Imagine this: you are at a birthday party and at some point during the evening the topic changes to cars. Everyone around the table is bragging about the in-car-entertainment system in their lease Polo and the speed of their Tiptronic gearbox, and then all eyes turn to you.
What do you say? Blue 2-door Toyota Corolla, 16 inch alloys, 4-cil engine with little creature comforts… not exactly the stuff of legends right? Right? 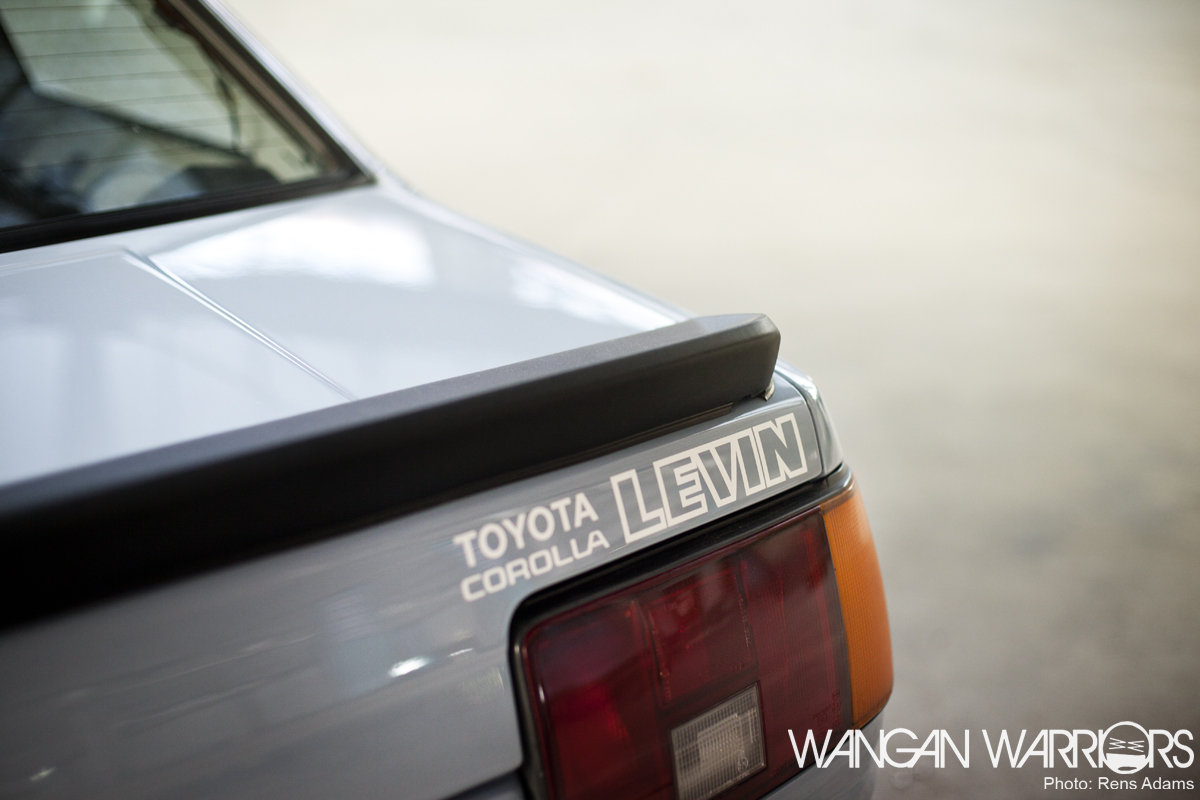 Enter Aram’s Levin, or more commonly referred to as an AE-86 or Hachiroku. After its release in the 80’s the AE86 would quickly reach hero status in Japan where it was marketed towards a younger demographic for relatively cheap prices. Street and touge racing were at an all time high and the AE-86 quickly became one of the cars to beat. Especially the GT-S types with their 4A-engines and disc brakes on all corners were capable of some impressive downhill runs. 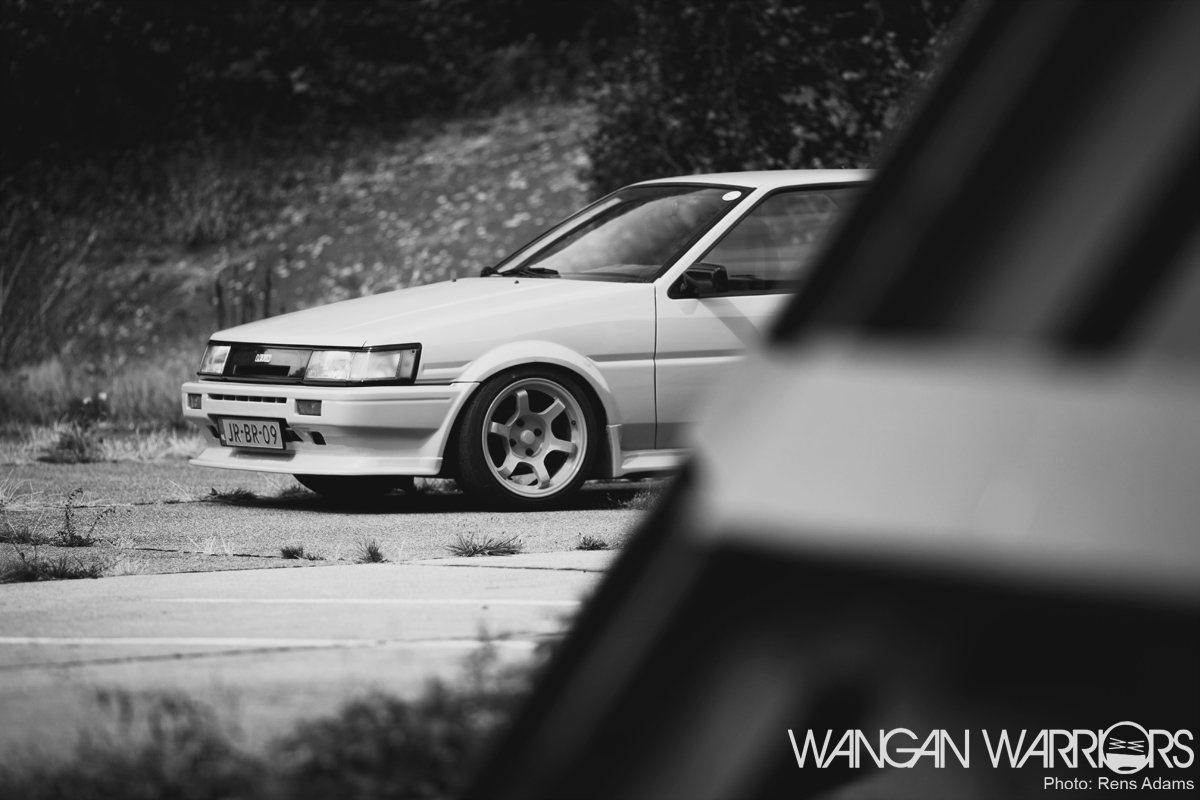 Whilst not quite as popular as the popup-light-faced Trueno(protagonist in the famous anime-series Initial D) the Toyota Corolla Levin is nowadays a very sought after vehicle, especially one in good condition. Aram acquired his car as an incomplete and very rusty shell. Most people would have chucked it in the bin, but Aram did quite the opposite and over the course of a few years this knackered shell has turned into the car you see before you. 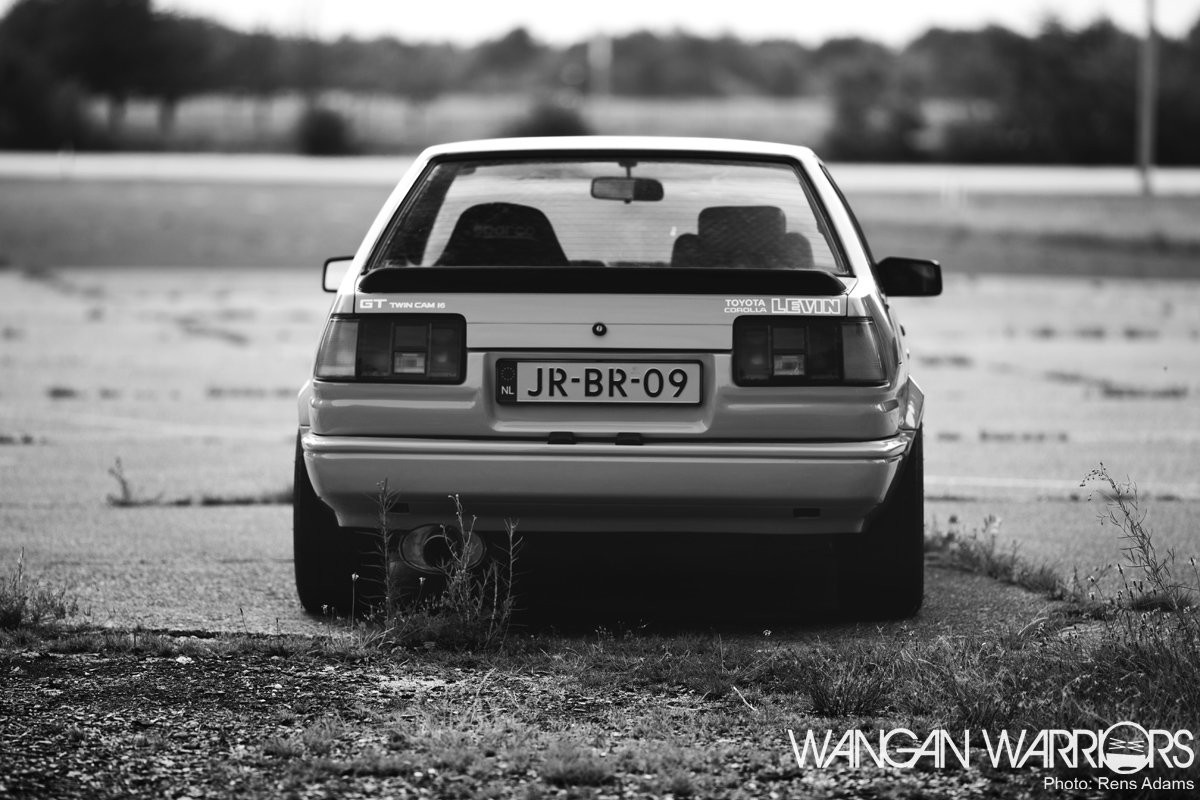 The build quality of this particular car is truly astonishing. During the restoration works no expenses were spared in order to get a better-than-new result. For example; parts of the rear of the chassis were replaced/recreated because they were too far gone. Great care was taken in doing everything exactly right resulting in perfect panel fitment. 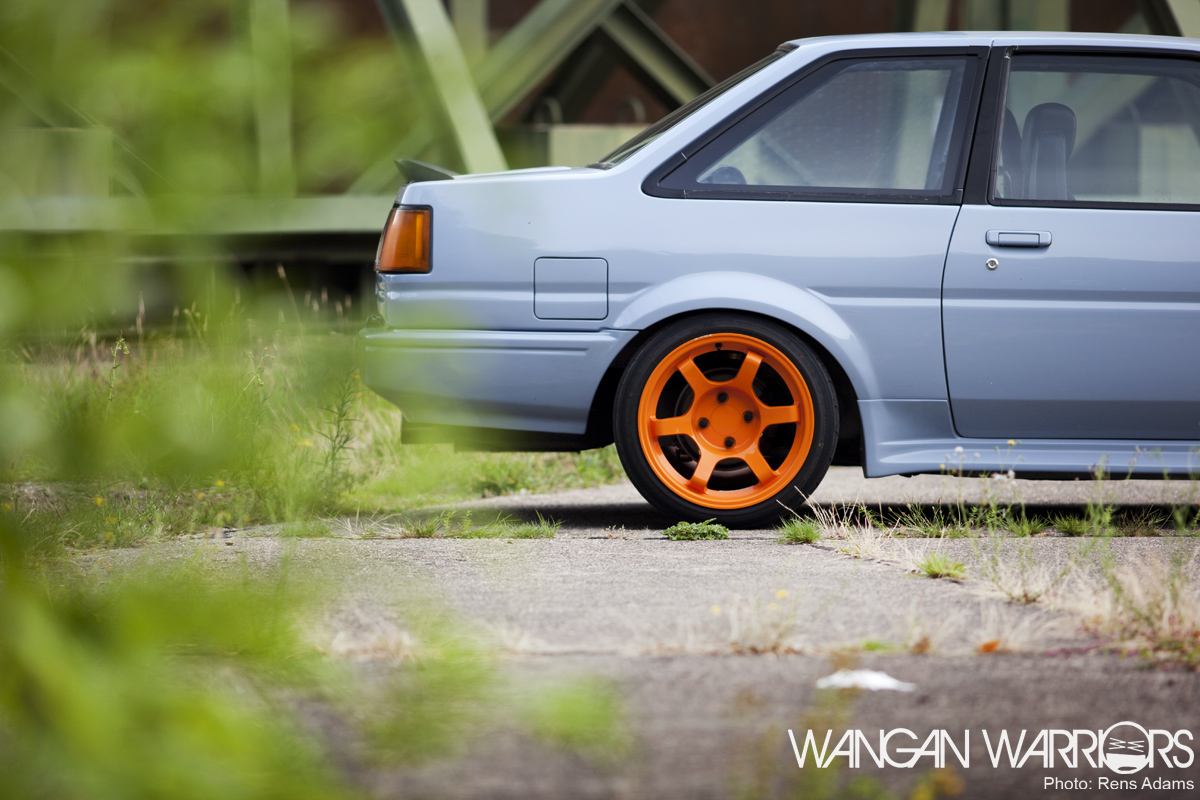 All of the windowtrim was replaced too and the B-pillar was wrapped matte black to tie everything together. The car is rolling on bright orange TE-37 replicas wrapped in sticky rubber to get the look that Aram wanted. Looks aside, this setup makes sure the car has ample grip for some proper cornering. The car is running on a custom set of GAZ coilovers to give it the correct ride height. 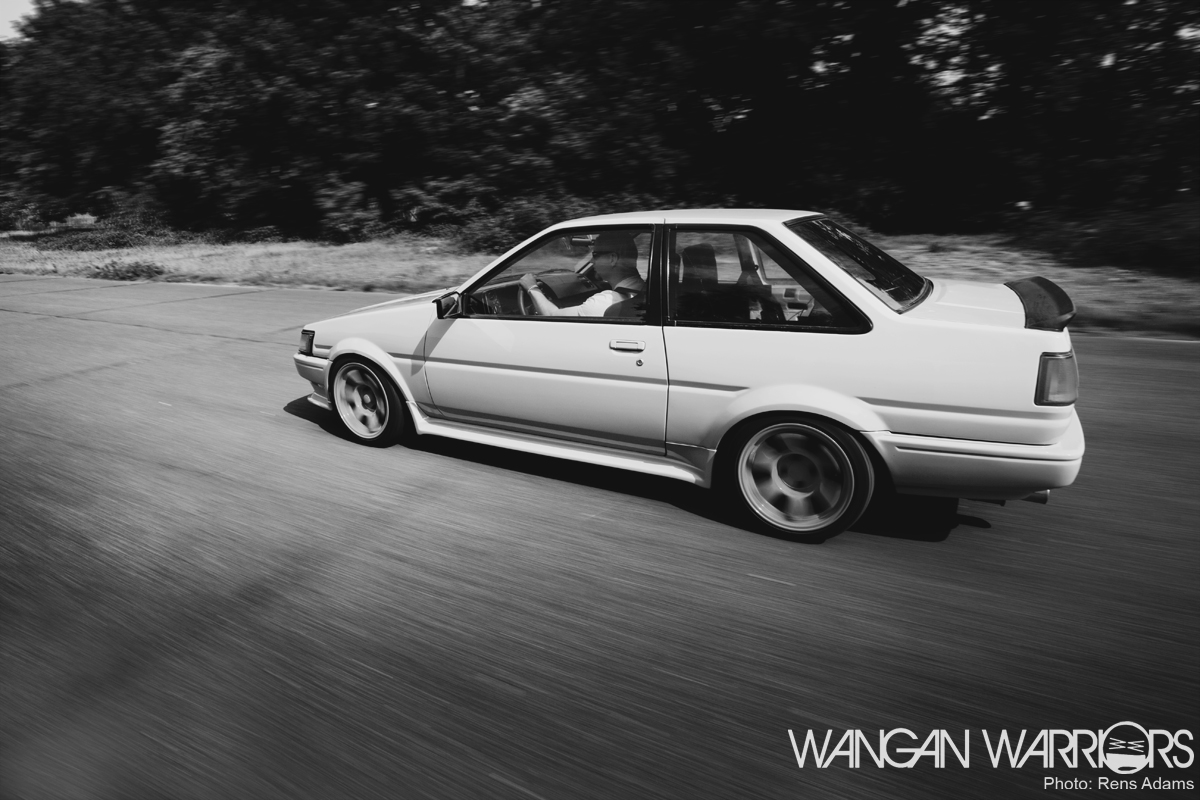 BTW, did I mention the build quality? Yes? Oke, good, ‘cause it is very high. The entire shell has been stripped to the bare metal, all of the suspension arms have been sandblasted, powdercoated and treated to brand new bushings. Every nut, bolt, washer, bracket etc. has been cleaned and re-plated or painted to make sure this car will last for many more years to come. 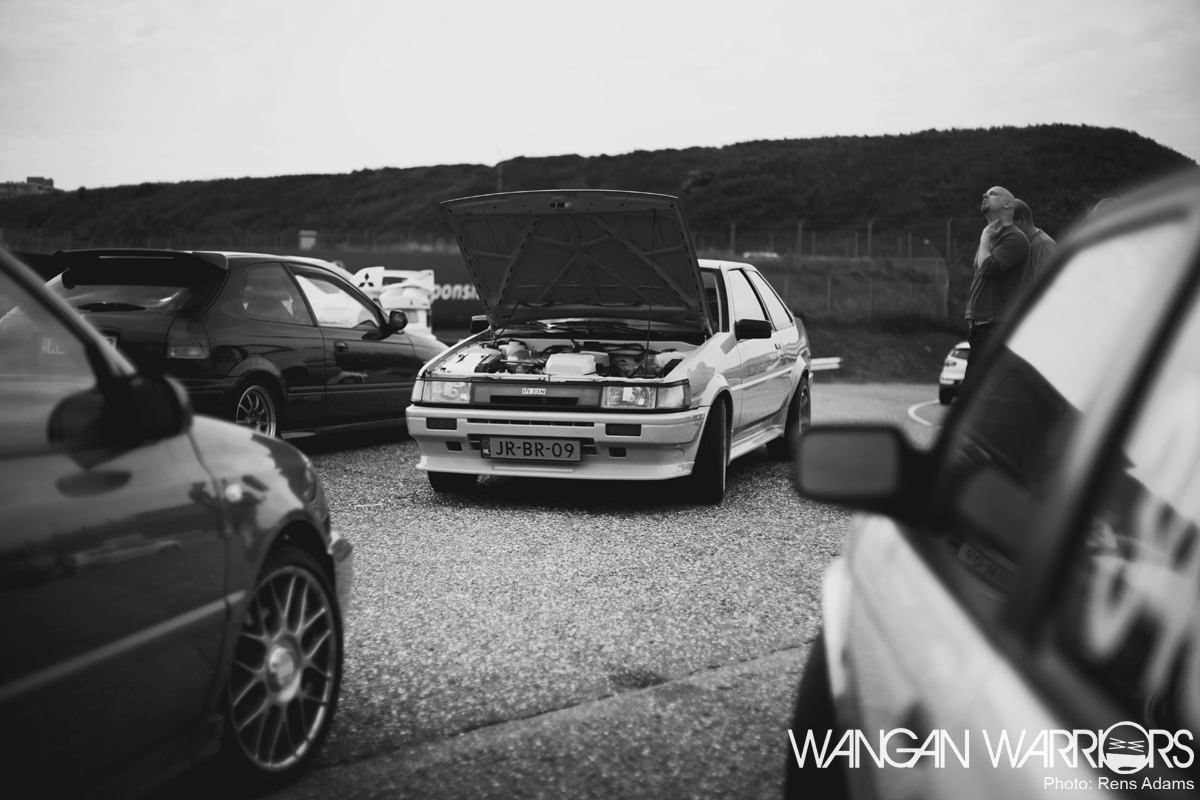 When I mentioned in the intro that the car is a two litre, Toyota enthusiast must have noticed that something is odd. The car came originally as a 1,6. Was it a typo? Is it a plane? Is it a bird? Nope, it’s a BEAMS. 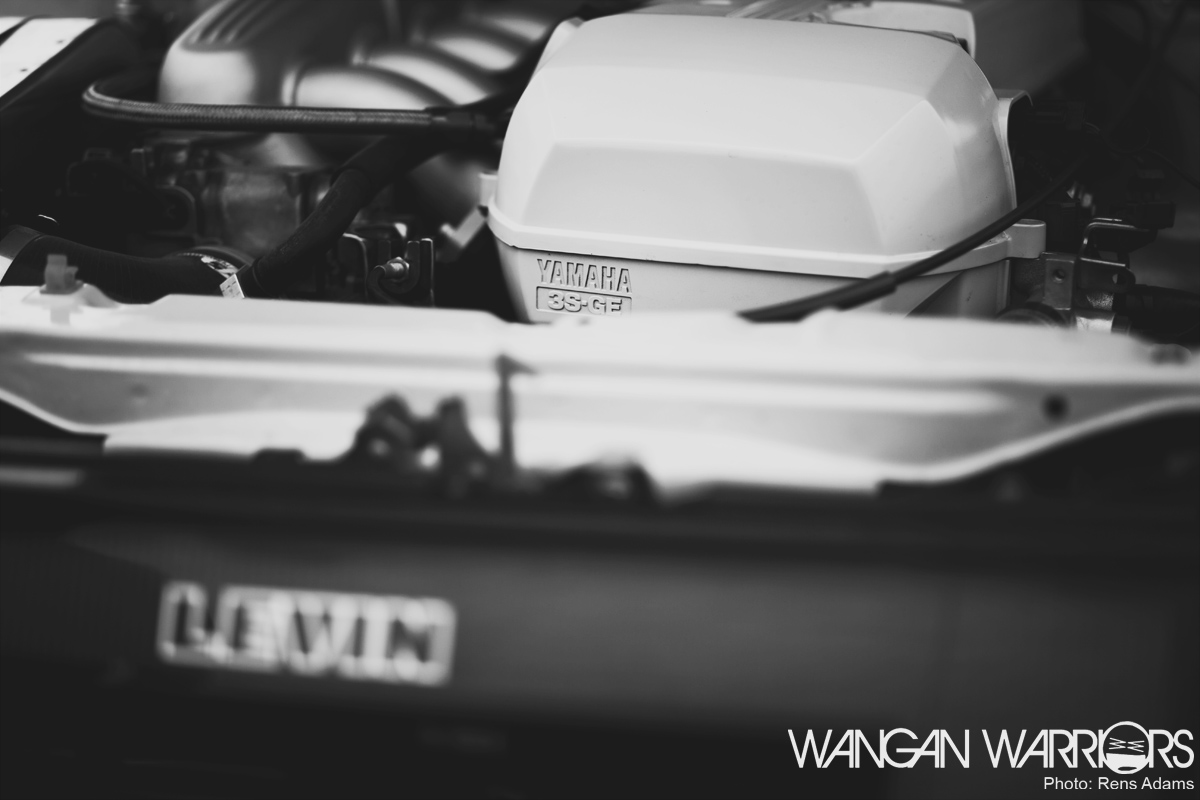 Just look at it! Eyegasm. This is the stuff that makes girls need to change their panties!
Oke, I might be overdoing it slightly, but here is why. The Toyota 3S-GE Beams is a 2l full-VVTi naturally aspirated engine that was built in cooperation with- and tuned by Yamaha. Whilst N/A 2l power is normally associated to Honda’s K20 engine(which is another awesome piece of engineering) the Beams sure gives it a good run for its money. 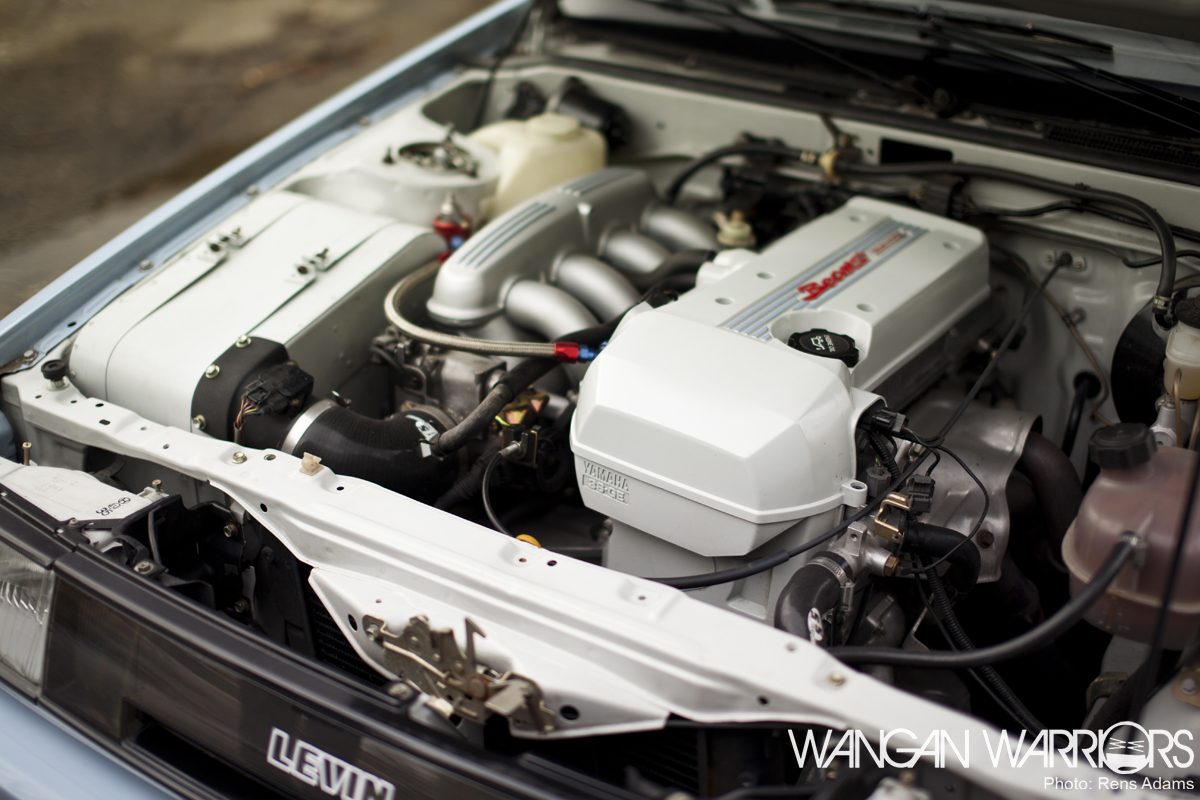 Featuring titanium valves and a compression ratio of 11.5:1 it pushes out over 200HP at the crank which, when mated to the 6-speed gearbox that came with the engine, sends this little Hachi flying whenever the owner wants to! The attention to detail continues here in the bay with the freshly plated nuts and bolts giving it that OEM+ finish. 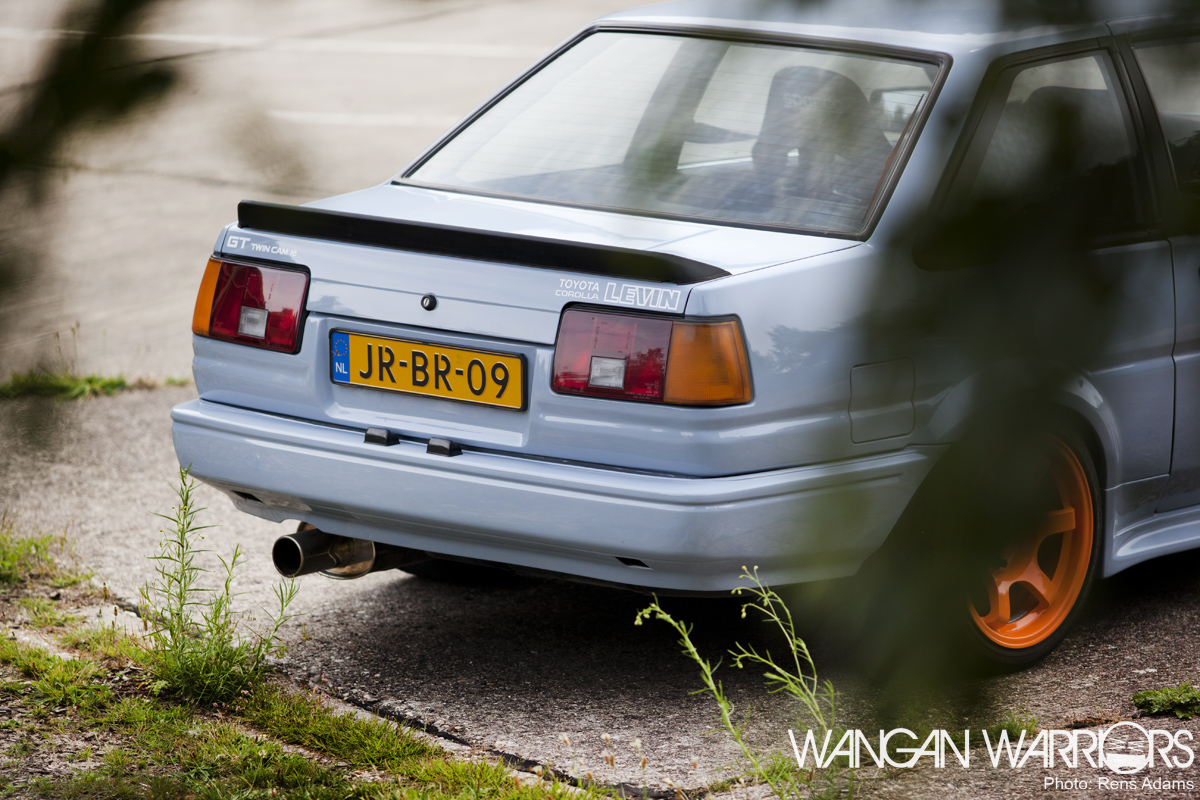 The engine is mated to a custom stainless exhaust giving it a nice presence without being rudeboy-loud. The small black ducktail accentuates the rear of the car nicely too. Interior wise, the car is relatively stock with the exception of a Sparco bucket seat for the driver and an aftermarket steering wheel. 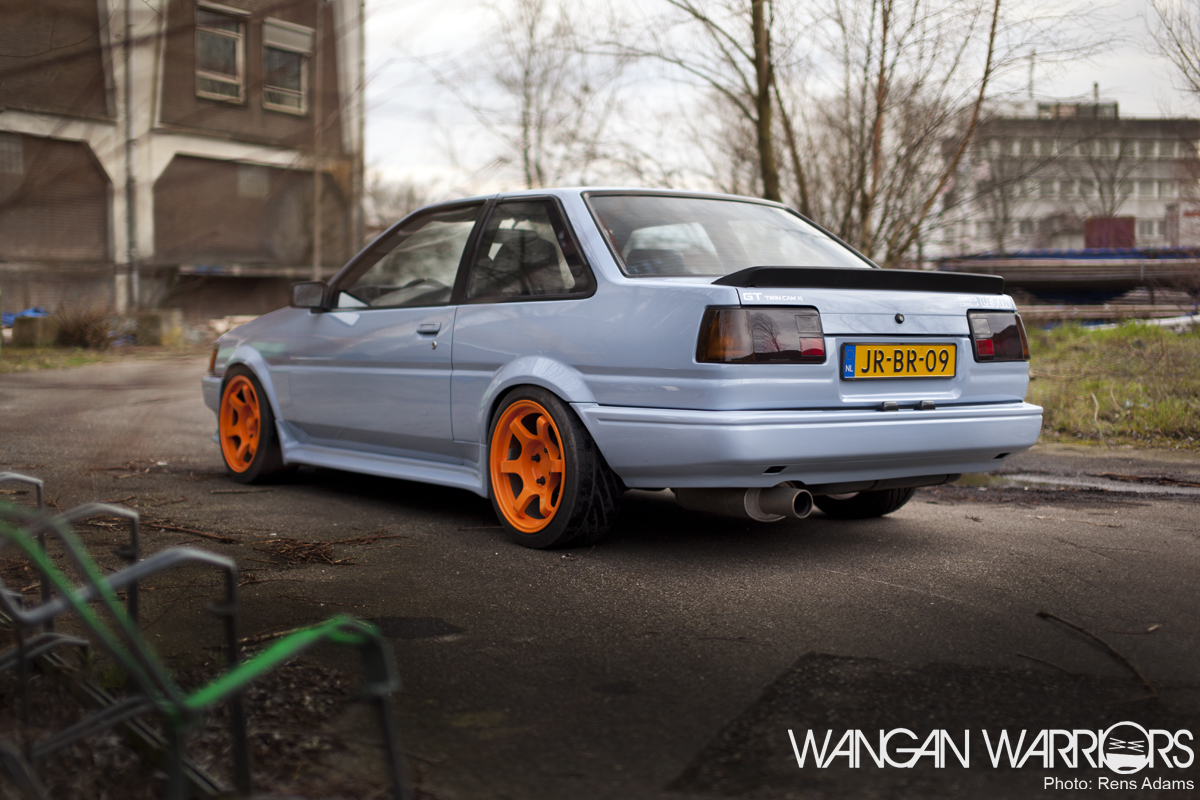 Aram has managed to create an awesome car that breaks quite some necks when it drives by.
Sure, not everyone might like the modern exterior styling but you cannot deny the sheer amount of time, money and dedication that has gone into this car to make it as it is today.
It is a car that one can easily daily on the street yet it has the underpinnings of a maadd touge racer. The attention to detail is outstanding and I’m looking forward to see it again at one of the Wangan Warriors meets in the future!