1905 was the year the first Geneva Motor Show was hosted, attracting around 13.000 visitors. Since then this annual motor show has managed to grow considerably with visitor numbers passing the 700.000 mark (per edition) and establishing itself as one of the largest and most prestigious car shows in the world.

Thanks to Switzerland’s very favourable tax laws and its central position in Europe, the Geneva Motor Show has been able to attract a lot of high end manufacturers and is most famous for the biggest supercar debuts of the automotive world. 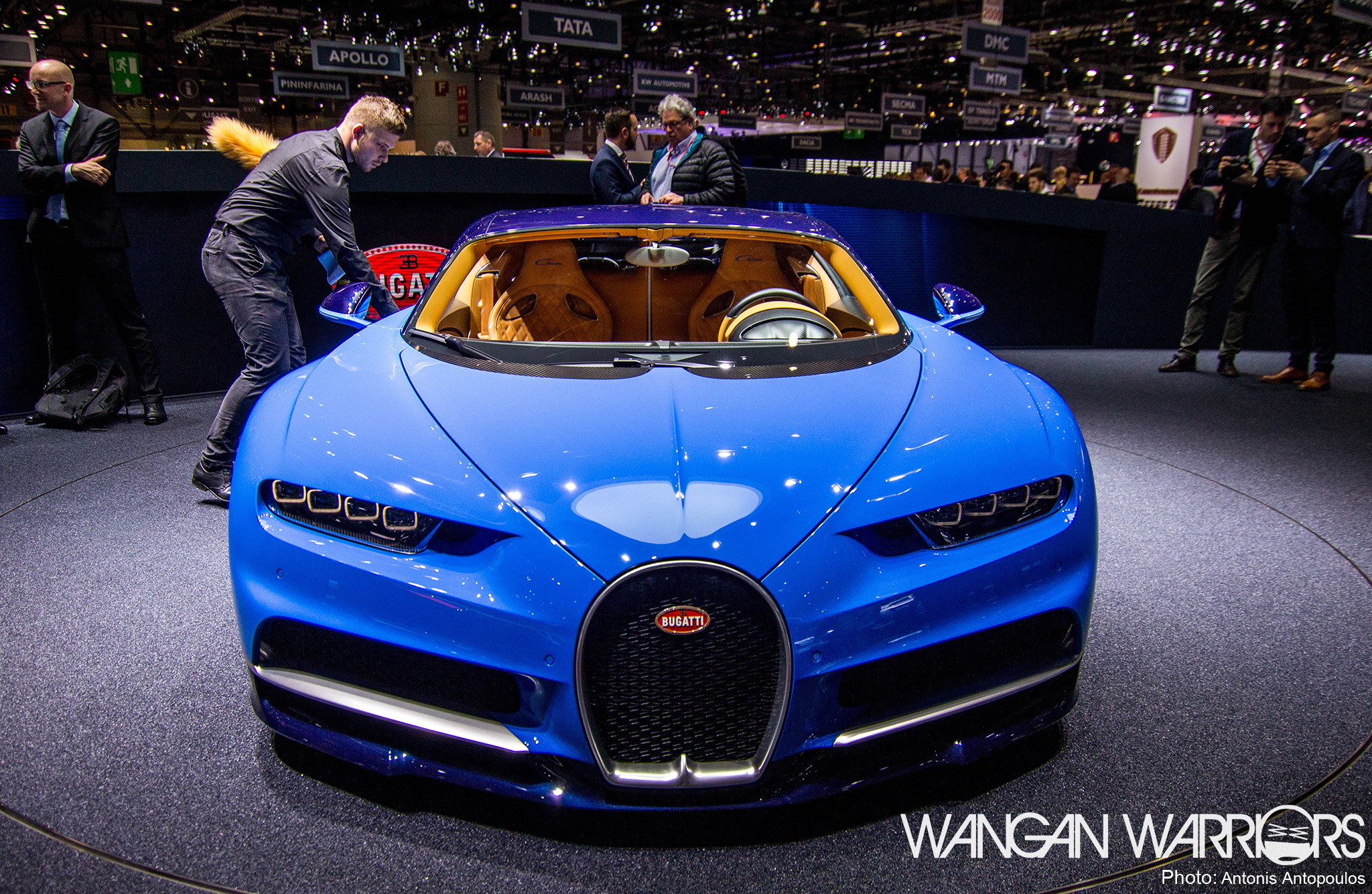 This year was no exception with the debut of the latest recordbraking supercar by Bugatti, the €2,4 million Chiron. The word goes that if you have the bankroll and would place an order today, you would have to wait a whopping three years for your car to be delivered. 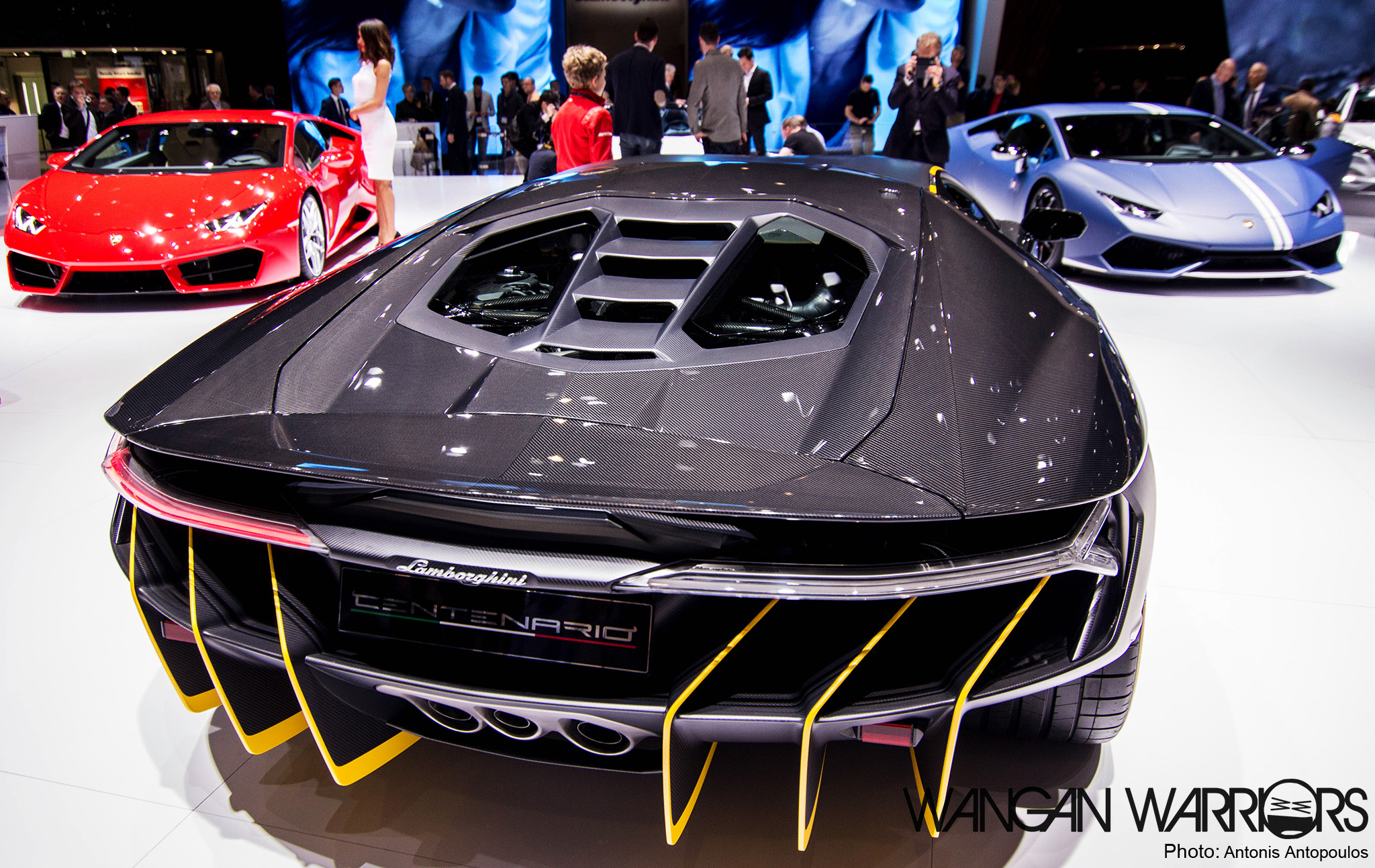 Here is another first, a limited-run, all-carbon Lamborghini Centenary. Which apparently was sold-out even before it was unveiled… That supercar collector life ain’t easy. :) 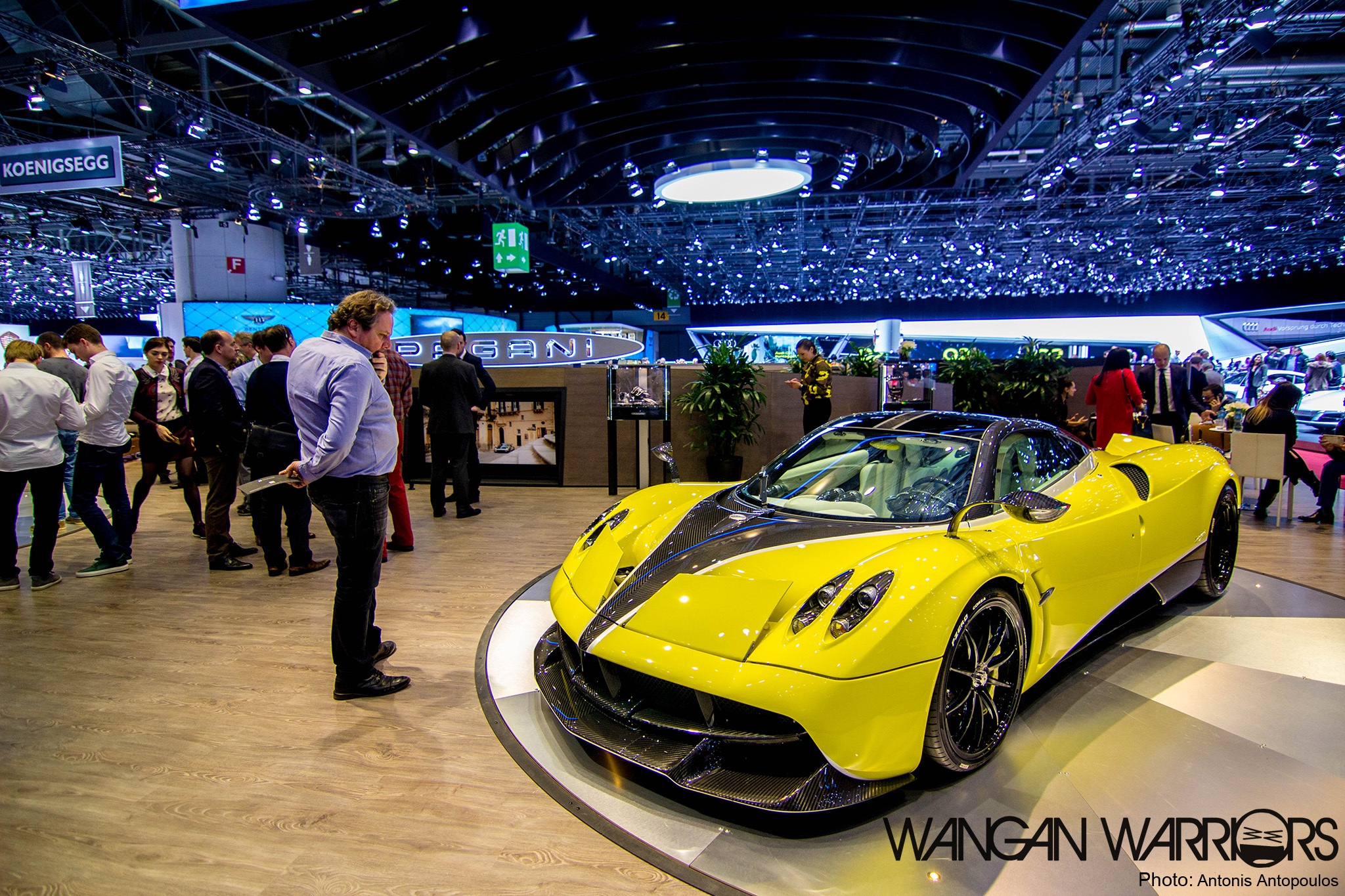 This Pagani Huayra in Yellow/Carbon was my personal favourite of the show. Performance figures aside, Horacio Pagani truly makes artworks on wheels and not just mere cars. Pictures do not do this car enough justice for the amount of “presence” it has. 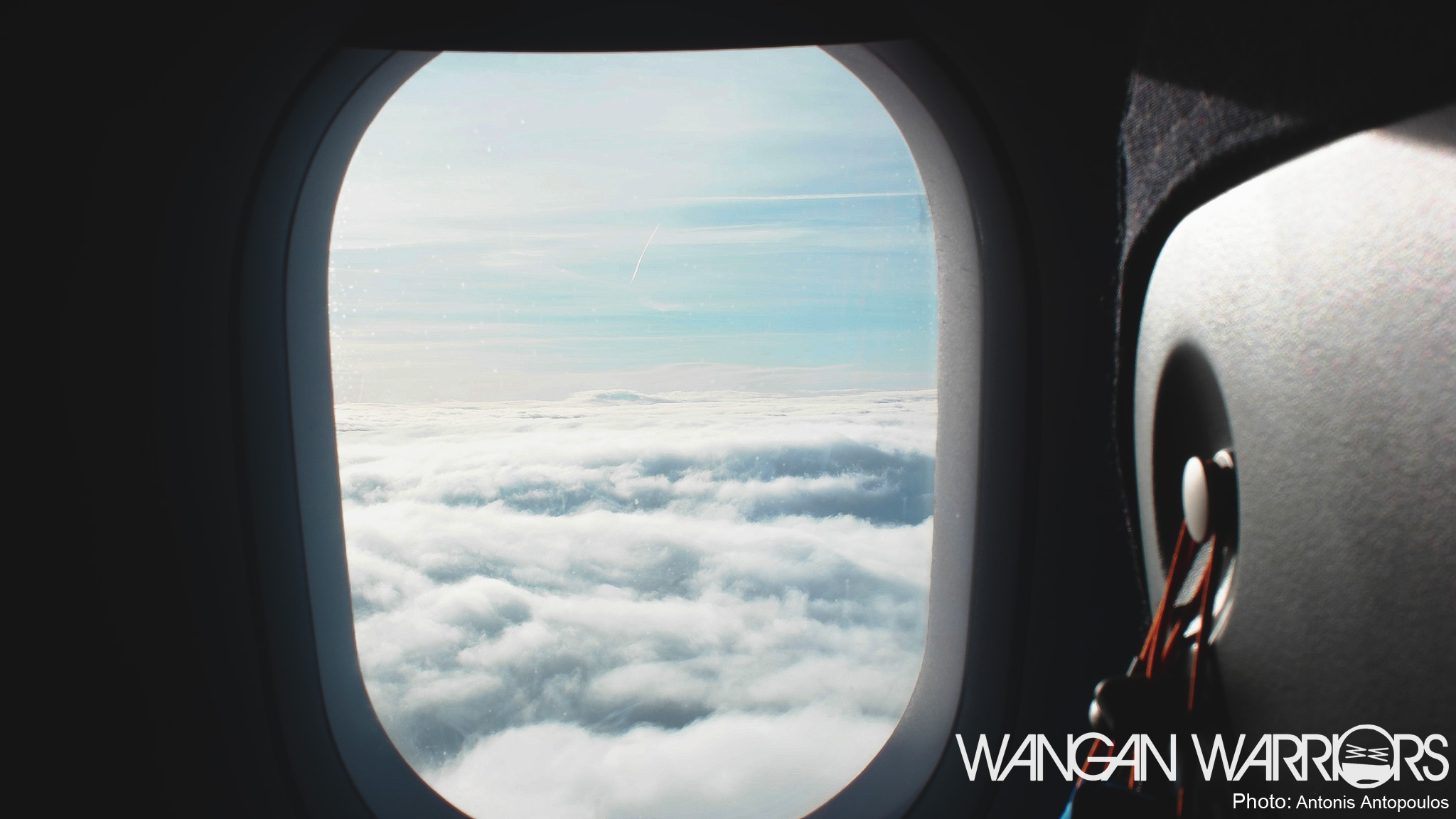 Now the best part about the Geneva Motor Show is that it’s actually very easy to attend and visit for yourself.
Since the show is hosted at the Palexpo, a big convention hall directly next to the Geneva Airport, the best way to get there is by plane.
There are many early flights you can book to Geneva from several European cities such as: Amsterdam, Dusseldorf, Paris, London, Brussels, Rome, etc. with ticket prices ranging between €100-€200. 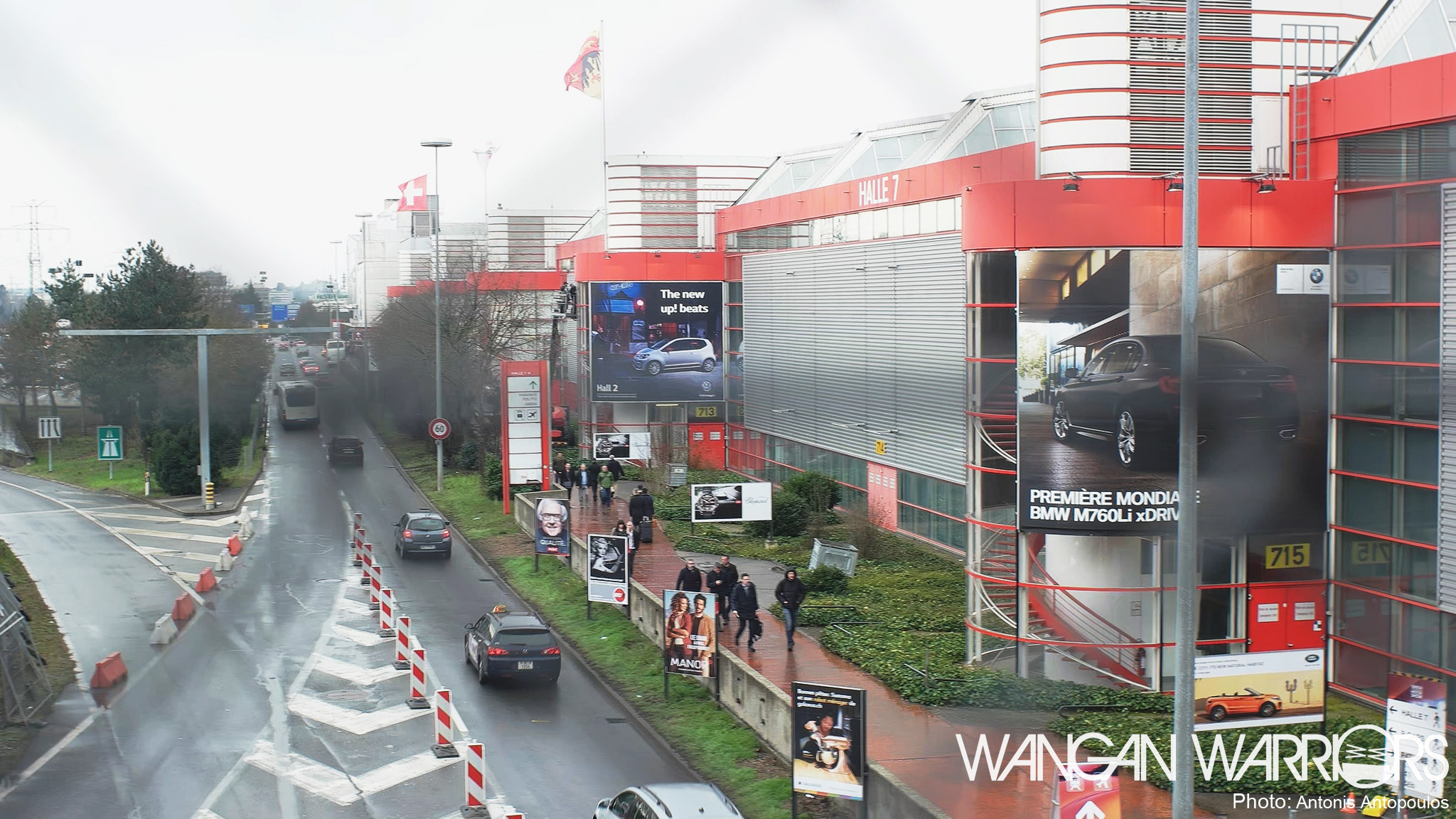 Once you’ve arrived at the Geneva airport, you only have a 10 minute walk ahead of you before you reach the Palexpo entrance. My advice would be to buy the tickets (€15) beforehand online so that you only have to scan them at the gate and in no time find yourself standing at the show. 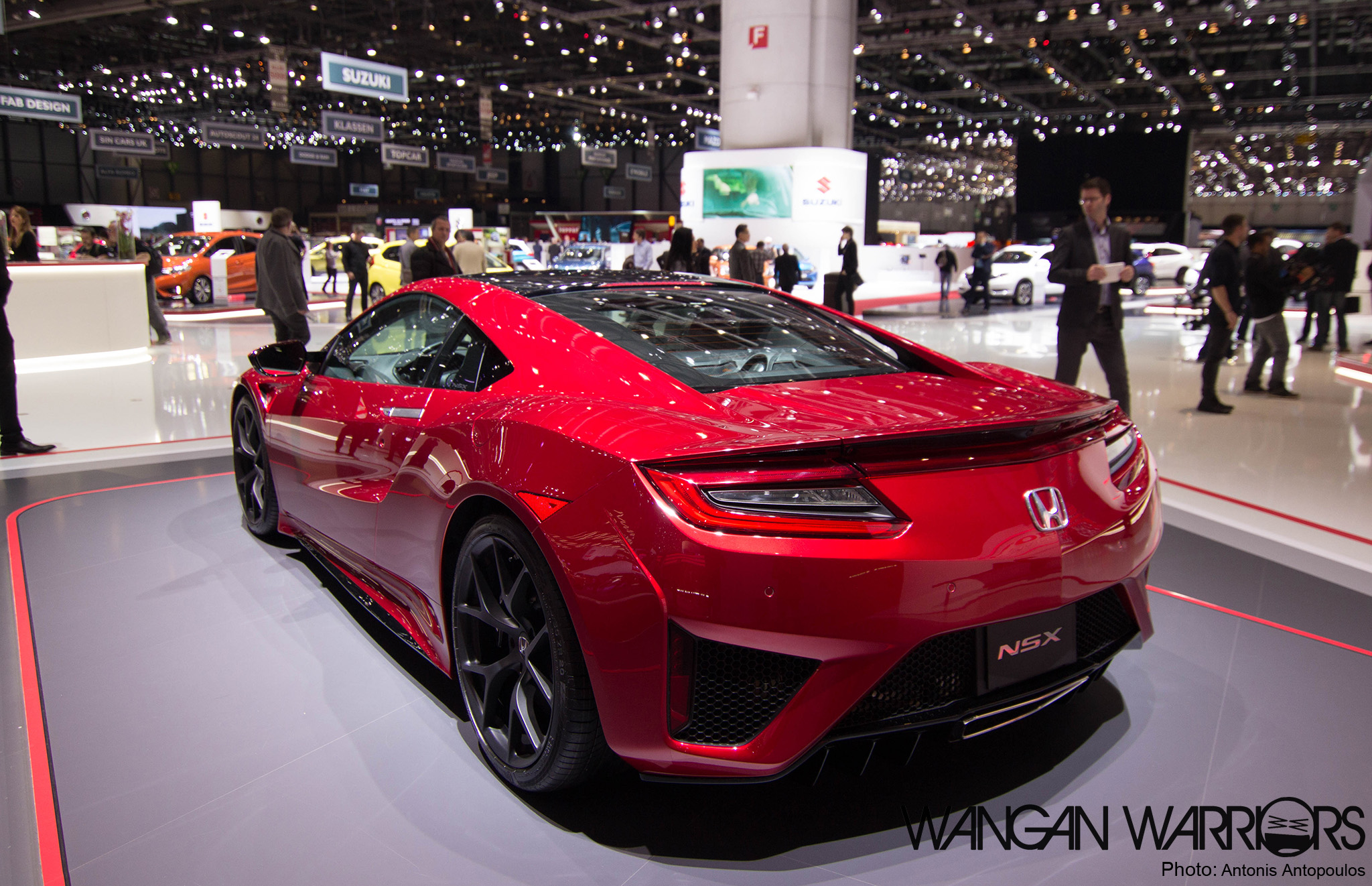 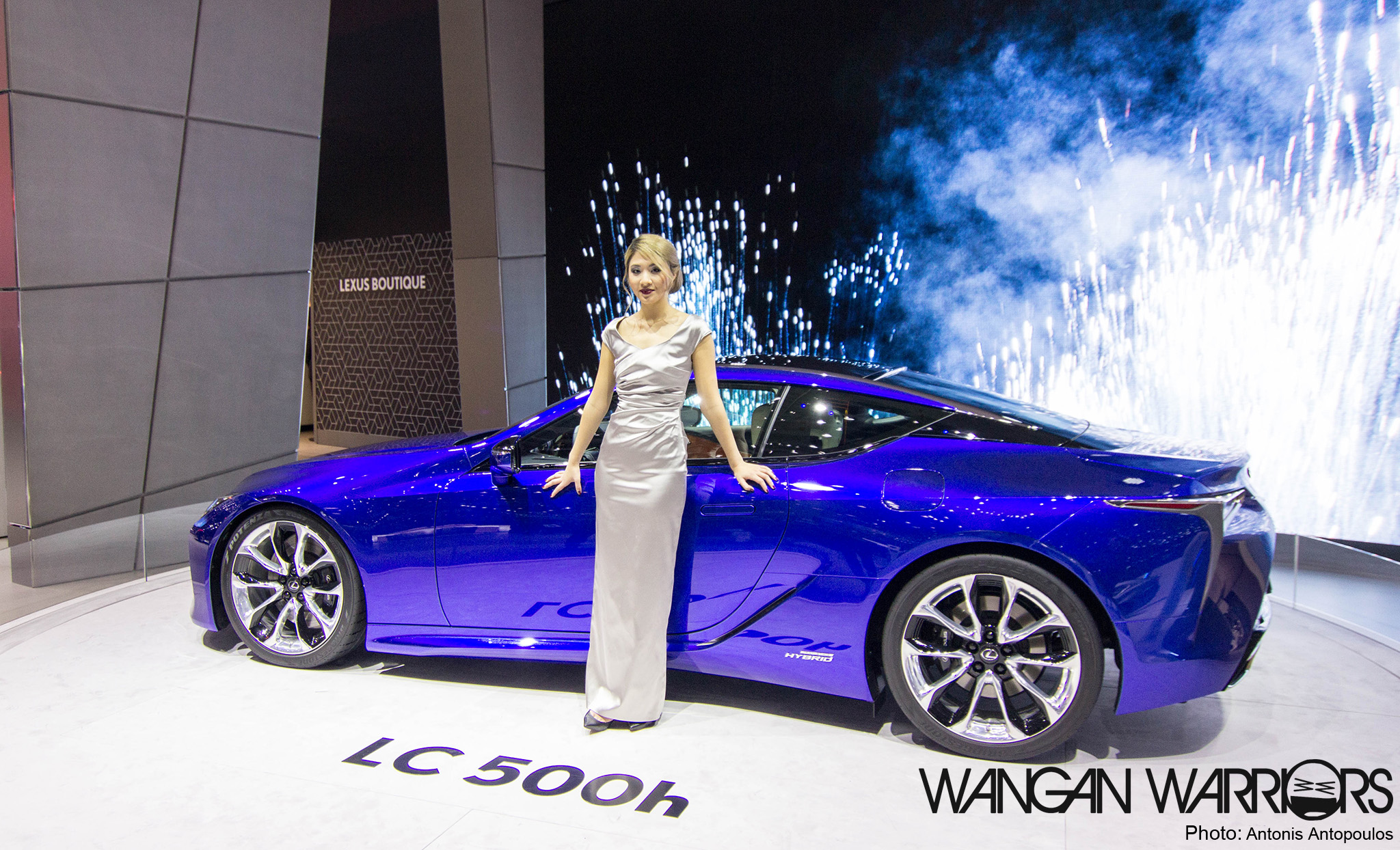 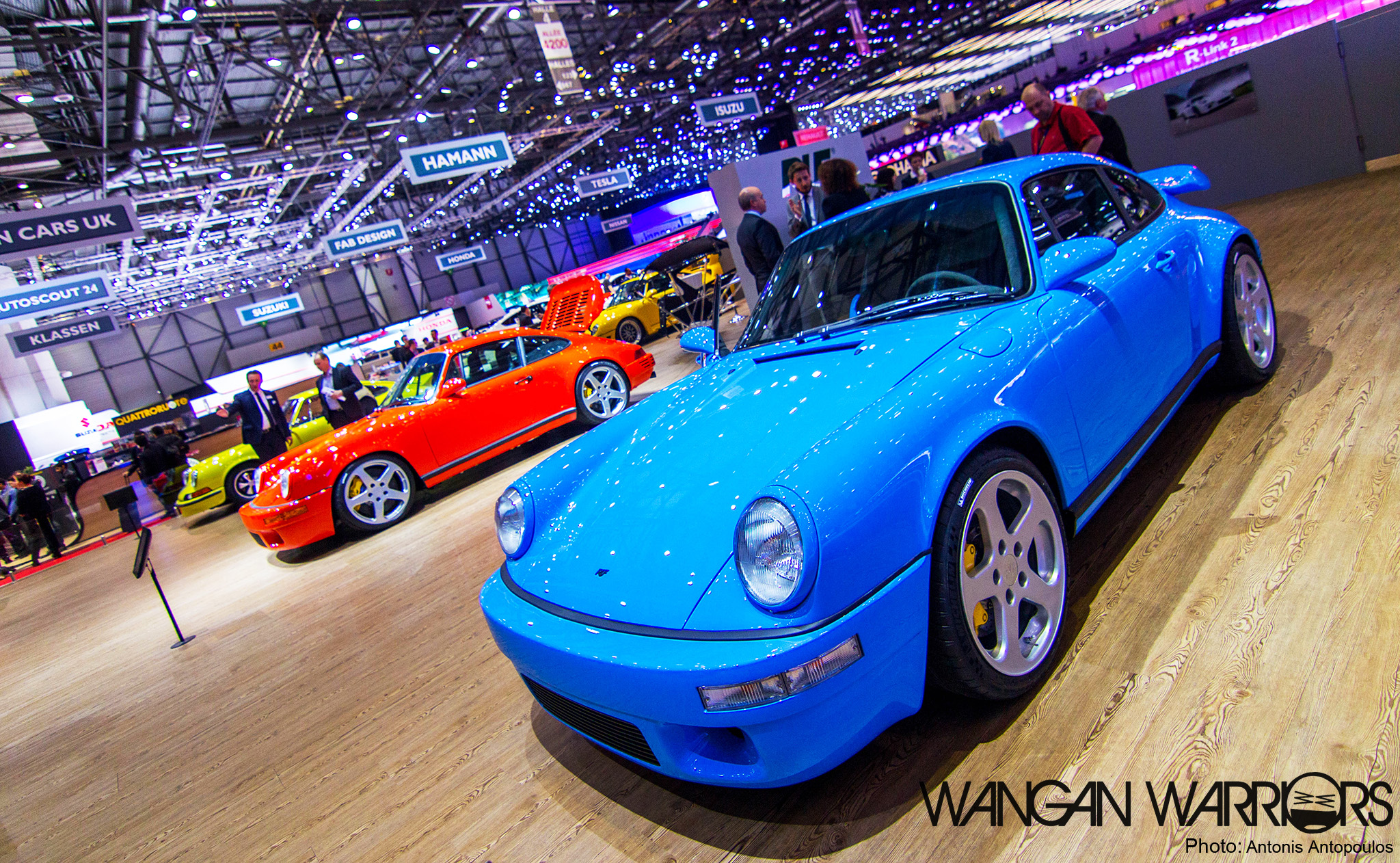 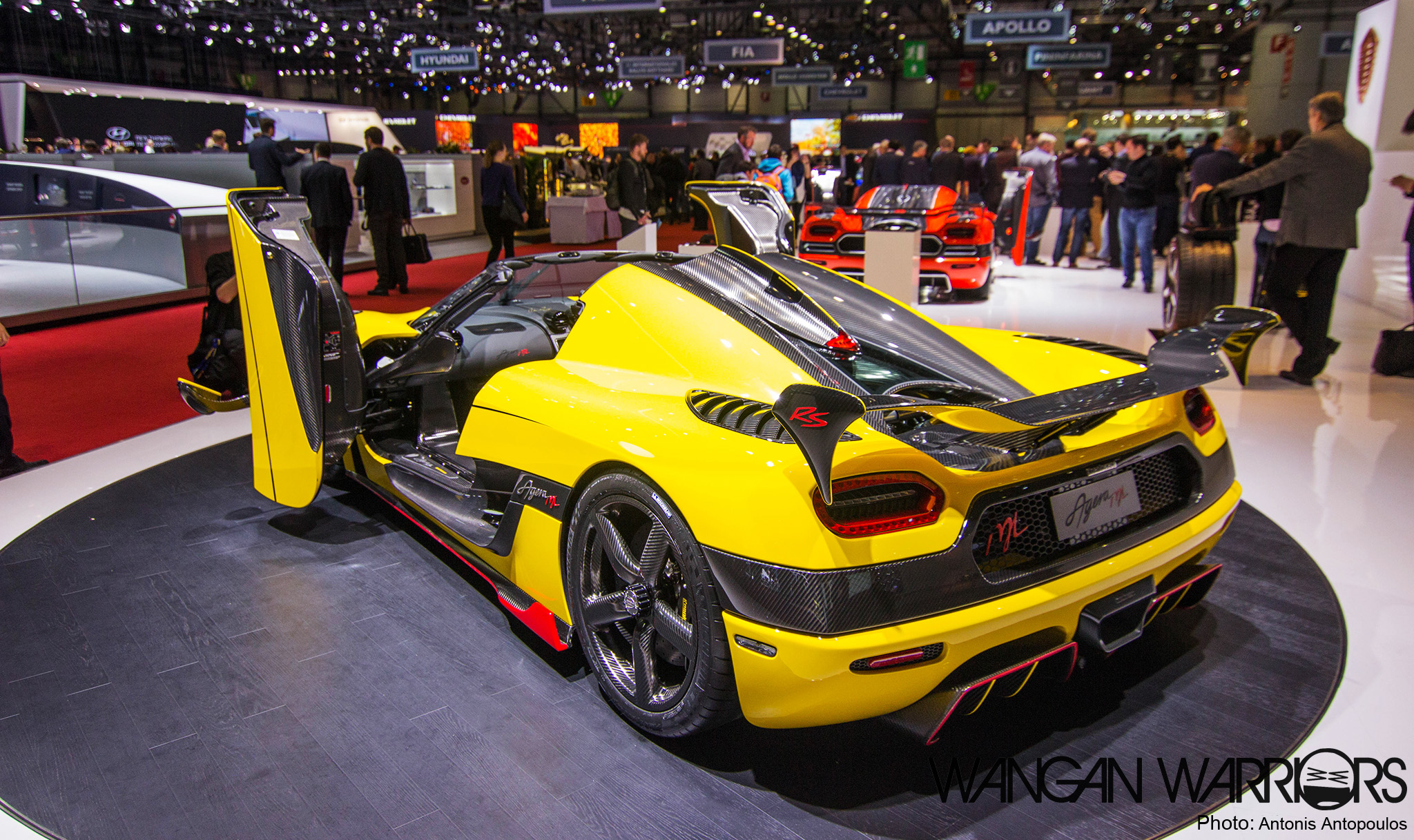 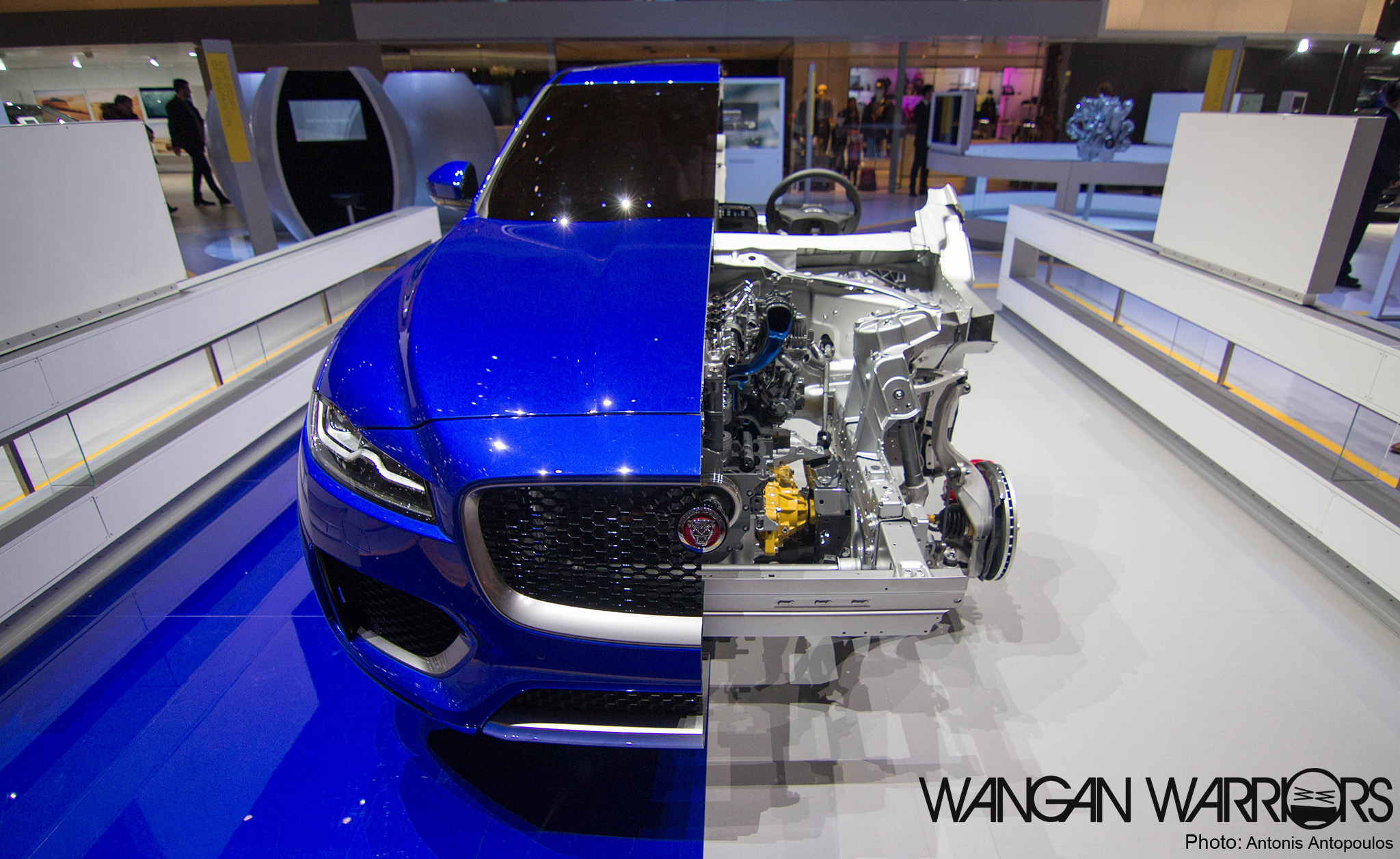 For the more tech savvy individuals out there who might get bored starring at unattainable supercars all day, the good news is that next to all the supercars there is actually a lot of techy stuff on display as well. Here we have a dissected F-Pace, Jaguar’s brand new SUV model. 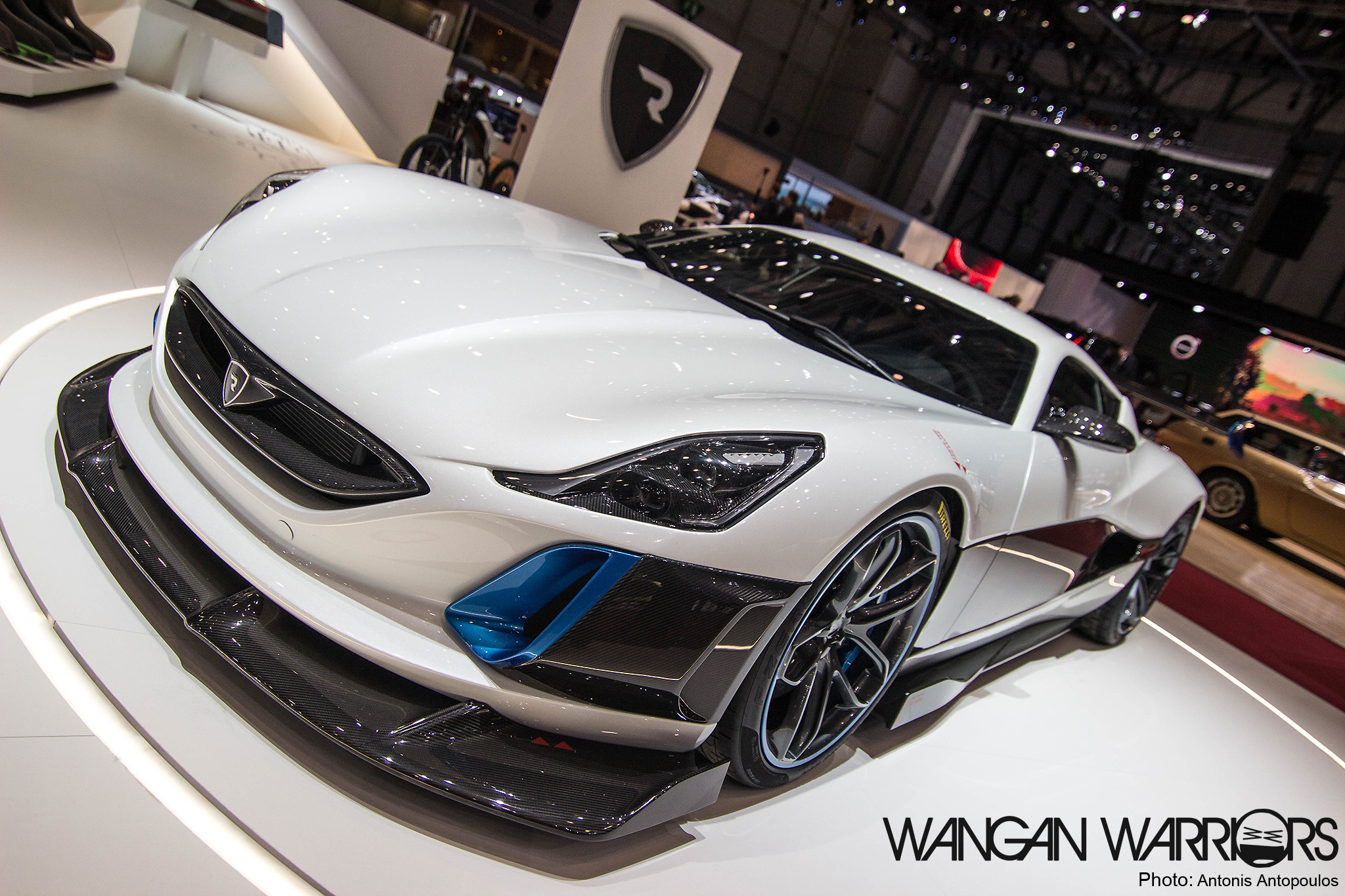 Another star of the show was the Concept S by Rimac. This 1384hp/1800nm track oriented machine is solely electric-powered yet capable of reaching over 300km/h, hits 0-100km in 2,5 seconds and…best of all, has a charge-range of 600 kilometers! It seems that electric (super)cars are here to stay. 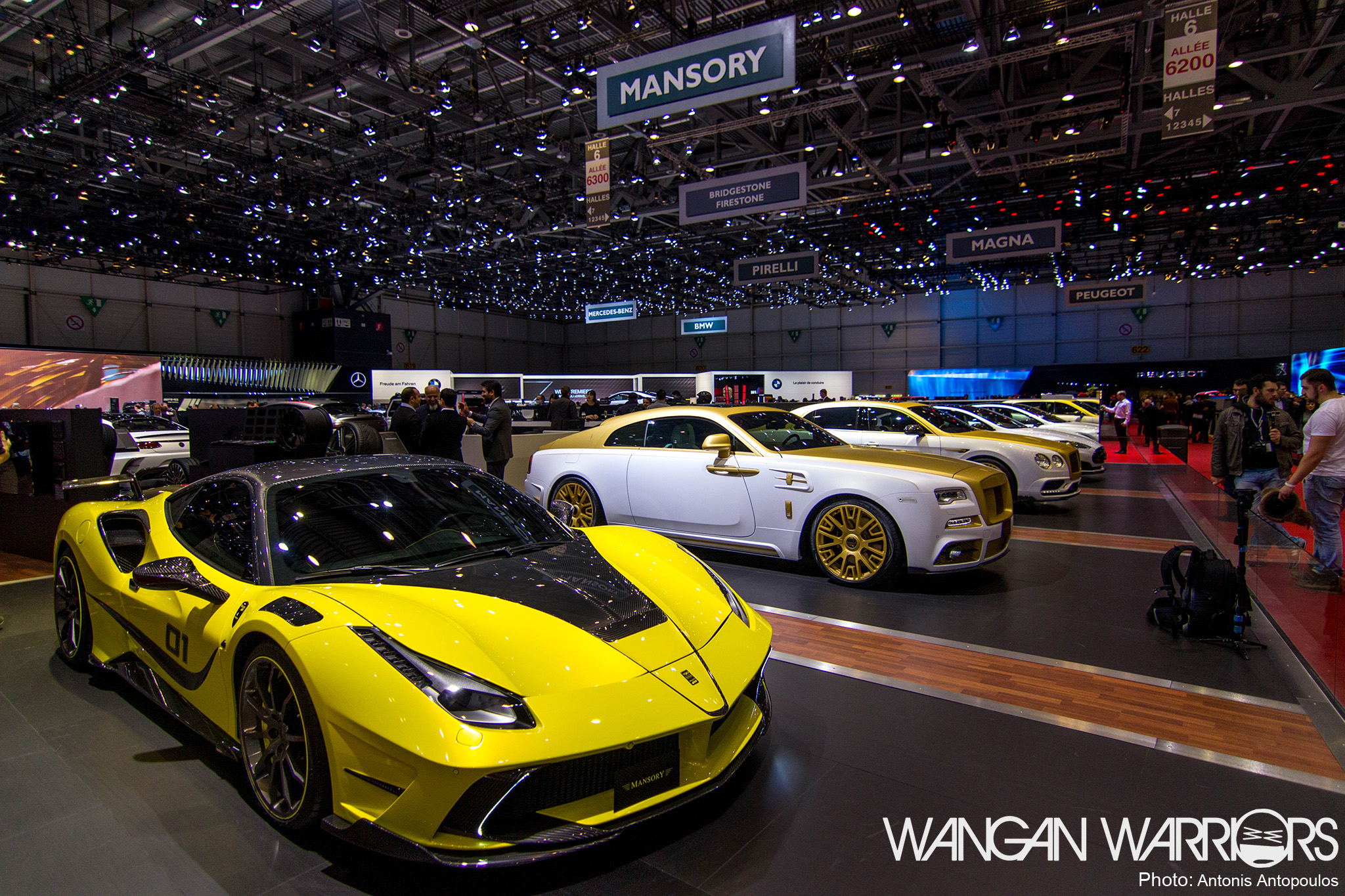 And here is something that you might have not expected. A tuning brand by the name of Mansory, one of the many high-end tuners who were also present at the show, displaying their latest styling products and modification. The bumper design on this particular 488GTB seams to have borrowed a couple styling cues from it’s bigger brother, the La Ferrari. 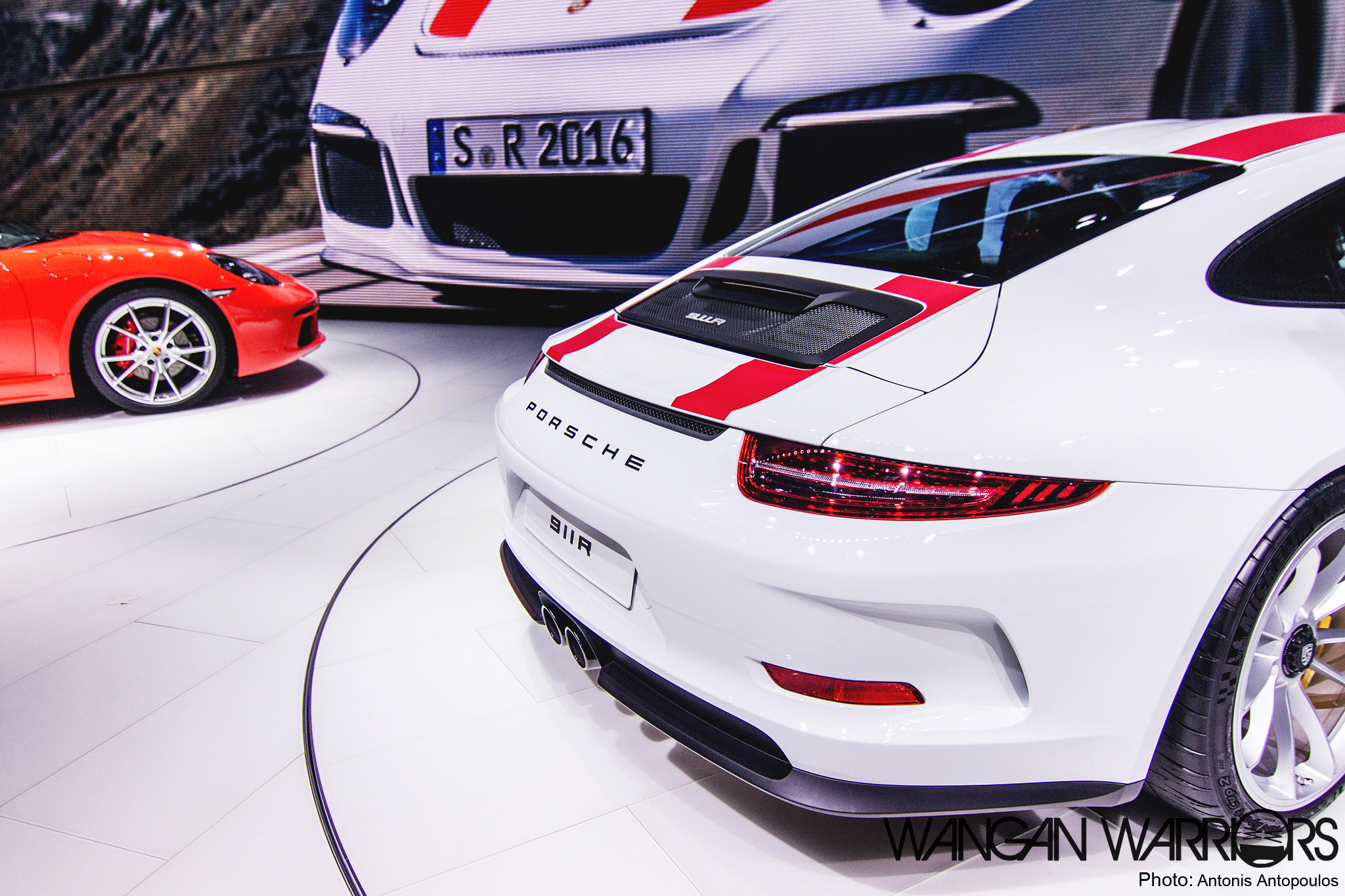 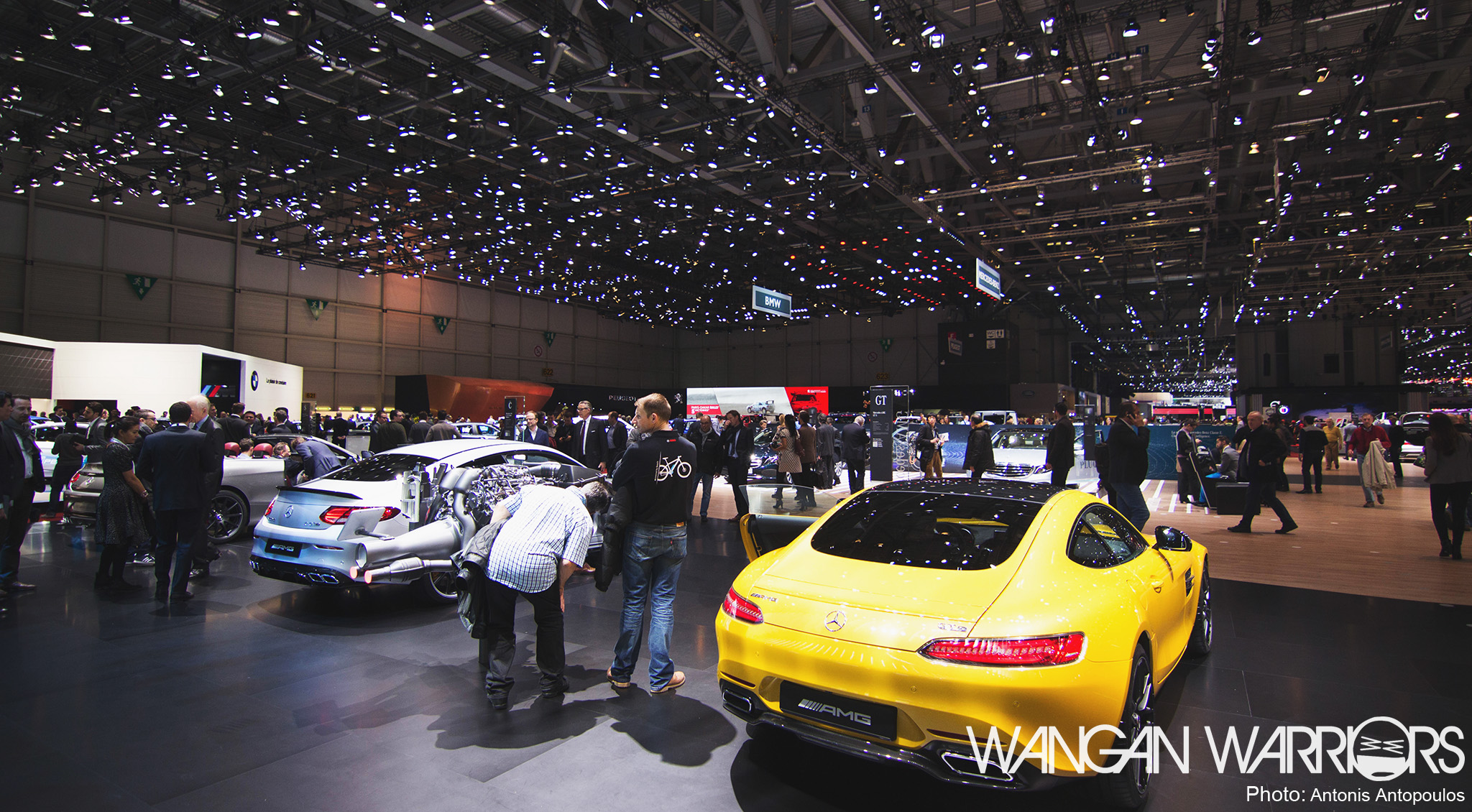 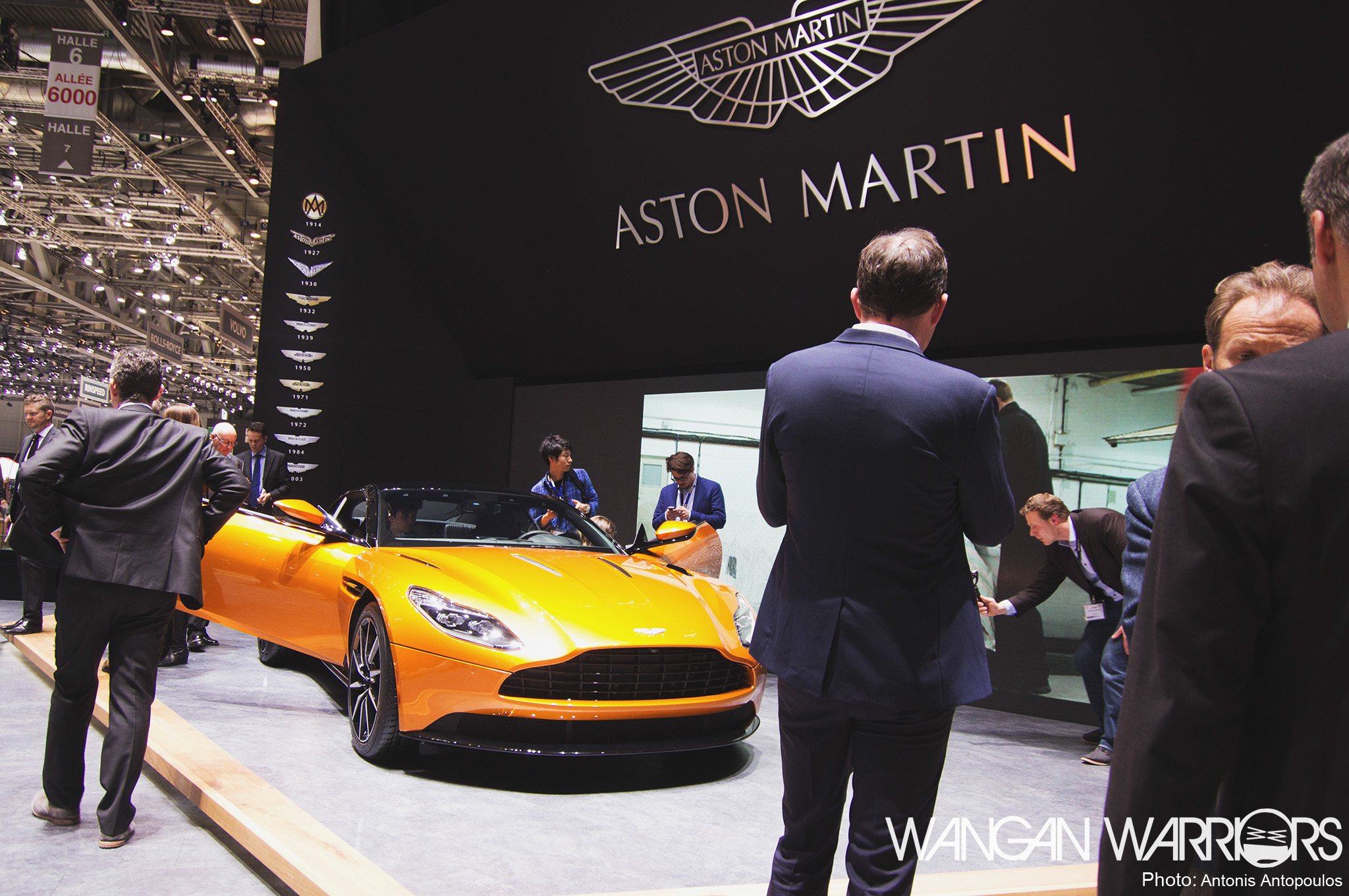 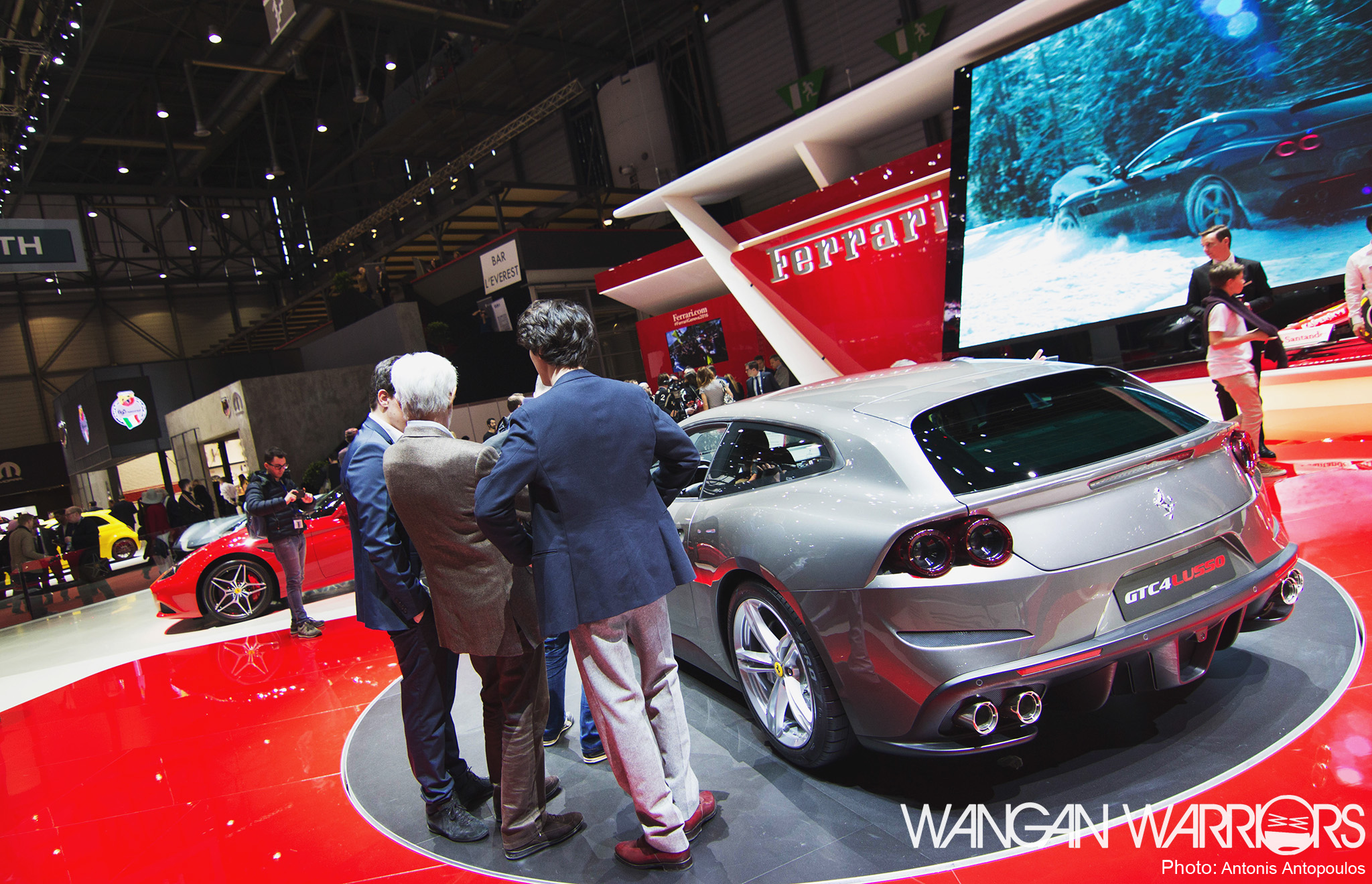 By the end of the day your feet should be getting pretty tired from all the walking and your empty stomach is now craving for that overpriced airport food. Perfect time then to head back to the airport lounge and reflect upon your days adventure at the Geneva Motor Show while you wait for your return flight in timely manner with your headphones bumping to Ice Cube’s “It was a good day“.