Imagine this for a second: You’re living in a village which is almost completely abandonded and left to dilapidate by your governement for many years. You’ve been living there most of your life, if not your entire life and you’re being forced in all kinds of ways to leave your home because of an industrial plan which will affect your village in a way you don’t want – demolition. This is exactly the case with a small place called Doel. Doel is an East Flemish village situated on the leftbank of the Schelde river just outside the harbour of Antwerp in Belgium. Since 1970 there have been plans to demolish this town for the expansion of the harbour. However, villagers have stood their ground in any way possible to prevent this from happening. 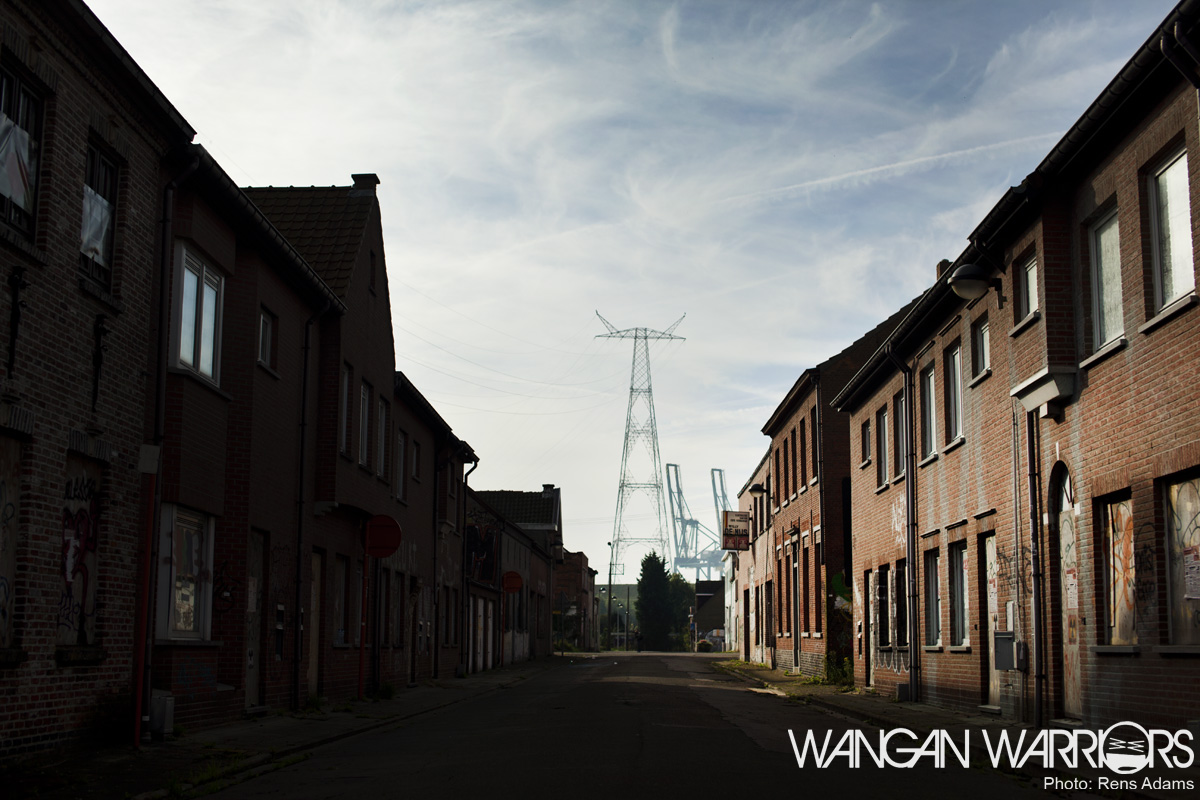 Currently Doel is the home of less then 30 residents which results in major desolation of the streets and buildings. All the deserted houses and buildings are torn down inside and out and have been vandalised by people on purpose. Still there is a campaign group called Doel 2020 who’s plan is to ensure Doel’s survival by turning it into a haven for street artists and other creative professionals. 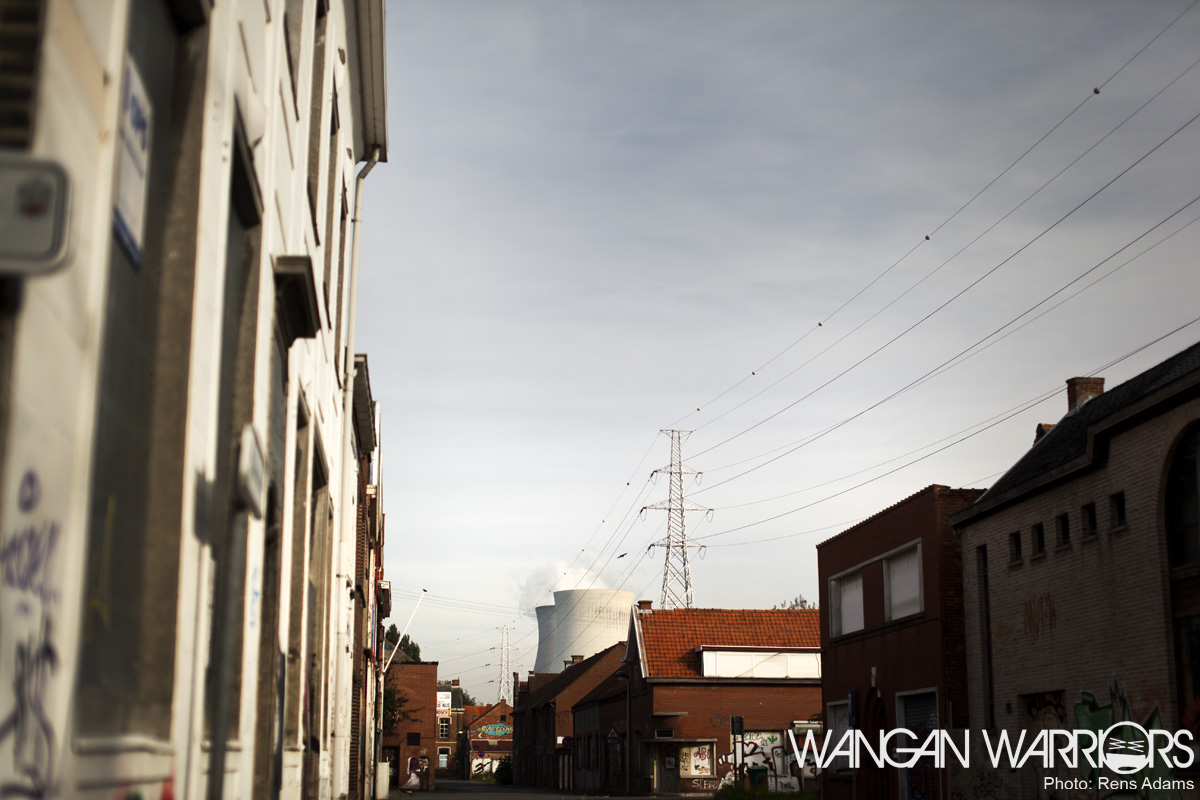 Aside from vandalism, the town has also been a decor for people with harmless intentions. There were movies or parts of movies filmed here, it’s been a place for artists to exhibit their creativity with graffiti artwork and it’s been a tourist attraction for everyone who took an interest in the history of this ghost town. 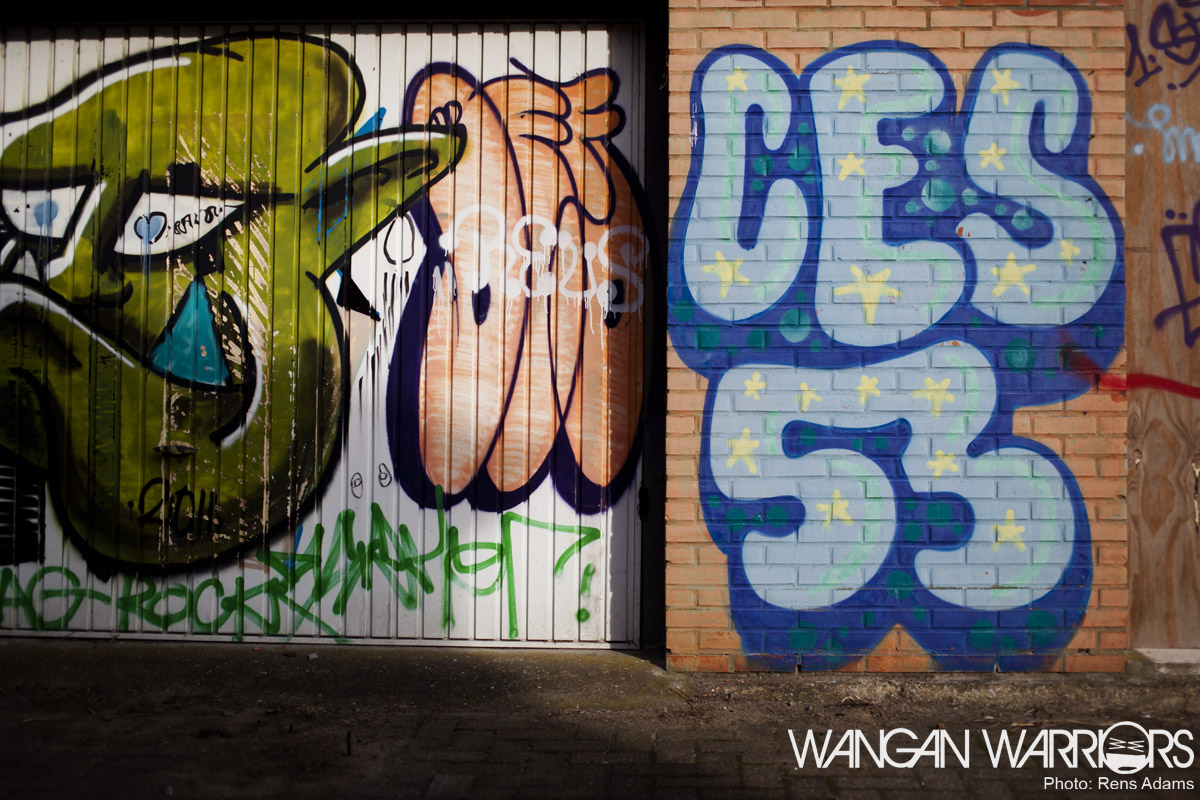 This weekend it was the venue for car enthousiasts to visit DMPD Finest and let’s be honest here, could there have been a better location than Doel? I don’t think so. The organisation pulled it off again and should take pride in putting together these events because it’s always a treat for us all! 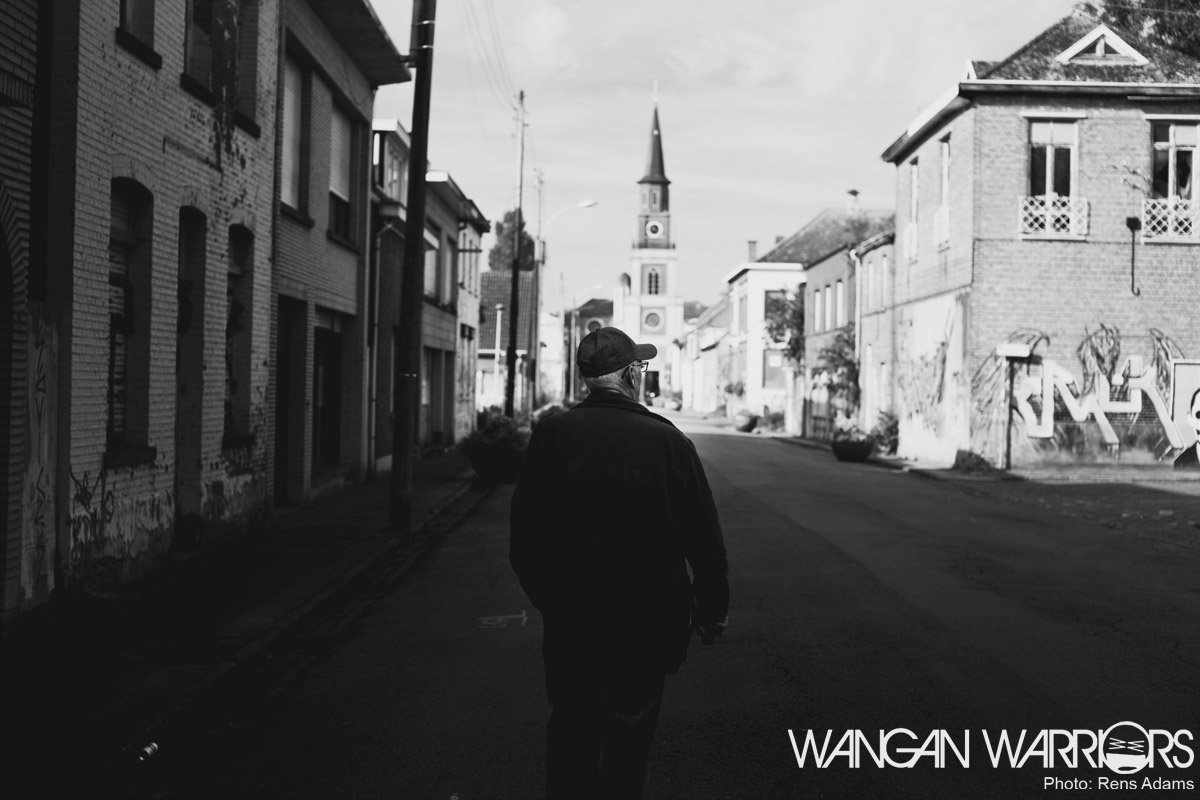 It was still a sad sight to see locals strolling around in the deserted streets in the early morning but luckily DMPD was about to change that for this day. As we were scouting possible photoshoot location at one side of the town, the other side was slowly filling up with some of Europe’s finest rides. 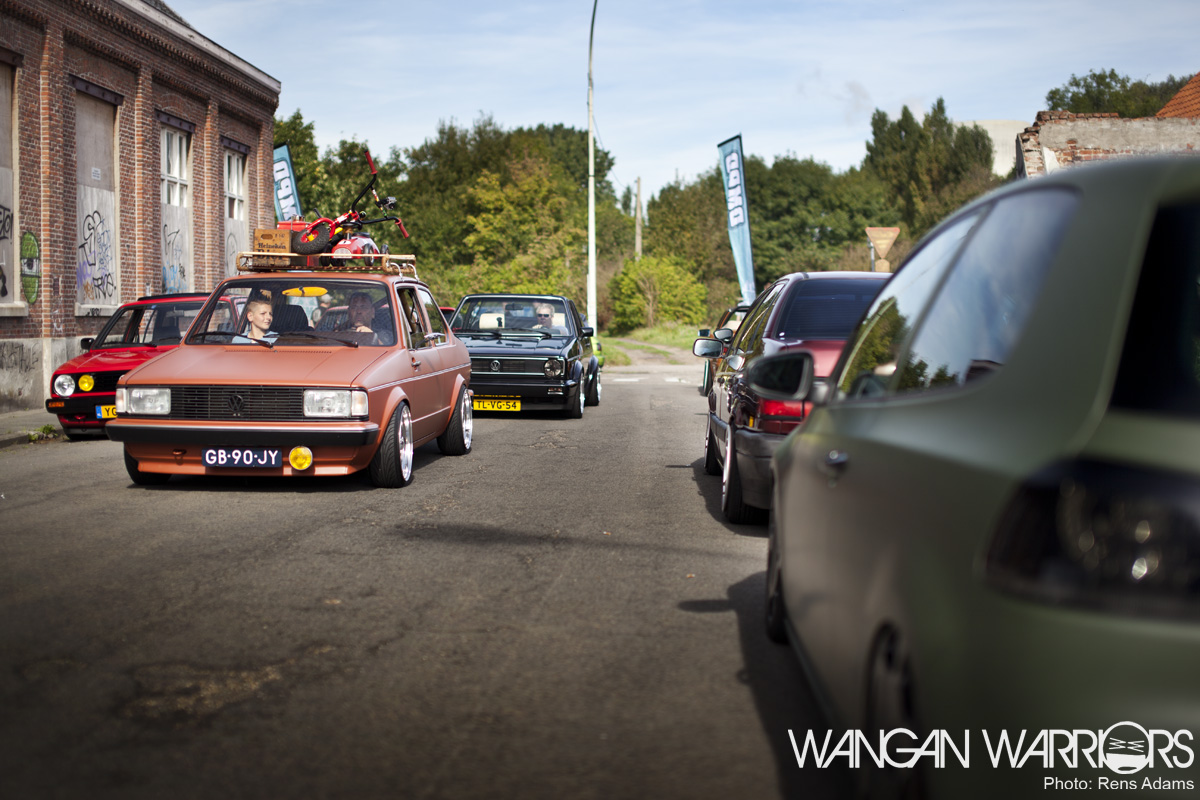 One of the strong points of the DMPD events is the immense variation in styles and brands. Even though we fill this website with Japanese goodness, it’s nice to see different car cultures combined and enjoying the same passion. 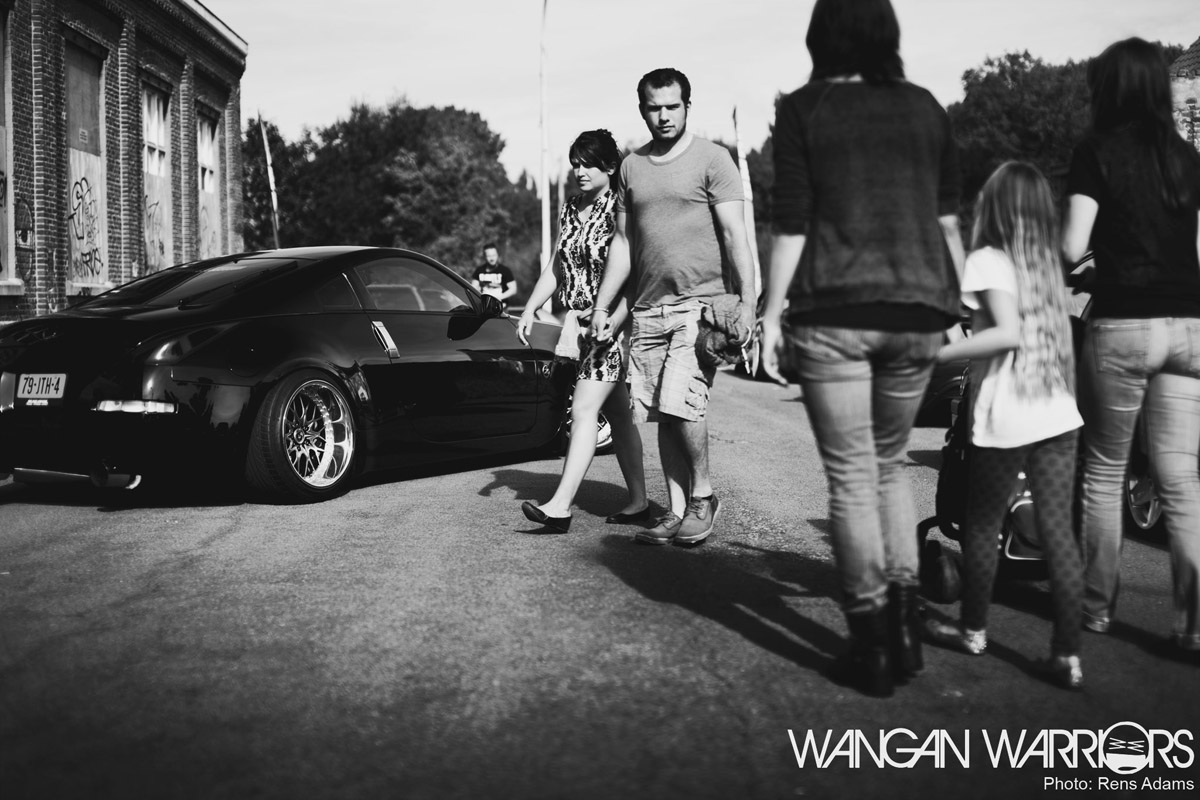 I believe it’s been a long while since these streets were this busy. It constantly kept me thinking of what the view of certain parts of the village must have looked like when still being inhabited and unscathed. 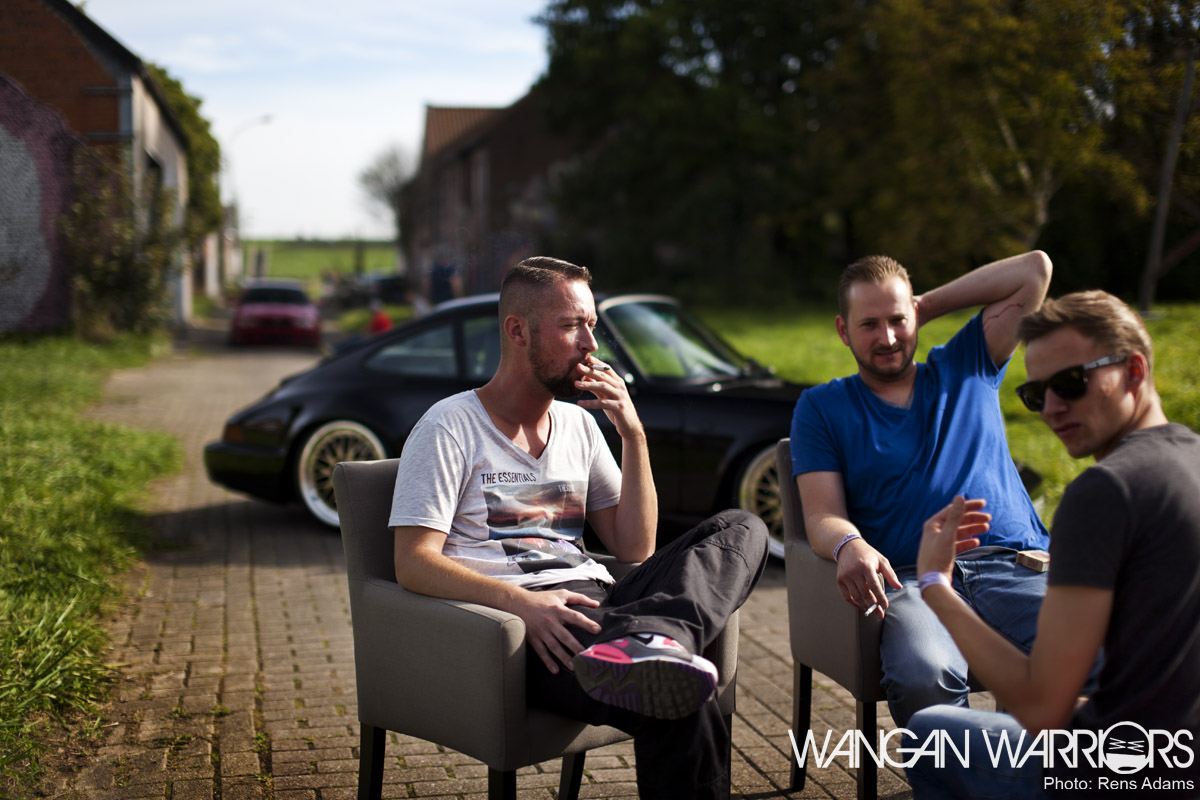 As you well know DMPD is all about a relaxed and laid-back atmosphere with no active program or schedule to follow. It’s your day and you can do whatever you want. Do you want to shoot cars back to back? That’s fine. Do you want to have a beer and sit in the sun? That’s fine too. 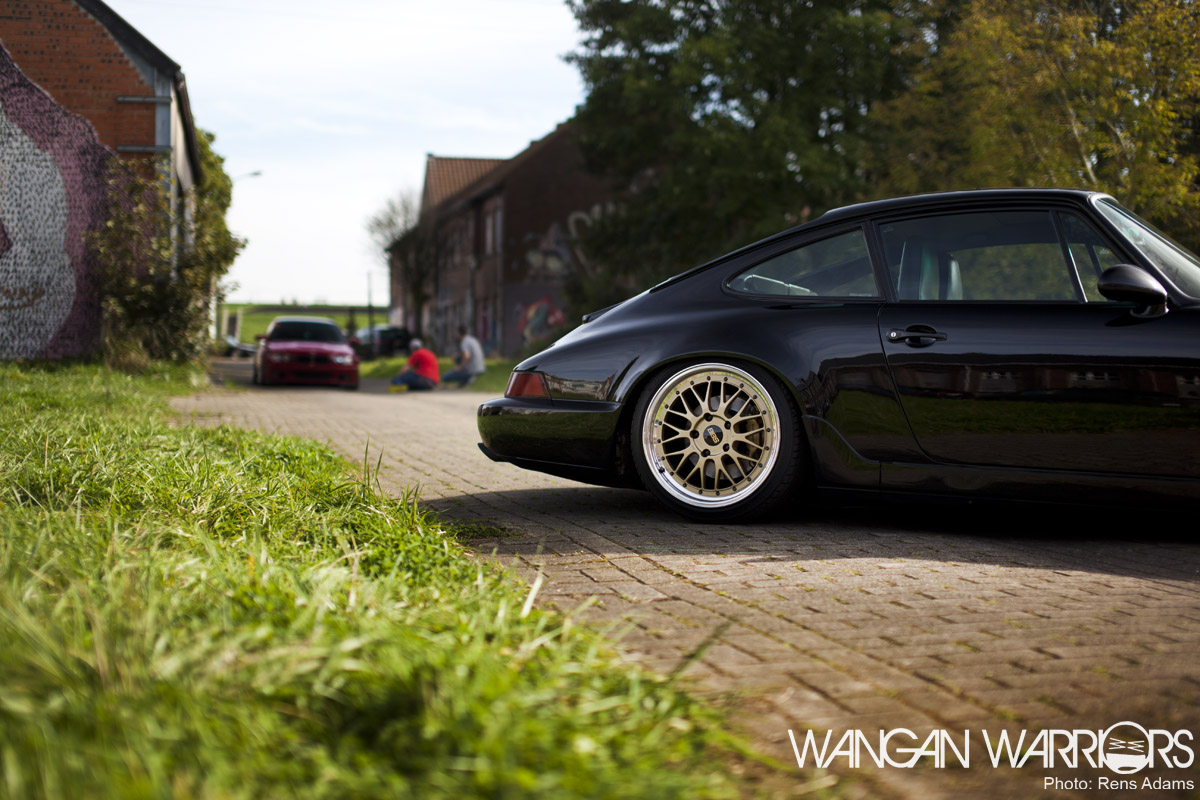 The great thing about it while you’re doing that is that you’re completely surrounded by some of the finest rides this continent has to offer. My main goal was to do at least do two car feature shoots of a couple projects I’ve been following for some time. 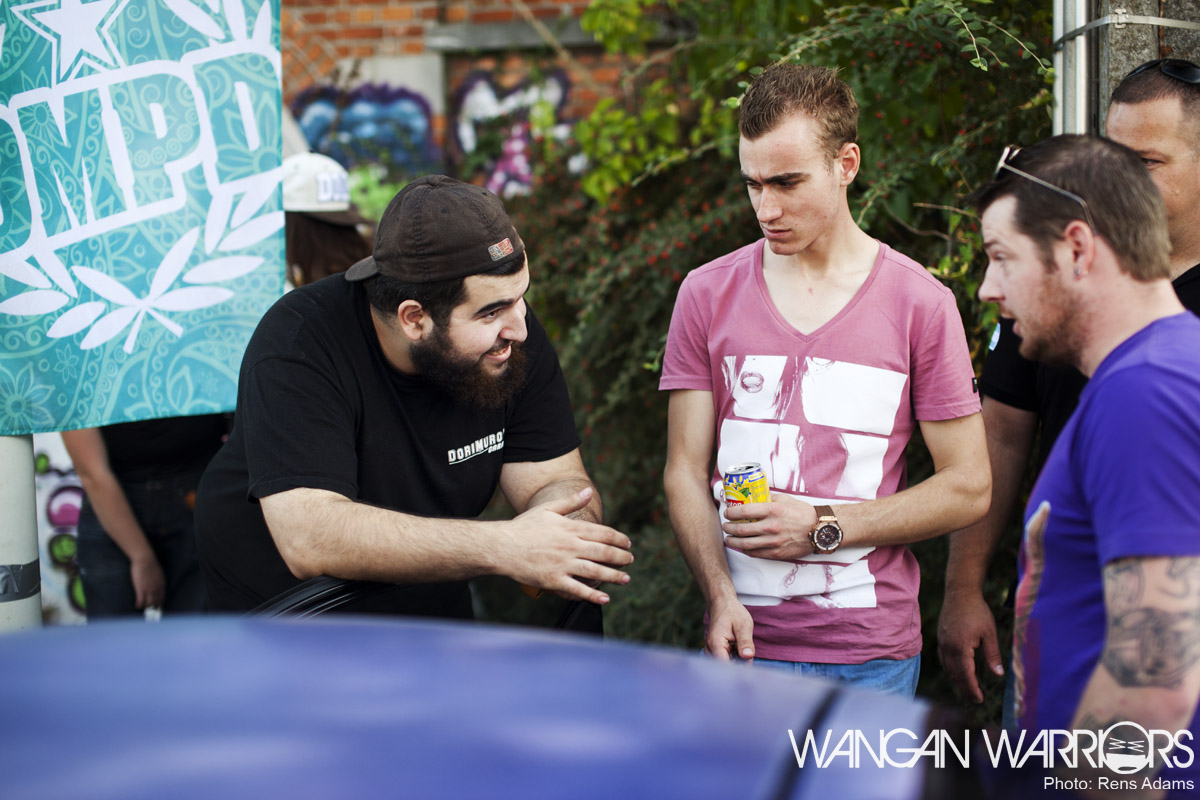 Take a look at the guy on the left. His name is Murat Cakti and he’s probably telling to those guys on the right how awesome his project is. He did a few daring things with his RX7FD and I will tell you all about his thoughts and decisions during the build of his car in a full feature. 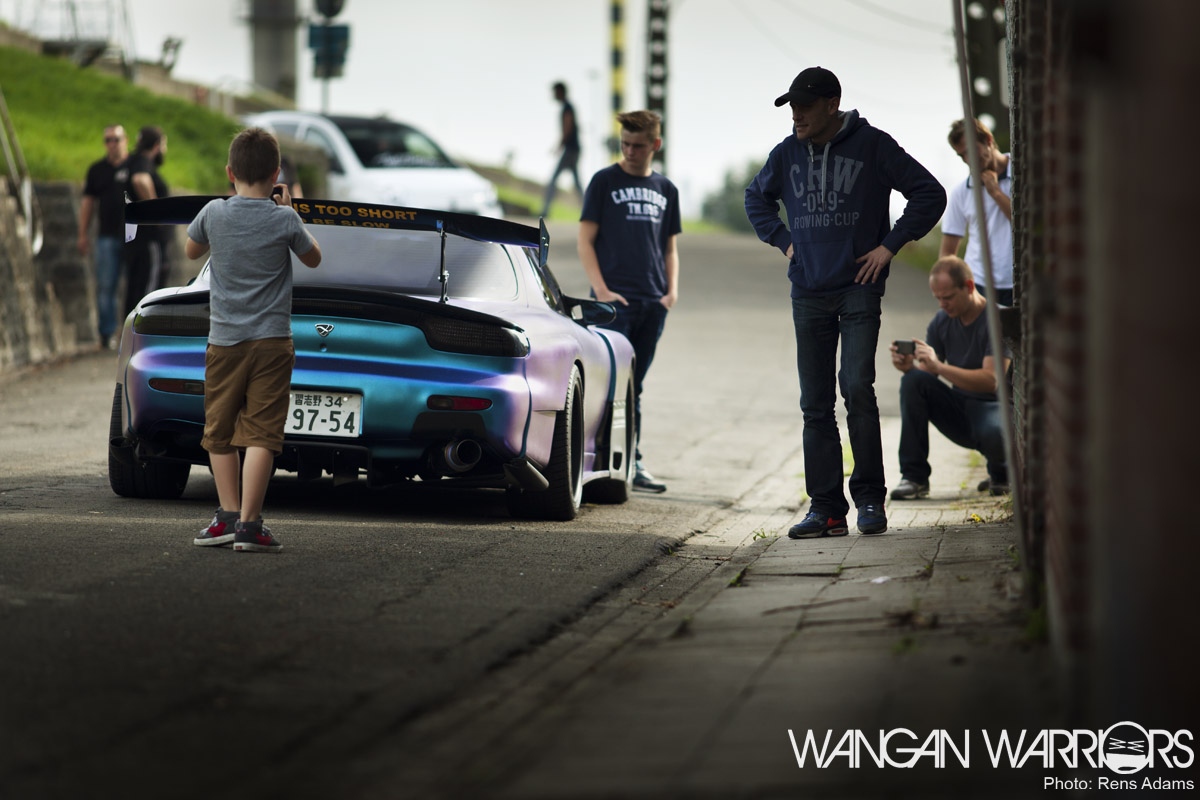 While we were looking for the most quiet part of the village to do the shoot, numerous people walked by to take some photos as well and drool all over the car. Usually I would shoot cars in a less crowded location but this was not an option at DMPD Finest. 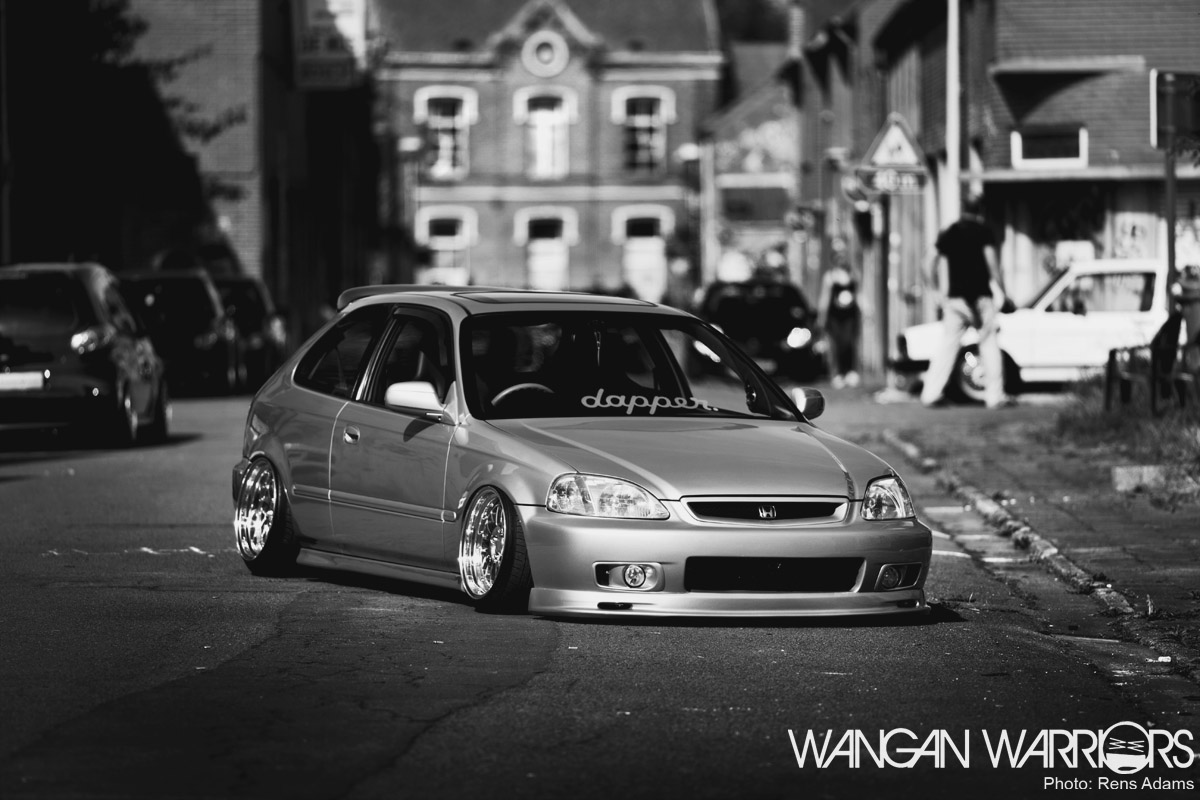 However that was the charm of it all in the end. No matter what I tried to keep people or distracting backgrounds out of my framing, at some point I realised that just that it belonged like that. You’re not shooting that car by yourself, you’re shooting that car with your community. 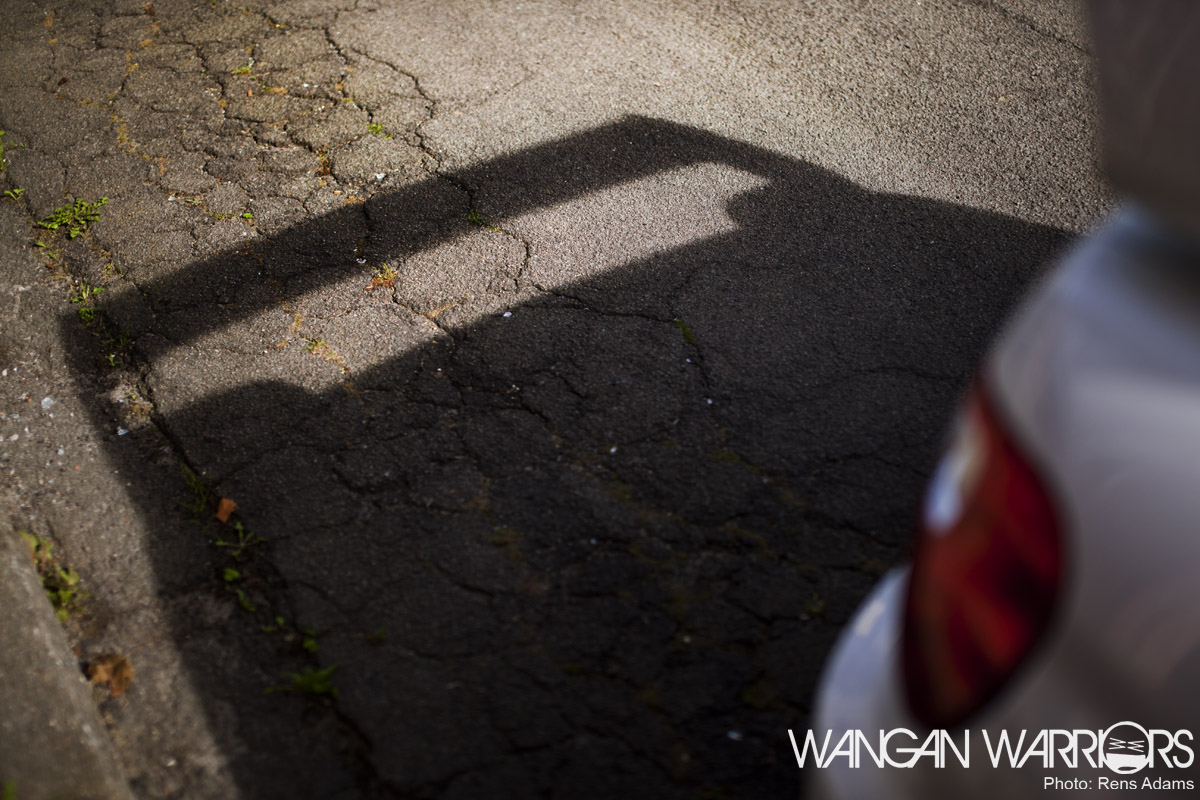 I have to point out that I saw many new cars. Having had quite some busy meets under our own belt with Wangan Warriors I thought I had a pretty good idea of most Japanese cars rolling around here. On the other hand DMPD attracts so many people from all over Europe which resulted in me discovering new projects. 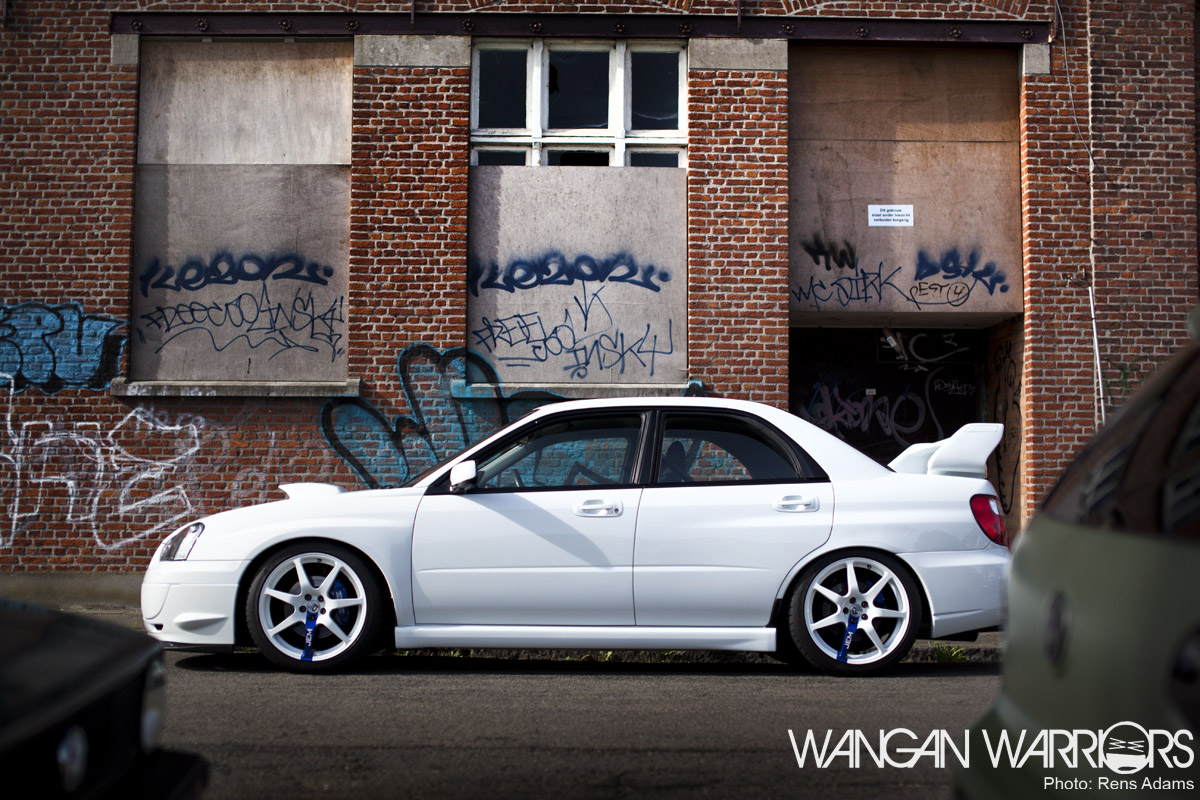 My focus on cars for features has shifted more to the countries surrounding the Netherlands and featuring cars and events from all over Europe is starting to be a normal case on Wangan Warriors. Despite the fact that the organisation behind DMPD is based in the Netherlands, they seem to attract people from all over Europe which gives their events an international allure. 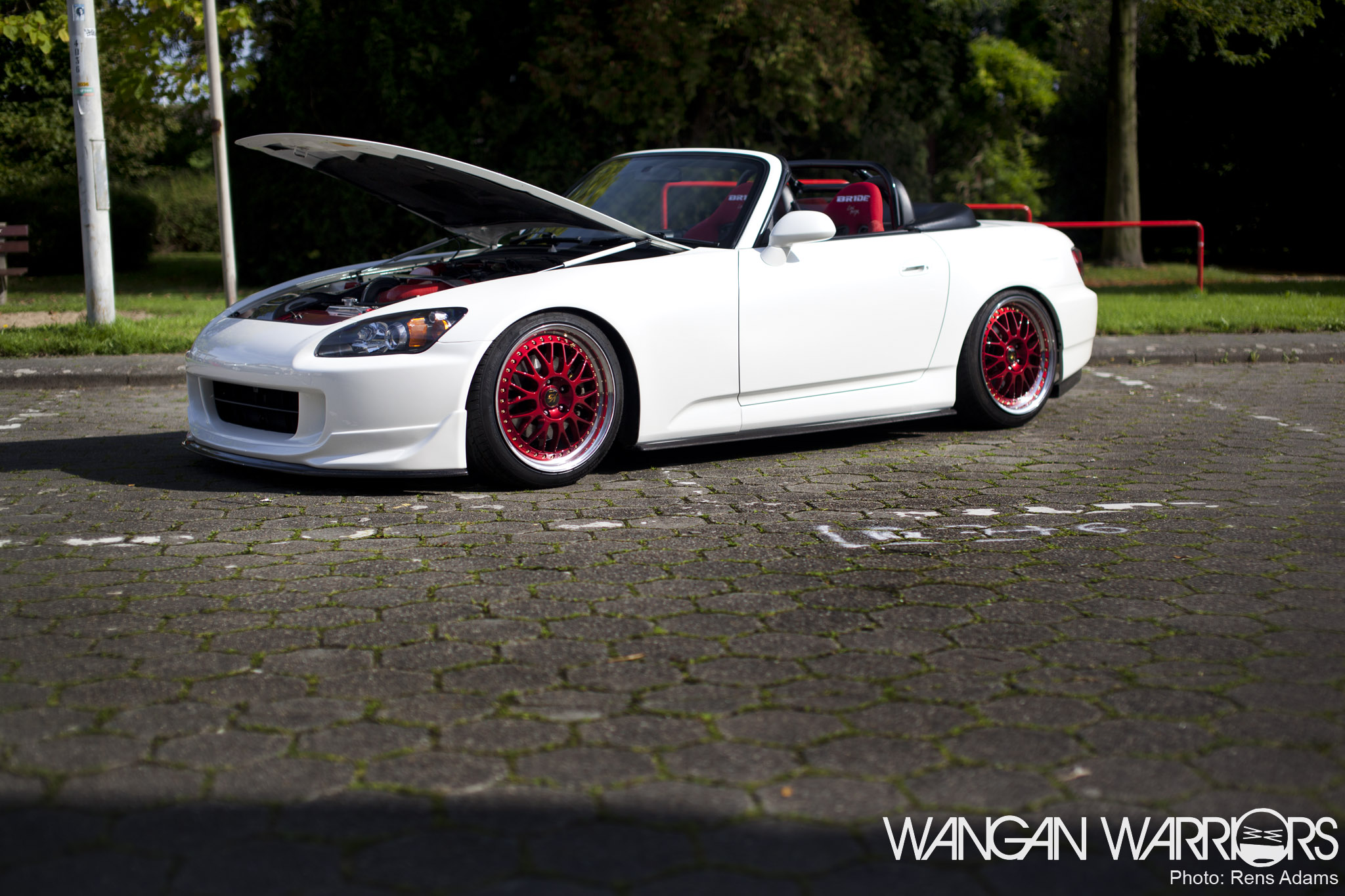 This S2K was just a gorgeous sight. I found out the owner has visited our annual EoY meeting in Oosterhout in the past and I just hope he’ll be able to visit again this year because this S2000 deserves to be exposed properly. 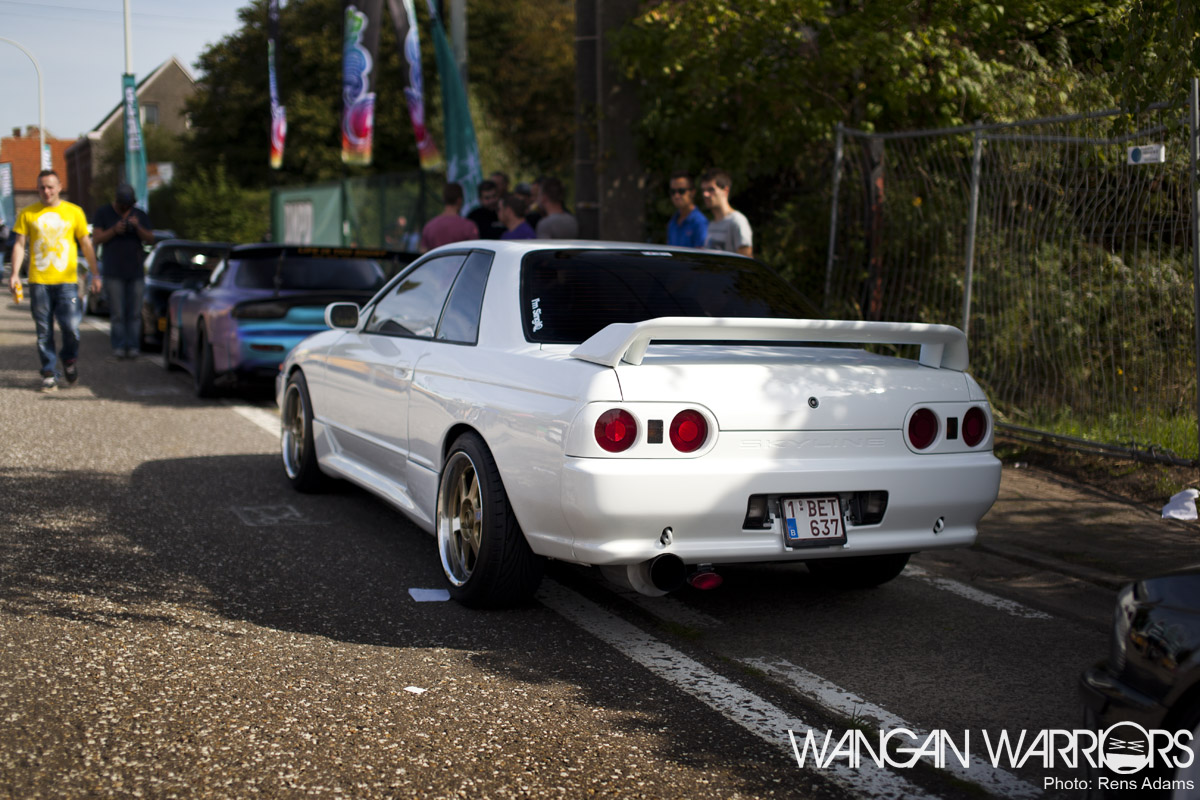 Always nice to have Godzilla in our presence don’t you agree? I believe this was the only Skyline I saw the entire day and it certainly made me smile for a second. I left one of our ´Like´ cards behind the window visors to give a little thumbs up to the owner. It’s unfortunate we can’t stop at every sick project and look for the owner even though I’d love to hear their stories about their cars. 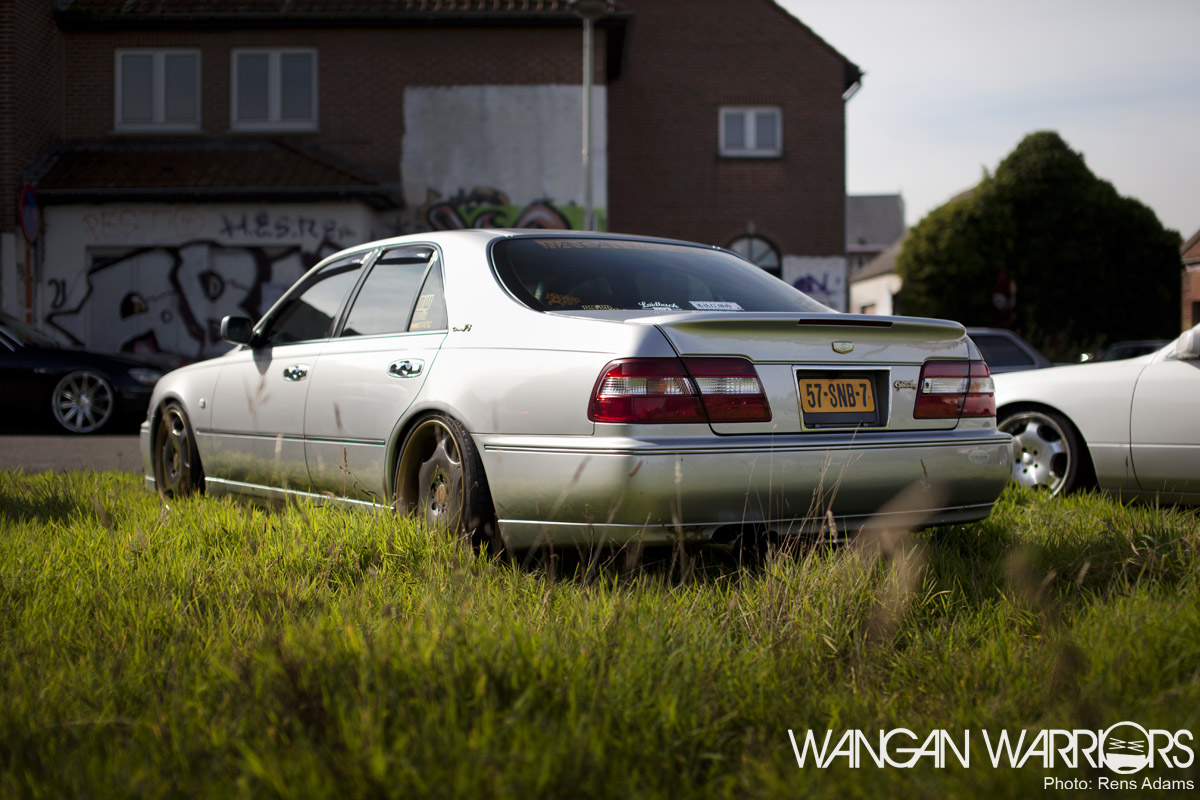 Whilst I was looking around for new projects I hadn’t yet seen before, it’s also great to stumble across our own Wangan Warriors forummembers at these events. Barry is a regular at all of our meets and we can only keep supporting him and his immaculate Cima V8. 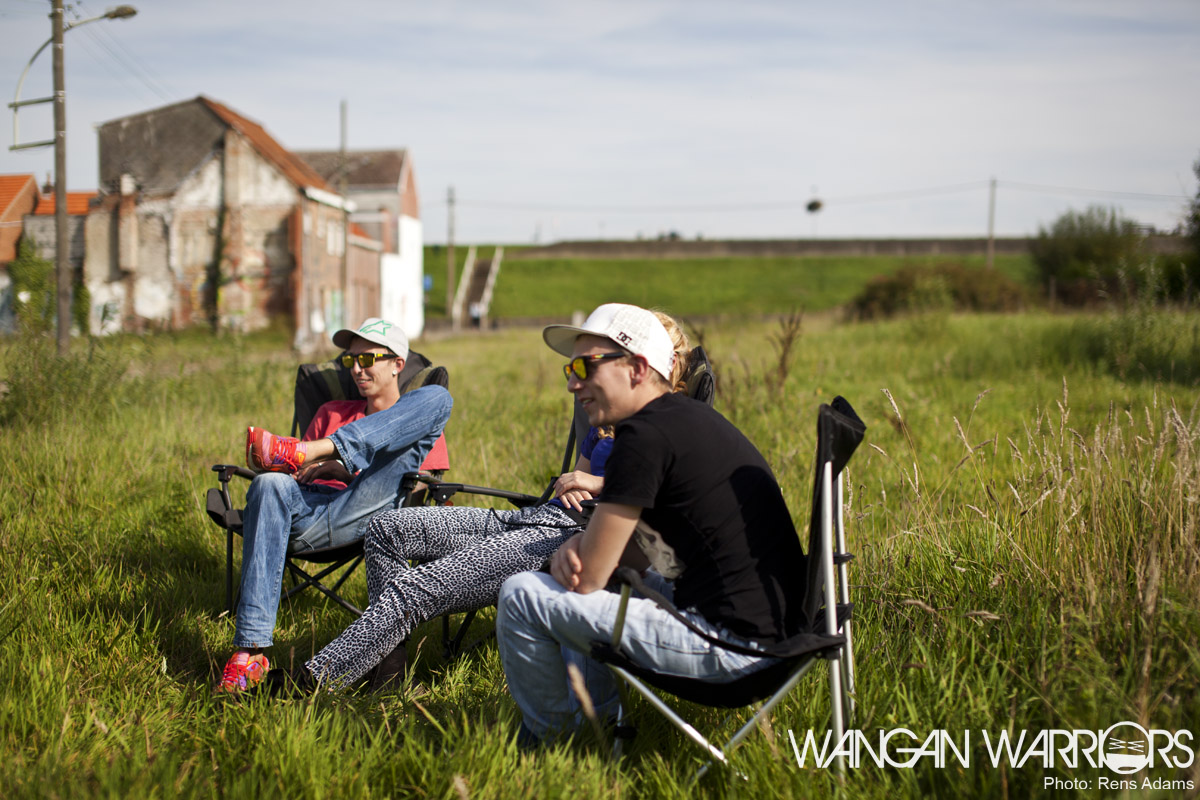 Every time I was walking around I’d come across groups of people relaxing in the sun and just enjoying the moment. It’s nice to witness such a good vibe and know there is no envy amongst each other. It’s just the DMPD feeling. 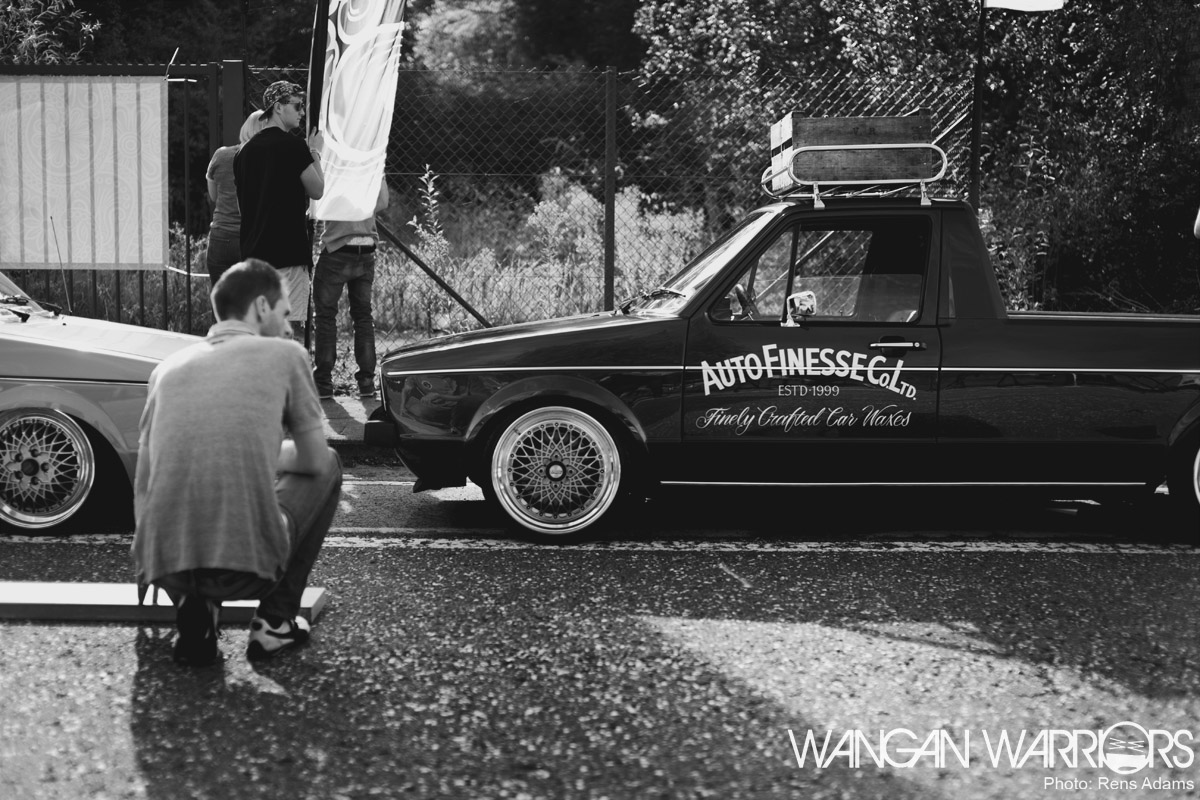 I seriously believe in the future events what are not brand-specific because there is just soo much that can impress you, regardless of the brand of car. It’s great to see big brands supporting this concept and companies such as Auto Finesse have been an essential contribution to the character of DMPD events. 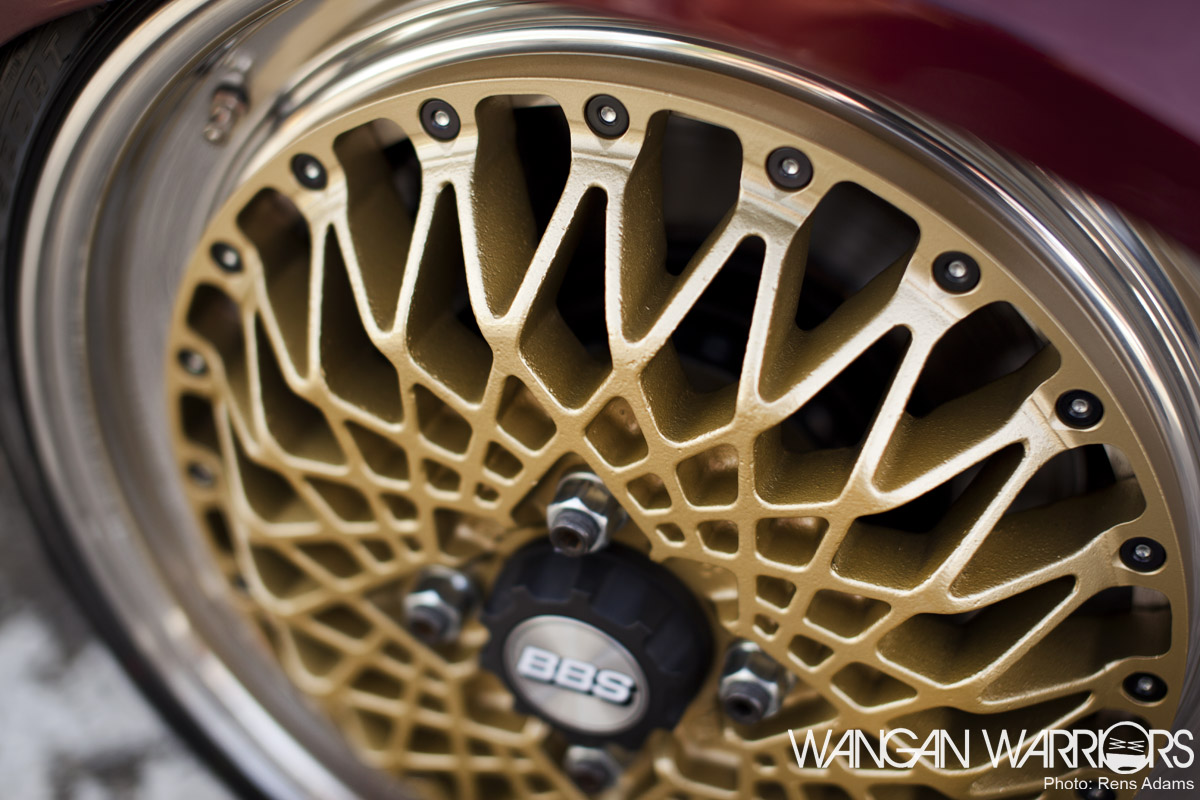 It also makes me curious of what tomorrow will bring in terms of new developments and partnerships. Collaborations are starting to get bigger and become crucial for everybody these days to grow and survive together. It’s hard to have a lead role and keep your concept unique and surprising. 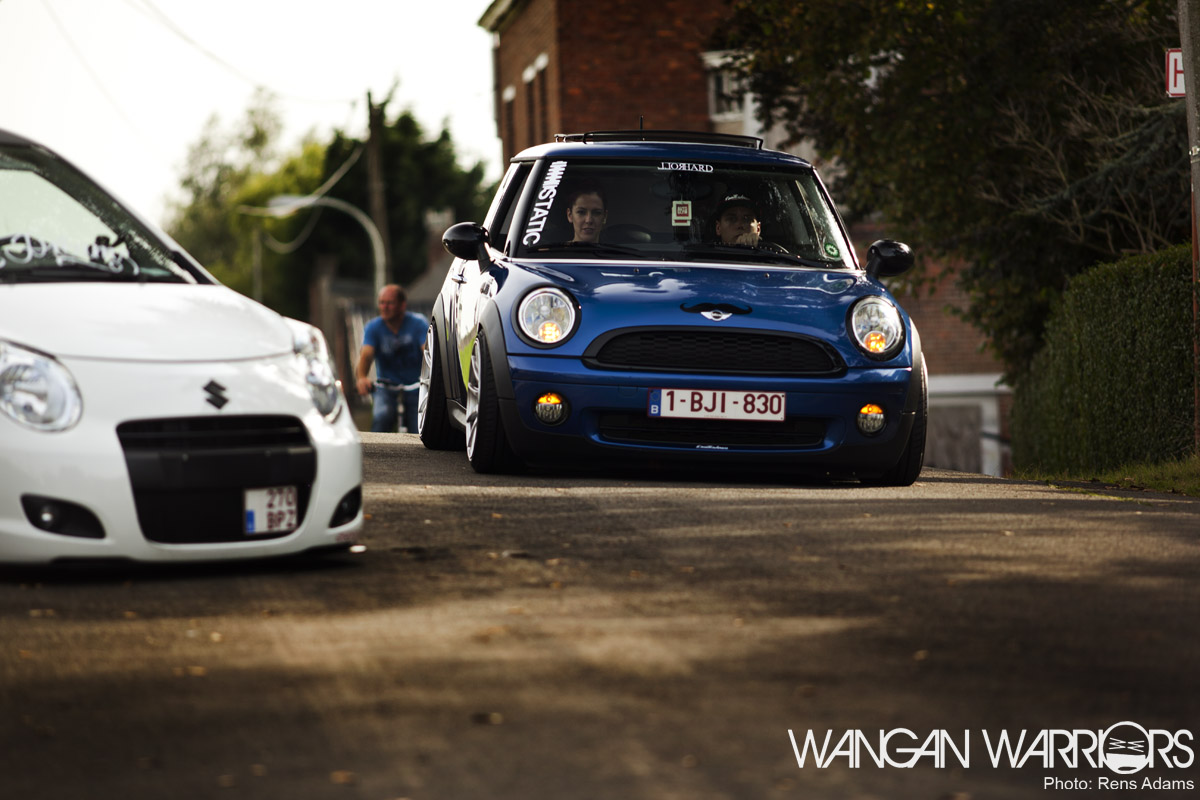 DMPD Finest blew my mind again and delivered more than I initially expected, which was a big but very welcome surprise. Like I said it was too busy to shoot cars without crowded backgrounds even though I checked out a couple of calm locations in the morning. In the afternoon, they were packed with little clubs and the calm streets where filled with people cruising around checking out the whole village. 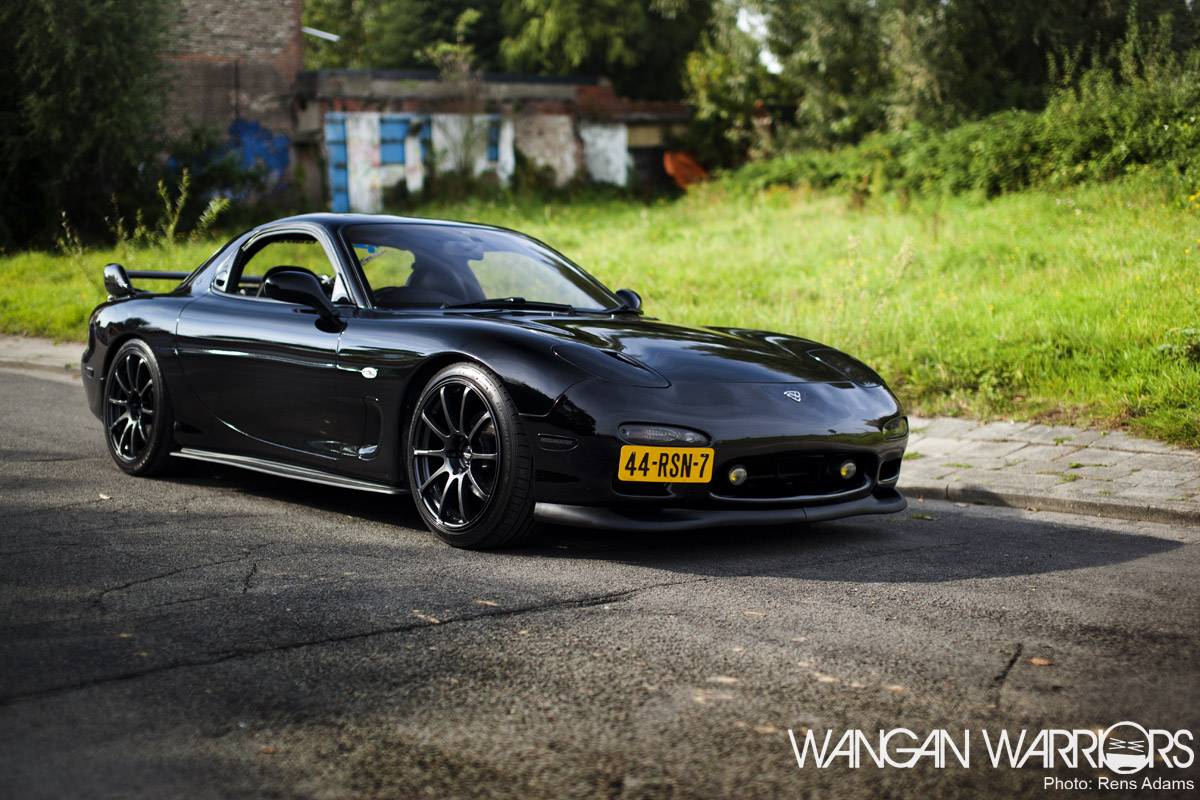 As I did my last round through the streets I snapped my last shots of the day and took a few photos of this clean FD. This is actually the total opposite of Murat’s FD which we showed you earlier. There is a feature coming soon on that one, so keep an eye on our FB page for a couple of teasers in the coming days and weeks. 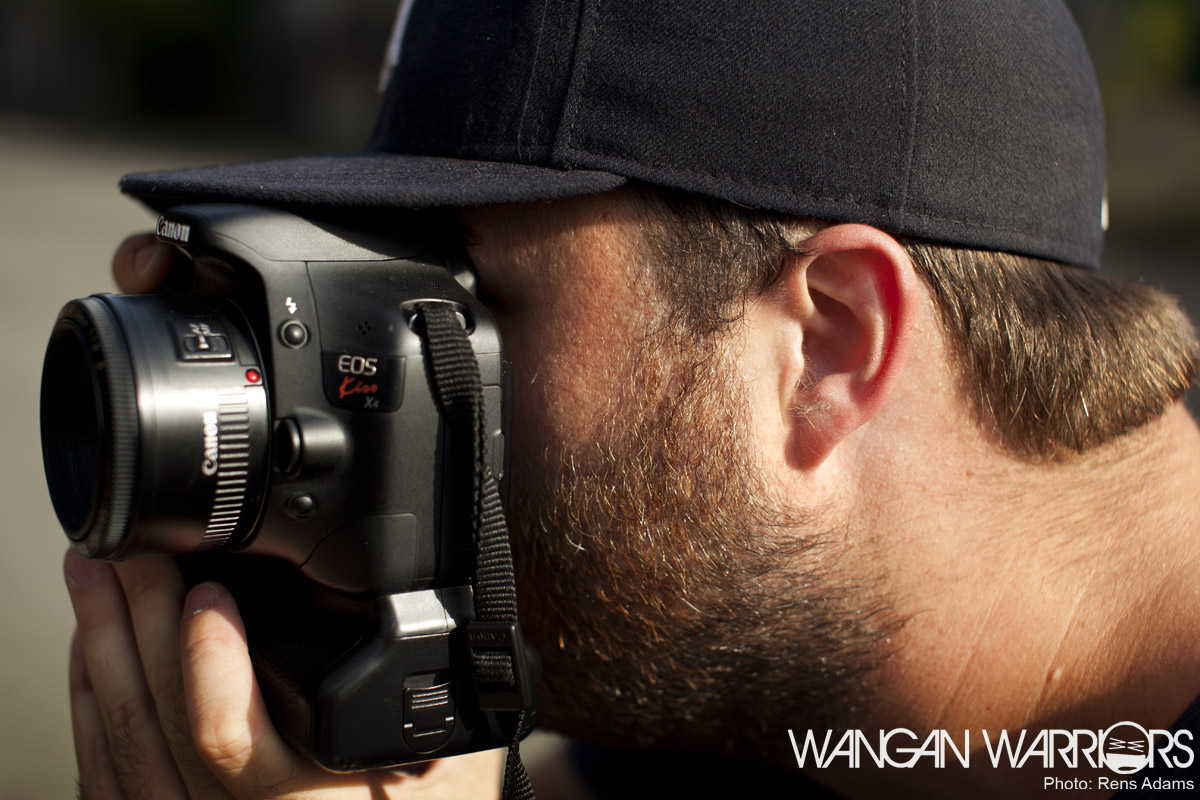 Also keep checking the website since we won’t leave you with just one part of DMPD coverage because there is plenty more to follow! Allard van Grafhorst was on hand to capture more awesomeness and will share his side of the story pretty soon, including a look at the DMPD Carwash Night the day before Finest. 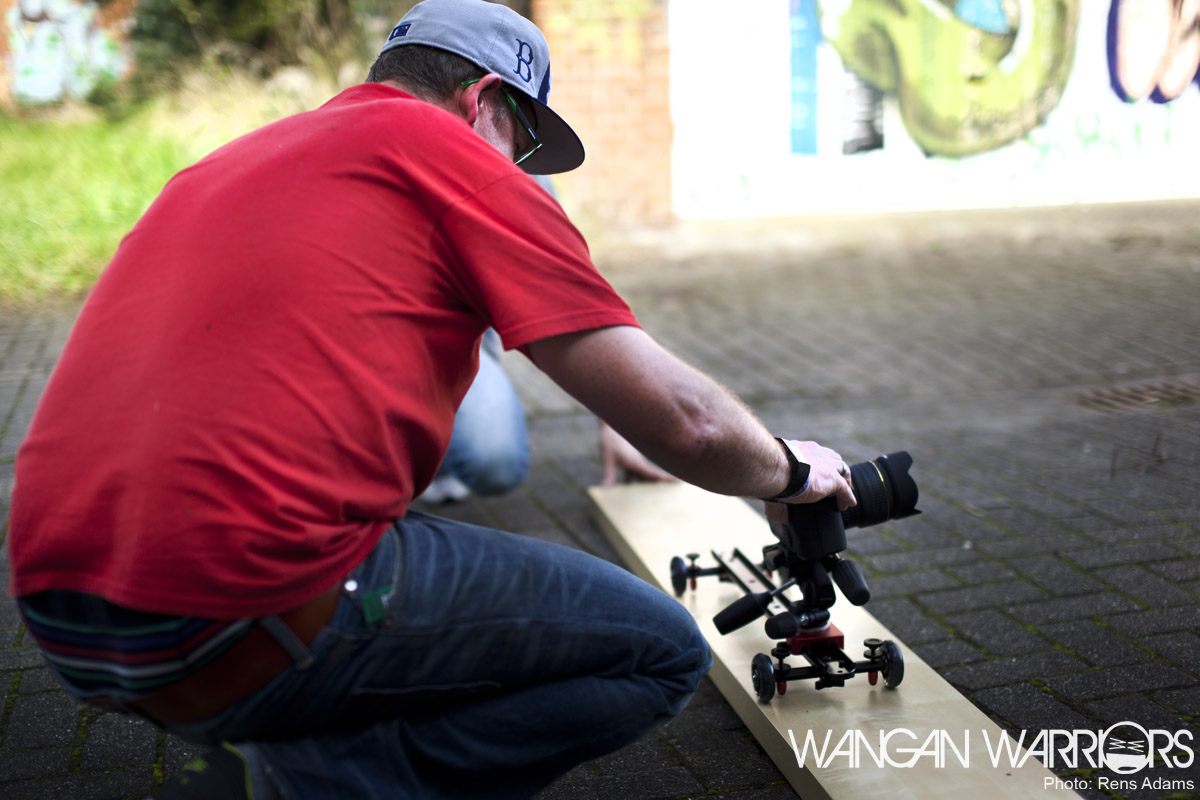 Mathieu van den Oever worked his magic again by doing what he does best. Make sure you keep an eye on what he’s publishing because it will be of epic proportion! 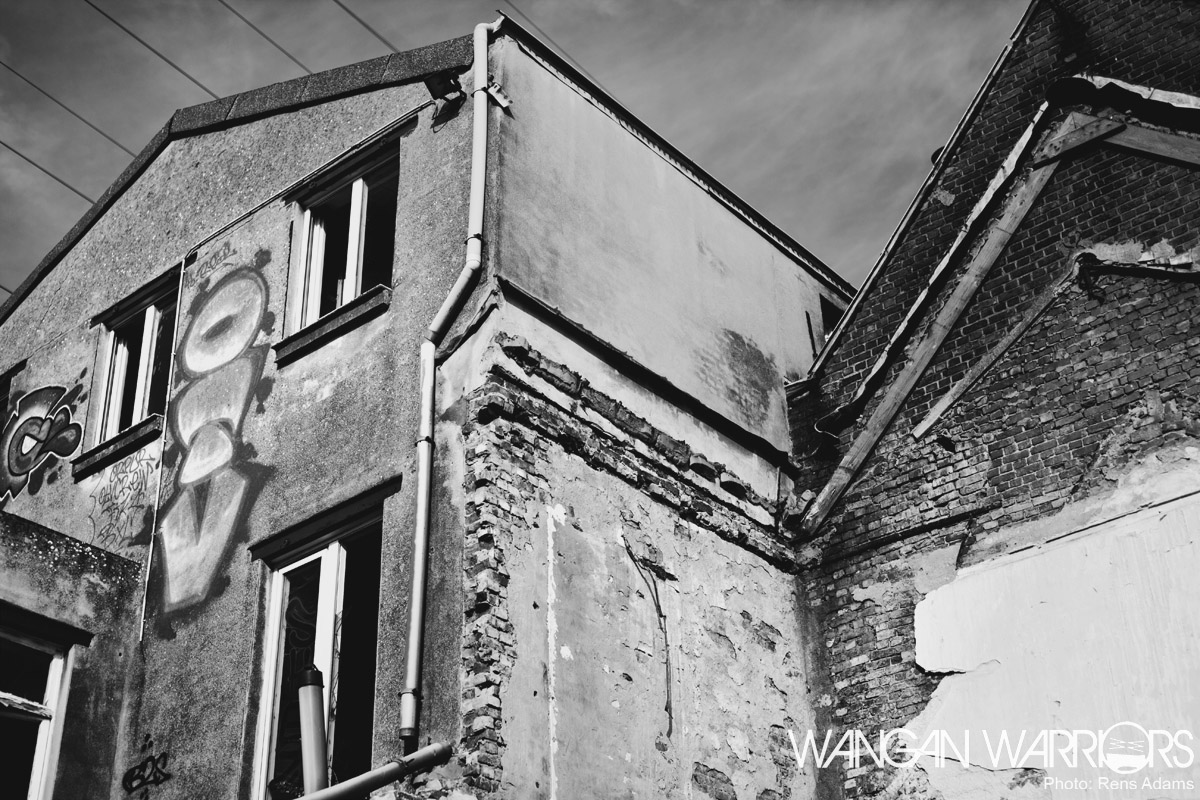 The fact that this already legendary town will be demolished at some point is inevitable. Despite these few people’s stubborn refusal to leave, capitalism will have its way in the end because you just can’t really beat the system. At that point all traces of Doel, from homes to street art, will be lost forever. I just hope we’ve left a fraction of positivity in the history of Doel, as we’ve enjoyed it thoroughly. 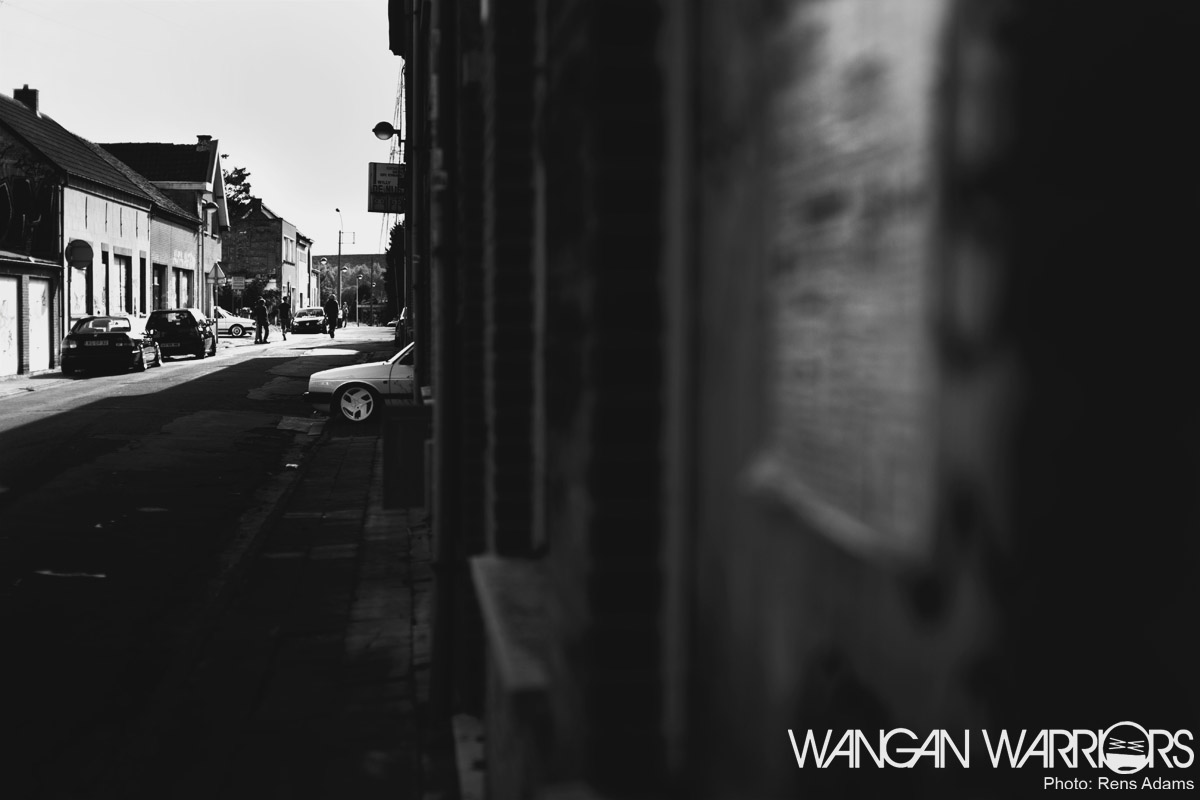 Let these usually deserted streets be remembered as an amazingly photogenic location for all that happened this weekend. Even though we read some messages online that made it look as if nothing had been announced or there was no notification for the villagers, I spoke to a few of them and can’t say there was any negativity at all so I’d say it was a succesfull day!