We like to tell a story every once in a while, especially when we come across something that’s worth giving some extra attention. We get to see hundreds, even thousands of cars when we’re shooting and writing for this blog and we’re excited when we encounter something very interesting. If you’re not a Honda fan, this Del Sol might not impress you, but trust me there’s more to this car than meets the eye. Allow me to take you through Bennie Kerkhof’s project story. 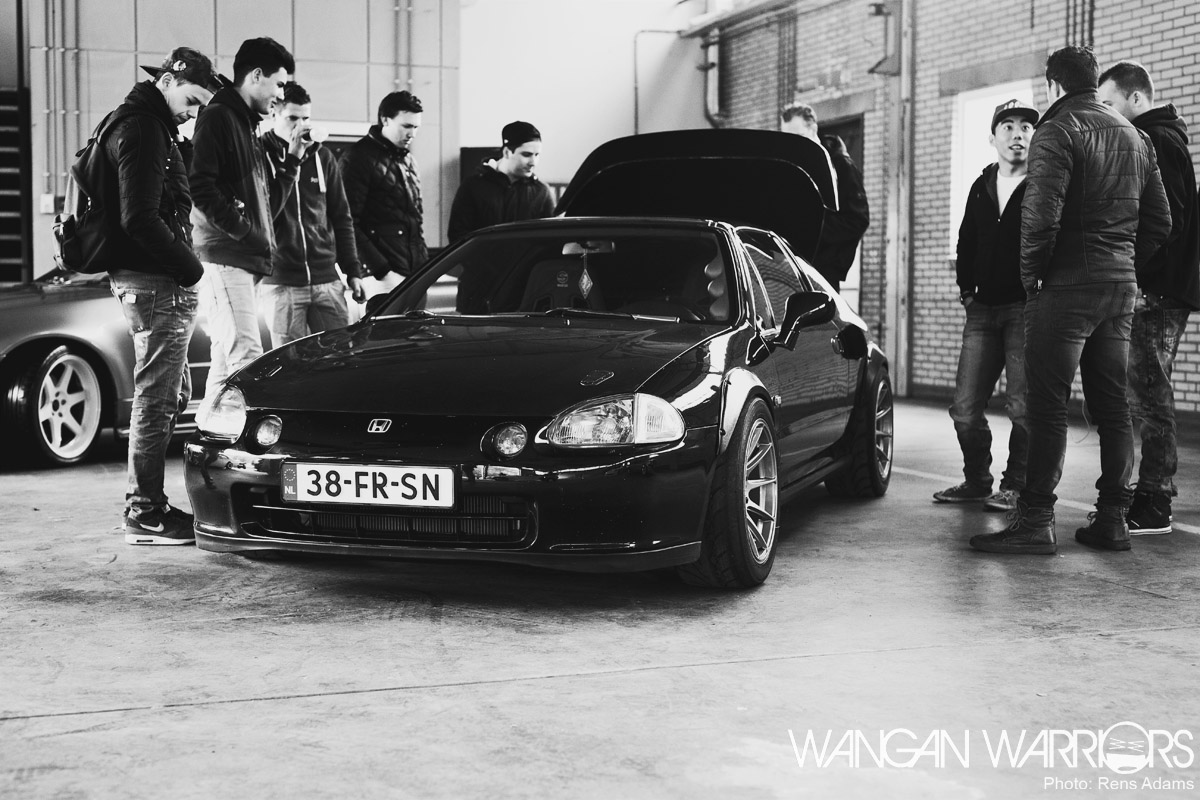 Something is wrong here right? Well, I thought so too when I saw a group of people looking inside the boot of the Del Sol at our End of Year Event in Venray a few weeks ago. Let’s get straight to the point, yes, there is an engine in there and no, we certainly didn’t expect it when we first saw this Del Sol! When you get closer you’ll immediately see the details that tell us this project is certainly not something we come across every day. 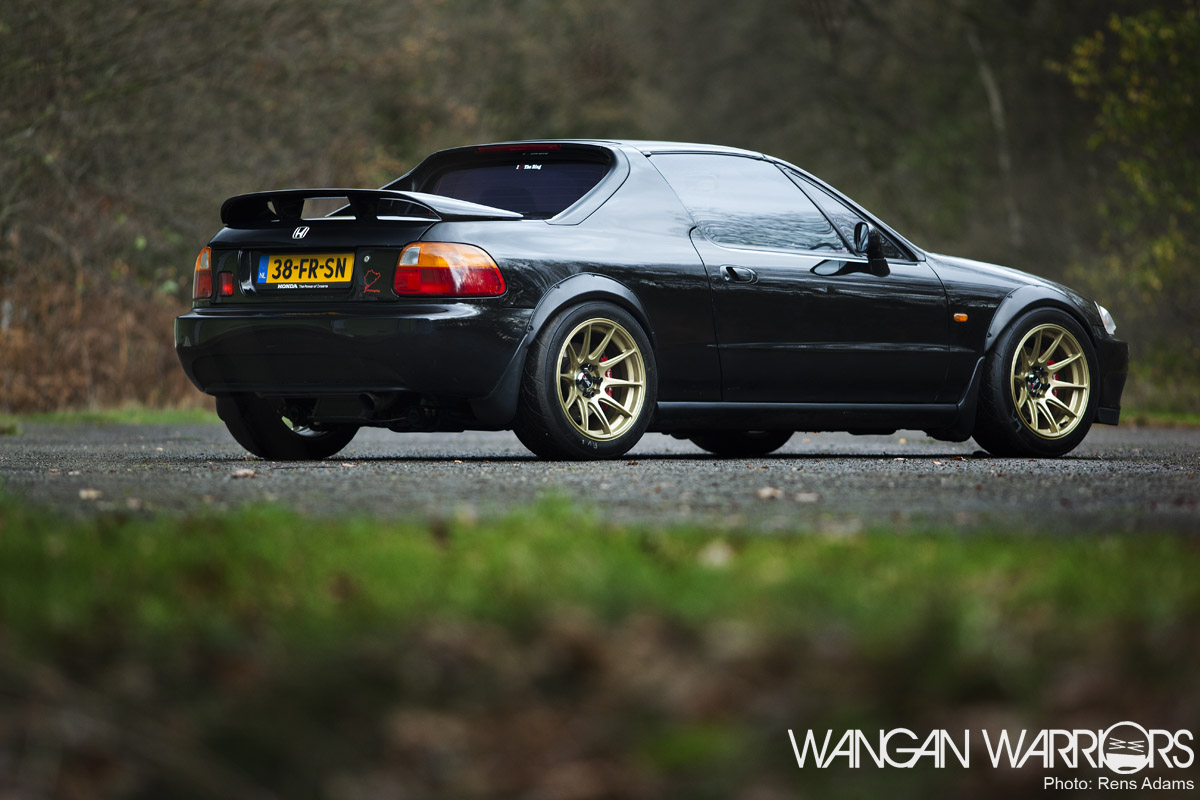 When I had a first chat with the owner and builder Bennie, it came to my attention that this is a very humble guy who’s not in it for unlimited attention, or to put his project in any spotlight. He’s just your average 25 year old with great sense of commitment, discipline and strive for life if you ask me. This project is the living proof of that. and I’m happy Bennie was so transparent with me to understand how his Del Sol was formed, not just technically, but also on an emotional and personal level. 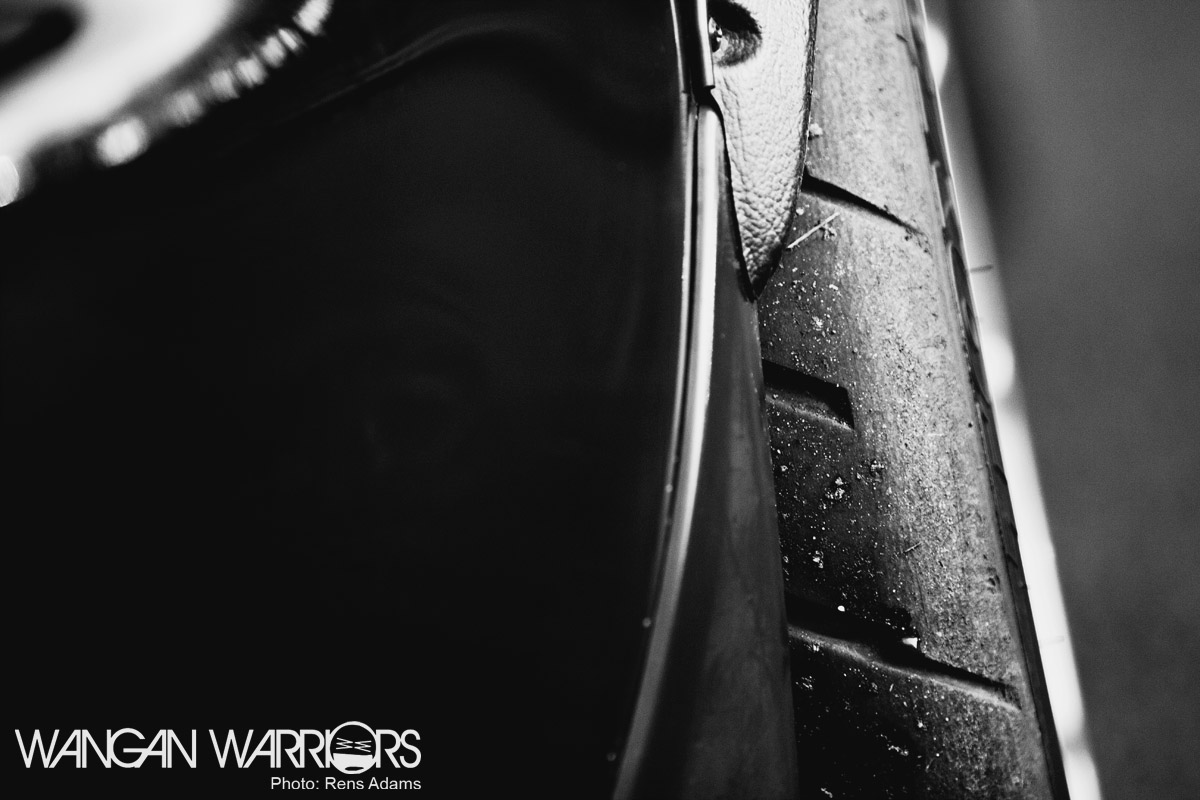 As every gear-head knows, we’re excited and motivated to personalize our cars from the moment we buy our first one, with Bennie it was no different. When he got his drivers licence he bought a Suzuki Vitara and did some slight modification to it. After one year he bought his second car which is his current Honda, which he’s now owned for almost 7 years and in that time it’s become a true passion project. 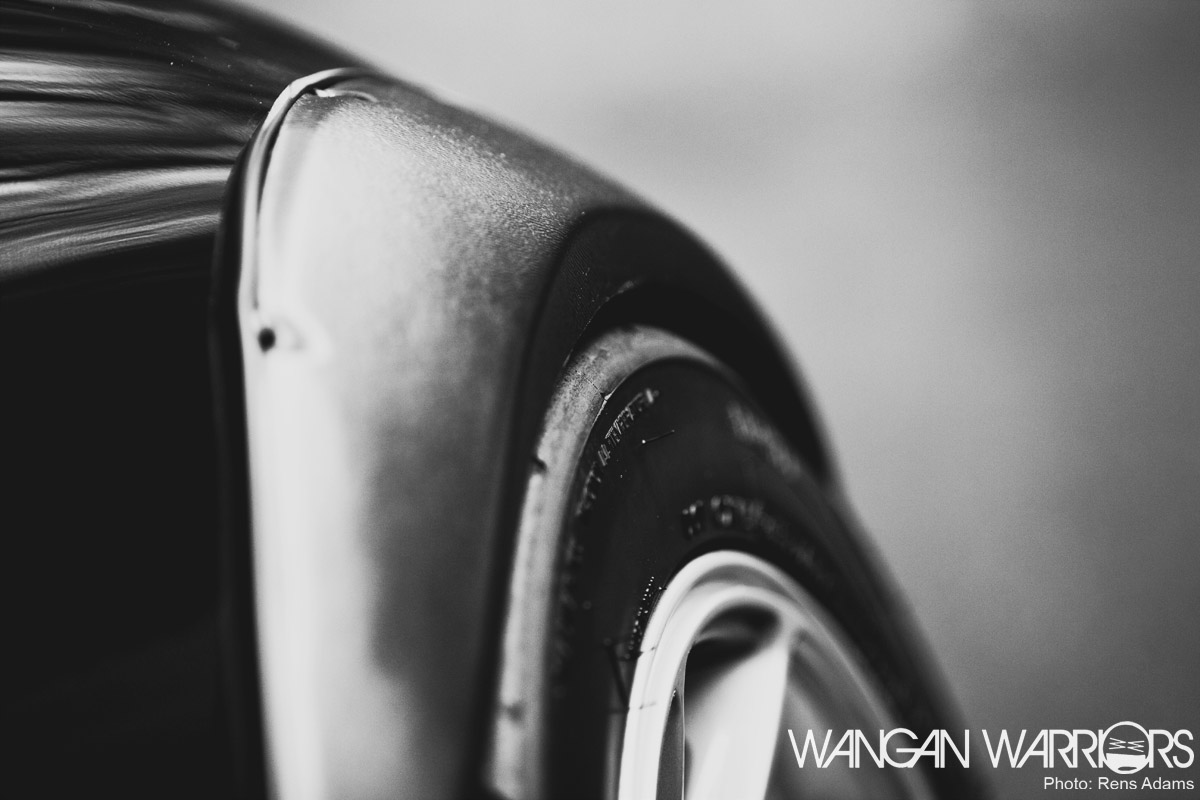 Bennie is lucky that his source of inspiration for this project was close to home, because he has a brother who is 7 years older and has been active in tuning for years. Even though Bennie is an Automotive Engineering college student and is probably more than capable to figure things out for his project, he trusts the advice of his brother and regularly discuss technical difficulties and decisions. 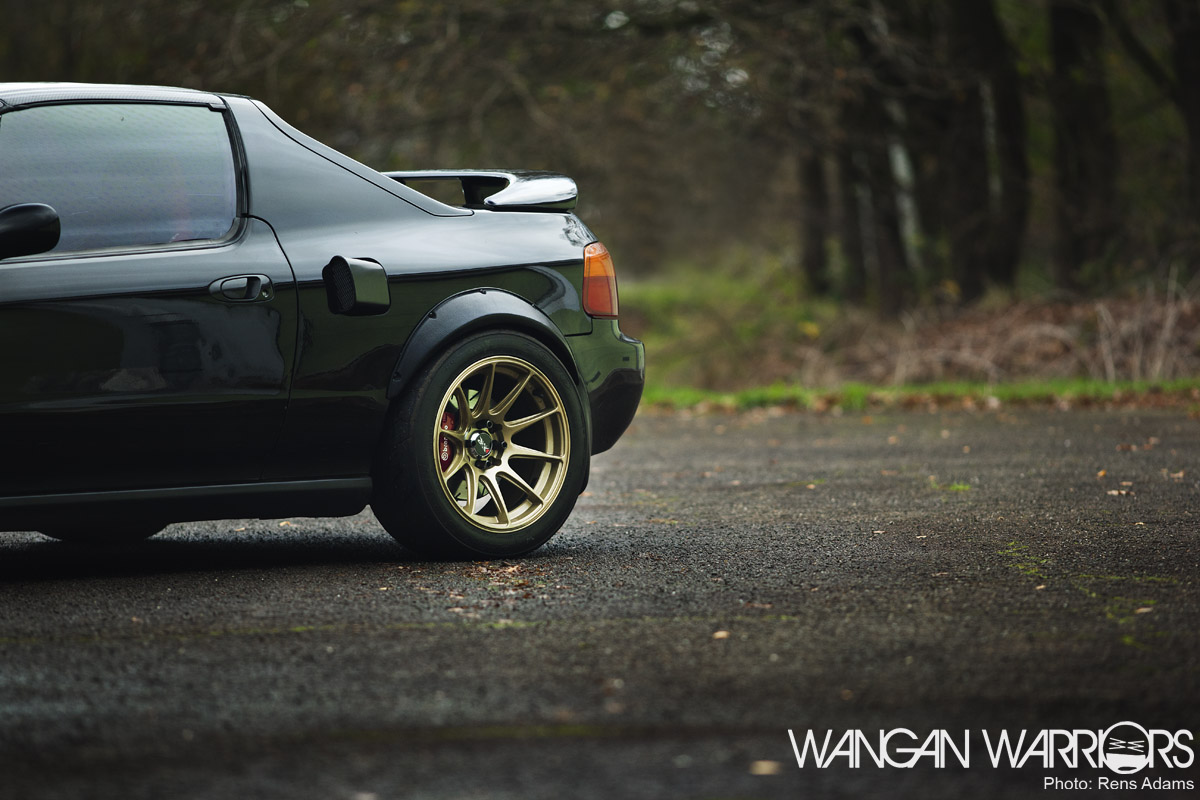 Bennie decided to change the course of his project in 2010. He did some big upgrades with the Del Sol because he got the taste of driving on the Nürburgring. He upgraded his eBay turbo kit to a Garrett GT3076R turbo, replaced his brakes for Porsche 996 (Brembo) 4-pots, fabricated his own exhaust manifold, made a complete 3″ exhaust and the list goes on and on. The results after his upgrades were 310bhp with 0.5bar turbo boost tuned by Sneaky Tuning. 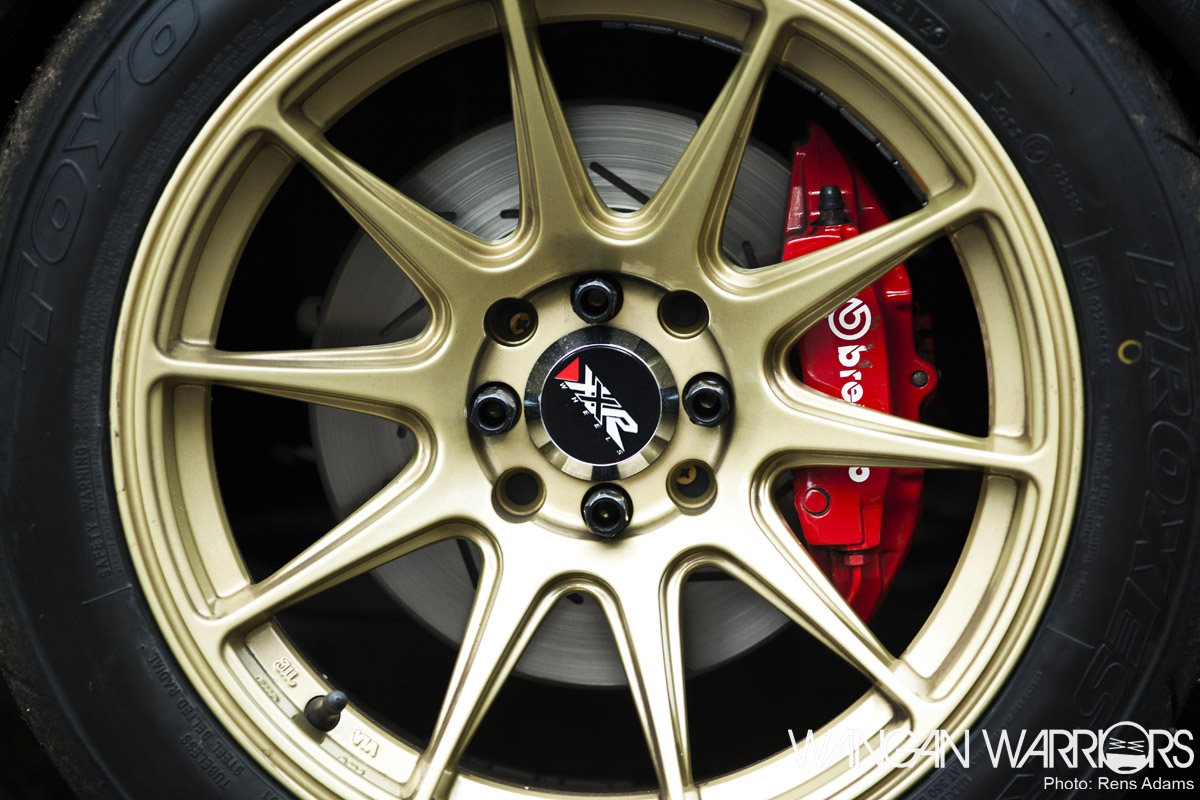 The biggest change of the project came over a year later when he found a mid-engine RWD Del Sol turbo called the Gemini-project on Honda-tech.com. Unfortunately the builder never finished the project, but that didn’t keep Bennie from taking a leap of faith, he also needed a therapeutic way to process an unbelievably intense emotional impact. 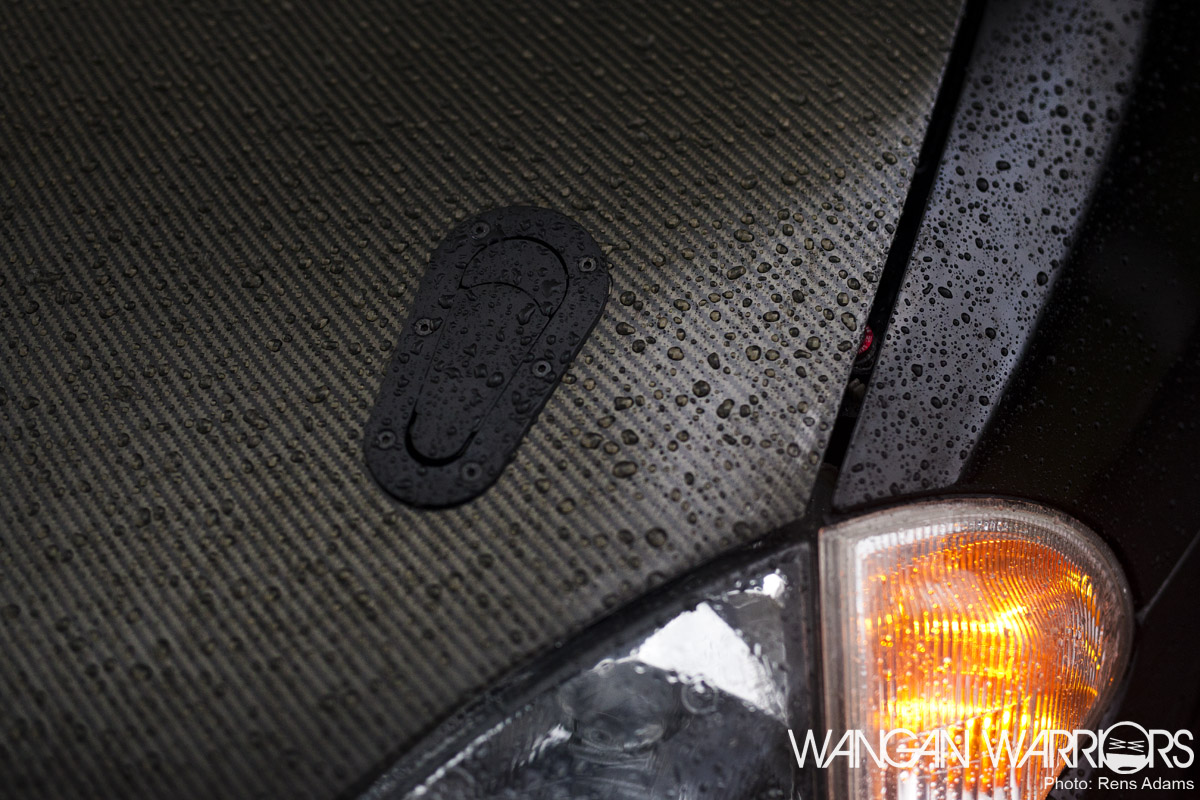 Unfortunately Bennie’s father passed away during the build of this project. Bennie worked on some body repairs of the Del Sol and started figuring out the first steps of the RWD conversion while his father was in hospital. Working on his project cleared his mind and it gave him some distraction. Everyone who’s lost loved ones knows first hand that distraction in any form helps getting through such a tough period of life, working on the Del Sol was Bennie’s way of handling and processing the loss of his dad. 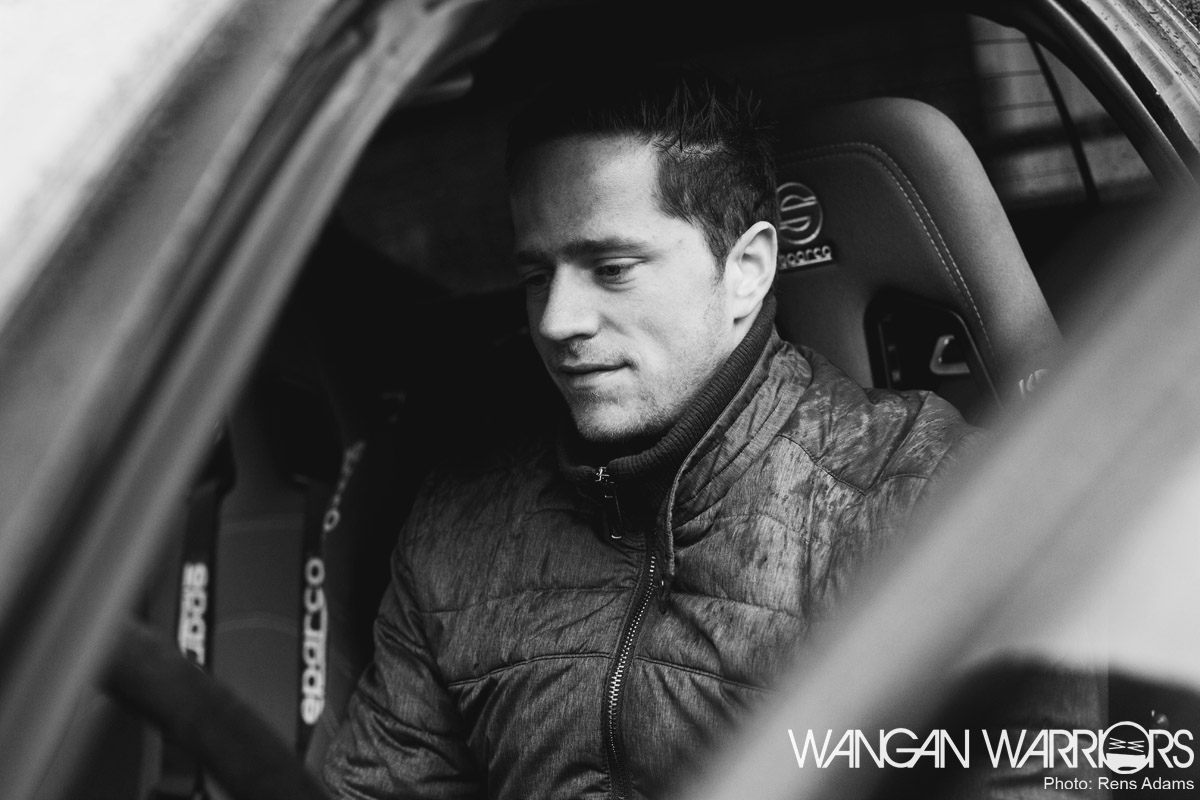 I’m happy to see people around me picking up their lives again after such trauma, and it shows that they’re motivated to prove something to those they’ve lost. If it means anything coming from me, Bennie, I’ve absolutely no doubt that he would have a very big smile on his face, and you can claim every single piece of pride there is to take for holding on to your project. 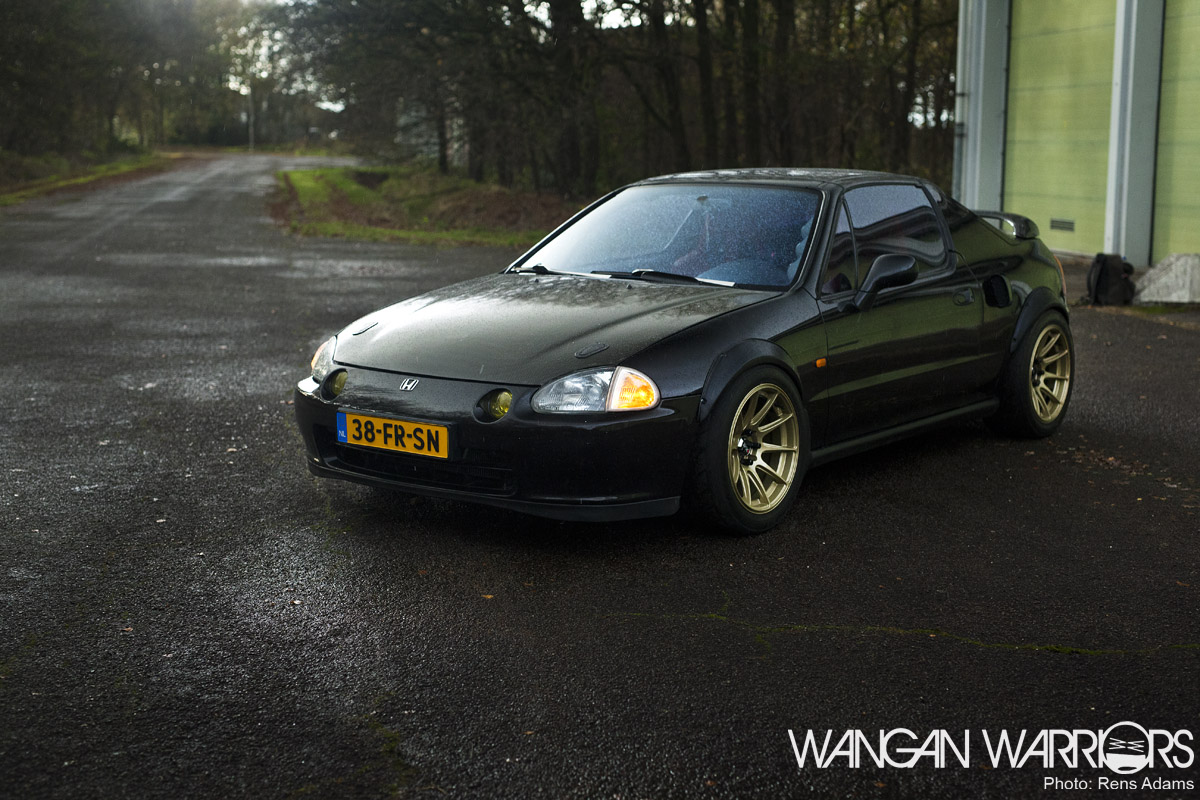 Bennie did every single thing on this project himself, except for a few small welding jobs. Not only did it save buckets of cash, but it was a major learning process. Even though it took a lot more time to finish the car, it gives a great sense of achievement when getting such a job done after a couple of years. It’s not likely that each body worker knows all mechanical stuff and vice versa. But he did the paint job himself as well, and correct me if I’m wrong but there is no second chance with a paint job right? 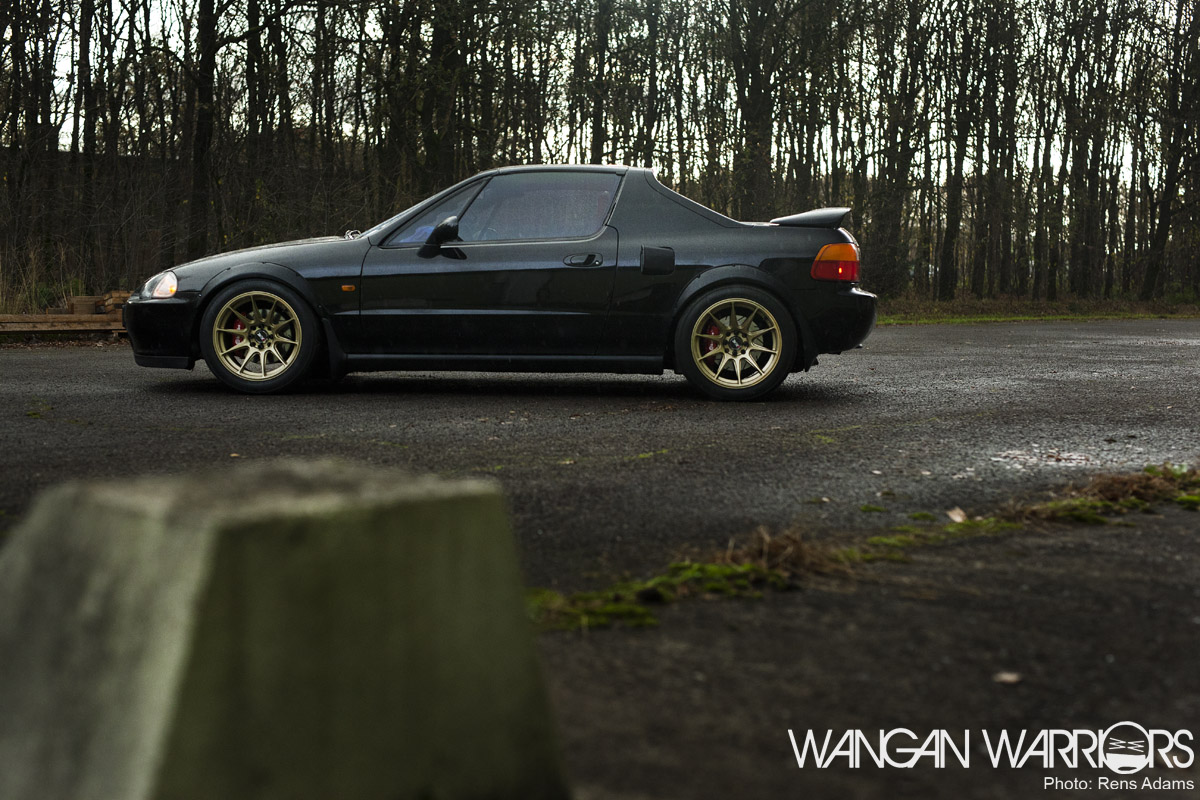 Bennie found the old spray gun which his father used to have when he spray painted cars. He decided to clean it and use it to paint the Del Sol and it worked out perfectly. That also gives the the car a priceless amount of emotional value in my opinion, and no one can take that away from Bennie. 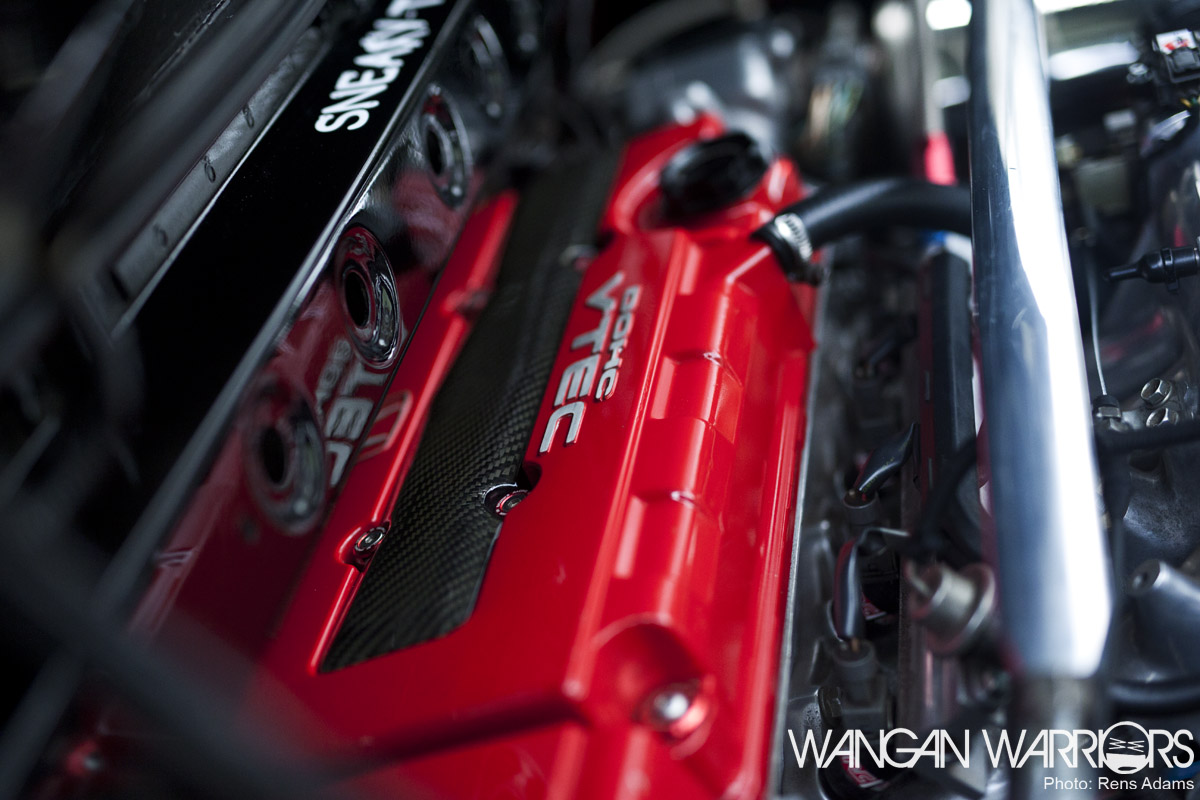 These is no doubt that a lot of customization and unexpected adjustments came into play when building a FWD car with the engine in the front, to a RWD mid-engine car which wasn’t designed for that purpose. Bennie told me that there were barely any major set-backs because he had every single step worked out in his mind and did the proper research before taking a every step. 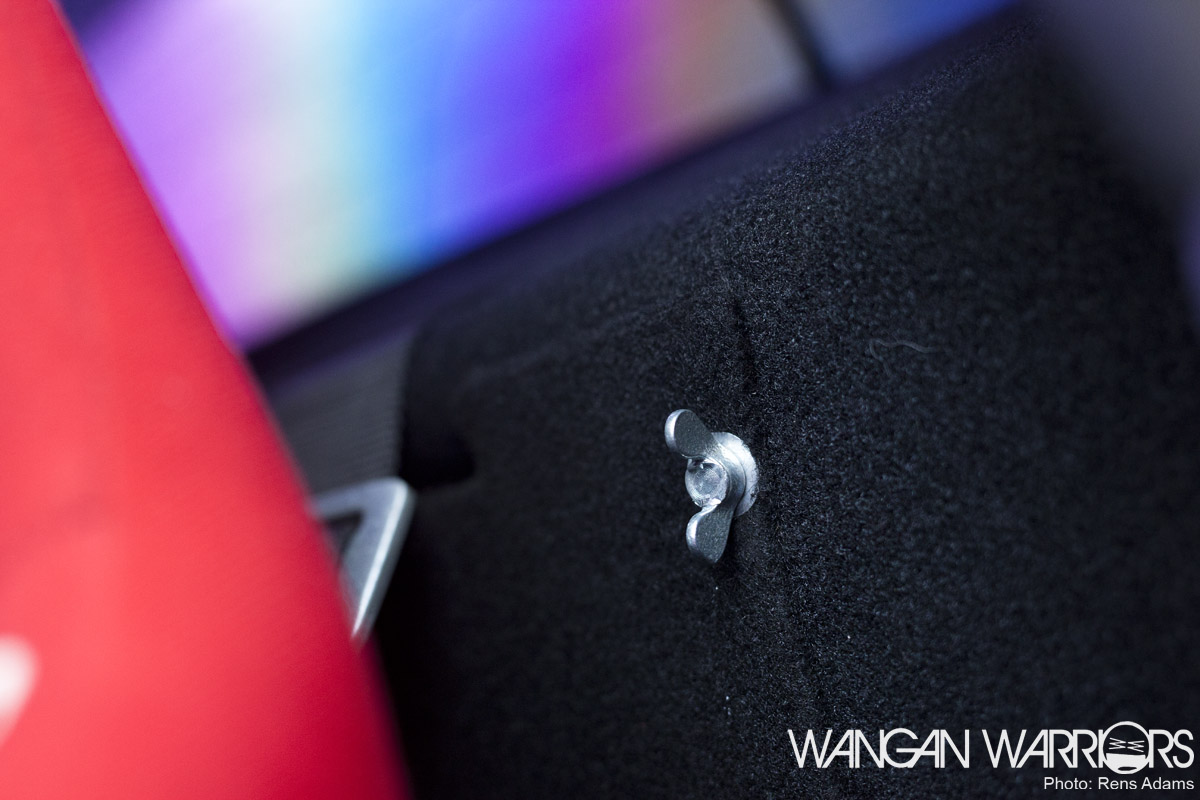 The entire rear boot had to be customized to fit in the B16 and Bennie fabricated a cowl panel behind the seats to get to the rear of the engine. This way it’s easy to do fixes or maintenance instead of taking the entire engine out for small repairs. 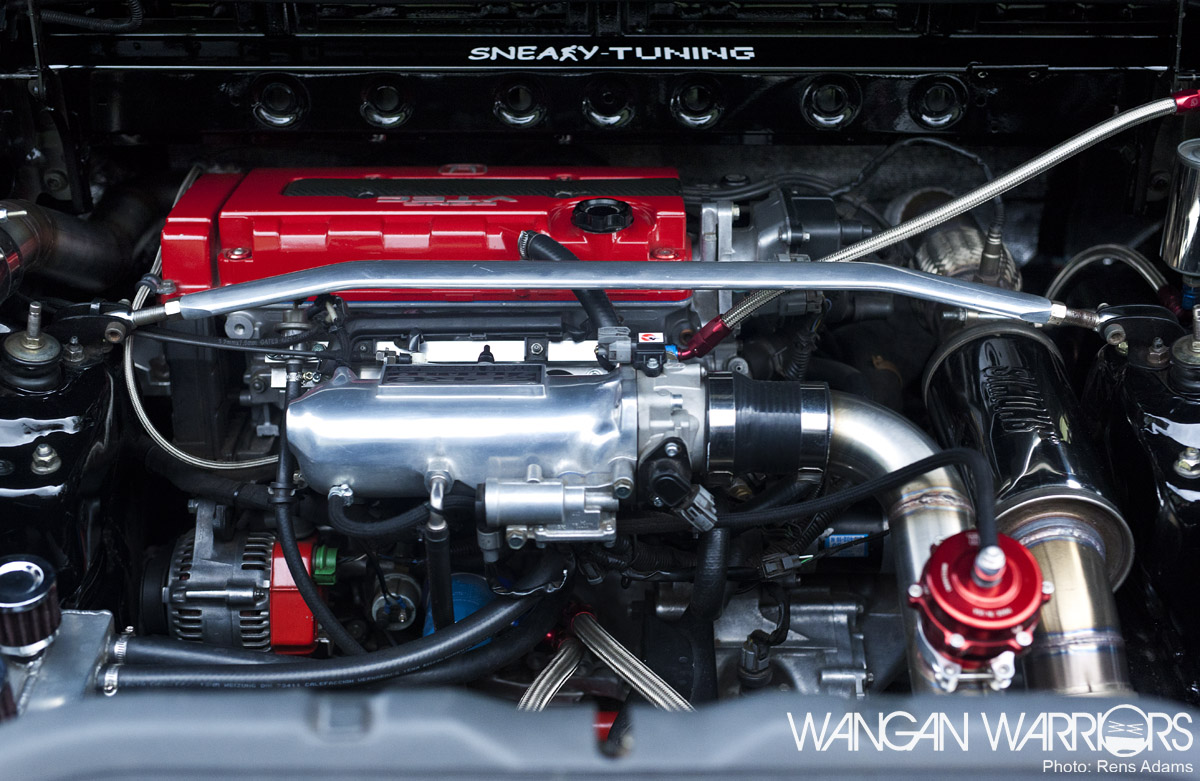 Bennie actually bought an entire EG Civic front and cut everything out he didn’t need. That only left the suspension, subframe and strut-towers, he then welded these parts in the rear boot to get the engine in. With these adjustments, many parts such as the driveshafts, engine mounts, suspension parts etc are applicable for the rear which saves customizing even more. 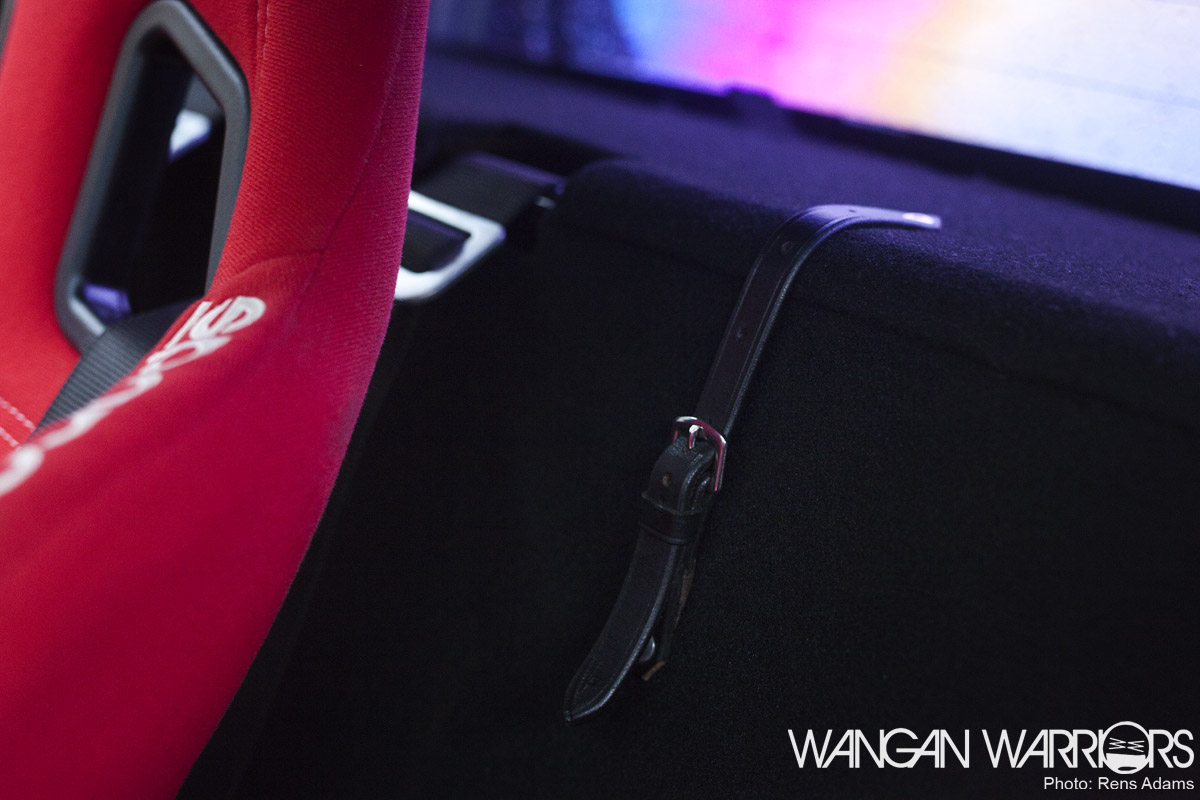 I really admire the small finishing touch details on this project as well. Bennie is definitely not the type of person to “show ‘n shine” but he sure knows how to work things out into detail and have clean and almost OEM looking elements that give the car its original character. 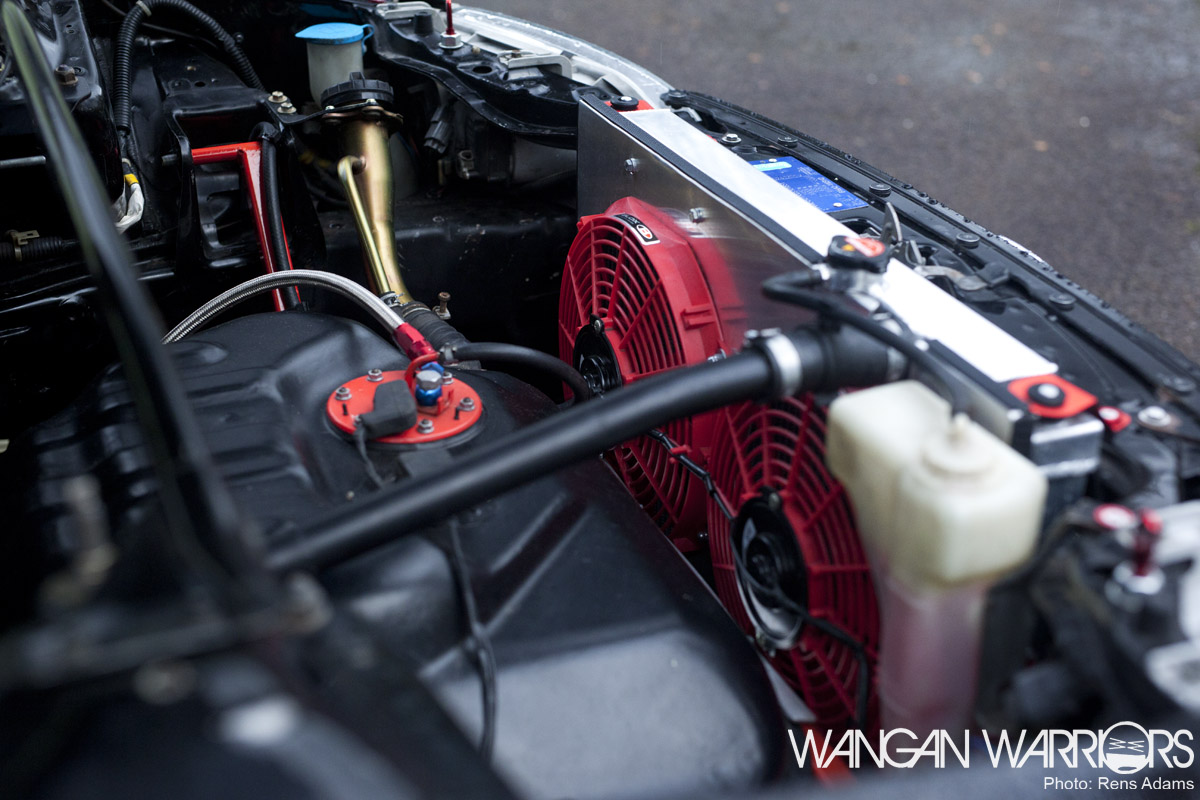 With the engine replaced to the rear in a car that wasn’t designed for it, you need to bring some weight to the front to have it all balanced out. As you can see, Bennie installed the fuel tank in the former engine bay and saved some money by using the original tank instead of buying a new custom example. Again he decided to customize a few things to make everything fit and operational. 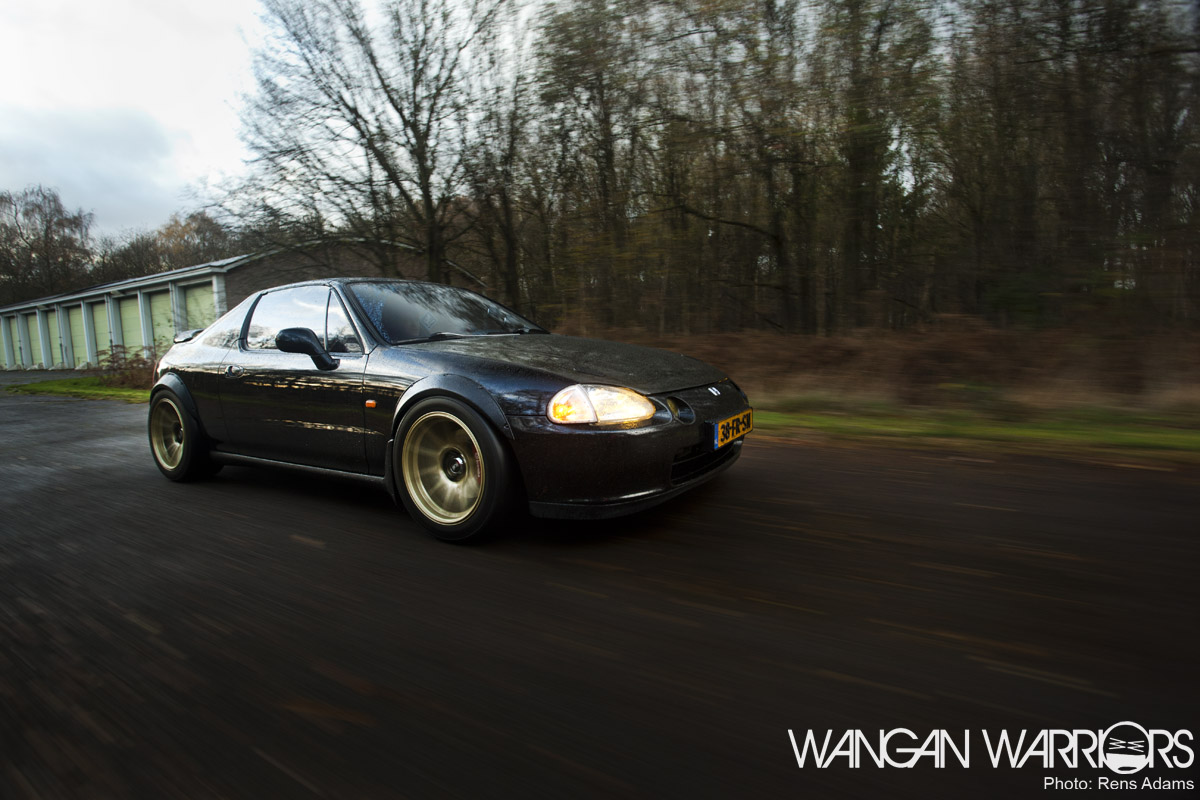 I don’t like to go into detail too much on the technical part, because I think I couldn’t explain all the details and decisions Bennie made better than he could explain himself. Right now Bennie likes to enjoy his car for the time being and enjoy visiting some meets and racetracks. 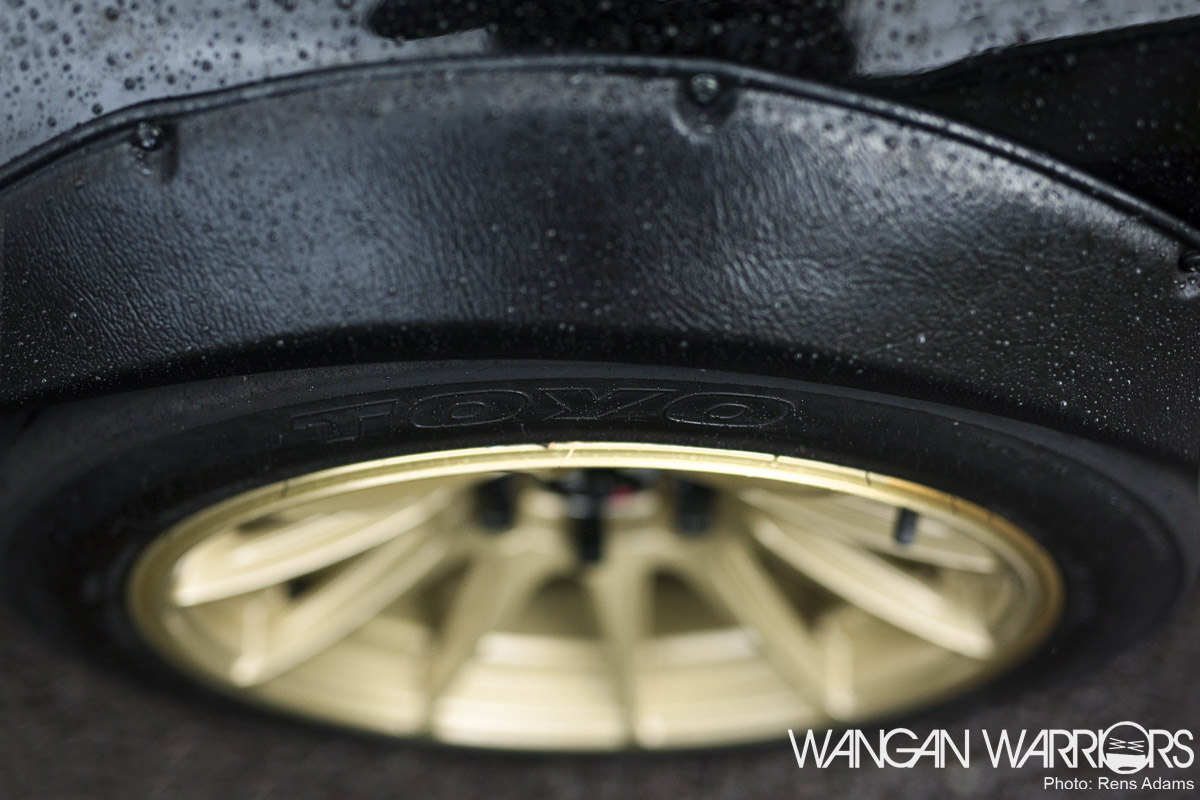 The engine still needs a proper mapping session with the current set-up, but the estimations are that it will be around 400bhp which is a lot of power for the light weight Del Sol. I’m really looking forward to how this Honda will perform and behave on the Nürburgring though. 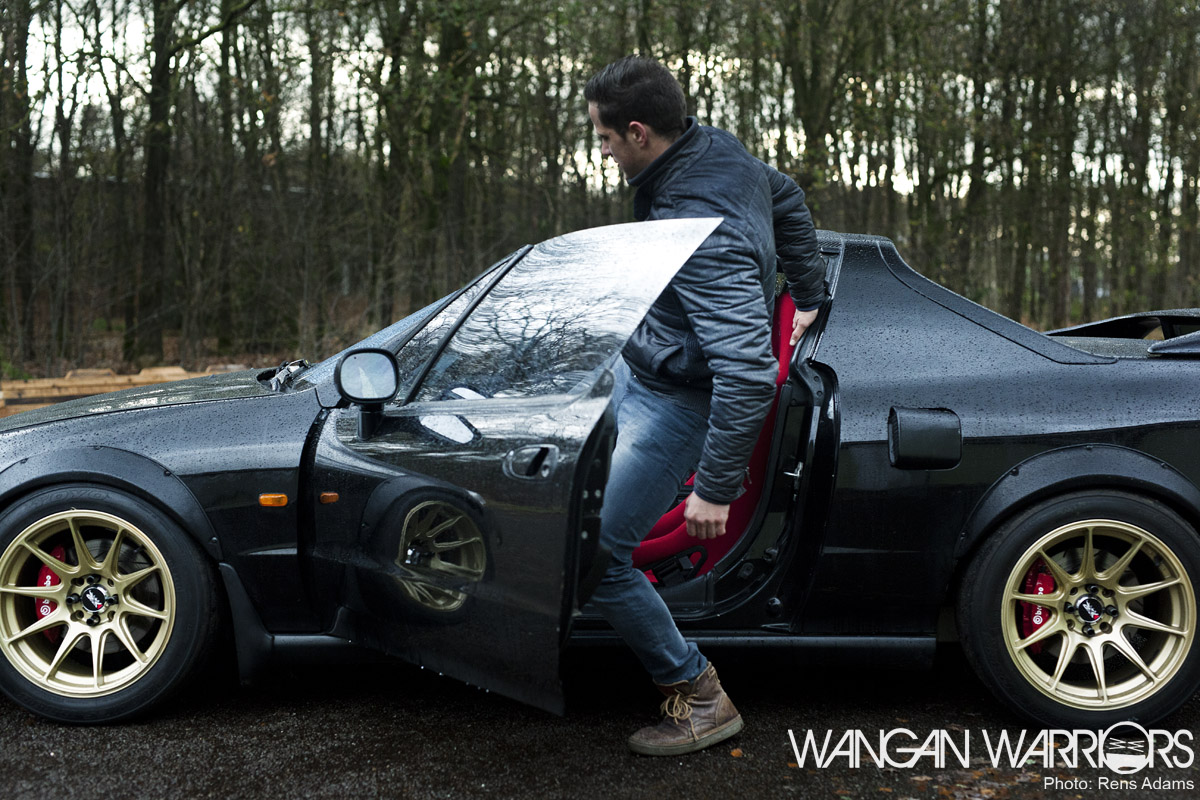 Many thanks go out to Bennie’s mother who allowed him to use the garage for the project and making a complete mess every once in a while. Bennie would also like to thank the people at Kronenburg Autosport for letting him use a lot of equipment. Bennie also appreciates his mothers partner Edward for putting so much effort in getting the Del Sol certified and street legal. 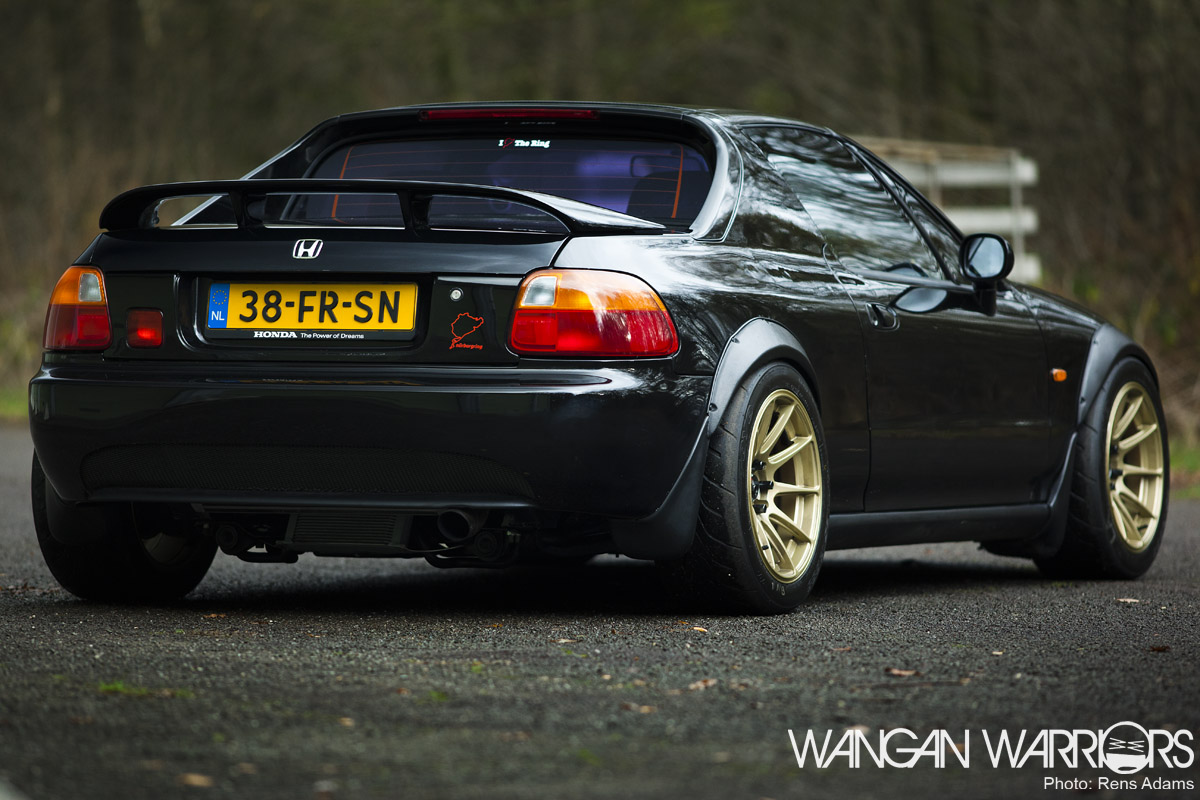 It’s been a long time since I last did a full feature like this, but I’m happy to have met Bennie and tell just a little part of his story. I admire motivated and striving people like him and I’m hoping this Del Sol will turn a lot of heads in the future. Cheers Bennie! 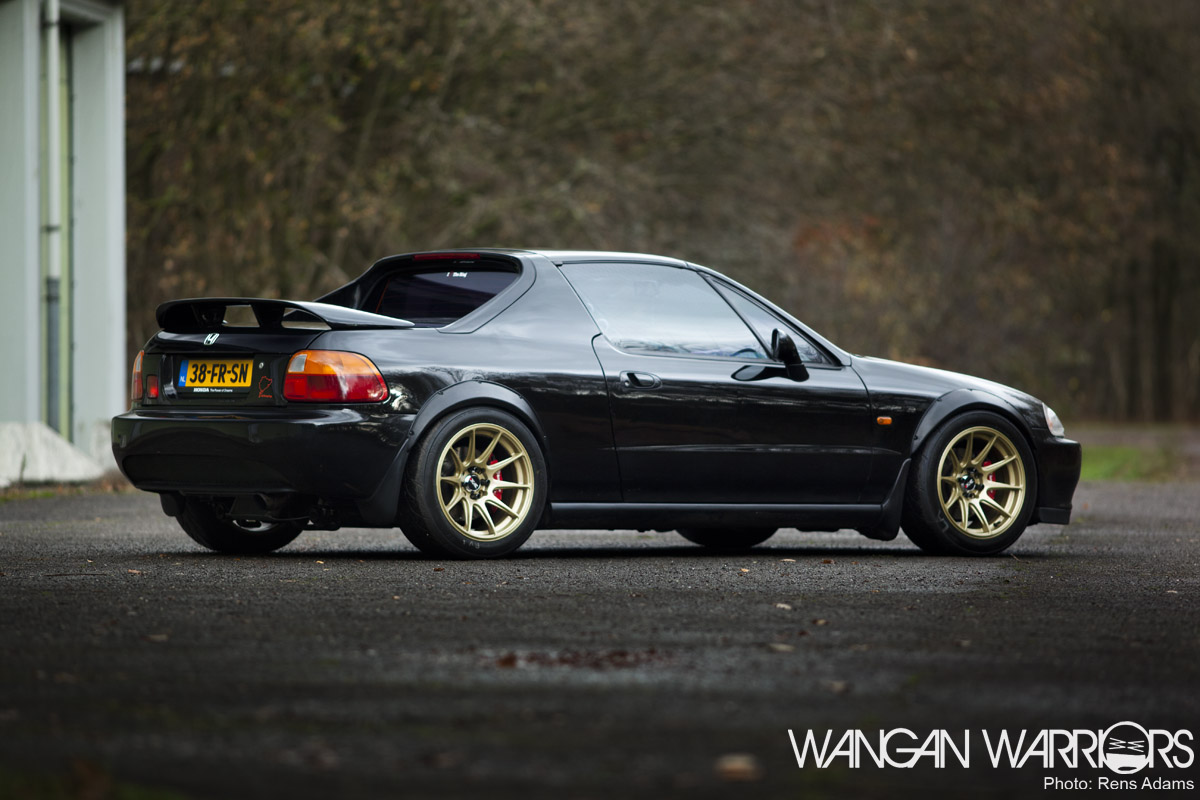 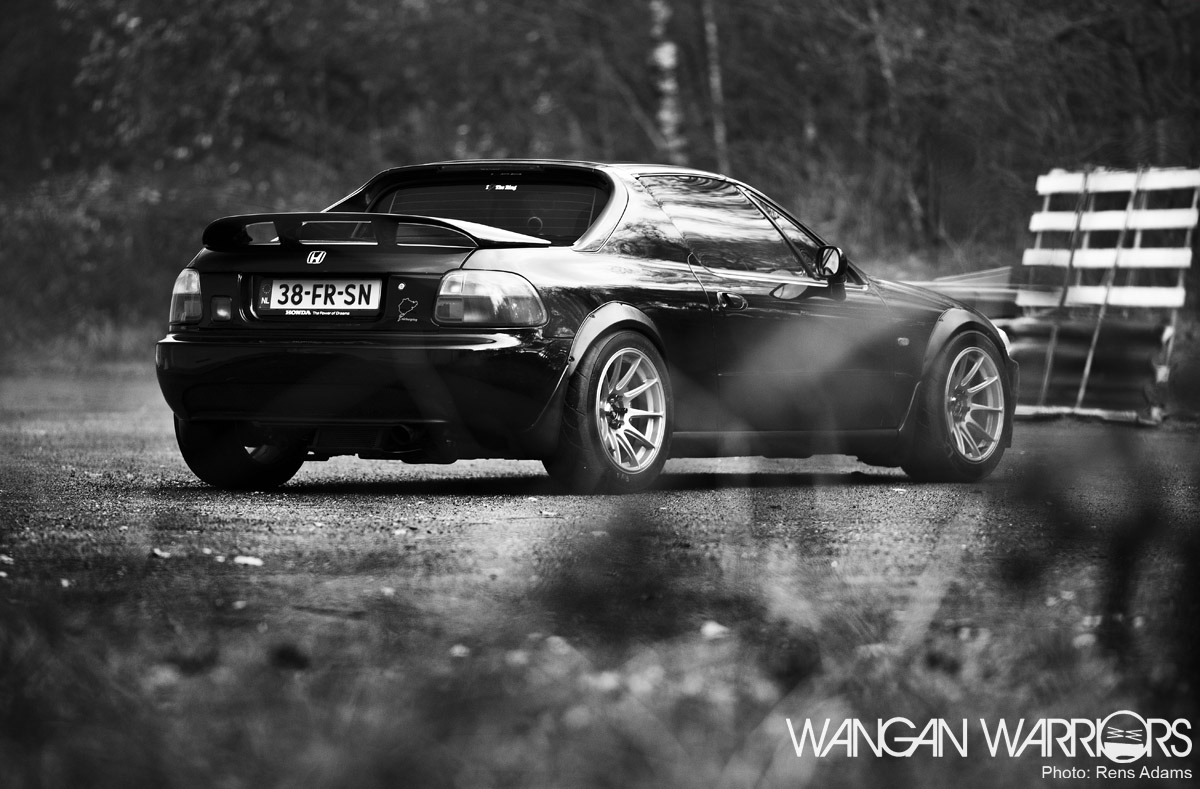 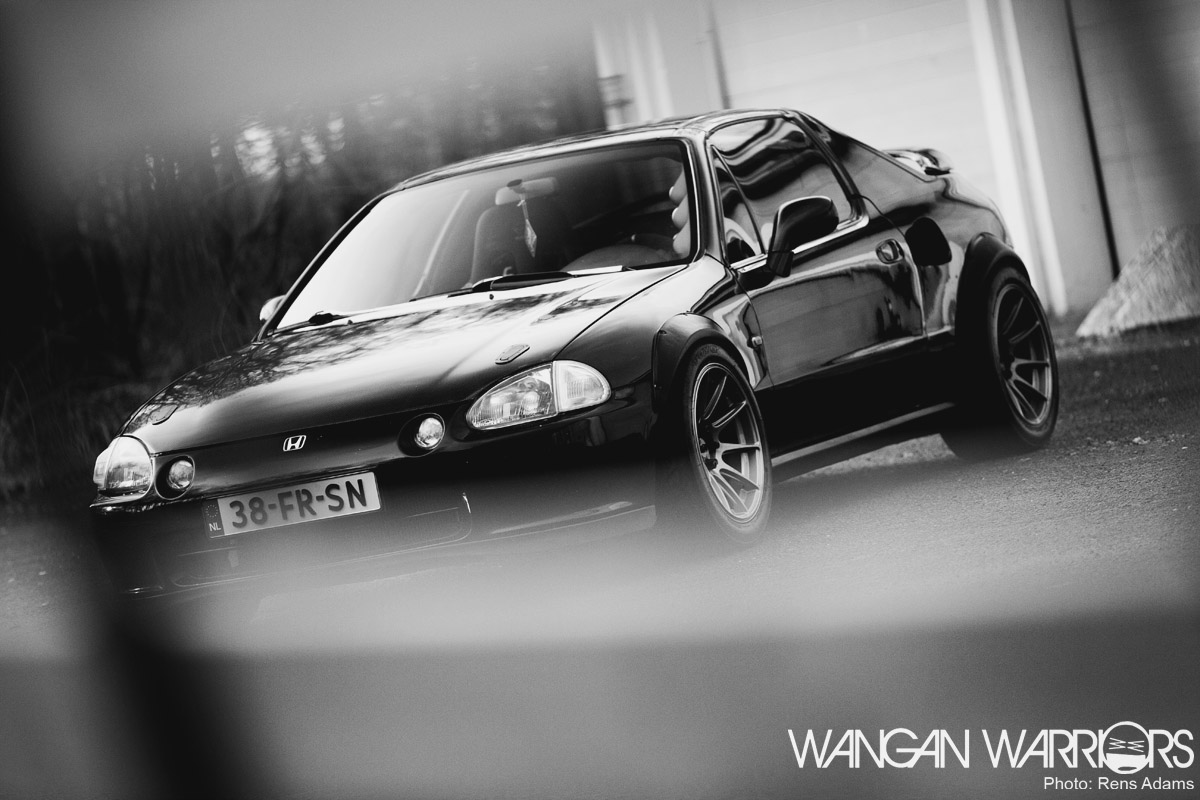 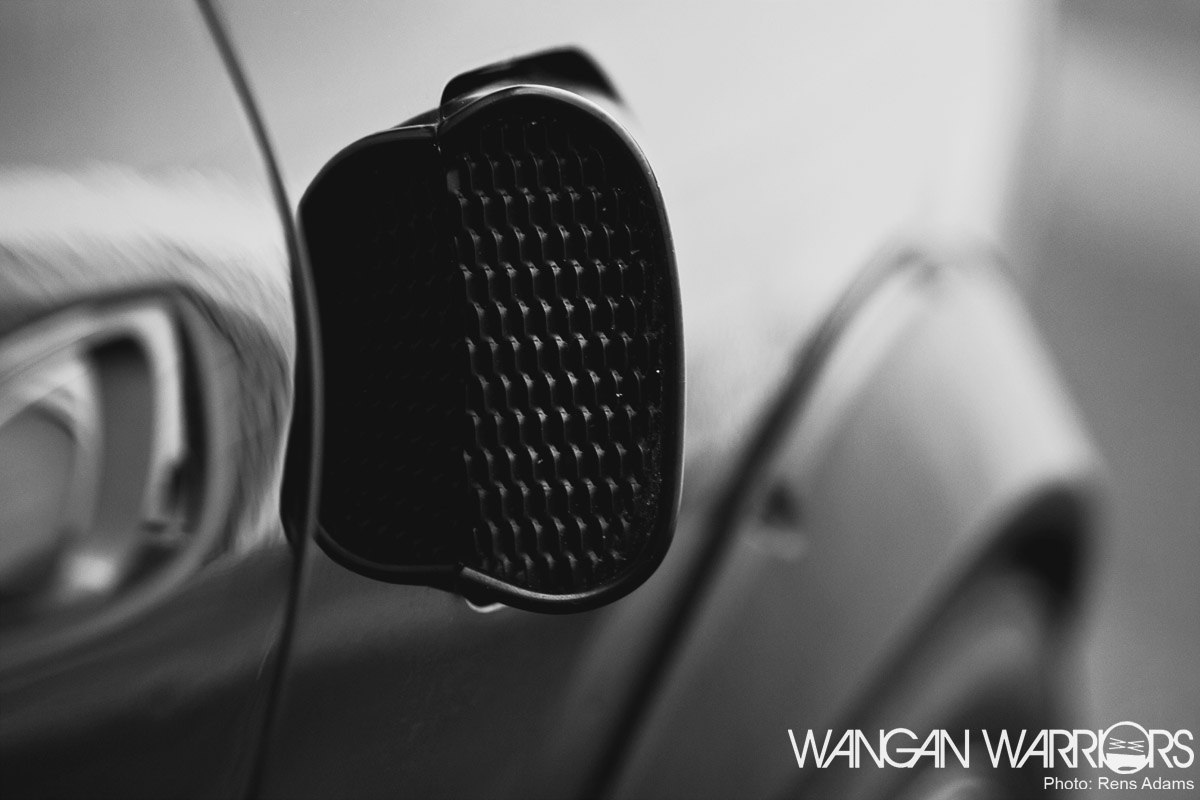 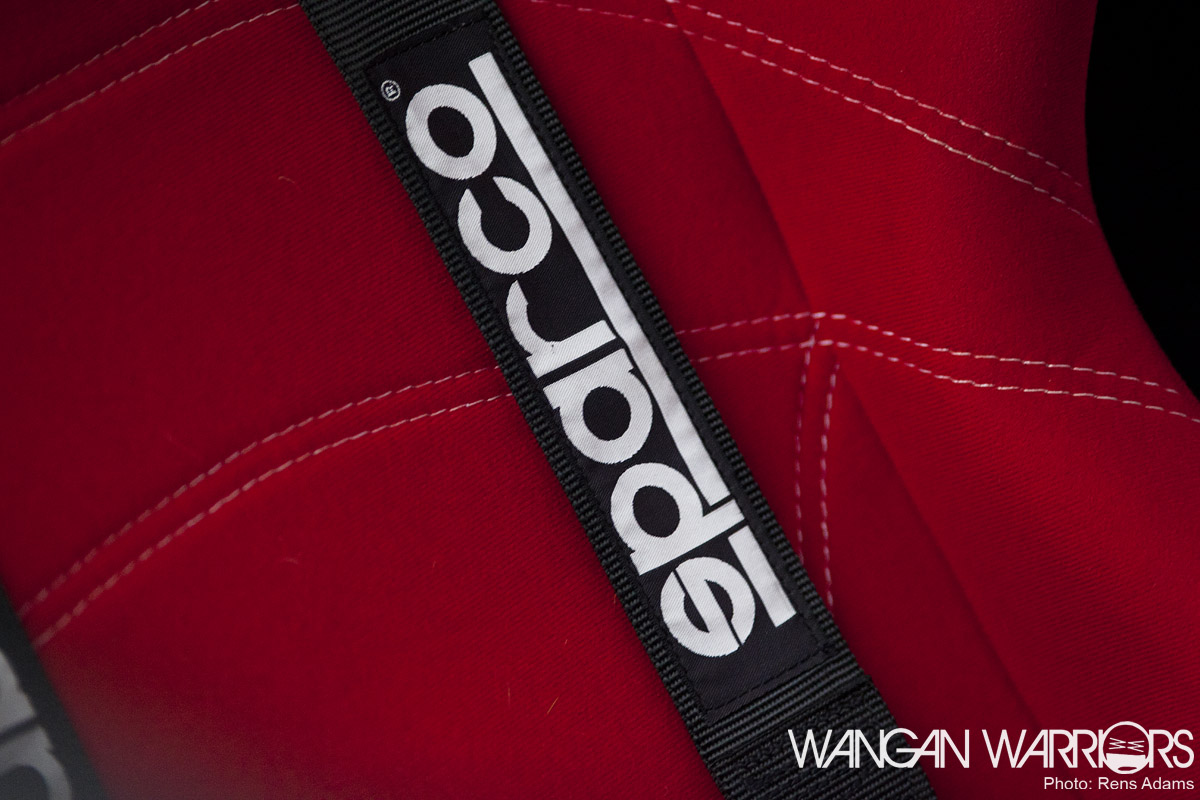 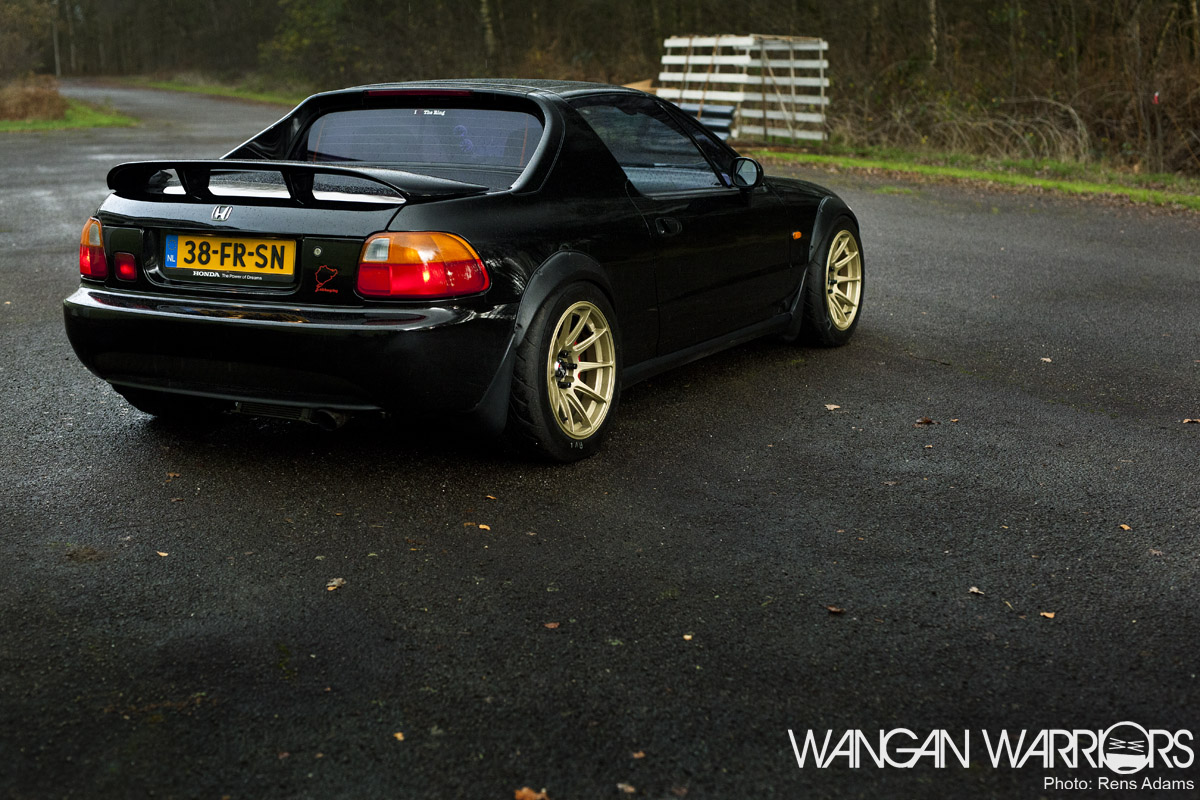 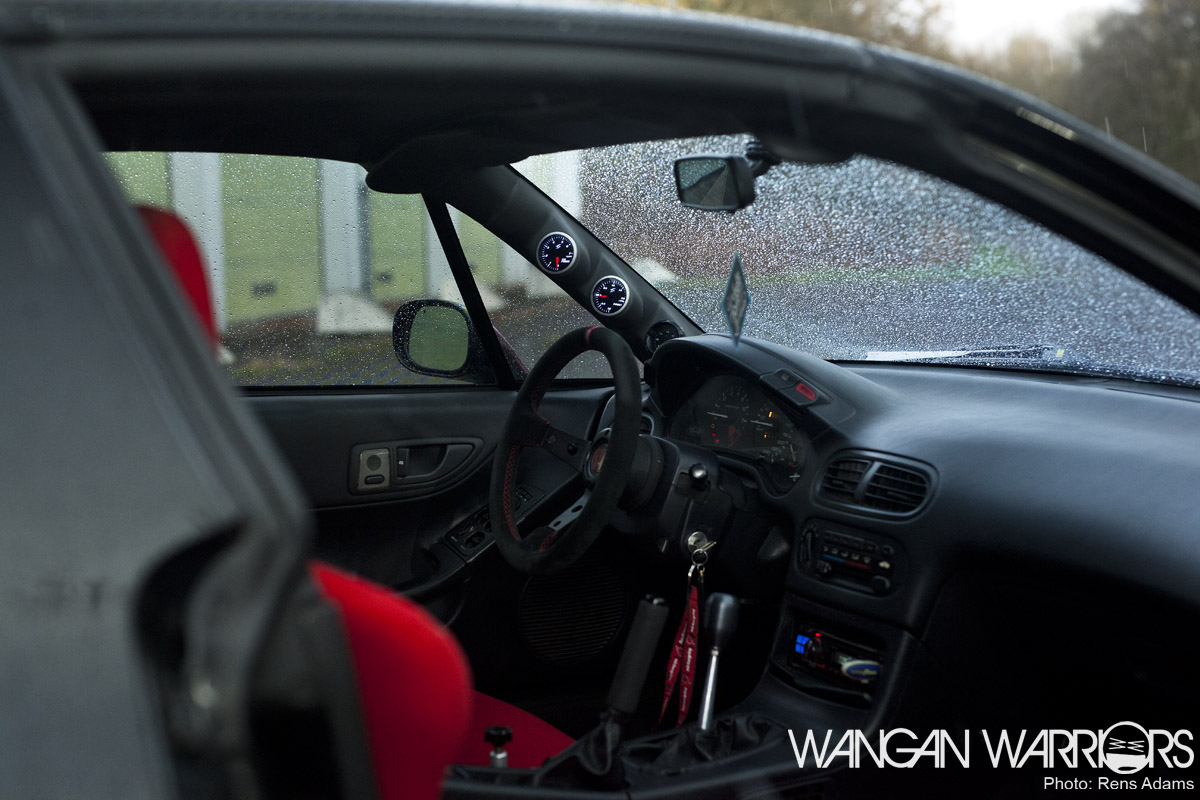 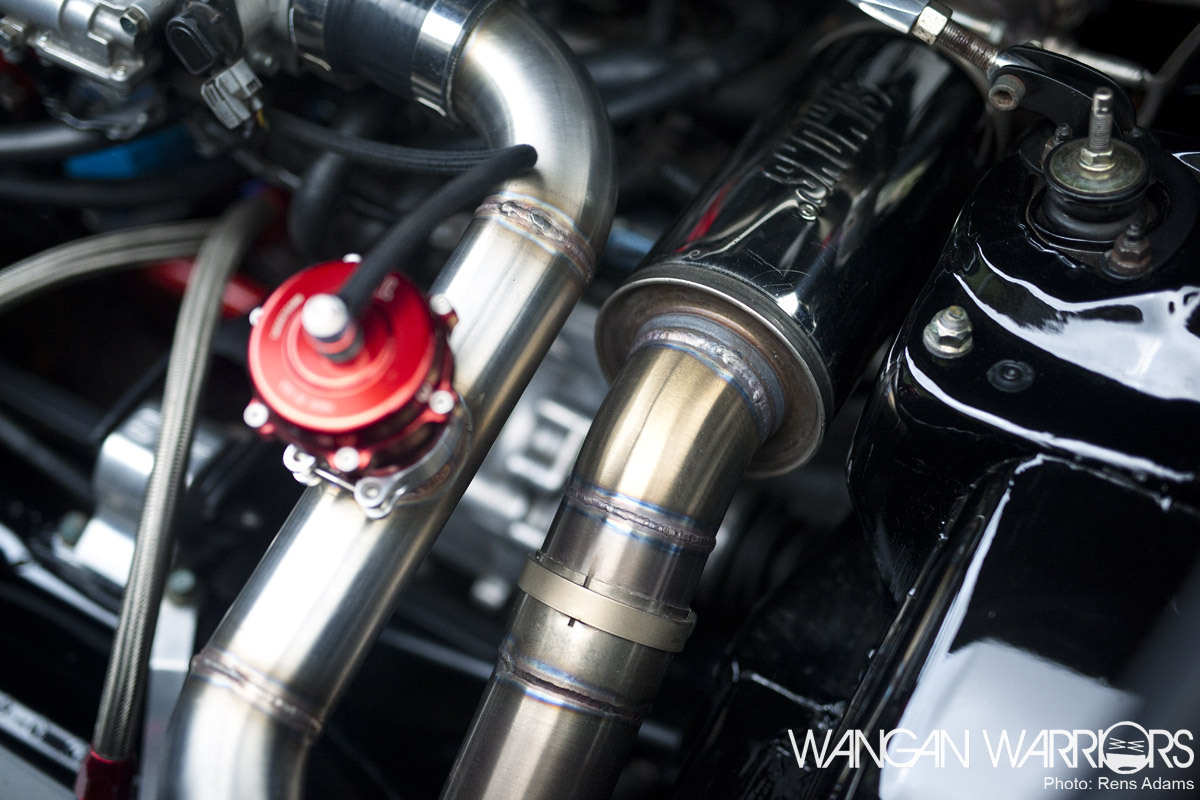 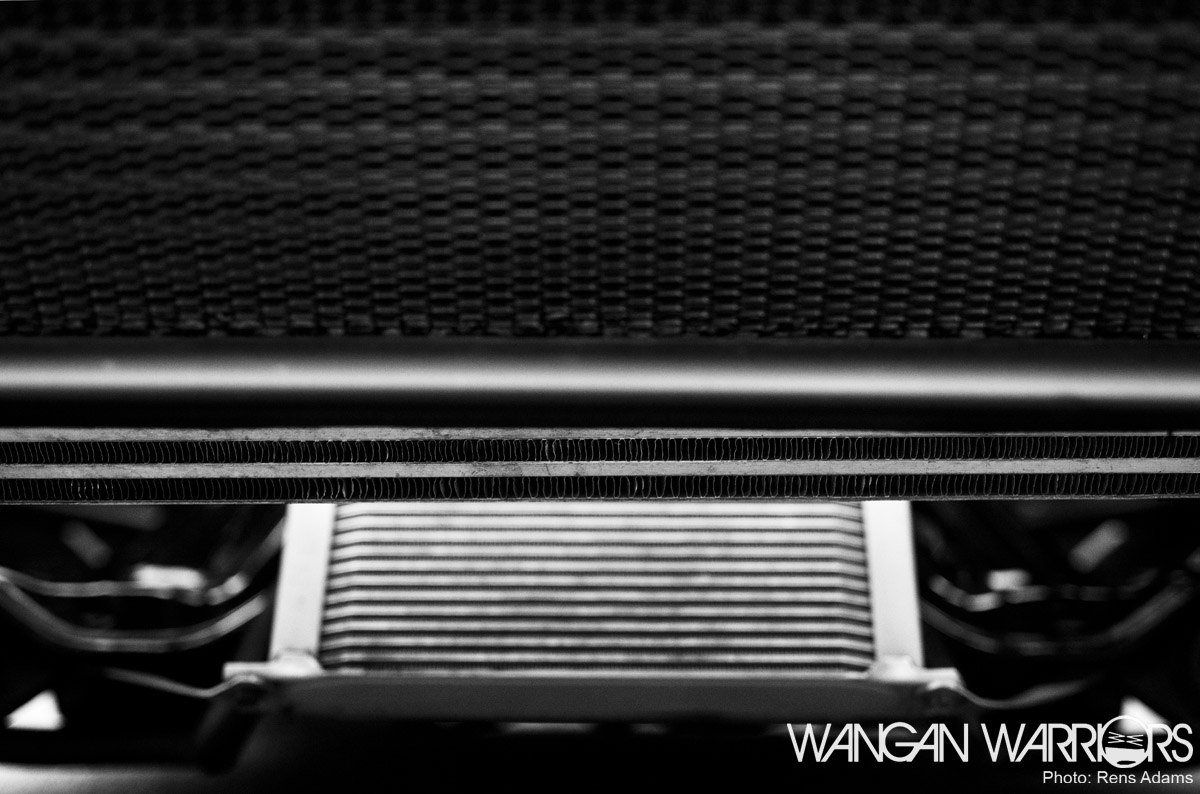 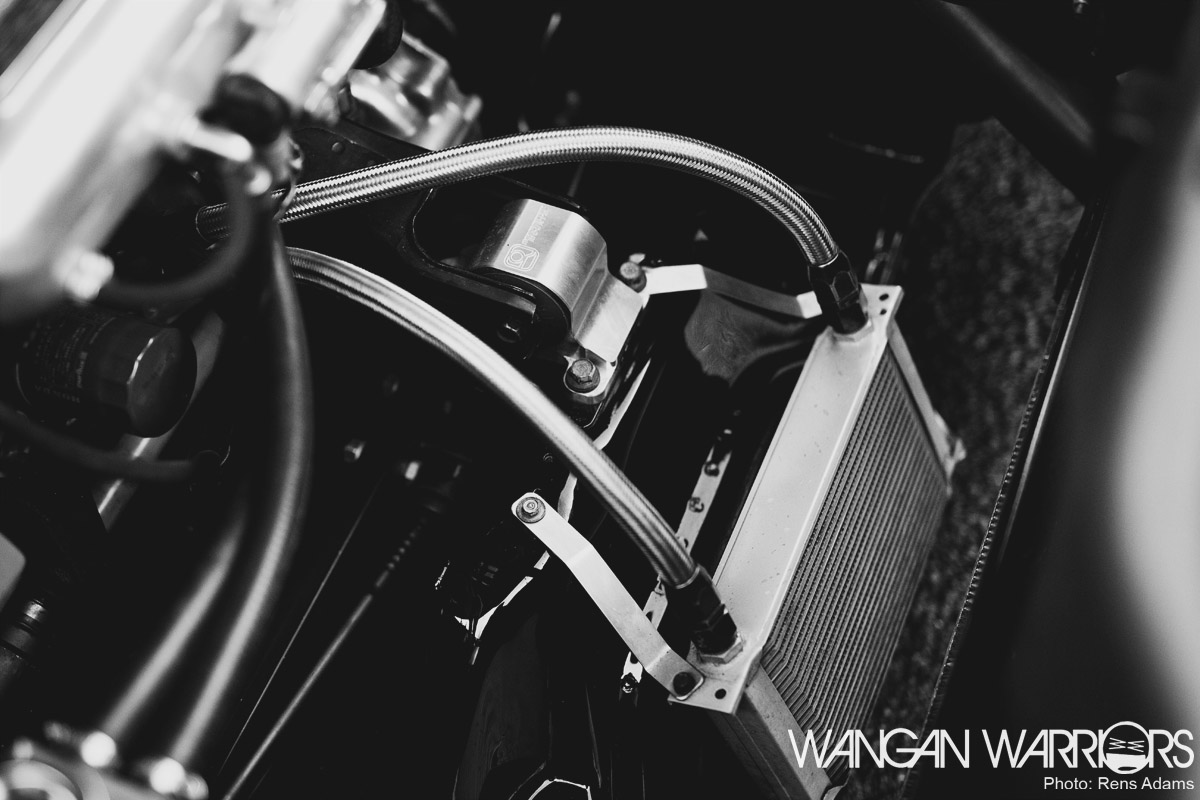 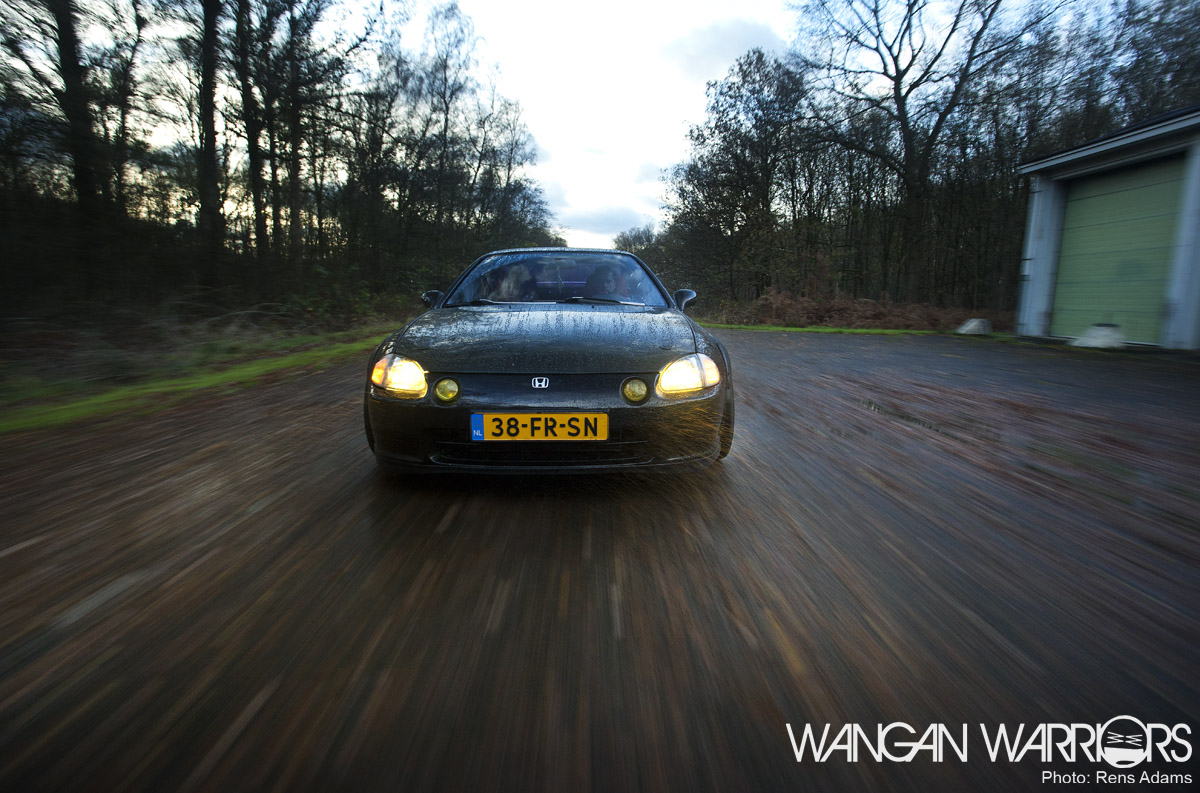