Okay. I’ll just go ahead and admit it. I’m spoiled rotten! I’ve been to so many great events, both big and small, in Europe that most events in my home country of the Netherlands just don’t seem to do it for me anymore! Unfortunately I don’t have the financial means to visit an event or race in another country every weekend and well, sometimes you just have an itch that needs scratching. So, on Saturday evening I decided that I would scratch said itch and visit JapFest at Circuit Park Zandvoort on Sunday! 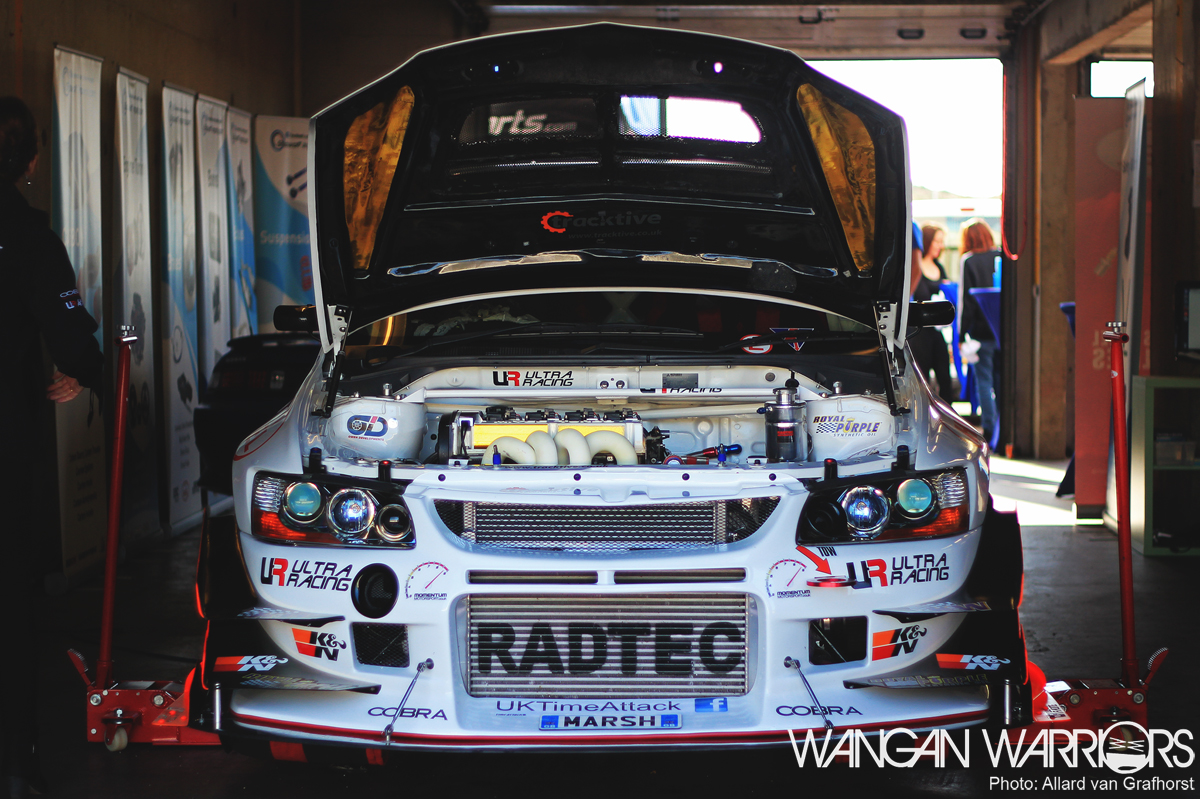 I arrived quite early which gave me an opportunity to spot some of competitors for the second round of the Dutch Time Attack series. Now, I have to warn you! If you’re looking for an update on all the times, who won which class etc. etc. this isn’t the article for you. This is all about a few Time Attackers and personal favorites. 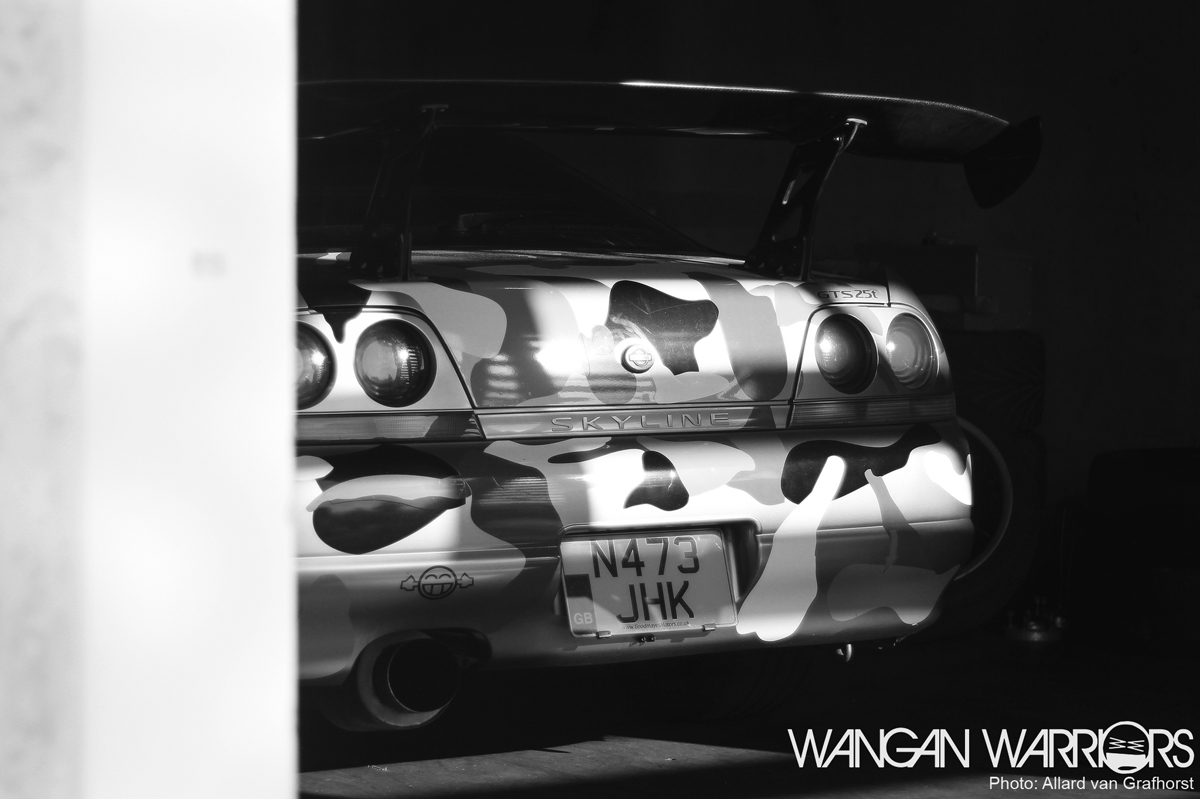 To be honest, I wasn’t even sure if I would publish anything on our humble little blog at all! I thought it would be a nice day out in the sun, maybe sharpen/dust off my photography skills and just hang out with some mates. 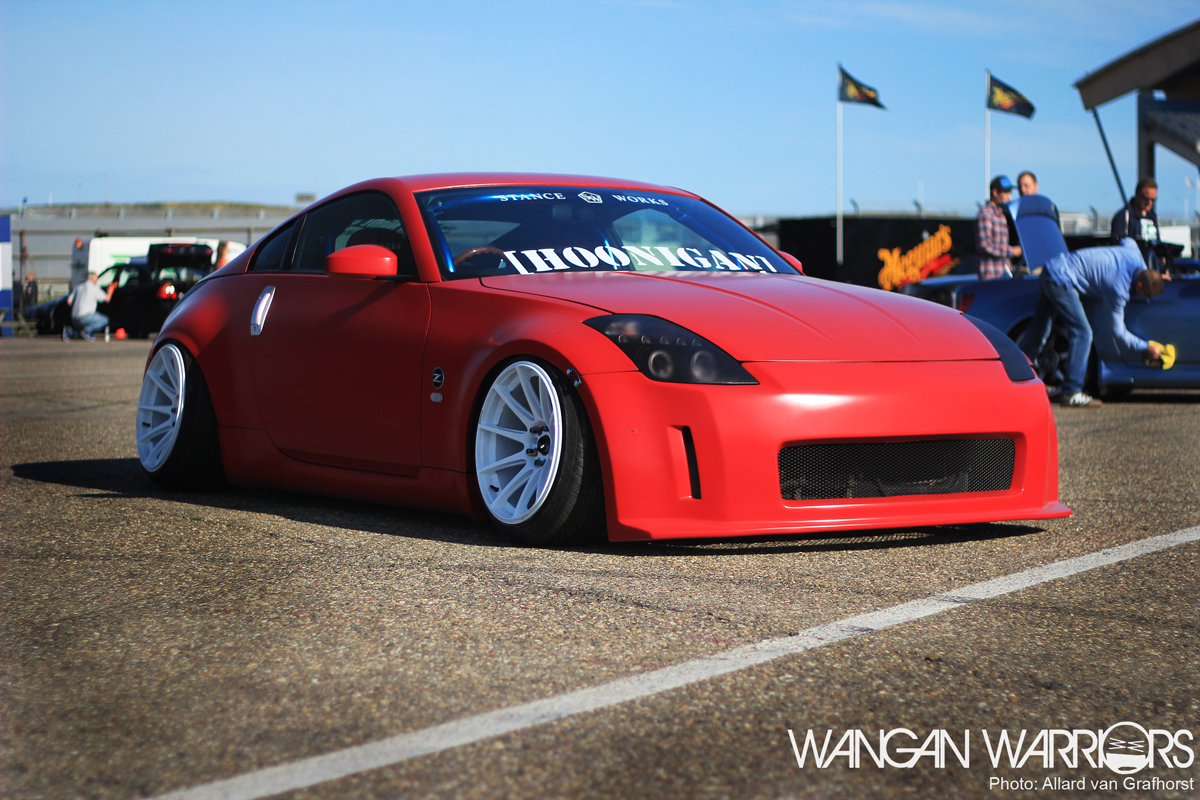 But well, I couldn’t leave you, our faithful readers, without some spotlights and future features now could I? One of the first cars to catch my attention was this slammed Z33. And when I say slammed… 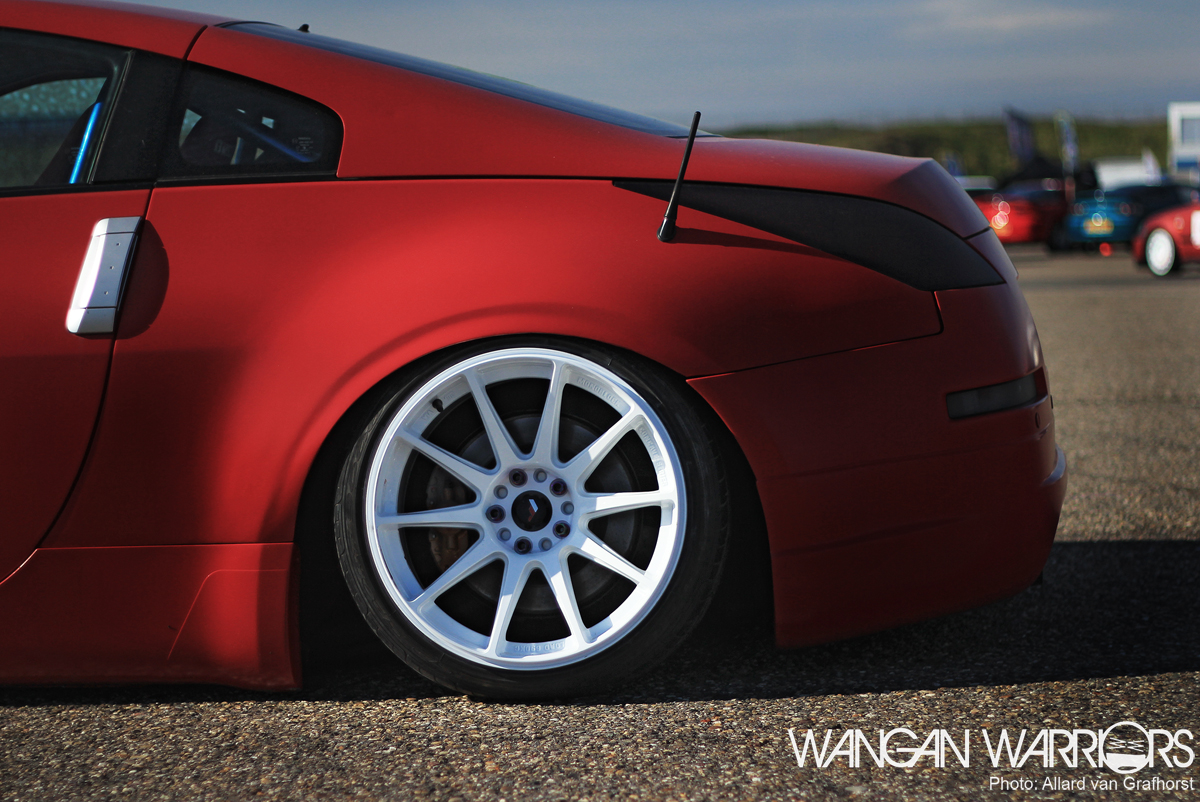 … I really mean slammed! In fact, the owner told me it was sow low that the rear subframe and framerails have zero ground clearance. We’ll be showing you more on this car in the (near) future as my  friend Rens will be visiting this beauty for a feature! 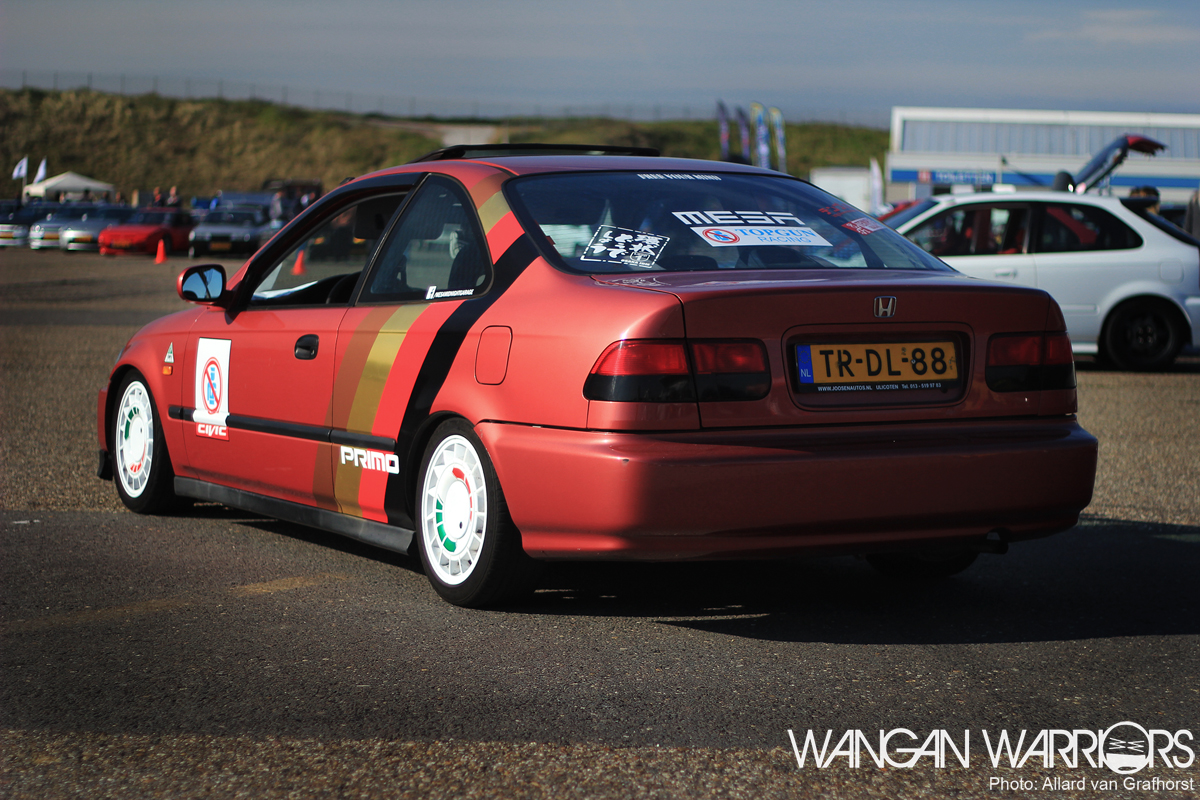 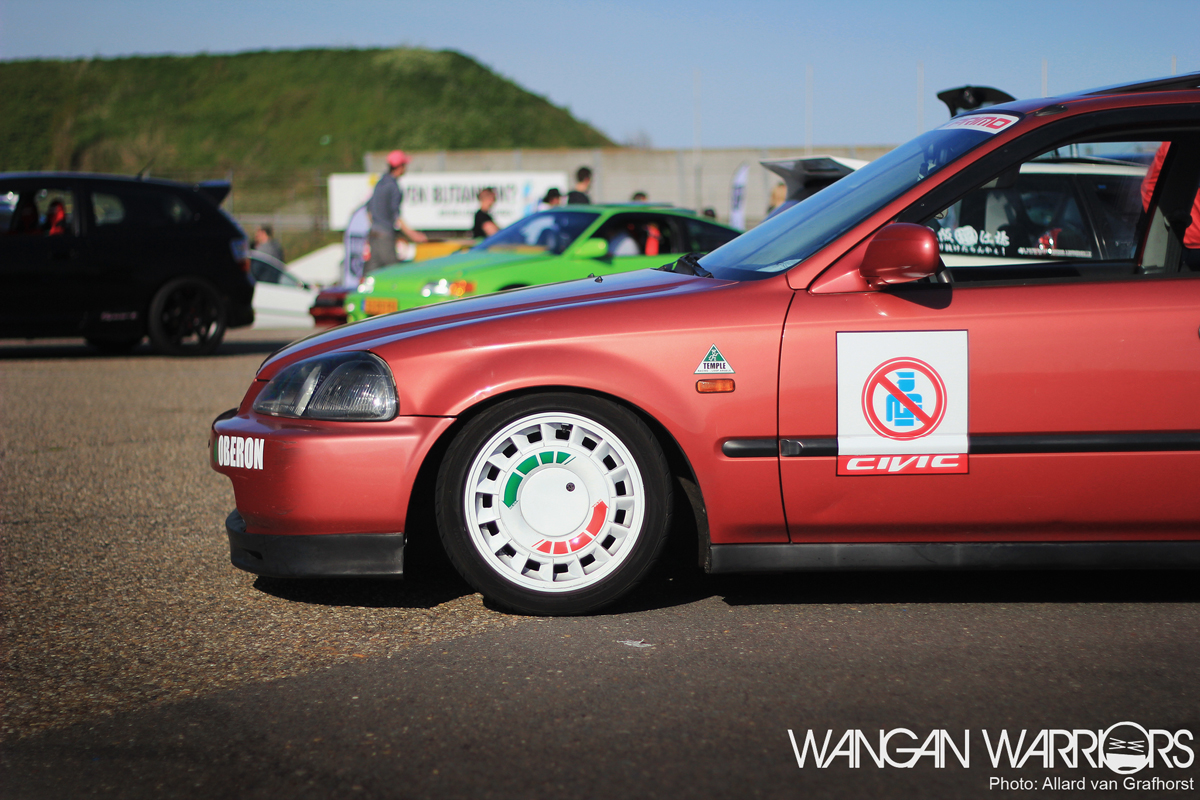 I really liked the livery and correct Kanjo racing stickers, in this case from the Top Gun racing team. Another nice touch where the speedline wheels. Maybe not “JDM yo” but quite refreshing nevertheless. 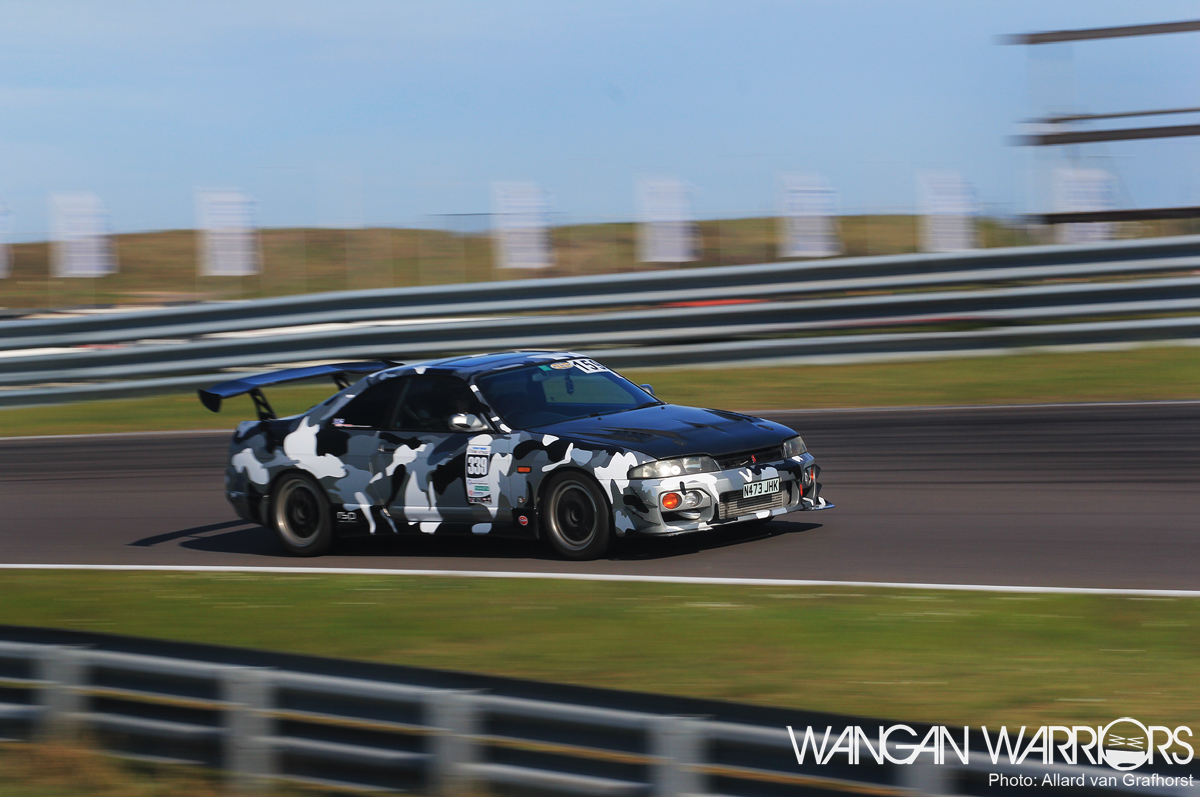 Speaking of liveries, camo seems to be the thing for 2015! I really had to give this ECR33 another look because at first glance I only saw a few wheels, a spoiler and a bonnet. 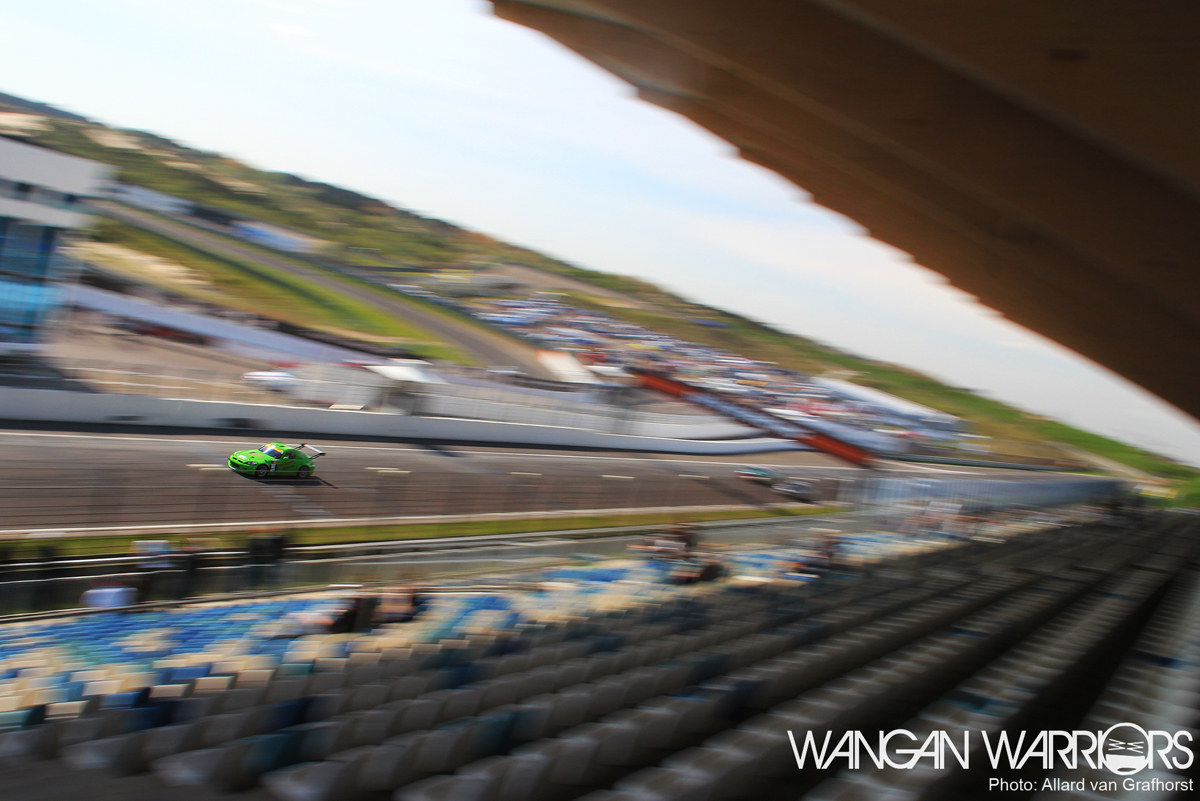 I decided to shoot some Time Attackers from a different angle between all the paddock hopping and took a seat at the top row of the grand stand among the main straight. 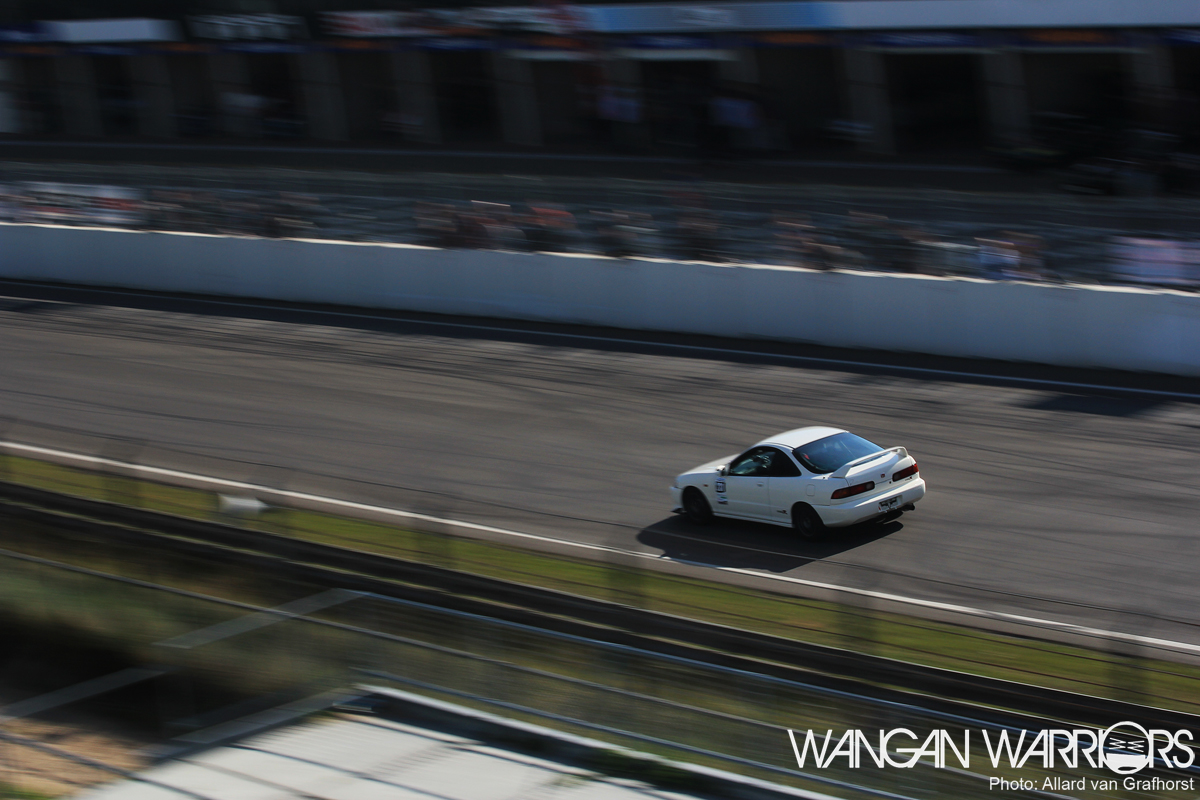 It made for some different panning shots than I usually take at Zandvoort that’s for sure. It meant I had to get creative but that’s never a bad thing for a photographer. 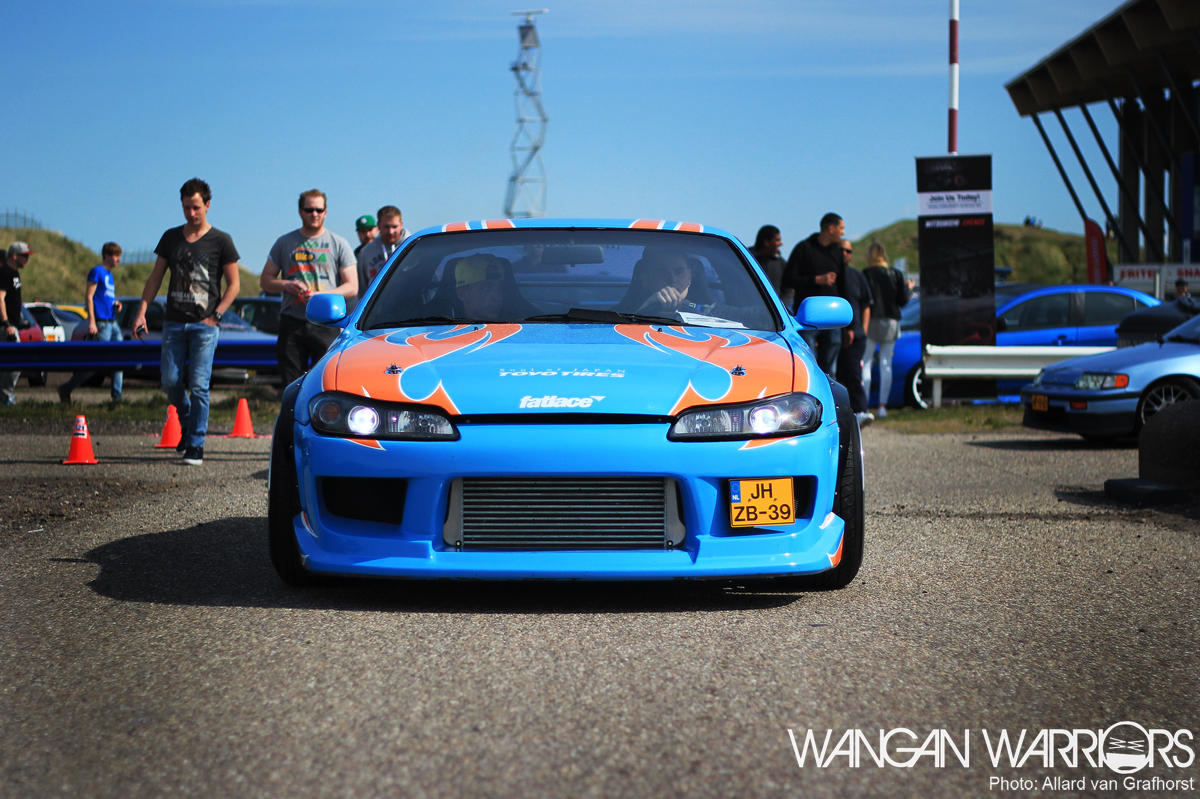 I stumbled upon this familiar face behind the grand stand for my second paddock hopping run! This beautiful S14.5 has been around for quite some years in the Dutch scene but had been for sale a few times. 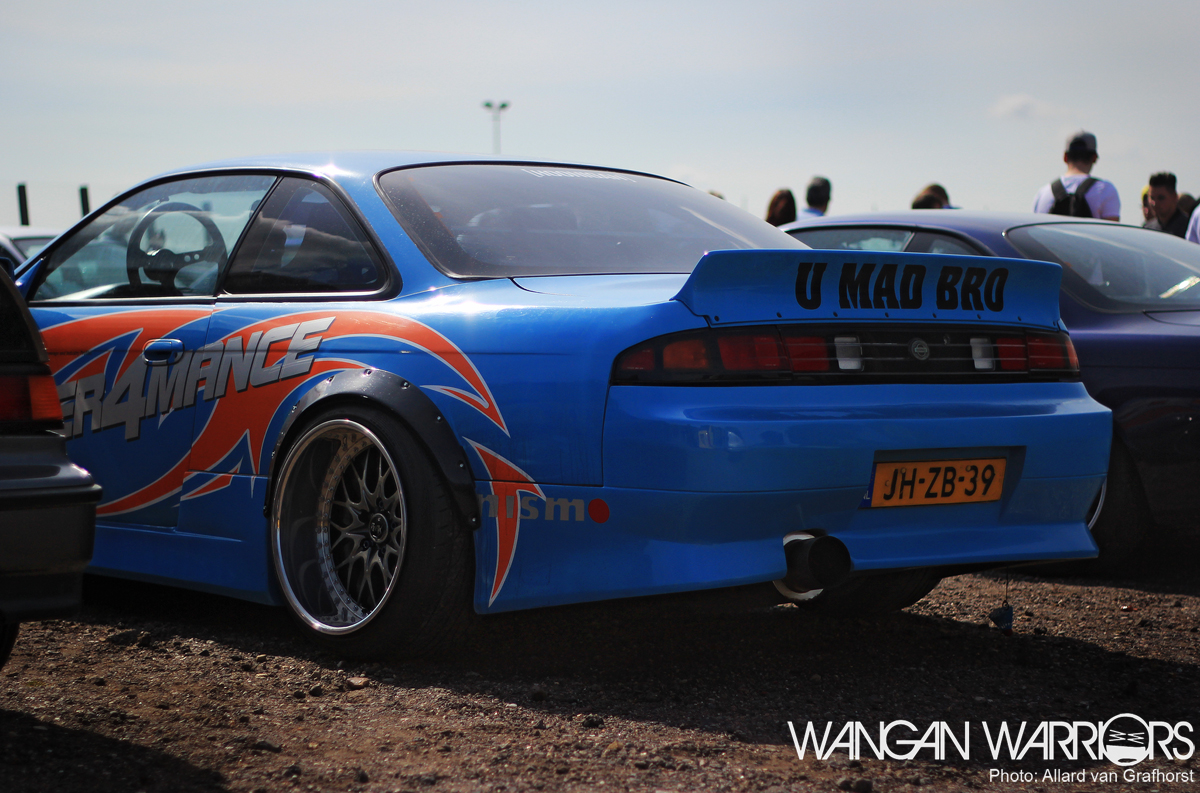 However, the latest owner decided to make some radical changes. The livery remained but added a ducktail spoiler, some wide, wide, wide Work Wheels and as a result of the wide, wide, wide wheels some fender flares! I’ll be visiting this car and it’s owner soon for a full feature so stay tuned for more. 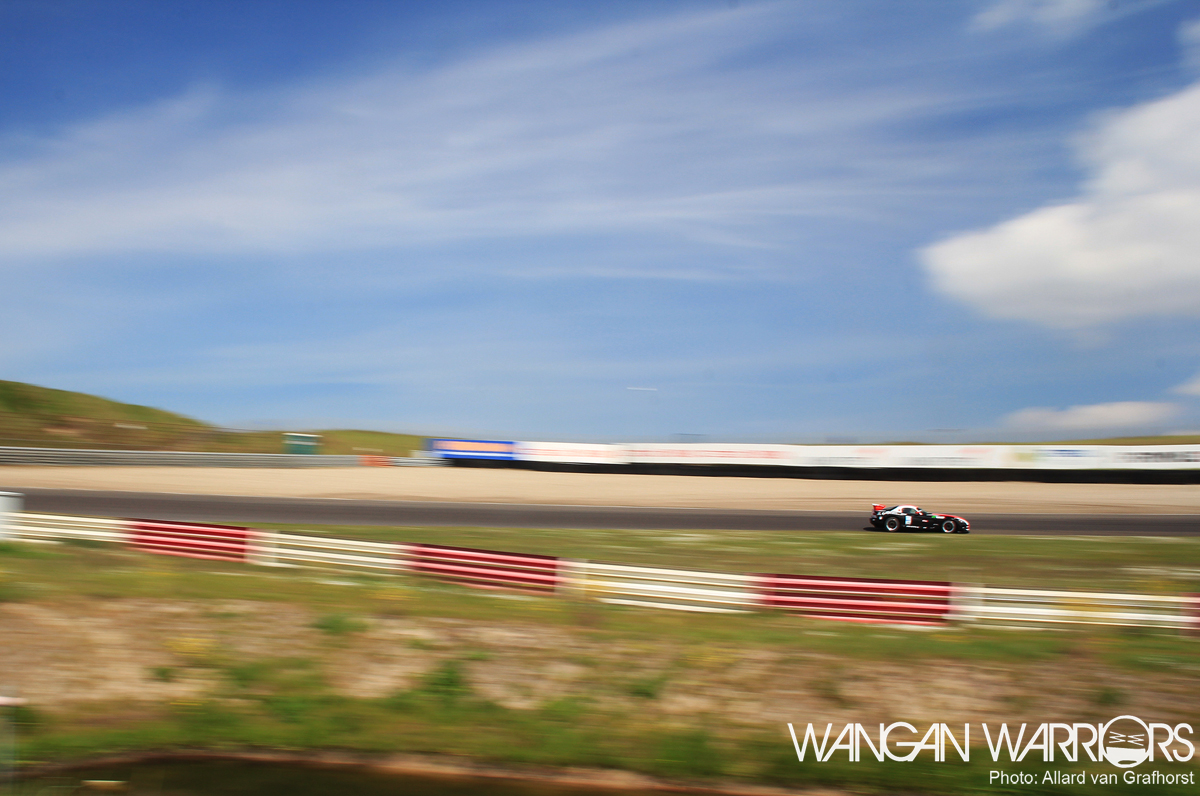 During all this future feature spotting and paddock hopping the Time Attackers where doing their thing as well. 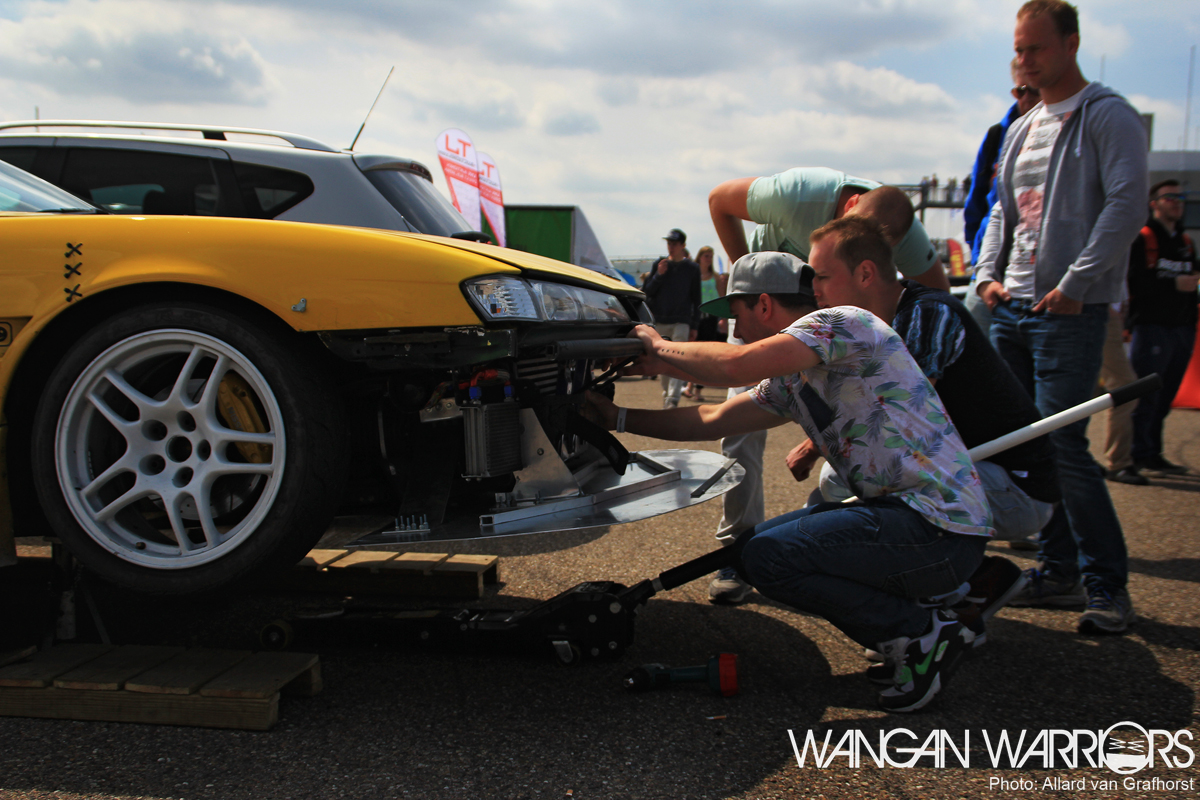 Some fixing their cars… 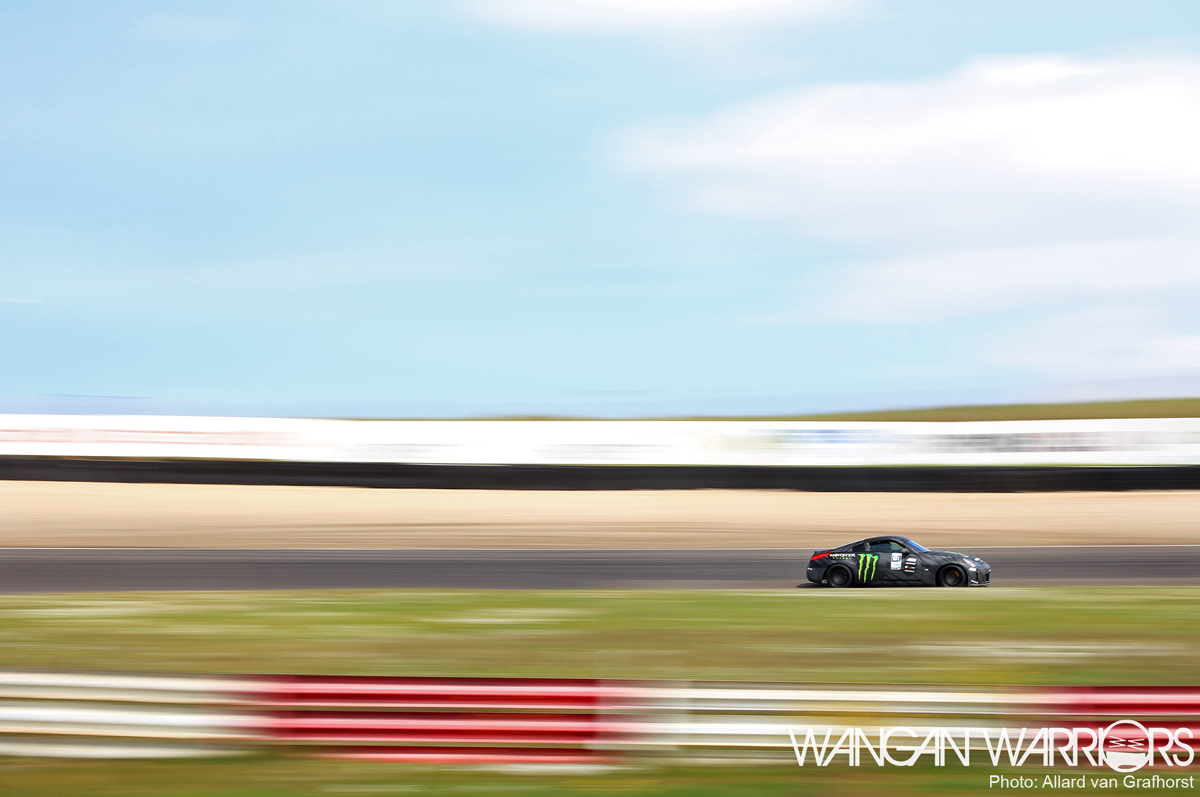 … while others tried to keep their car in a straight line! The Monster Energy Z33, driven by Lennard Wander and Jeroen van Horsen, is normally used for drifting but they decided it would be used for some fast timed laps during this round of TA. 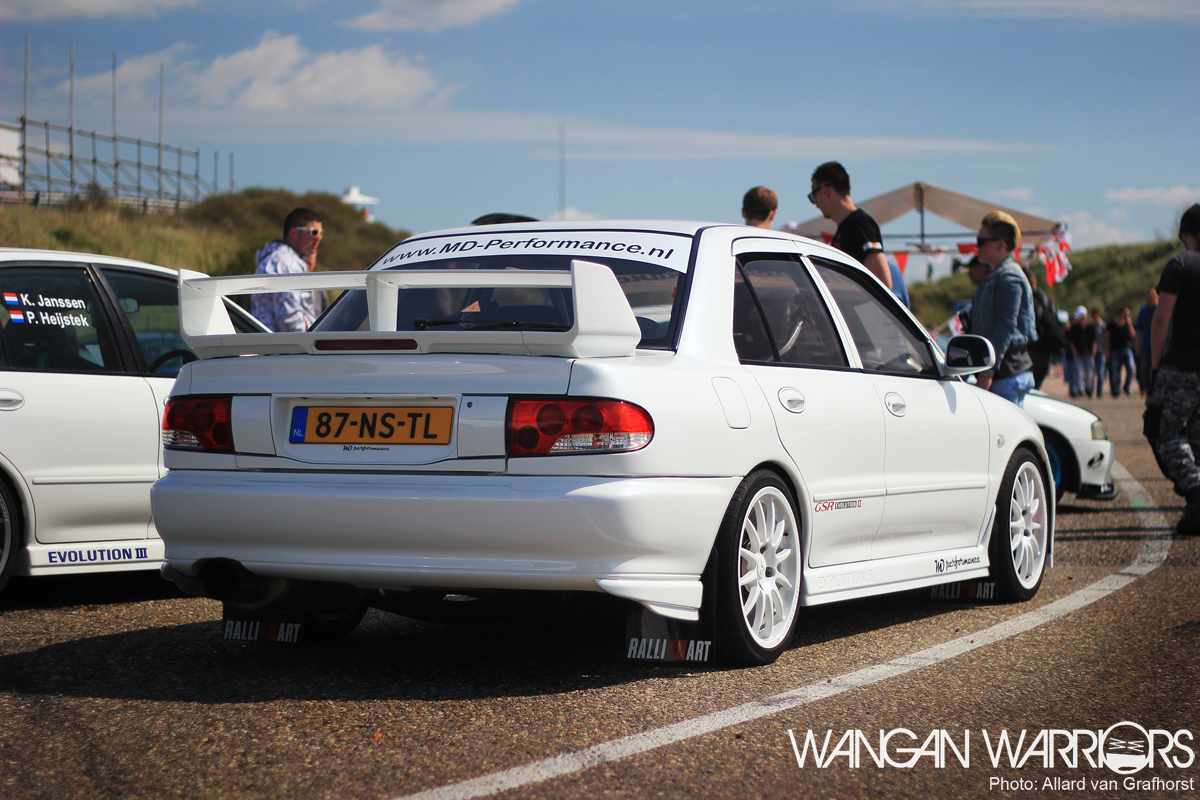 Anyway, to sum up my day; It was sunny… 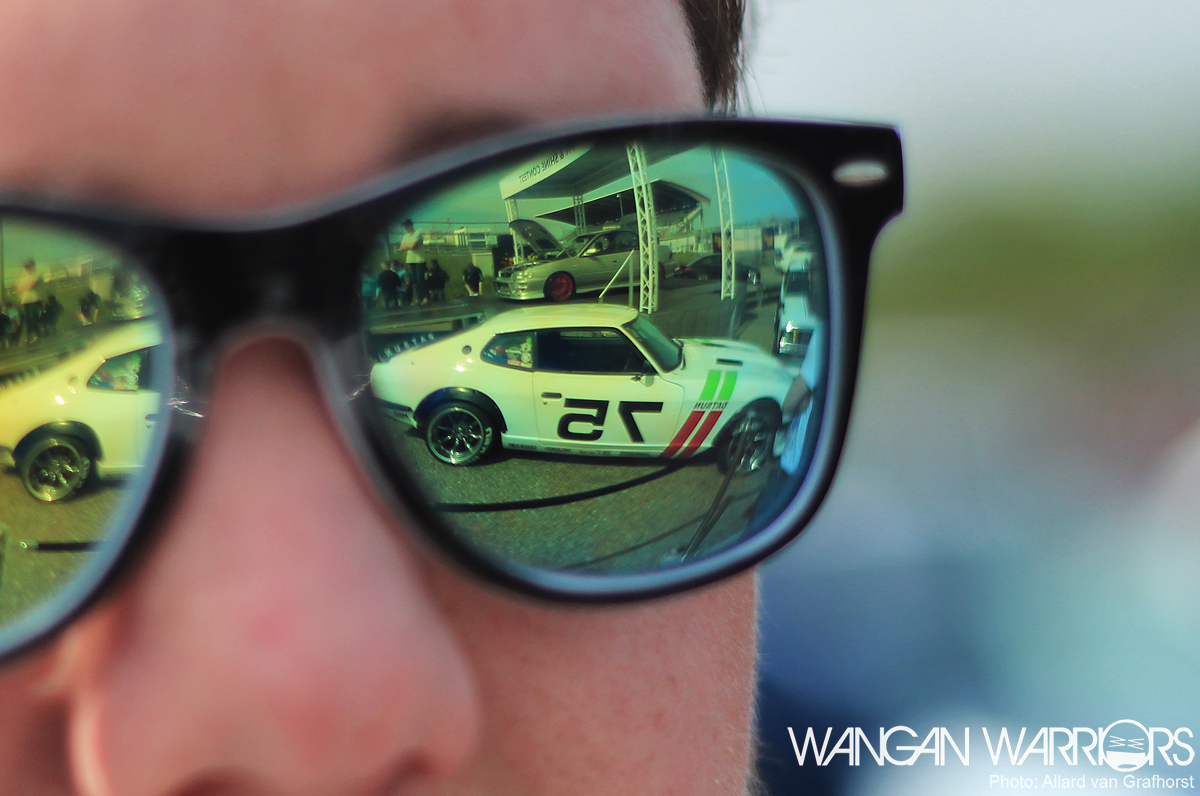 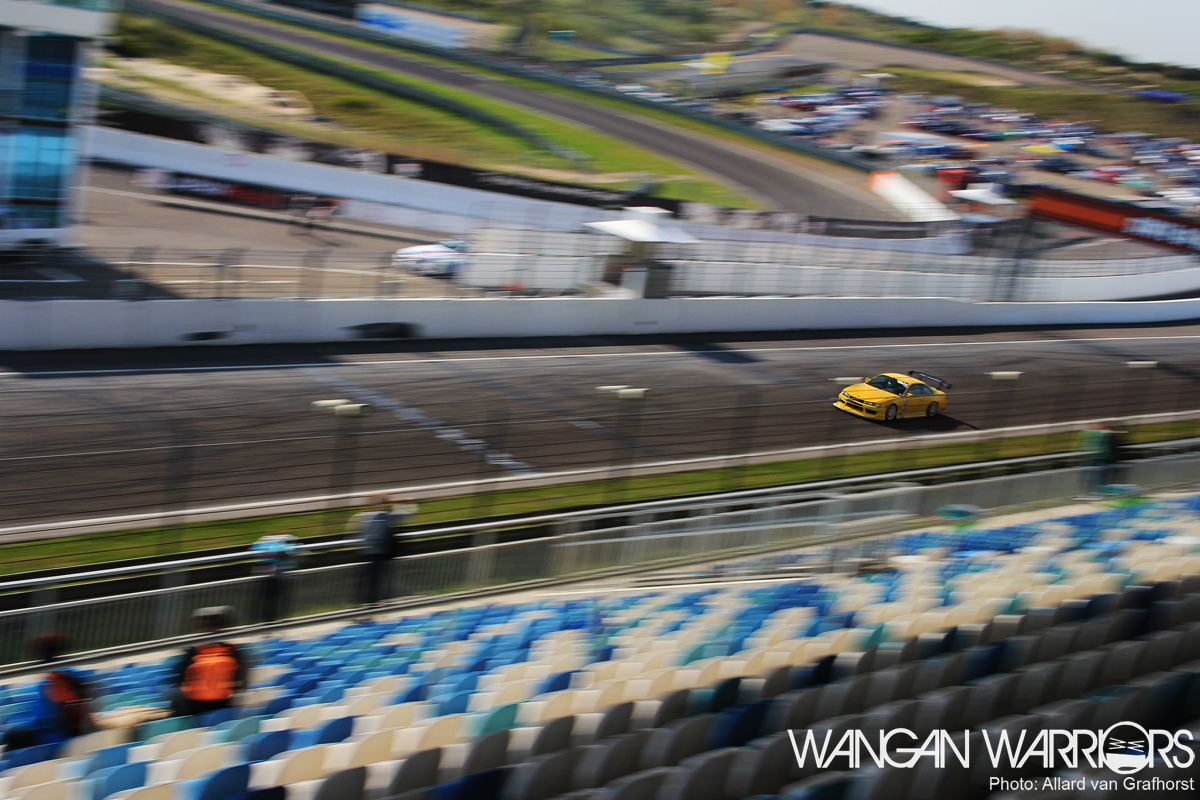 … and took some photo’s! To be honest, that’s really all I can tell you about JapFest because it reminded me again… 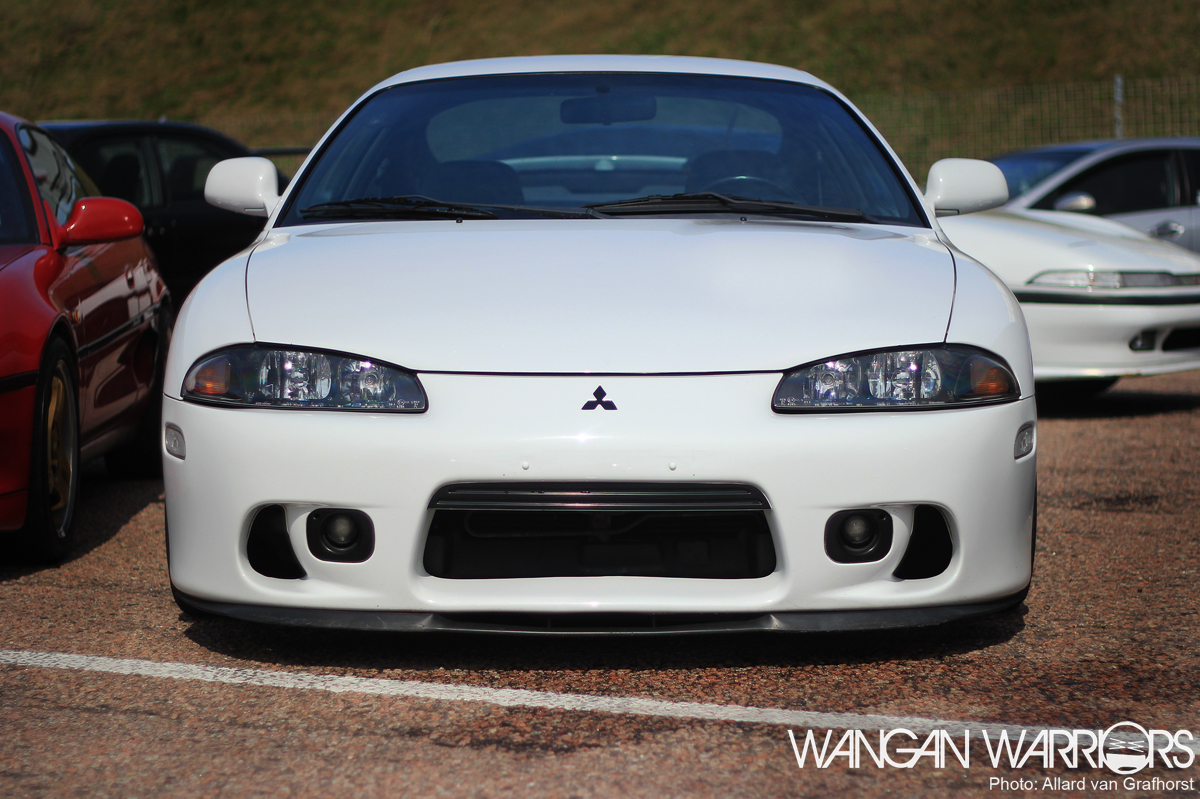 … why I’m spoiled rotten with all these great events in Europe.
I think it’s a sad conclusion to a sunny day with some mates at the beach, but (most) Dutch events just don’t do it for me anymore!

And on that bombshell… 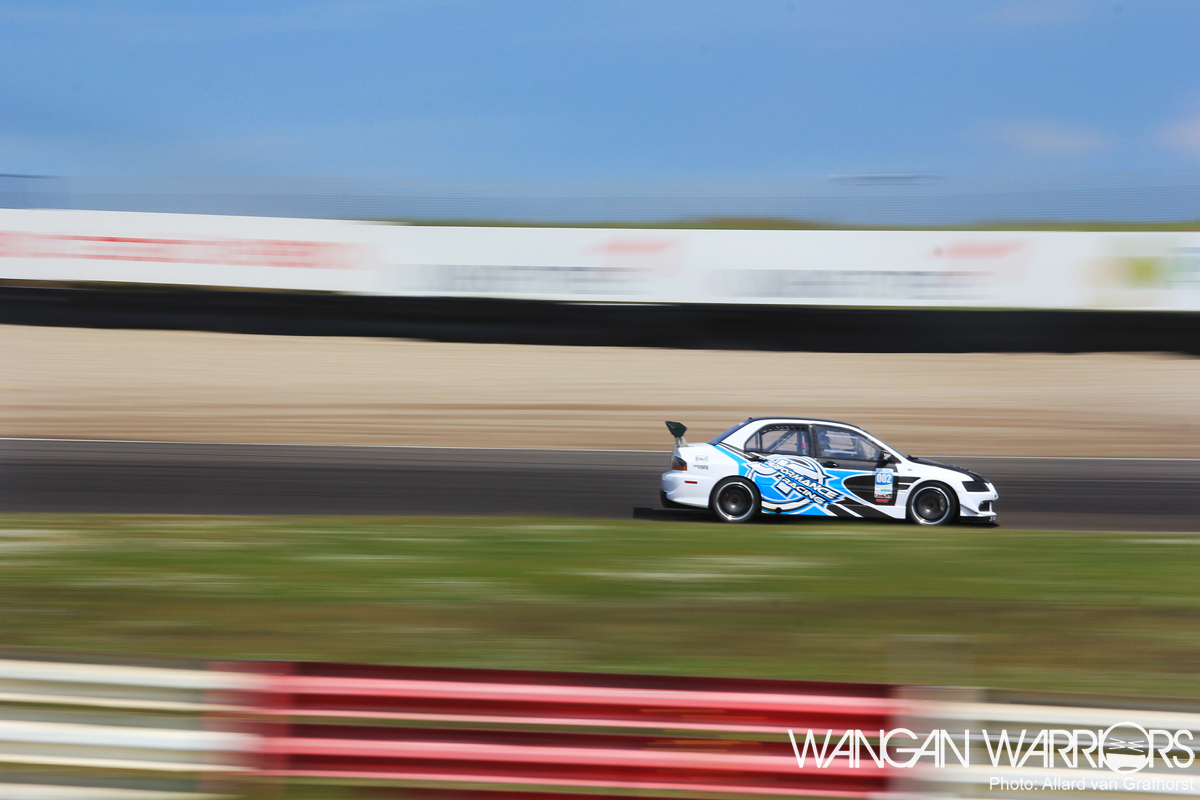 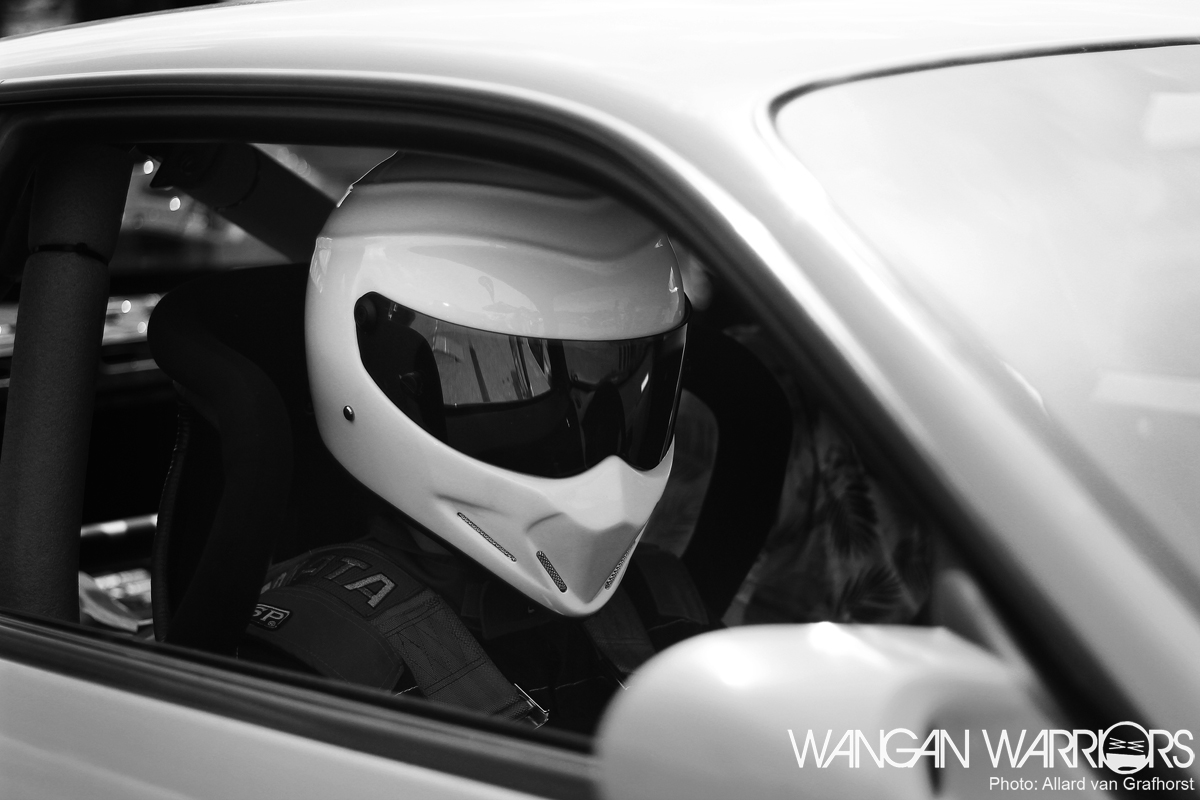 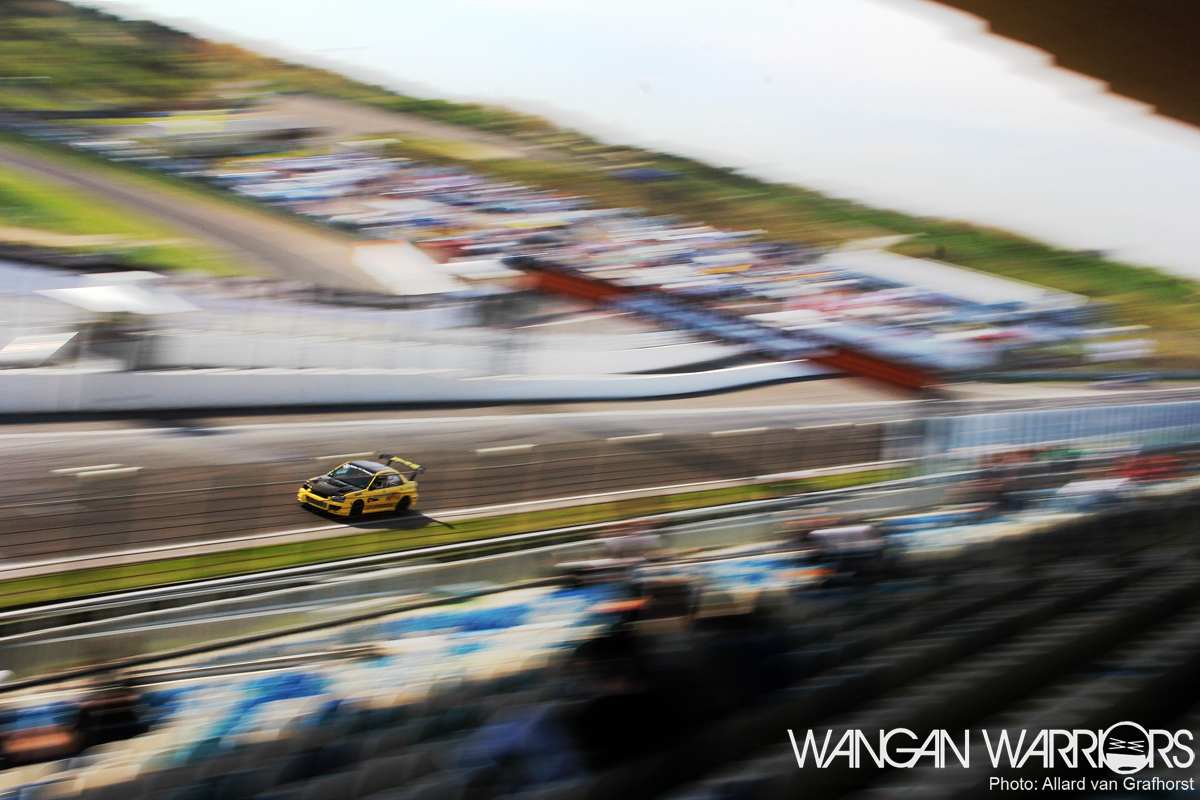 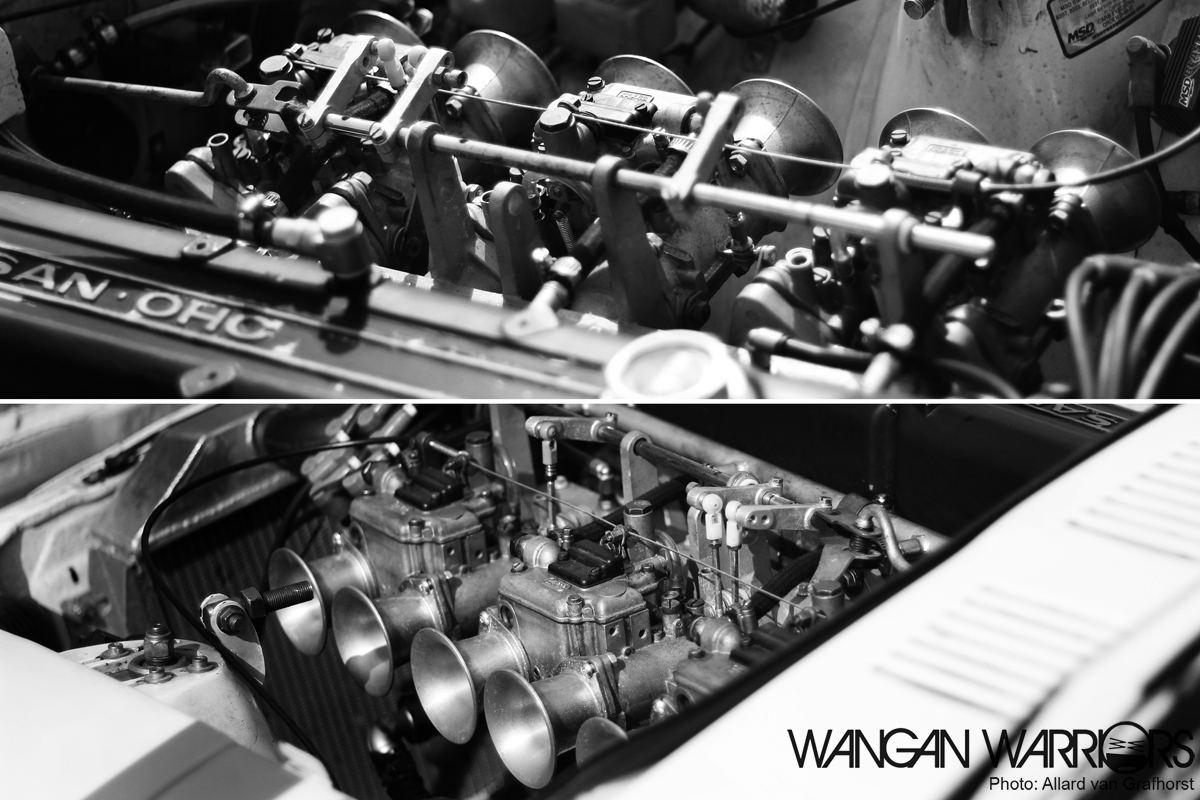 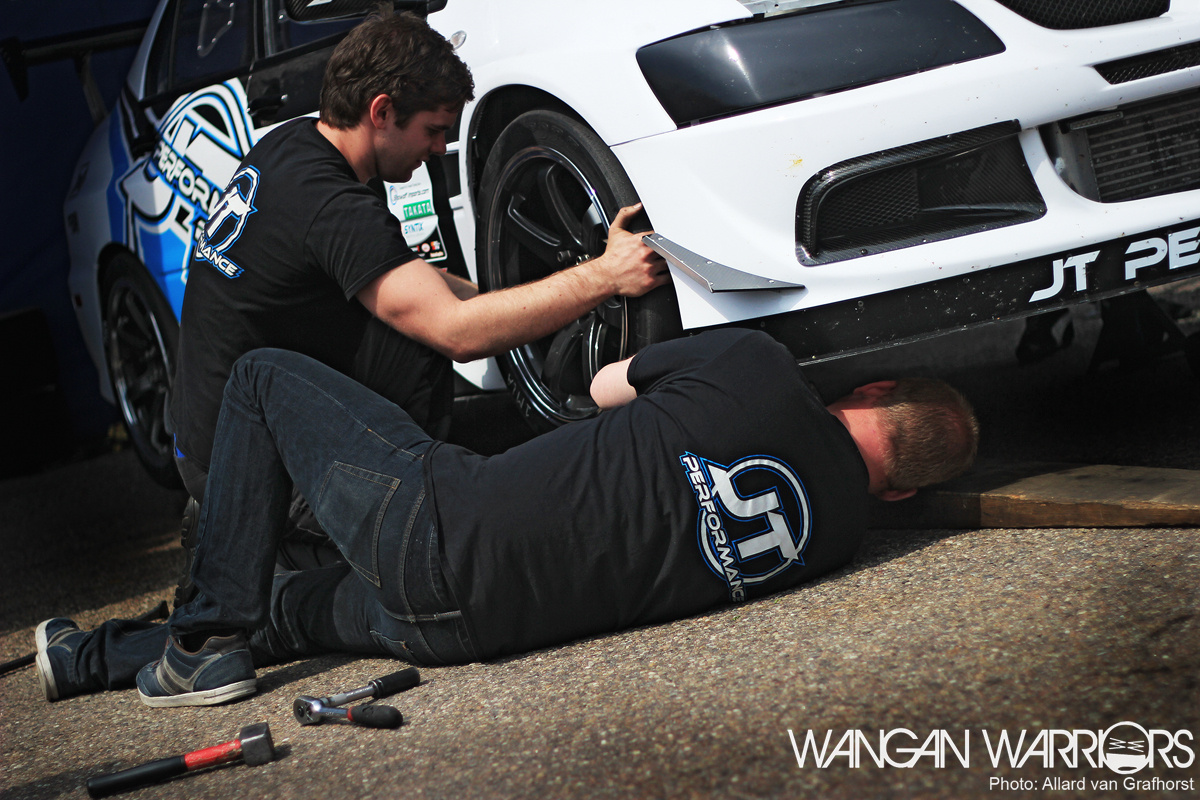 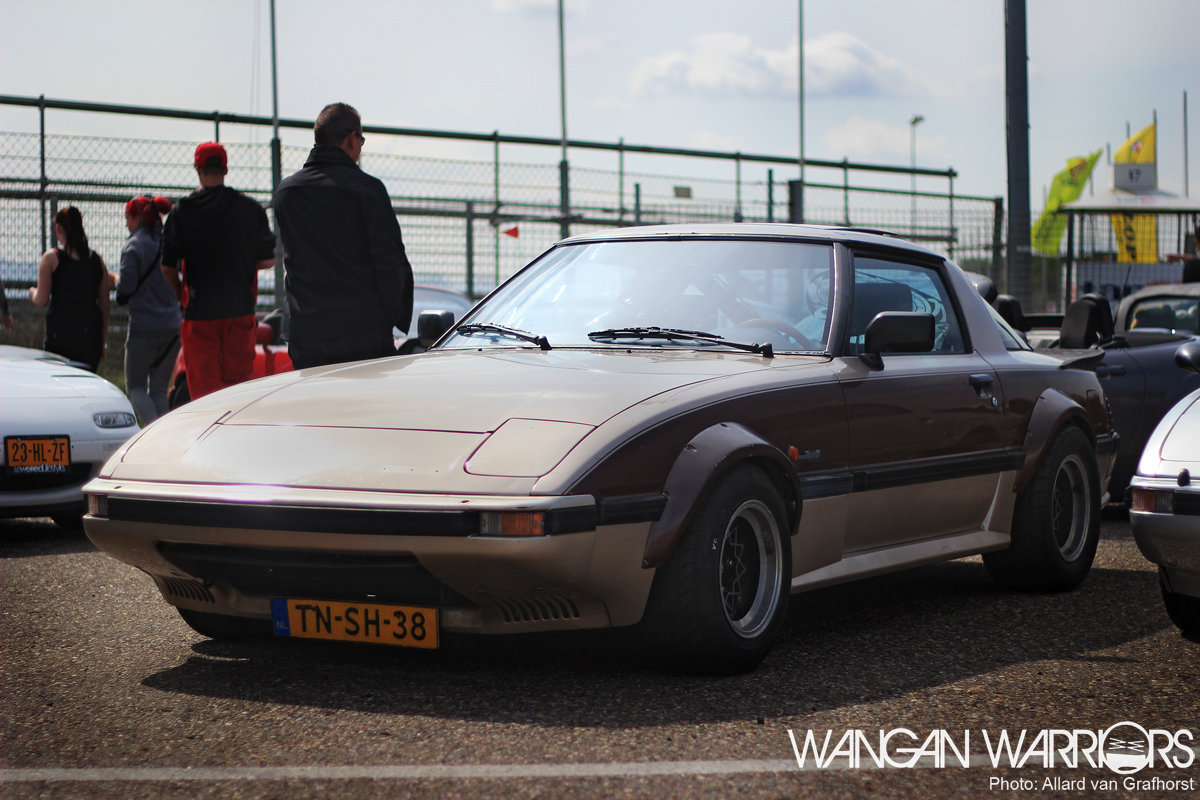 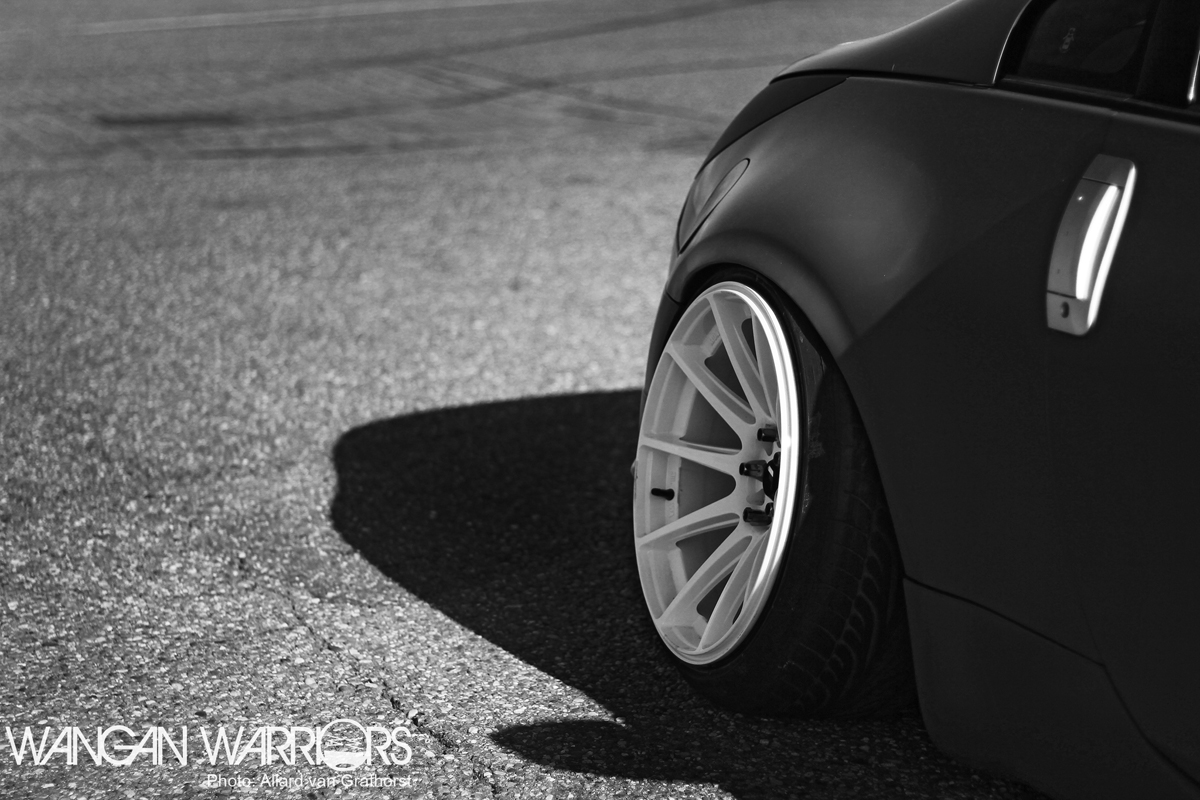 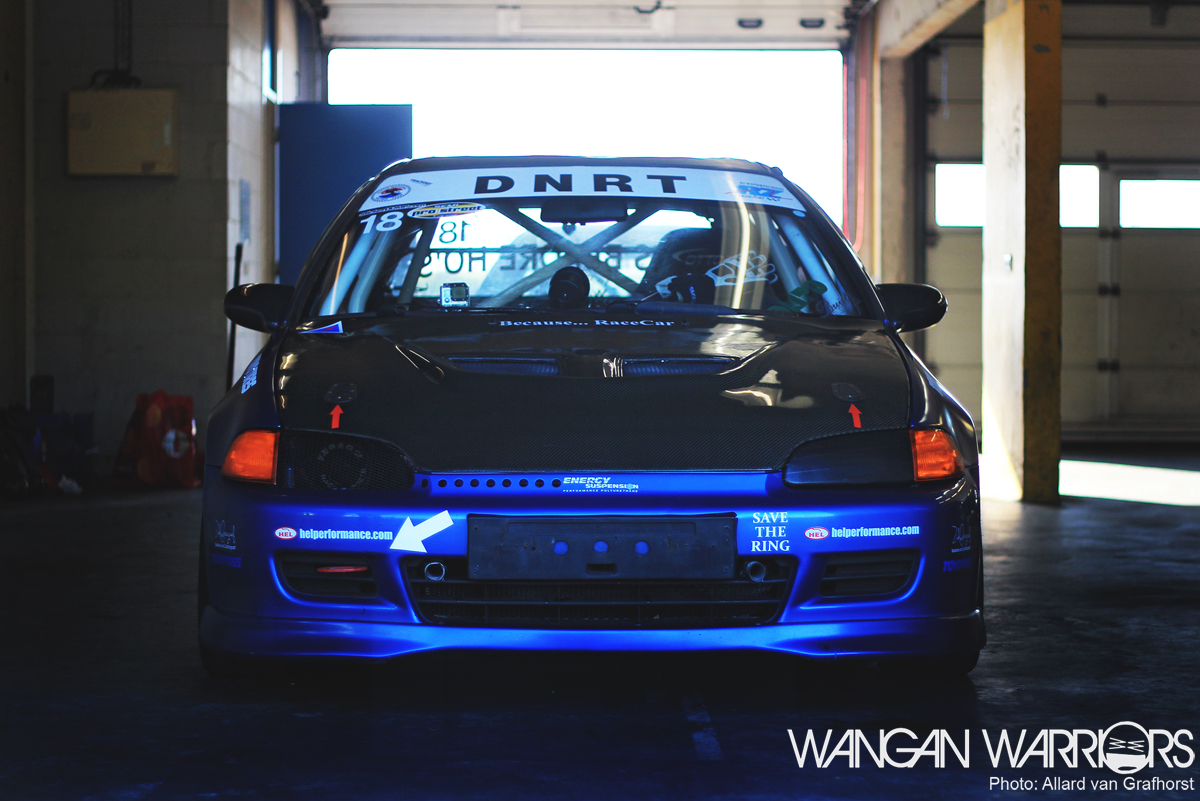 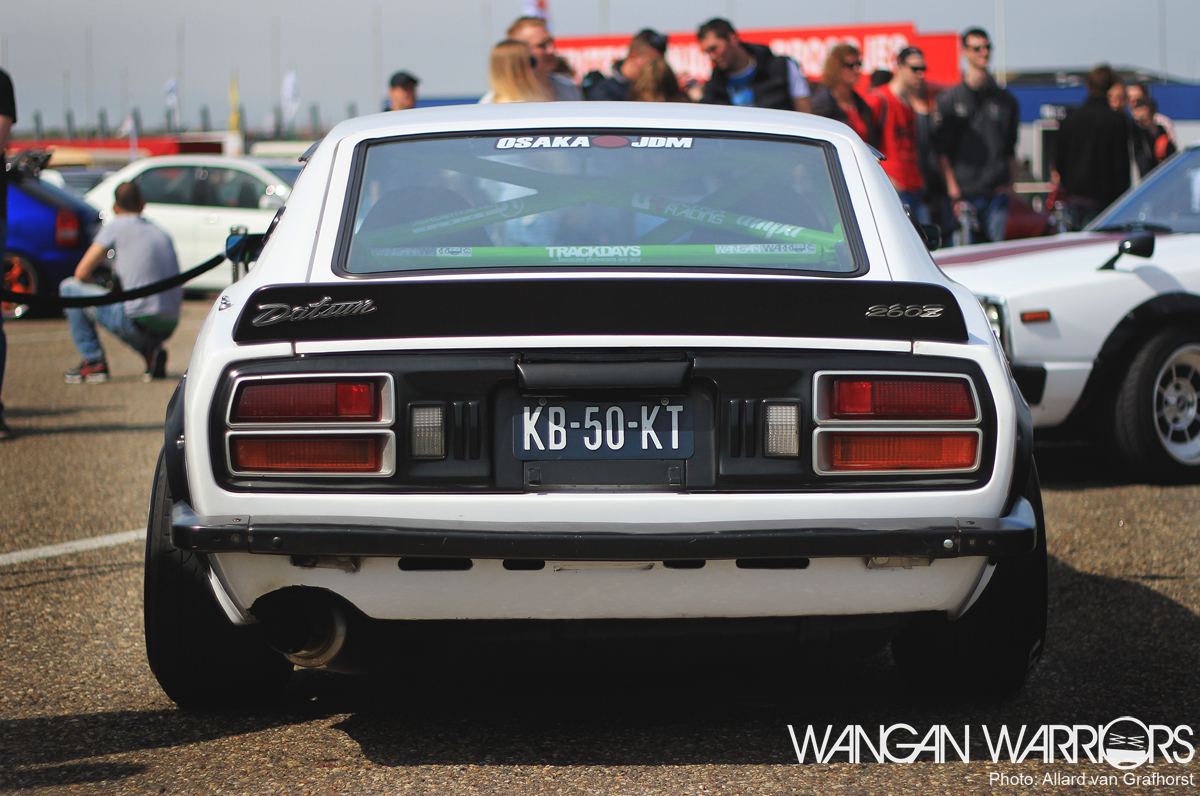