I’m going to start with an apology. Why? Well, It took me two years to shoot this feature. Two. Years. It all started at DMPD 2013 because that’s where I met Alex Gut and his BNR32 for the first time. I knew straight away that I just had to do a proper shoot with his car. The wheels, the stance, the fact that Alex was a really nice guy from the get go. So Alex, I’m sorry I didn’t shoot it sooner buddy! 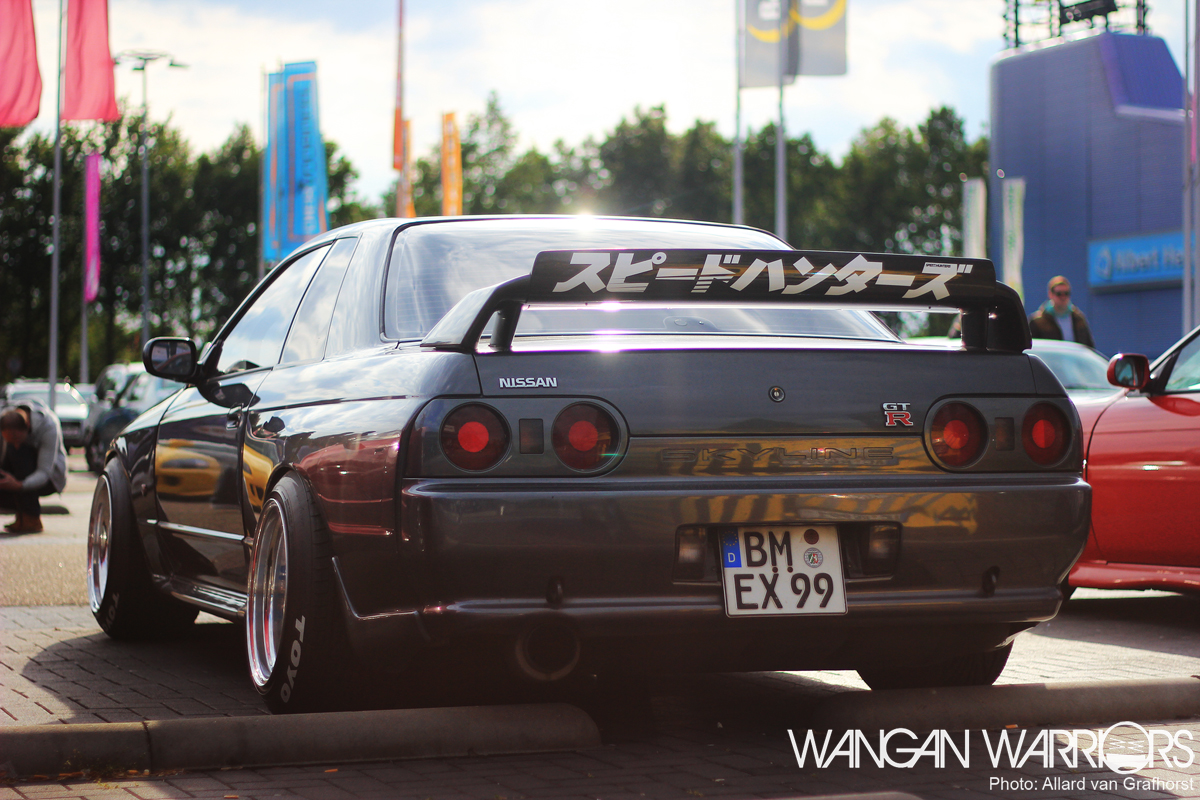 If you’re a regular visitor of our blog, the name Alex might ring a bell. Well, that’s because Alex was kind enough to write a guest feature on his trip to Japan a couple of months back. You might also know him from his features on FarmOfMinds. 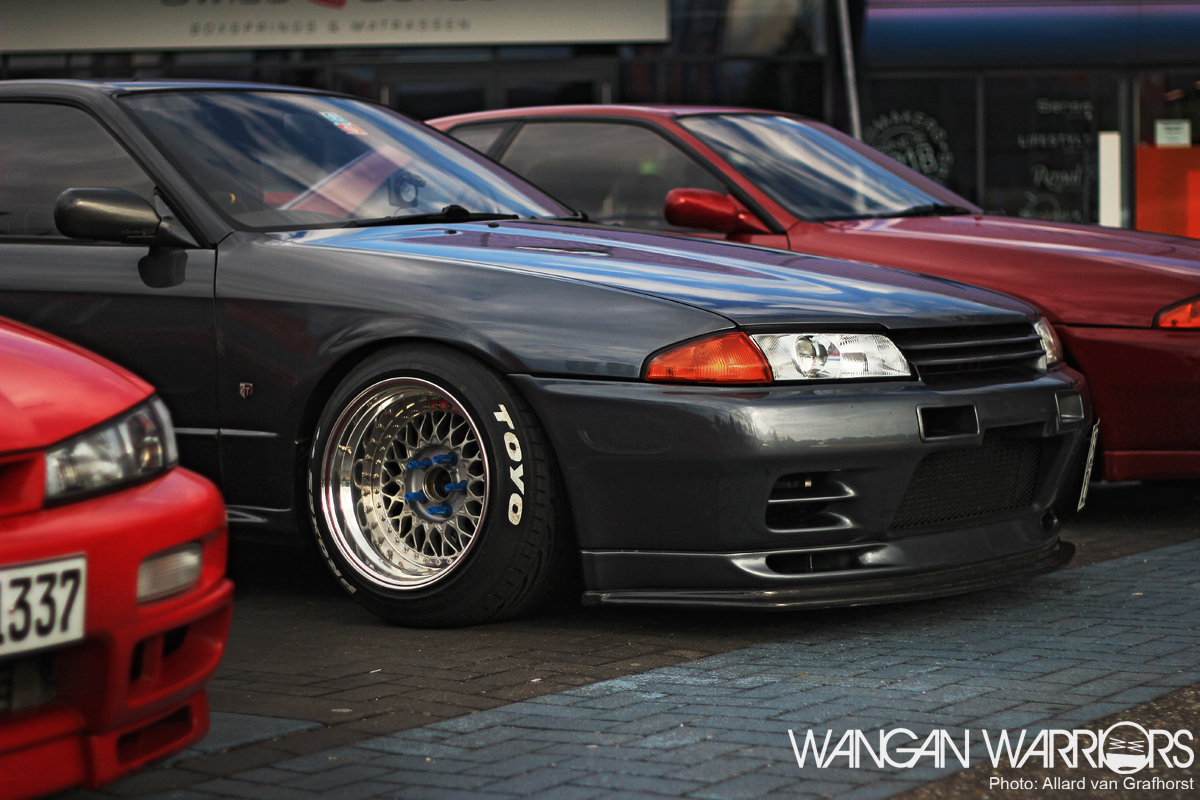 Anyway, a couple of months ago a few Warriors decided it was time for a little invite only meet. Just some members and club friends having a little cruise and get together in the Dutch deep south. Our good friend and supporter Alex was invited as well and luckily for us he was very keen on the idea of a relaxing evening with likeminded folks. 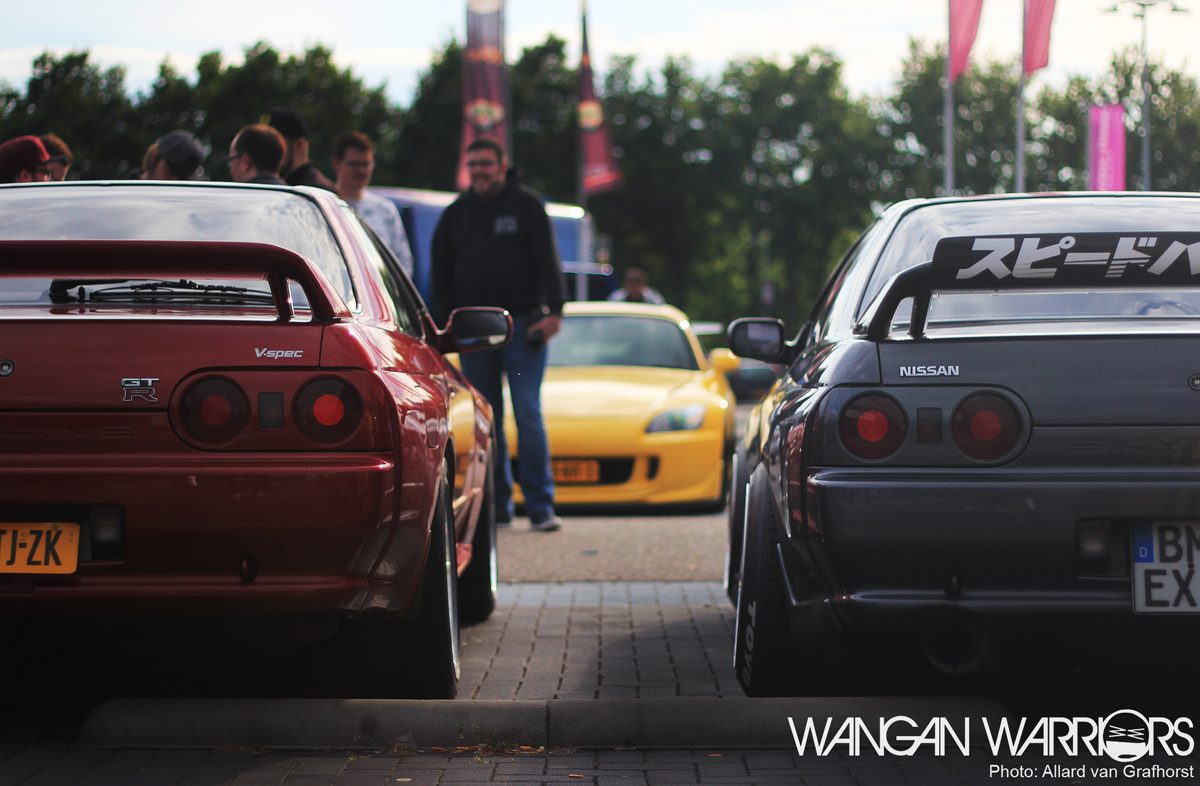 When I saw Alex his car parked next to Jack’s clean BNR32 V-spec I decided that it was now or never! This whole feature idea had taken to long. It was time to make things right! 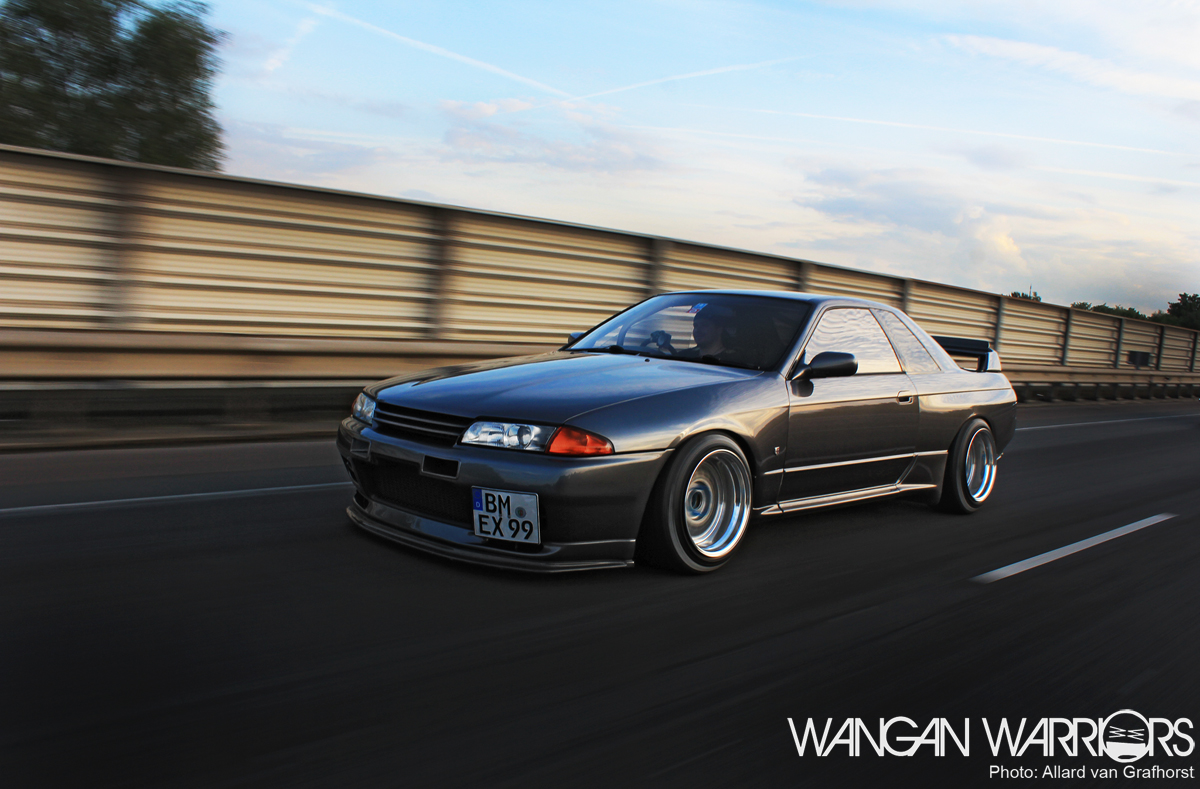 The plan was to cruise to a quite location a couple of miles away with the whole crew. I had no idea where this would lead us but hey, might as well start with a few rolling shots! Despite this thing being low it never bottomed our once, or at least not while I was around, and Alex drives his R32 the only way it should be driven. Respectfull but spirited! 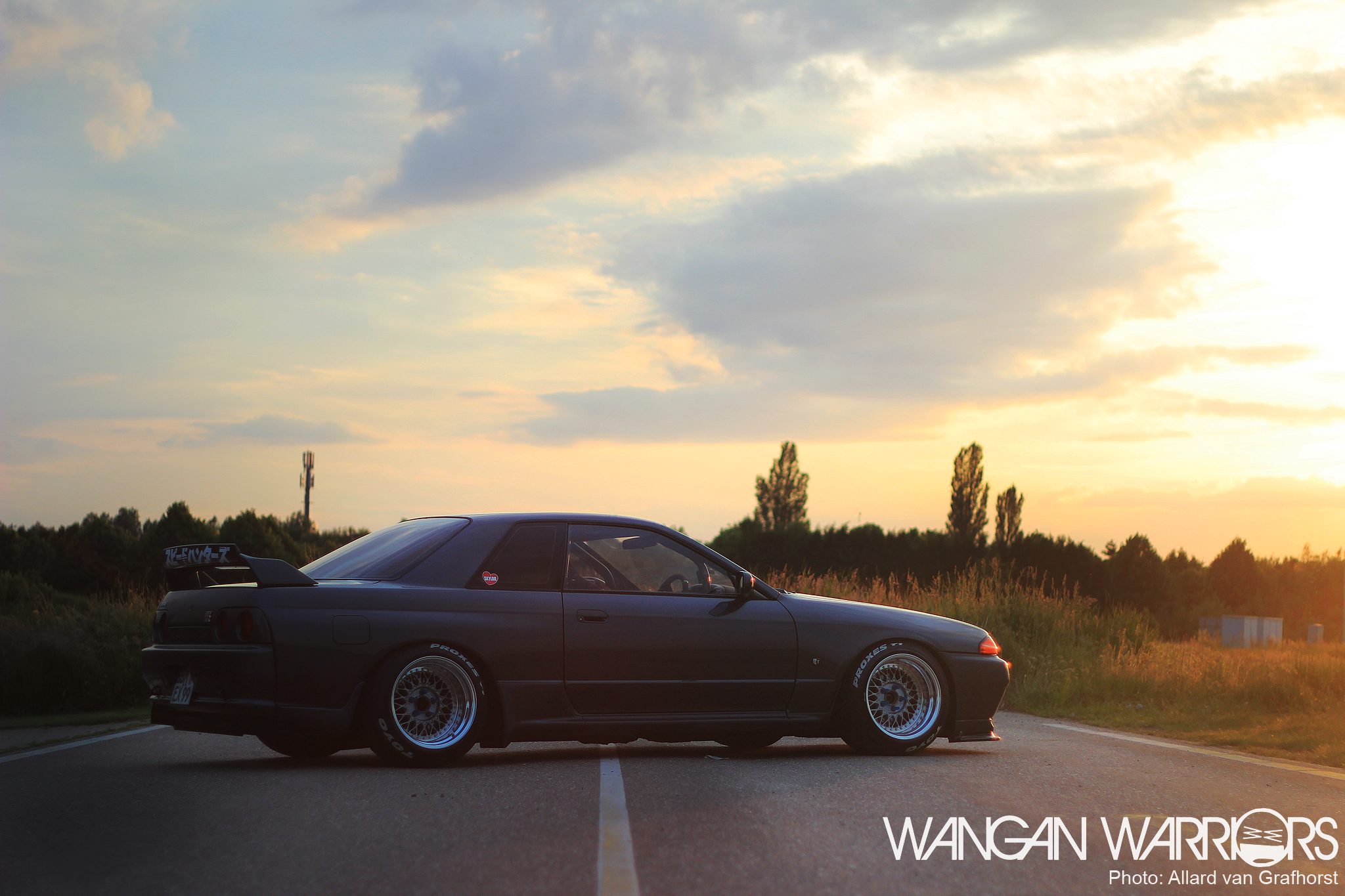 Luckily for me the conditions where perfect when we arrived at our final destination, a quite, blind backroad near the Dutch city of Roermond. The sun was setting and the light was just perfect! Golden hour at it’s best. 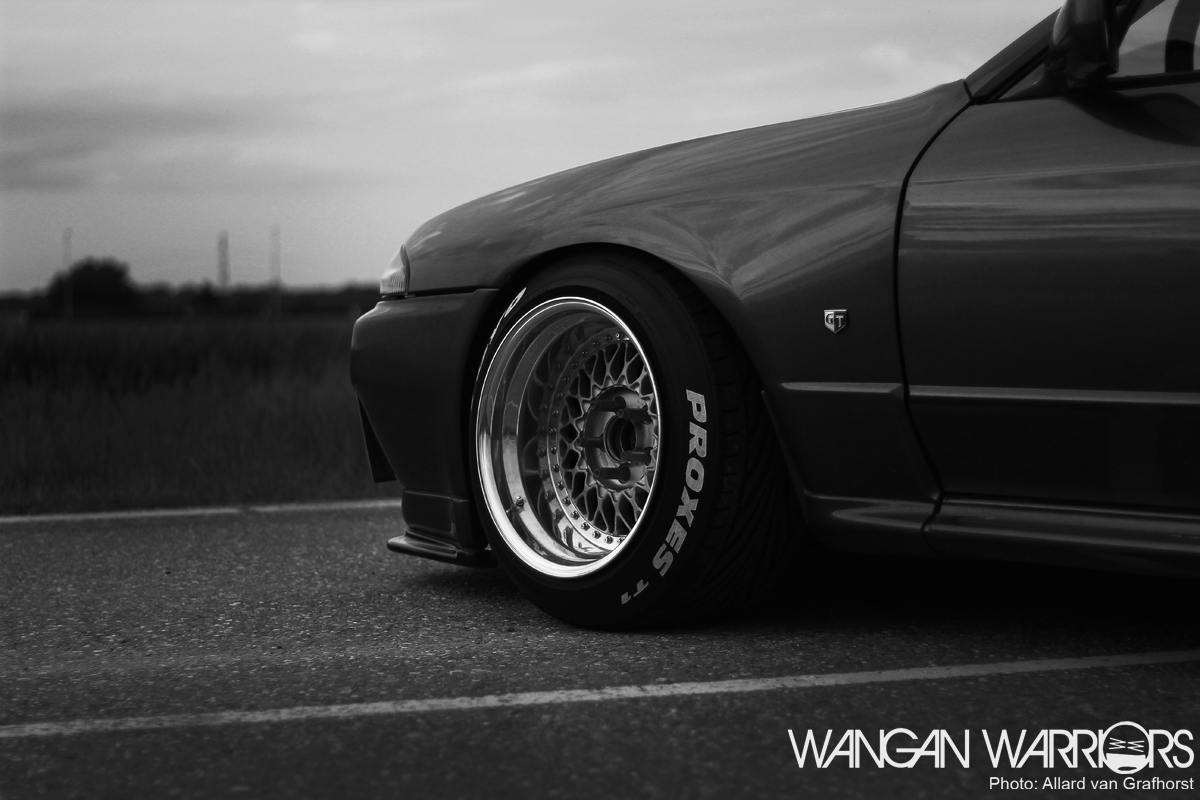 I think I’ve said it a million times, I’ve certainly used this phrase in multiple blogs, and I will keep saying it a million times again: Wheels can make or break a car! In this case I think it’s not hard to see why Alex and his car deserve the spotlight because for once someone outside of Japan has actually had the balls to do things differently. 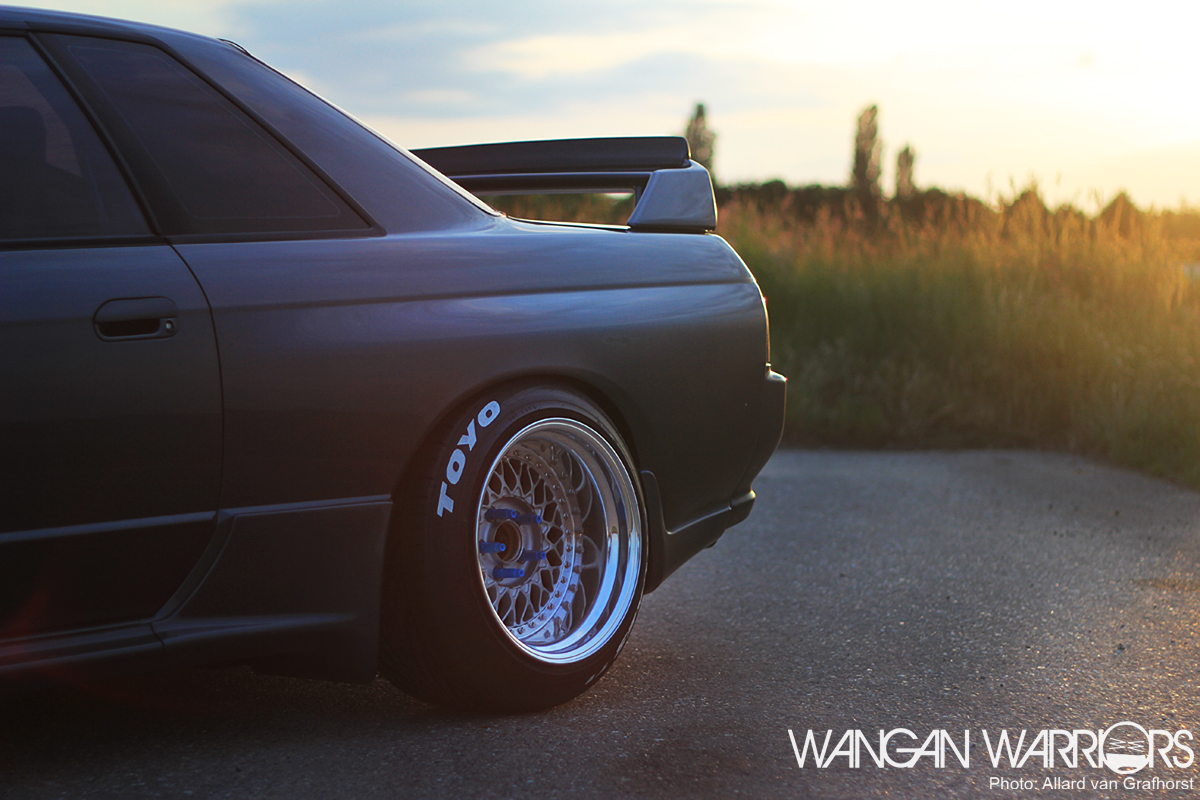 Don’t get me wrong, of course there are other prime R32 examples outside of Japan that have been modified/stanced/tuned beautifully! But an GT-R32 on 16 inch wheels other than the stock wheels is not something you see everyday. Especially when they are 12J wide all round with an ET so low it creates a lip big enough to cradle a baby in! 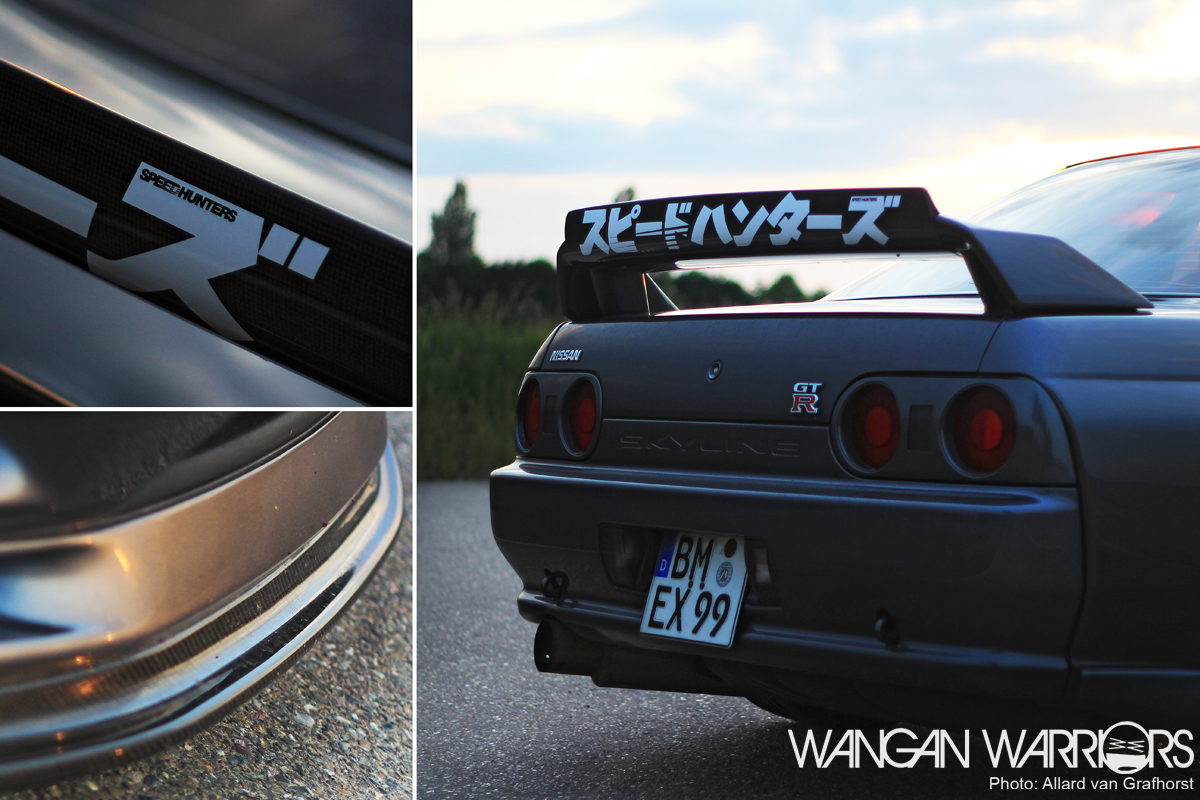 In my opinion an R32, and a GT-R in particular, doesn’t need extensive estatic modifications. Well, except for the wheels of course. Just a few subtle mods is enough to put the finishing touches on this Japanese icon. Mods like a carbon fibre Abflug front lip. Or how about the Fujimura rocket dancer rear spoiler add-on? Just finishing touches, nothing more, nothing less, that make me love this car even more. 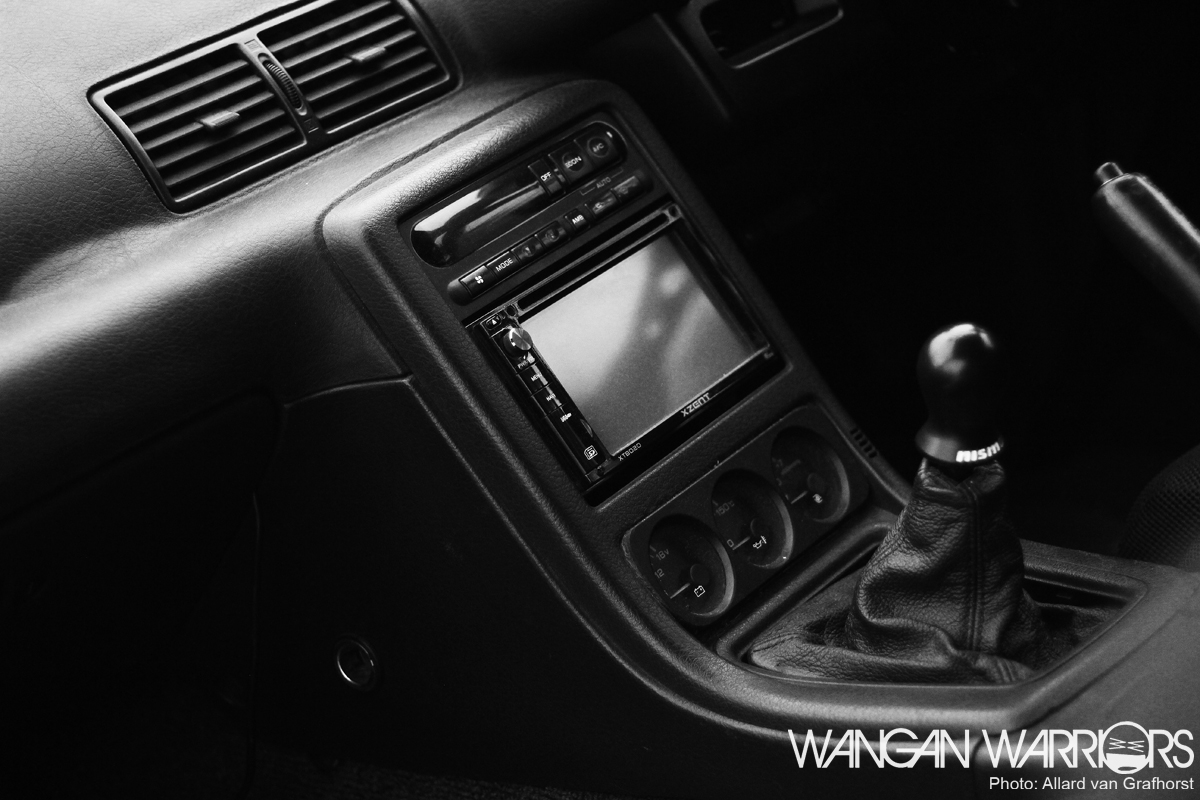 The interior received some minor upgrades to get the car up to today’s standards.
I love how Alex relocated the gauges and climate control panel to put in modern double din radio/satnav. 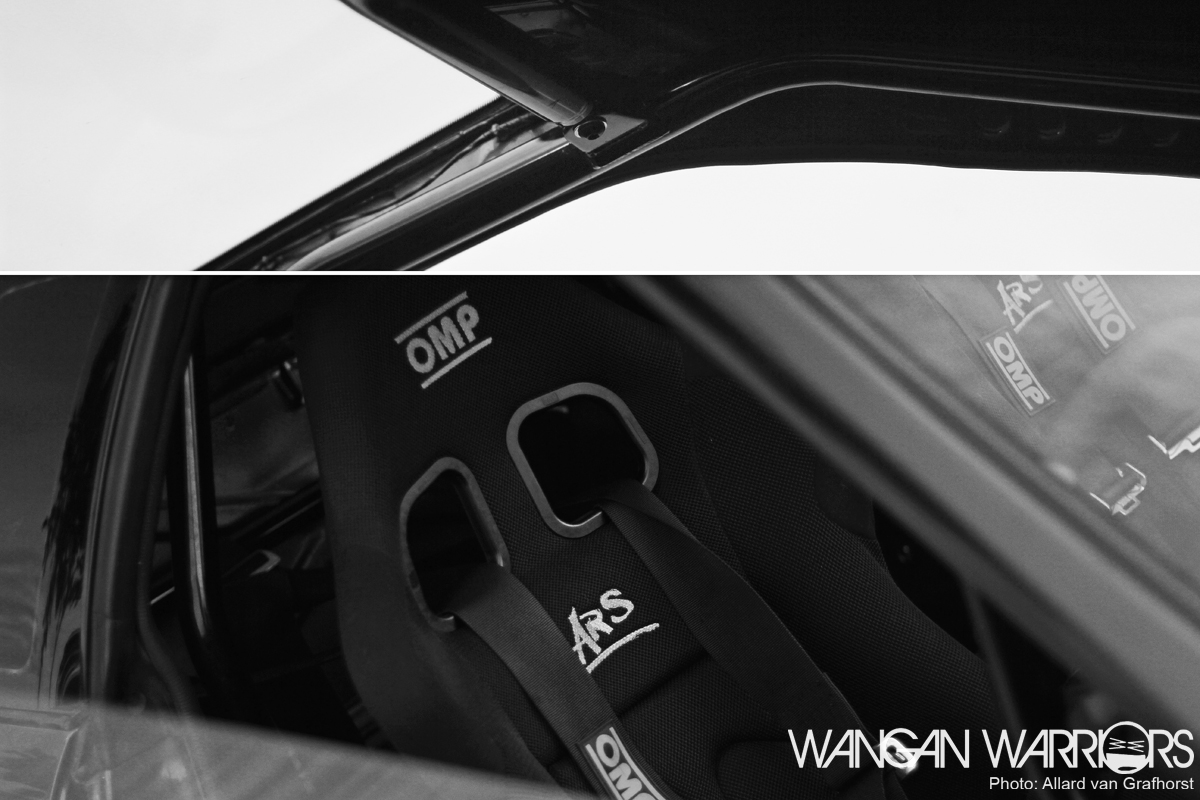 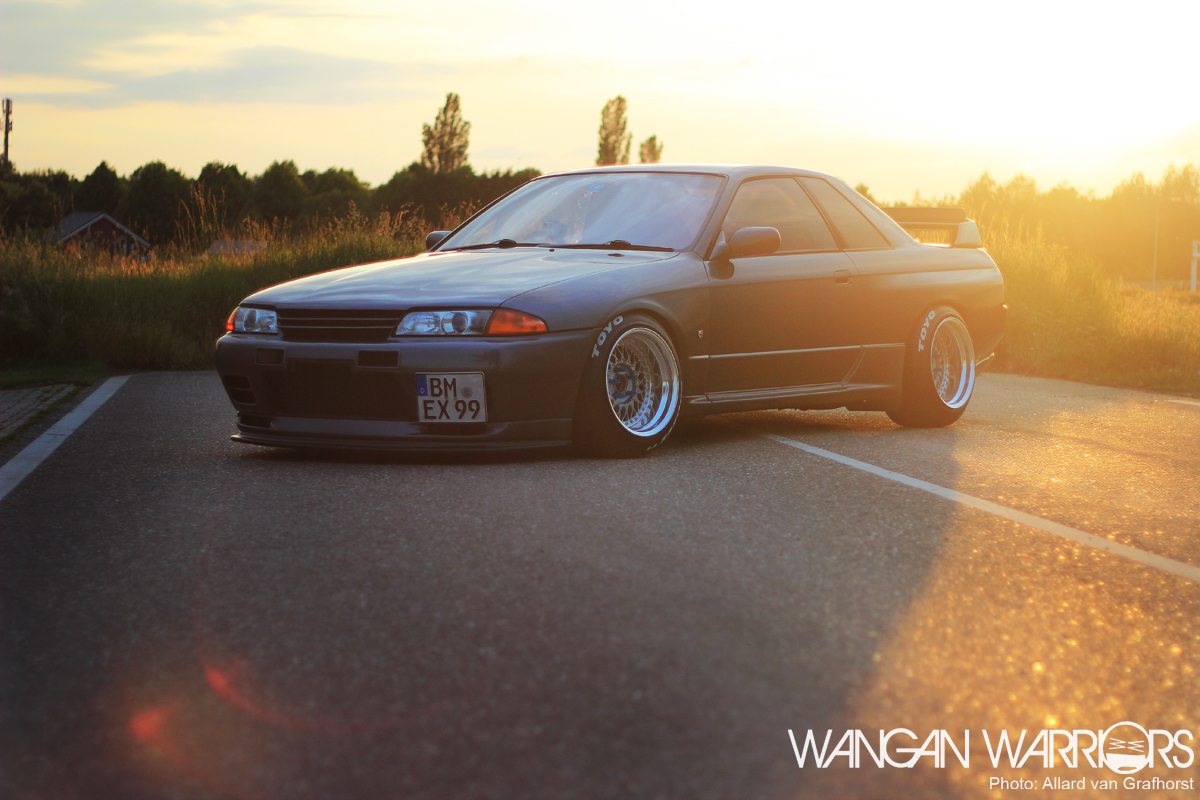 That’s probably hard to believe for some because in today’s car scene people will probably just bitch about the wheels being too small, the tires are stretched and why would you stance a GT-R32? Well, newsflash! Alex also owns a set of 18×10 Work XD-9’s wrapped in semi slicks for the occasional track day or Ringweekend. The stance by the way is achieved by means of a Tein Control Master Type Flex coilovers with custom 12k Tein racing springs, a set of Japspeed camber arms on the front and a set of Driftworks camber arms in the back. 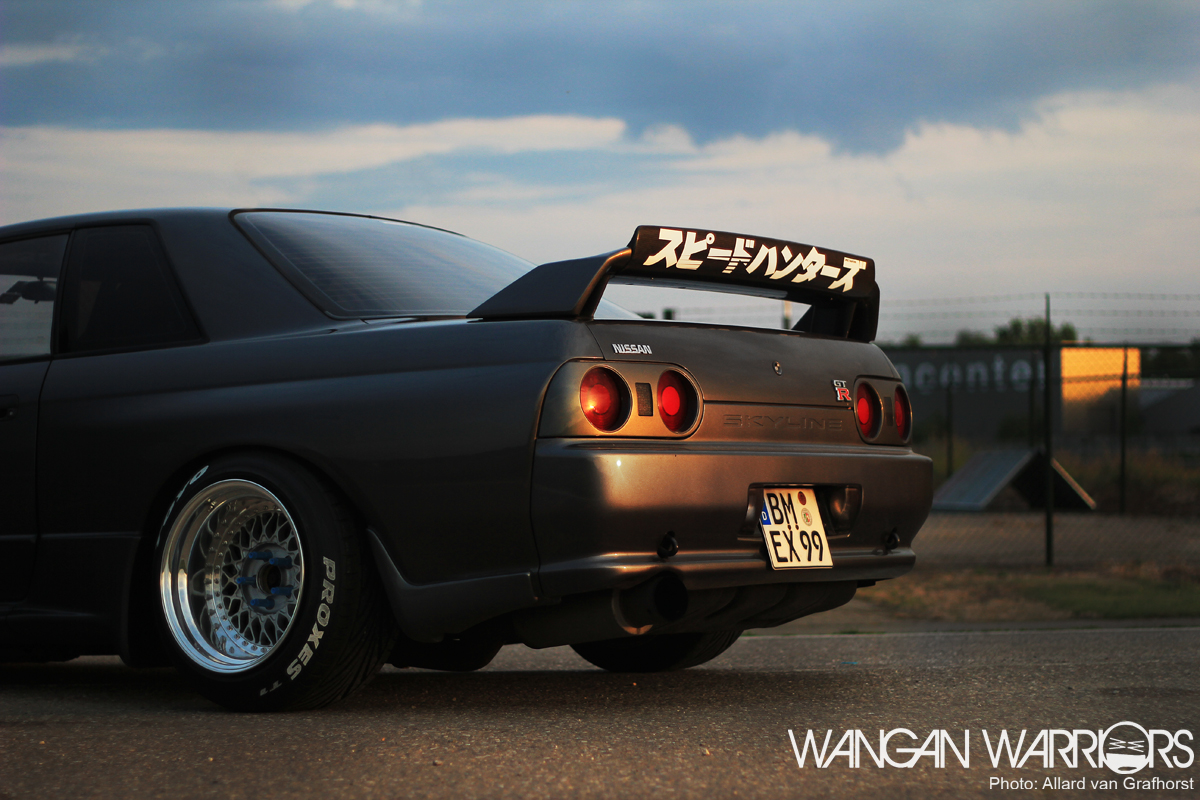 Truth is, it’s a car that will split opinions like Moses split the red sea and that’s fine! Everyone is entitled to their own opinion and in this case you will either love it or hate it but when I first posted this car on our FB page there where so. many. people that loved to hate it! That’s exactly what I don’t get. 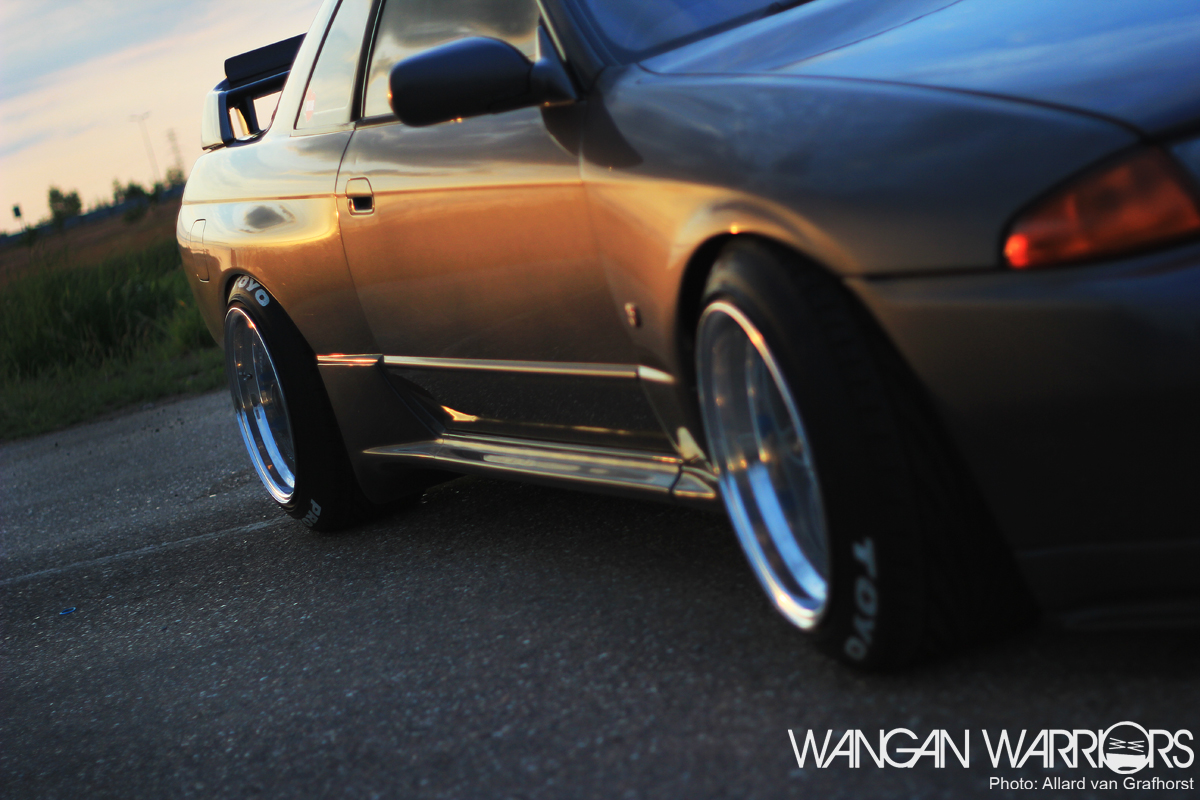 The outright hatred some people have towards someone they’ve never met, about a car that’s not theirs, just because someone has the “audacity” to try something different really astonishes me. Like I said, it’s fine to have an opinion, even better if you really stand for something but why, for the love of whatever God you worship, all the hate? 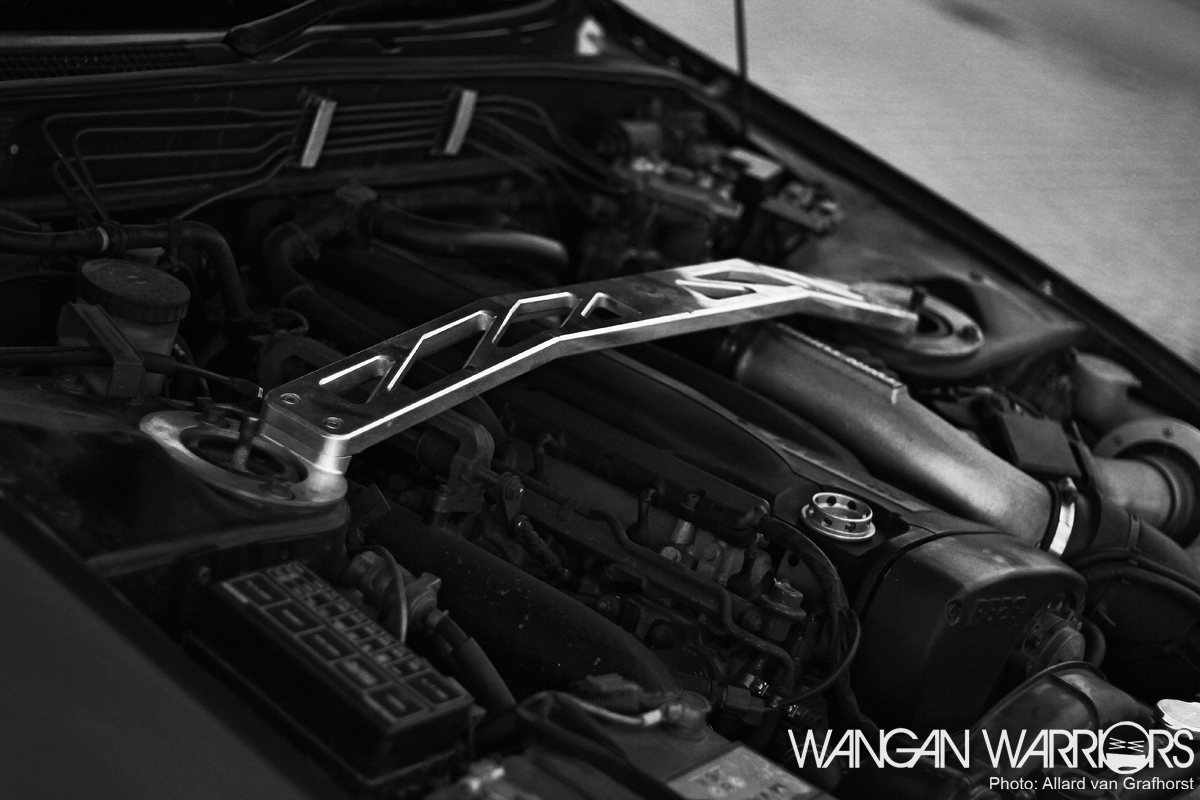 We all share the same passion. The same hobby. The same blood, sweat and tears when we work on our cars. Why is it so hard in today’s car scene to just respect one another despite the fact you might not like someones car? Big ego’s? Keyboard warriors? Jealousy? You tell me because I really don’t get it. 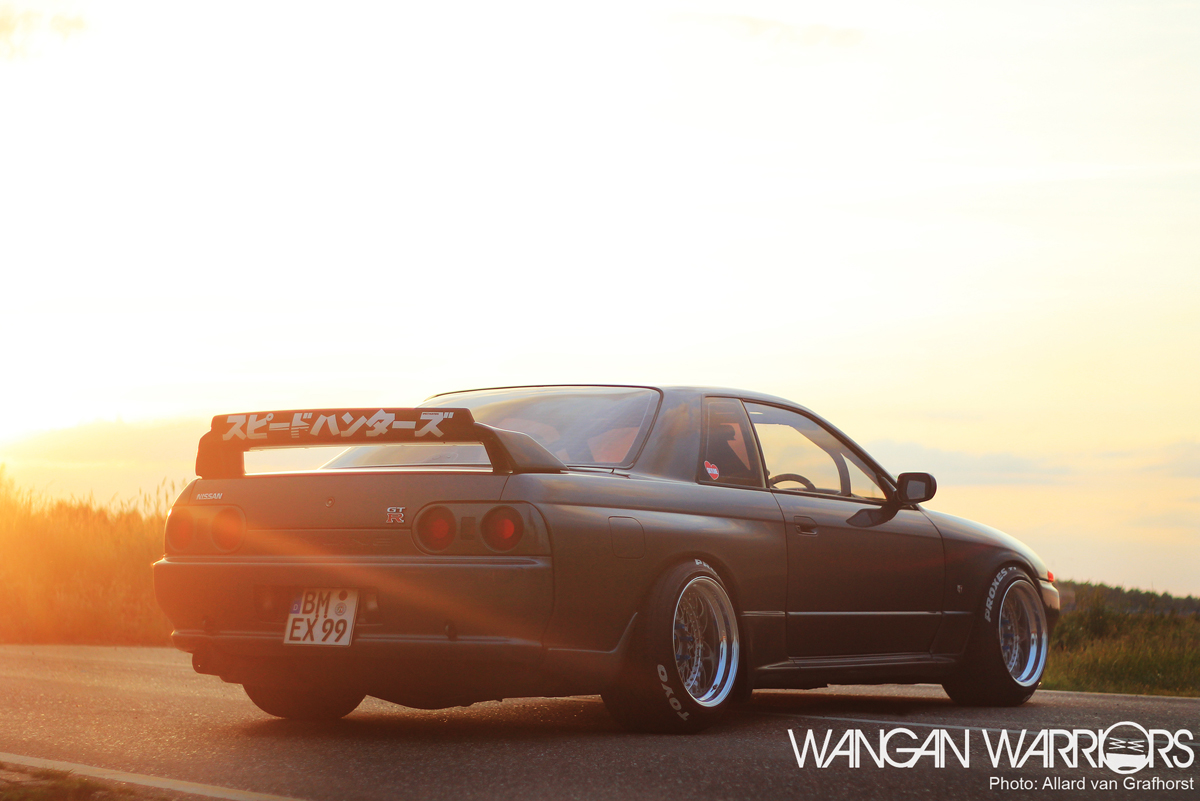 Especially when a car looks like this. I mean… would you just look at it?
If Carlsberg made cars I’m pretty damn sure this would be it! 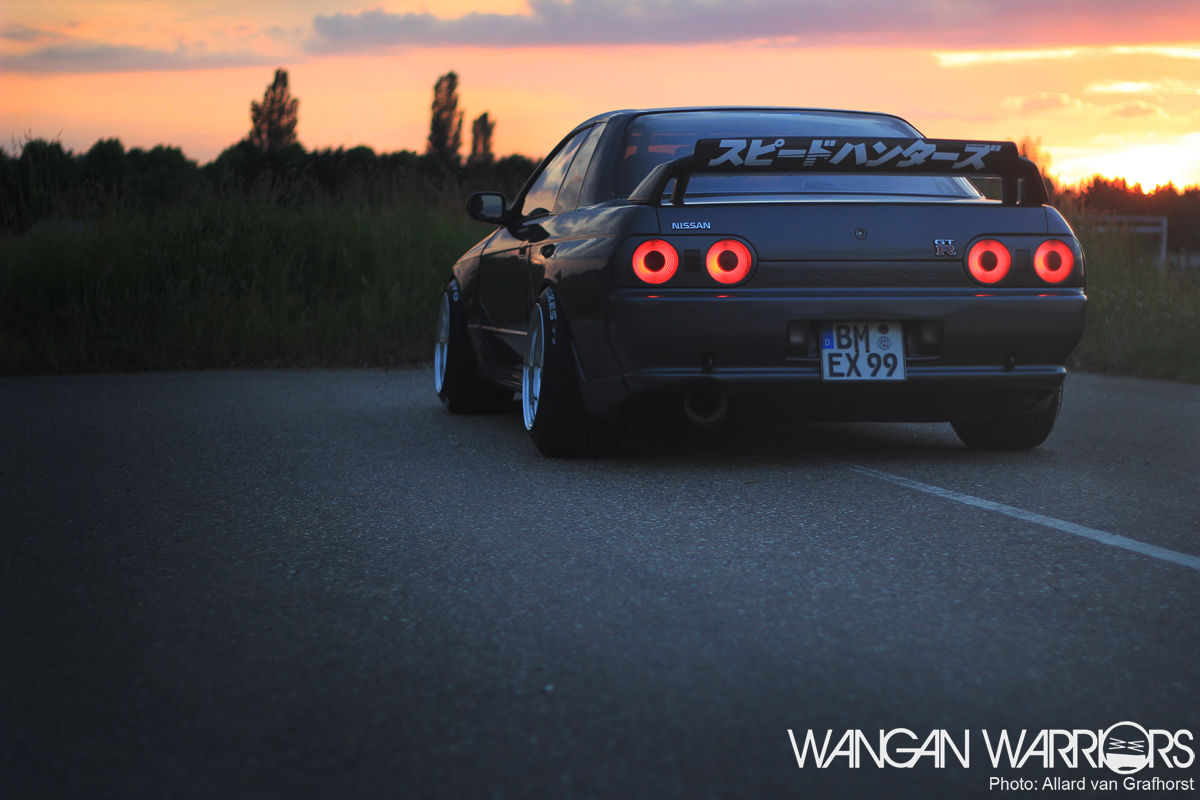 Alex has build the car as he likes it and he has done a cracking job if you ask me. It’s a statement that just a “few” touches can be enough to create something epic. And about all the haters? He smiled at me and just said… 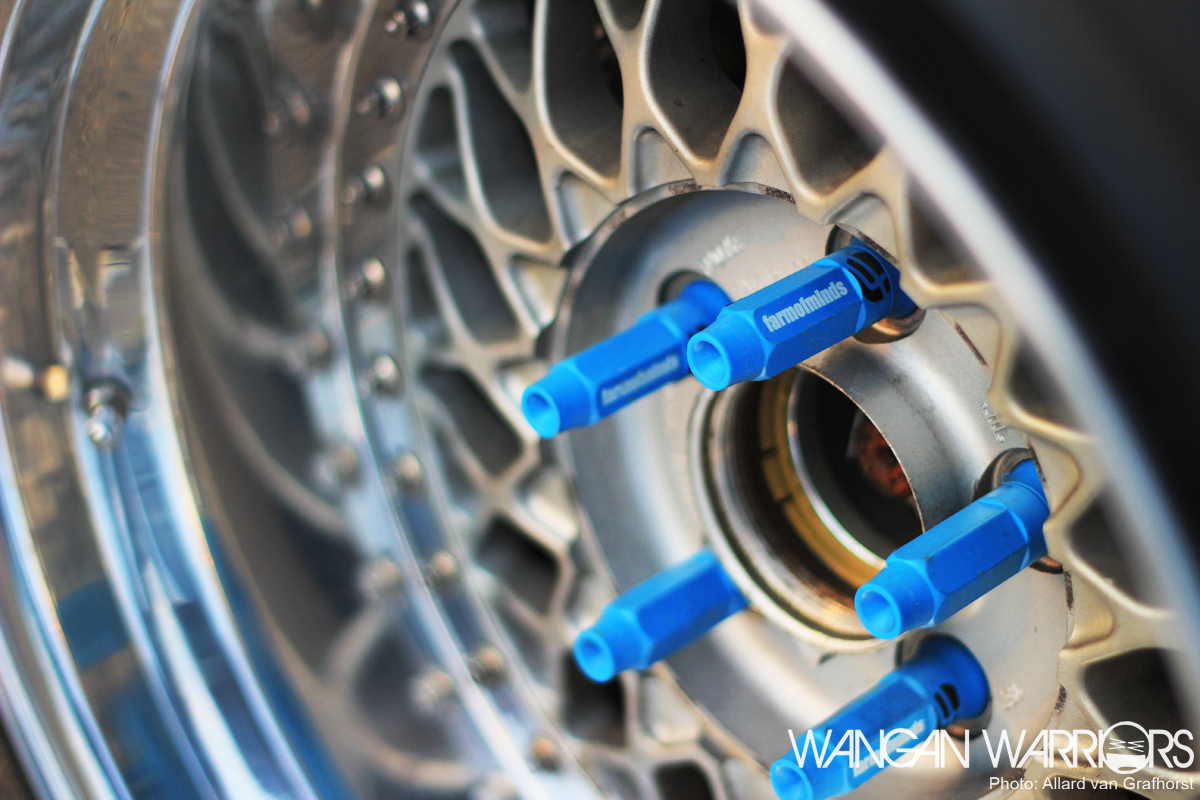 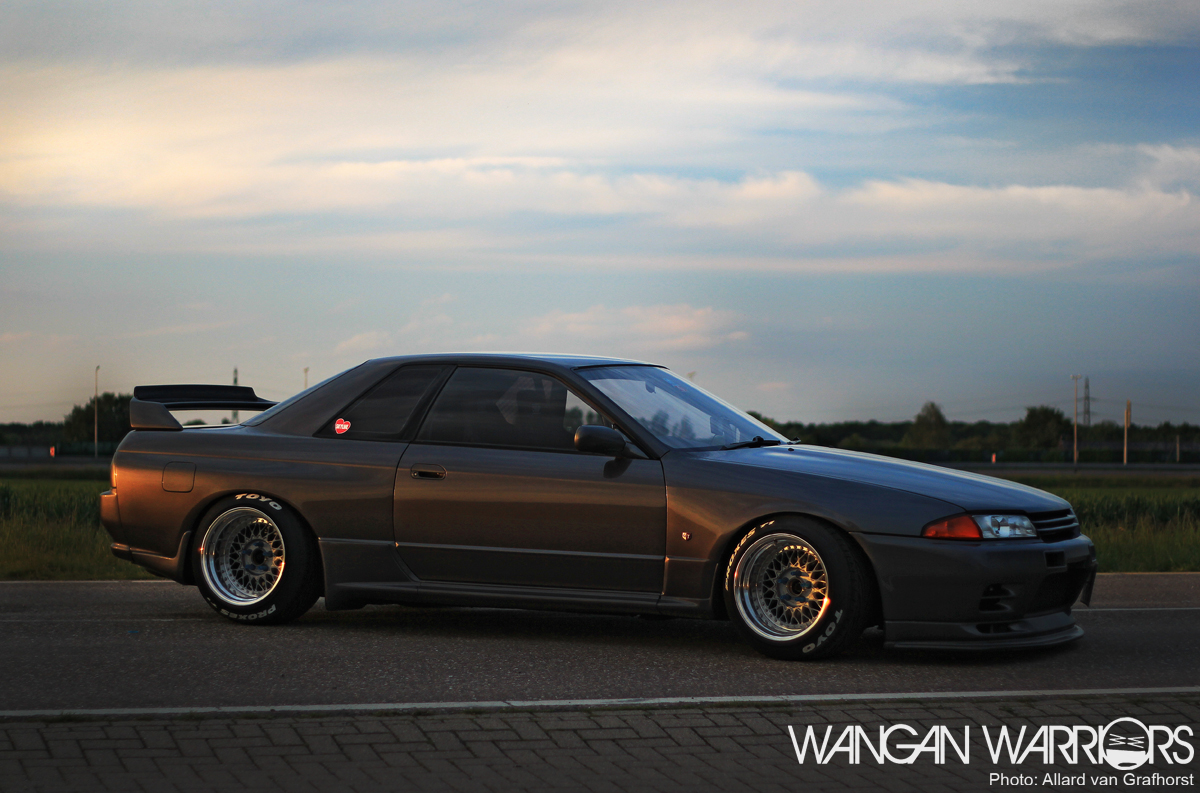 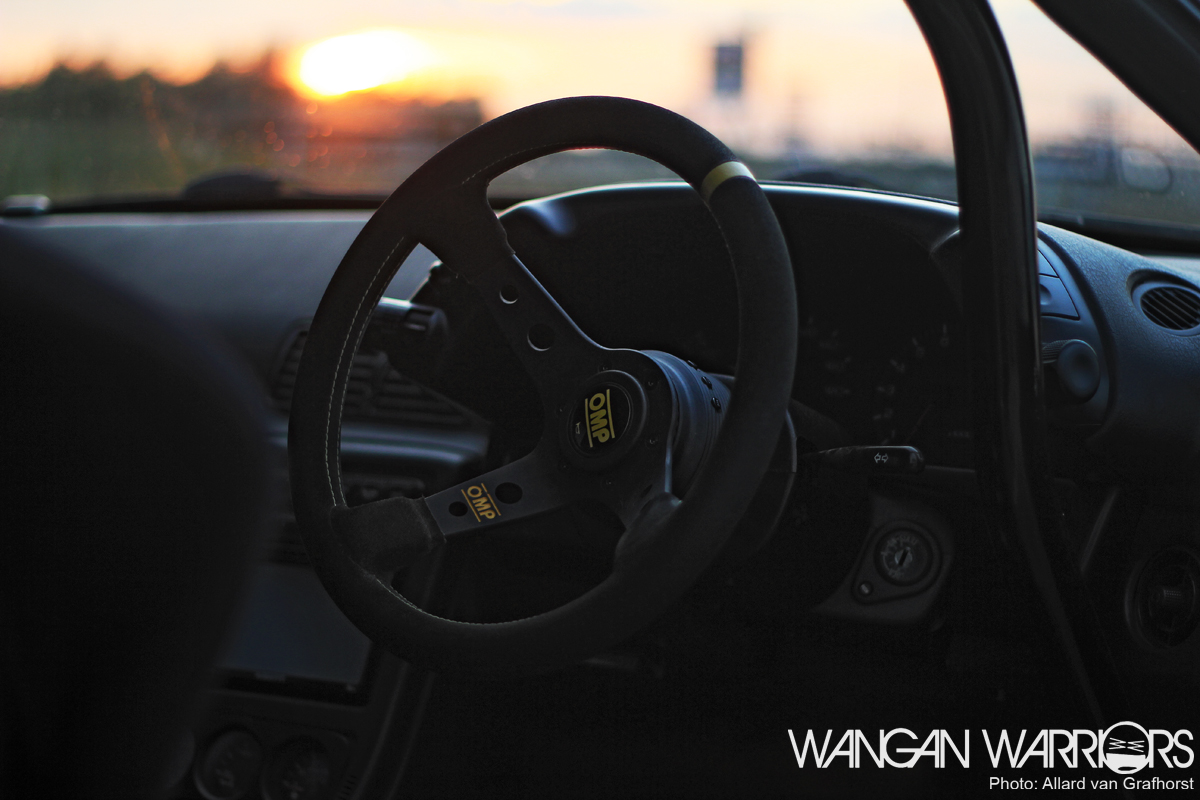 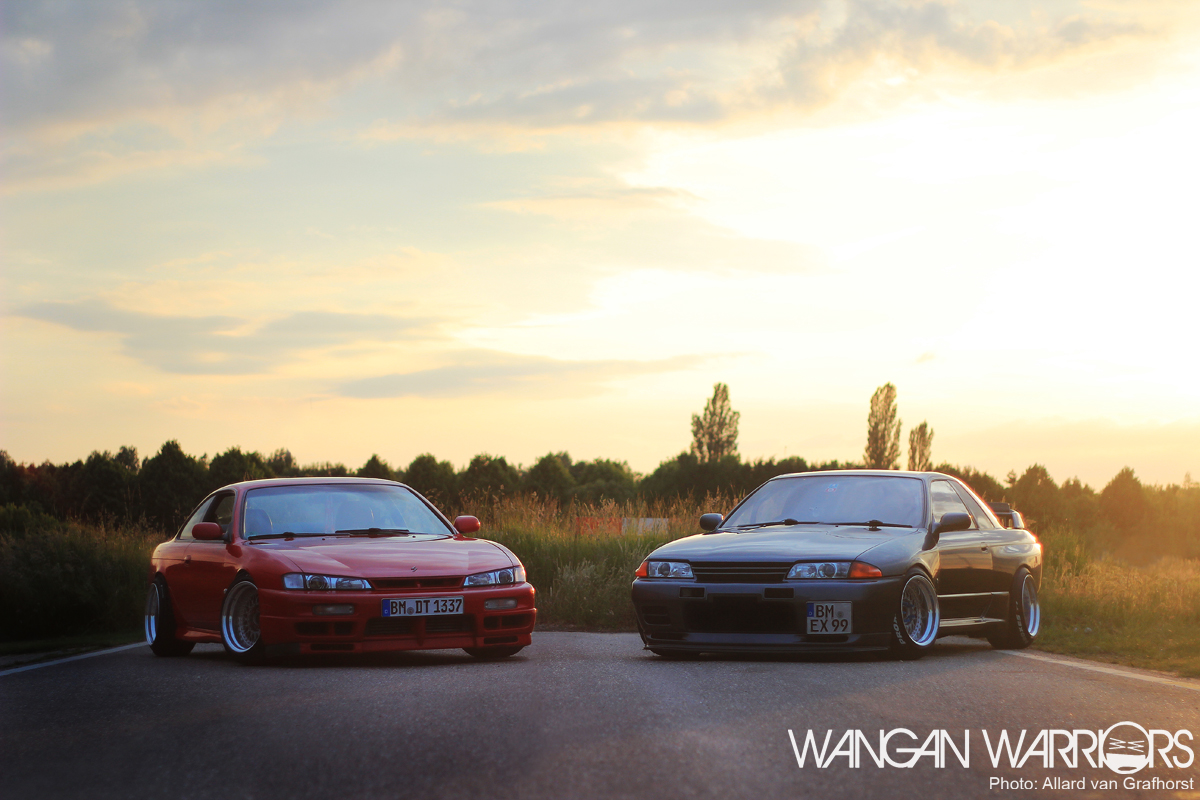