It’s funny how fast the world has become increasingly smaller with the rise of the world wide web. The last few years have been a feast for everyone and everything with an interest in the Japanese car scene, which of course is a good thing!
The famous Kanjo racers for example have been causing havoc on the famous Osaka Loop since the eighties but now anybody with an interest in these crazy guys and their crazy (mostly) Civic’s finds that the interwebs is a neverending source of inspiration! 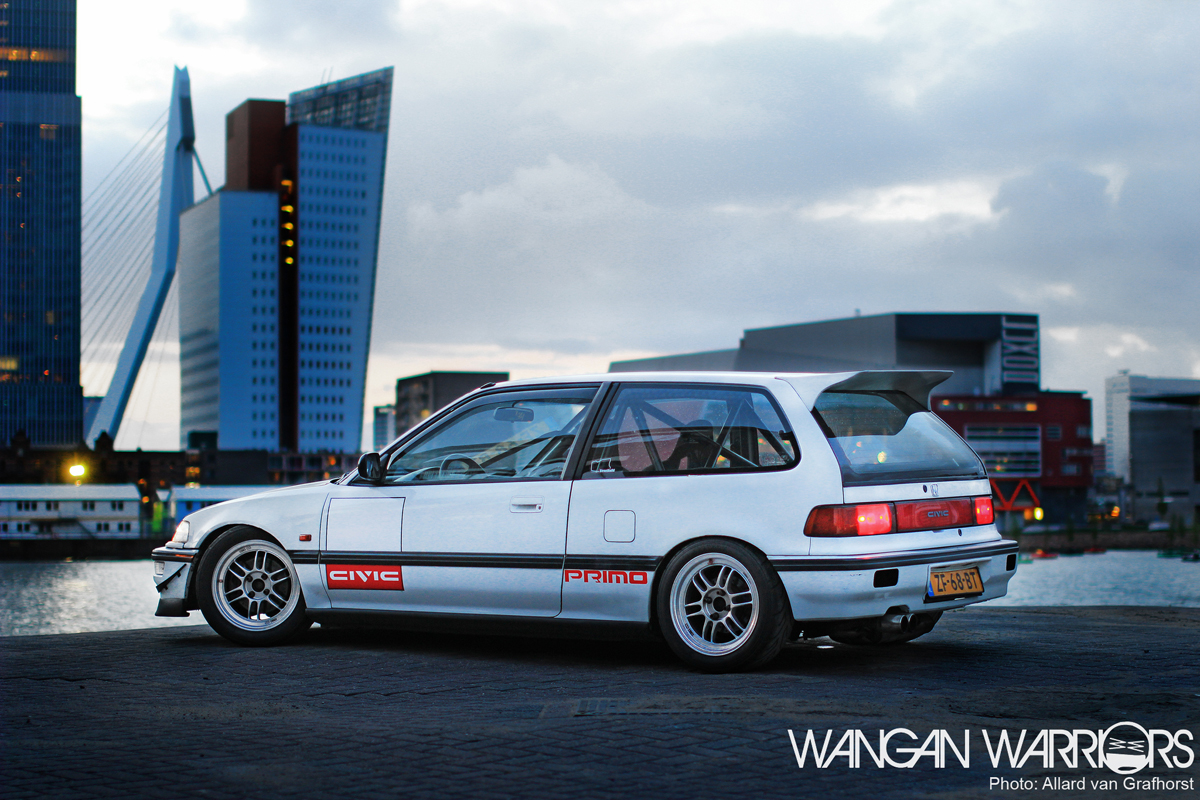 I’ve wrote before that I personally absorb anything that comes from the land of the rising sun but for some reason I wasn’t really into the whole Honda scene but lately this changed a little because: A.) The before mentioned world wide web… 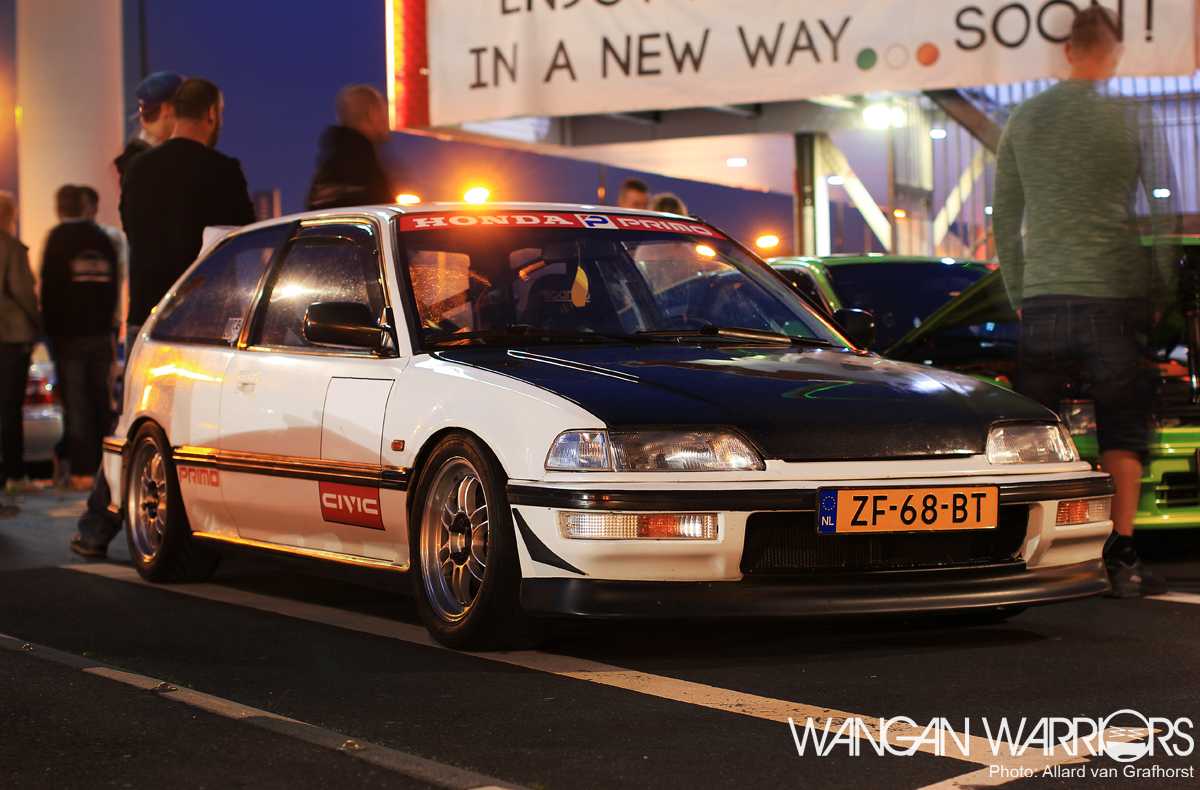 and B.) because of Kevin’s little Kanjo inspired ED6 Civic. I first saw the little loop racer on a warm summersnight at a local meet. She was rough around the edges but that’s exactly why it was love at first sight. I’d rather have a car that’s build with passion and shows it’s character than some new piece of **** without a soul. 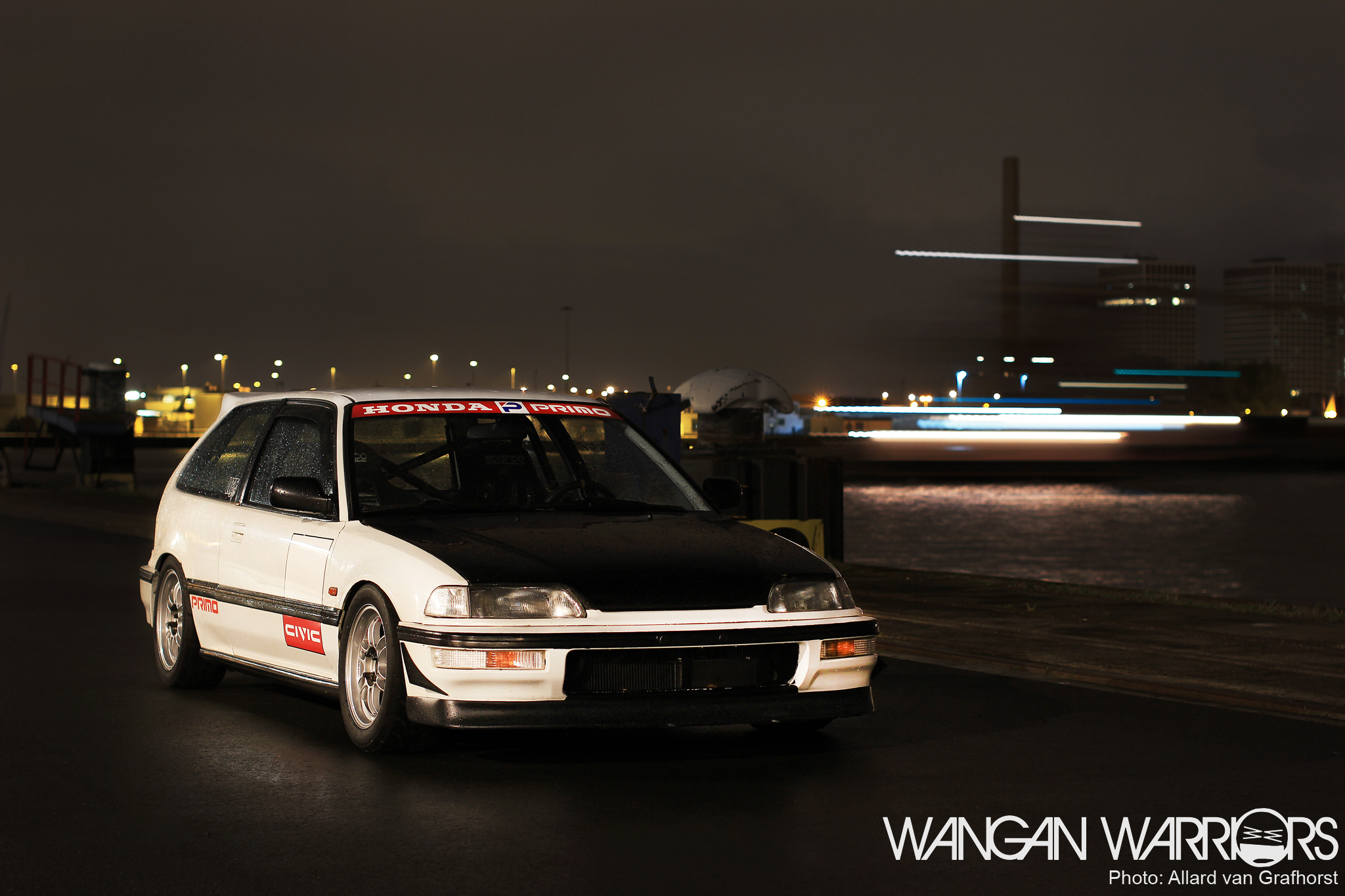 ED6 You say? But that’s an EE9 front? Your eyes aren’t fooling you because one of the biggest changes to the exterior has been a complete EE9 front swap. Now, you could have fooled me since I am kind of a Honda n00b but since this shoot I’ve dug a little deeper into the Honda scene and turns out that it’s not something you see a lot! 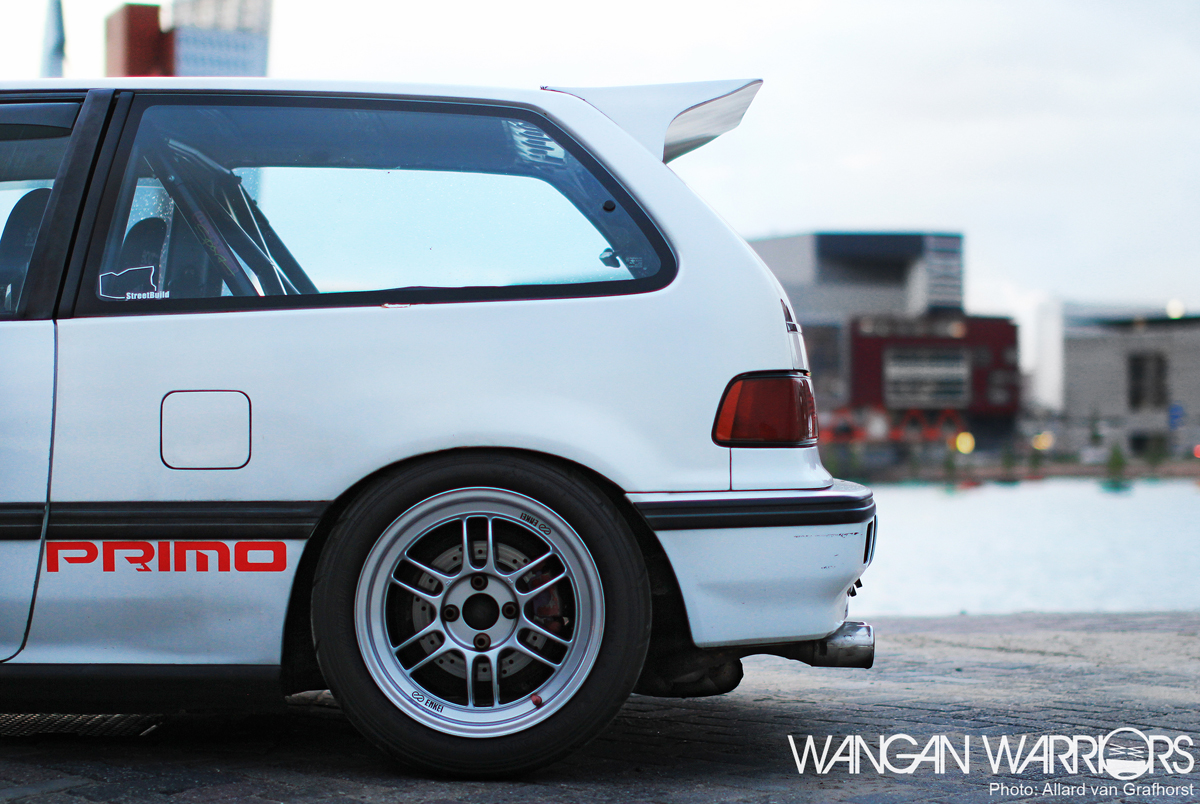 Other aesthetic modifications consist of a huge Chargespeed spoiler and of course the
Enkei RPF1’s in 15×7 wrapped in Toyo R888’s in the front and Advan A048’s in the rear. Just like TE37’s or Advan RGII’s, the RPF1’s have been a favorite amongst tuners world wide and in this case they really add something to that Kanjo vibe. 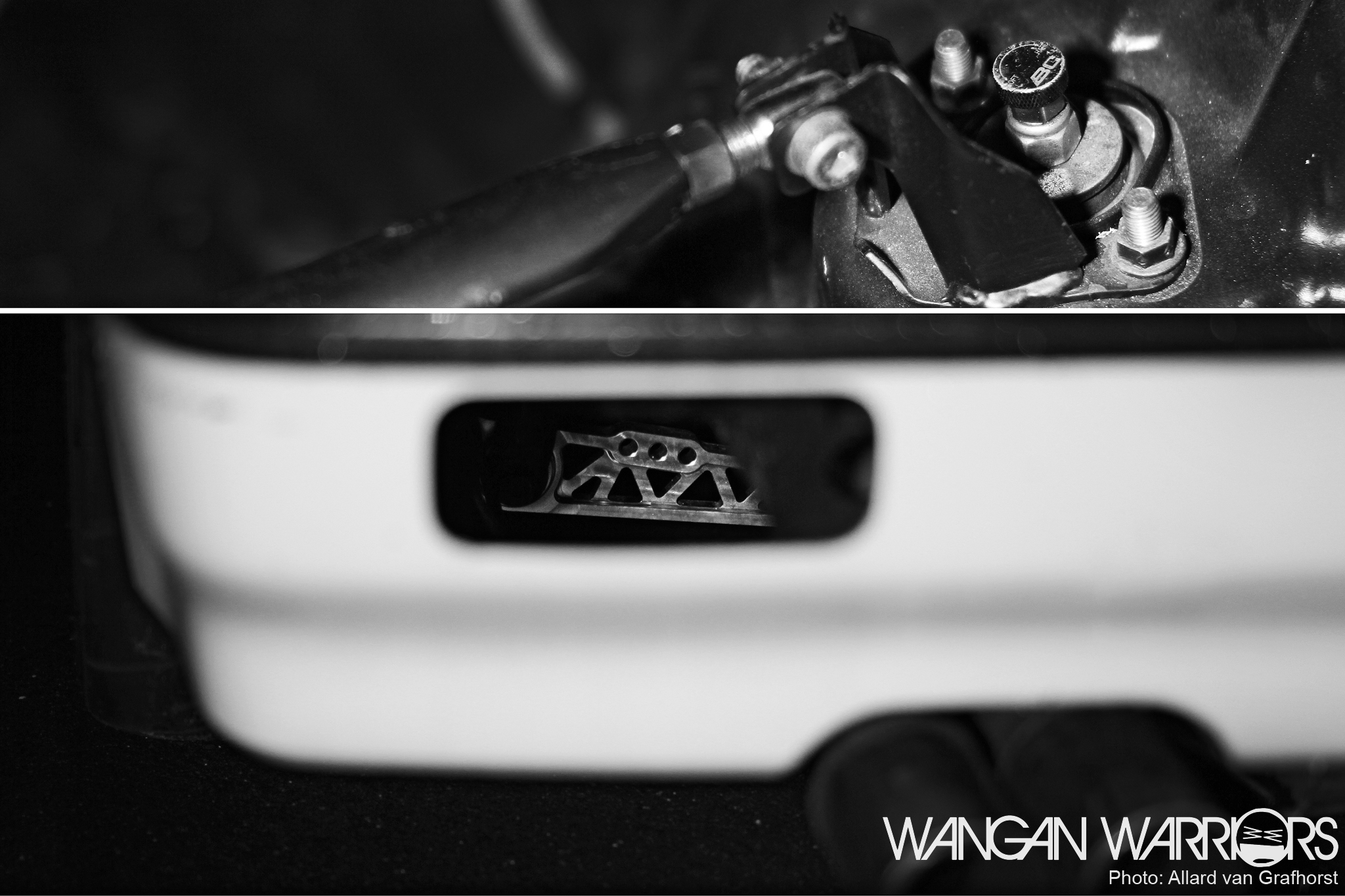 But of course, it can look like something that came straight from the Osaka loop but aesthetic are nothing without proper handling. That’s also something Kevin took care of by installing a set of BC racing coilovers, Buddyclub rear camber arms and every bushing underneath has been replaced with PU items. 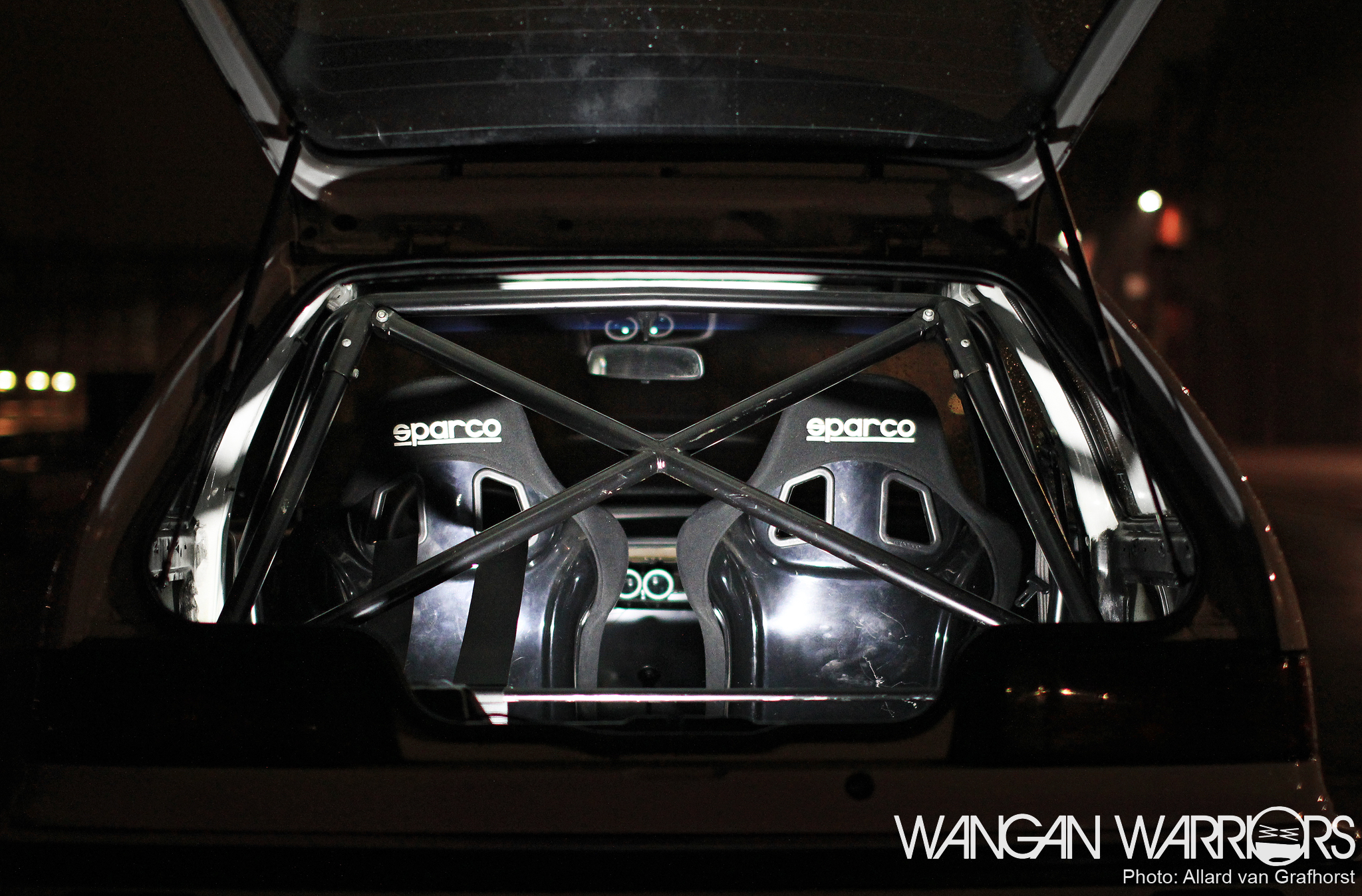 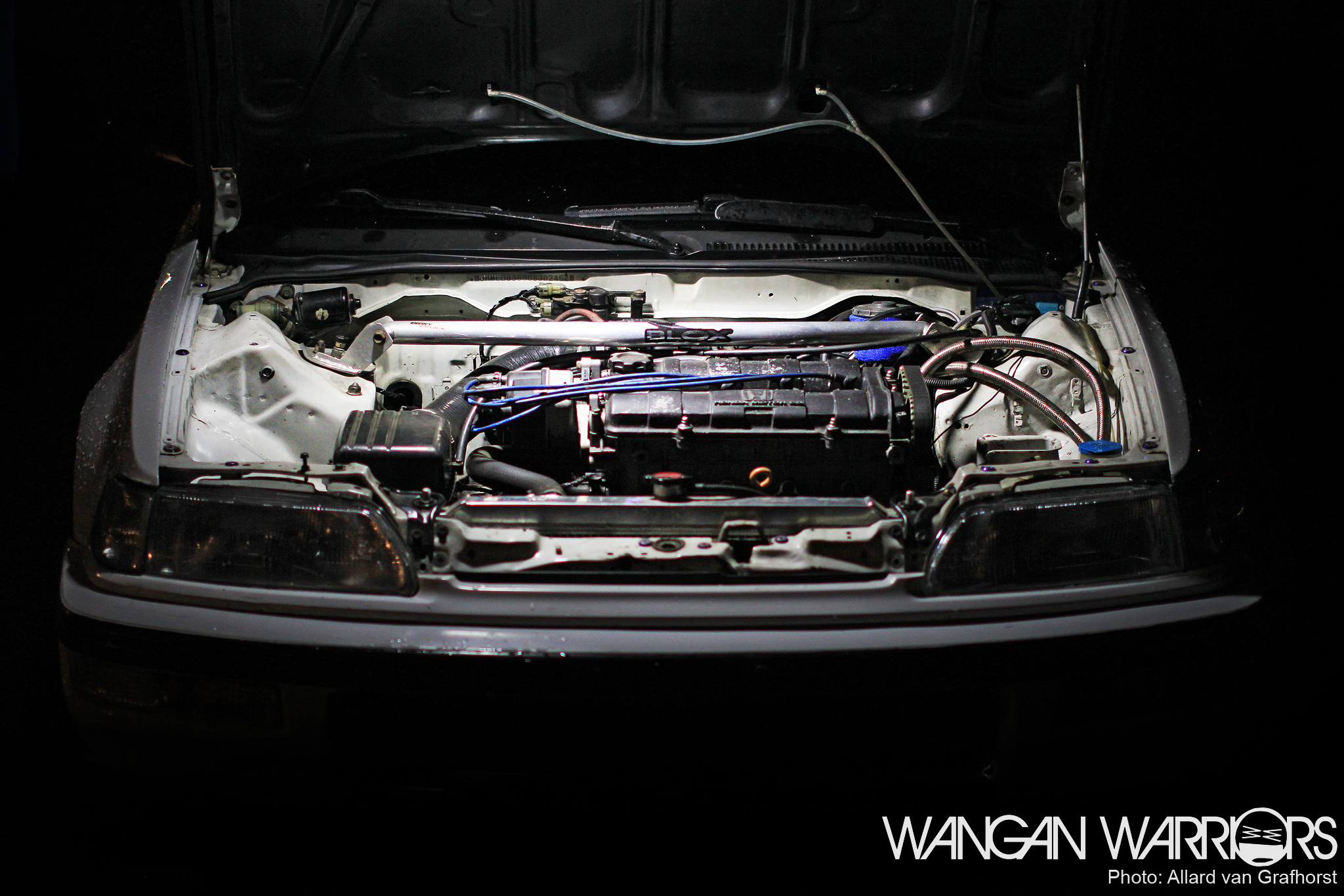 The best part though? That’s the part that houses under the bonnet. No B18 or K20 here but a well balanced D16-Z5. Why it’s my favorite part? Because it’s relatively cheap, it sounds really, really angry when driven in anger and it goes like a bat out of hell! The angry sound is partly due to Rocket Motorsport stage 2 cams, a portmatched DC 4-2-1 header and 2,25 inch Janspeed exhaust. 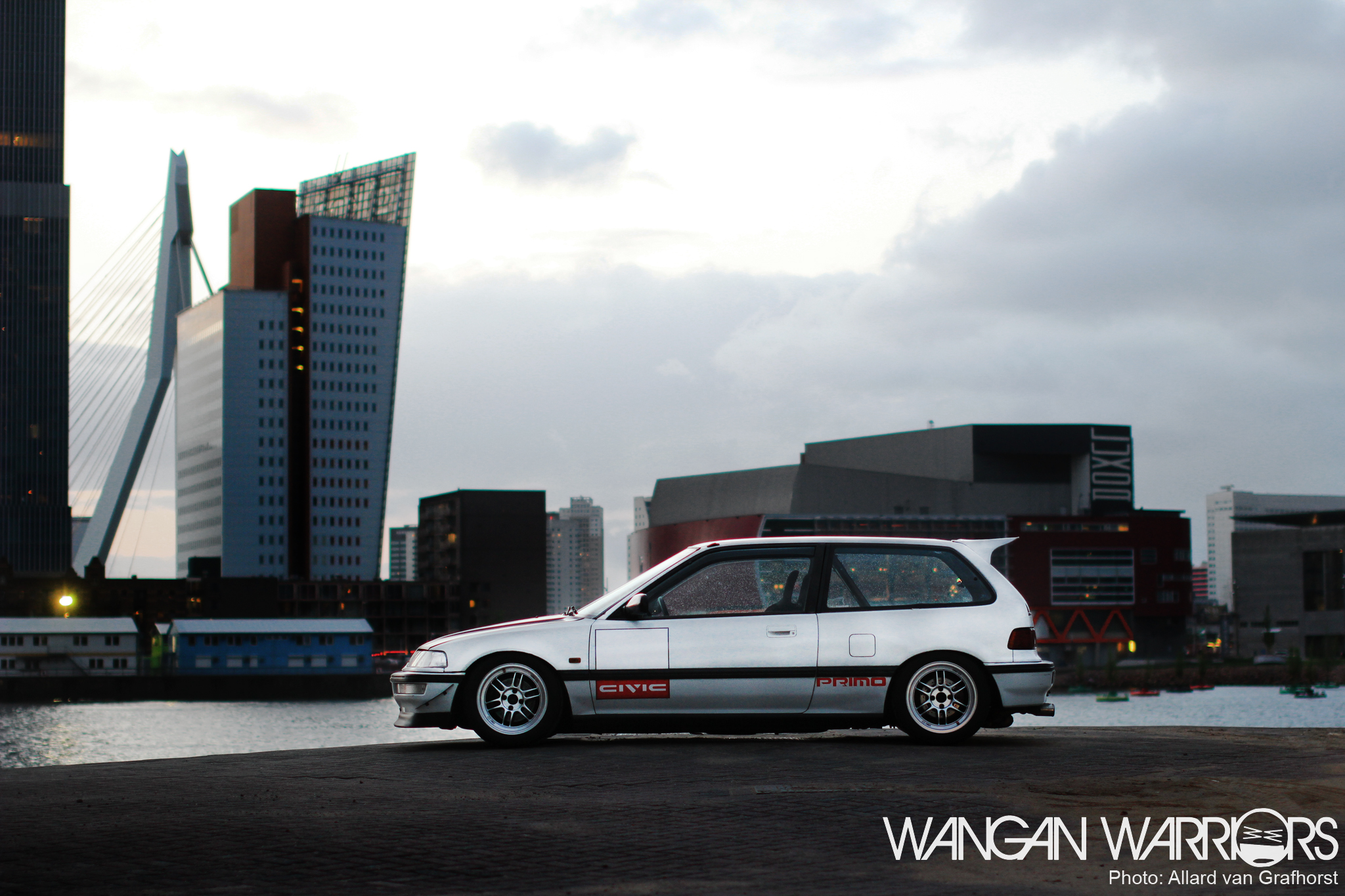 All of the parts above combined really make this a Civic a tribute true to the real Kanjo style. Sure, she is rough around the edges but it’s not a showboat. It’s meant to roam the highways around Rotterdam, one of the biggest cities in the Netherlands. 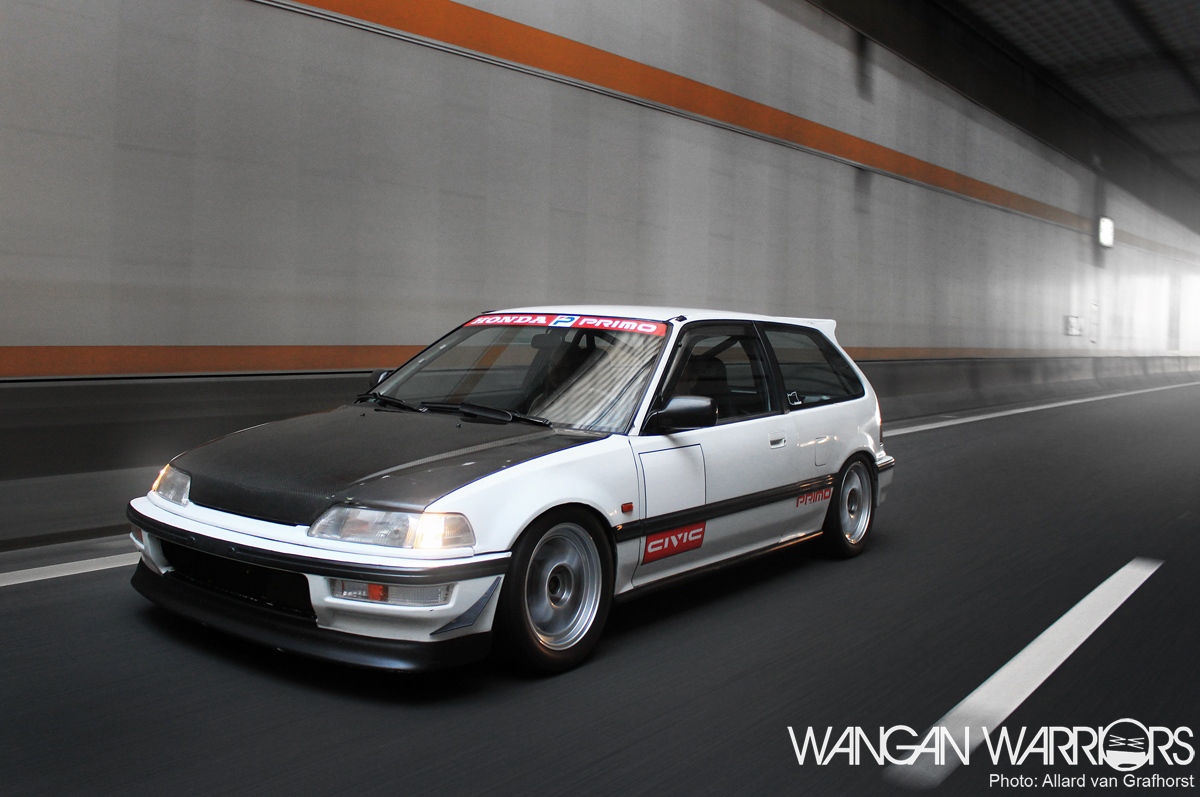 And when Kevin does so you really see why I think this is a real tribute to the infamous Kanjo racers of old. I got the feeling I was back in Japan when we did the rolling shots and suddenly, as a Honda n00b, I realised… 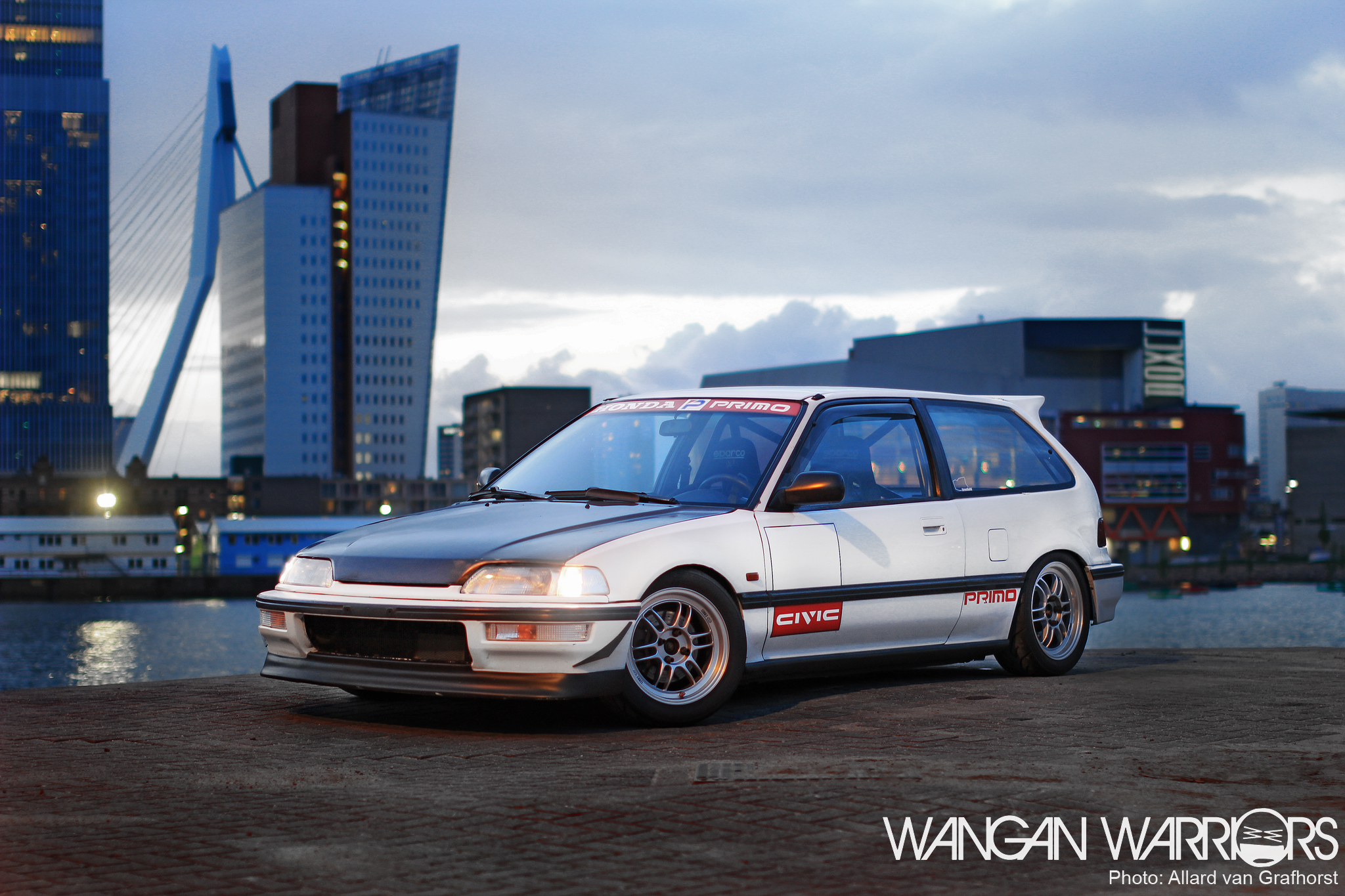 Bonus images after the speclist 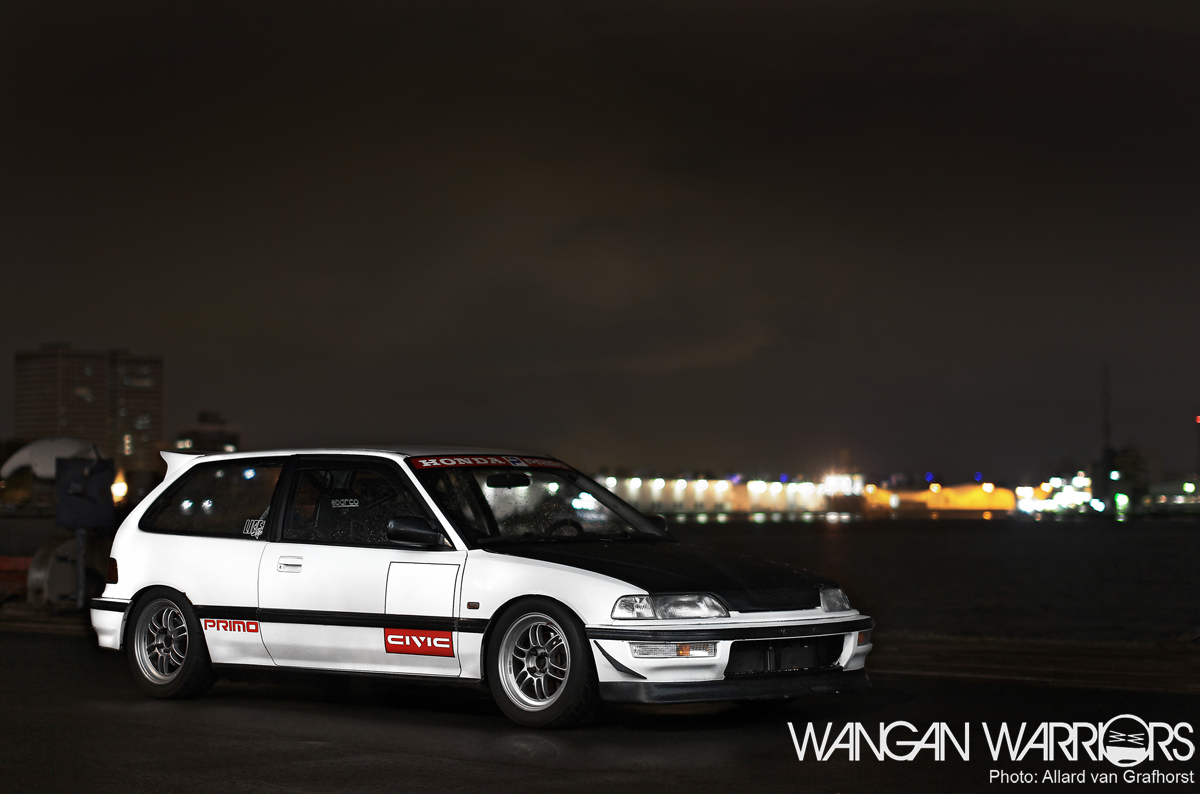 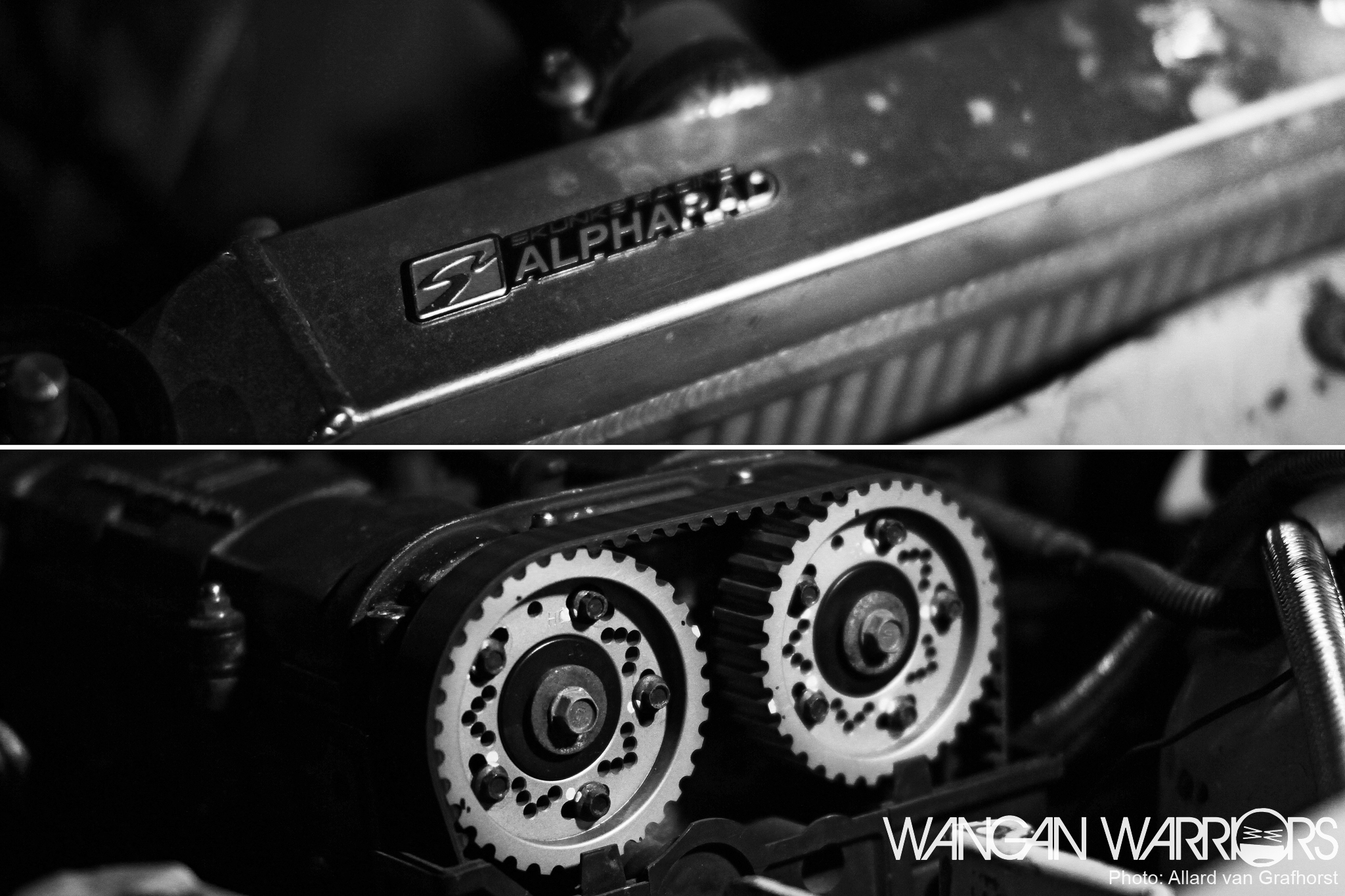 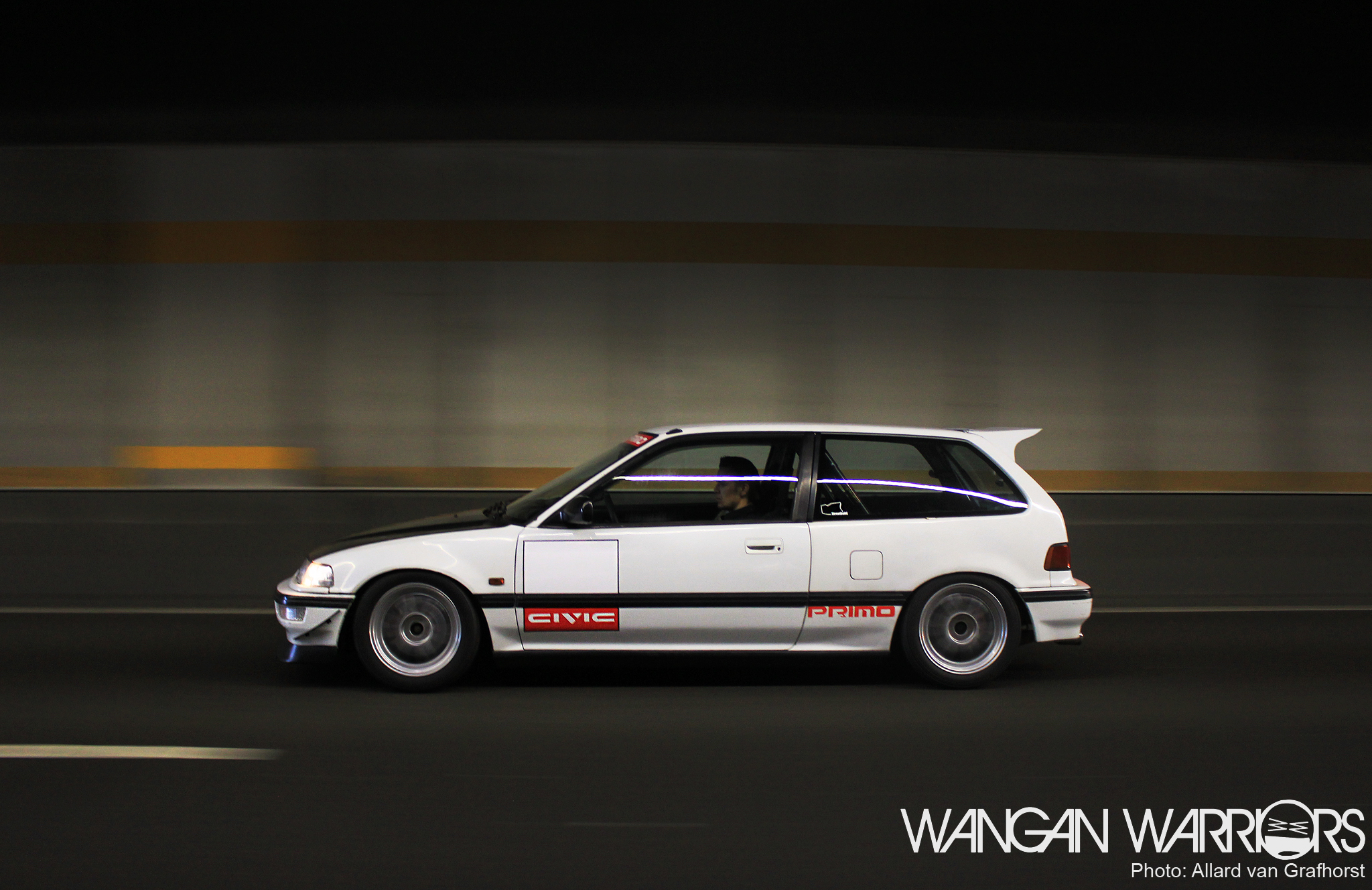 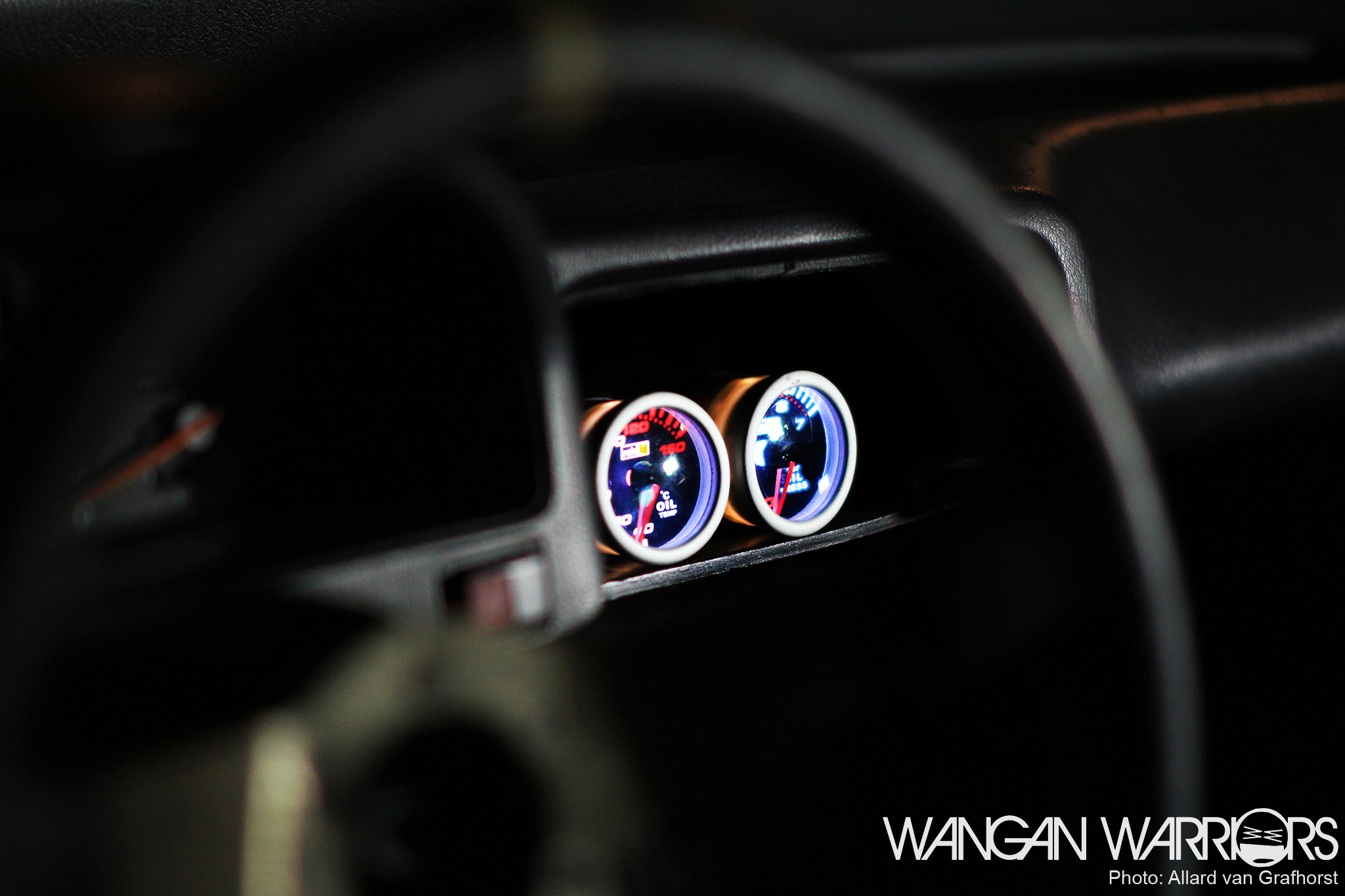 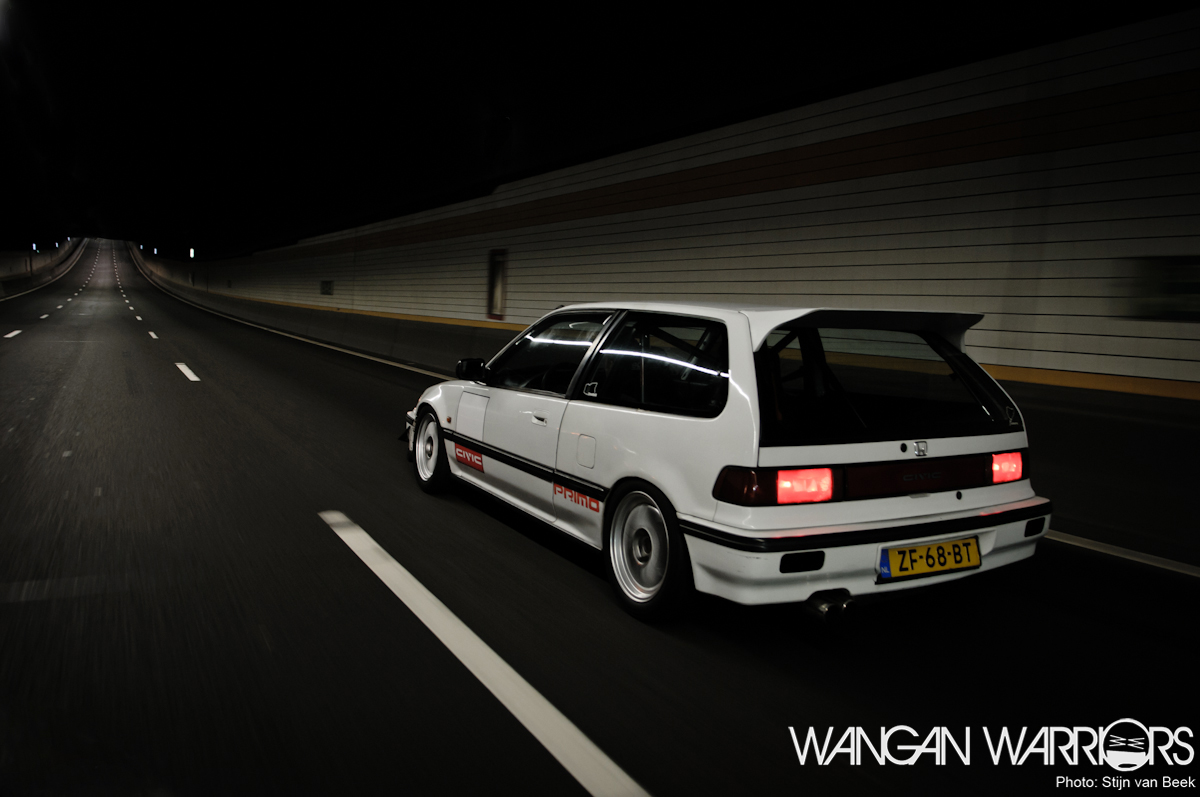 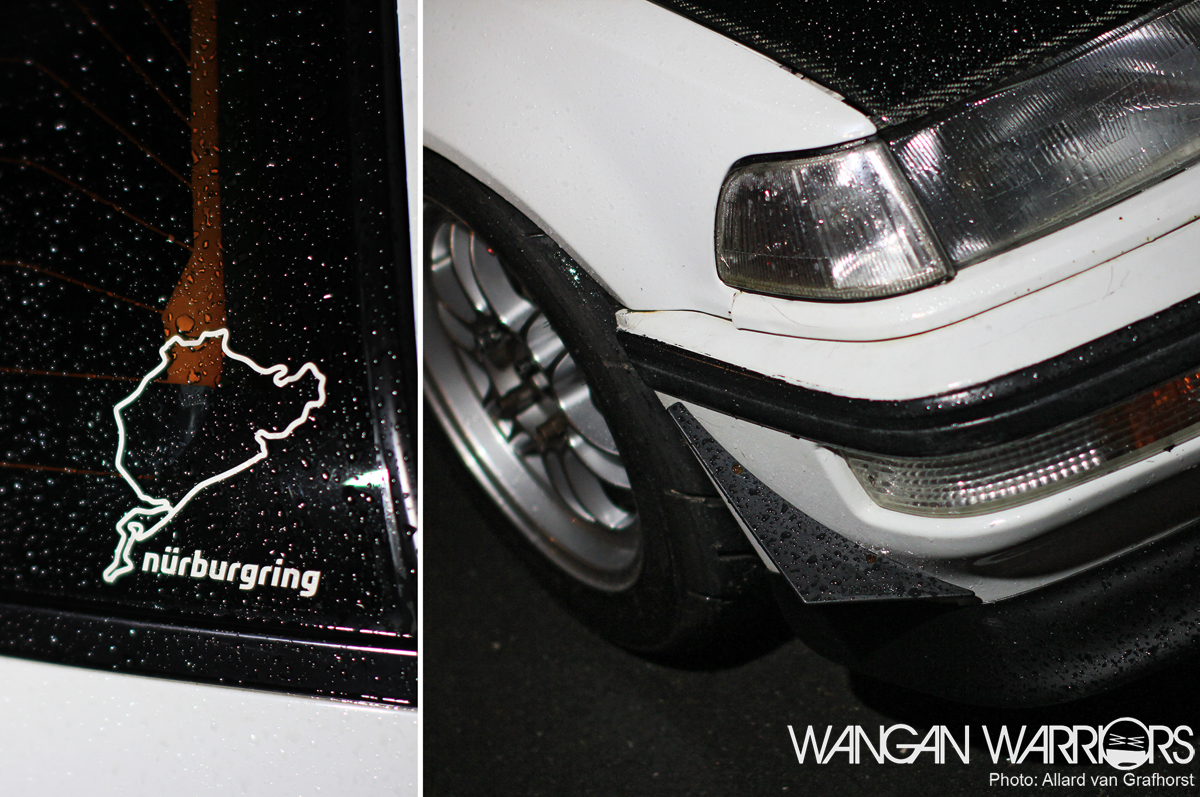