The weather is getting better, projects are being finished and people are getting excited! Time to wash the cars, get some fuel and drive a lot of kilometers for a car show. Mimms Honda Day was the kick-off of the 2017 season for me. This was a special one in my opinion because I got my CRX back on the road after 2 years and I drove to the UK right away. 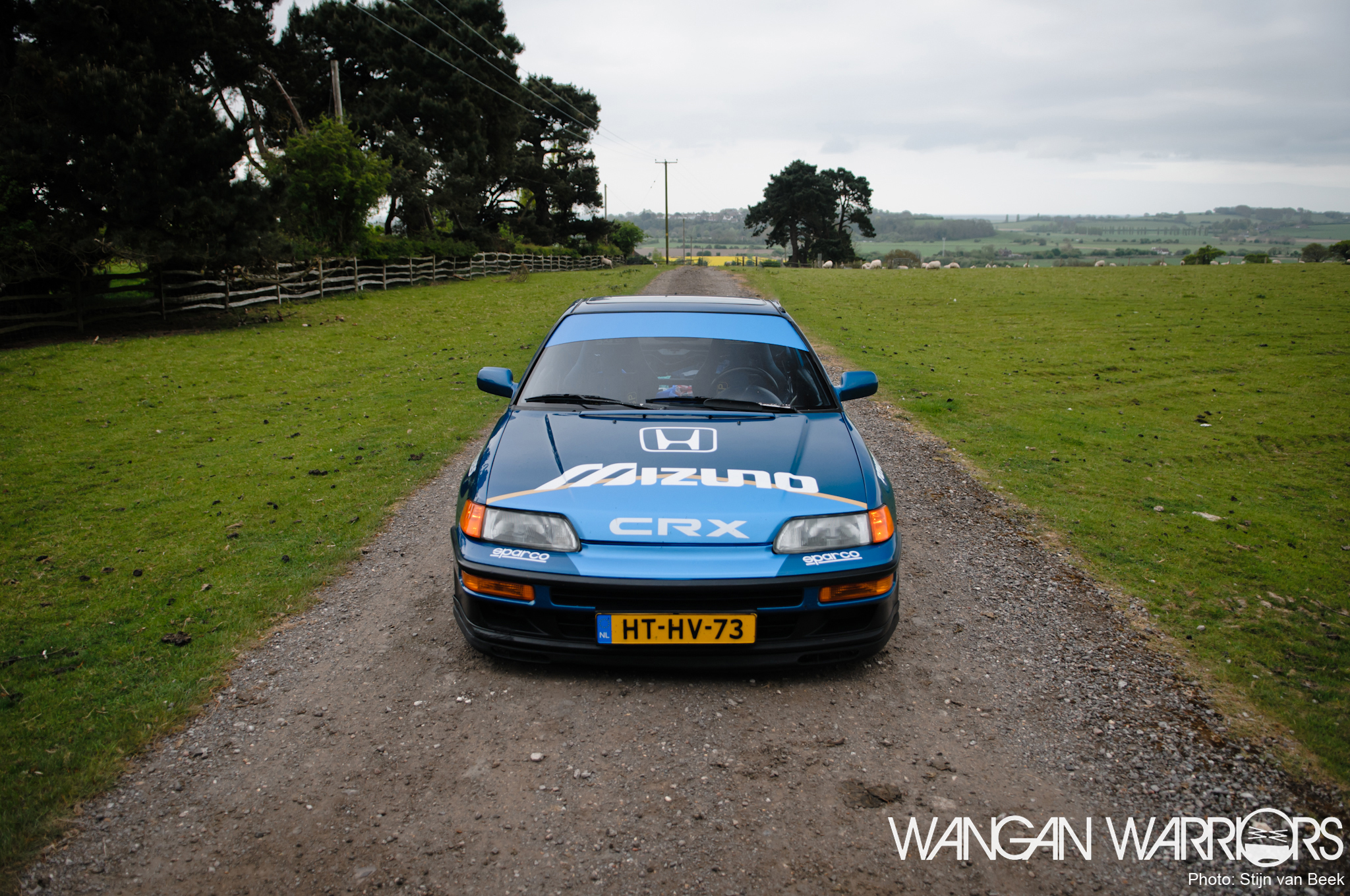 The day before the event we went to explore a bit of the nice scenery in the south of the UK. A lot of fun roads to drive and epic views. I was on my way to my good friend Pas who lives near Hastings and owns a very nice Honda Integra Type R with a supercharger. Did I already mentioned that he is a very nice guy? He made a very tasty typical English breakfast for me and helped me to replace my exhaust gasket.

On Sunday it was time for Mimms. I was very excited because this was my first event with the “new” CRX. 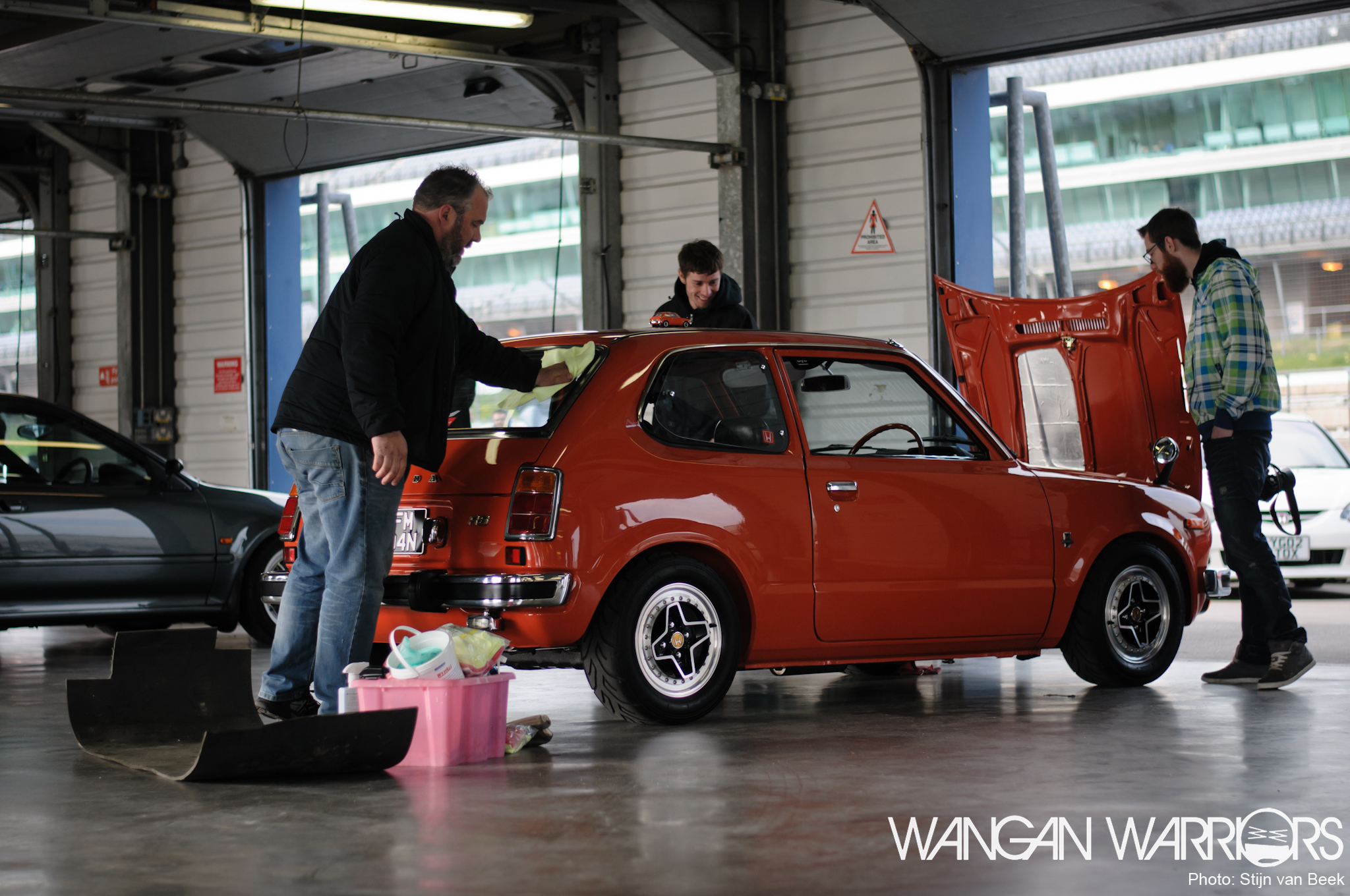 Everyone knows the common and most ‘tuned’ Honda models like the 90’s Civic, the Integra, S2000 or the CRX. But there are a lot of other cool models which you don’t see that often. This first generation Civic from 70’s got my attention real quick. Unlike most Civics, this car was kept completely original and in an immaculate state. At the end of the day the car won the 2nd place ‘best of show’ award in the Show & Shine competition. 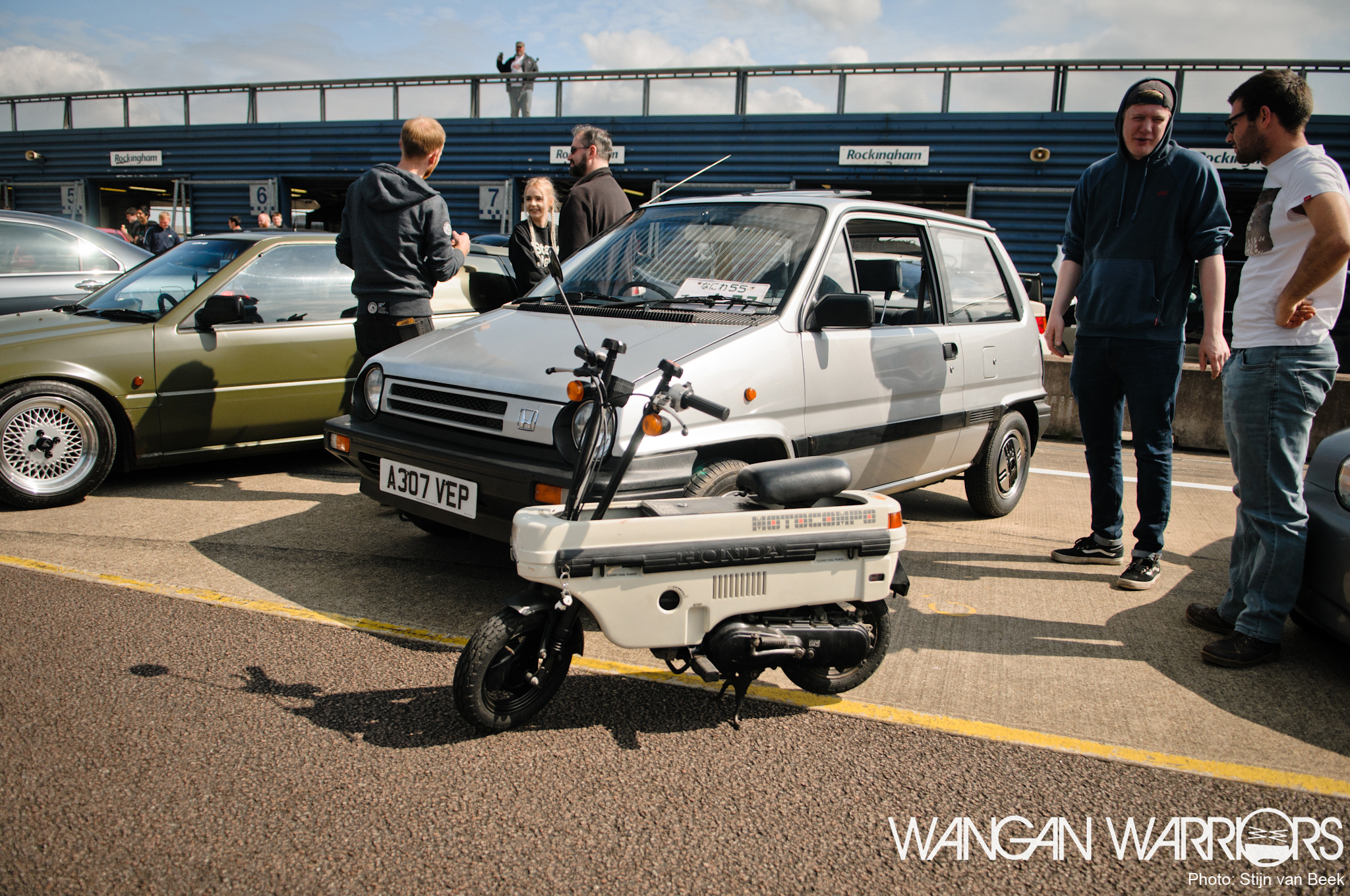 This combination is also a very rare sight. The Honda Jazz (or City) was produced from 1981 until 1986. It was possible to order a Jazz with a Honda NCZ 50 Motocompo bike. The Motocompo bike will fit in the back of the Jazz if you fold down the handlebars, seat and foot-steps. The baggage compartment was actually developed around the Motocompo. 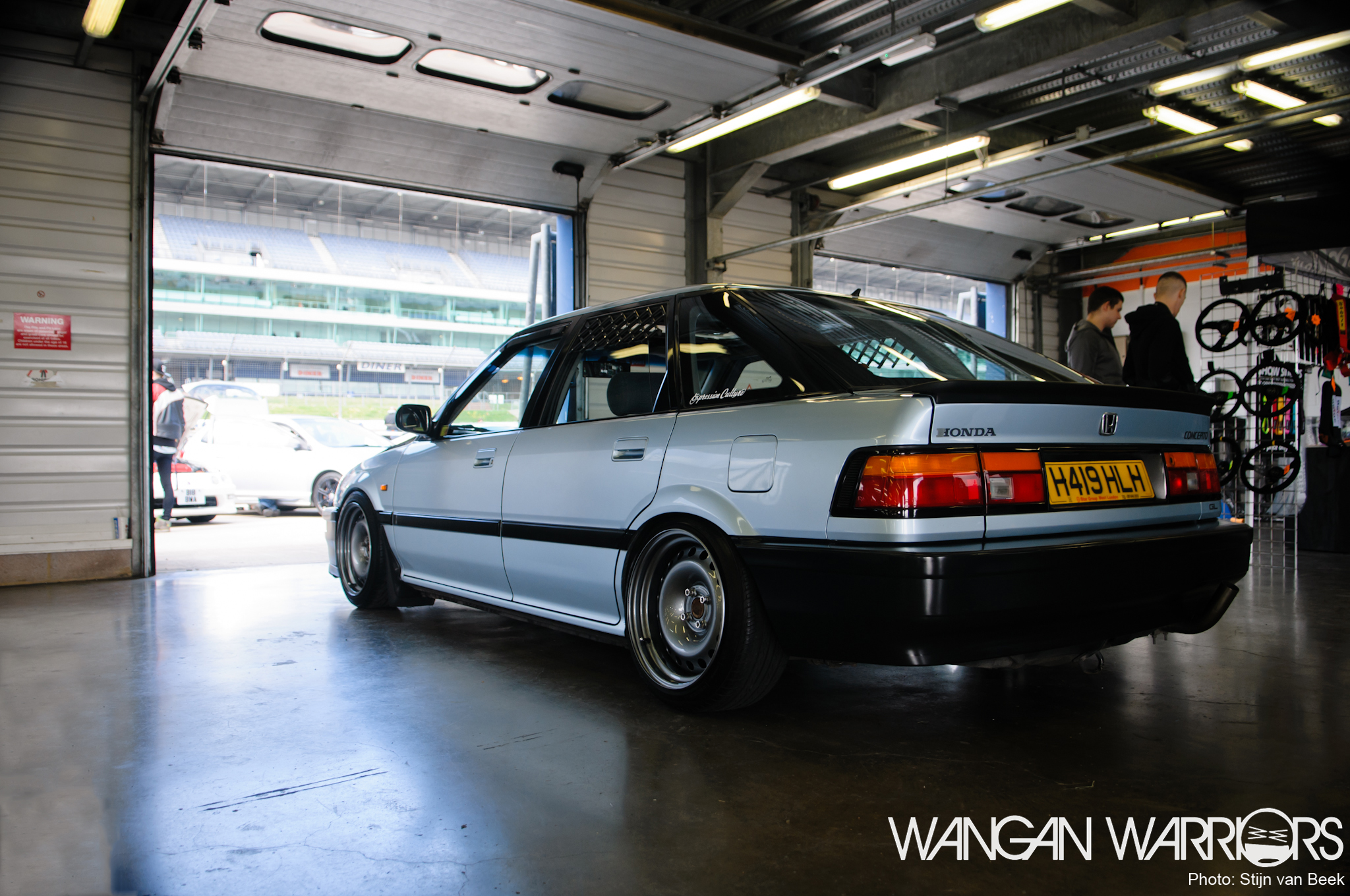 A common car on the road but not at car events is the Concerto. Being spacious and having a good fuel economy, this car is mostly used by elderly. This example was in a very good condition. I’m not a fan of widened steelies but they suit this car very well. Clean as f*ck! 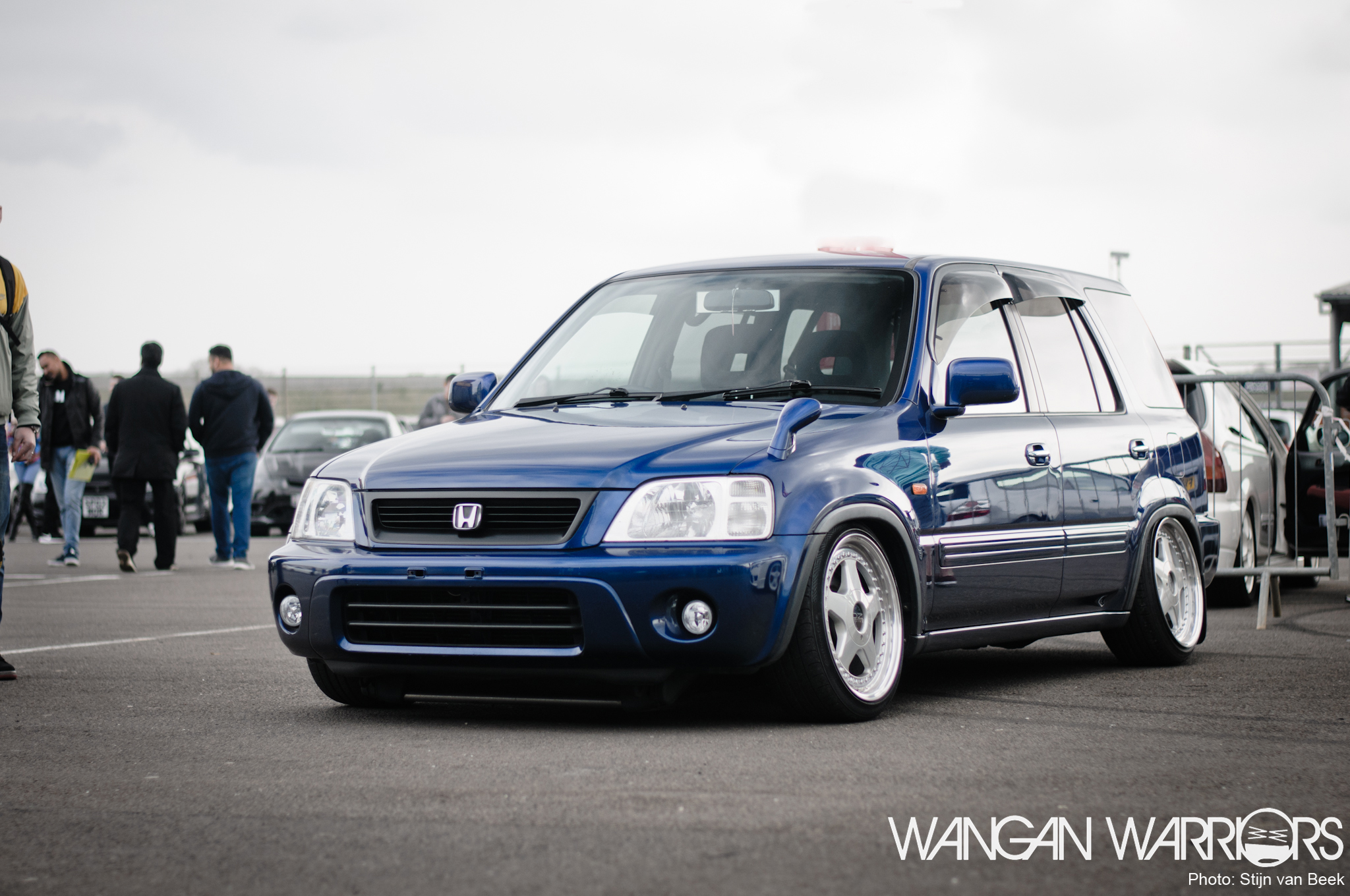 This CRV was imported from Japan and came with some very cool extras. The big wind deflector are typical Japanese and They’re very rare in Europe. Same goes for the mirror on the fender. Very cool to see an example like this at Mimms!

As you can see there are loads of different Honda models in different styles. Let me show you one of my personal favorites. 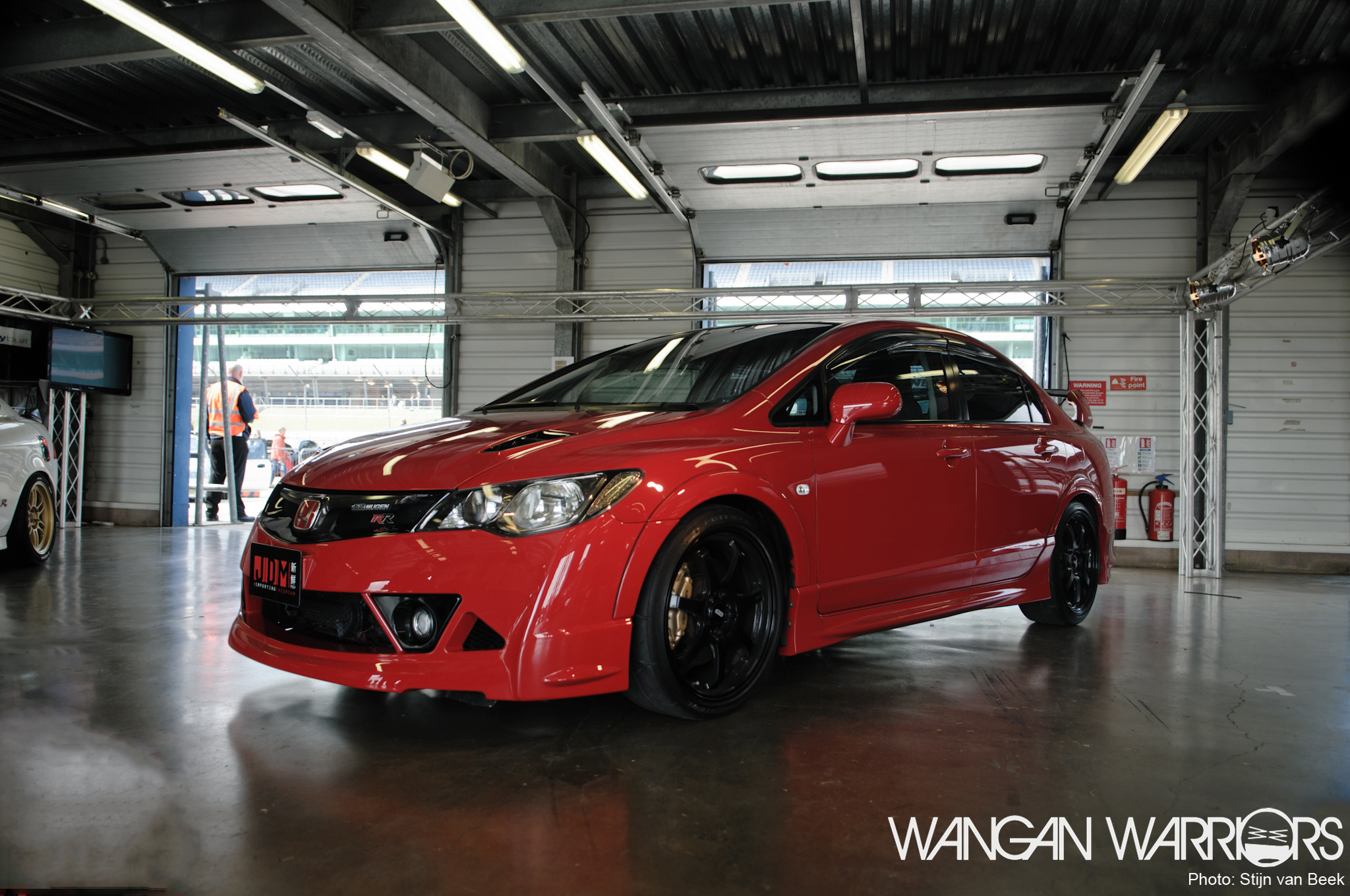 I have to start with this Milano red monster. We are looking at a Civic Mugen RR of which only 300 were being produced for the Japanese market. There are only a few in the UK and this probably makes this the rarest car at Mimms. 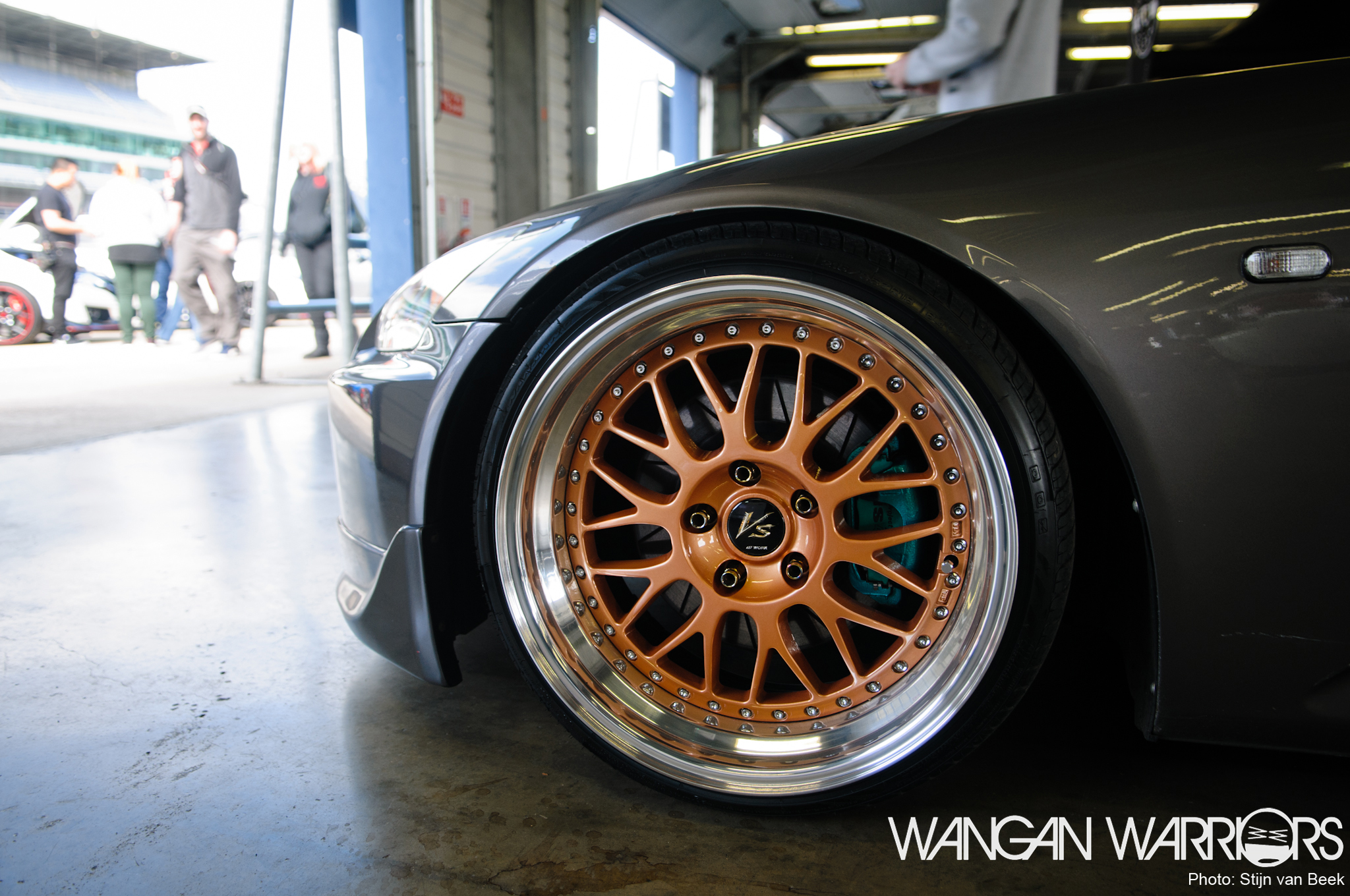 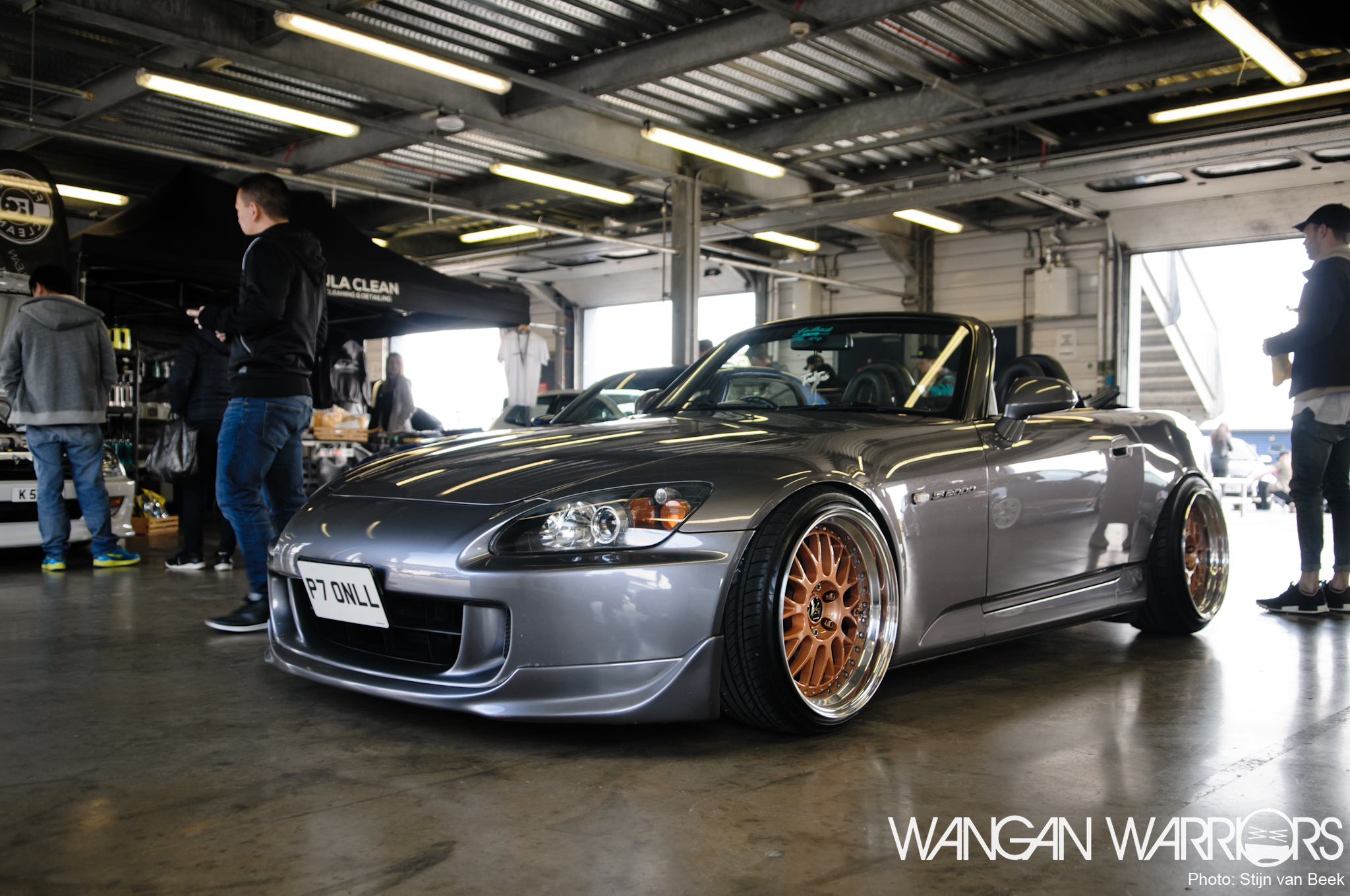 After a very striking red Civic I found this ultra clean S2000 on Work VS-XX wheels. I just love the combination with the turquoise brake calipers! Despite the “boring” grey colour, this car is definitely in my top 10! 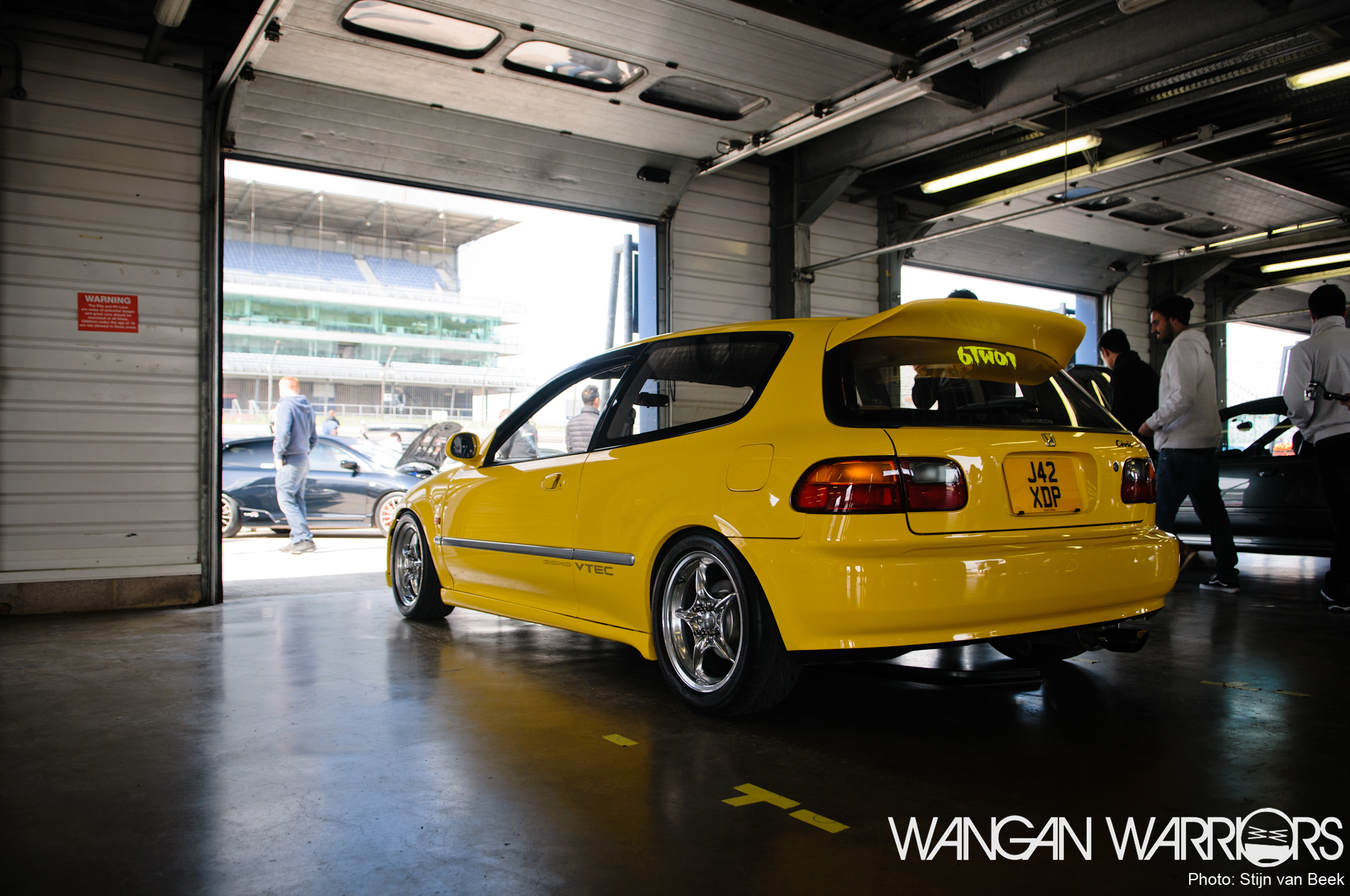 Back to some colour; yellow is the most beautiful colour for any Honda! And it suits this Civic EG! Equipped with some Mugen MF8 wheels and an Osaka JDM spoiler. You won’t find any car cleaner then this, props to the owner! 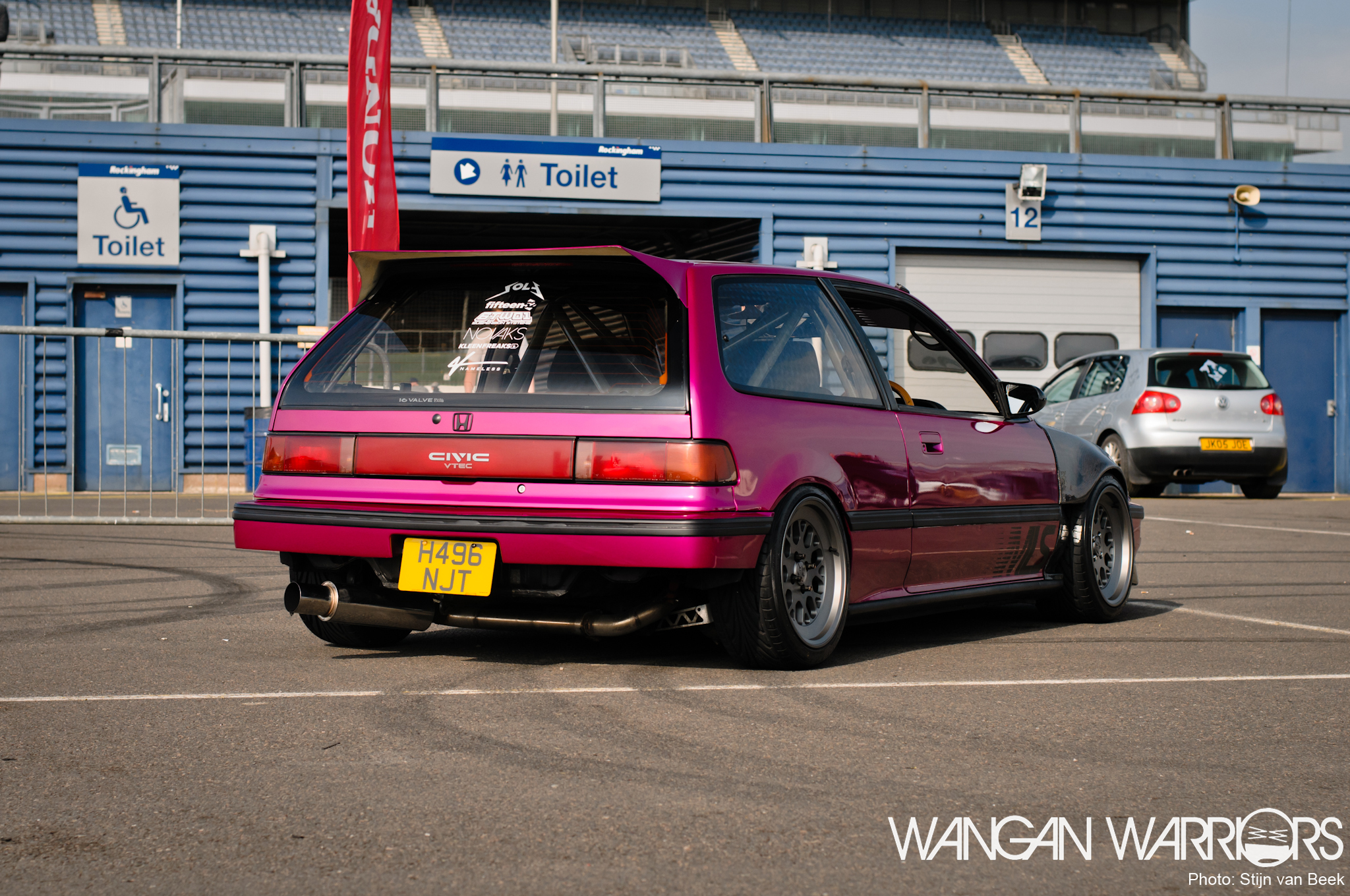 You hate it or you love it; a very bold pink Civic EF. The car sits on some Fifteen52 Formula TR wheels and had a carbon hood & fenders. During the event I heard that the owner of the car lost a Facebook bet and had to paint his car pink. At least he kept his promise! 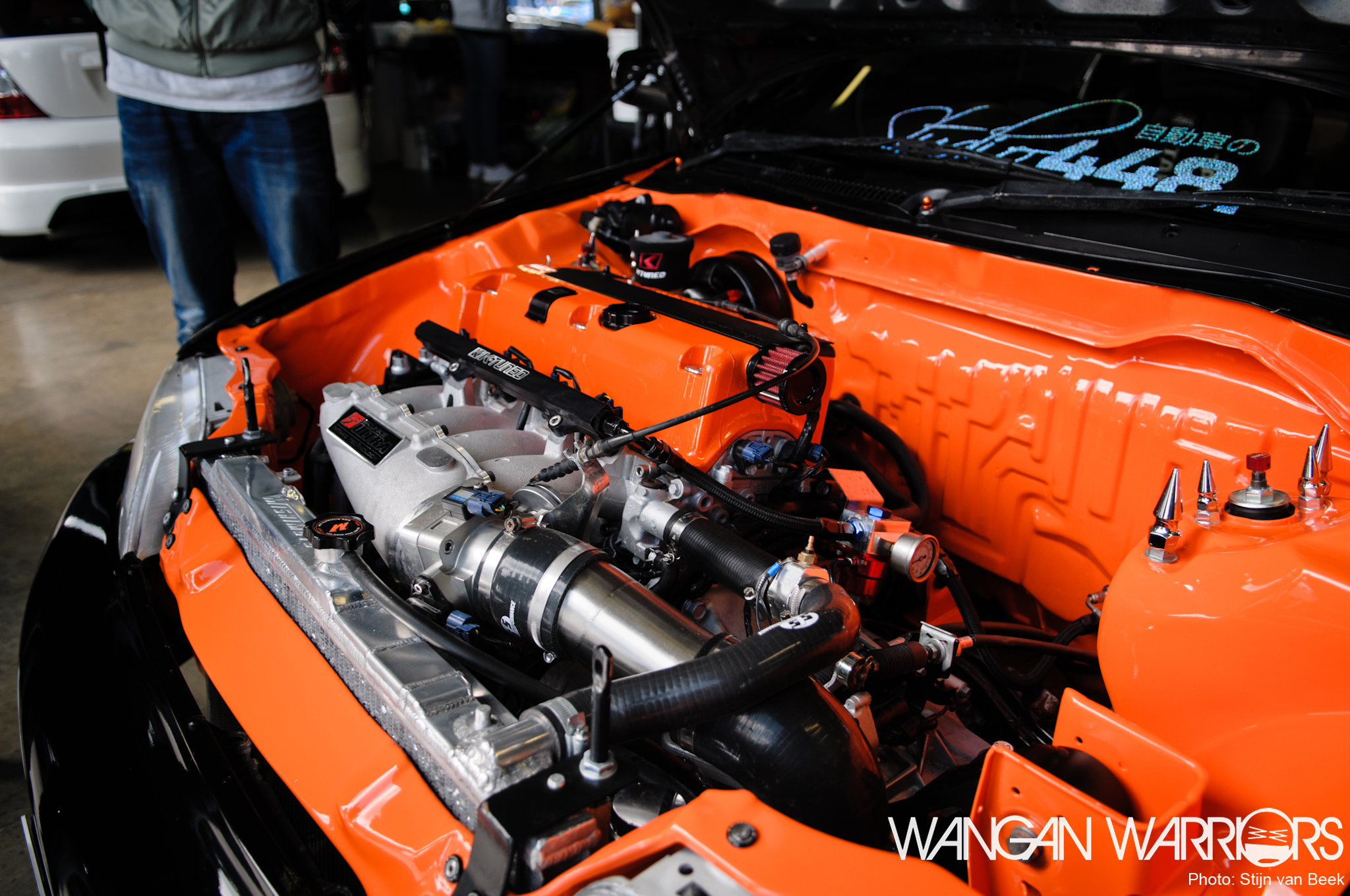 And who say’s that Honda’s are not performance cars? Take a look at the engine bay of this CRX. Instead of a 160hp 1.6 engine this car has been swapped with a 2.0 K20 engine from a Civic Type R. Look how tight the fitment is! 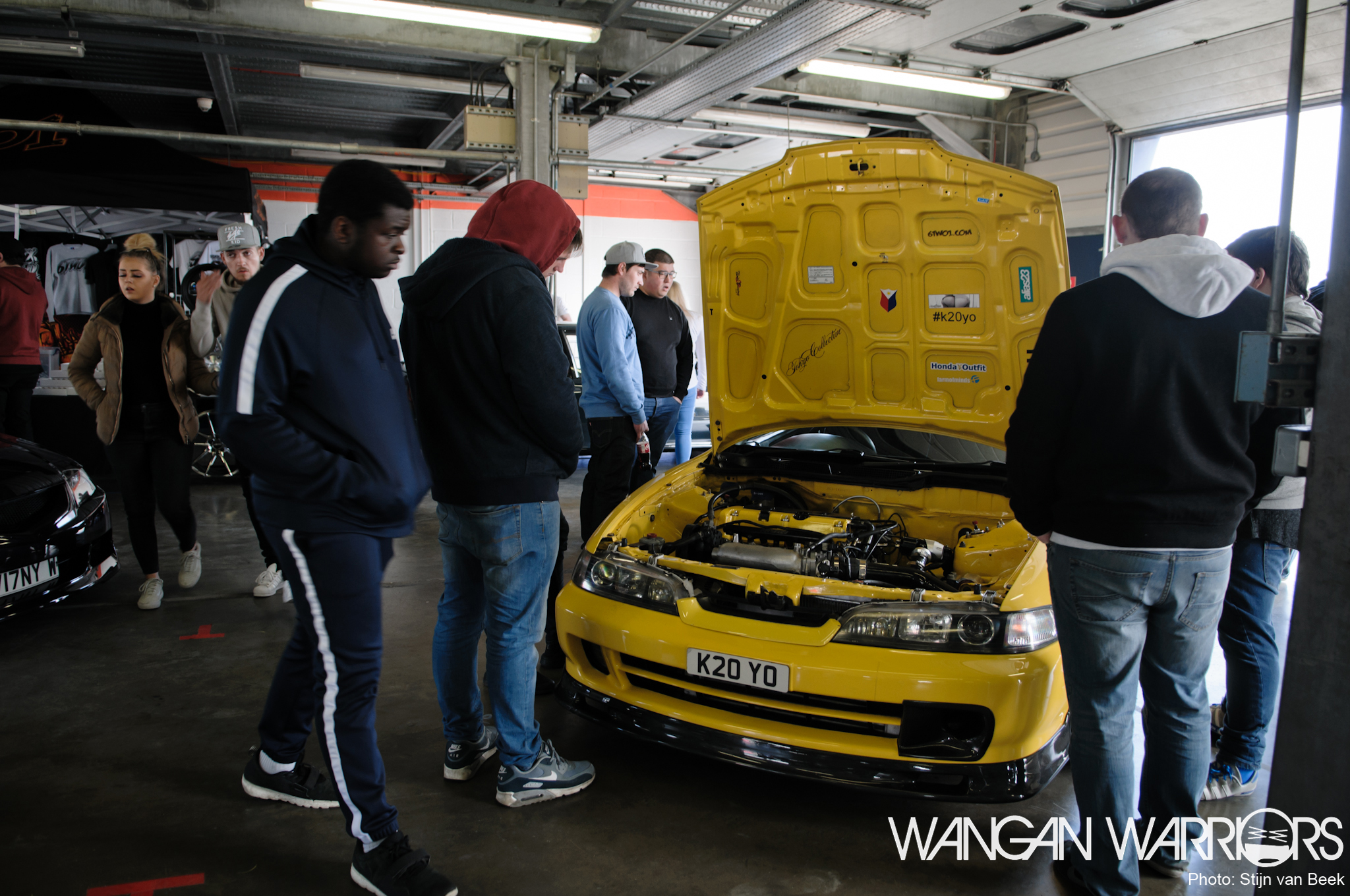 The license plate tells you what engine there is inside. This K20 is equiped with a Rotrex supercharger. Did I already mention that yellow is a very nice colour for Honda?

Now it’s time for some track shots. The event was held at Rockingham speedway, a famous oval racing circuit. Oval racing? Yes but there is also a layout for trackdays! 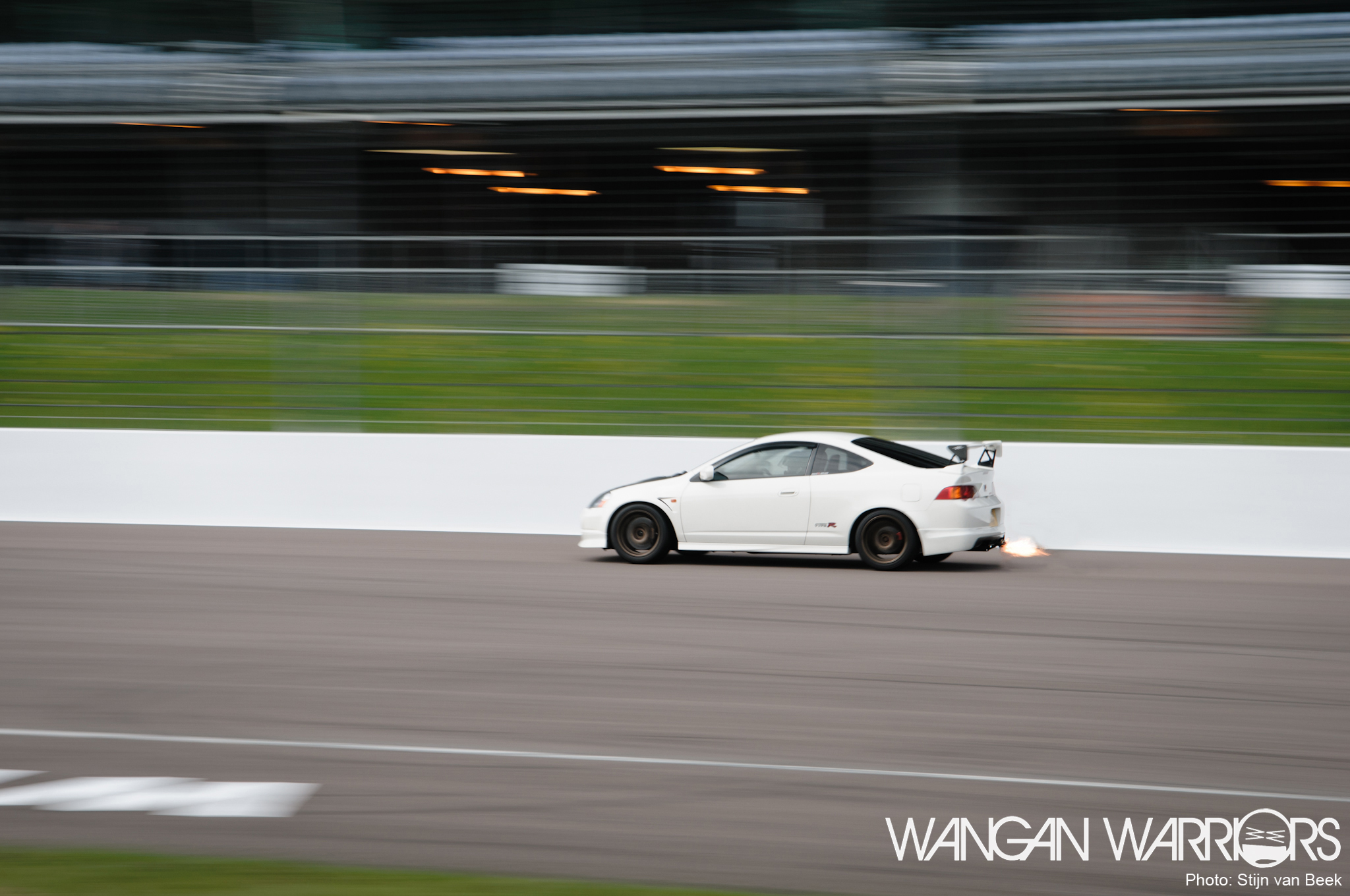 My favorite track car was this supercharged DC5. The sound this car made gave me goosebumps. The Integra was driving a lot this day and just kept on shooting flames, always nice to capture this! 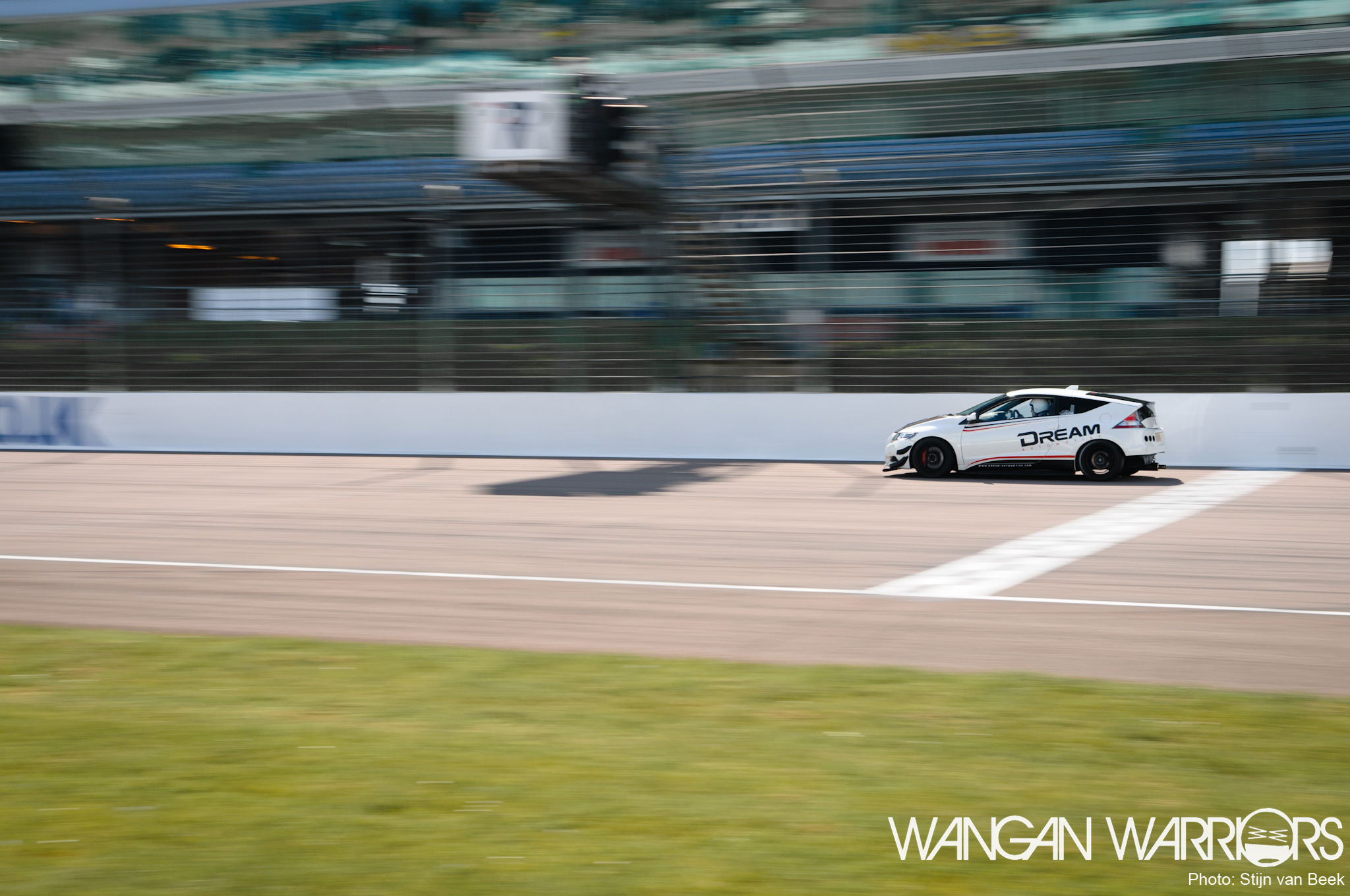 You don’t always see a tuned hybrid on the racetrack! I wonder what his average fuel economy was?? 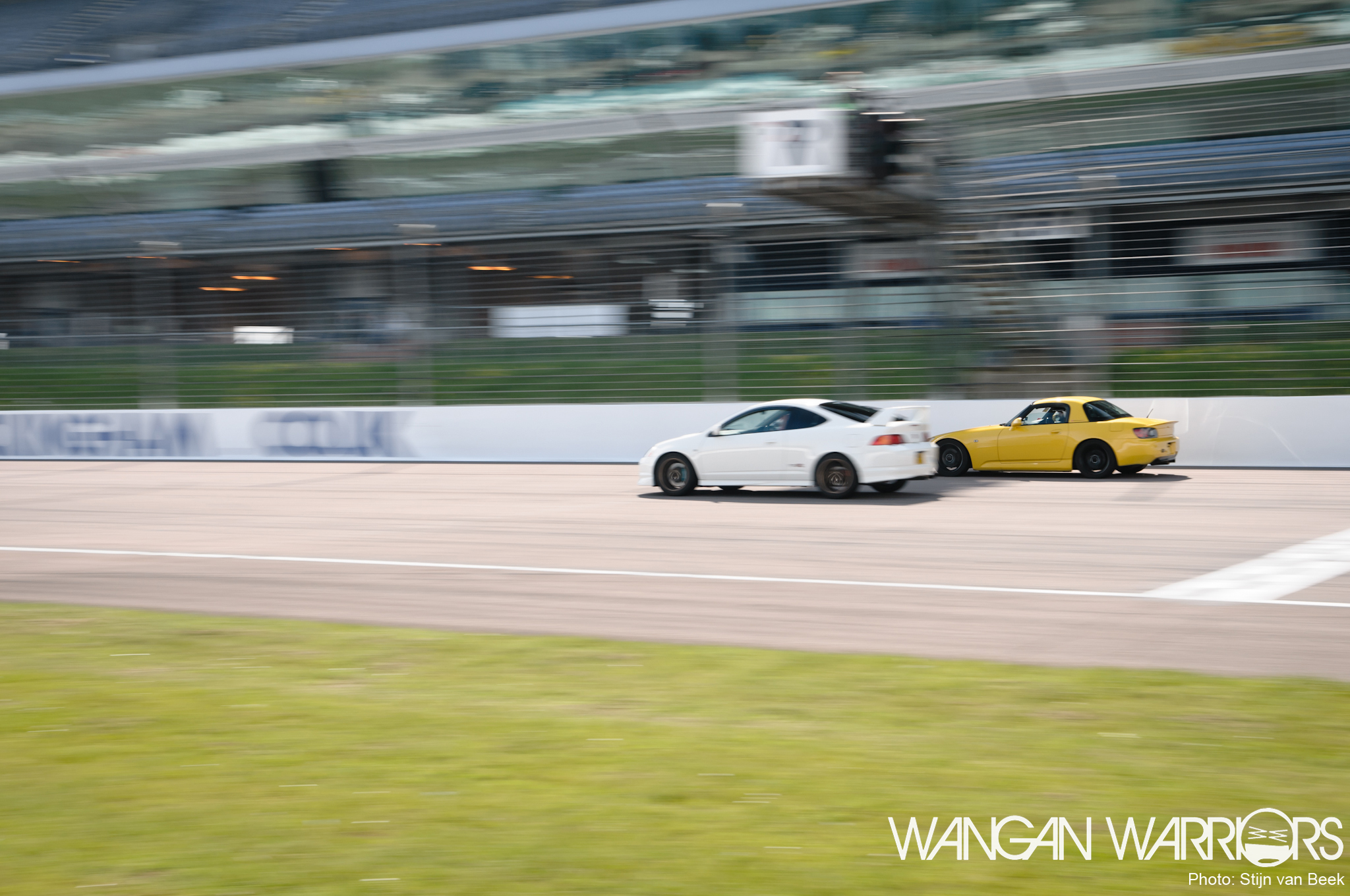 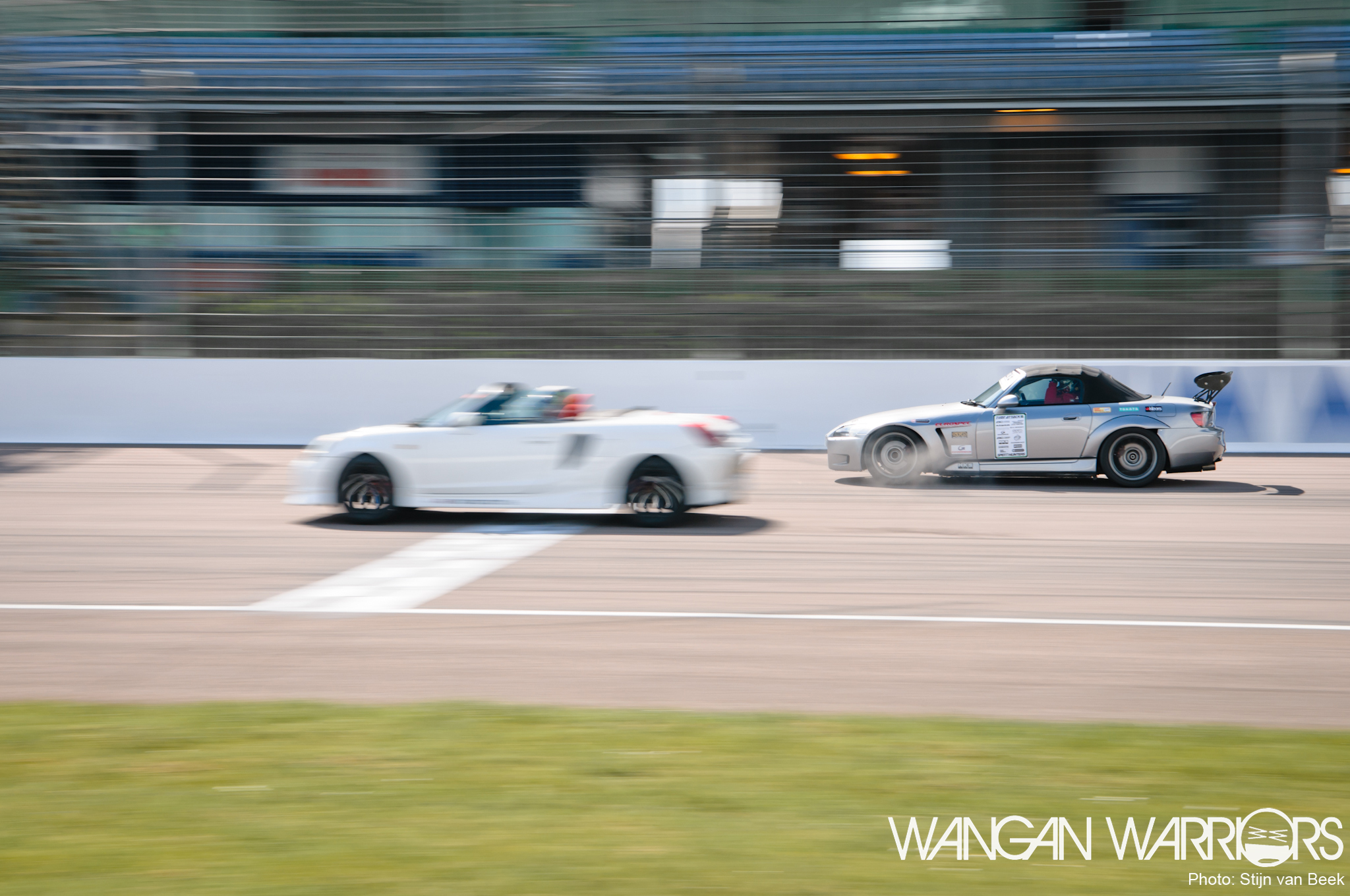 A great circuit for some nice battles. Some very technical tight corners and a nice “straight” makes it very fun to watch for everyone! 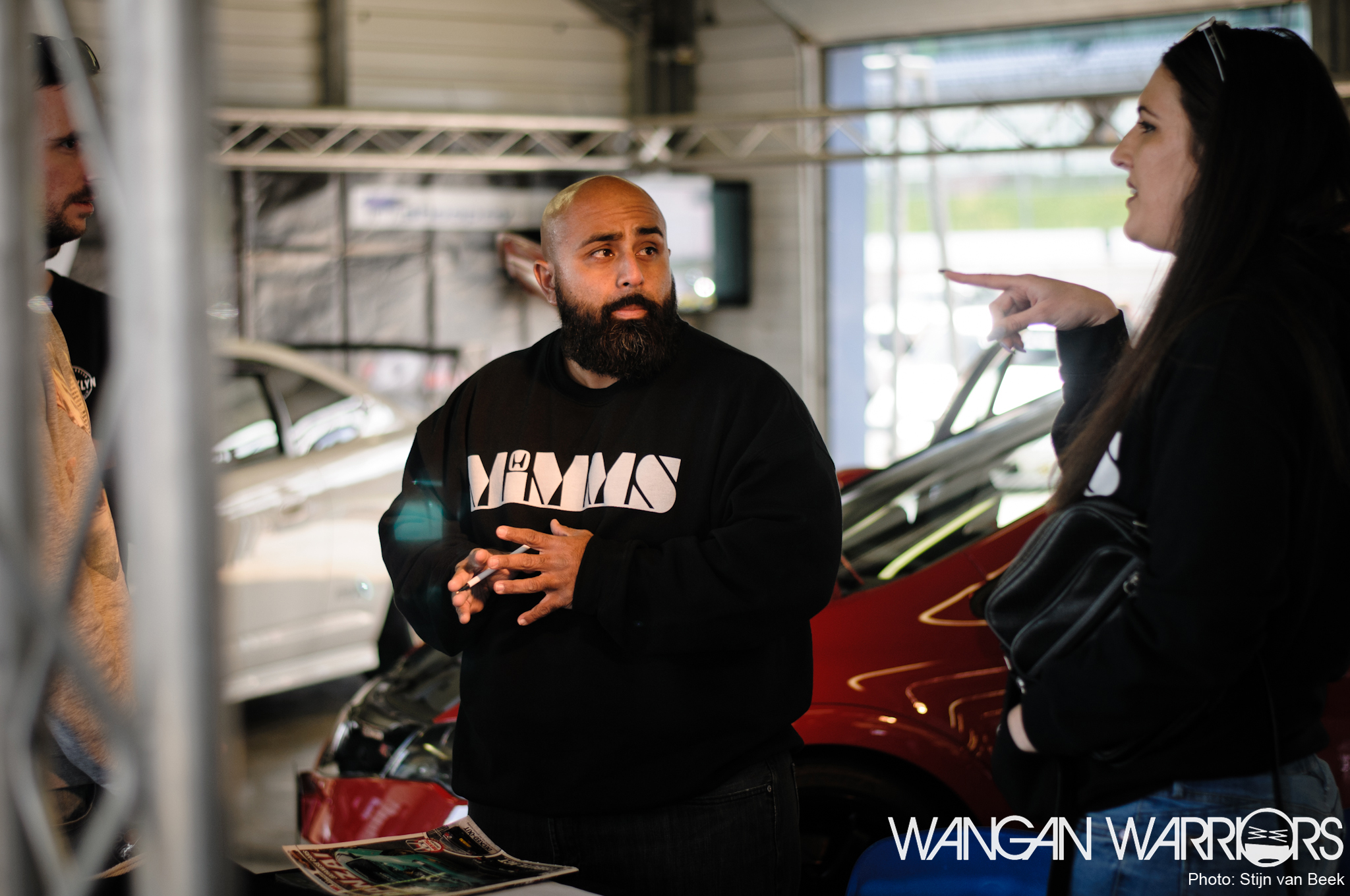 As special guest Big Mike came over from Southern California. He is known from Honda Tuning Magazine and his insane 4th gen Prelude. He was one of the judges during the Show & Shine competition and talked to a lot of fans and visitors. Thanks for the support and making this trip! 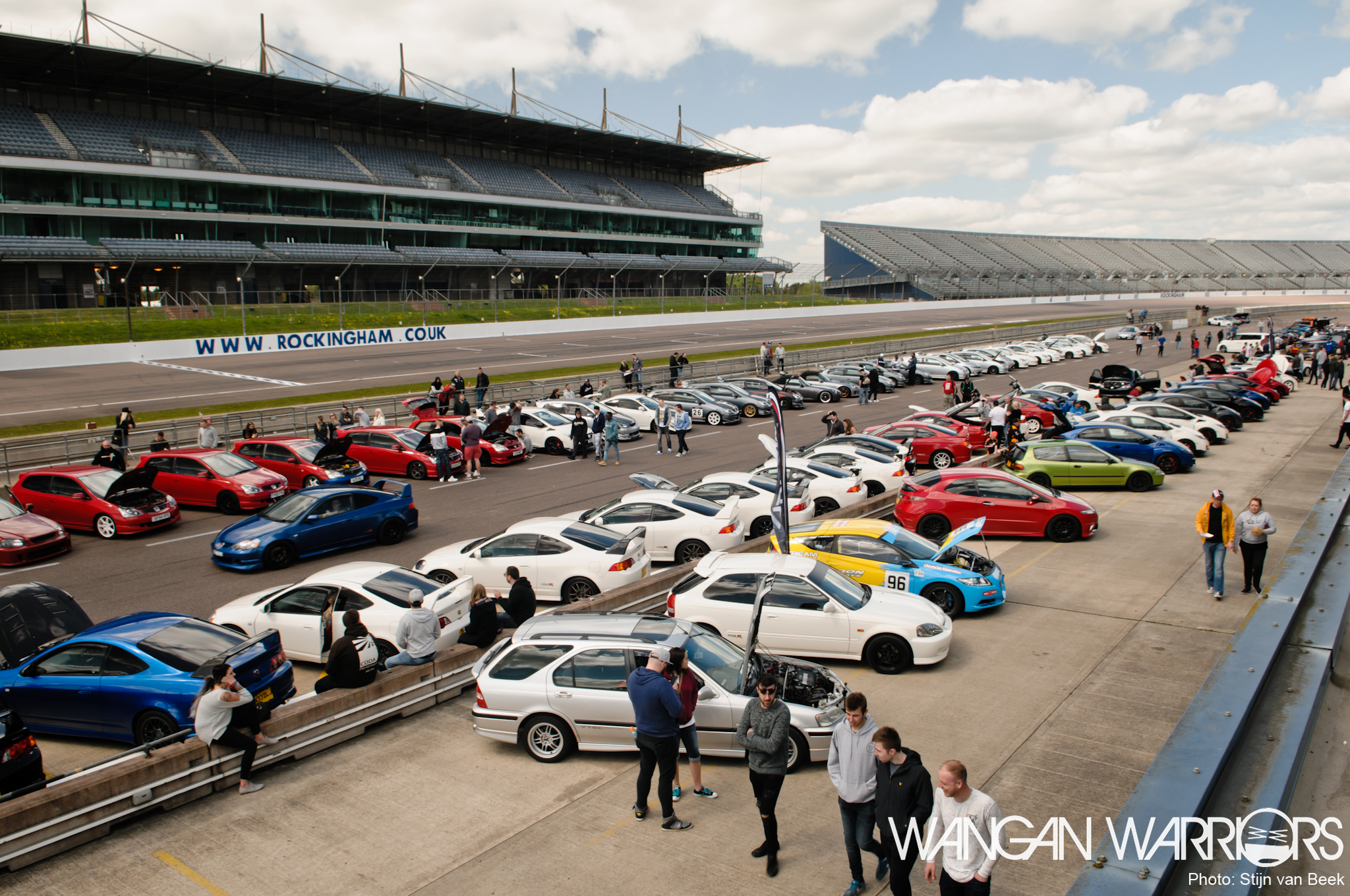 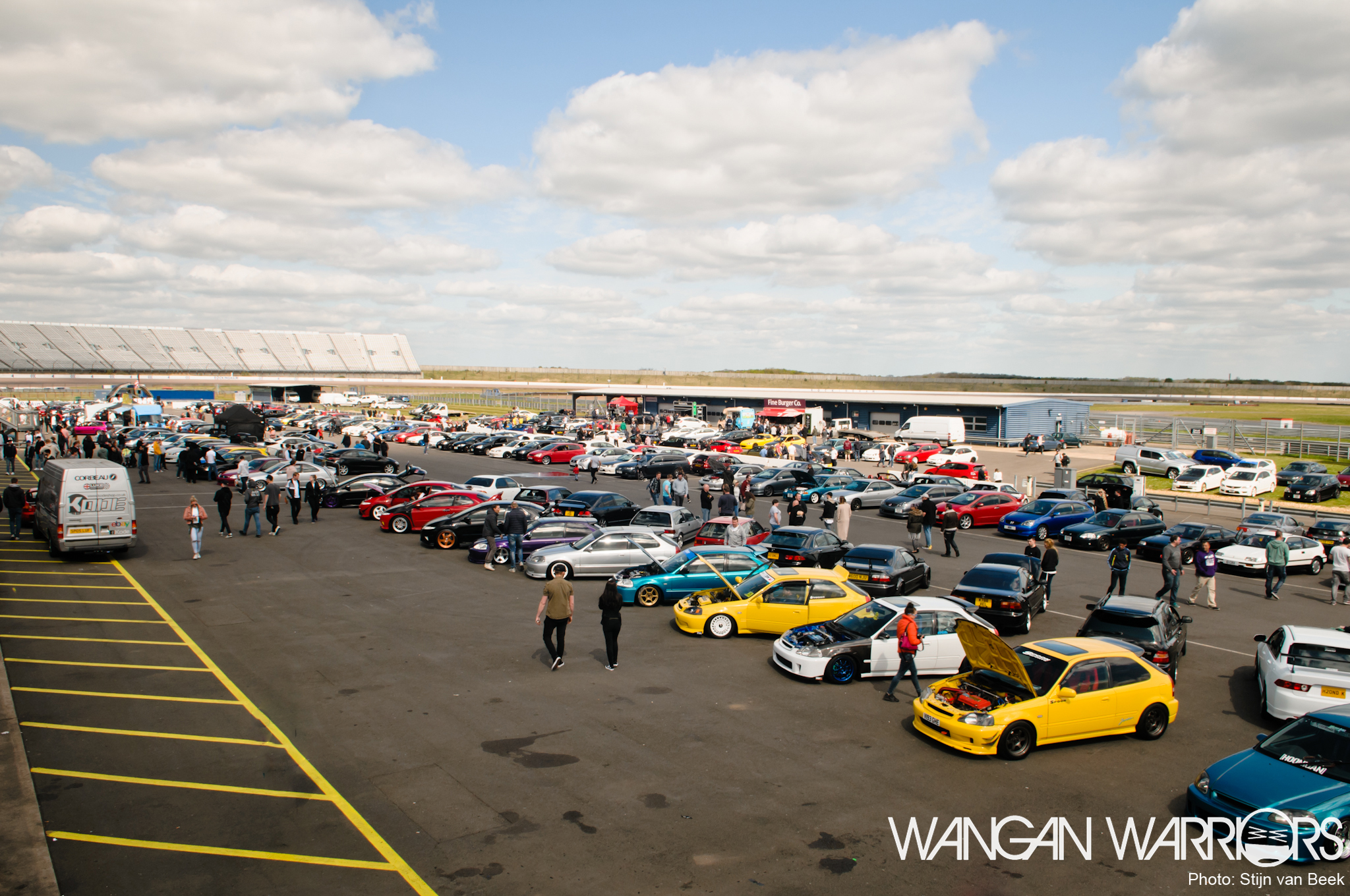 I hope my words and pictures can describe the quality of cars and the great atmosphere during Mimms Honda Day. It was a very nice day with a lot of nice Honda’s and people. At the end of the day my CRX won the prize “best Mimmsprep” wich I am very thankful for. Thanks to Davinder and Pas for organising this amazing day, keep going!

For people living outside the UK and want to visit Mimms; they are planning to organize a Mimms Honda Day in Belgium around October. Check their Facebook page for upcoming information about this event! 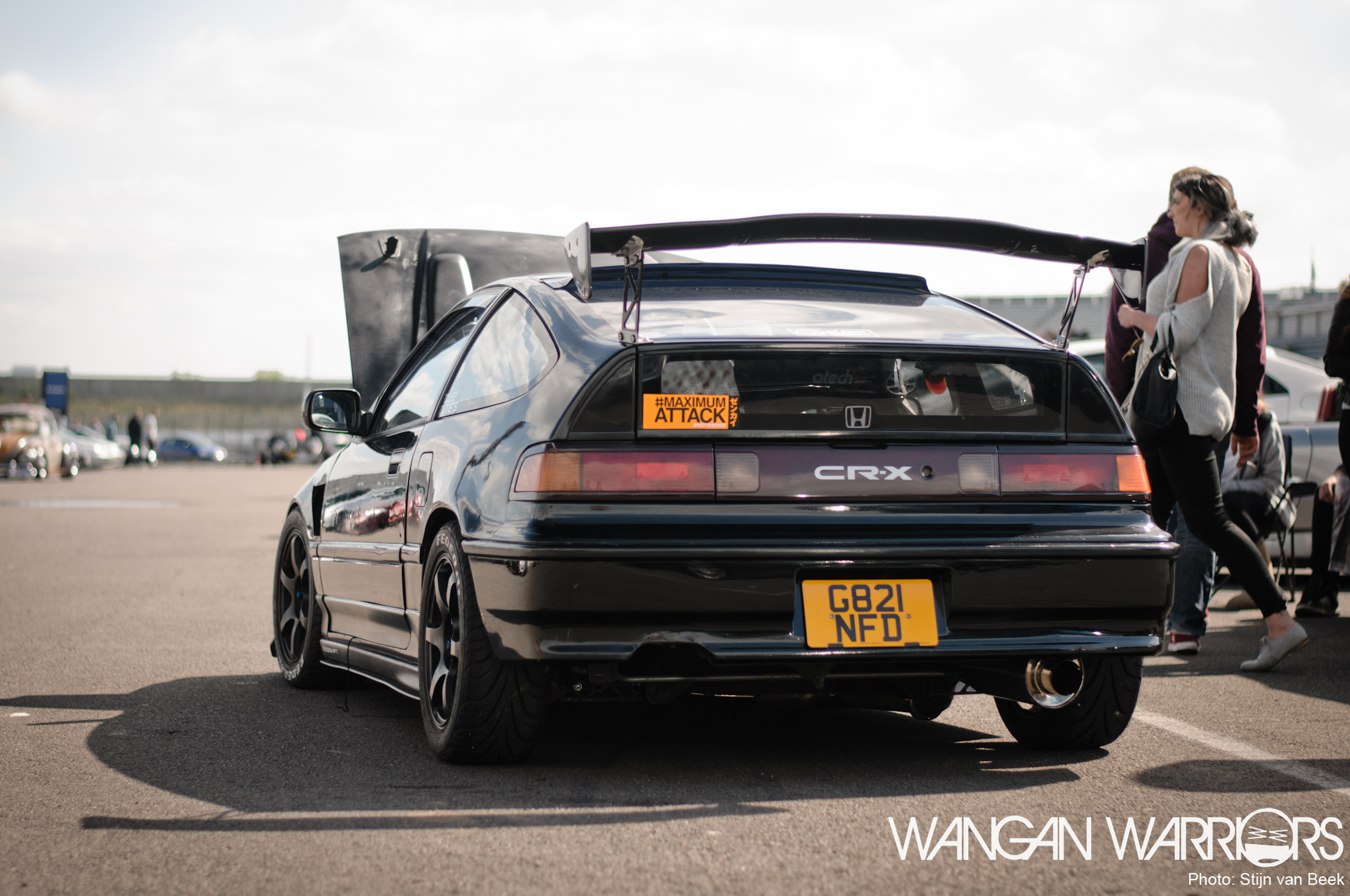 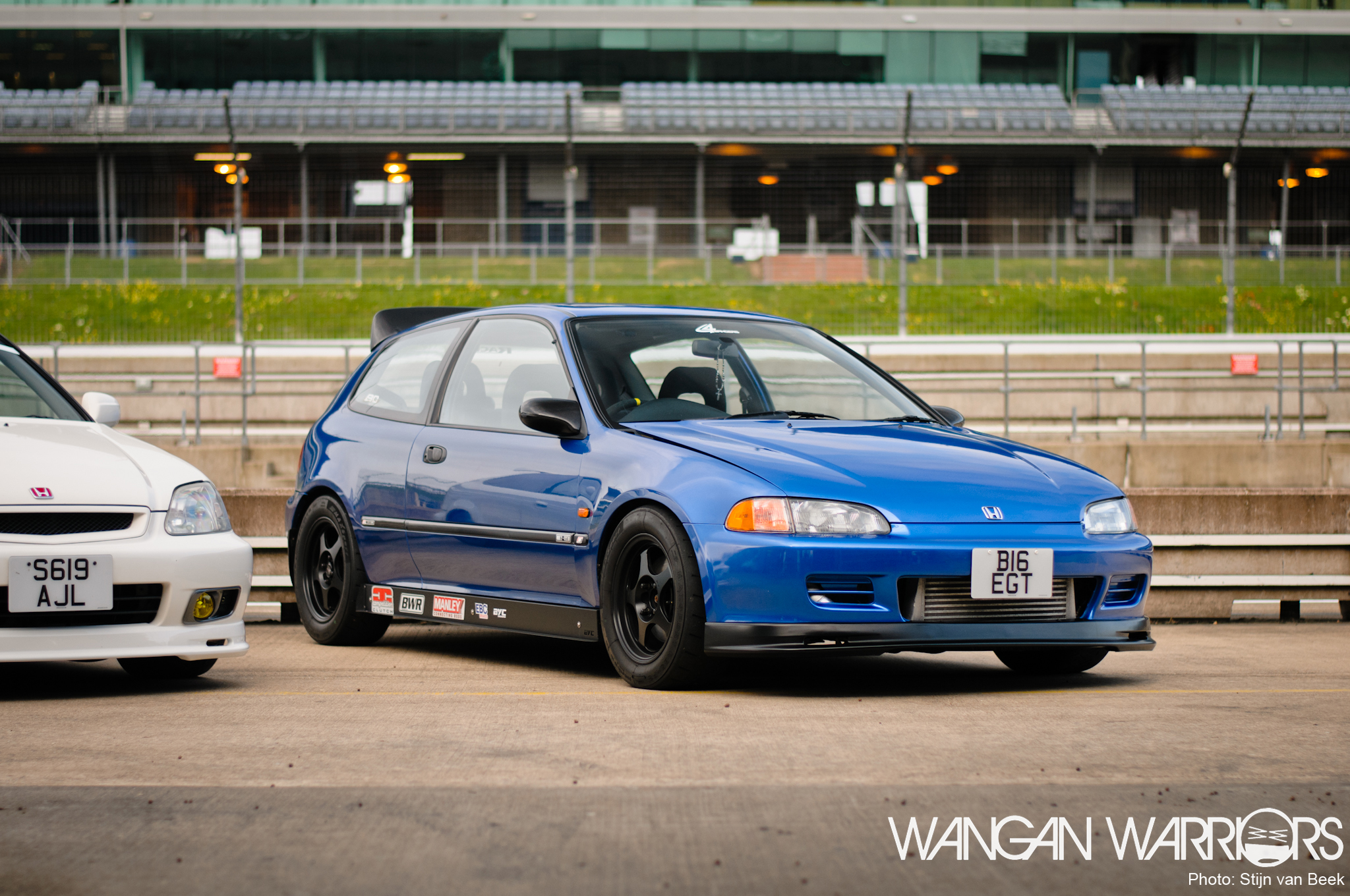 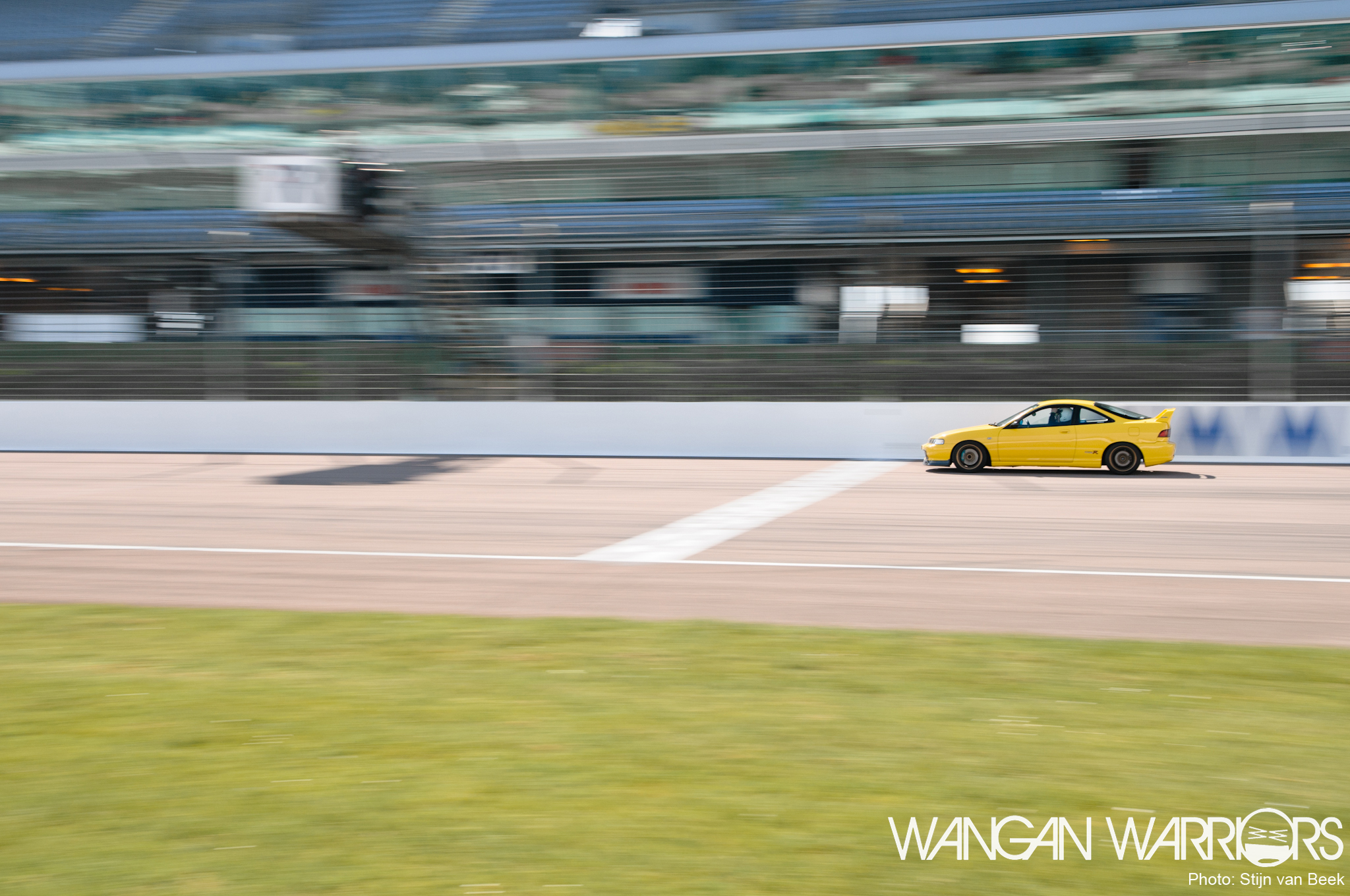 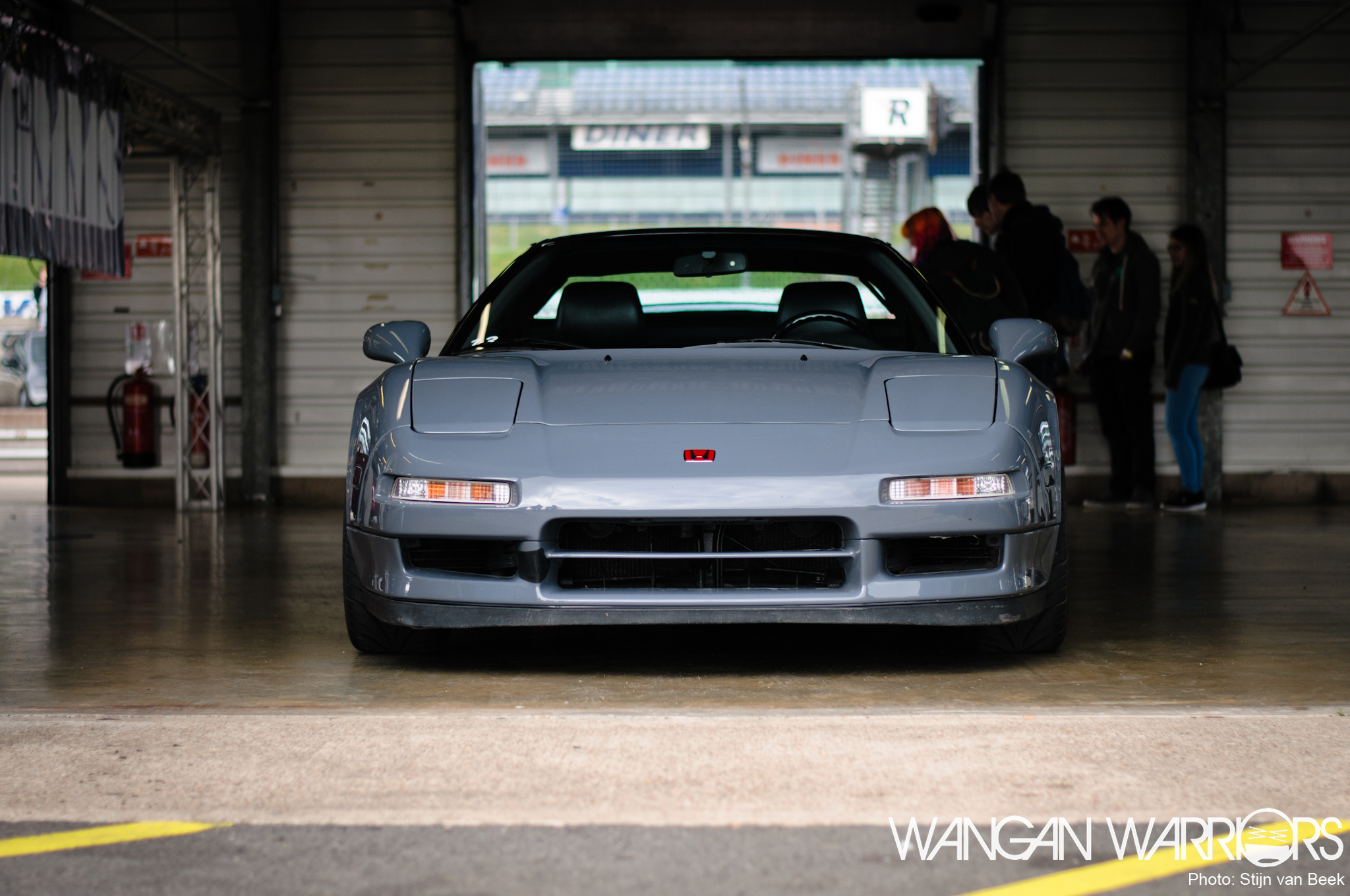 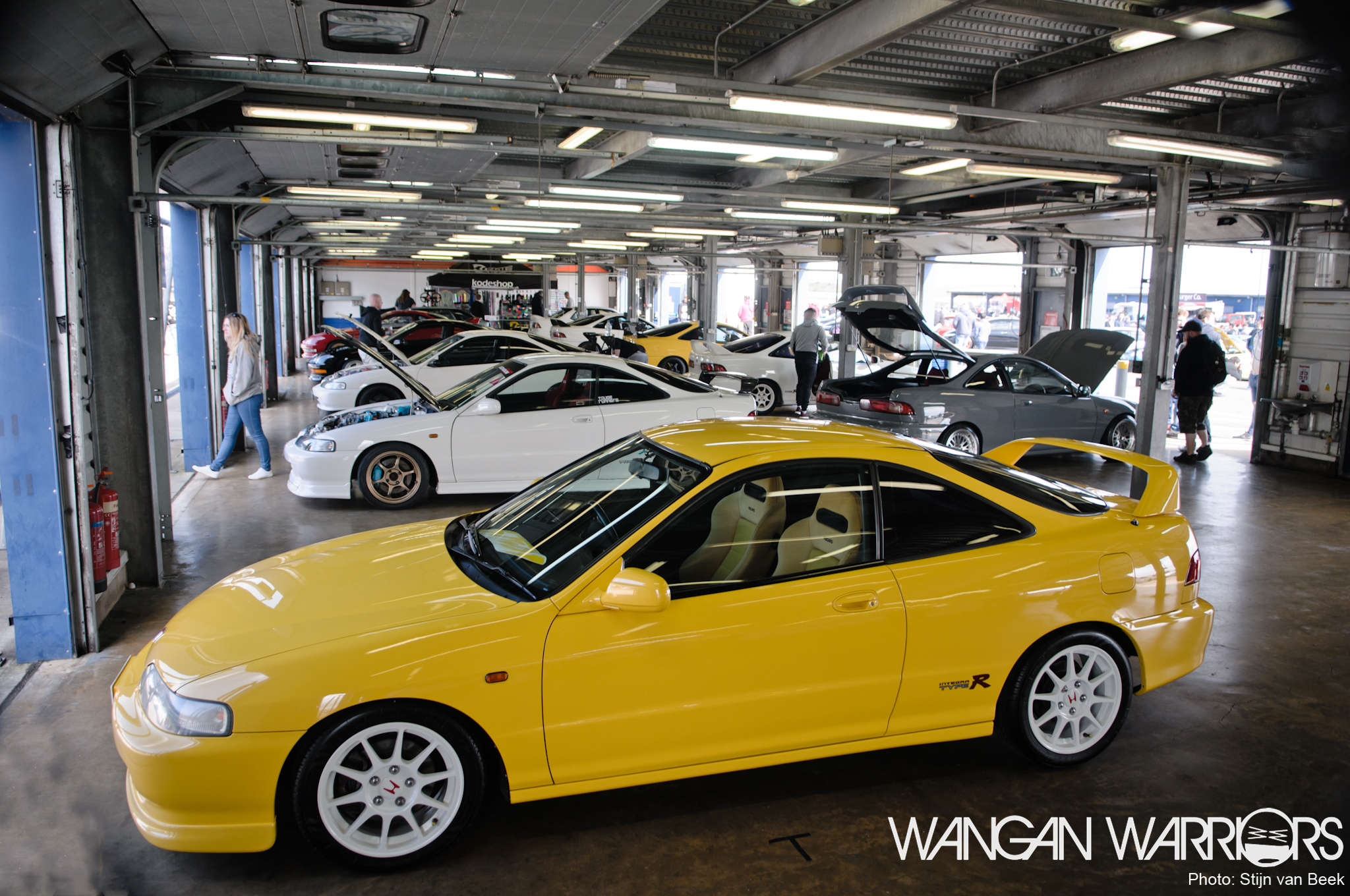 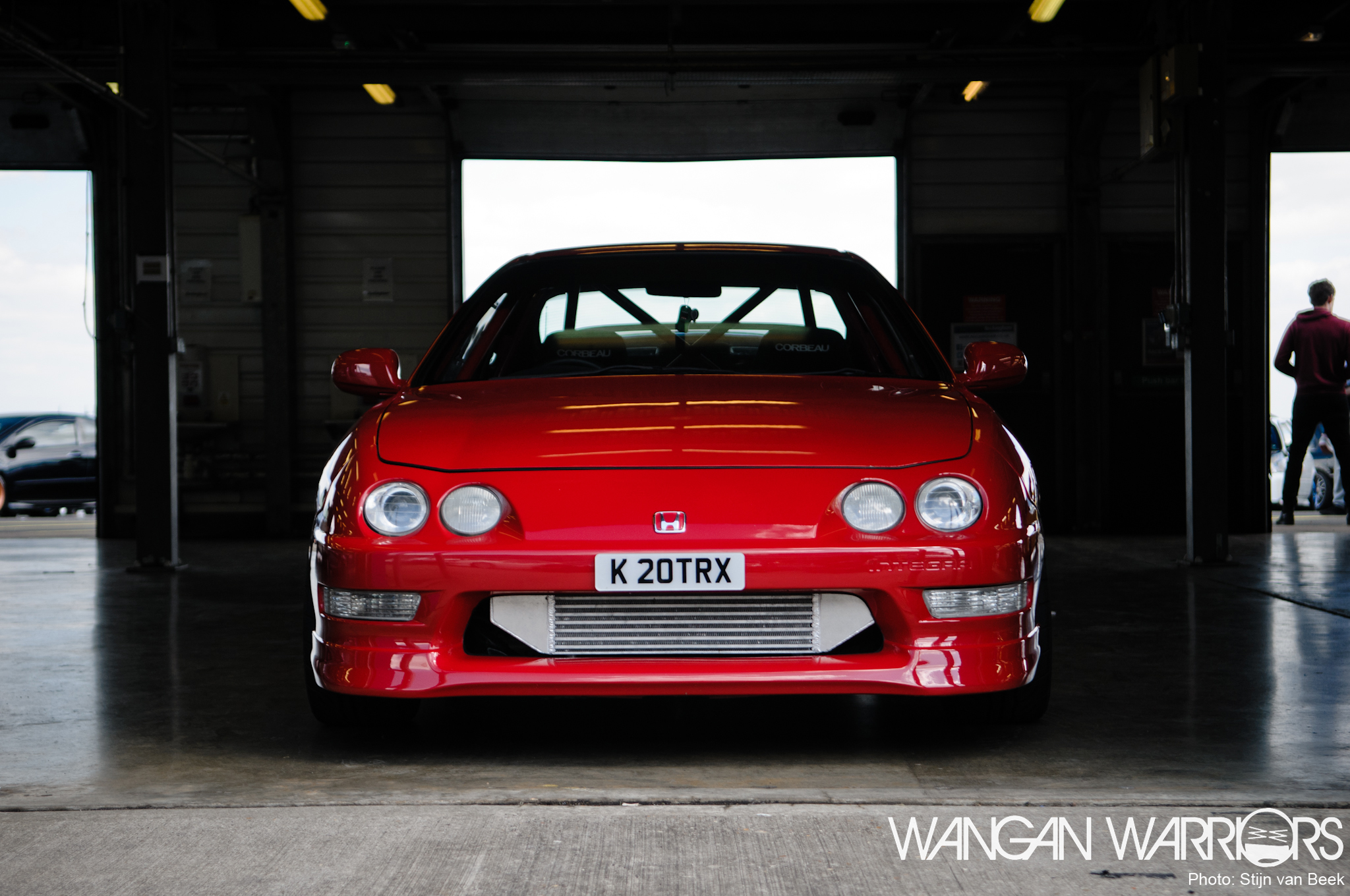 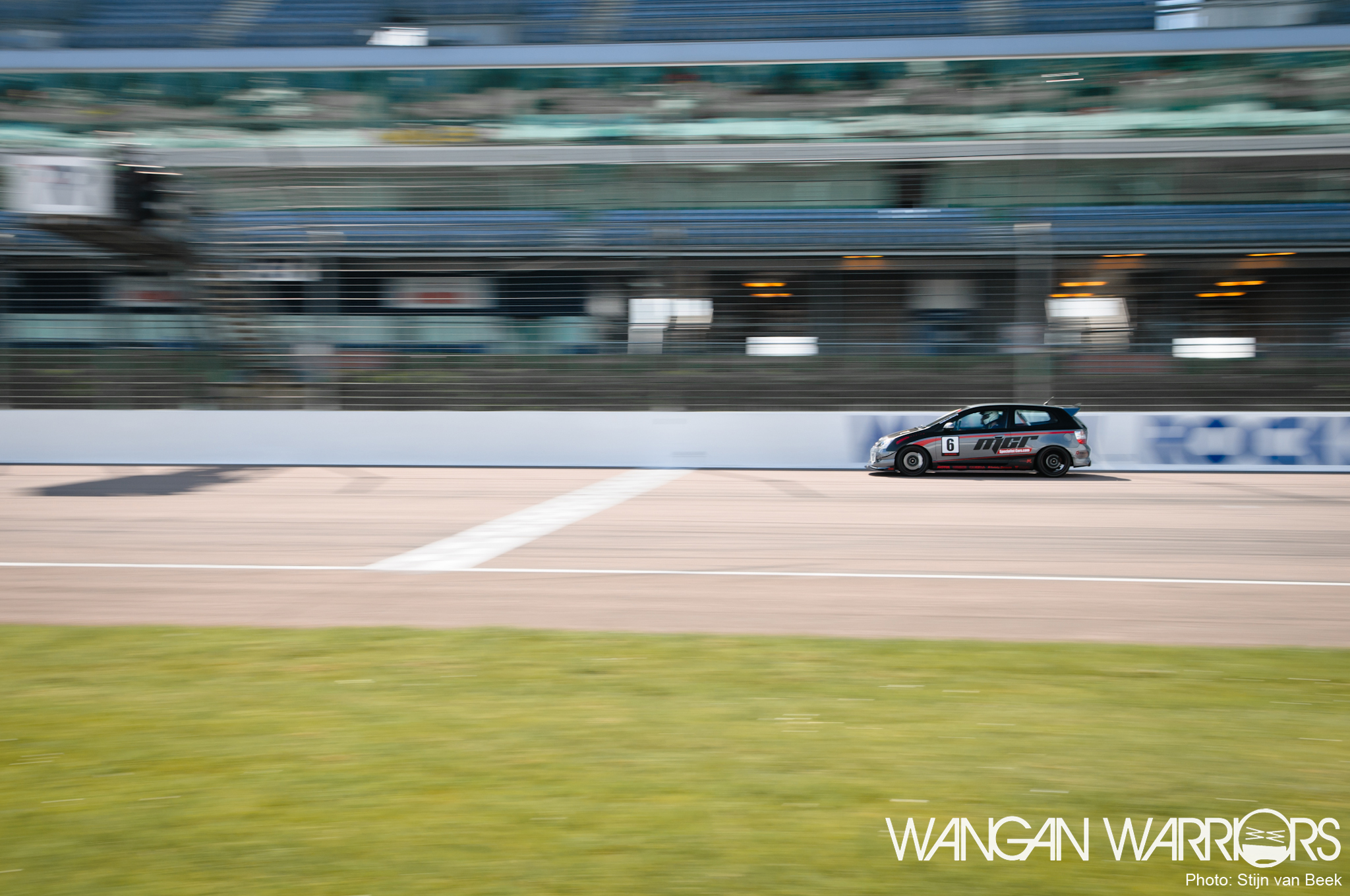 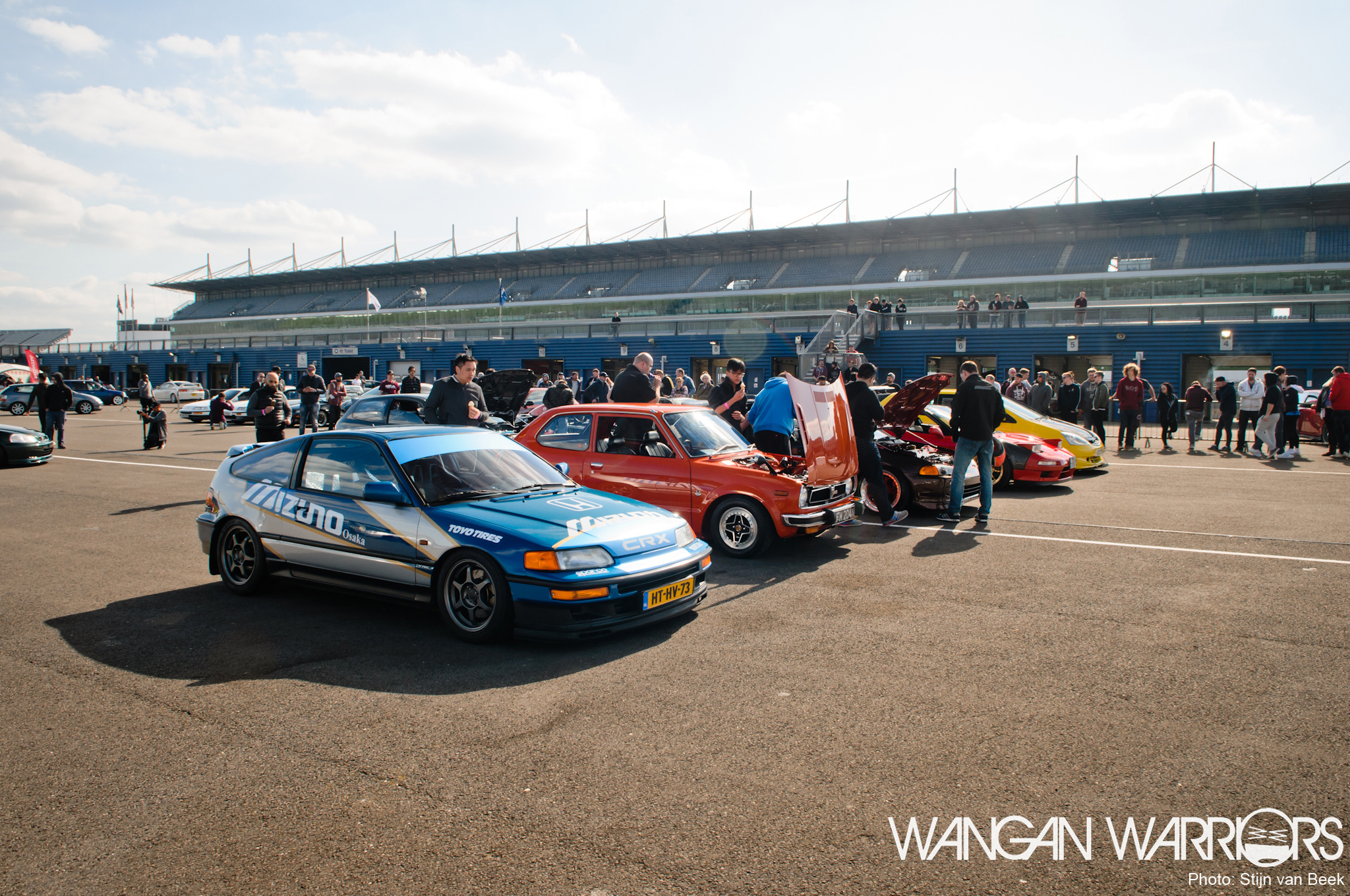