This is one of those cars… you like it or you find it hideous. If you follow the Dutch Time Attack championship, this car should be familiar. Insane aerodynamics, flashy colours and always at the top of the leaderboard. But why did he modify it like this, you ask? The owner, Richard Marshall, had a very good reason! 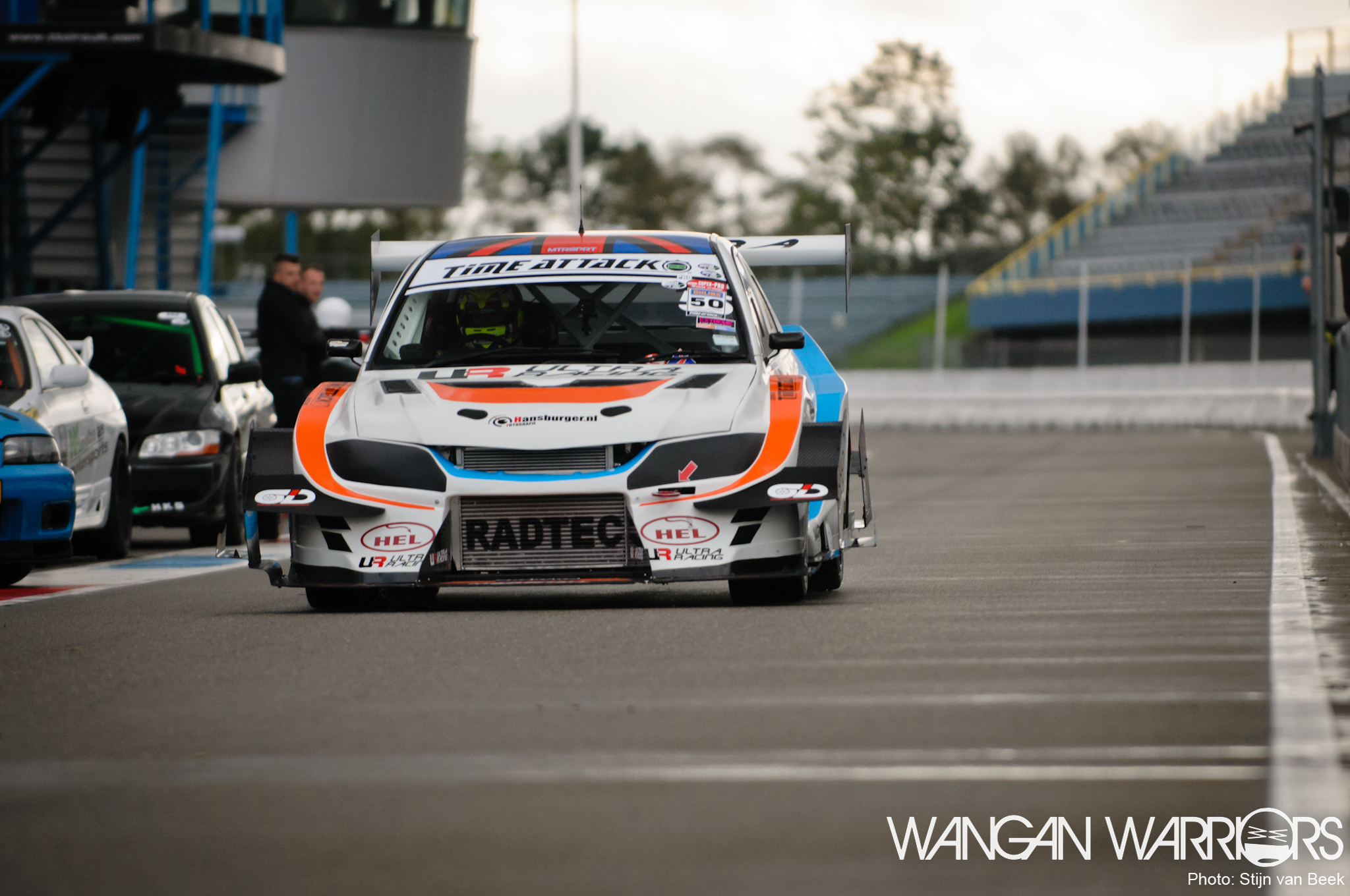 A lot of time, money and development has been spent on this Evo IX to make a time-attack weapon. Bonnet, roof, doors, spoiler; almost everything is made out of carbon fibre to make it as light and durable as possible. It’s been tested during Time Attack events, trackdays and high speed racing and the car is still under construction. 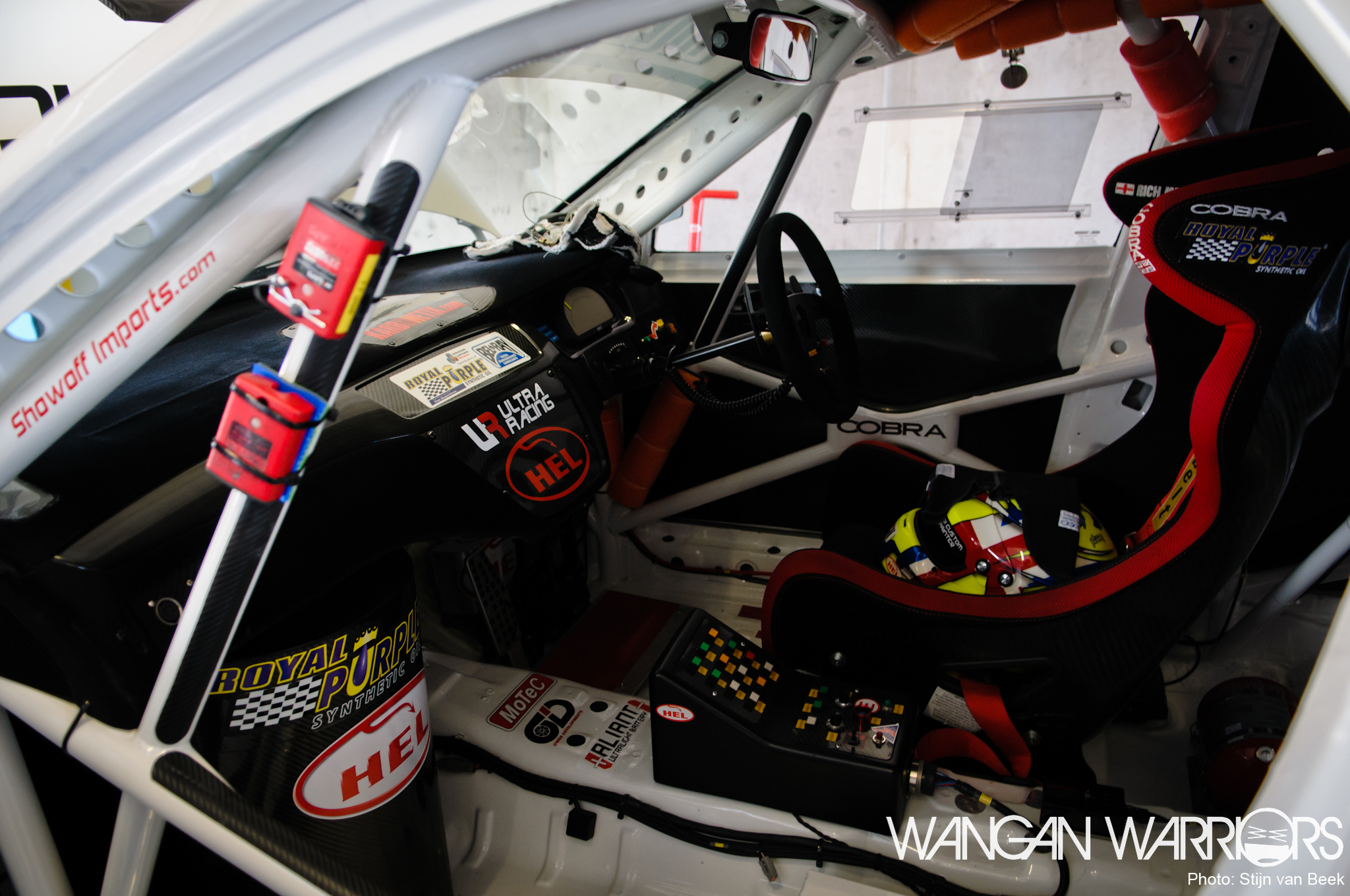 The attention to detail is insanely good. For example the interior; it’s made to make everything accessible for any driver behind the wheel. A great example is the last time attack race of 2016. Richard let a friend drive his car so he would win the championship. After a brief explanation he went out on the track. 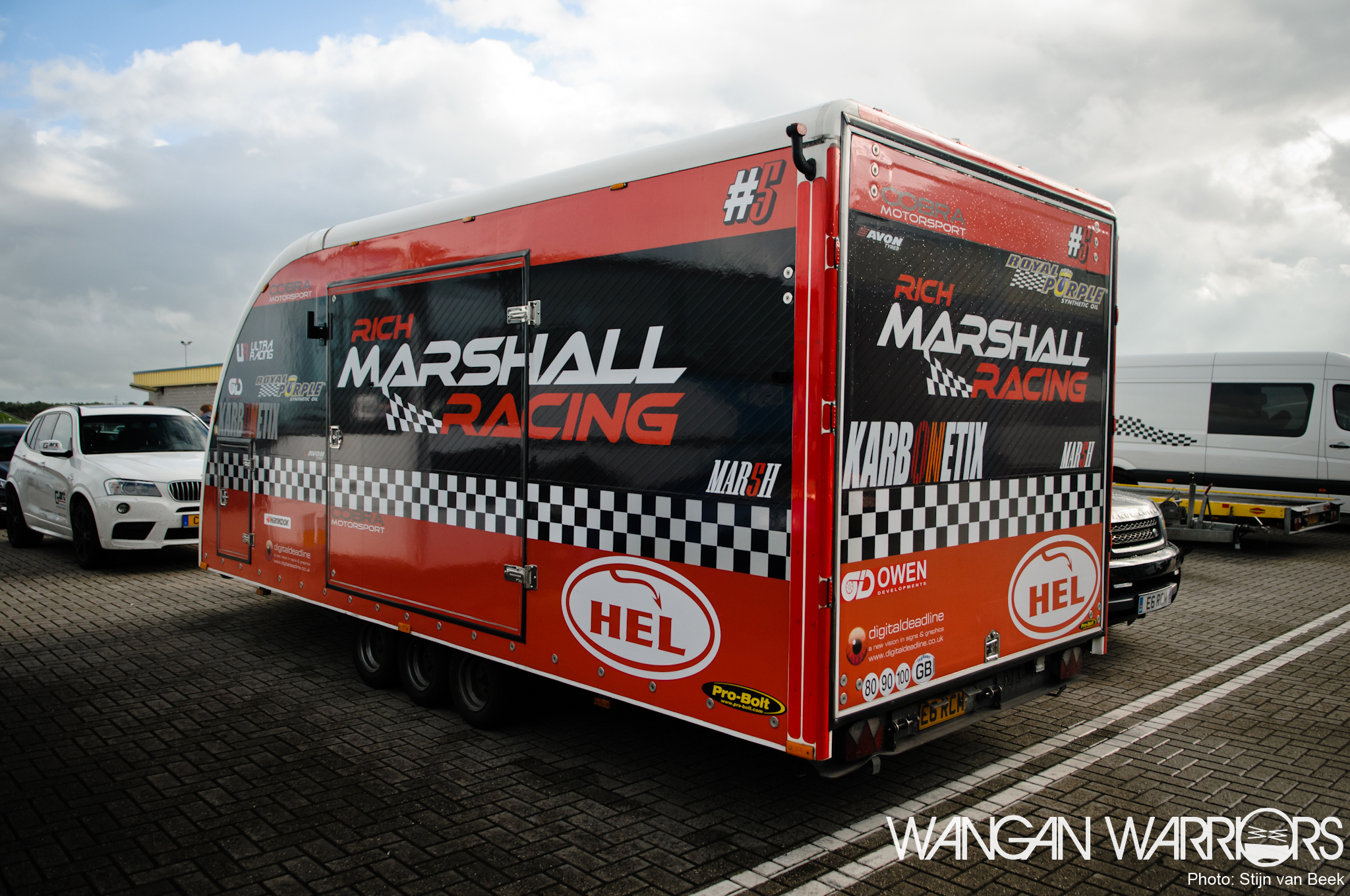 A good race car needs proper tools, facilities and personnel. The car is transported in a closed trailer. The trailer is filled with all the tools you need; tire heaters, set of full slicks and rain slicks, a lot of fuel and a complete tool kit. As assistance, Richard lends personnel from Show Off Imports and to make the team complete his wife joins him on the trip. 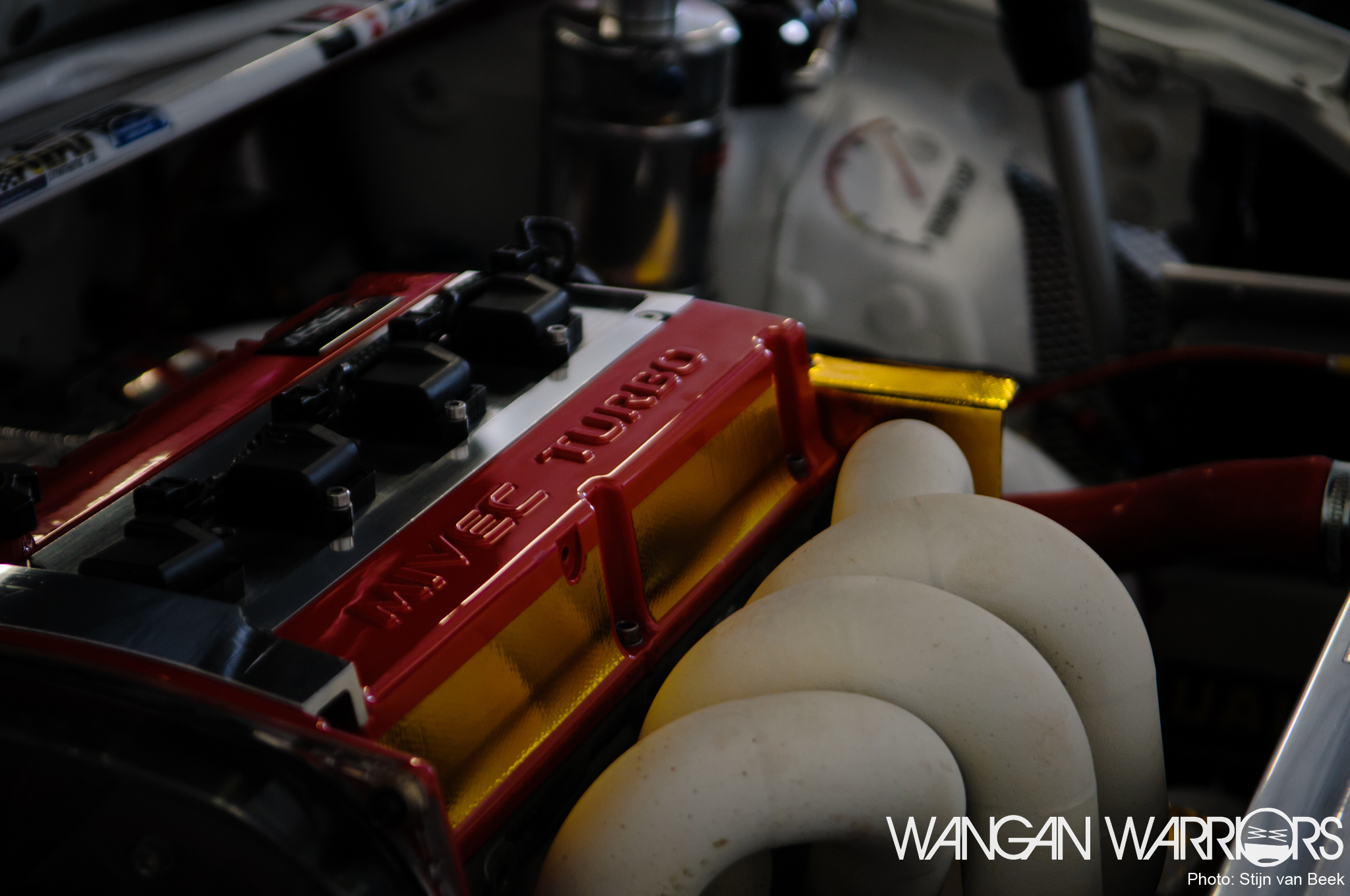 The EVO definitely looks like a real race car, but how about the upgrades underneath the bonnet? Using an Owner built T04-94HTA hybrid turbo on the 2.0L 4G64 engine, which has been fully rebuilt and is rated for over 1100hp. A real eye-catcher is the ceramic covered AMS manifold that exudes the real power! 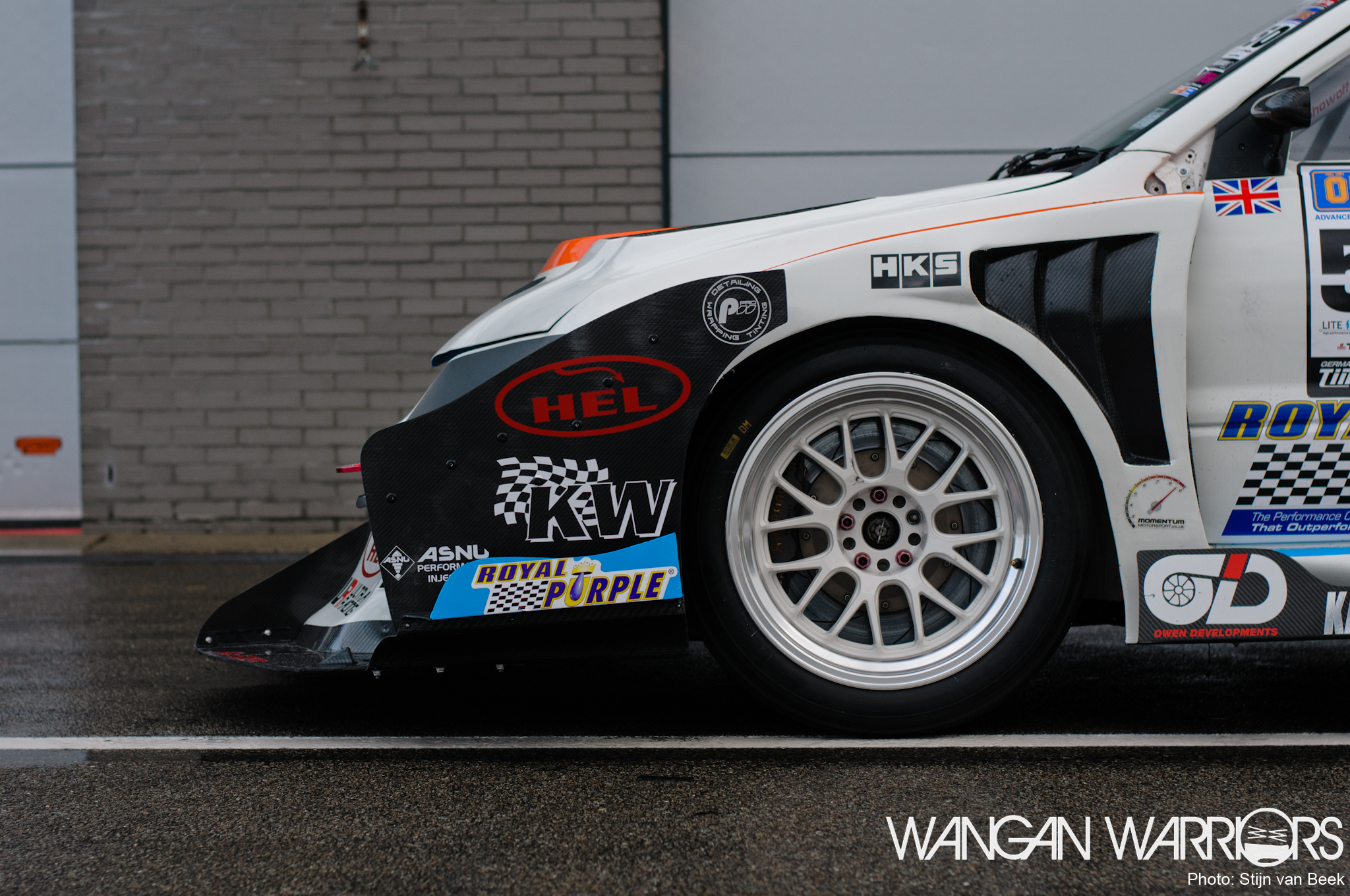 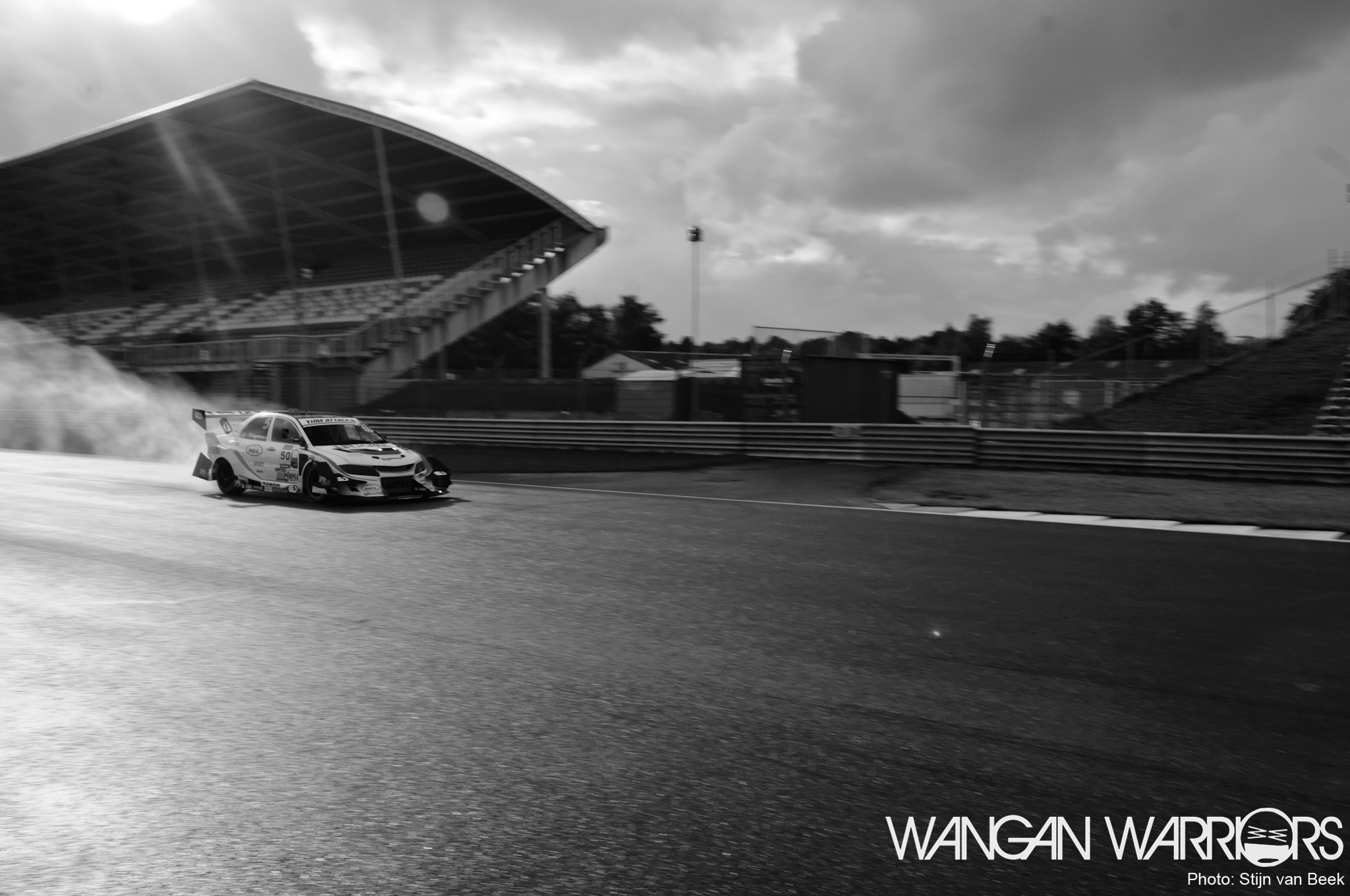 Developing such a race-car comes with some ups and downs. After one season of testing with this aerokit Richard decided to sell the kit and postpone his Pikes-dream. His car has to be perfect! This year the car is getting a new transformation, again.

After seeing this amazing project I’m really excited to see the next step. How extreme is it going to be? Make sure you follow this Richard Marshall Racing project! 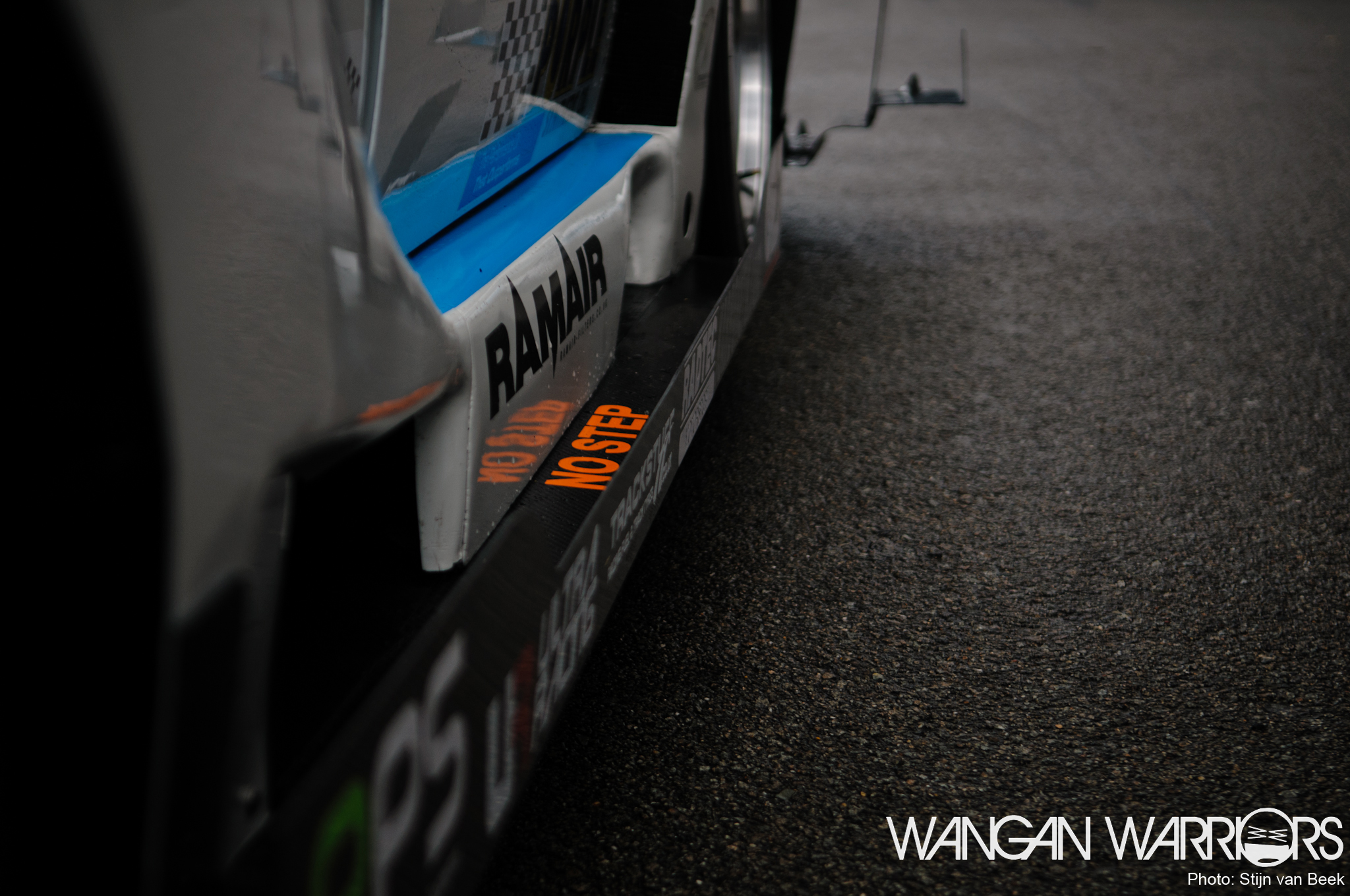 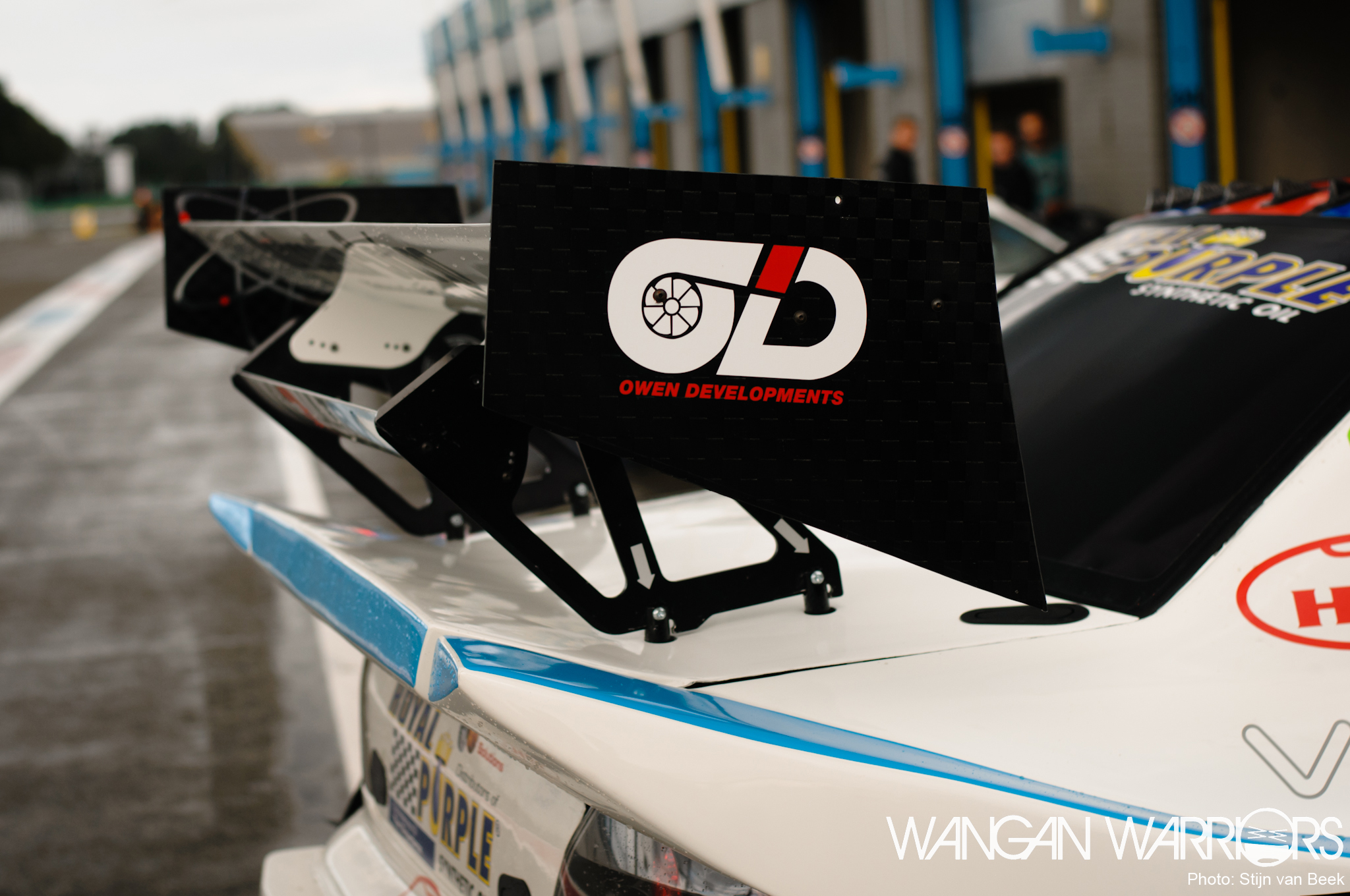 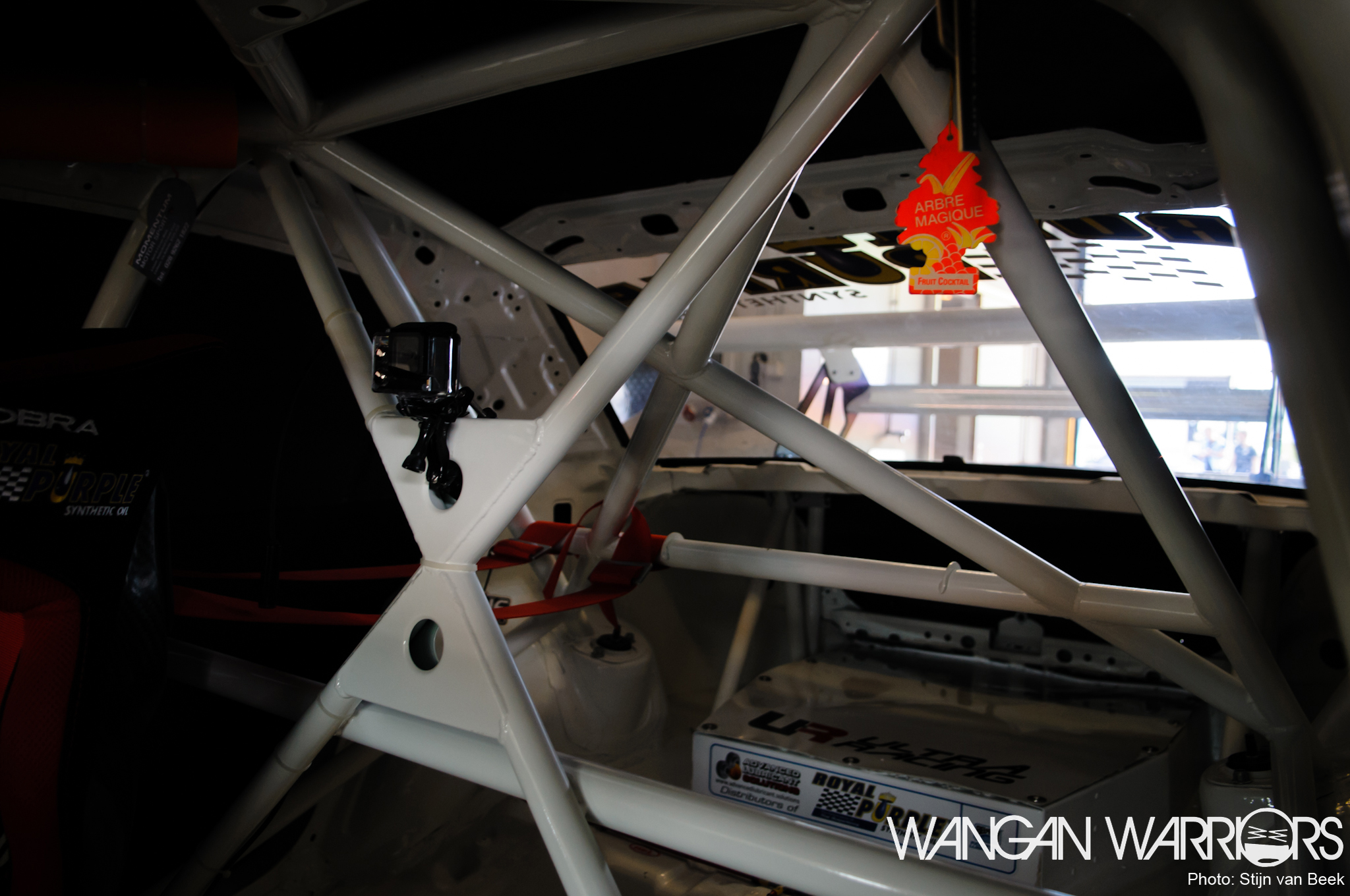 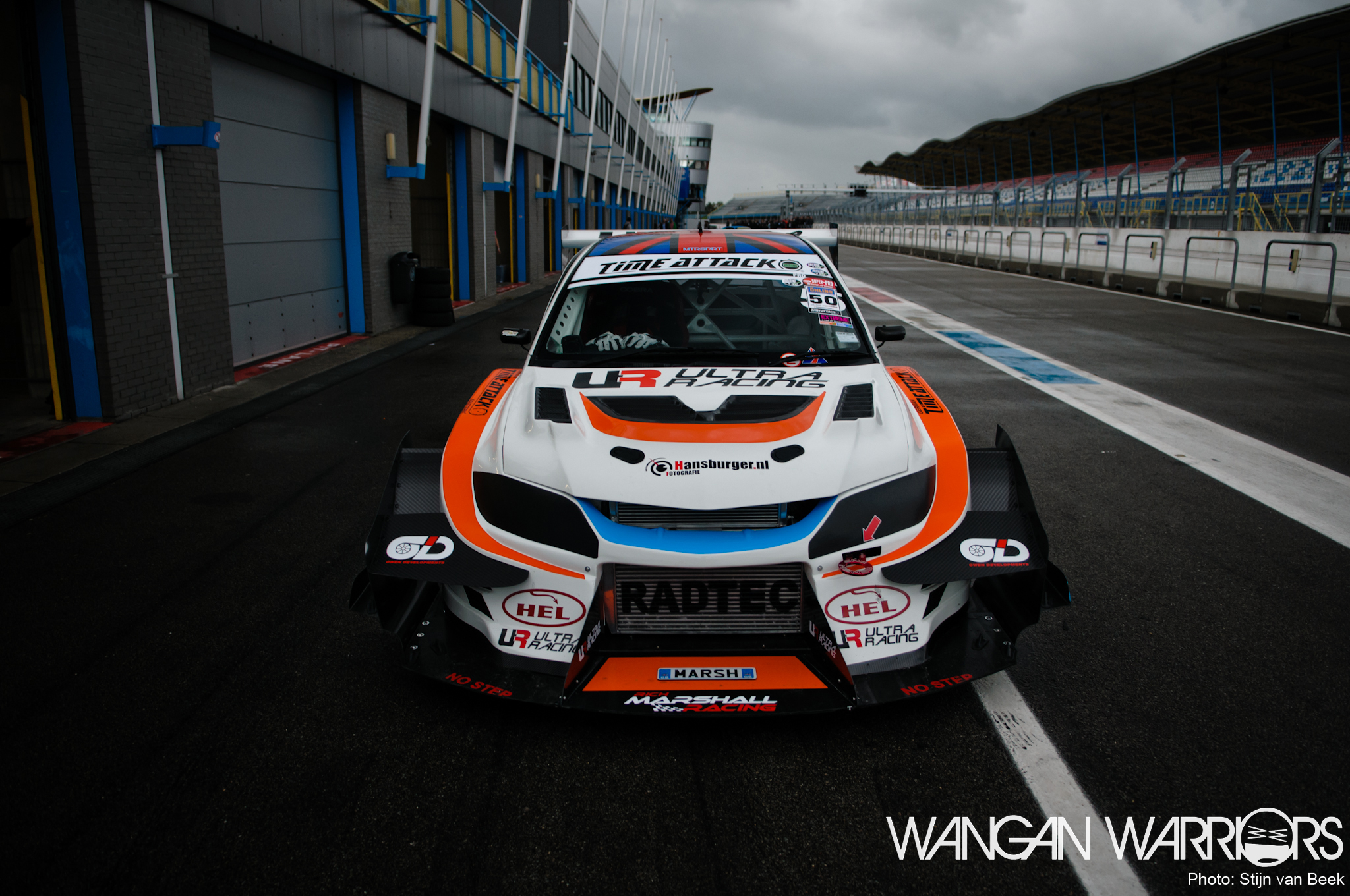 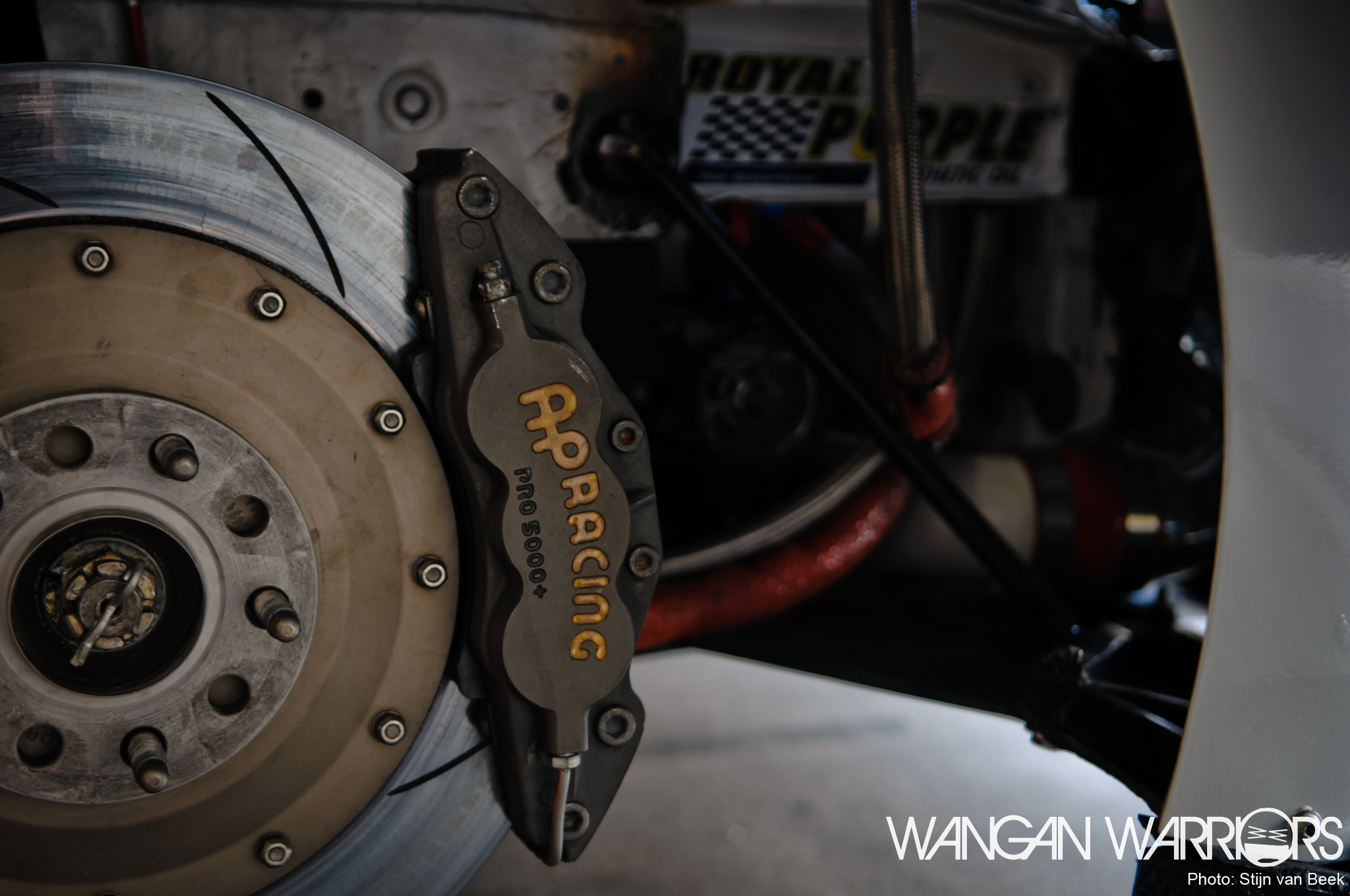 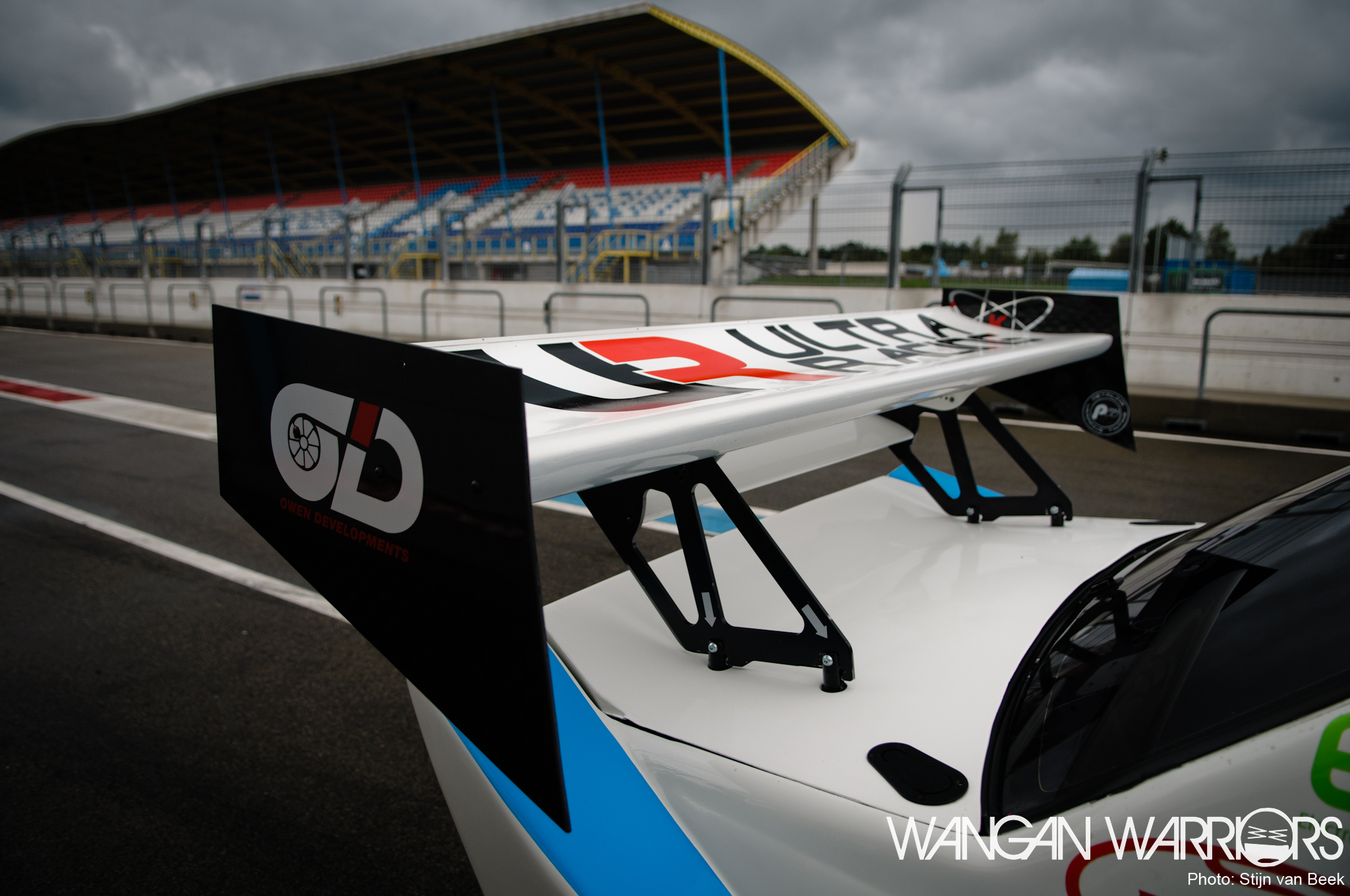