One week from now, around the time of writing, on monday the 6th of april, the winner of the first round of the Nürburgring Drift Cup 2015 is crowned. With so little time left for the kickoff of my 2015 automotive season I decided to reflect a bit on the 2014 championship, because by now it shouldn’t be a surprise that the NDC and drifting in particular are meaning something to me. 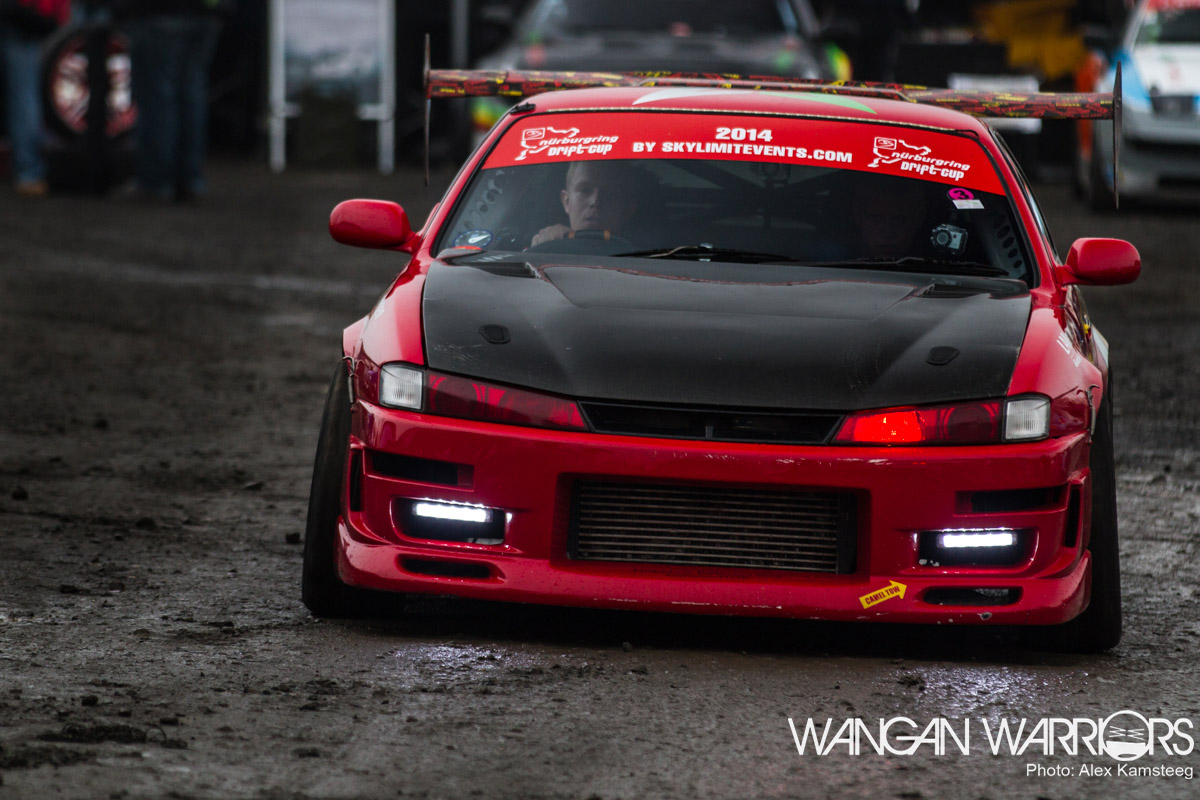 A few years ago I started shooting the Dutch national drift competition, the NL Drift Series. It was the first series I actively followed, and for a few years I shot every championship round, demo or training day they had. But unfortunately, for several reasons, I had to drop out. The constantly changing calendar, for example, caused scheduling conflicts with other obligations, like our own Wangan Warriors events or the Dutch Time Attack series I also started following. 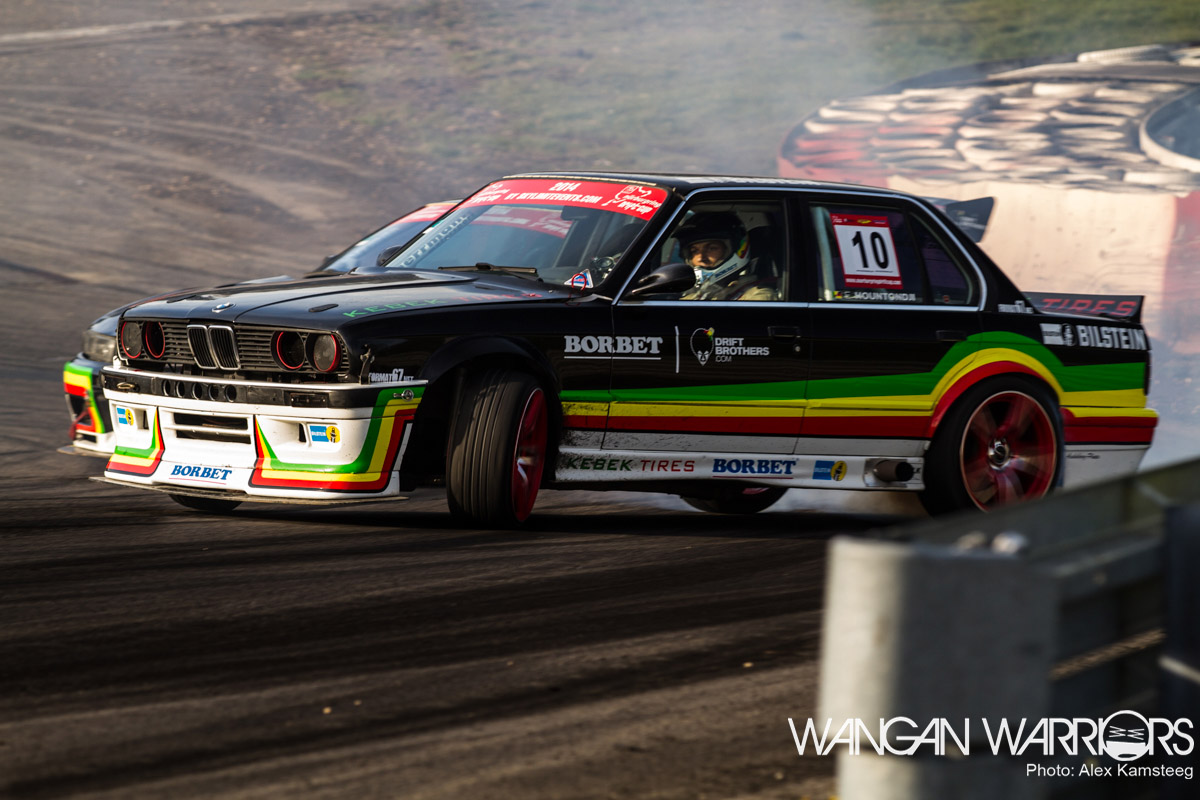 It got so bad that in 2013 I only went to one single serious drifting event. Unfortunately I saw no way of improving that situation, the NL Drift Series calendar for 2014 was very much an uncertain work-in-progress and moving to foreign series like the British Drift Championship, would be very expensive and hard to combine with my regular job. 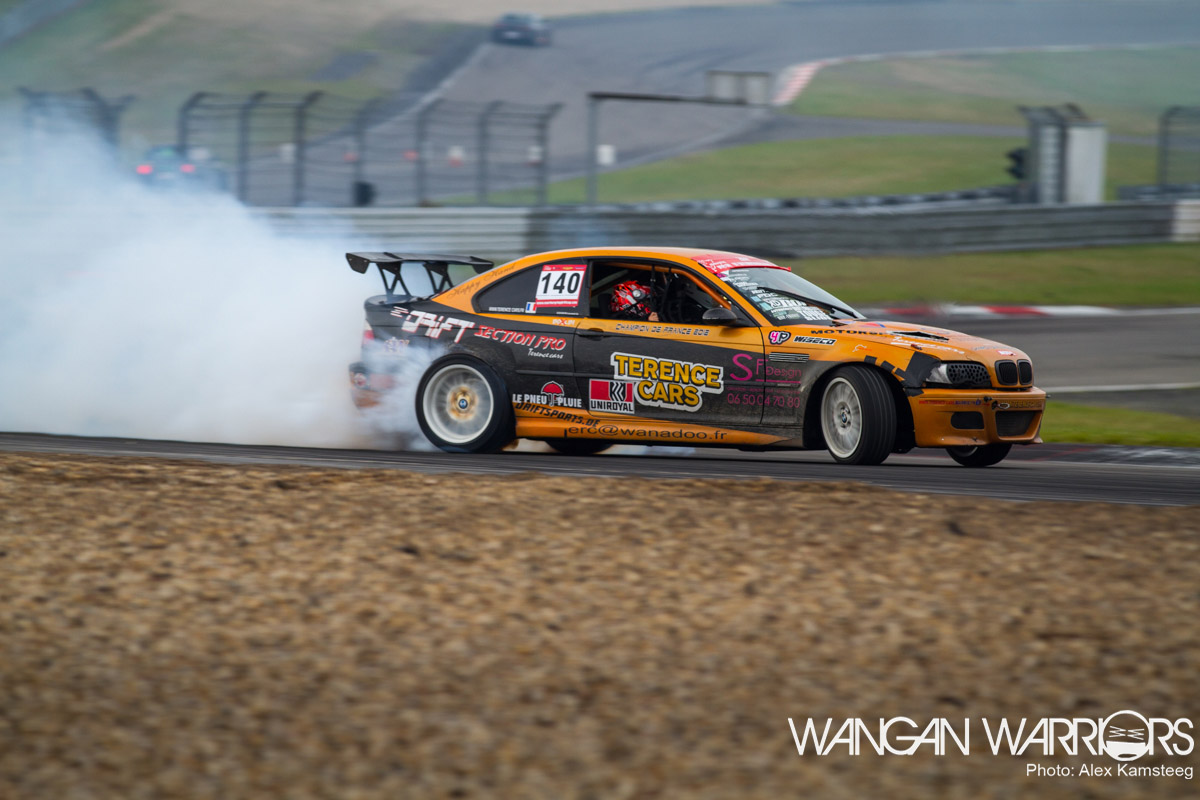 But then my fellow crew member Maurice visited the NDC 2013. Back then it was only a single round, but when Andy Jaenen, the commander-in-chief of the NDC, announced a whole season of four rounds for 2014 I decided I had to go there for the first round. 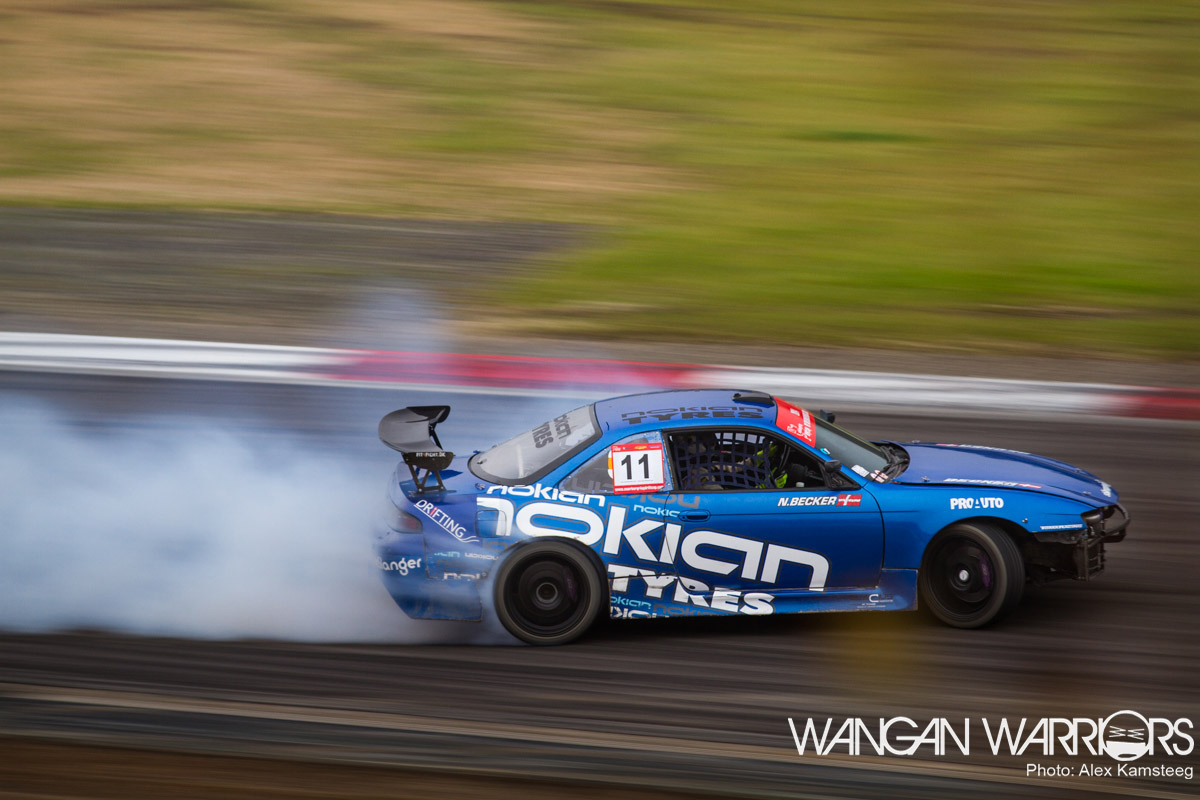 And well, I did. And not just for the first round, I also went to the second, third and finally to the fourth and last round with Rens. I just kept coming back, with planning for the next trip starting directly after I arrived back home. 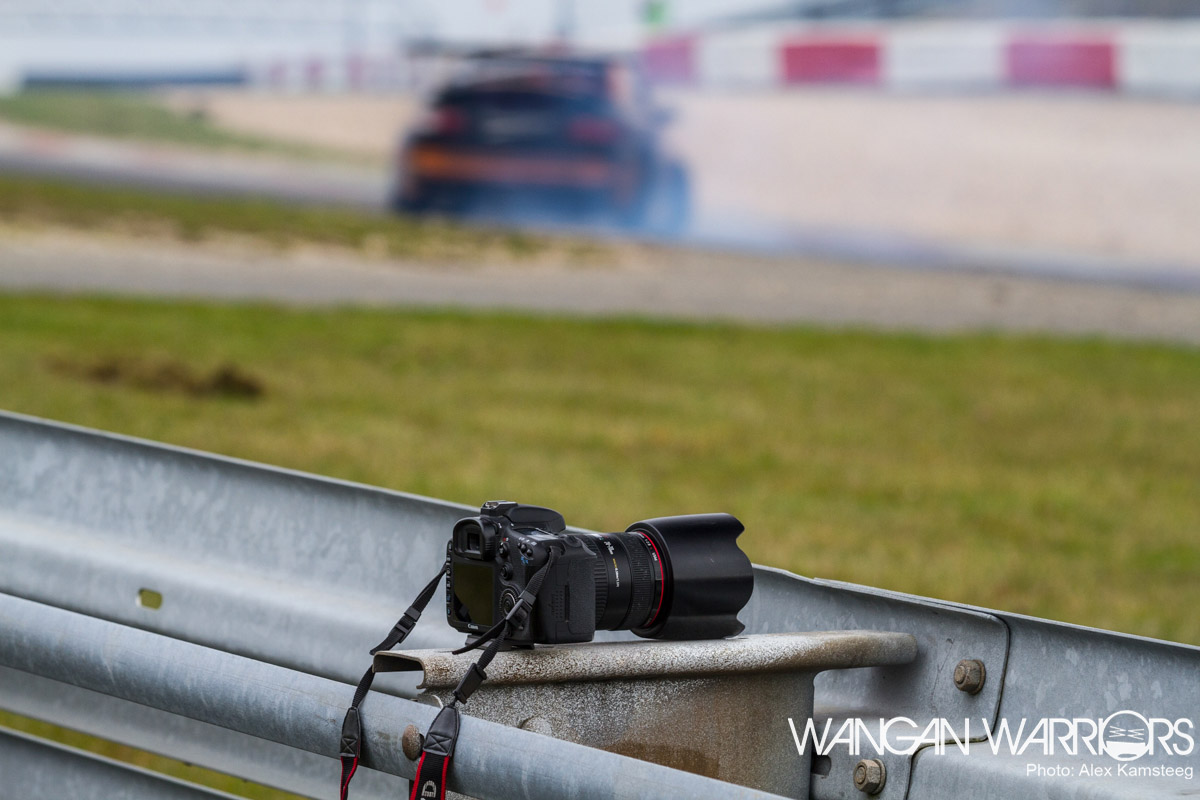 Traveling to Germany for four championship rounds of the same series isn’t something I would do if I didn’t like it. One of the benefits of Wangan Warriors is the great editorial freedom Rens grants us and frankly, we exploit that to the fullest. We don’t do things we don’t like. So, with less than a week left for the first round of the 2015 season I started thinking about the NDC. Why do I keep coming back? Or better yet, why do we keep coming back? 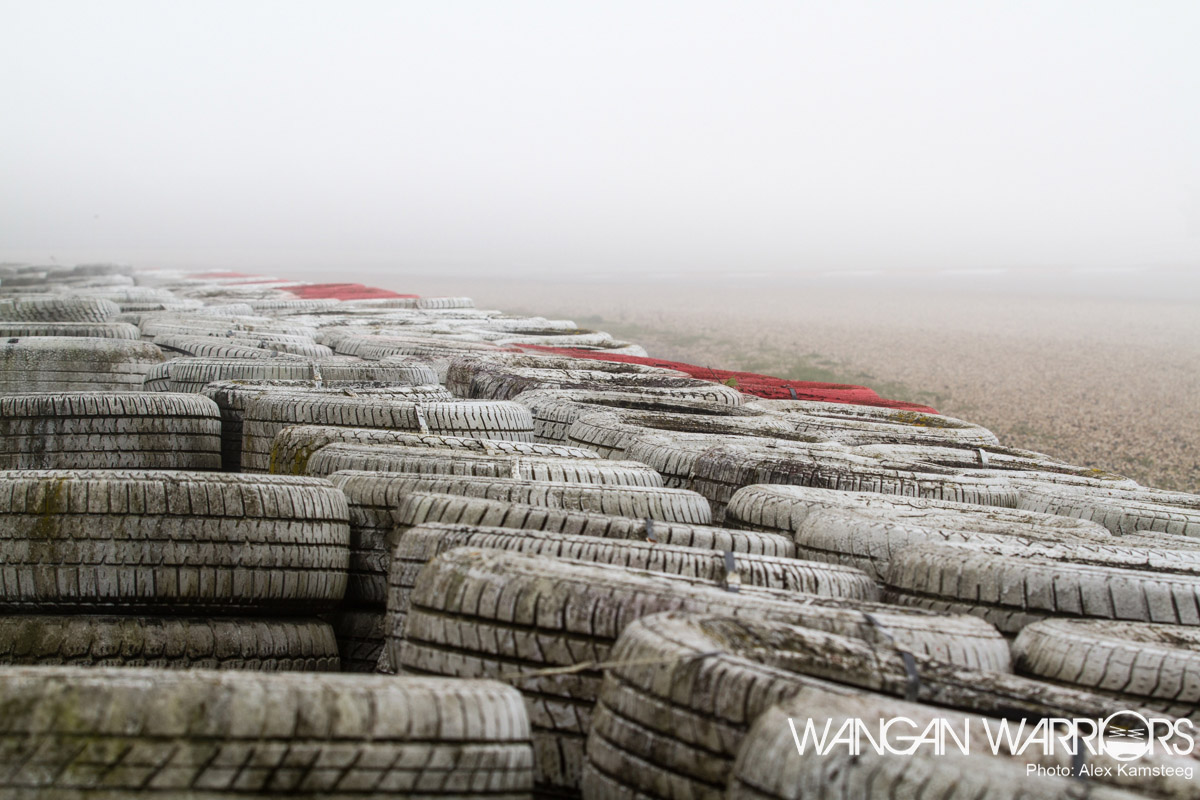 It certainly isn’t the beautiful weather. More than once we were surprised by sudden heavy rain, other times everyone packed for the predicted cold weather which turned out to be quite the opposite. Fog is closely associated with the NDC too, “what the fog!” is often heard when the track is closed and we fotogs can’t see each other from even a few metres away despite wearing bright green vests. 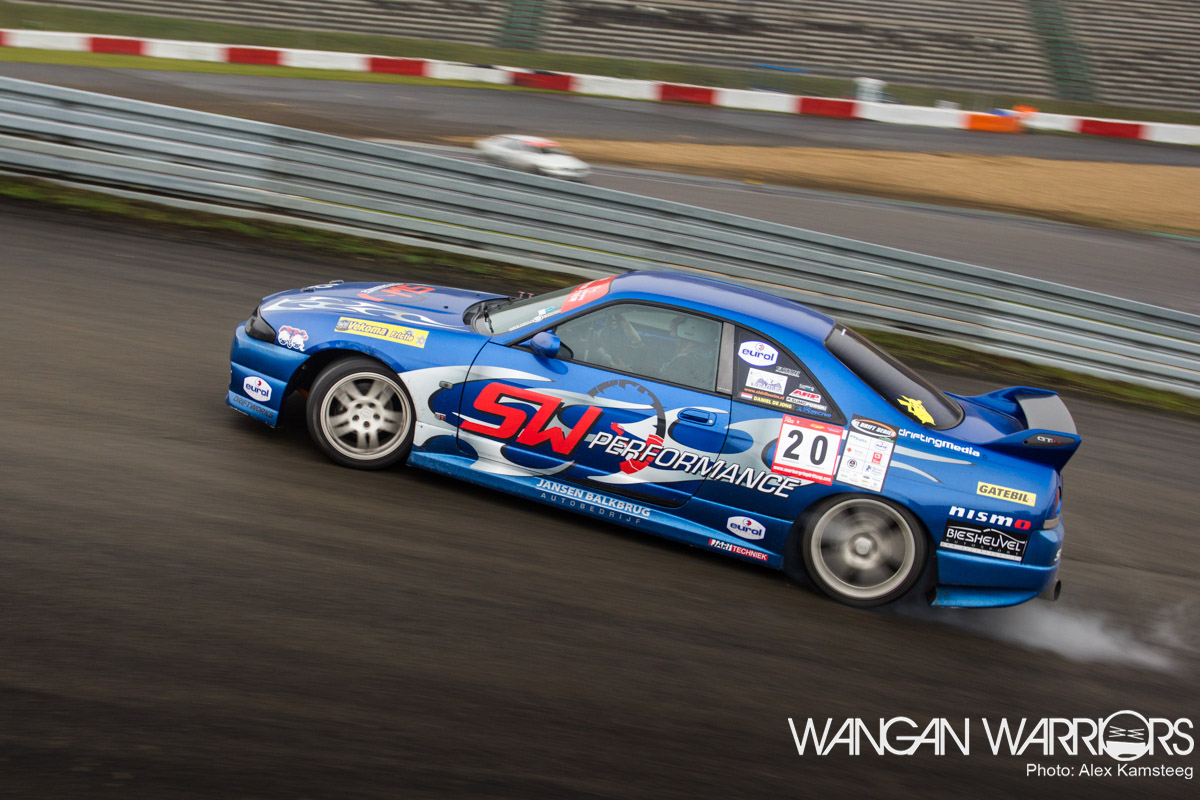 How about the cars? Last year I wrote something about the very diverse competitors field and a look at the current list of over 85 contenders for the first round again reveals a wide variety of cars. Everything from both old and new BMW’s to JZX100’s to giant Mercedes saloons, mixed up with tiny Miata’s, Z’s and of course a wide variety of Skylines and SX’s. 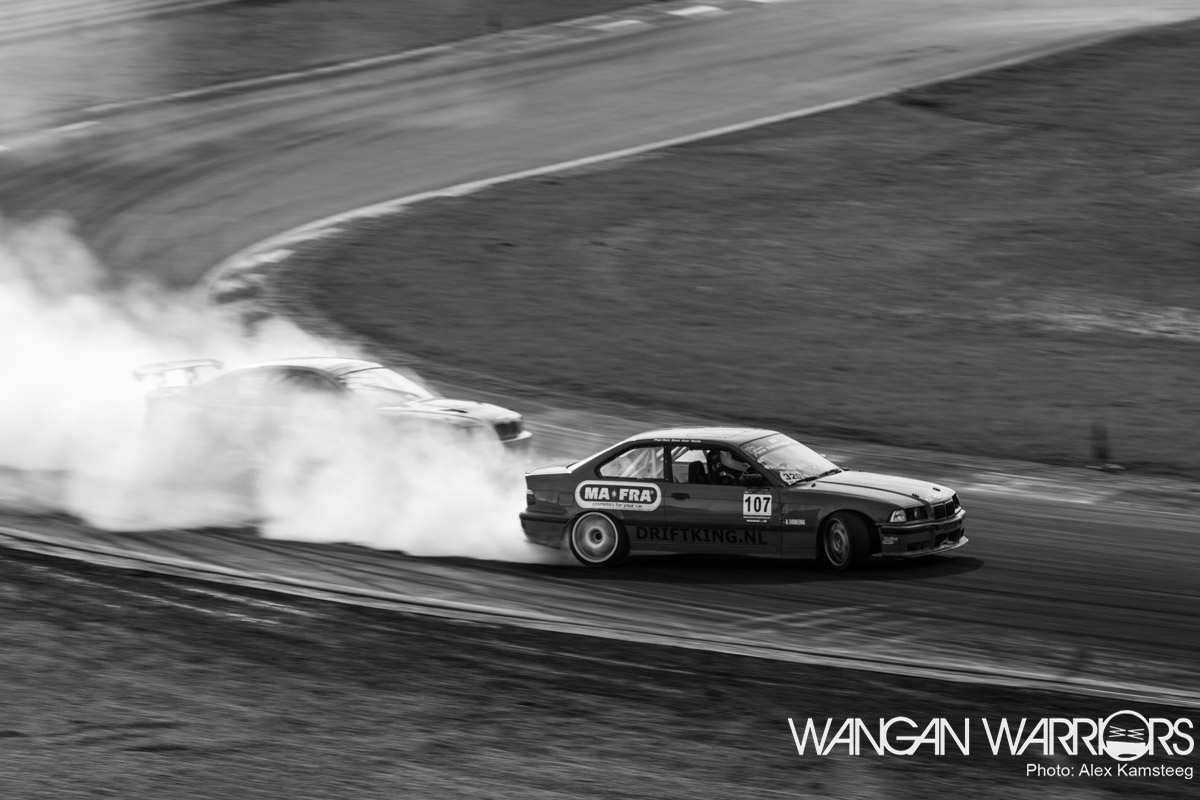 Maybe it’s the track. On first sight it looks like a simple drift track. Wide, plenty of room to build speed and not a lot of corners. However, the devil is in the details. It’s not a track which favours certain types of cars. Of course, big horsepower numbers help. Especially with the uphil section in Little Monaco. But make no mistake, I’ve seen tiny low-powered cars win battles from their stronger opponents just because even the slightest mistake ruins a run. But even without making a single mistake, driving the fastest car doesn’t automatically mean you win. It’s a tricky but exciting track, no doubt about that. 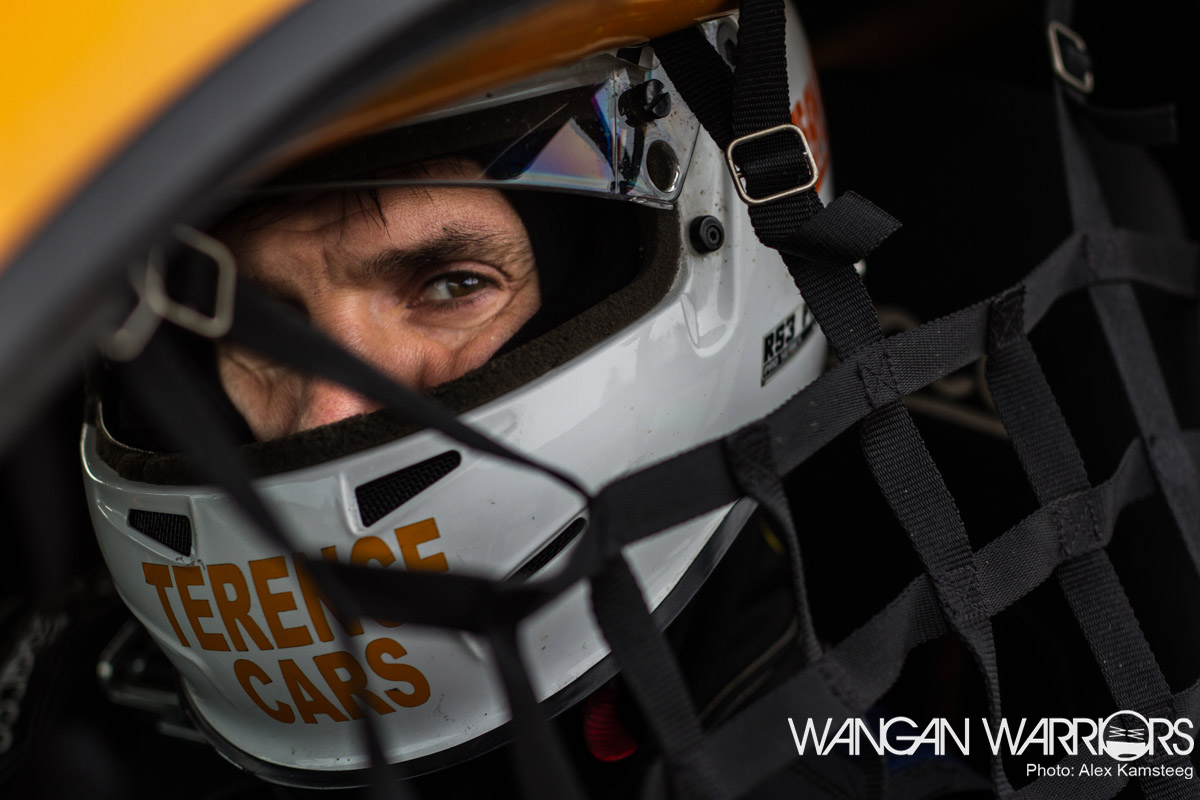 Those things are certainly an invaluable part of the NDC but if you’d ask me what really makes the events so great I would answer, “the people!” Is that surprising? 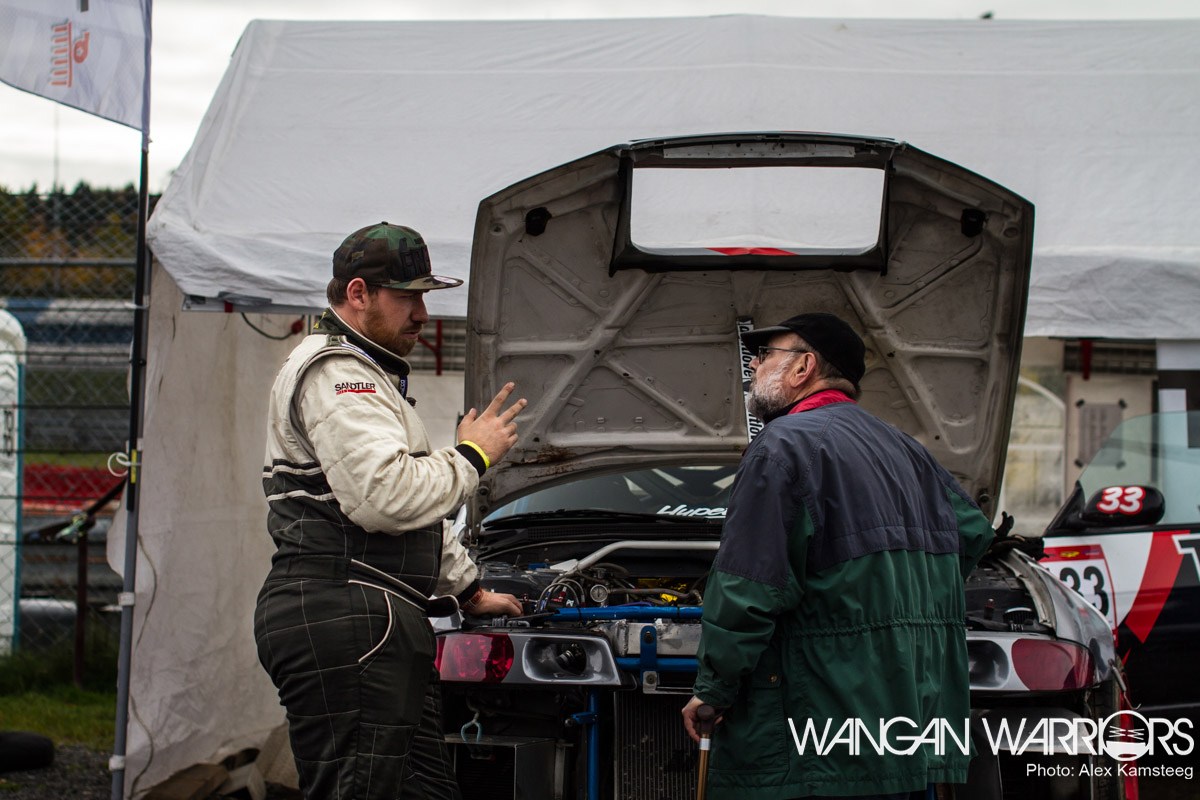 I always considered the people a key part of my automotive. I wrote about it before, multiple times even. And the people at the NDC agree with me. Every single person I talked to at those four rounds last year said something positive about the great people and atmosphere at the events. 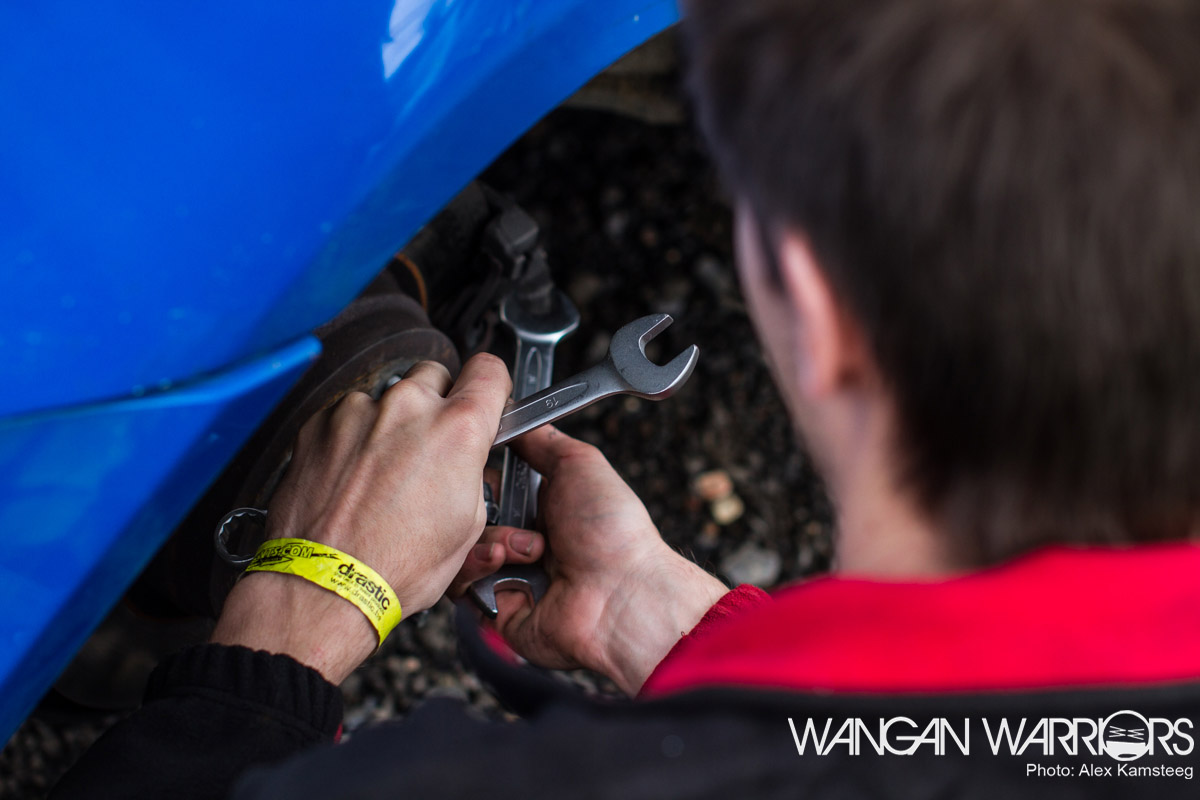 Of course drifting is already quite a social sport. People are always helping each other out and it never ceases to amaze me when people from four different crews are working on the car of a fifth competitor after a nasty mishap or just some bad luck. Parts are loaned or just given away when needed and everyone is always talking to everyone about drift techniques or ways of making the cars better and/or more reliable. 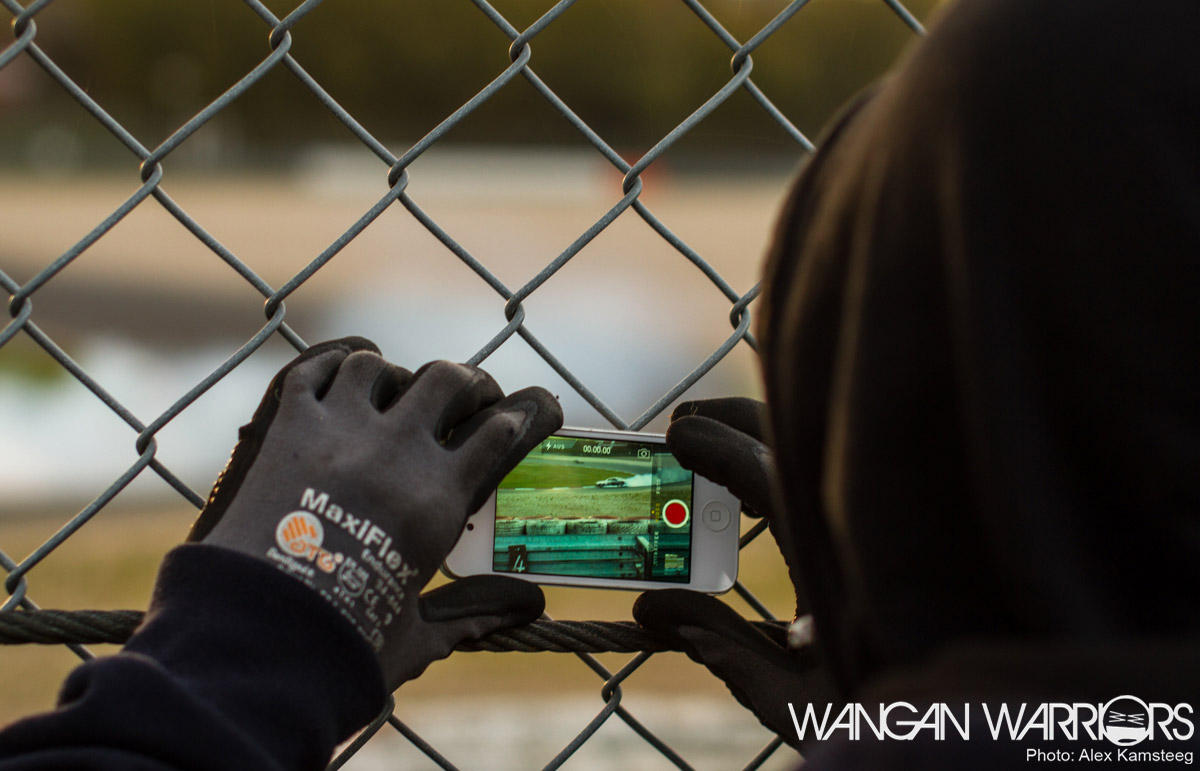 And it helps tremendously that the organisation is running a smooth operation, with lots of driving time for everyone and a friendly crew. Even when you break your car on the first day there’s nothing to worry about, because you repair it and you have at least another one or often two days of drifting ahead of you. Someone goes off track and needs a rescue? Not a problem, often the delay for the next run is only five to ten minutes. 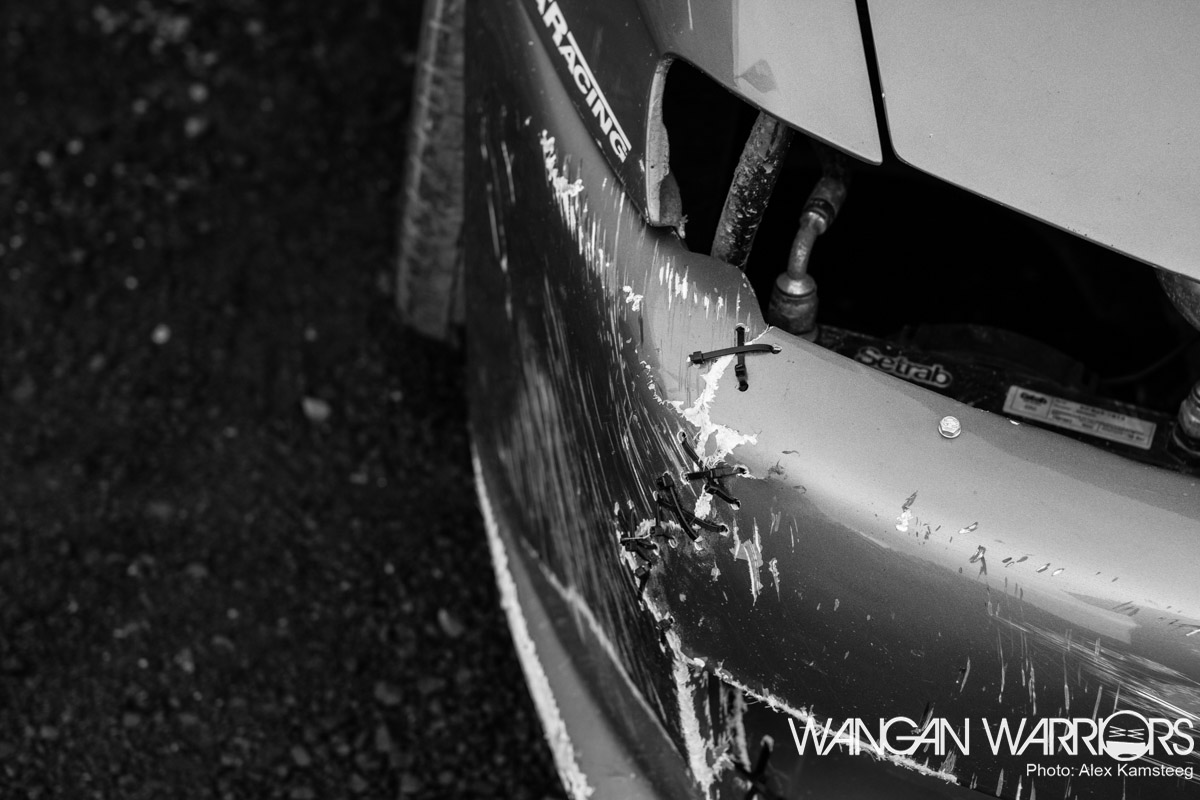 The whole event almost feels like a grassroots drifting event on some small track or parking lot. Everyone is just having fun thrashing their cars around. No worries, no problems, just having a great time with a bunch of like-minded people. 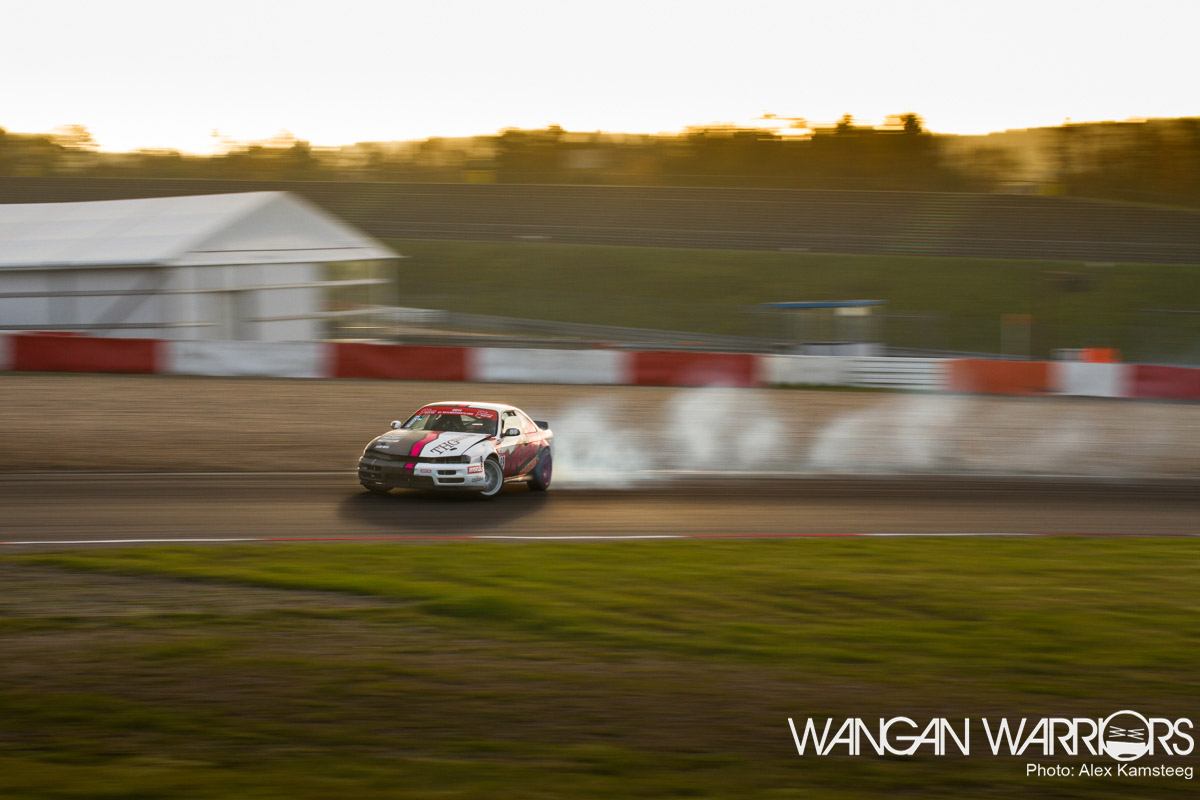 When you can drift on a famous and challenging track from dawn to sunset, two or three days in a row, with ad hoc battles for fun during free practice and five car drift trains just because you can then you’re in drifting heaven. 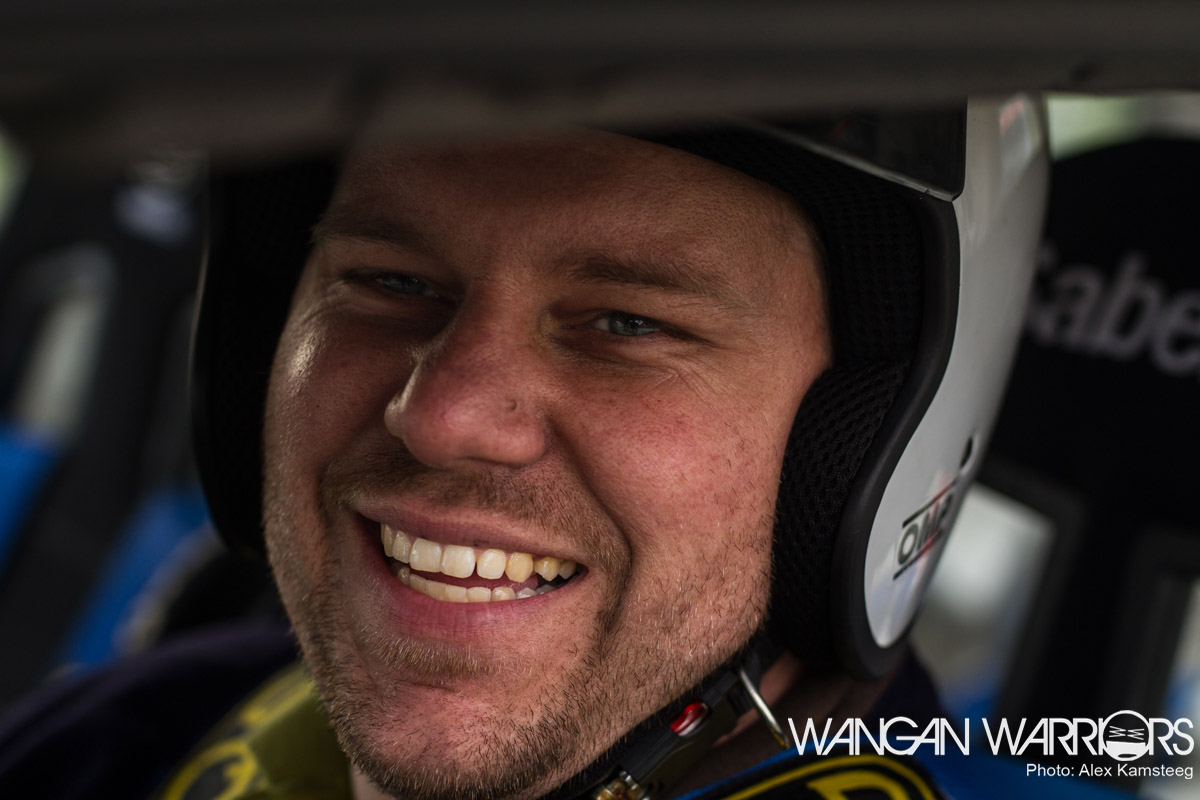 When everyone is having a good time, from cheering spectators on the big grandstands to little kids getting a drift taxi rides to old people walking around the paddock looking at the crazy cars the event is already a big success for me. No smoke from the cars because the track is still soaking wet? I don’t care, that battle was epic! Walking up and down those stupid hills, I live in the flattest country of the world for a reason, for the umpteenth time? I forget about that when I see two cars coming up that hill, smoking, sideways and door to door. 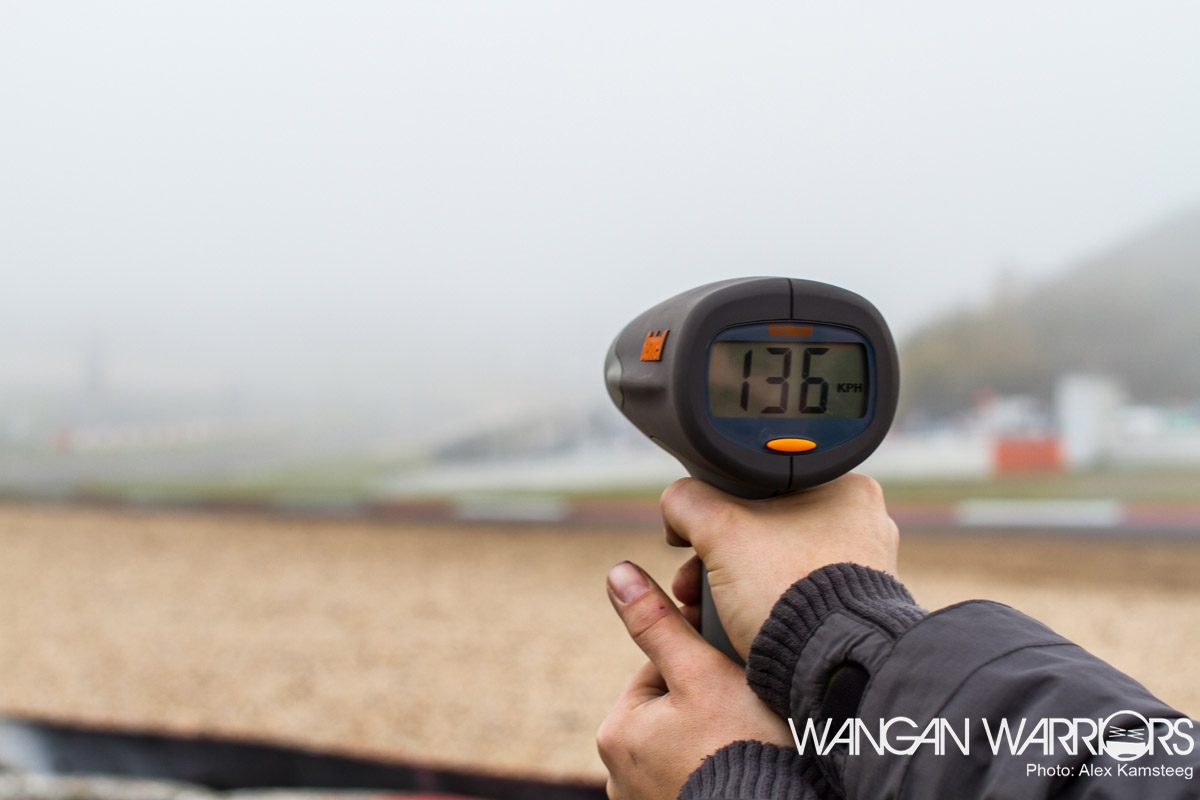 When I write this I’m almost trembling with anticipation for that first round of the 2015 season. I looked at the list of competitors, I see the countless posts on Facebook of all the drivers readying their cars, it looks like the weather will be cold but dry and I’m looking forward to it. 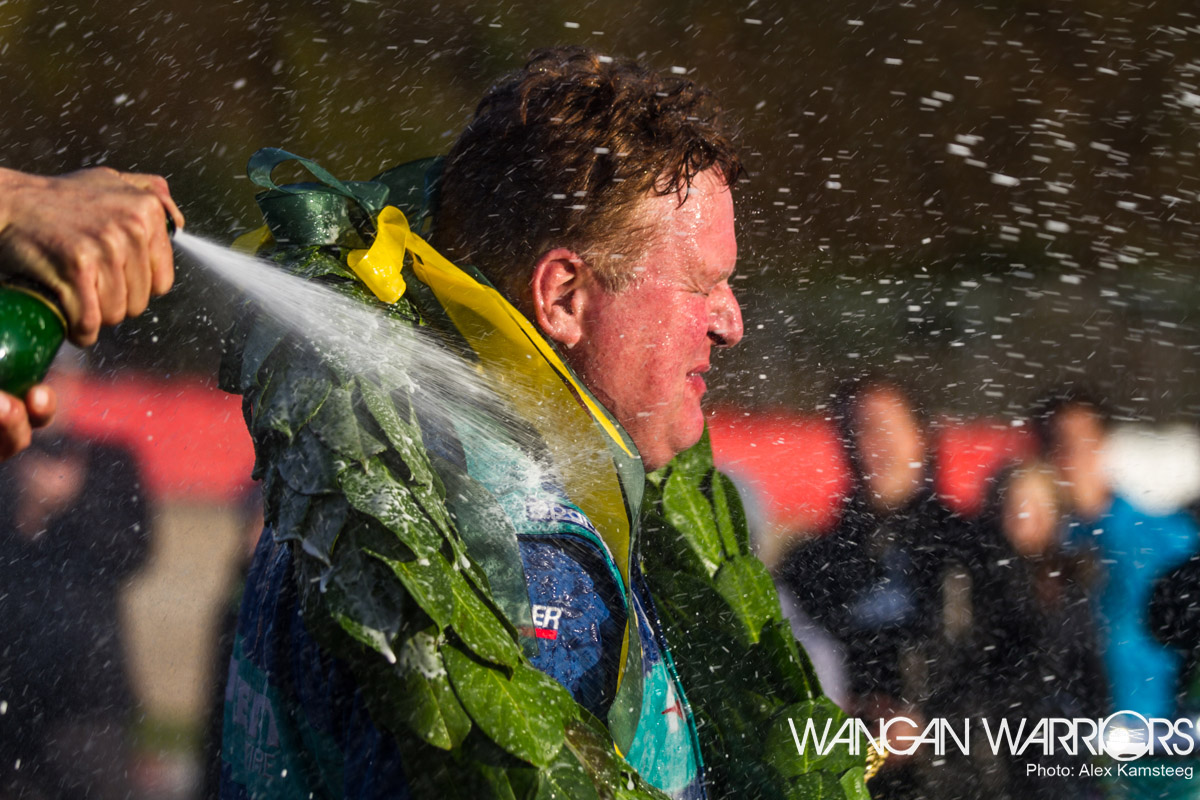 Who will take the win that first round? Who will be the 2015 champion? Frankly, I don’t care. As long as we’re all having as much fun and spectacle this year as we had last year I’m happy, very happy. And that is the whole point to me, that is why I love drifting and that is why I’m going to the NDC. And you, are you going too?