Although I’m a car enthousiast, I’m not a big fan of car meets. Sure, I do like hanging around with fellow petrolheads, but preferably somewhere near a track or in a shed with a partially disassembled car. Car meets in general are not something that gets me excited. 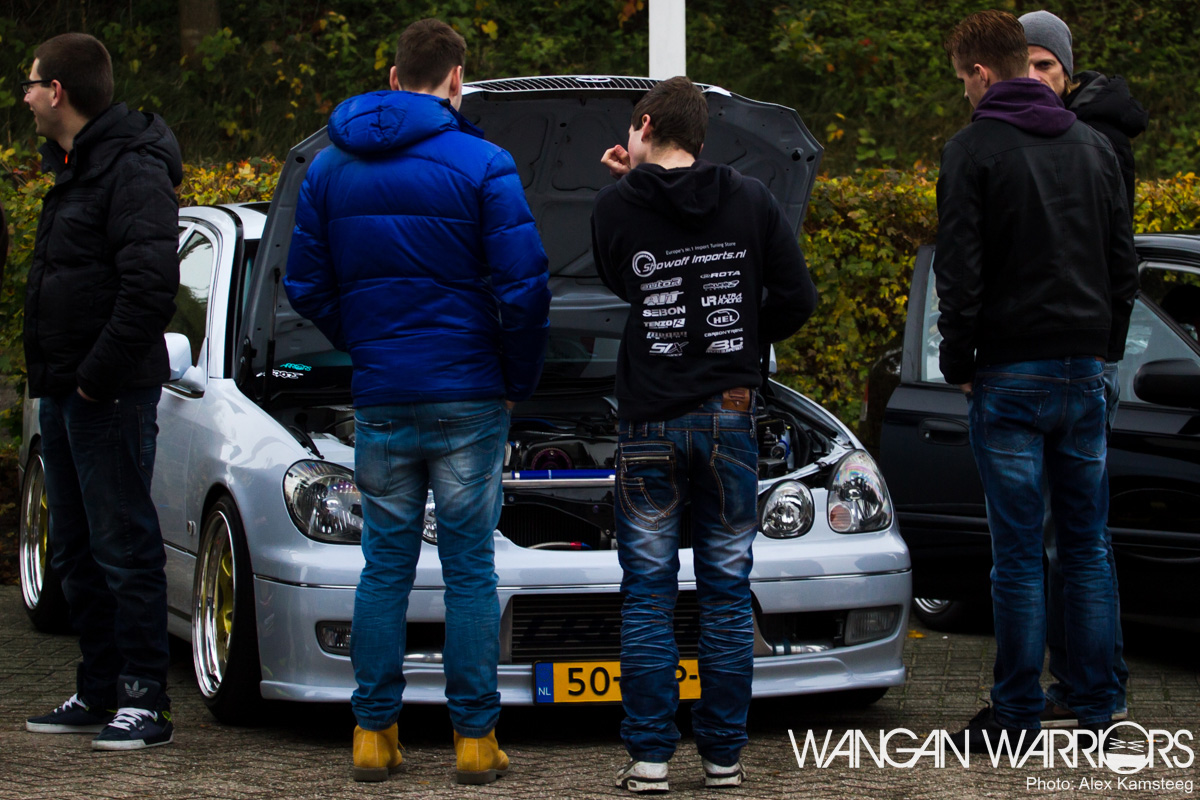 The Wangan meets however, are something special. And I’m not saying that because I’m writing and photographing for Wangan Warriors, of course not. I wrote about it before, but I’m going to say it again. The Wangan meets aren’t about the cars, the loudest audio systems or the biggest engine. They are about the social aspect of our mutual hobby. 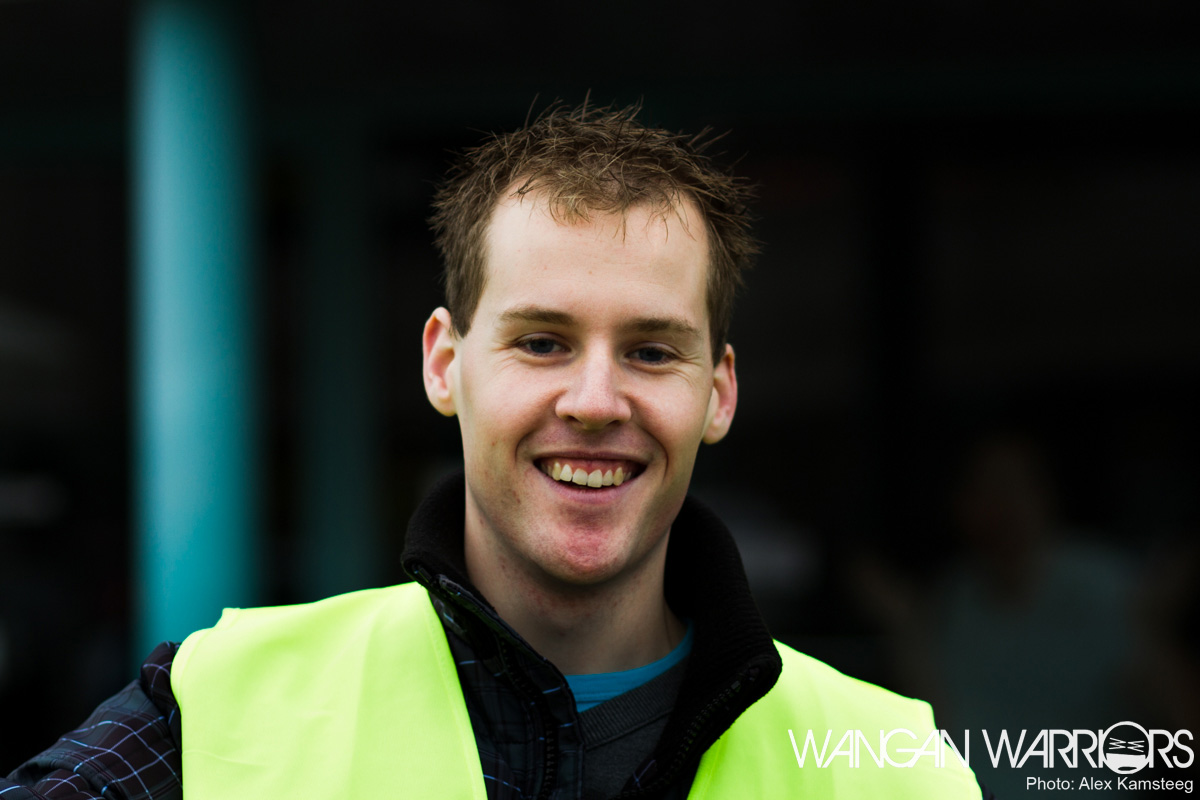 That social aspect starts within the crew, or more specifically in the club. It’s a diverse group, consisting of school teachers, car mechanics, designers and every profession in between. They are bonded by a love for Japanese cars, a bond that goes deep. It’s almost a little family, with arguments and shouting and bbq’s and holidays. 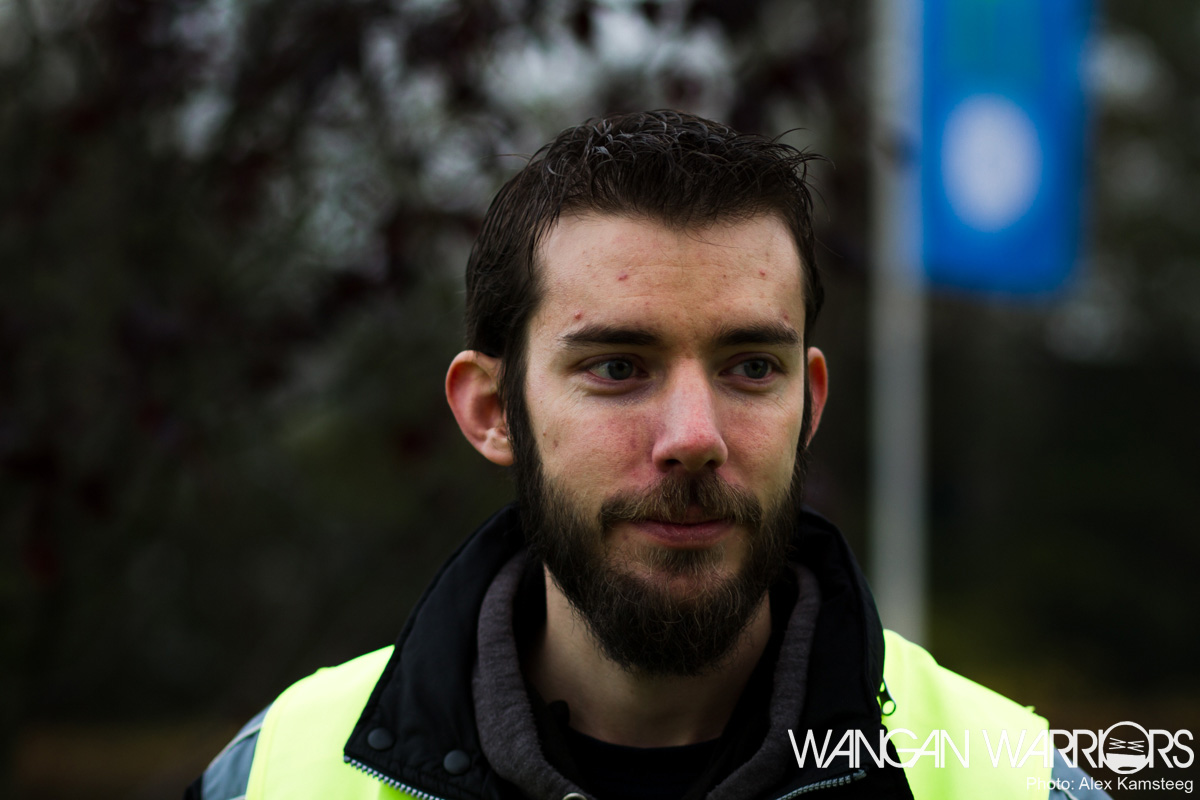 And when I realized that, I started thinking about our meets. Aren’t our meets not just like those family get-togethers where you see all your family again? One of those big families, where you don’t know the names of half the people present but talking to them seems very easy? That’s the feeling I get from the Wangan Warriors meets. 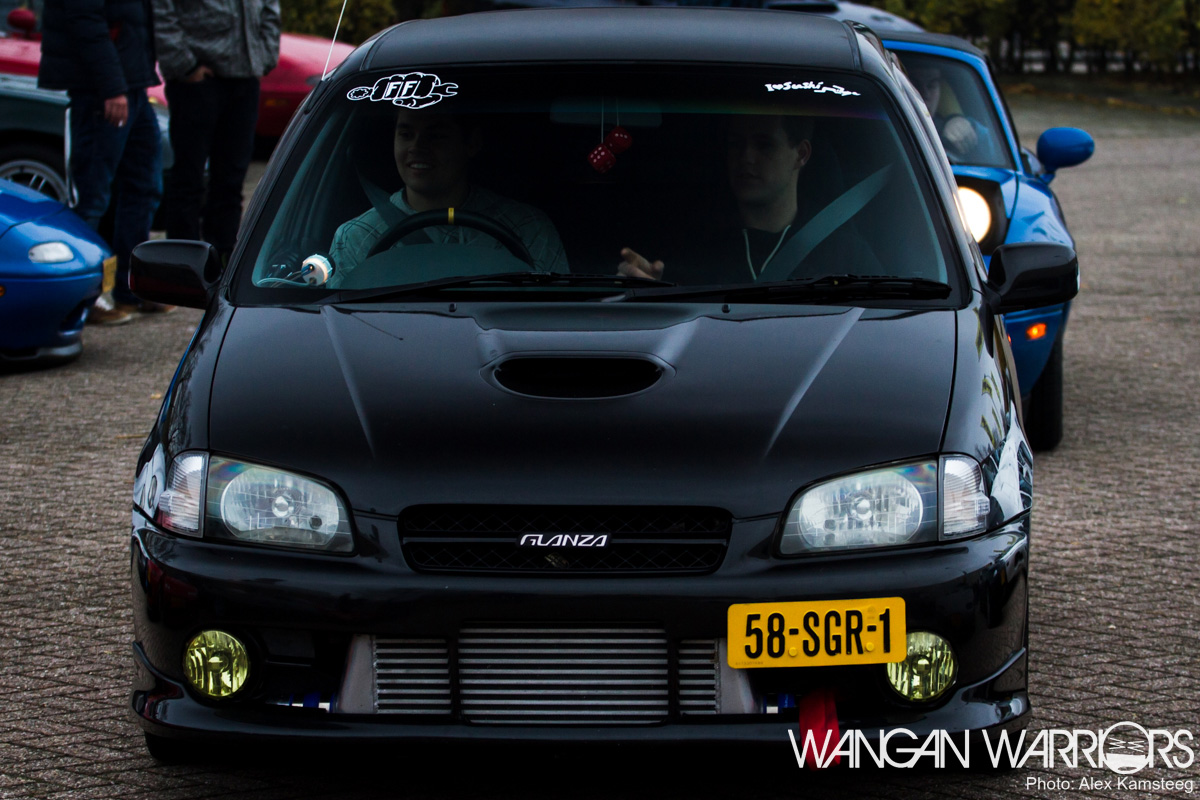 So, I went for the social approach again for this blog post. But I didn’t want to write about my personal experiences again. I wanted to show you a few things that would answer this question: What are people doing on a car meet? My sister recently asked me that very same question, and it made me think. What exactly are people doing on a meet? Surely it’s not only about the cars, right? 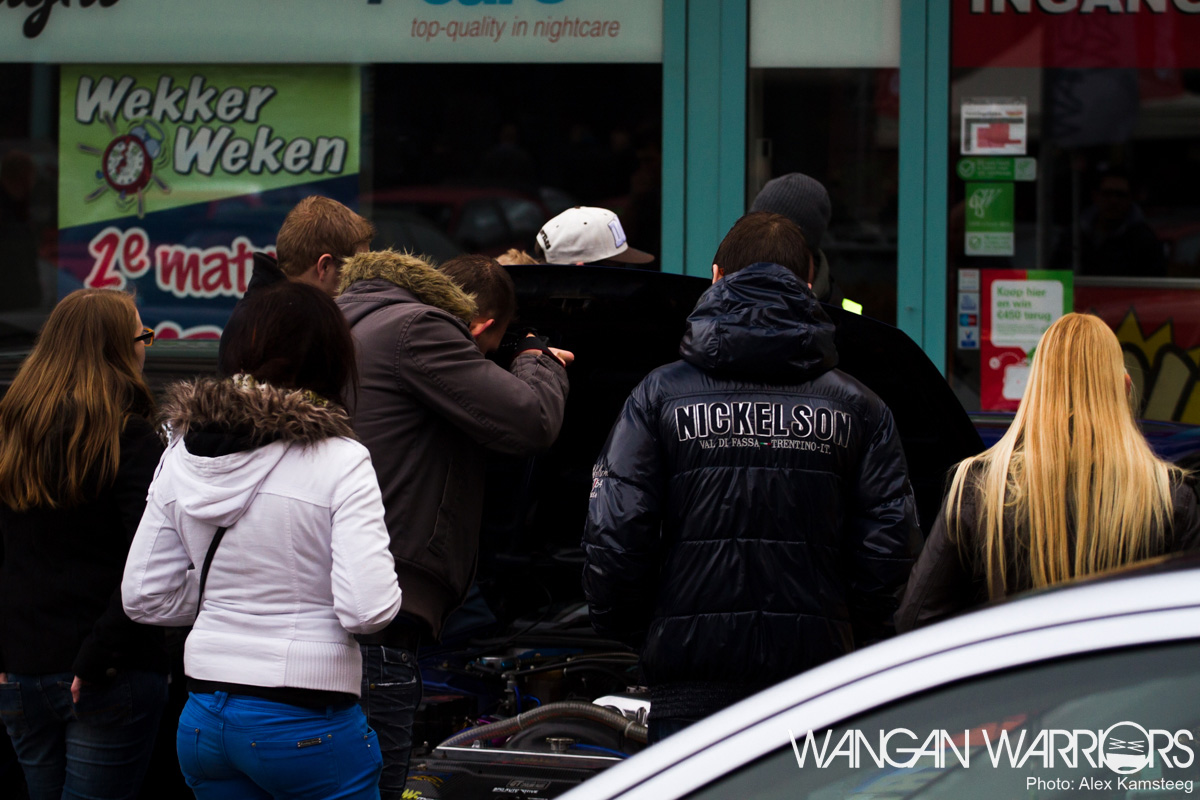 Don’t get me wrong, of course the cars are important. We’re brought together by our mutual enthusiasm for those powerful machines. We love to drive them and we can talk about cars for hours, but there’s more on a meet than just cars. 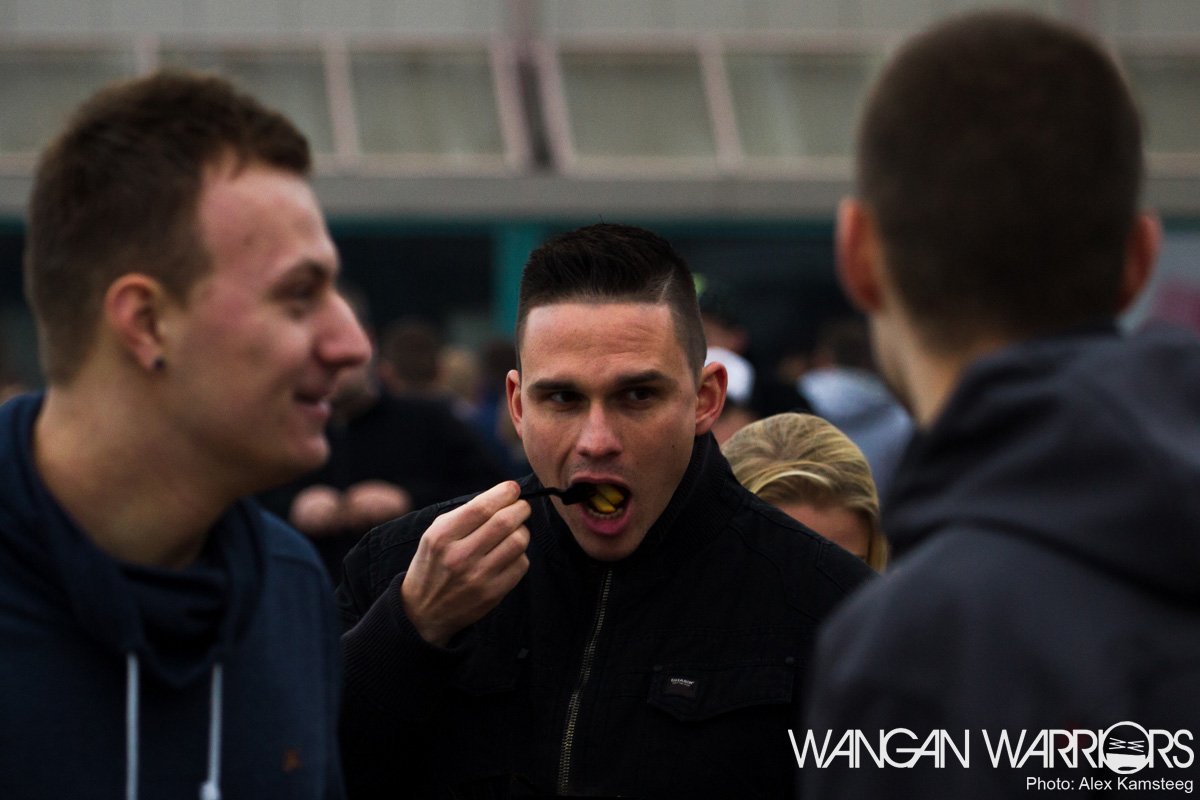 For example, something I declare the First Universal Law of Car Meets: Everybody will get very hungry at a car meet. It’s a fact, don’t deny it! Have you ever been to meet where you didn’t get hungry after a few hours? Just look at how many people are eating when they walk around. It’s a lot. Luckily for us our friends with the mobile snack bar were present to satisfy all those hungry people. 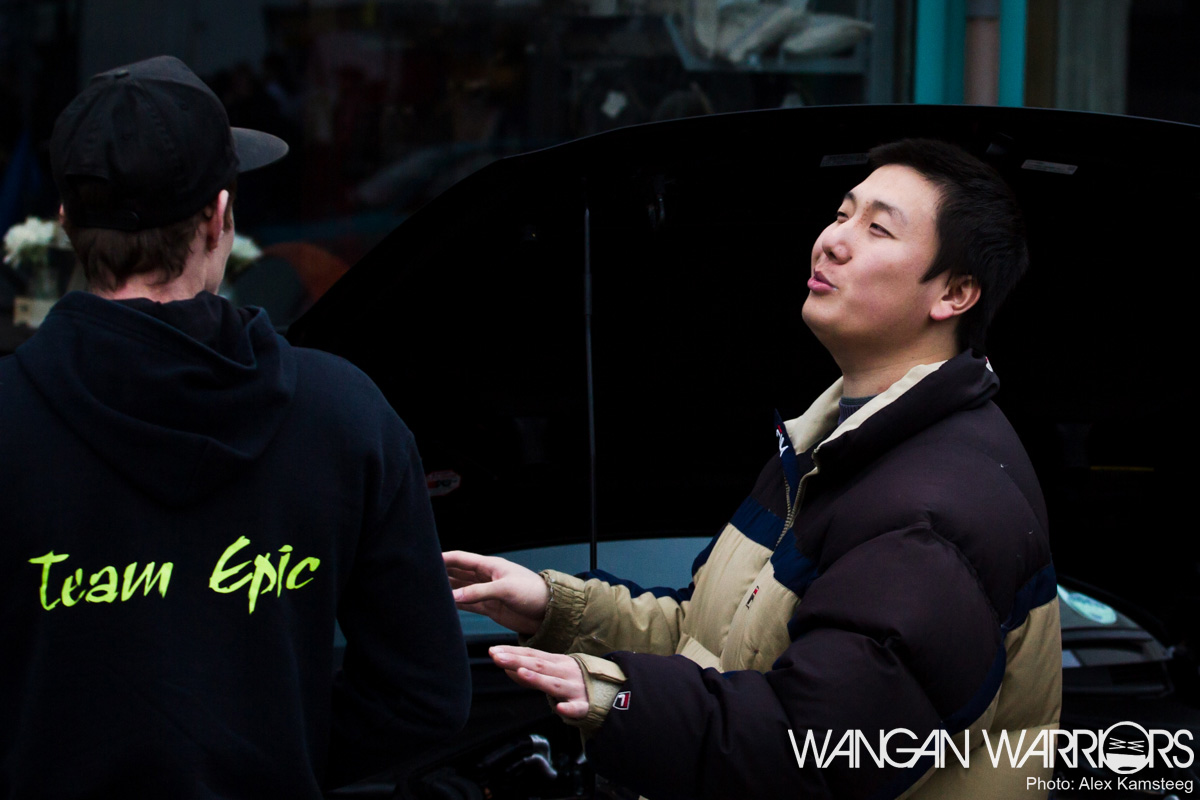 And when people aren’t eating they’re talking, mostly about cars of course. And not only normal talking, but talking with passion. Lots of passion. Endless conversations about little details, how someone solved a problem, driving techniques, you name it. Normally, when you try to talk to a total stranger about their car they look at you like you murdered their cat. On a meet you can ask one simple question and half an hour later you walk away after a long story about the whole history of the car. 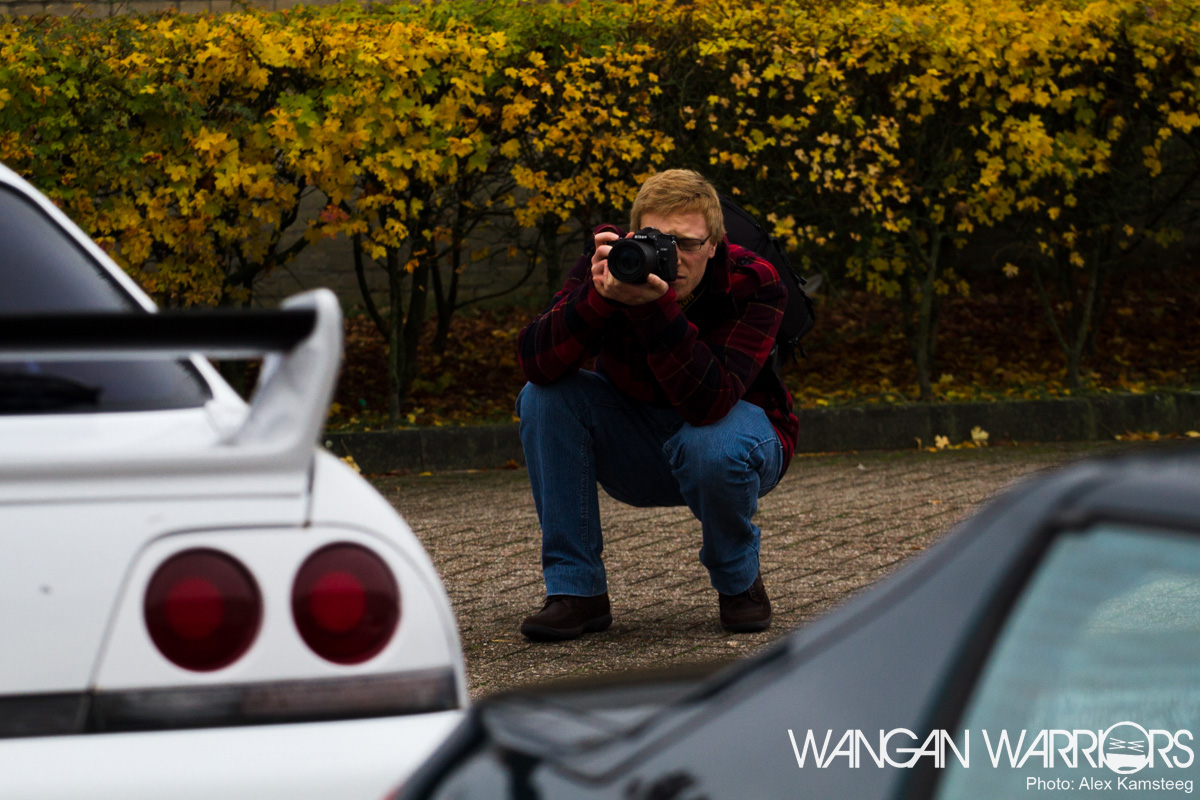 Details bring me to my third observation: When people aren’t talking or eating they’re taking pictures. Lots of pictures. Smart phones, compacts, DSLR’s, you can see cameras everywhere. Sometimes to take a picture from a particularly interesting detail, other times to take a photo of a beautiful car. Most of the time those cameras are used to take a quick snap, but sometimes you can see someone waiting patiently for people to move on so he or she can take the shot they want. 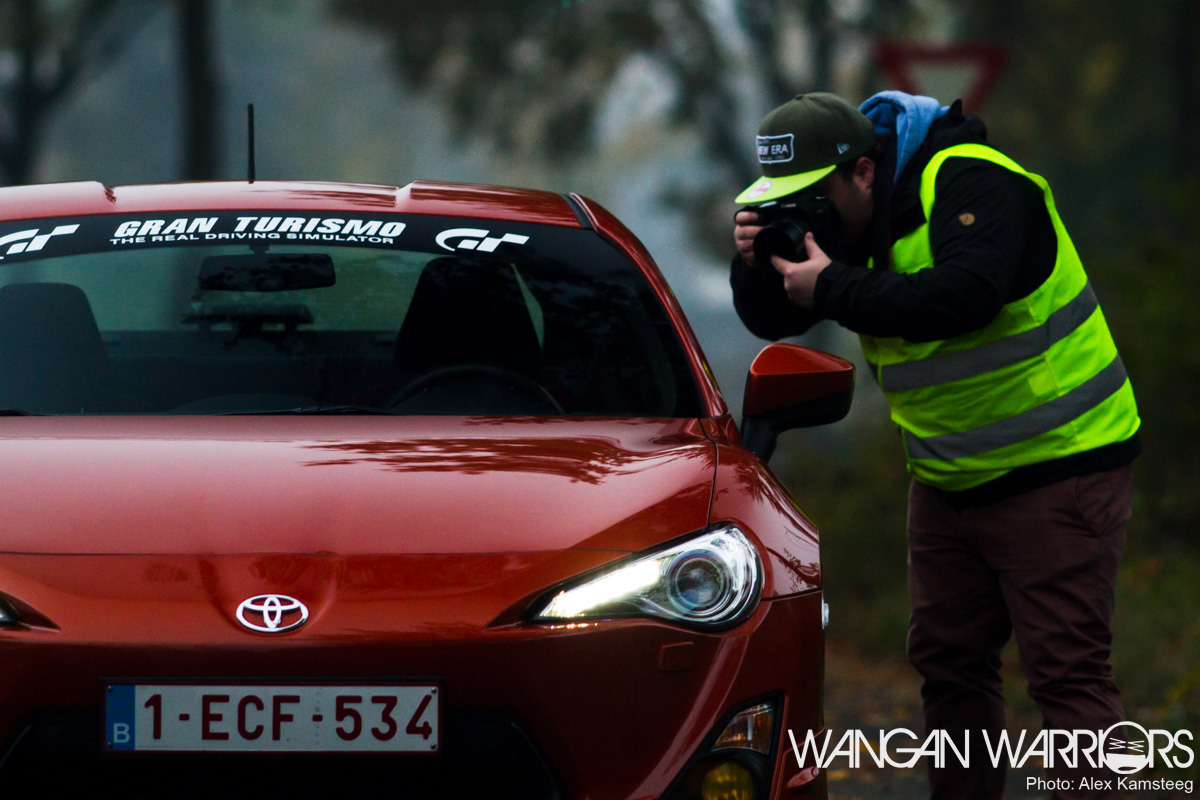 And our very own blog crew is doing the same, And I’m talking about waiting patiently of course. I met Rens two times near the same car while he was waiting for the owner, but his patience paid off. The resulting feature of the ZN6 he shot is a work of art and it serves as major inspiration for my own work. 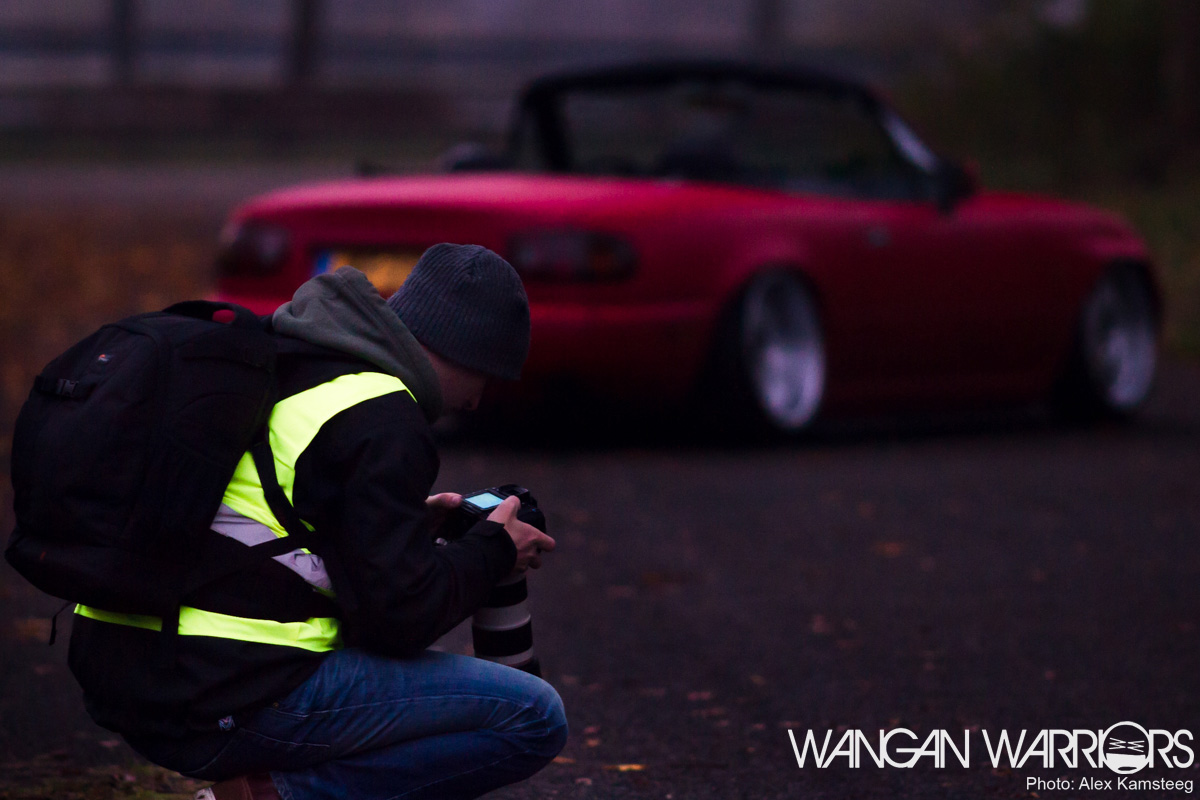 And when a car left our shooting spot, another one rolled in. Almost everybody from the blog crew had picked a car to shoot, so it was rather busy in the alley we used for the shoots. In fact, we continued until the sun sank below the horizon and it became too dark to take photos. 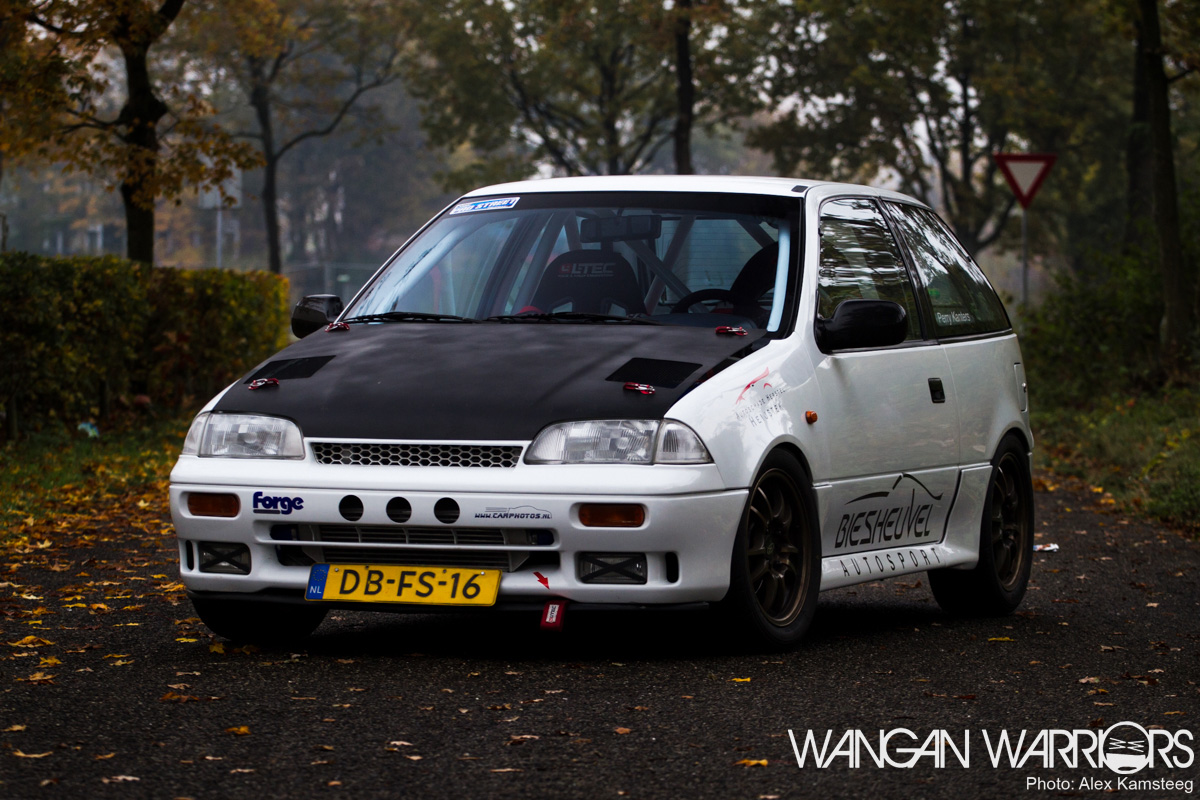 Besides walking around and talking to random strangers I did a photo shoot too. And for some reason I chose a hatch back again. I don’t think I’ve ever done a feature on anything else than a hatch back. For some mysterious reason I just love small cars and I can’t explain why. 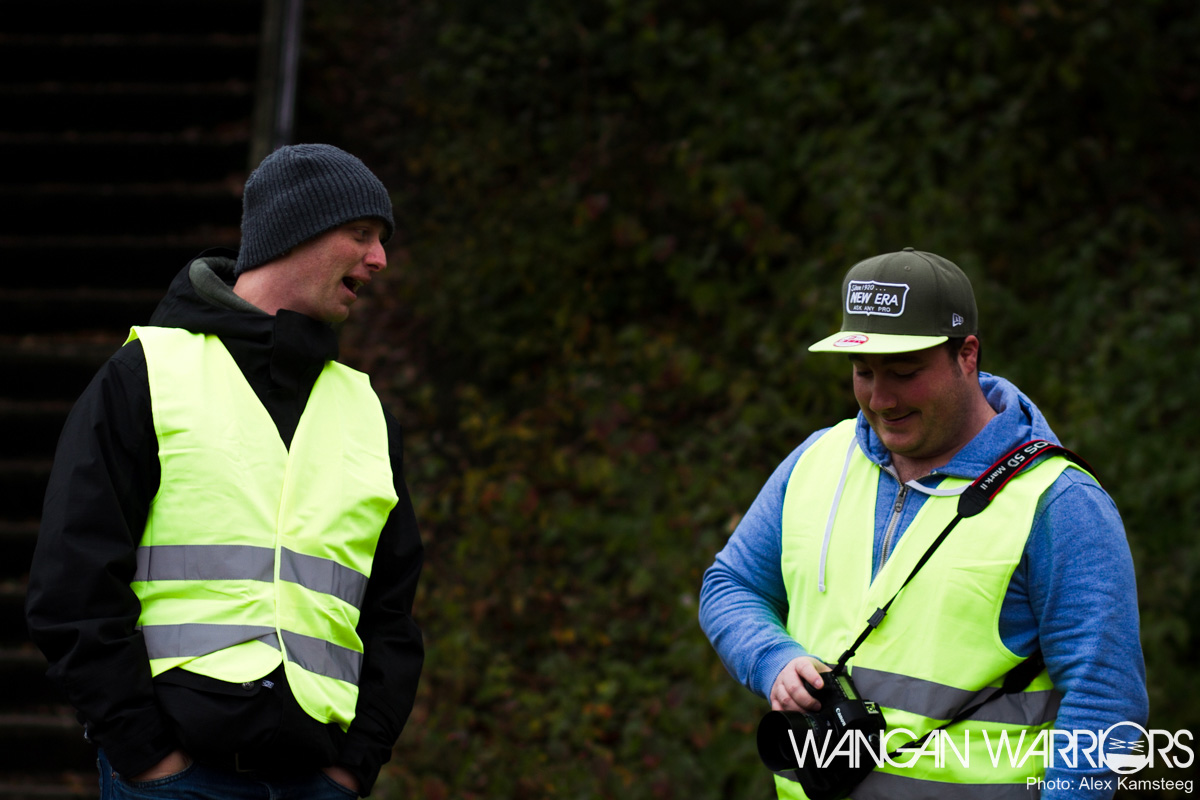 And I would like to end with another mystery. Not one of us could remember what Maurice was shouting to Rens, but Rens is looking guilty. What did Maurice say? What did Rens do? Ah, the mysteries of a car meet!