Something was wrong with me for a very long time. Some of my friends would now say that I’m still weird but that’s a different story. For quite some time I wasn’t enormously fond of Honda Civics and to be very honest I don’t think I have a clear explanation why. When I was looking around for my first car it had to be affordable, fun to drive and have some potential to modify. And I apologize already but Honda Civic was the first to be scratched off my list. 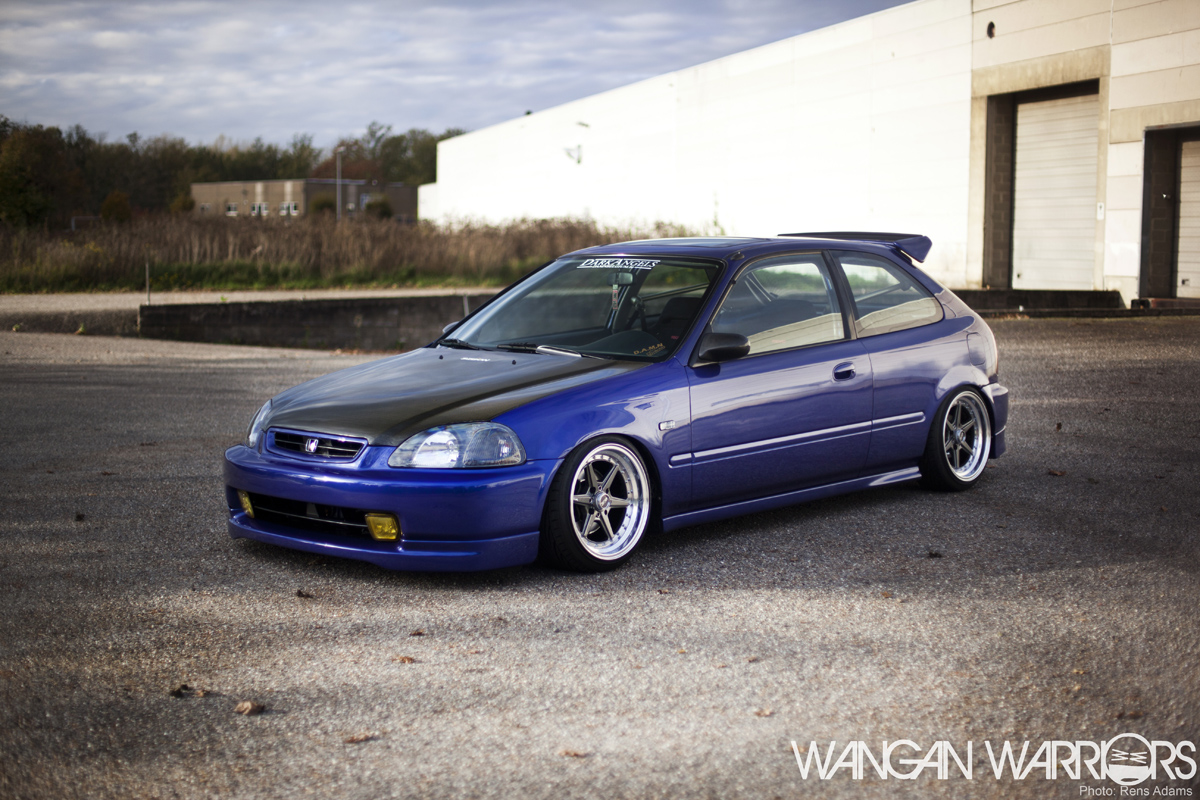 By now my opinion about these cars has changed immensely. The level of modification and tuning of these Civic models developed into something beautiful and timeless. Nick Verstappen is a Belgian guy who was able to change my ignorance and impressed me with his clean EJ. I saw his car come by through several social media channels and soon my conscience told me that is was a wise idea to let the 5D become aquainted with the EJ9. 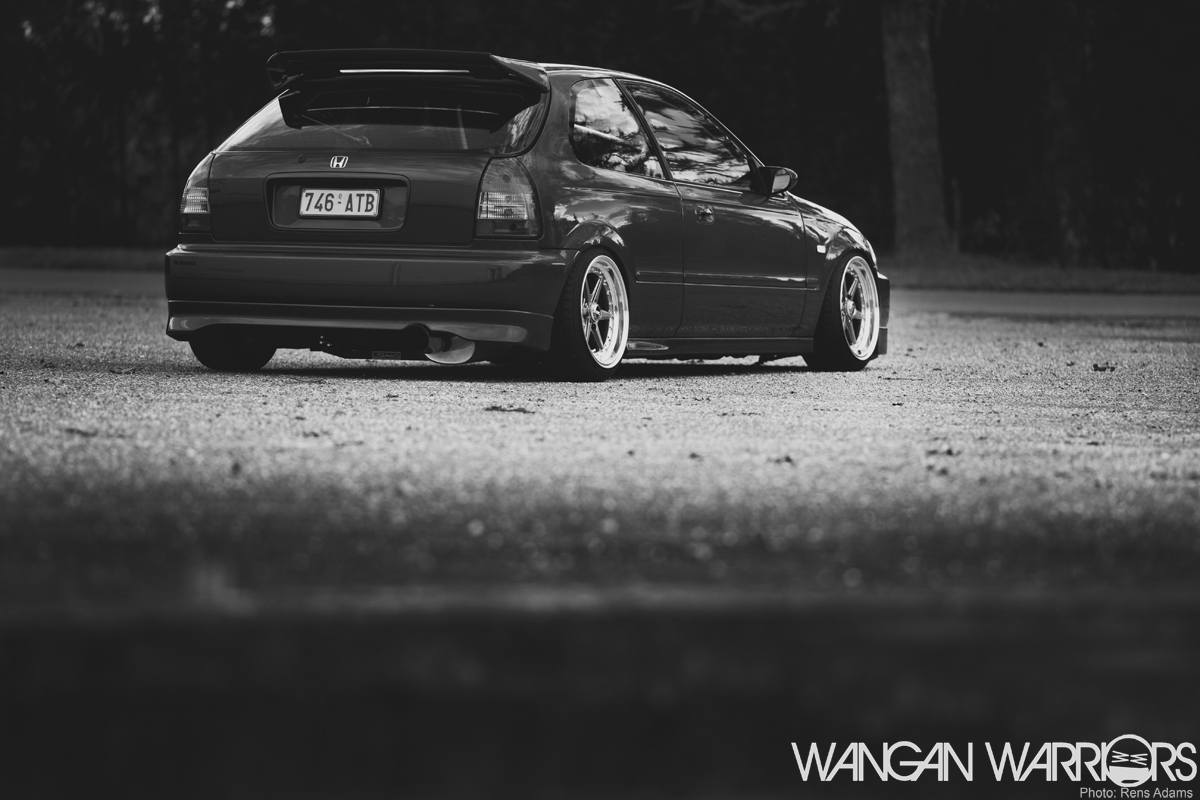 We decided to meet up at an industrial area near his hometown. I usualy try to spend some time to find a suitable location for a photoshoot but this time I drove through the streets of the area and found plenty of décors with a decent background scene to work with. Plain and simple! 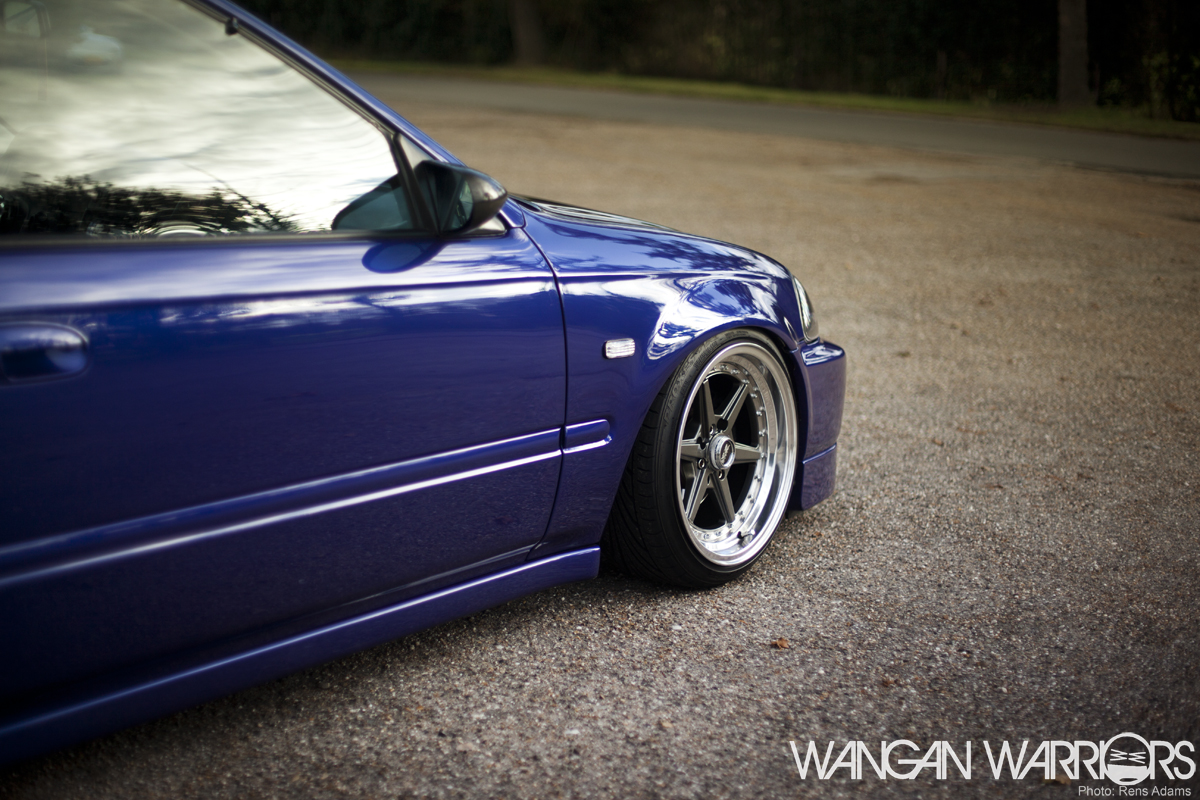 Nick’s Honda sits perfectly close to the ground if you ask me. In the summer Nick chooses to wear the 8×16 gunmetal XXR 501’s with +15 offset. As you can see these wheels fit perfectly without using spacers or rolled wheel arches. This decent set is wrapped in Toyo Proxes T1-R rubber in size 195/40/16. 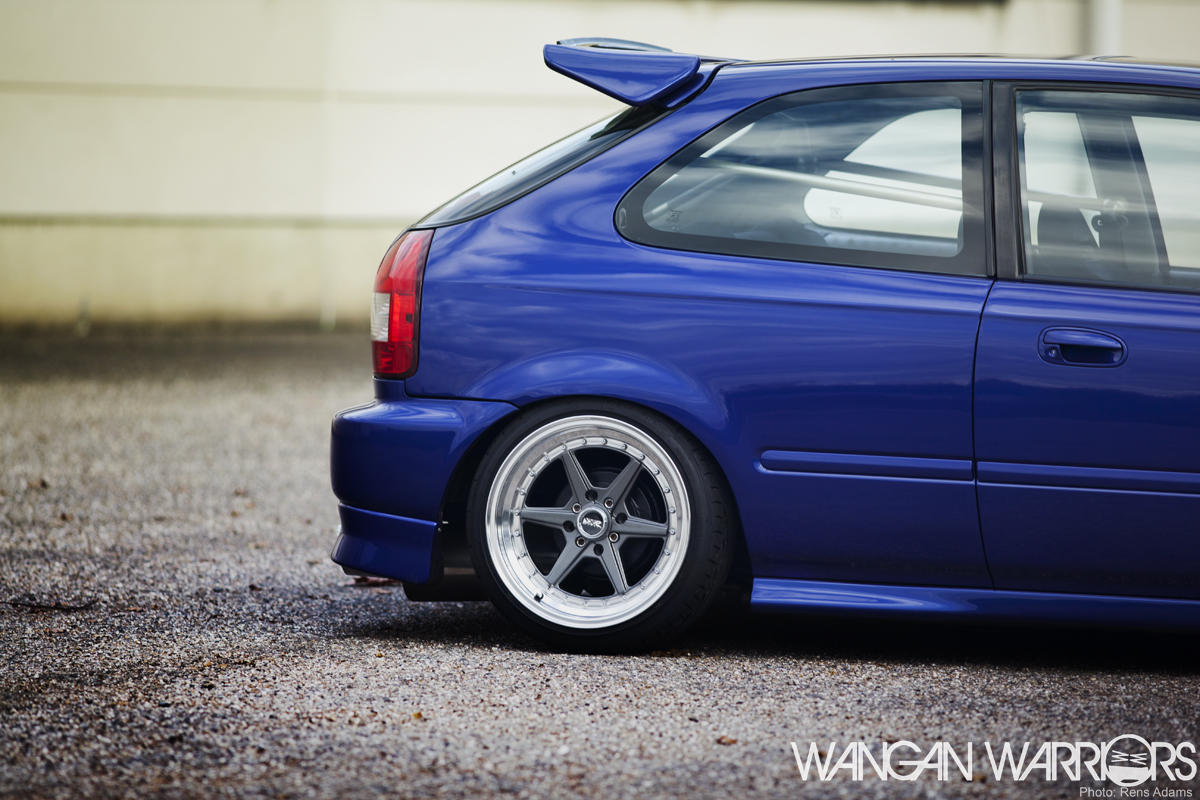 I’ve always been a fan of the 15 inch size wheel. Fits under every car, rather cheap tyres available in every size and with the right amount of lowness they’ll fit just fine under Civics. But this time I’ll admit that the 16 inch looks much better, especially when there is chosen for more form. It still keeps its drivability. 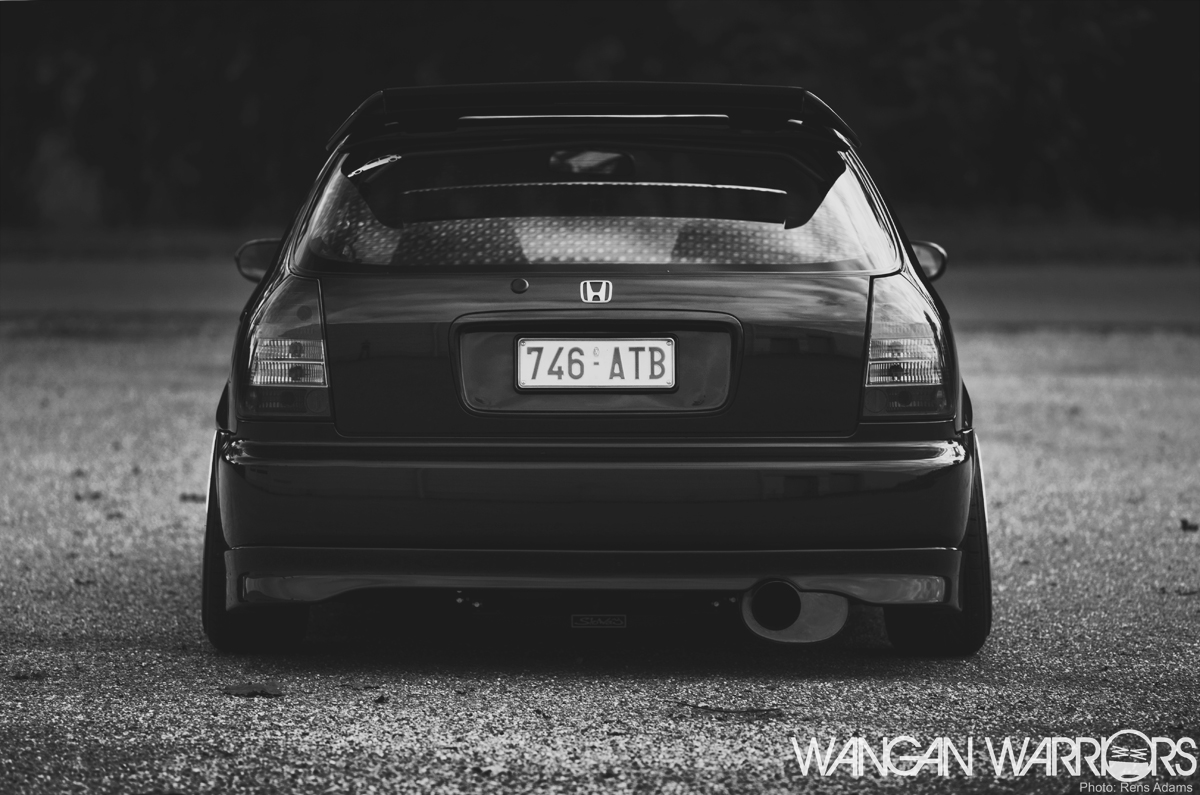 This is a rear end to be proud of, isn’t it? No overdone camber, no exhaust on the ground while standing still. I really love how it sits like this it looks fairly cute if that doesn’t sound too brokeback. 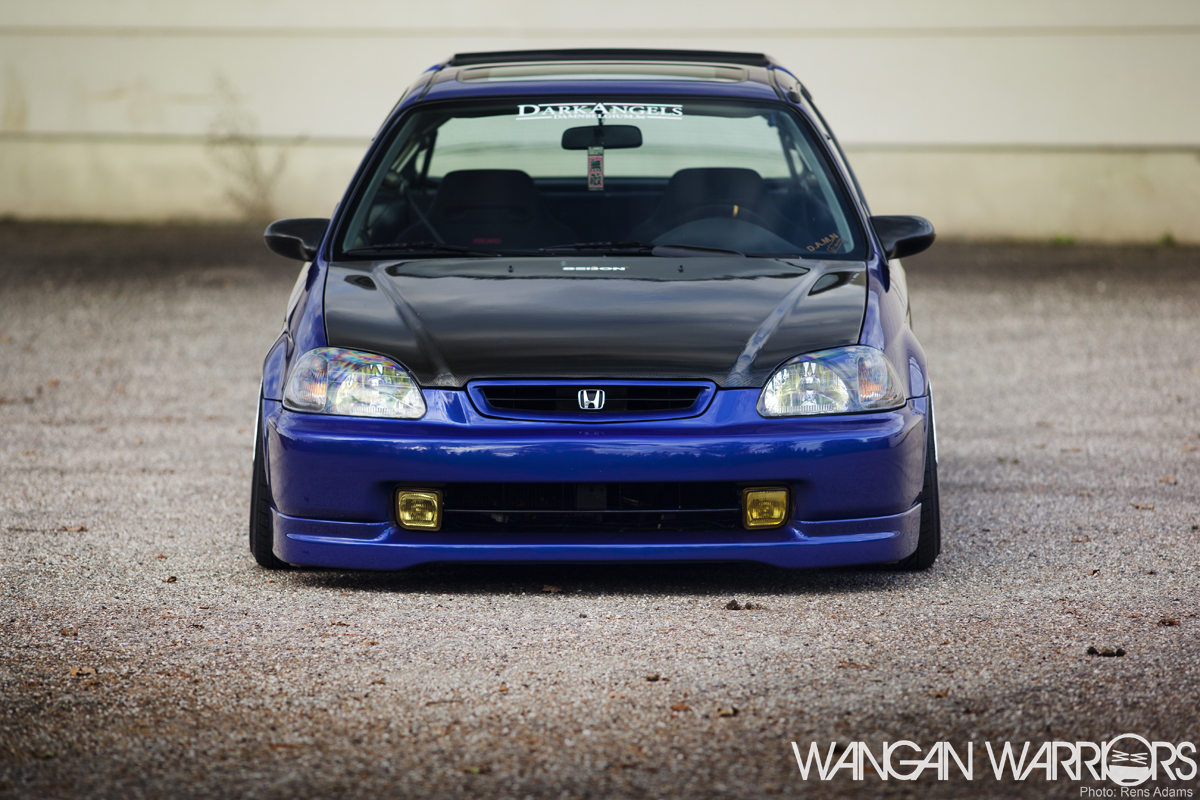 The front on the other hand looks a bit more aggressive in my opinion. The EK9 pre facelift and the Seibon carbon bonnet are responsible for that I think. It’s a clean look but it has some track influence as well. The carbon is nicely in contrast with the ‘Super Sonic Bleu Pearl’ paintjob as well. 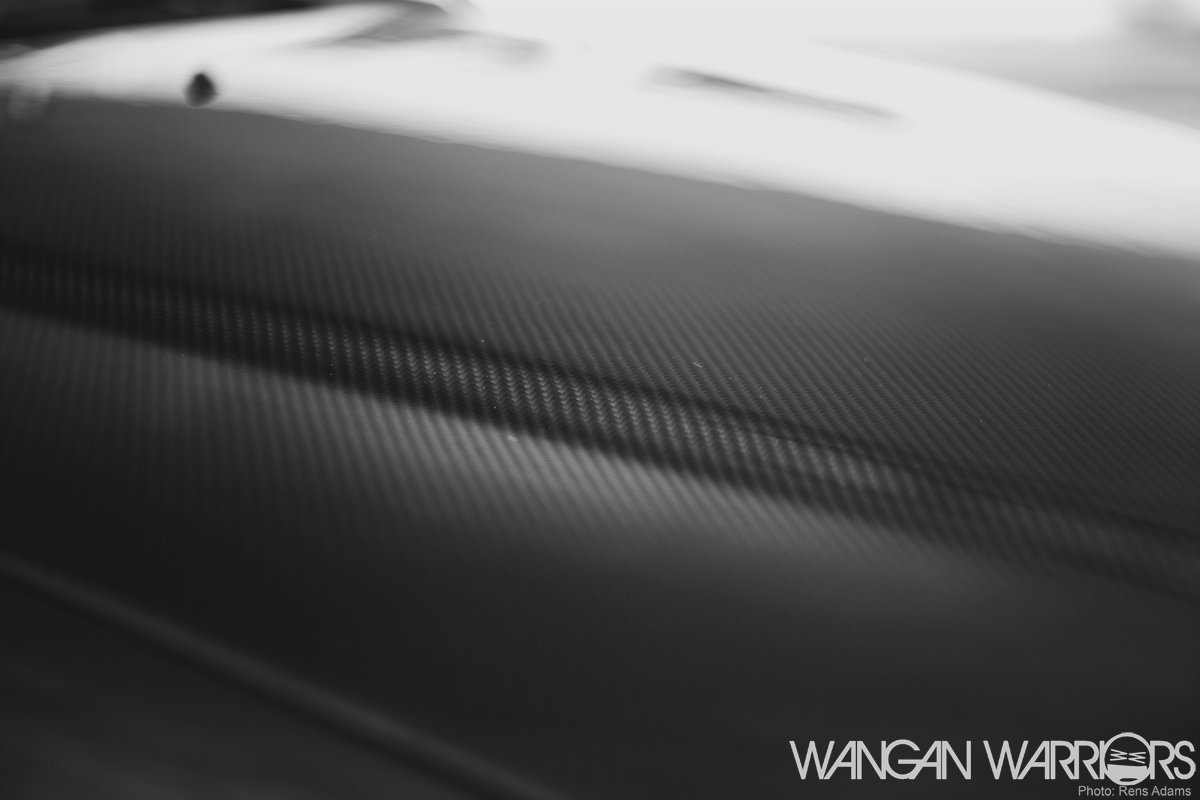 Nick is no modest guy when it comes to carbon parts, there is lots to be found on the EJ. Eventhough a carbon bonnet is usefull for the weightloss, it always looks amazingly good on each and every car if you’d ask me and this civic is no different. 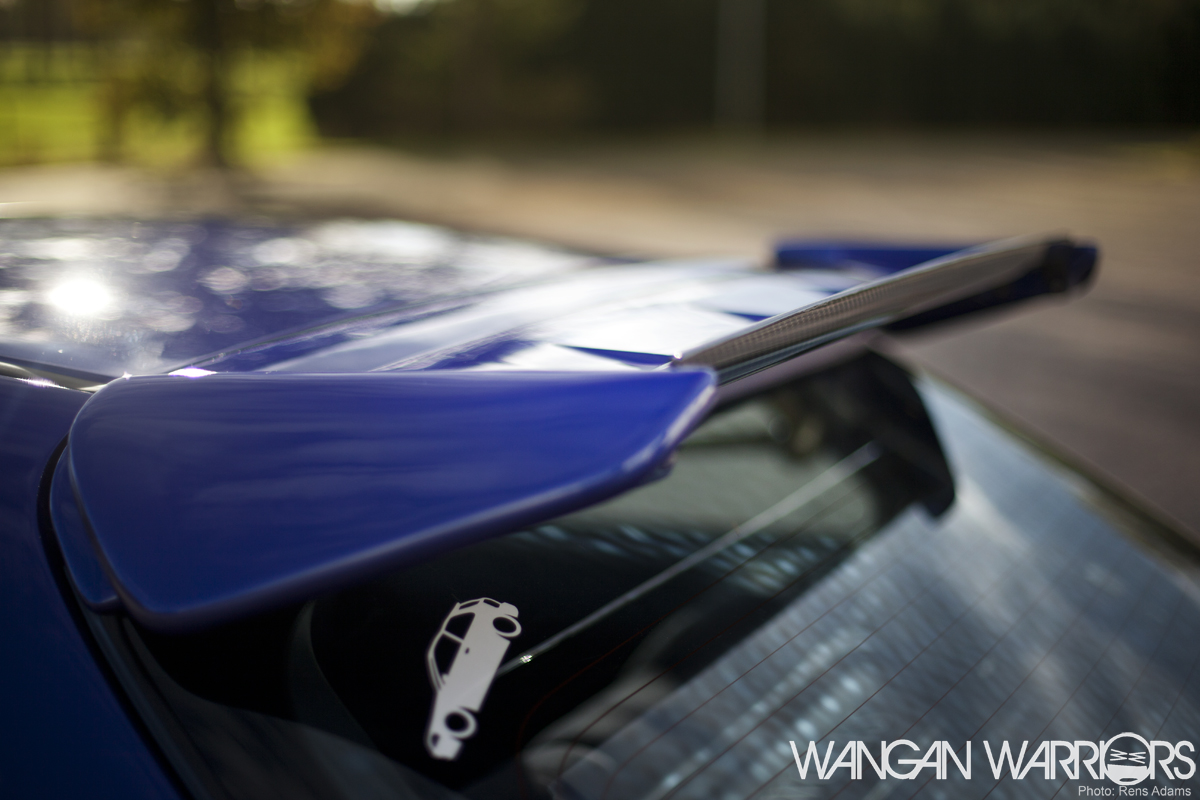 Nick had quite an interesting philosophy on wings. He stated that they don’t need to stand up straigt, in fact he says it looks rediculous too him. I myself love the more subtile modifications on a car so I agree with Nick on this one. So Civic readers, what’s your opinion on this? Feel free to respond with a comment at the bottom of the article! 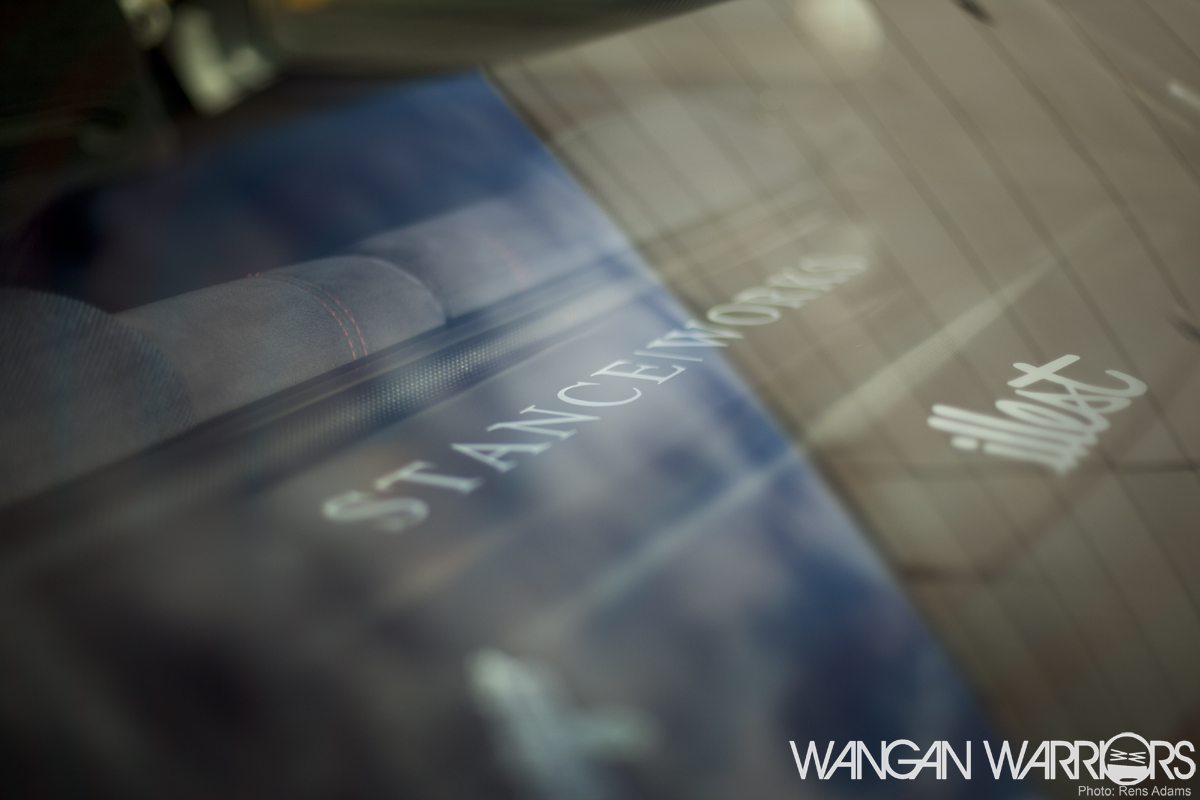 Again no lack of carbon parts as I said. Even the original parcel shelf was replaced with a carbon example and decorated with a few obvious stickers. 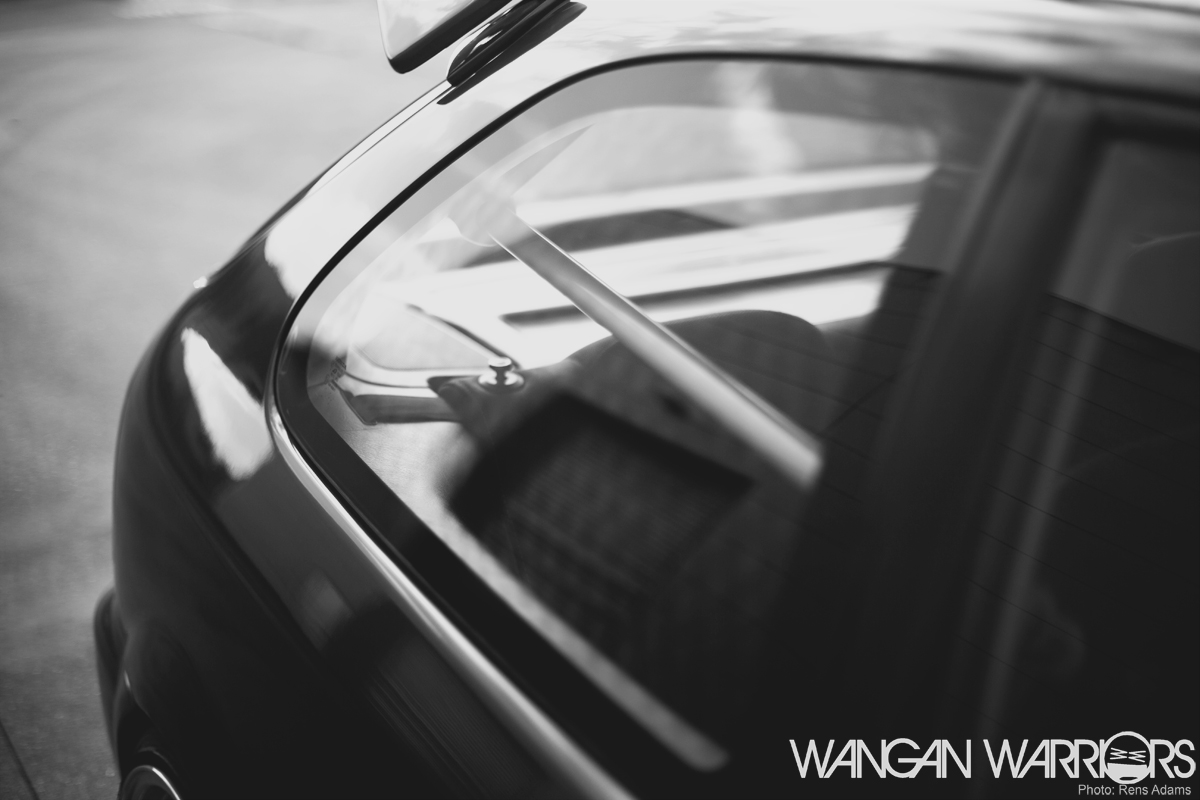 As we all know and agree on, is that handling and looks can perectly go hand in hand. Nick chose to upgrade more than a hand full of parts to improve the ability to perform well through the corners. 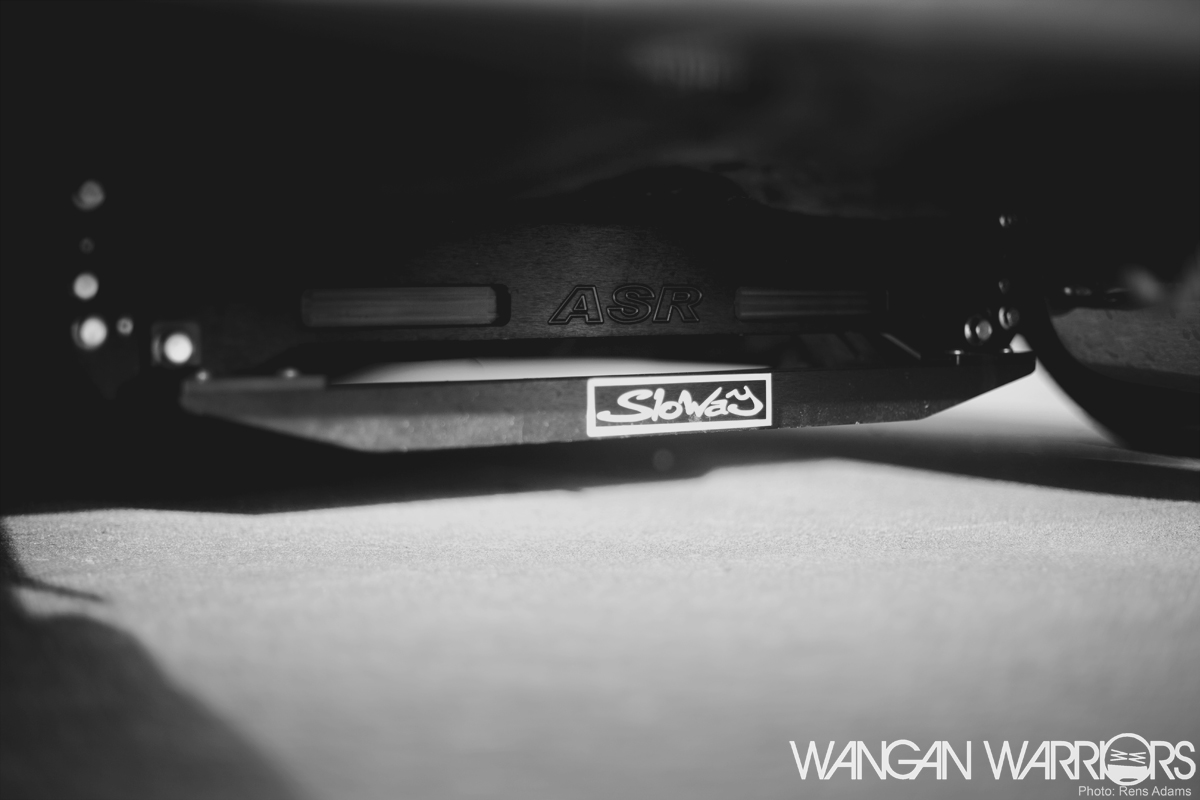 One of the main upgrades were the ASR rear subframe, D2 racing coilovers and the rear upper 4-point strutbrace of Ultra Racing. 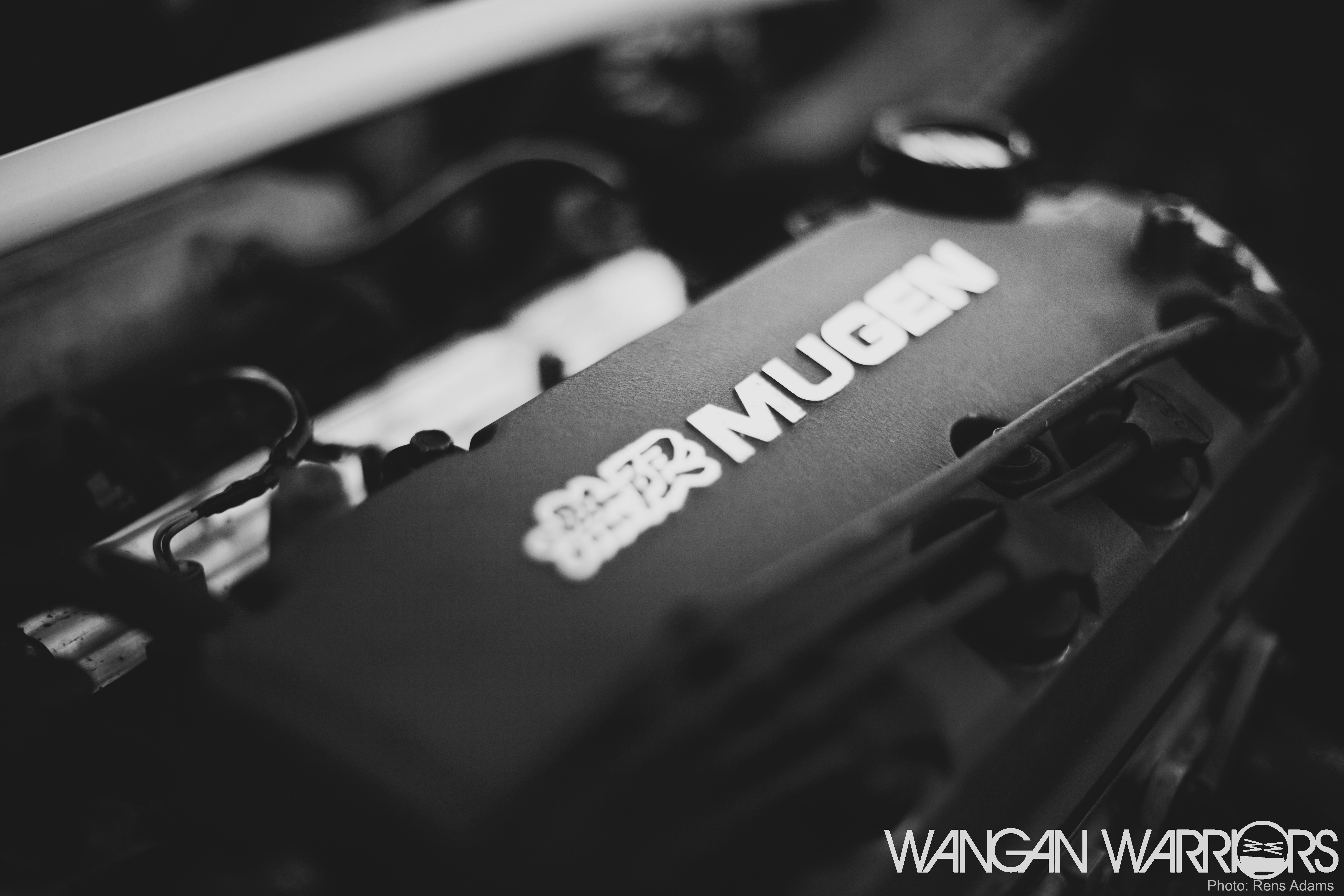 Things didn’t stay untouched underneath the bonnet either. The engine was upgraded with a D16Z6 VTEC cylinder head and takes in air through the Password JDM Carbon intake tube and a Blox Velocity airfilter. 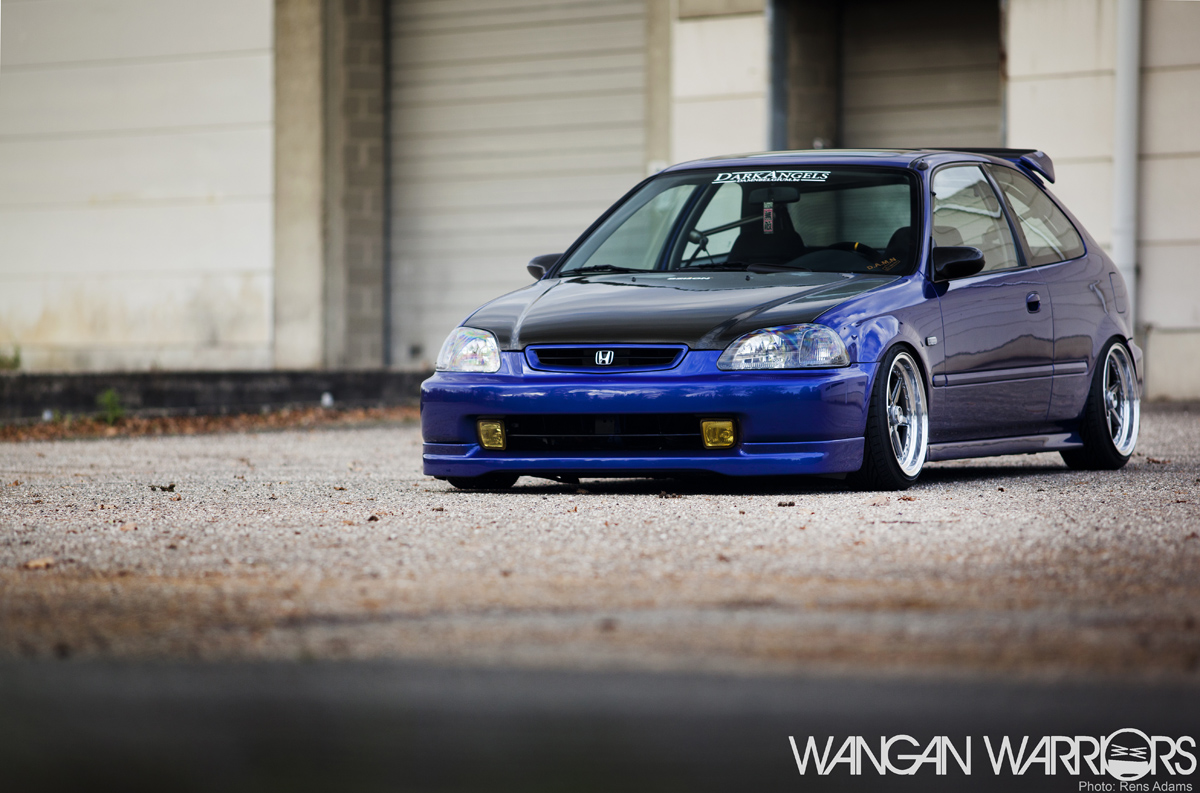 I do believe that this Civic has the perfect balance between form and function. I would say form has the bigger part in this but the combination and the relation between them is close to excellent. 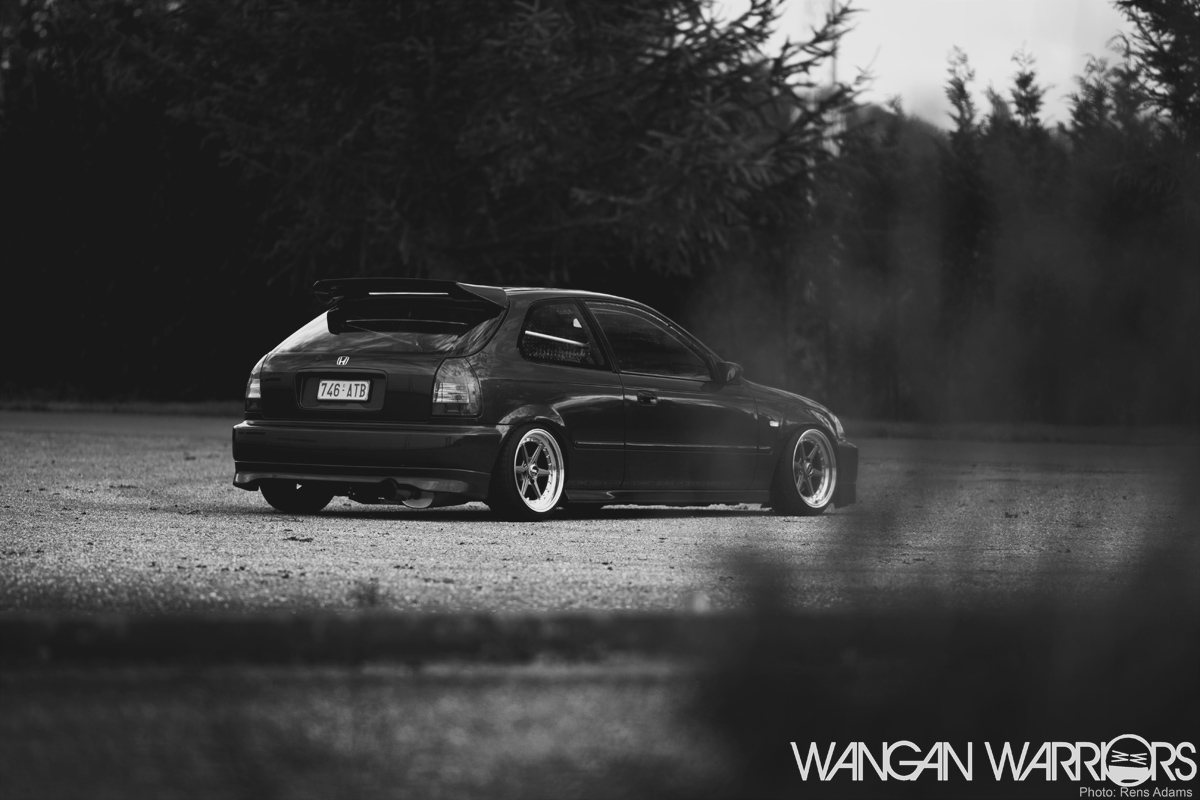 I would like to finish this article with this photo which is one of my personal favourites of this series. Congratulations to Nick Verstappen for pulling off such a impressive yet subtle build. Well done! Let us know in de comments if there is another amazing Civic like this in your neighbourhood we would gladly feature more!