The year 2002. Even though it feels like yesterday for most of us a lot has changed in the world since then. 2002 saw the introduction of the Euro as a currency, NASA landed on Mars for the first time and iconic cars like the Skyline R34 and the mkIV Supra saw their last year of production. Fuelled by the box-office hit The Fast and The Furious, what we now refer to as ‘rice’ was the mainstream way to modifying your car and everything else was considered un-cool. Where am I going with all this you might ask? Well quite simply; 2002 was also the year that the star of today’s feature, the Nissan 350Z, hit the showrooms for the first time. 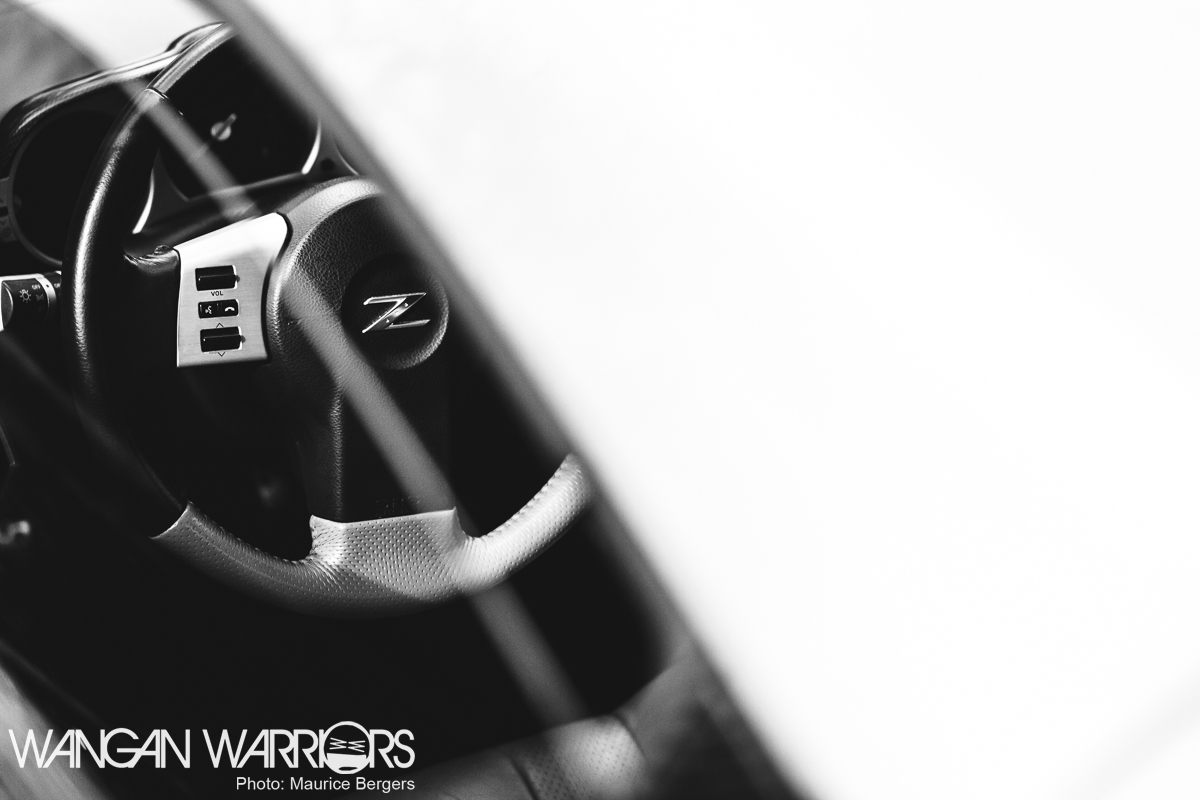 Fast and furiously forward to the year 2009. Joop, the owner of this Zeddu, mentions during his summer holiday that he thinks it’s time to get a second car. A hobby project. Joops son Dave’s first reaction was that the midlife-crisis must have just kicked in (y0), but after returning from their holiday they went to look at a few possible candidates. 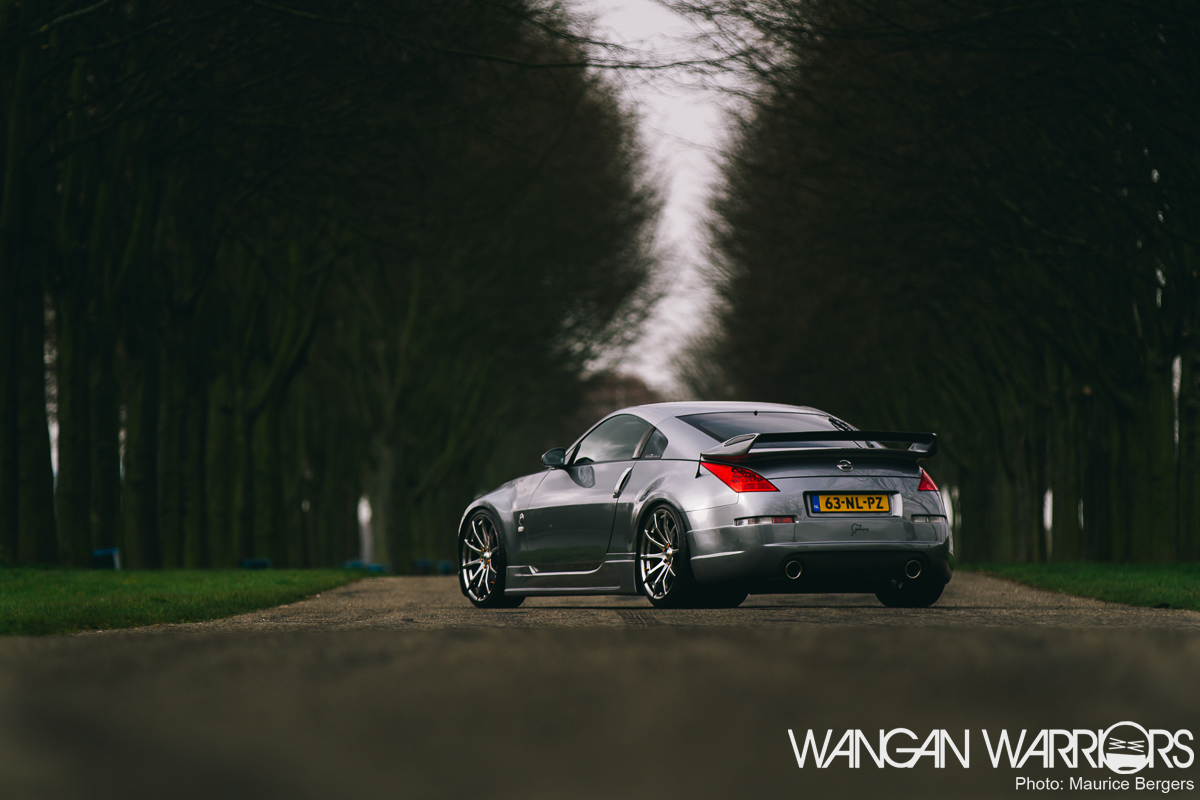 The first car they looked at was a BMW 330ci. A clean car with ample power and German quality to boot, but Joop felt it was too ‘tame’. A few other candidates were looked at until they stumbled upon this 350Z. It was love at first sight with the exterior style and contrasting interior motivating Joop to purchase the car without further delay. The rest, as they say, is history. 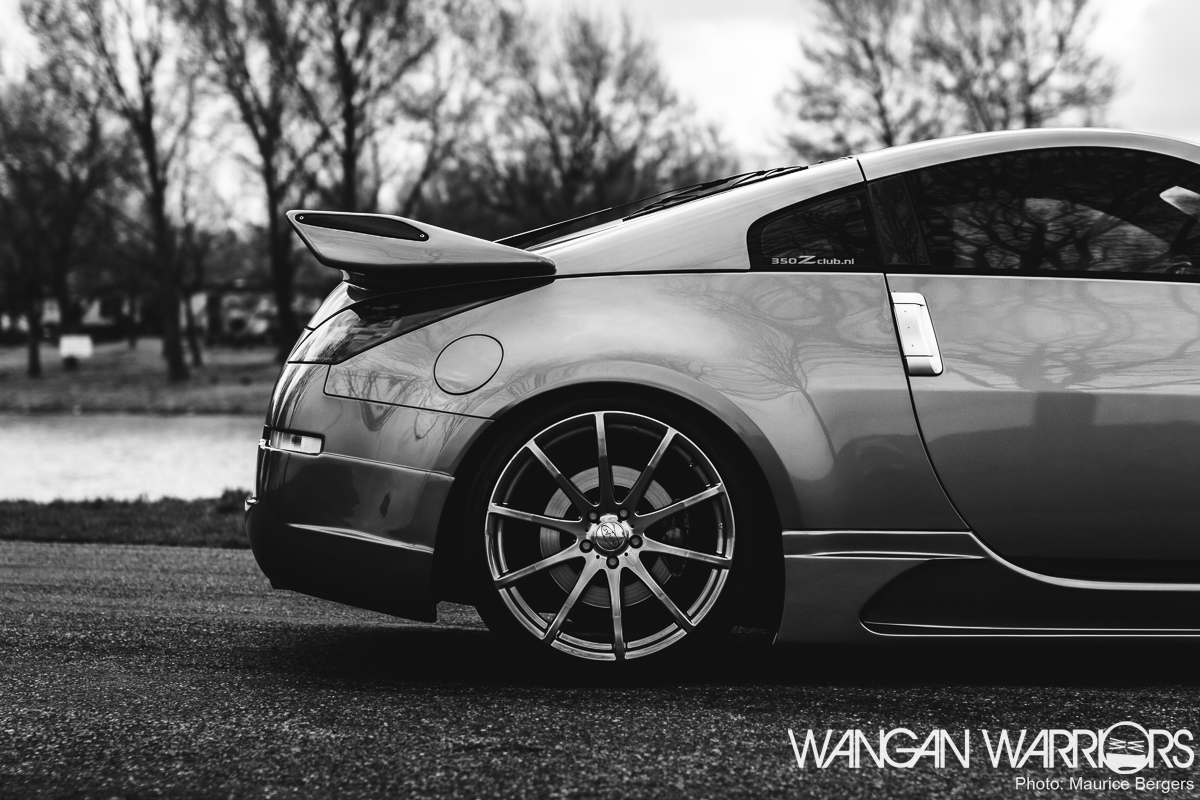 With the car back home the first thing that was done was make the car sit pretty. Being a firm believer of “the wheels make the car” Joop set out to find a wheel that would match his style. J&R Cardesign supplied the Privat Vulkan wheels and some spacers to make the car sit just right. The car was also lowered on a set of KW coilovers to complement the new wheels. 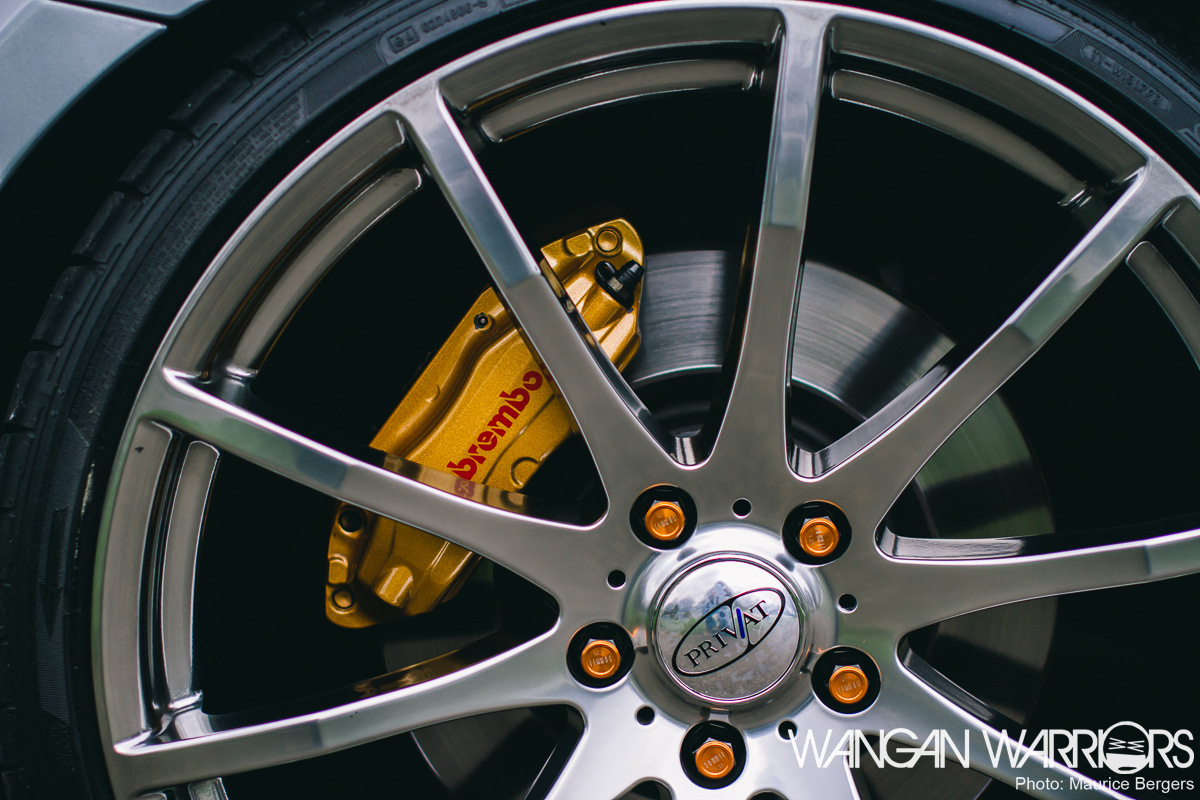 Another look at the wheels. Braking is handled by the more-than-capable OEM Brembo 4-pot brakes. A nice detail are the wheel nuts which are anodised in our national colour, orange! And as you’ll find out later in this feature Joop is quite fond of his orange… 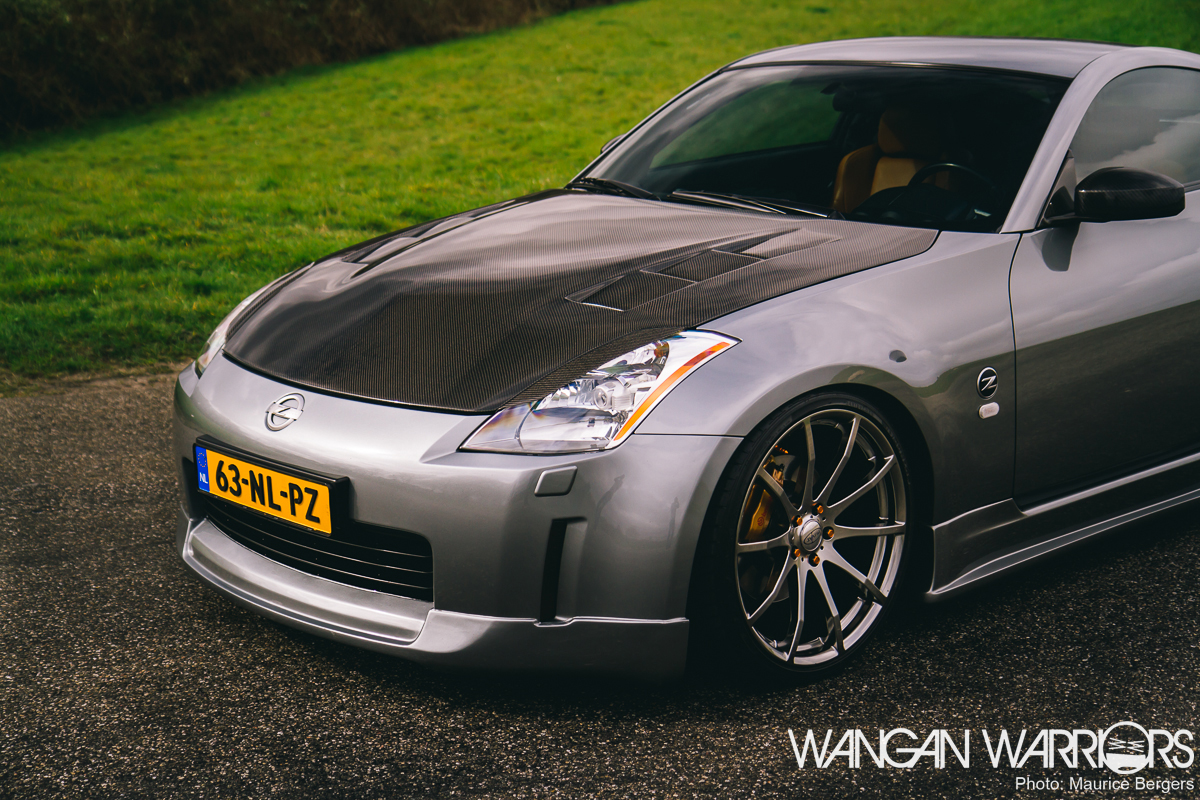 After changing the wheels Joop decided it was necessary to add some aggressiveness to the exterior of the car. A front and rear lip and a set of sideskirts were sourced from the United States to further enhance the aesthetics. Carbon fibre eyelids were also added for good measure. 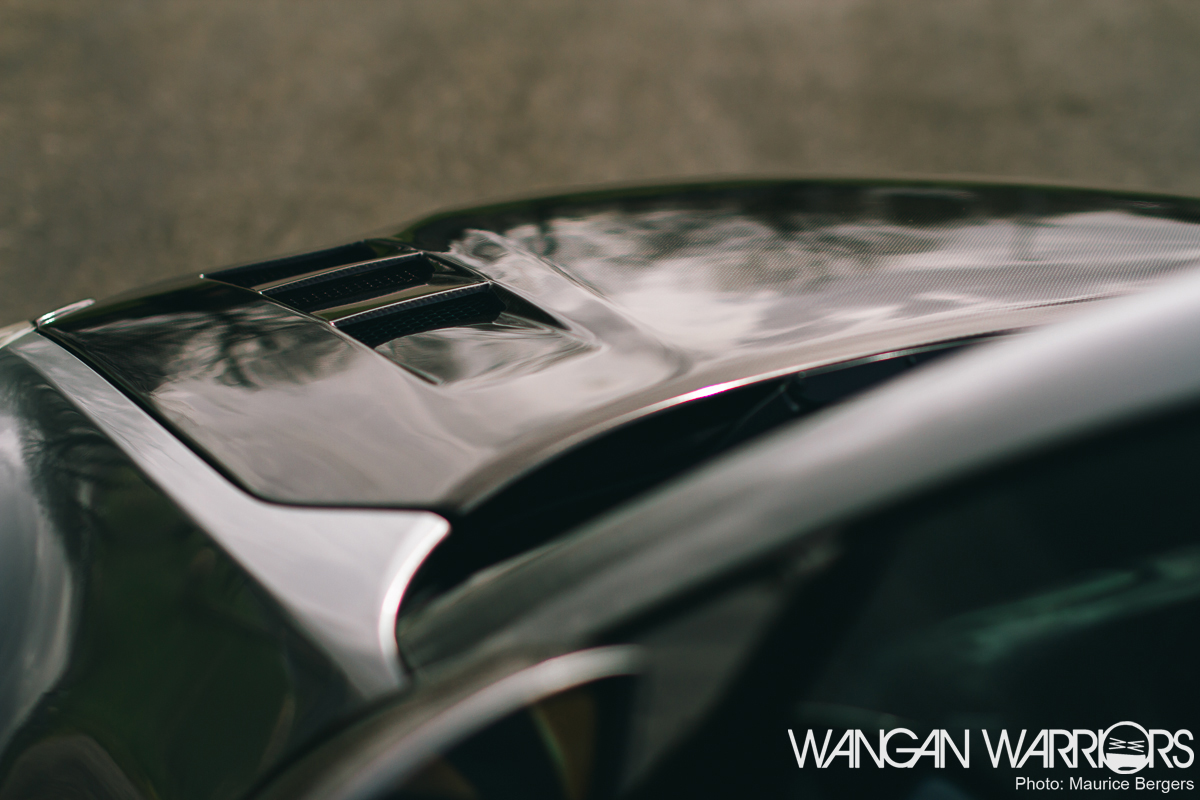 A vented carbon-fibre bonnet was also added to save some weight and reduce under bonnet temperatures. And let’s be honest; who doesn’t like a healthy dose of shiny carbon every now and then? 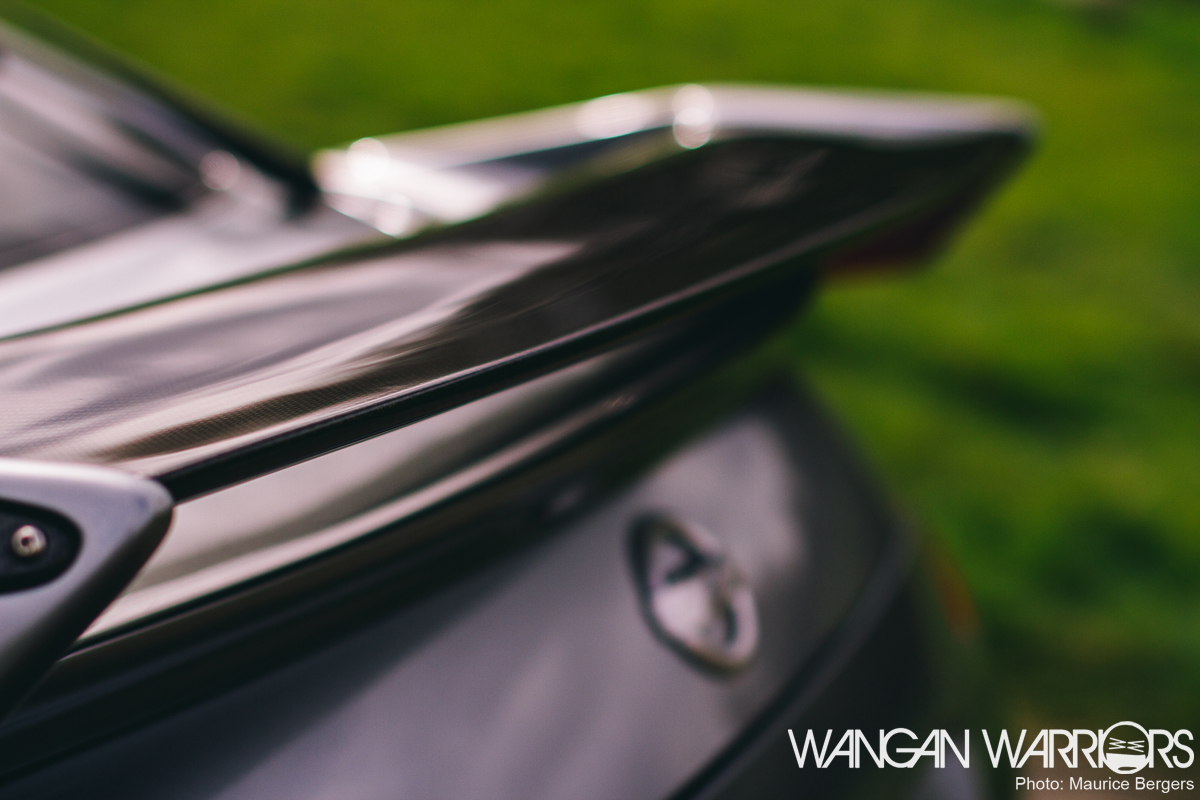 The love for carbon-fibre doesn’t stop at the front though. Along with carbon-fibre mirrors a carbon replacement for the stock rear spoiler was sourced too to complement the rear of the car. 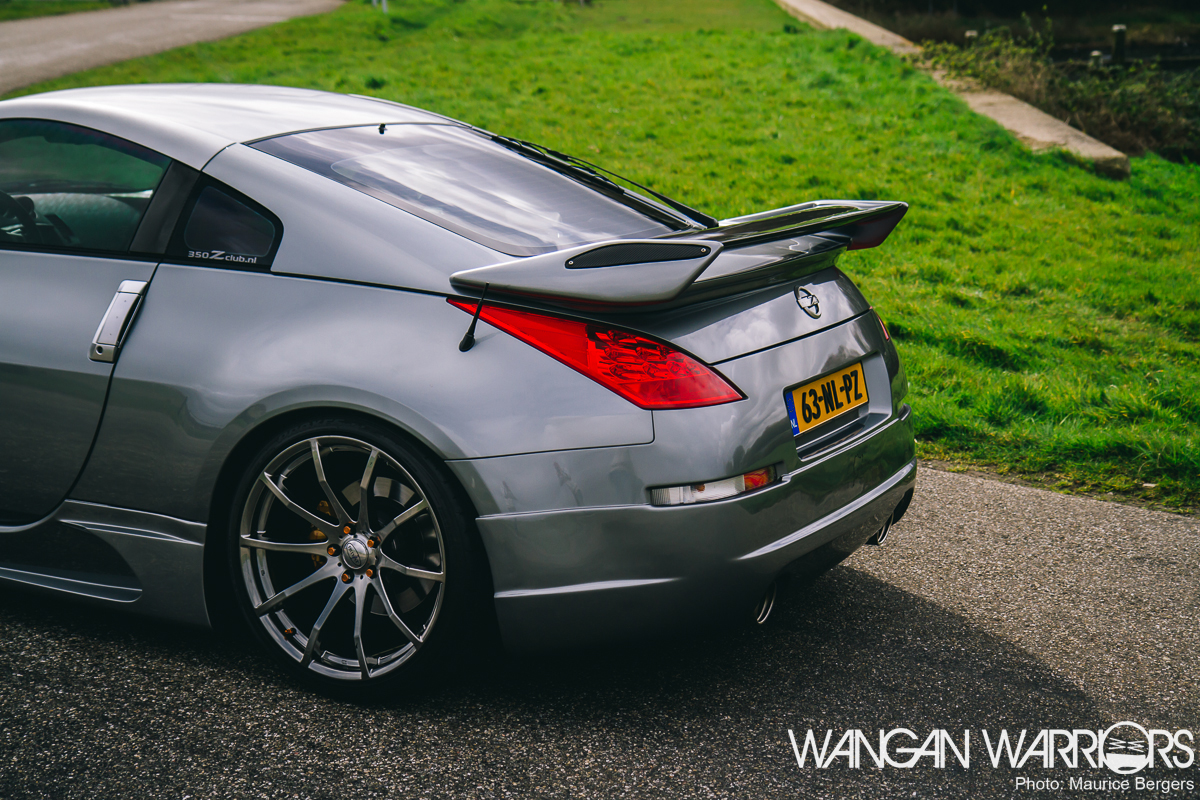 Speaking of the rear, the stock rear lights were swapped for some facelift ones to better match the style of the car. Also, dat ass. 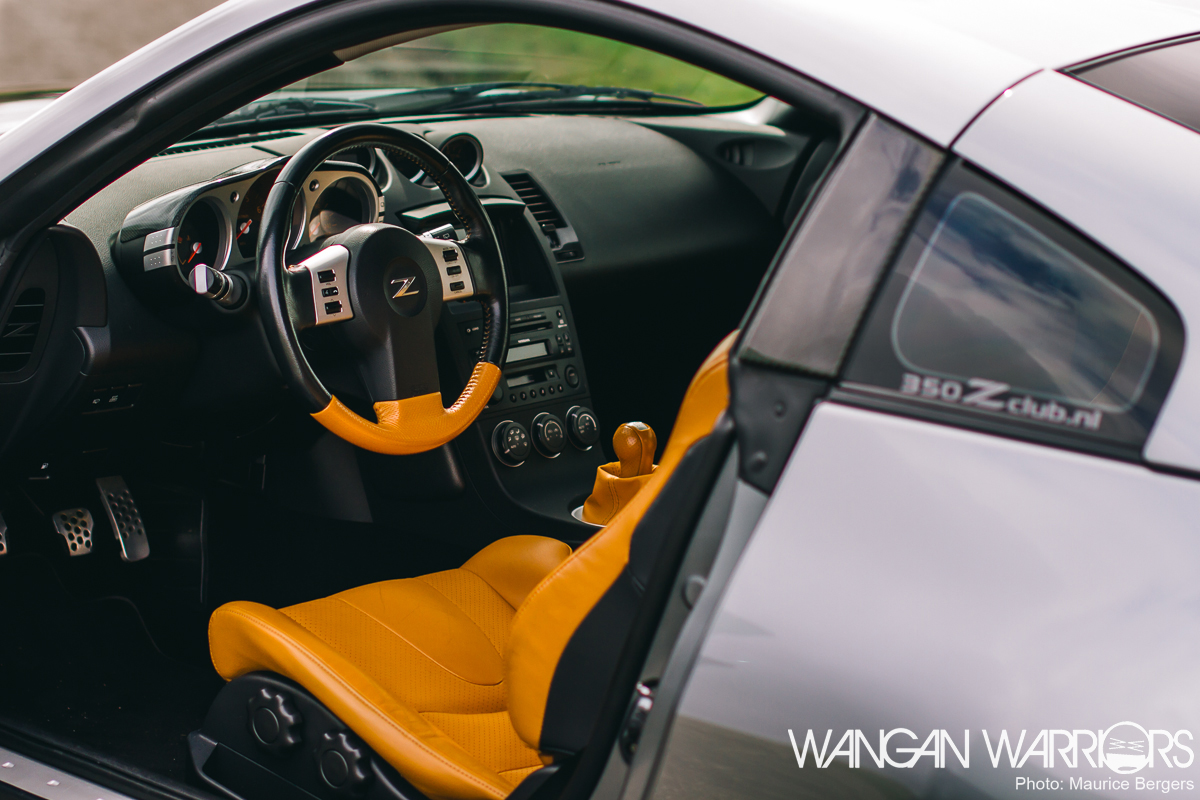 Moving on to the interior, the contrast of the orange against the silver and black was one of the decisive factors when Joop bought the car. To improve gearshifts a Nismo shortshifter was installed too. 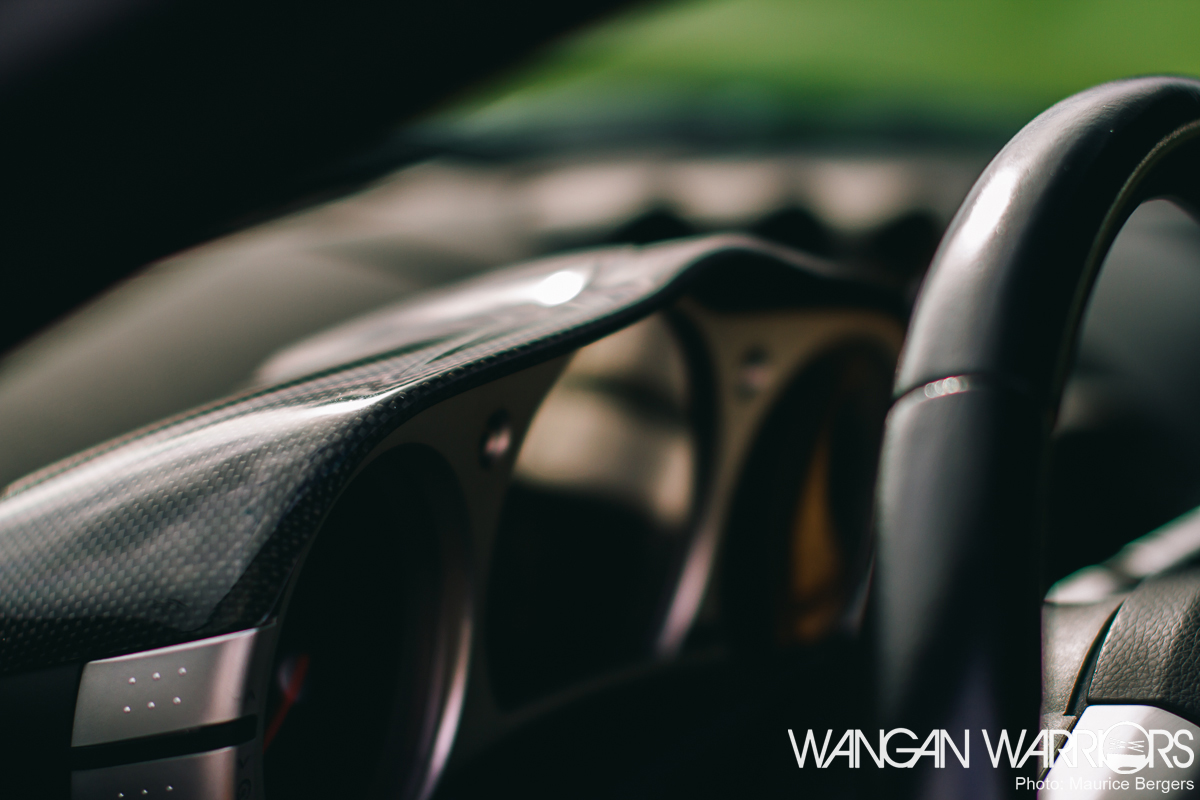 Suprise surprise, some more carbon! The cluster surround as well as the gaugepods in the centerconsole are of the carbon variety. 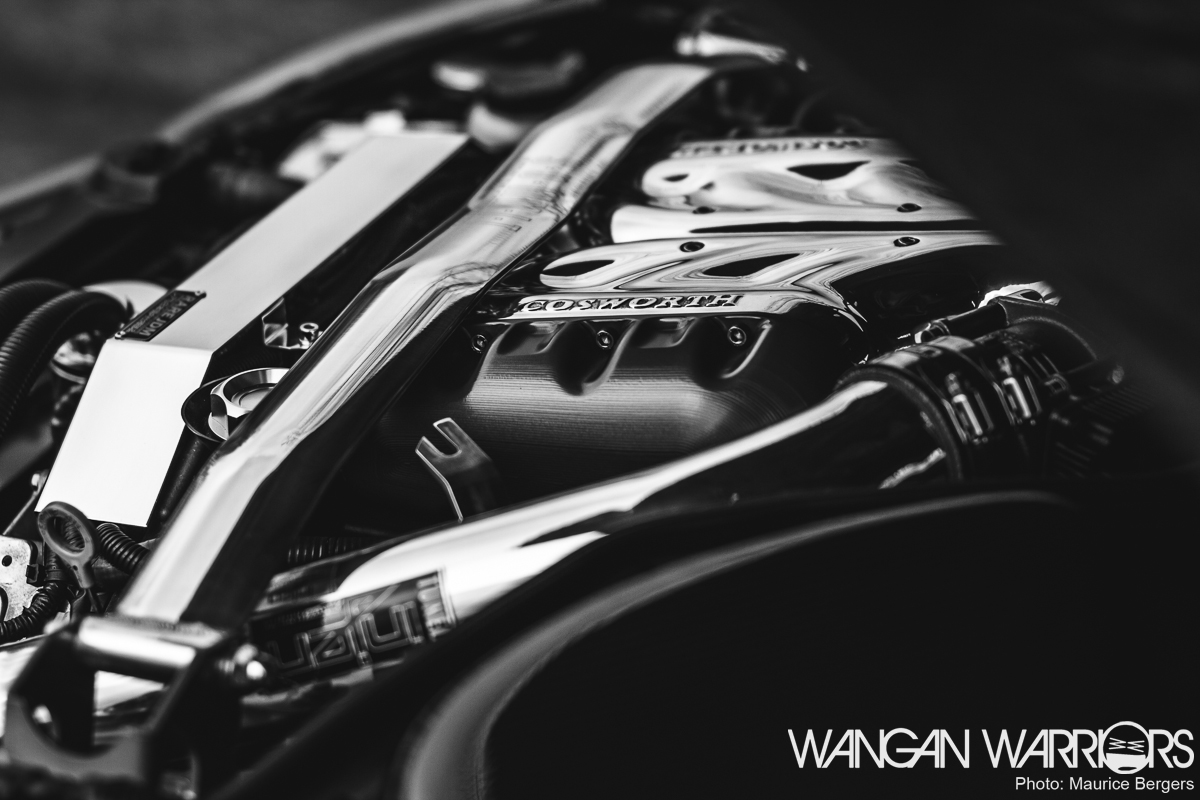 Ah, the venerable VQ35DE. Whilst not as famous as the earlier 6-cilinder engines from the Nissan stable no one can deny it’s a great powerplant. With a capacity of 3,5 litres there is no shortage of torque whilst it screams all of its 280 horses all the way up to the revlimit. Given its all-aluminium design it’s around the same weight as an SR20 making it ideal for sportscars, and the Variable Valve Timing allows you to drive reasonably economical if you wish to. 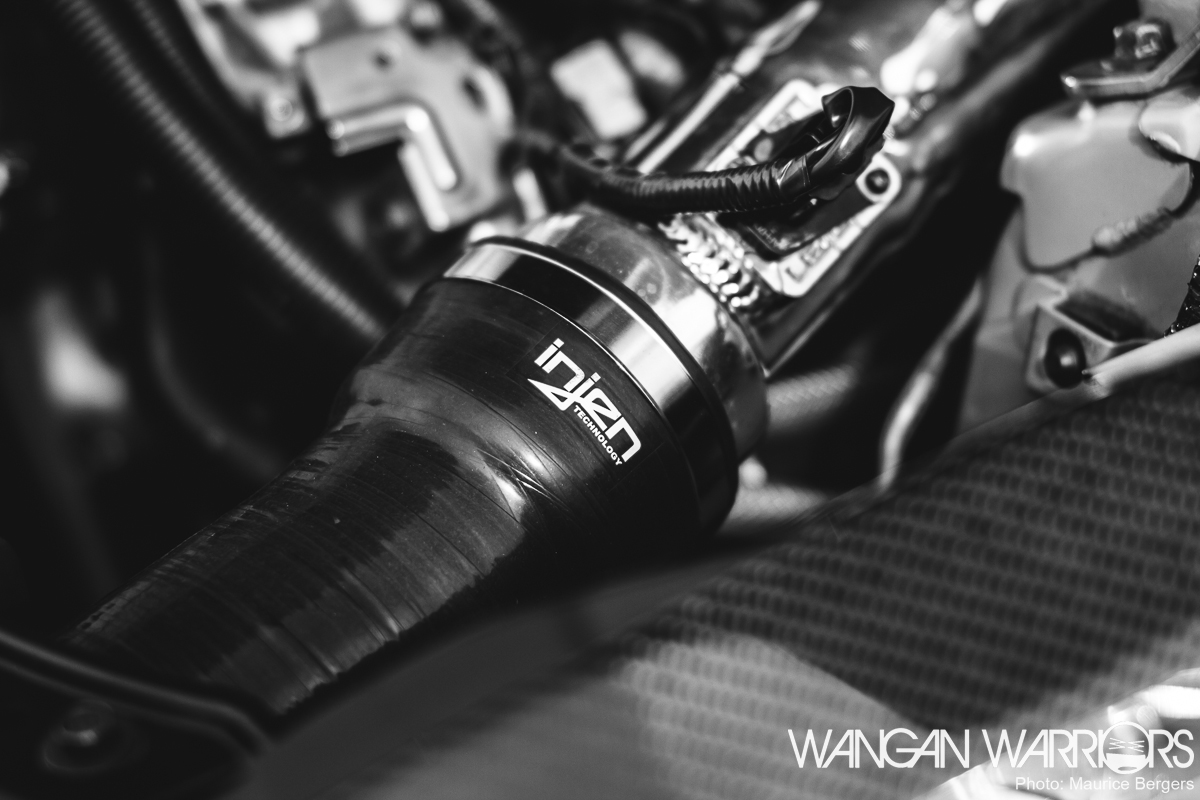 Still, Joop decided some changes under the bonnet were in order. To improve the sound of the engine and to extract the maximum out of the VQ an Injen cold-air-intake was installed. This, together with a full Invidia exhaust system, gives the 350Z a nice and deep roar. 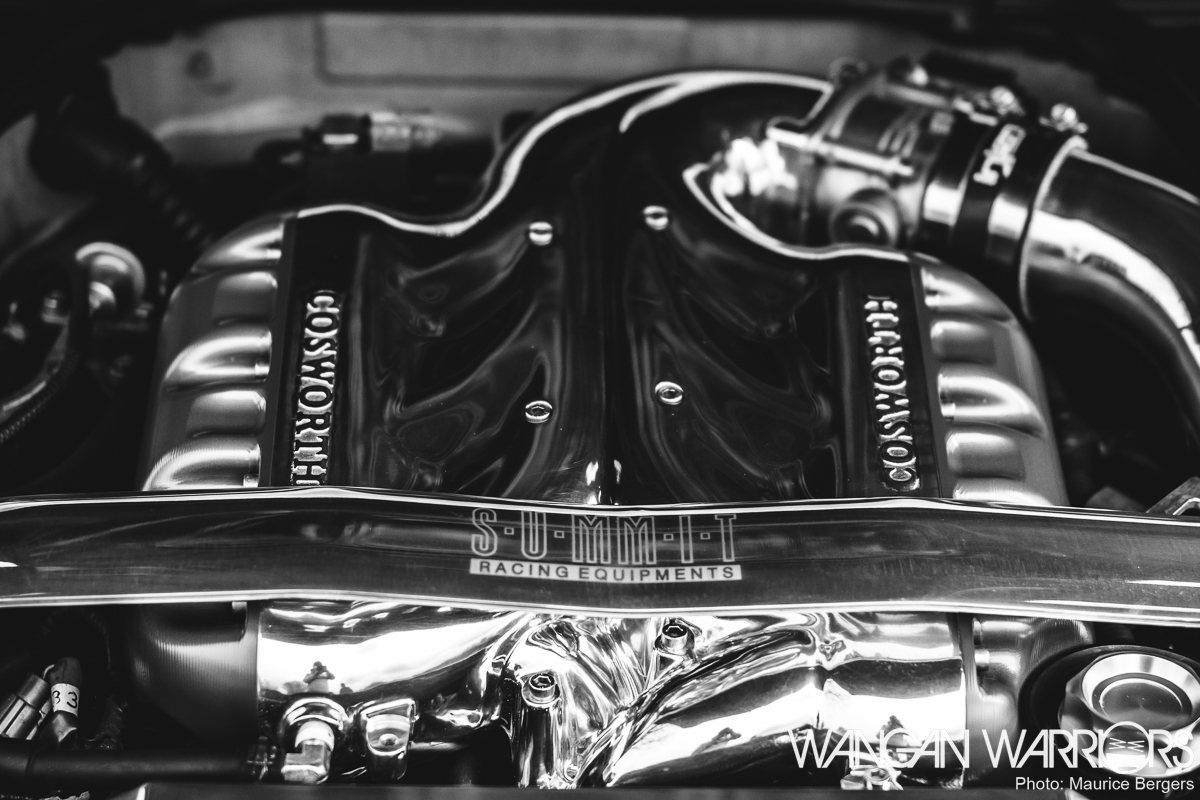 The pièce de la rèsistance in the enginebay is the Cosworth plenum. It looks good and it functions, what’s there not to like? Also thrown in the mix is a Summit suspension brace, a Rare JDM engine cover, an oil catch can to get rid of any unwanted blow-by and a remote coolant reservoir to keep the fluids in check. 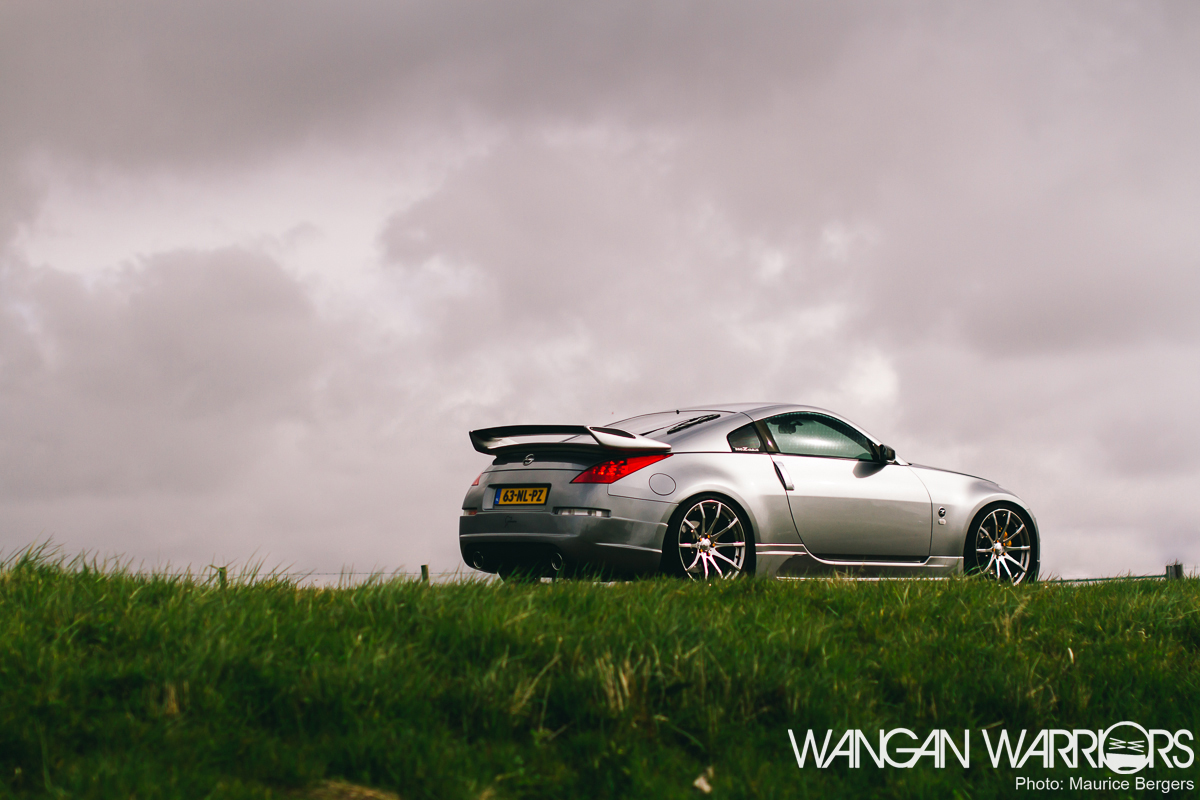 The 350Z isn’t a very popular in The Netherlands, and I personally think that’s a shame. They drive very well, they are well built, with the right mods they are pretty darn sexy and they’ve become quite affordable as of late. 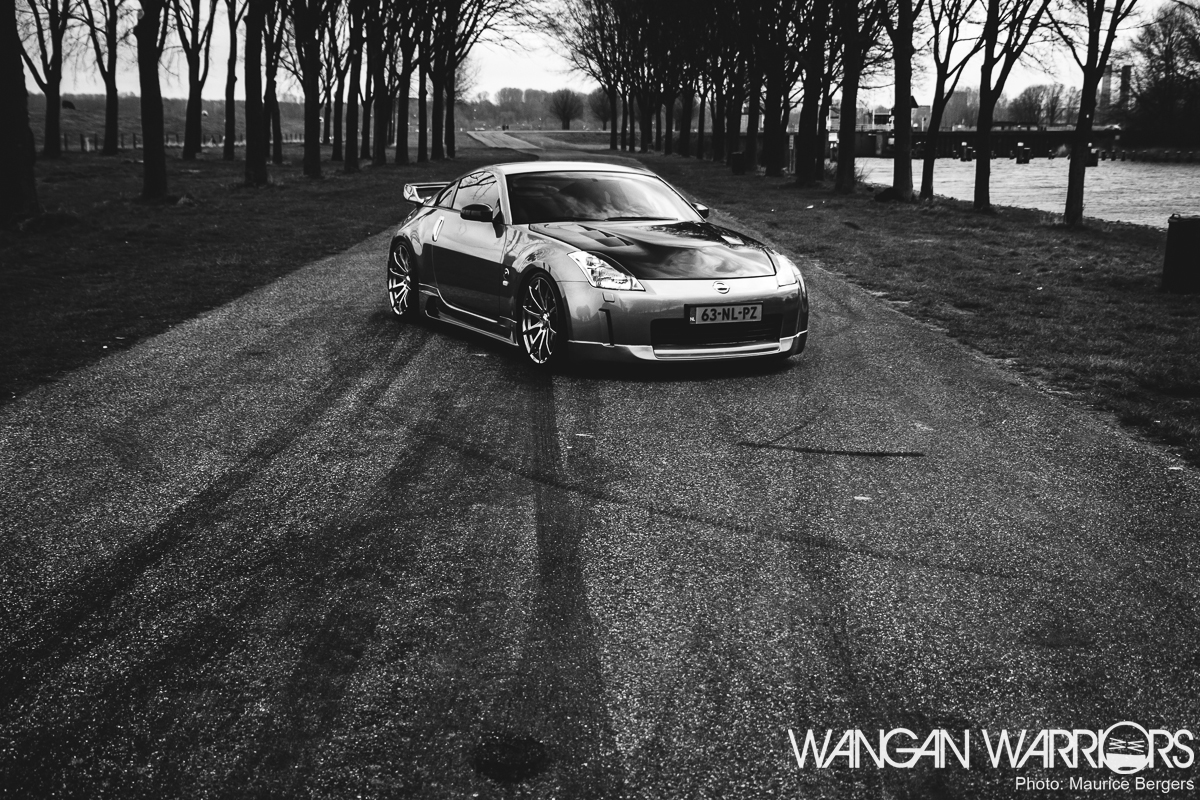 All in all Joop has managed to build a car that perfectly fits his taste and is a reflection of his style. And isn’t that what all of us car-nutters share, the passion to create something that reflects who we are?