This may become some sort of a series. As my last article on the Nürburgring 24 hour race, I’m continuing with sharing my 24 best images of the Spa Francorchamps 24 hours. I’ll try and give you the best representations possible of how I saw this race through my viewfinder. 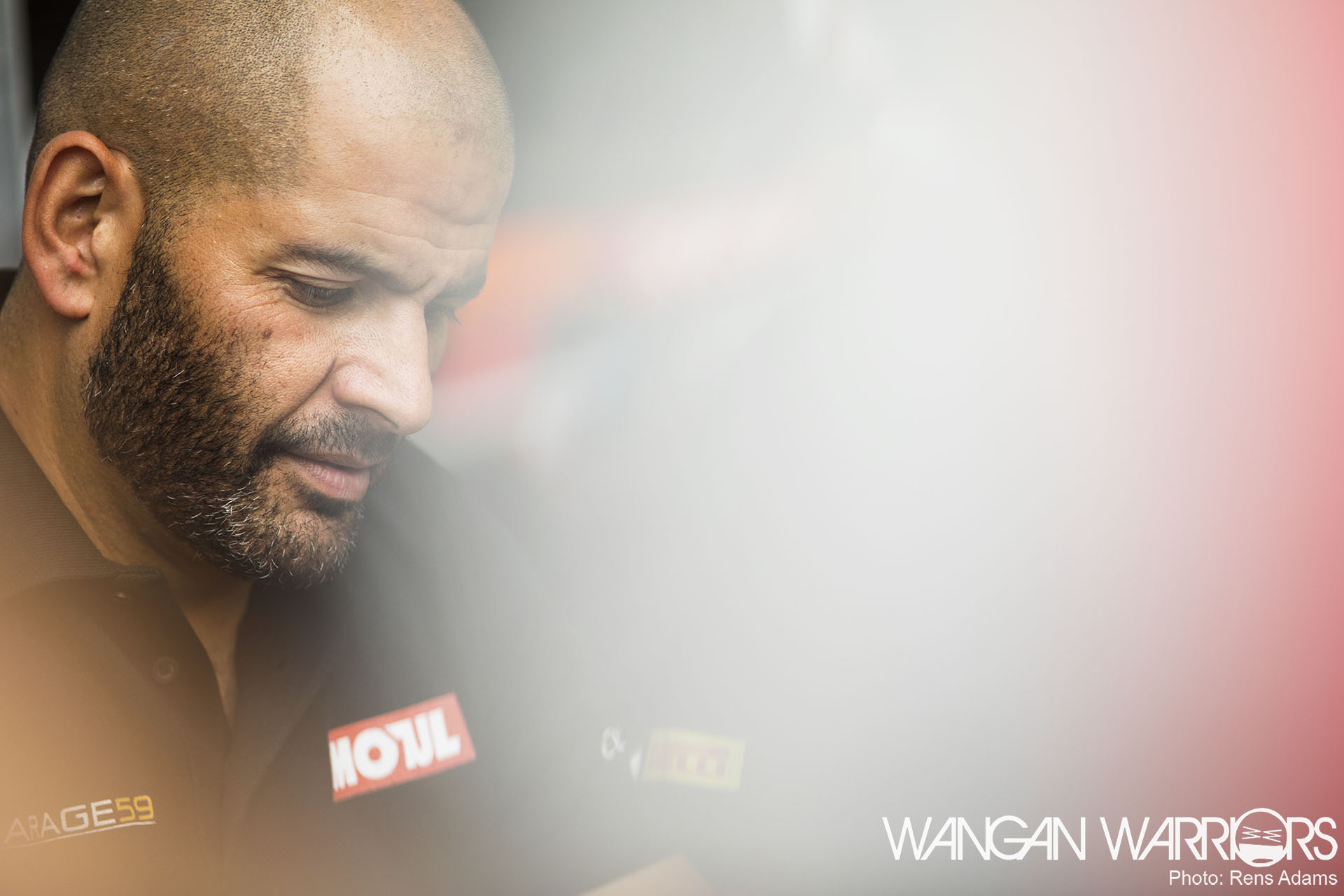 I’m happy to have captured this legendary GT3 endurance race for the third time in a row now and I hope that many years will follow. Why do I love this track and this 24H race in particular so much? 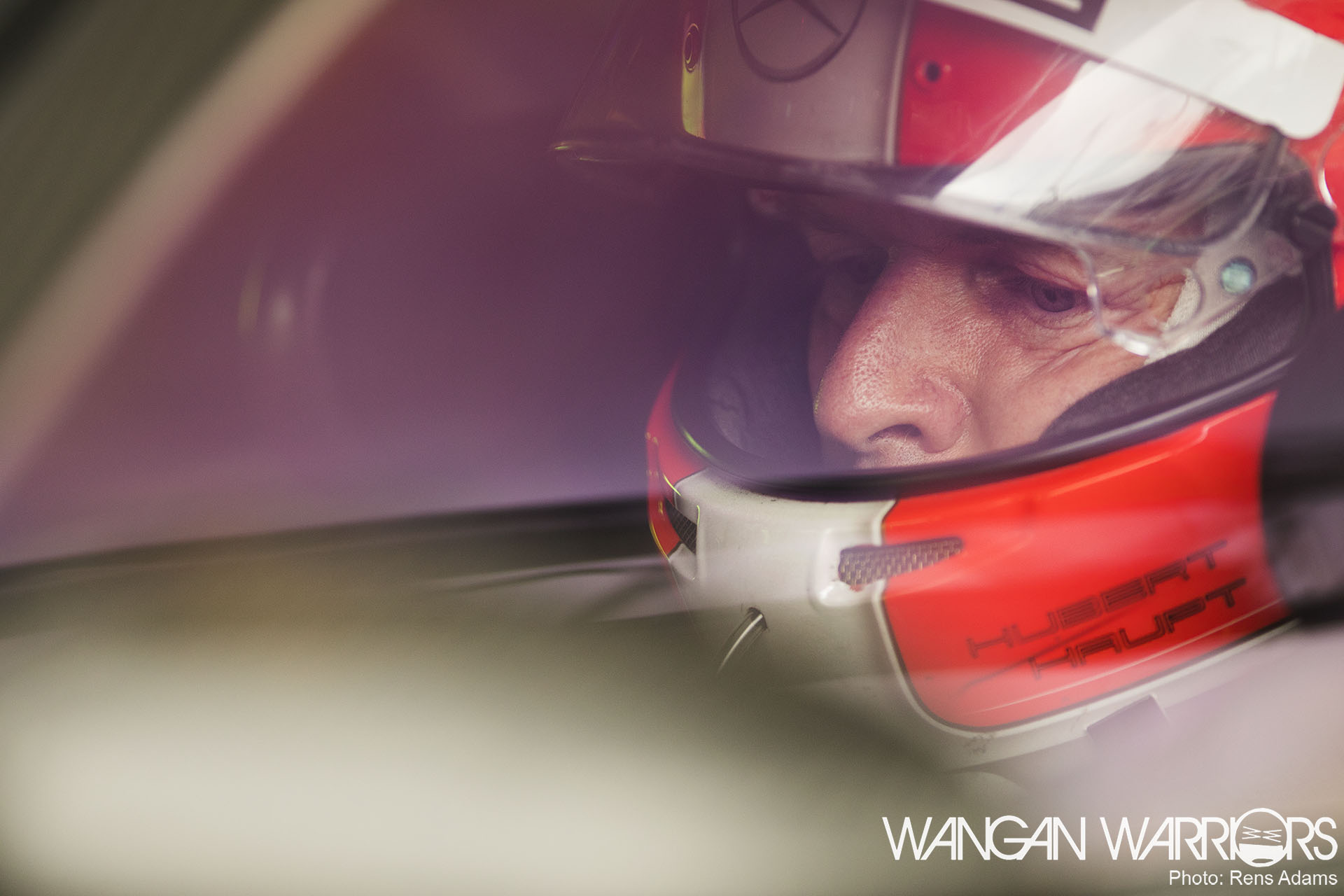 Unfortunately I’m unable to give you just a single sentence answer to that question. Spa Francorchamps has something magical, something historical and romantic that just leaves a lasting impression. The surrounding Belgian Ardennes also give it the right setting and makes you realise you’re not in just your avarage flat racetrack. It really is more than that. 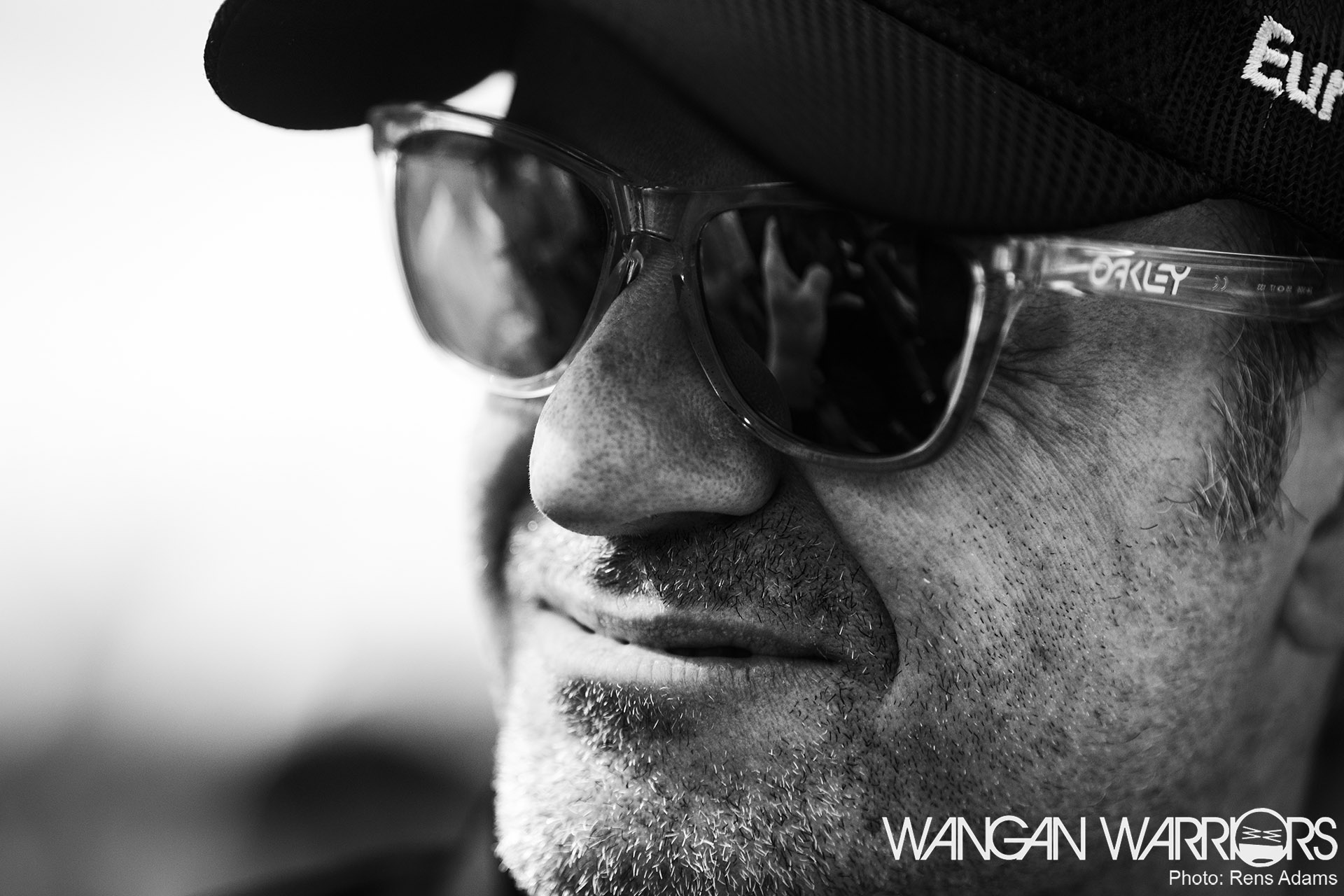 The racetrack is easy to shoot in my opinion and by easy I mean you’re seriously able to shoot the entire track with just a single 200mm lens and maybe a wide allrounder by your side. I catch myself being guilty of using my 200mm 2.8 canon lens for about 90% of the time. 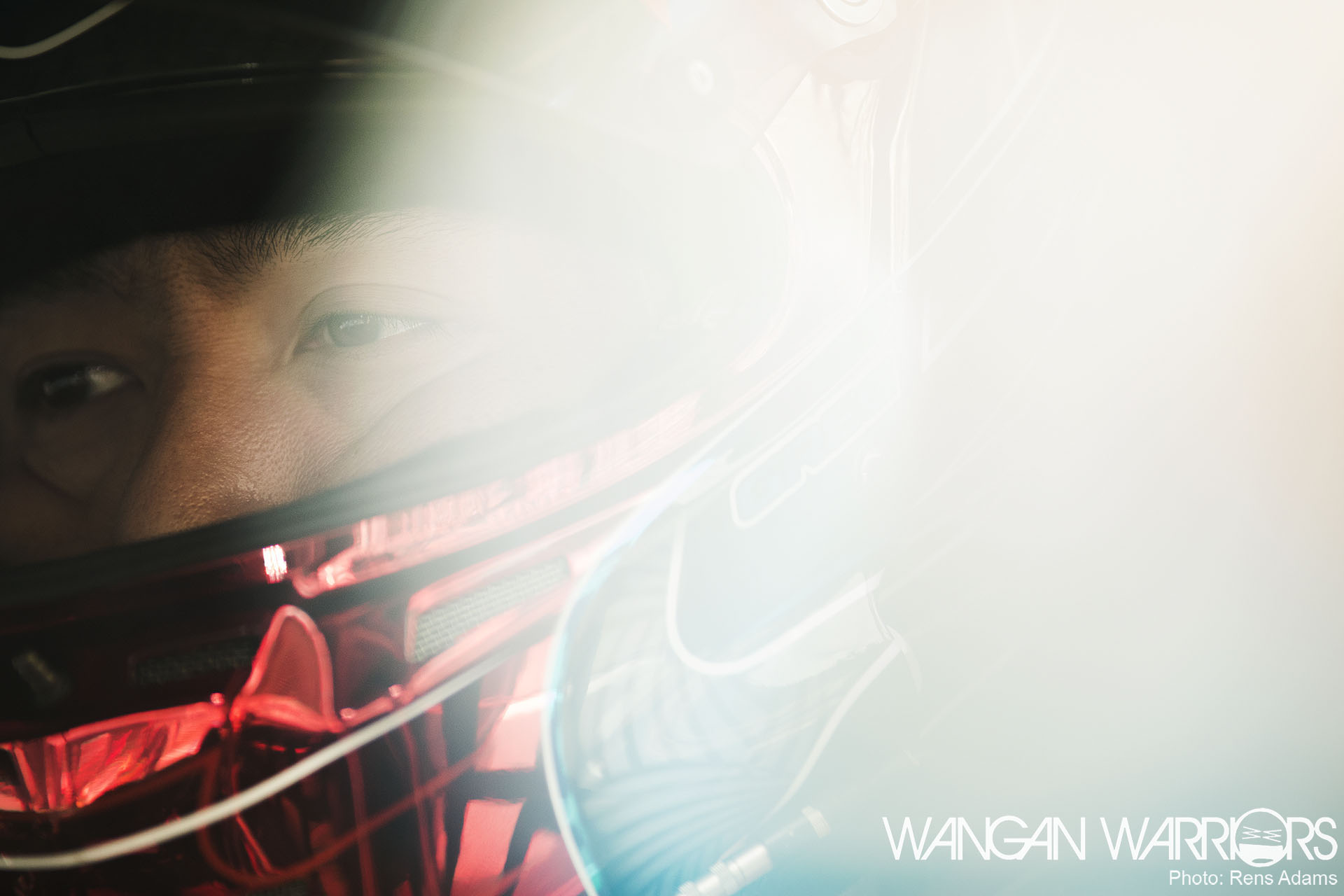 I’ve become obsessed of capturing faces at racetracks. I prioritize it over the action. Again, don’t ask me why. I don’t have just a single sentence answer to that question either. It somehow became part of my creative process and way of working. 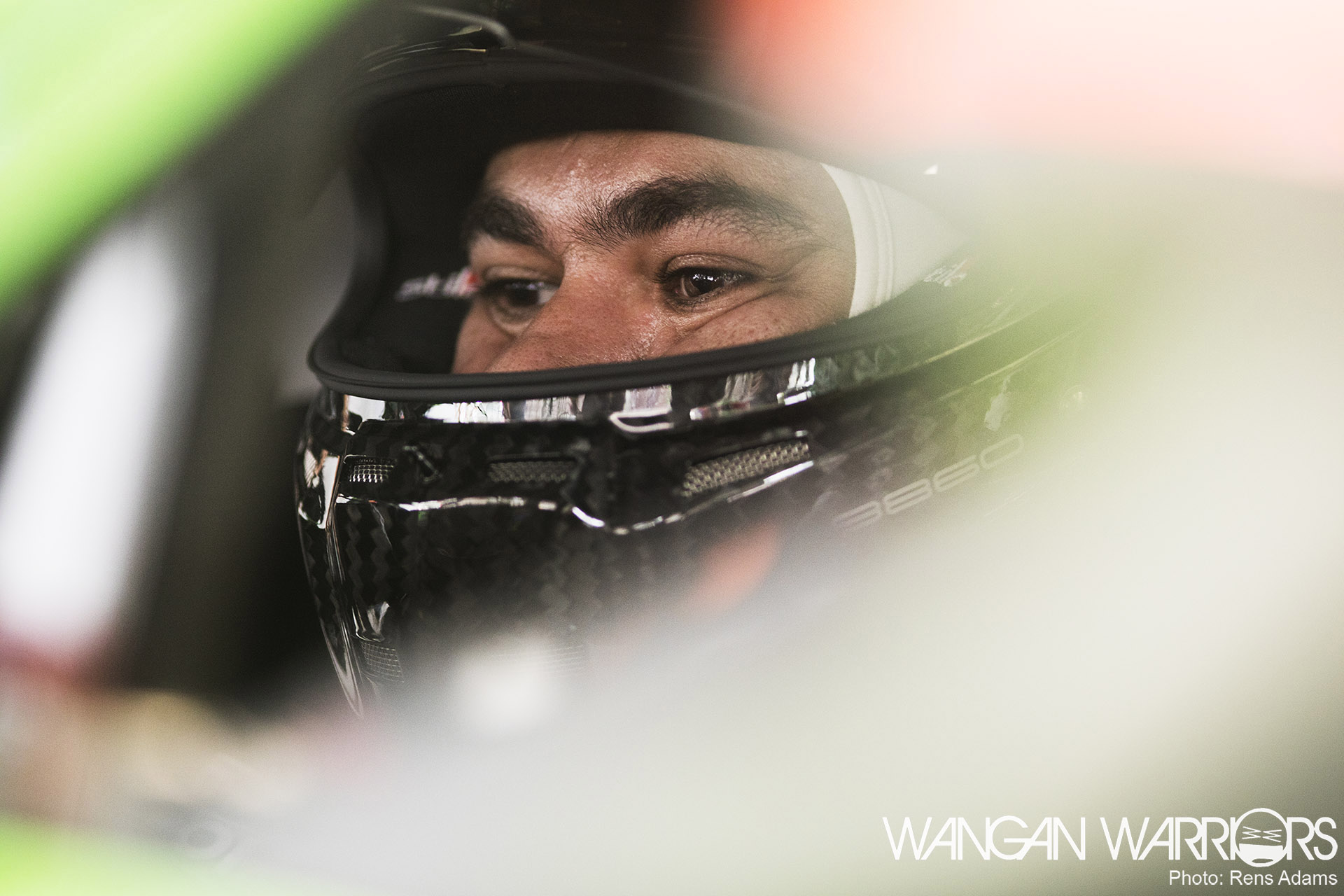 I usually check the entry list and write down known racing drivers or drivers I really want to capture. Sometimes I Google people to see their achievements and check if our paths may have crossed in the past. There were a couple that stood our for me just based on my personal interest. 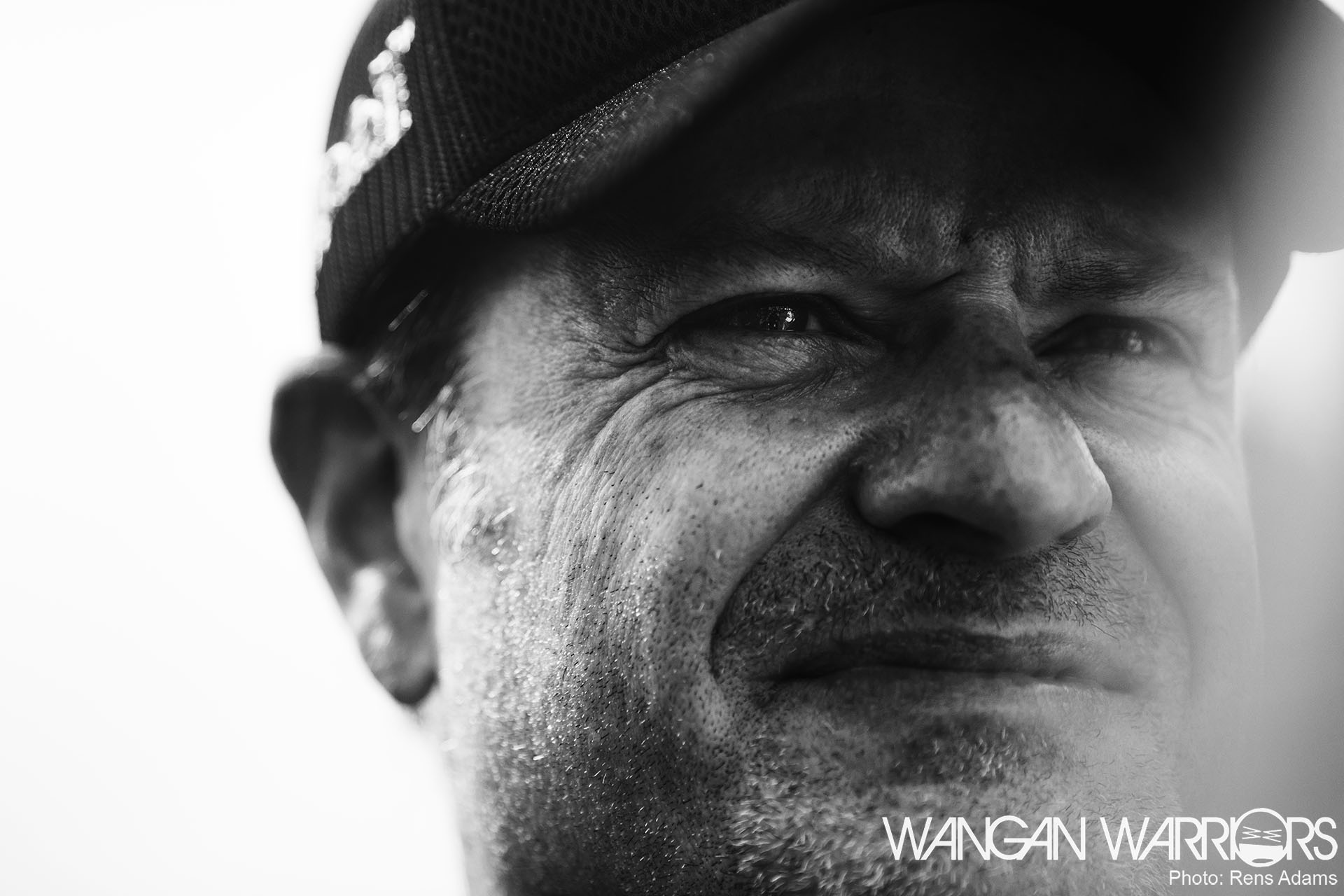 I really needed a couple shots of the world wide know Rubens Barrichello. His Formula 1 carreer speaks louder than any words could describe his achievements and experience within motorsport. He was a lot shorter than I thought he’d be. I used my 200mm to capture a few pictures of him because there was no way of coming real close. He clearly was a person of interest on the starting grid. 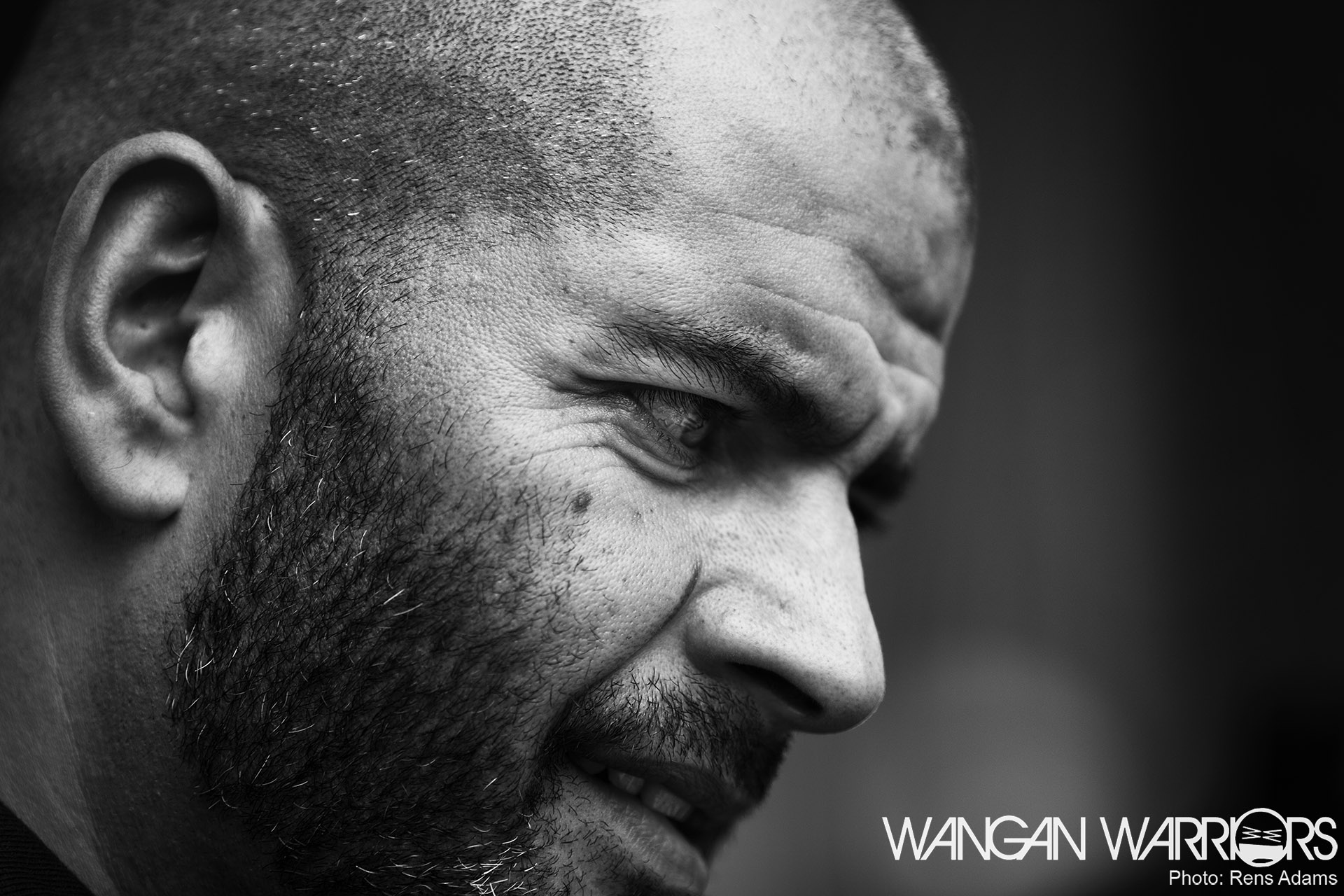 Another individual I wanted to capture on sensor was Chris Harris. Know of many journalistic activities in motorsport and now host of Top Gear. His view on cars and motorsport in general always interested me and he has an entertaining and engaging way of transfering his passion to the viewer. 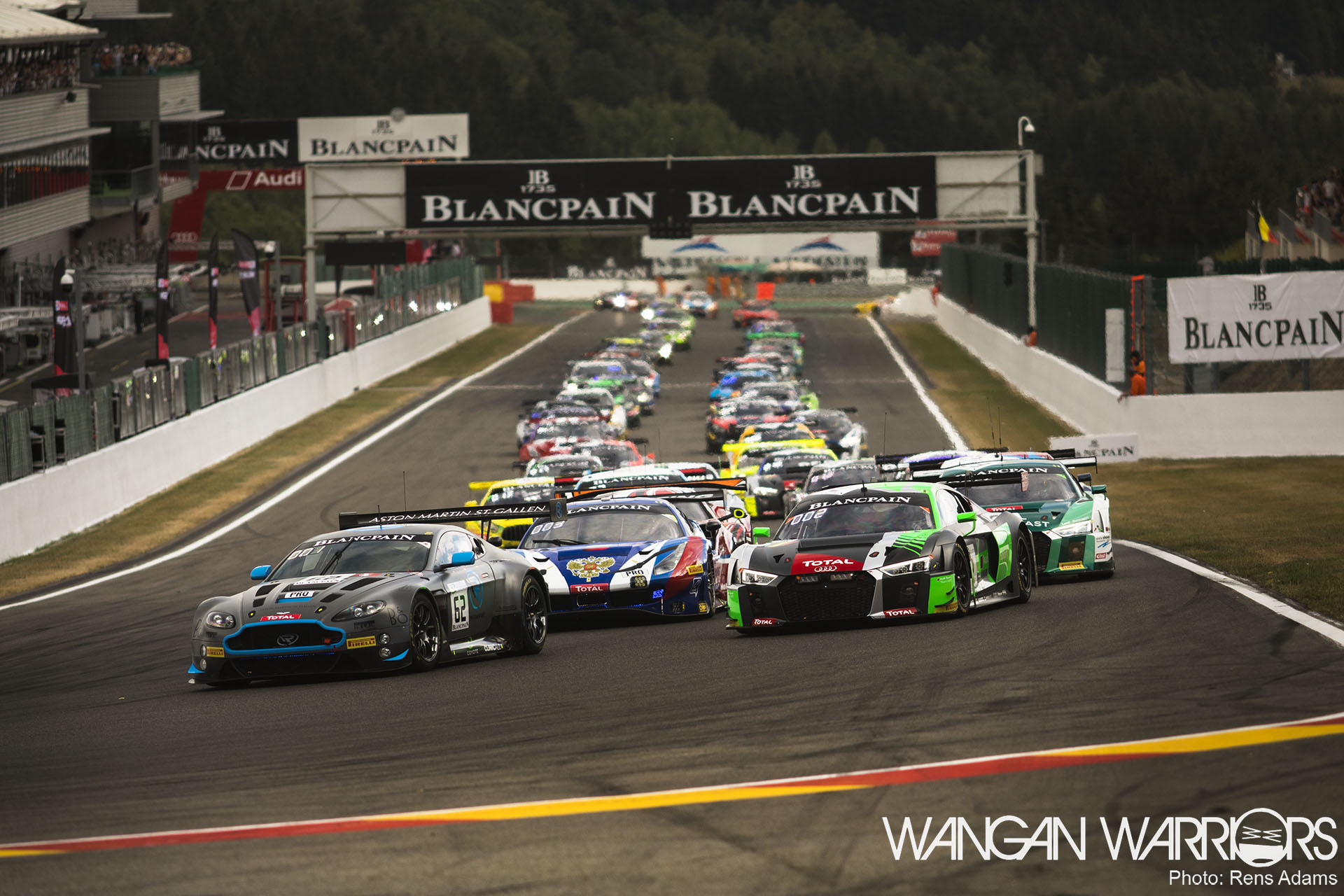 The start is always something special. This is the point where you realise that you’re in this for the next 24 hours and for some reason it’s the best feeling there is. 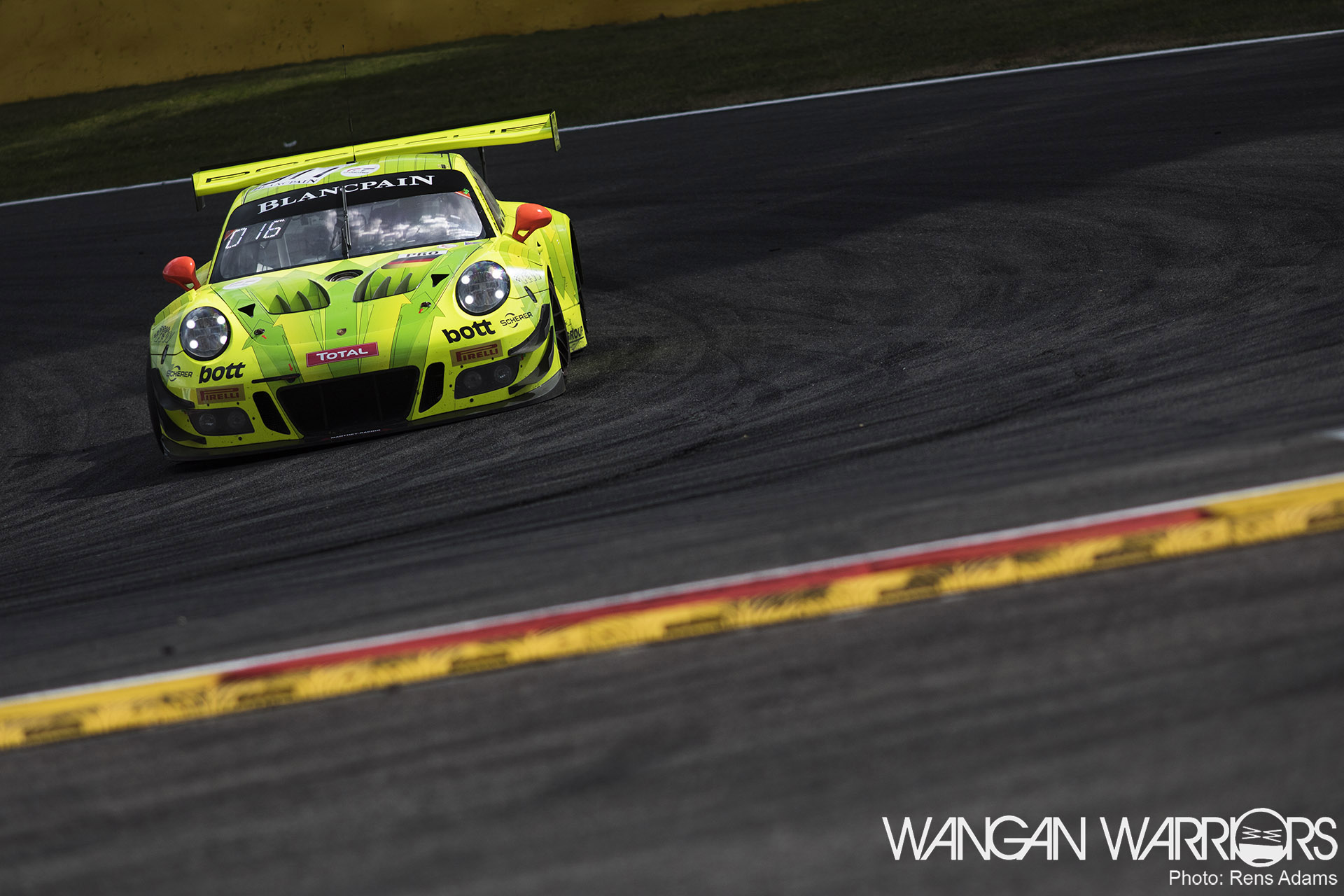 Even though these endurance race weight quite heavily on your energy and physique, it truly is worth all the effort. There is just no way getting the same results in one single race as is possible with a 24 hour endurance race. 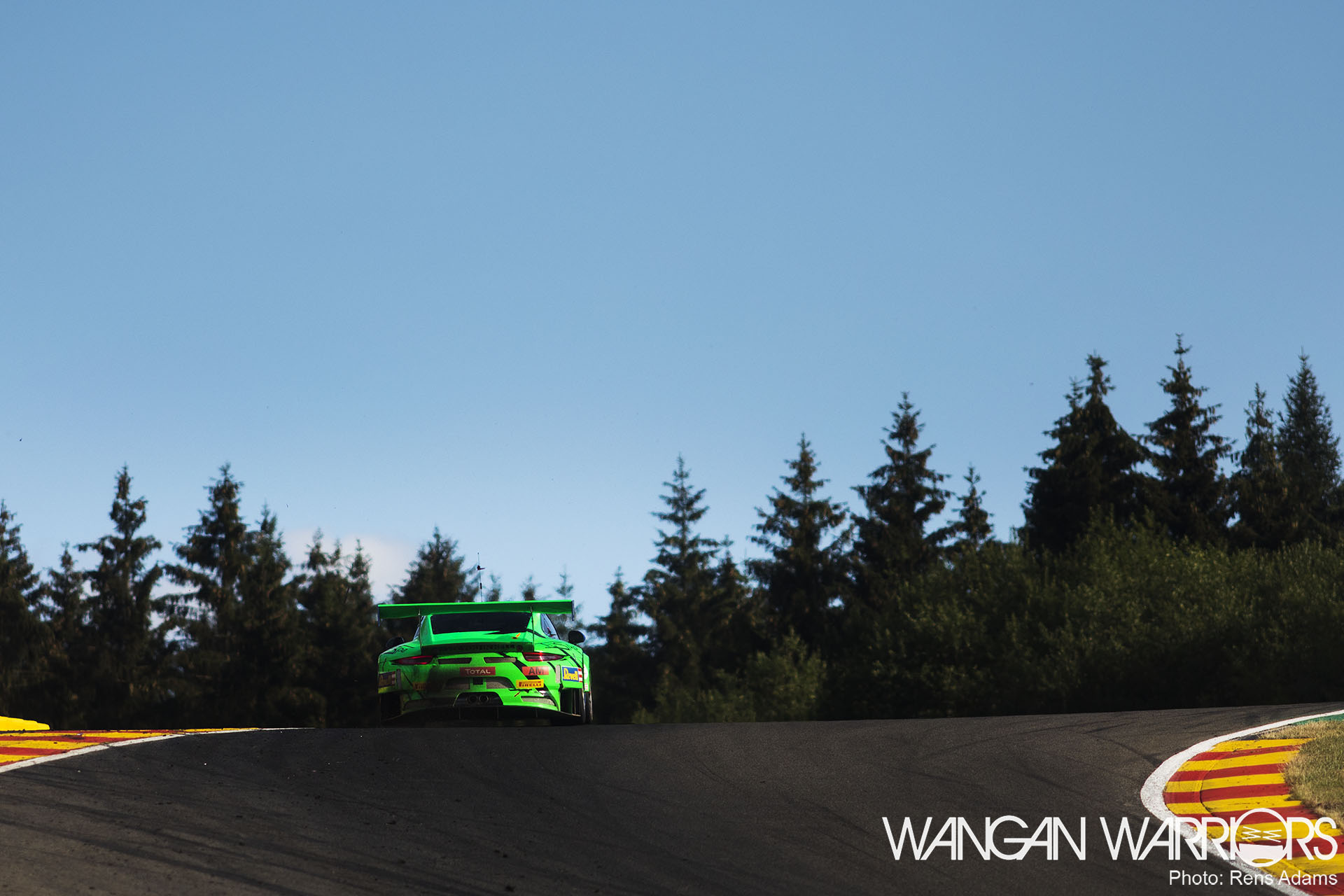 For some reason I started really focussing on shooting endurance races and I’d be happy to get as many done as possible in one year. 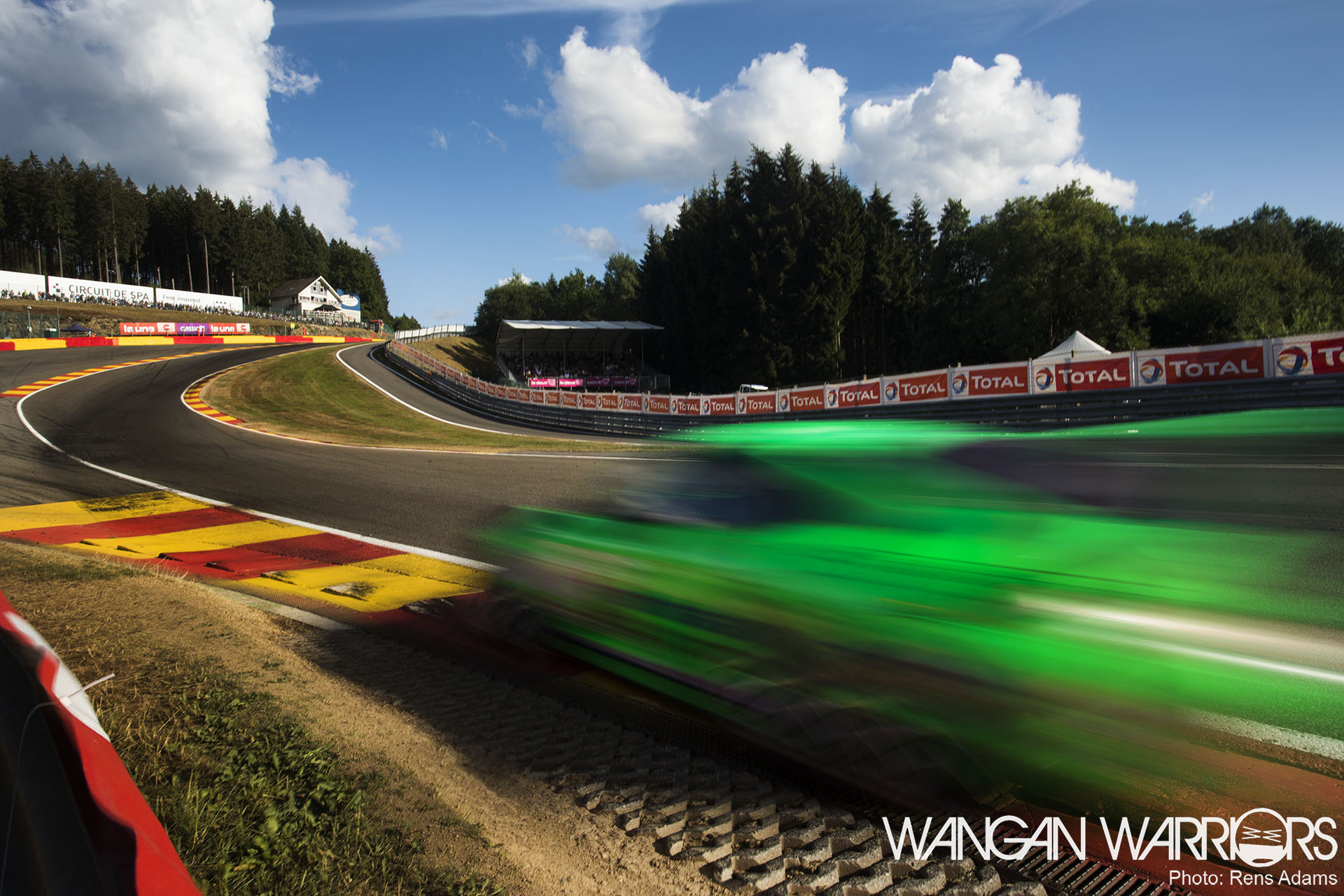 The love I’ve developed for the Nürburgring over the years is slowly being surpassed by the love I’ve grown for Spa Francorchamps. Both tracks are so close to home for me and became close to my heart. 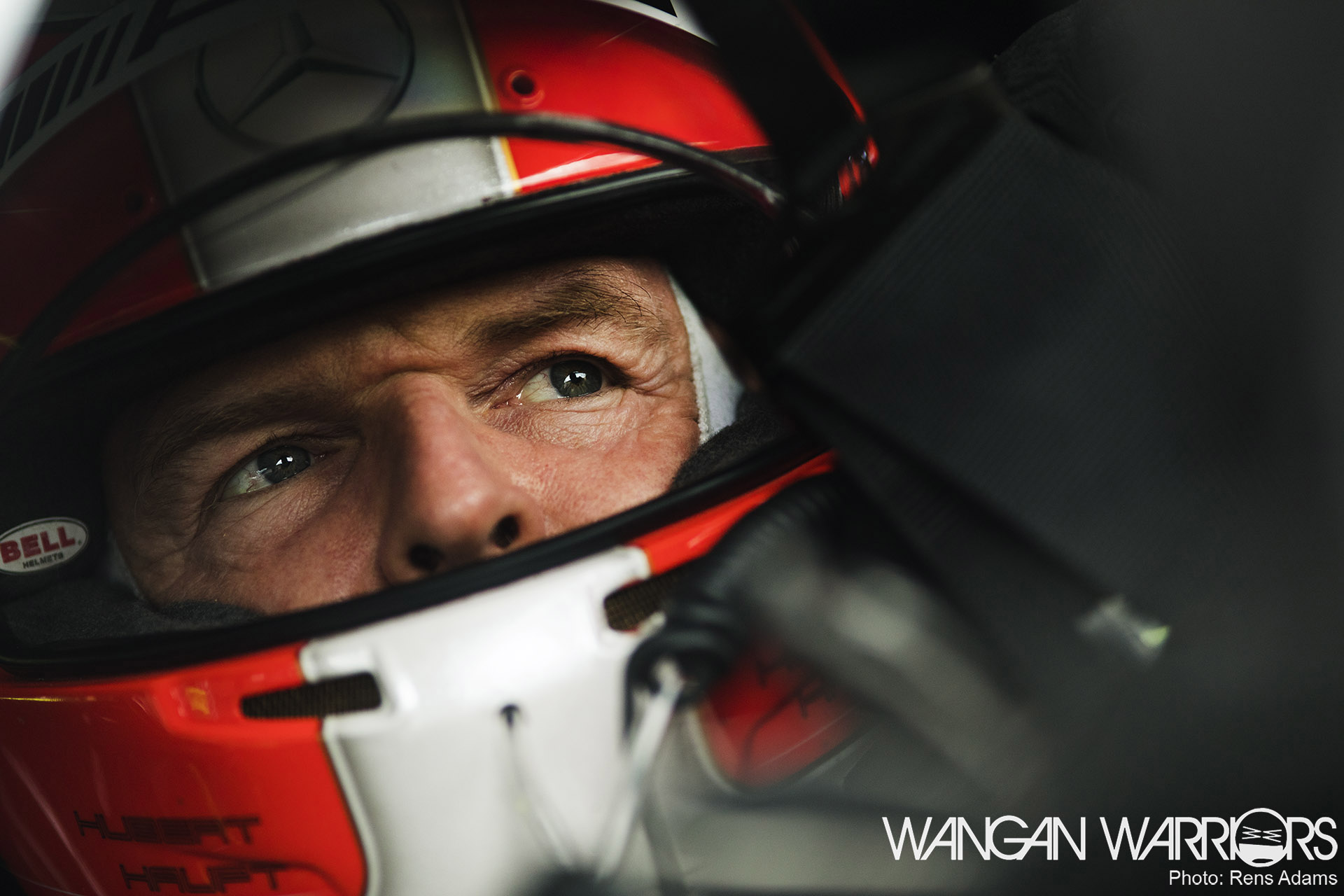 It’s not only the distance though but it’s nice to know that both tracks are within a 90 minutes drive which is a luxury at its own. 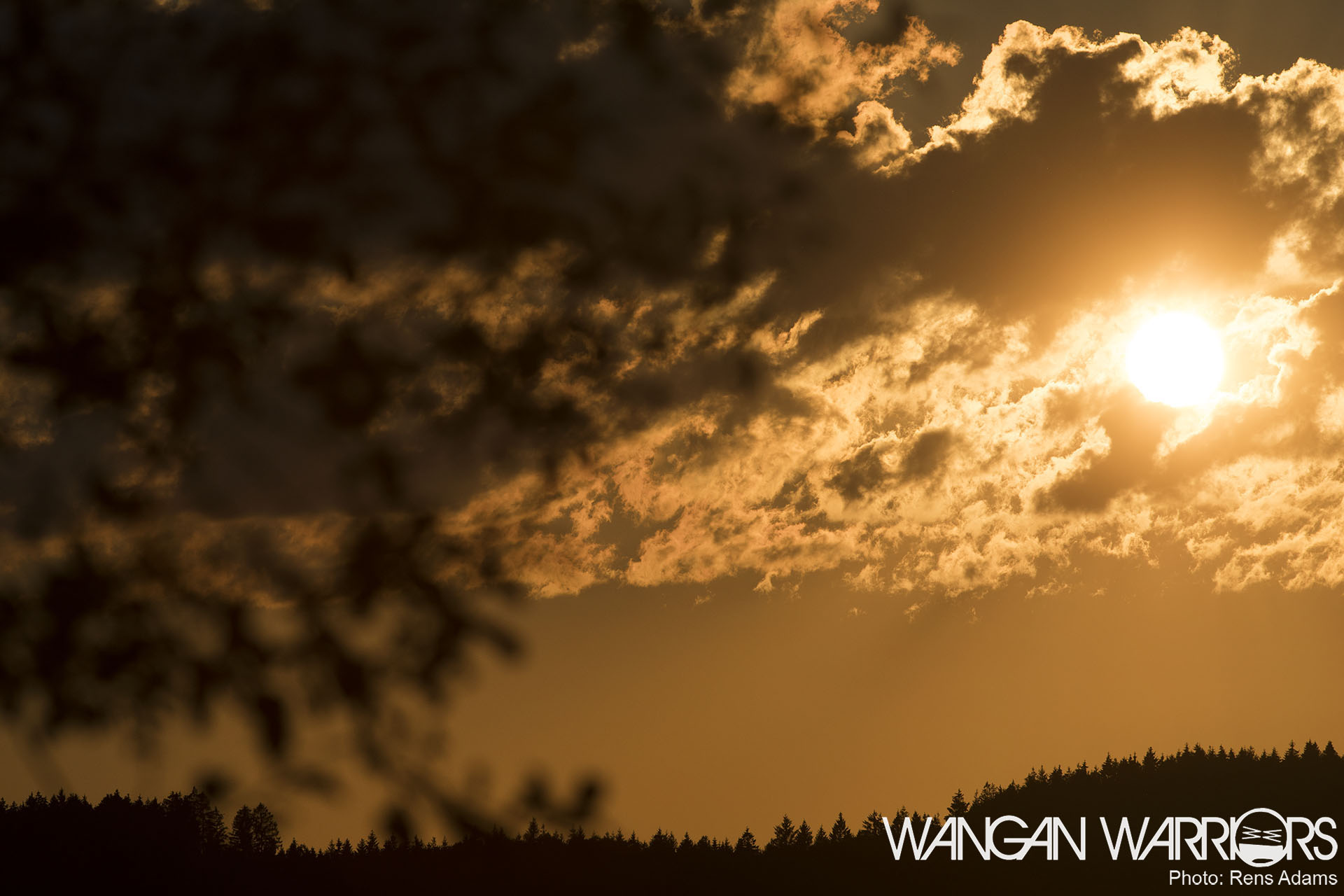 But let’s talk about light a little more. The golden hour is a must shoot moment at any race if there is the possibility to shoot in this golden light. It was a race against the clock to reach the right part of the track to get the most out if this brief moment of gorgeous light. 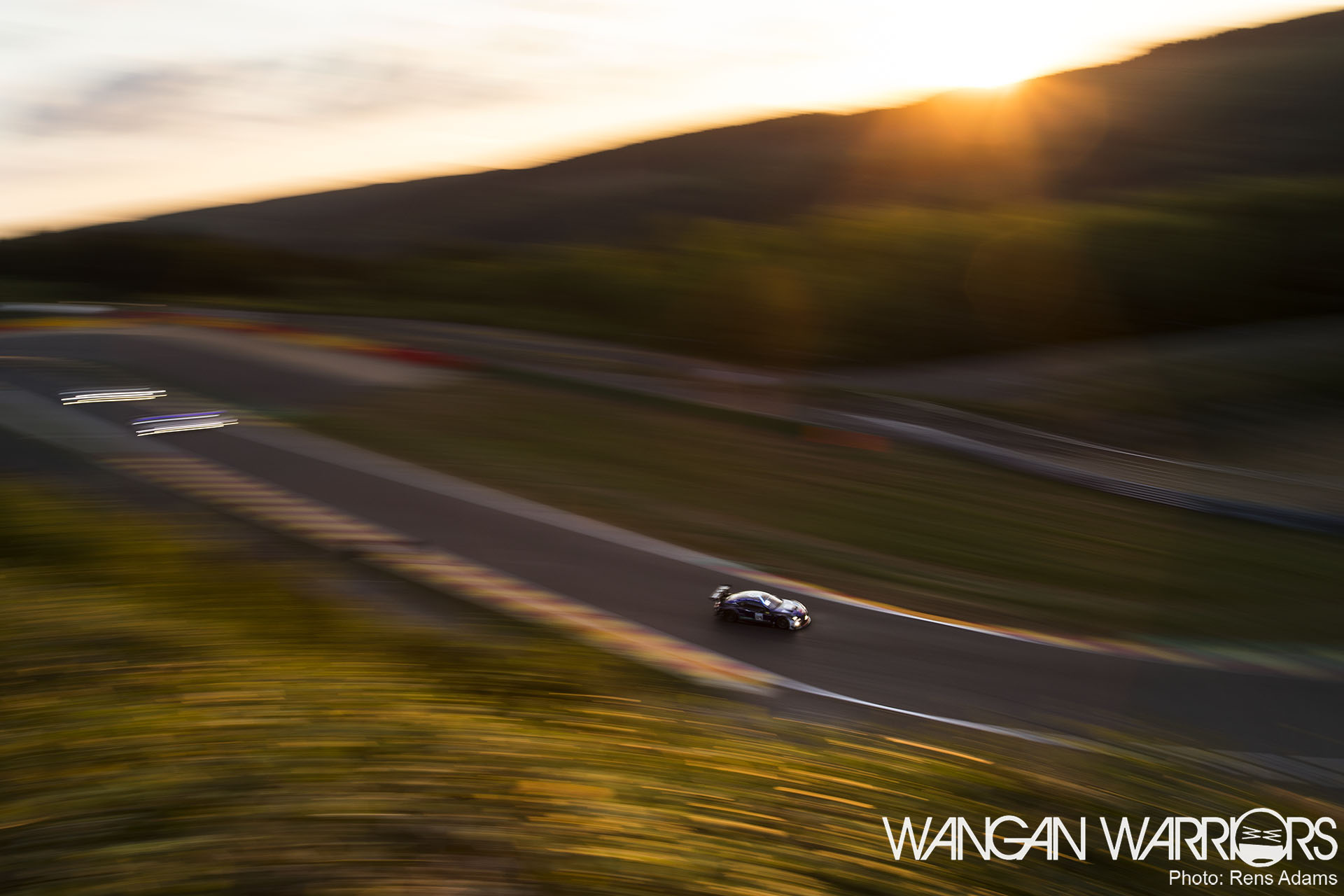 I decided to do something I rarely do. The 17-40mm Canon wide angle lens is standard in my camerabag. However I believe I shoot the least with this lens. It’s not a bad lens, I just rarely use it. I decided to give it a shot again and mounted it on the 5DMKIV and capture some wide angle panning shots to include some landscape in my pictures just before the sun would set. 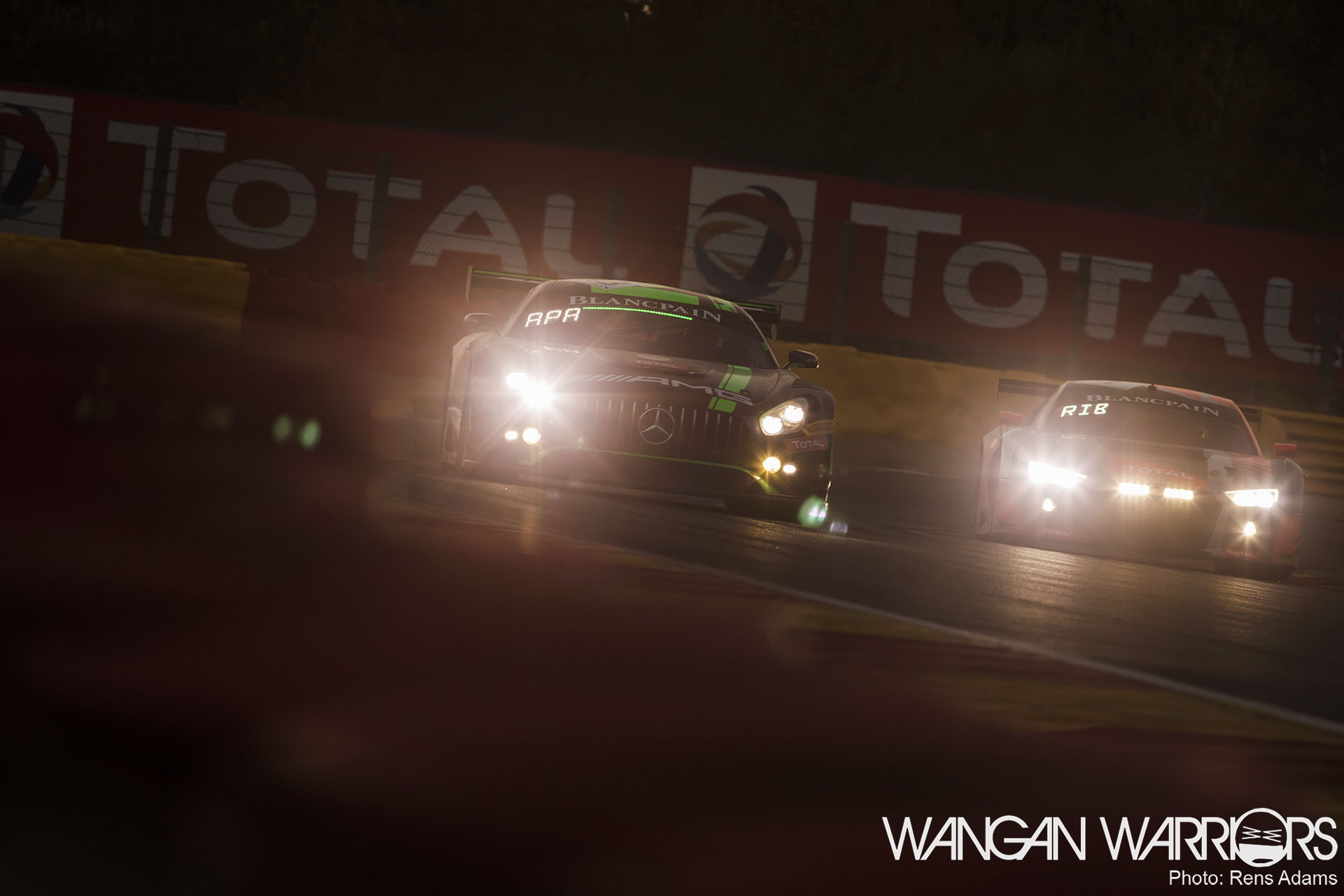 With the son nearly set and satisfied with the daytime pictures so far I was looking forward to what the night had to bring. For some reason I’m running around during day time and I calm down during the night. 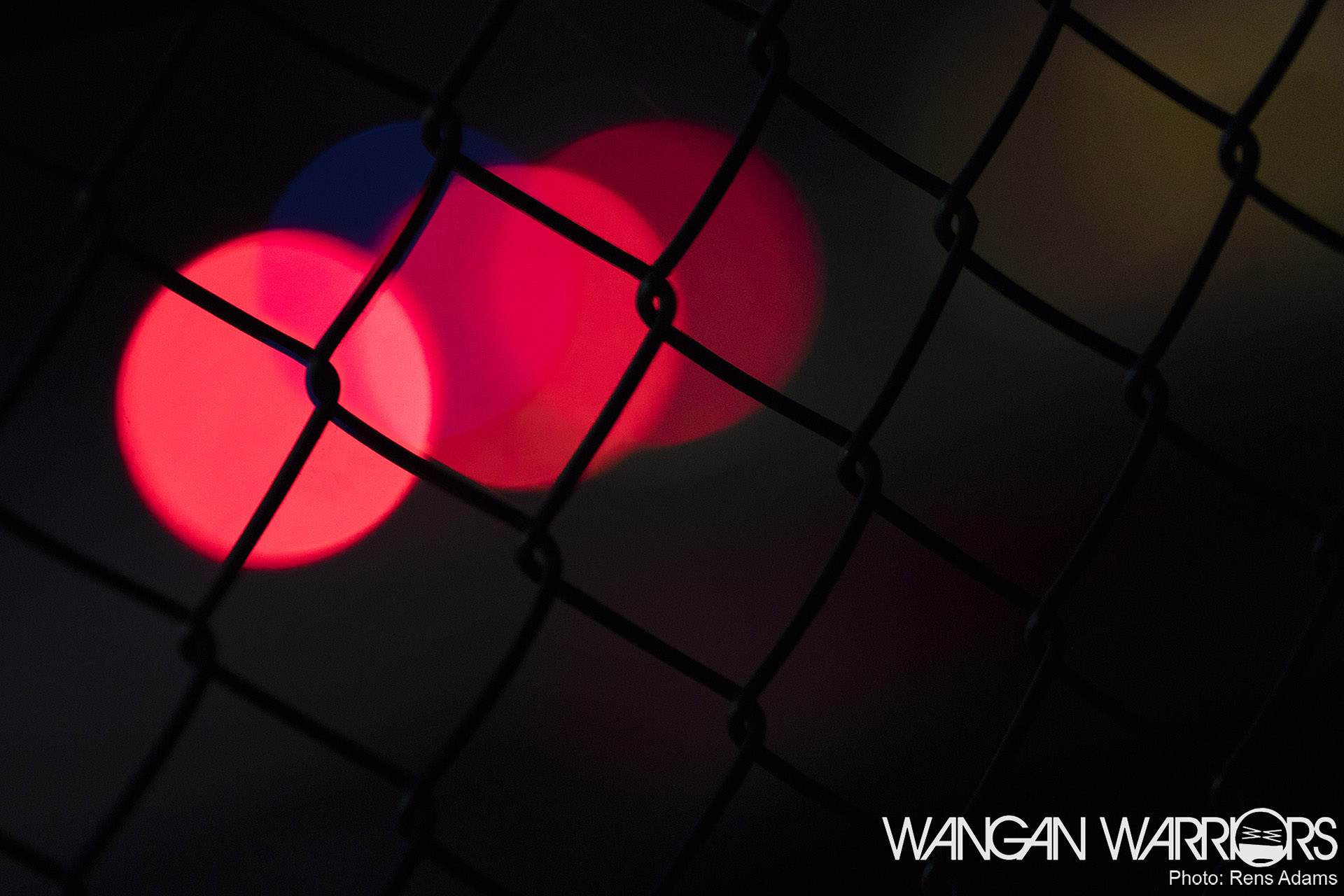 It might be nature, because night time is usually when normal people go to bed and sleep for about 8 hours. A 24h endurance race does not include a moment of rest. It has it’s charm to just put yourself through the misery of staying awake for a good 40 hours or more. 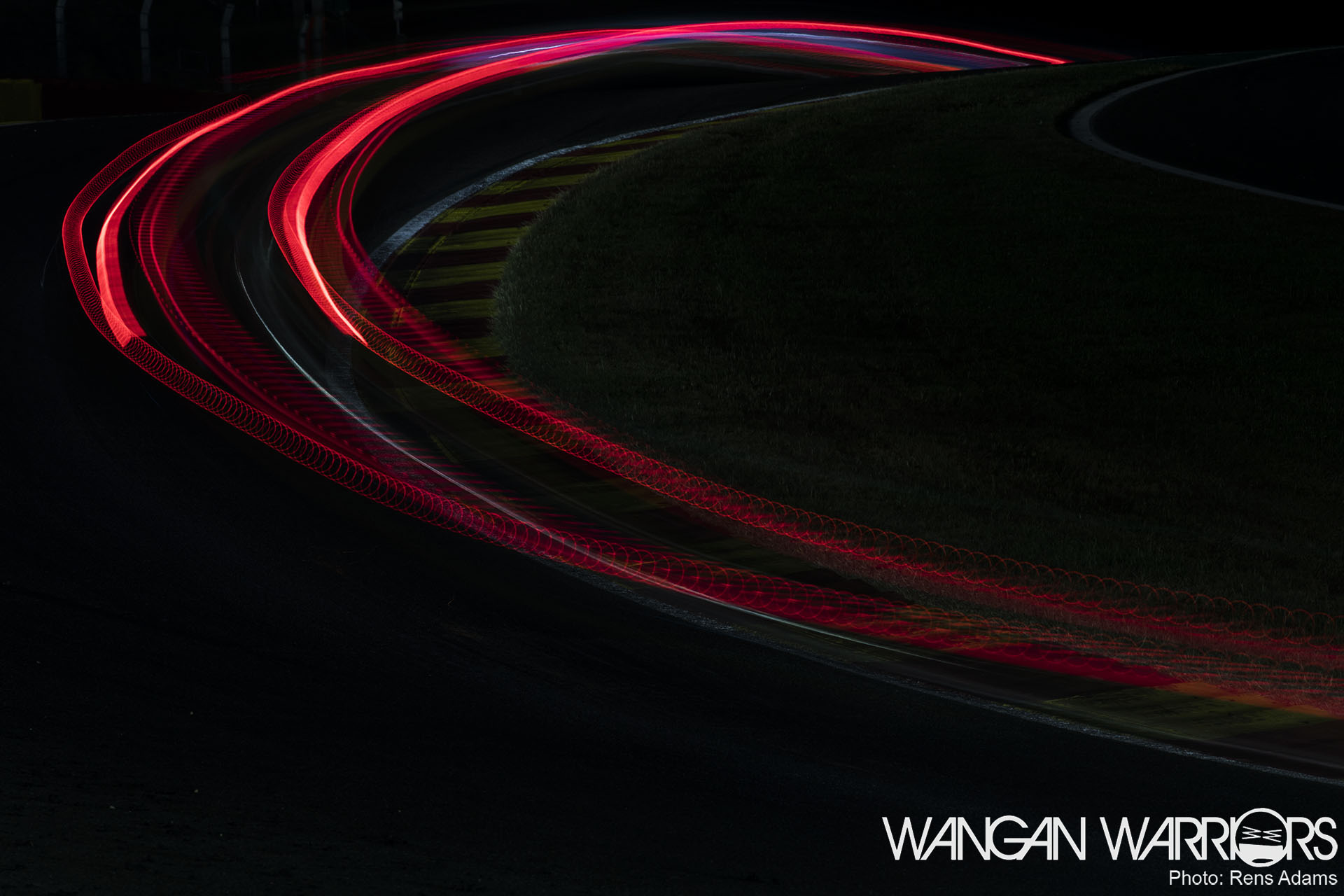 Shooting night time does have its challenges and it can be difficult at times. 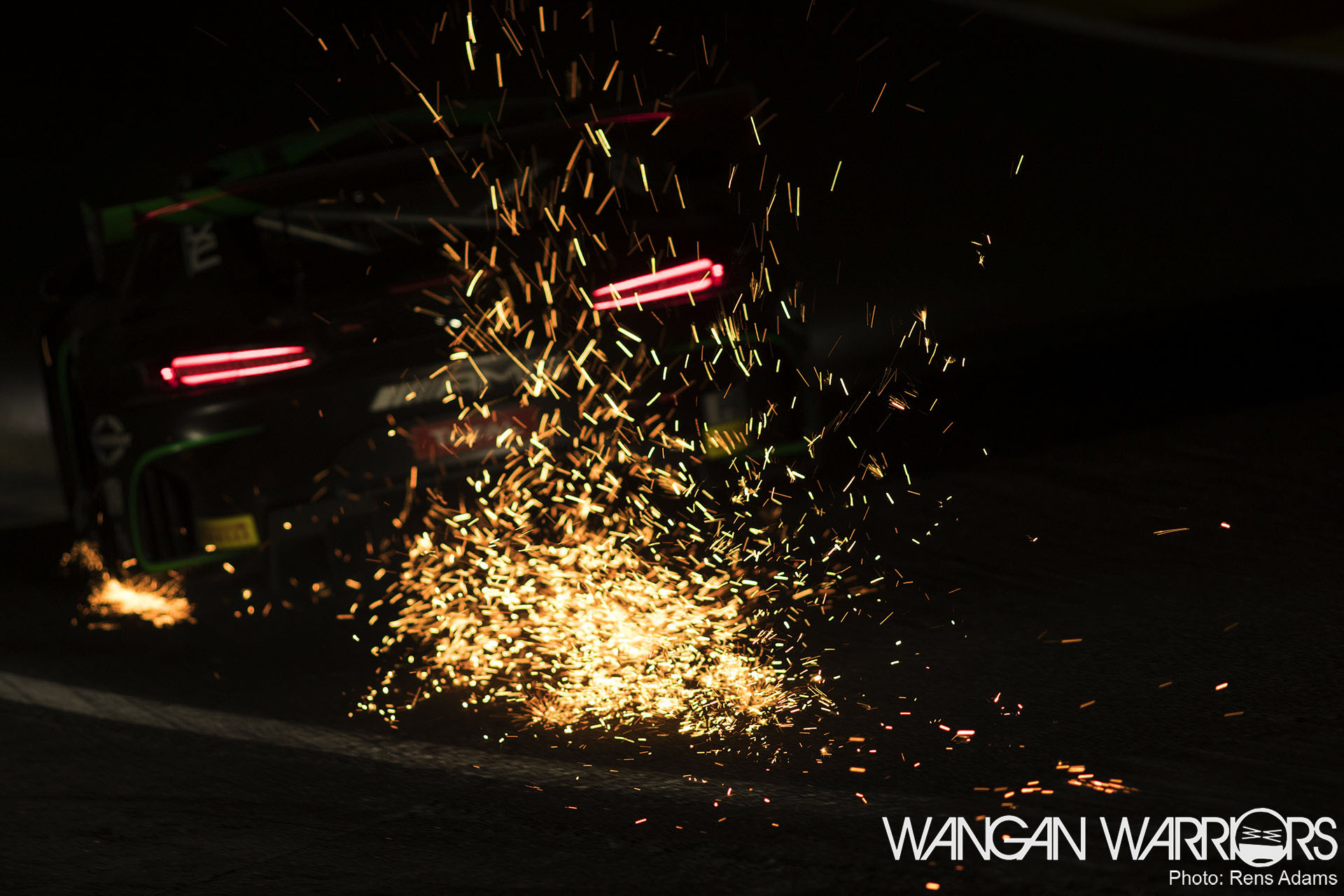 However it does bring opportunity to shoot beyond your expectations and create something new. 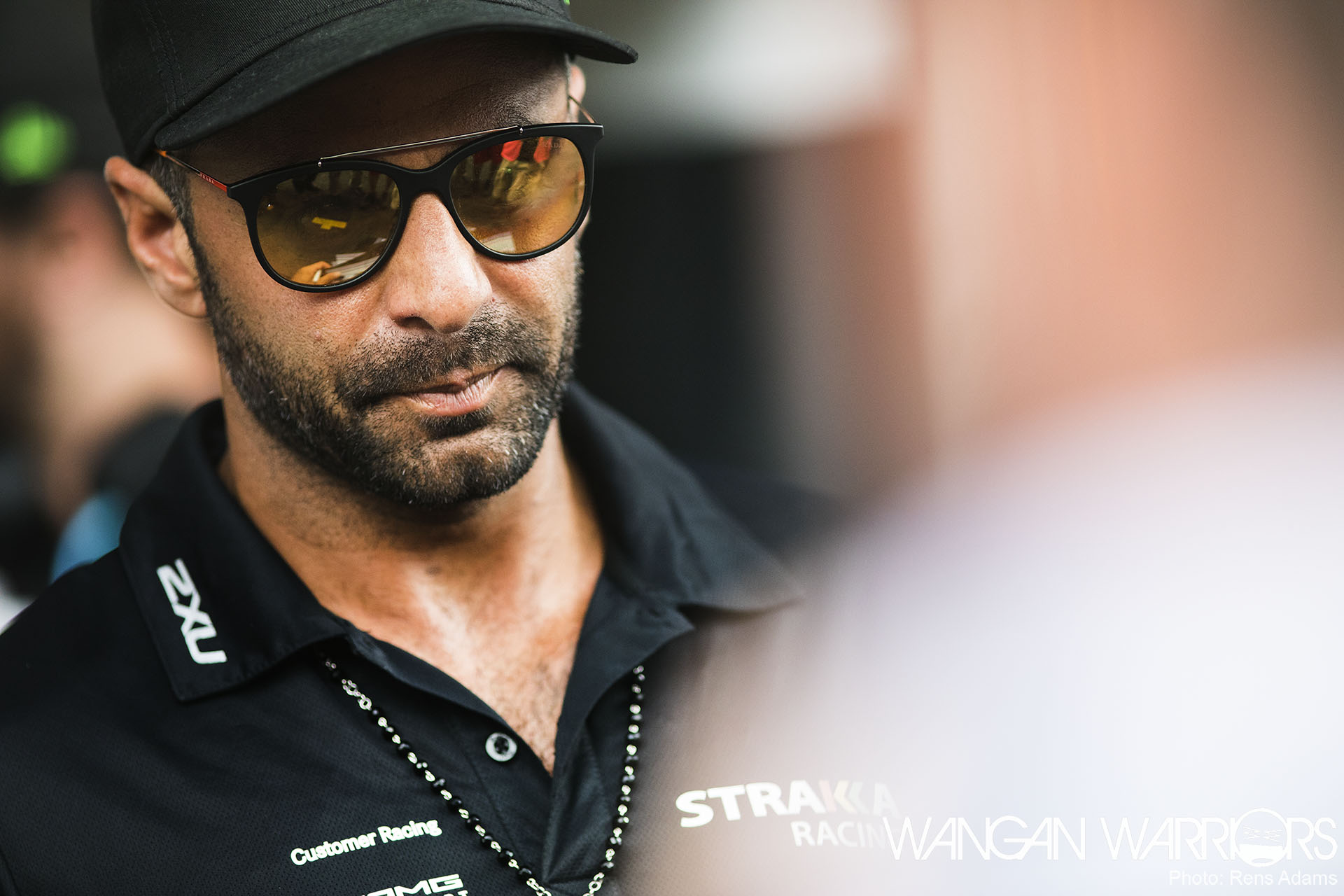 Unfortunately there wasn’t much of a sunrise. That’s truly sucks but it’s part of the game I guess. I usually start reflecting my results already just after sunrise. 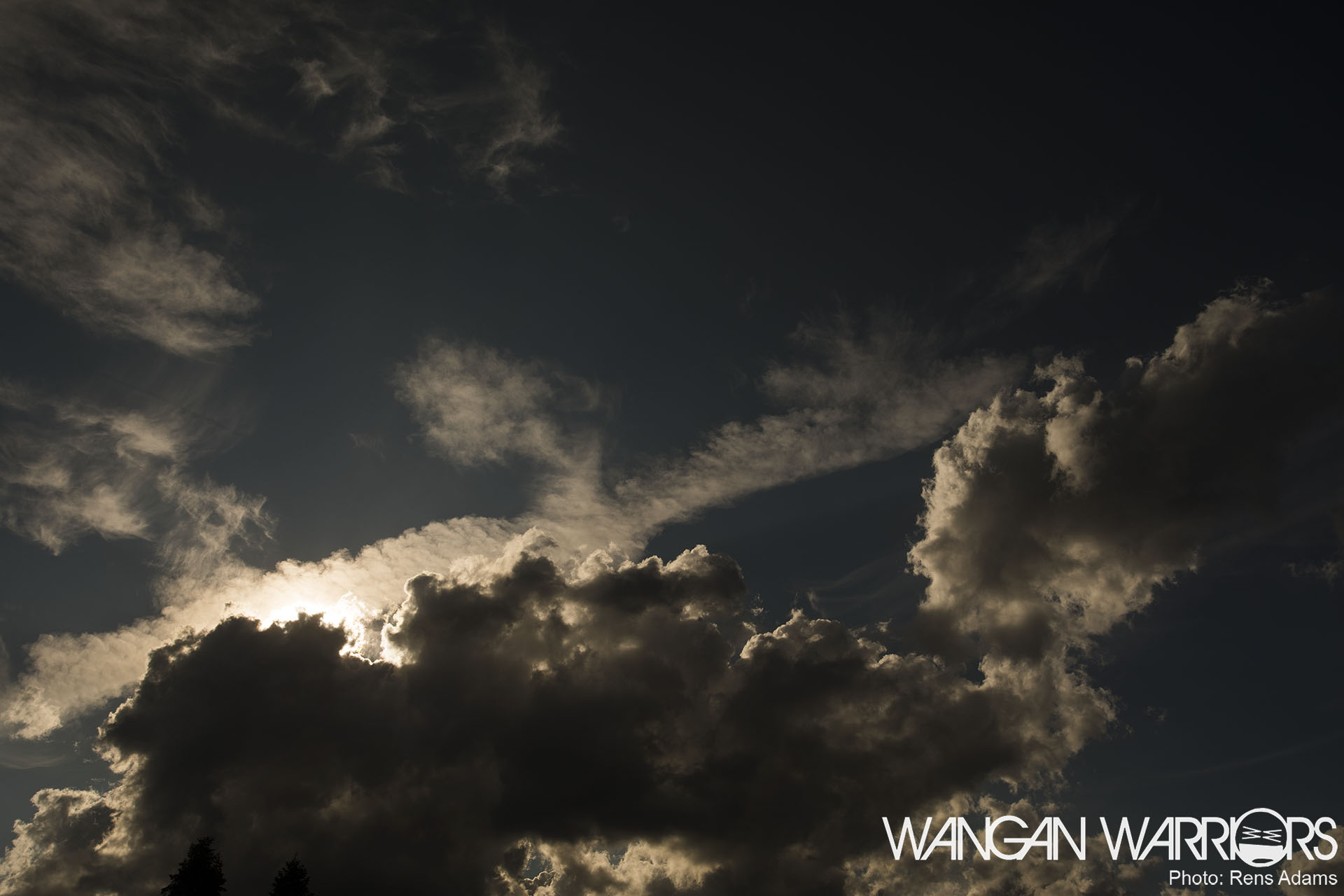 I try and make a summary of the set of pictures I had in mind before the race and usually I rush myself into getting all the pictures I want in just the first 12 hours of the race. 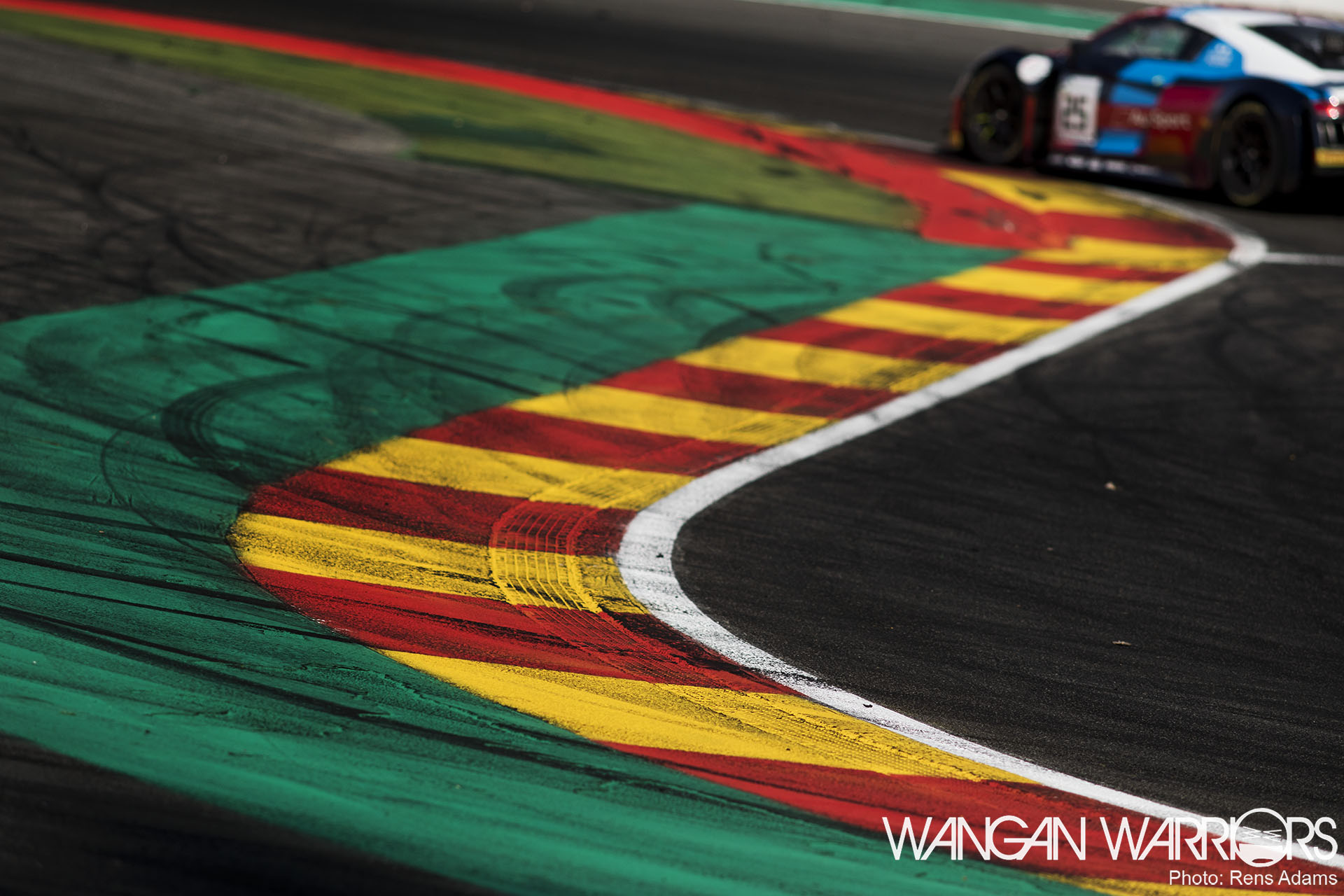 When it’s mid-day and the final hours of the race are being completed, it somewhat becomes a sad affair that the end is near. For most of the teams it would be a big relief when they cross the finish line. 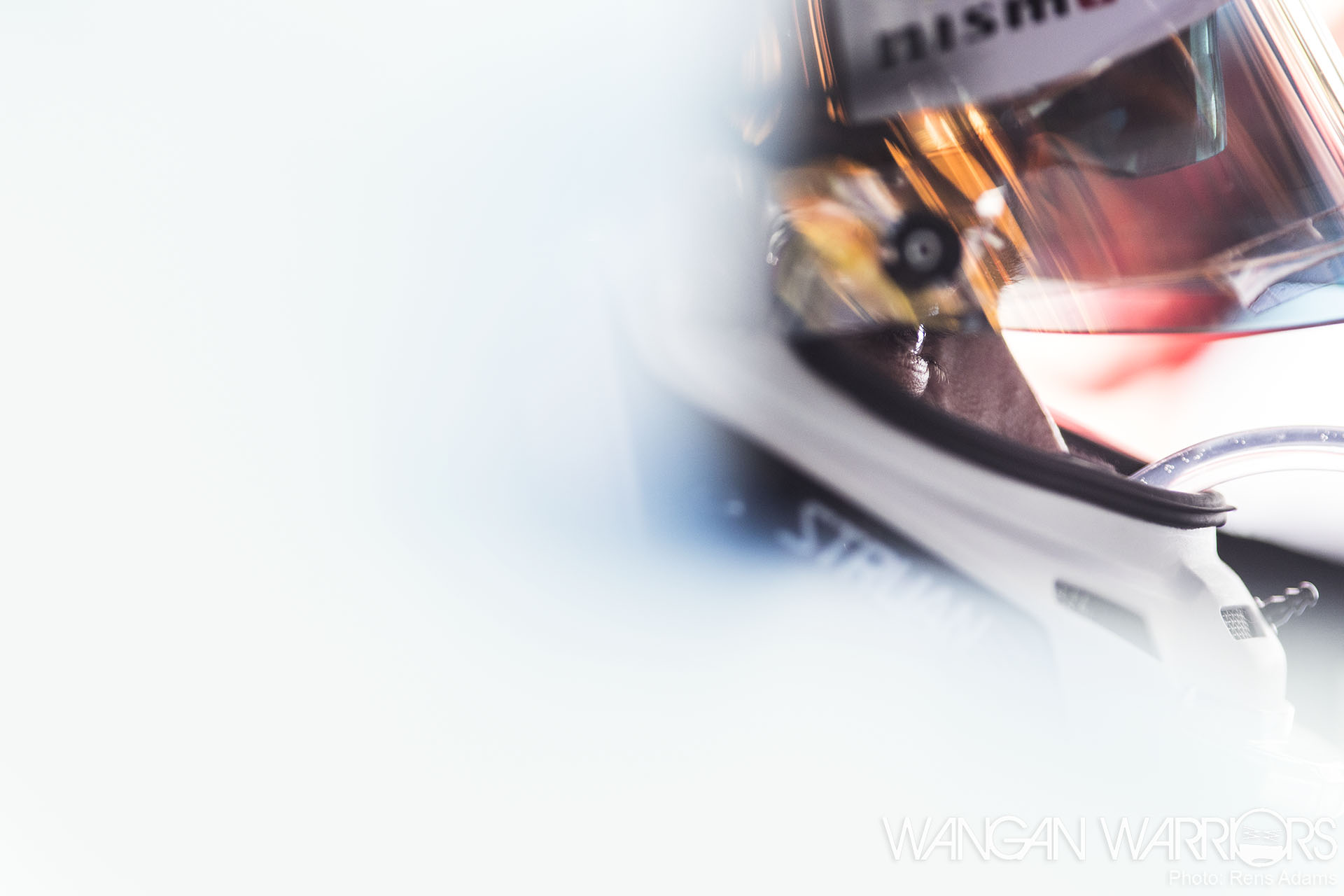 I’m always impressed of everything I’ve whitnessed and experienced and I can’t wait to share the images I’m happy with. 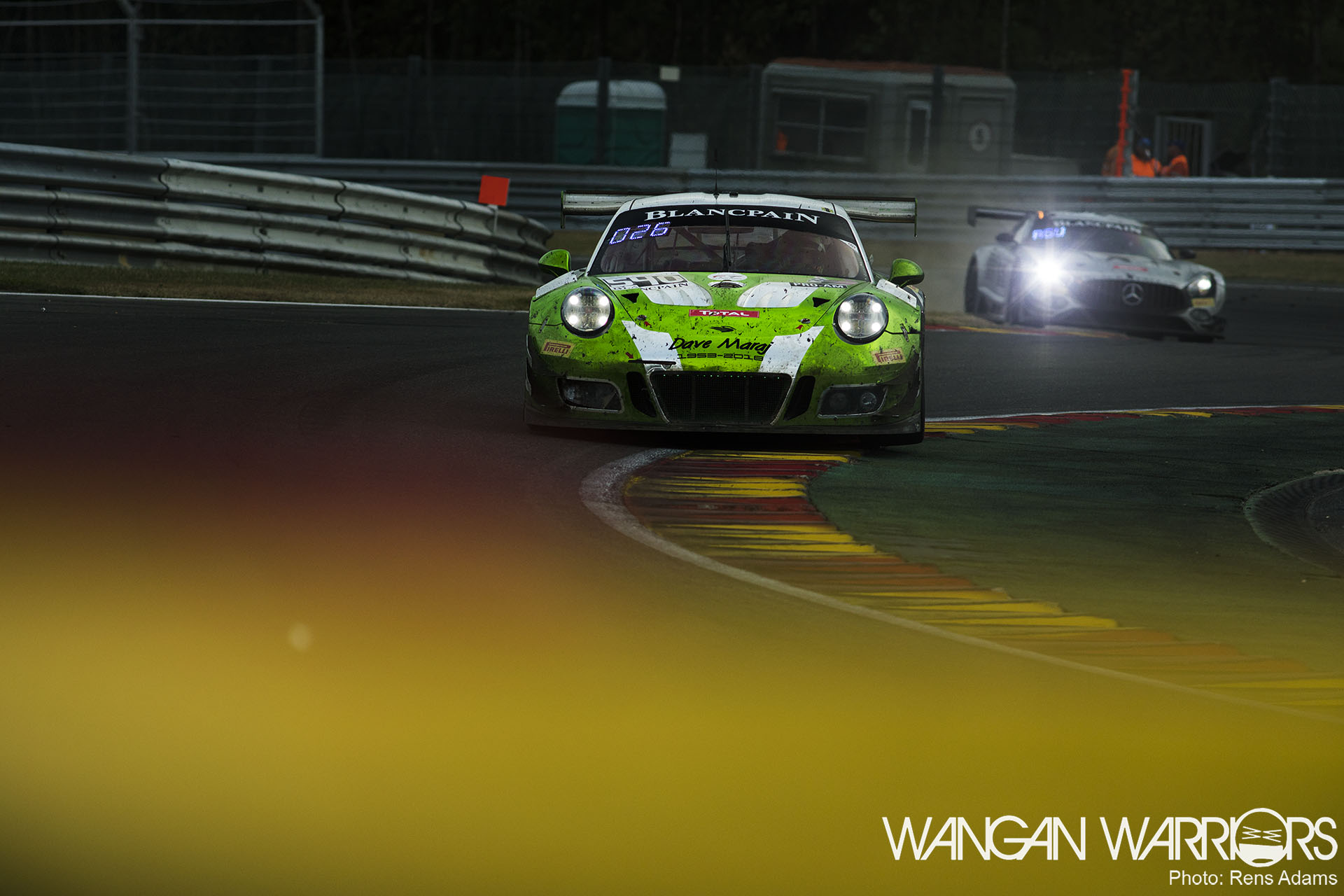 It’s becoming more and more clear now how much I love shooting endurance races like this. It gives you a freedom to shoot with so much time and it’s always a challenge to use the different periods of light during the 24 hours. For me as a photographer there is no better opportunity to get a great variety of pictures. On to the next one!