In our previous article Allard wrote how the internet has made the world a smaller place and has brought car cultures from across the globe straight to our doorsteps.

Yet it’s funny how sometimes the people you meet over the internet happen to live much closer to you than you would have thought.

See, the story of how I met up with Nico and his imported JDM Impreza STI started when I was reading a Speedhunters report on Reisbrennen 2016.
As I was scrolling through the article my eyes fell upon a very clean and mean looking Impreza that definitely stood out from the crowd. I was digging the style so much that I thought a share on our Facebook page was well in order. 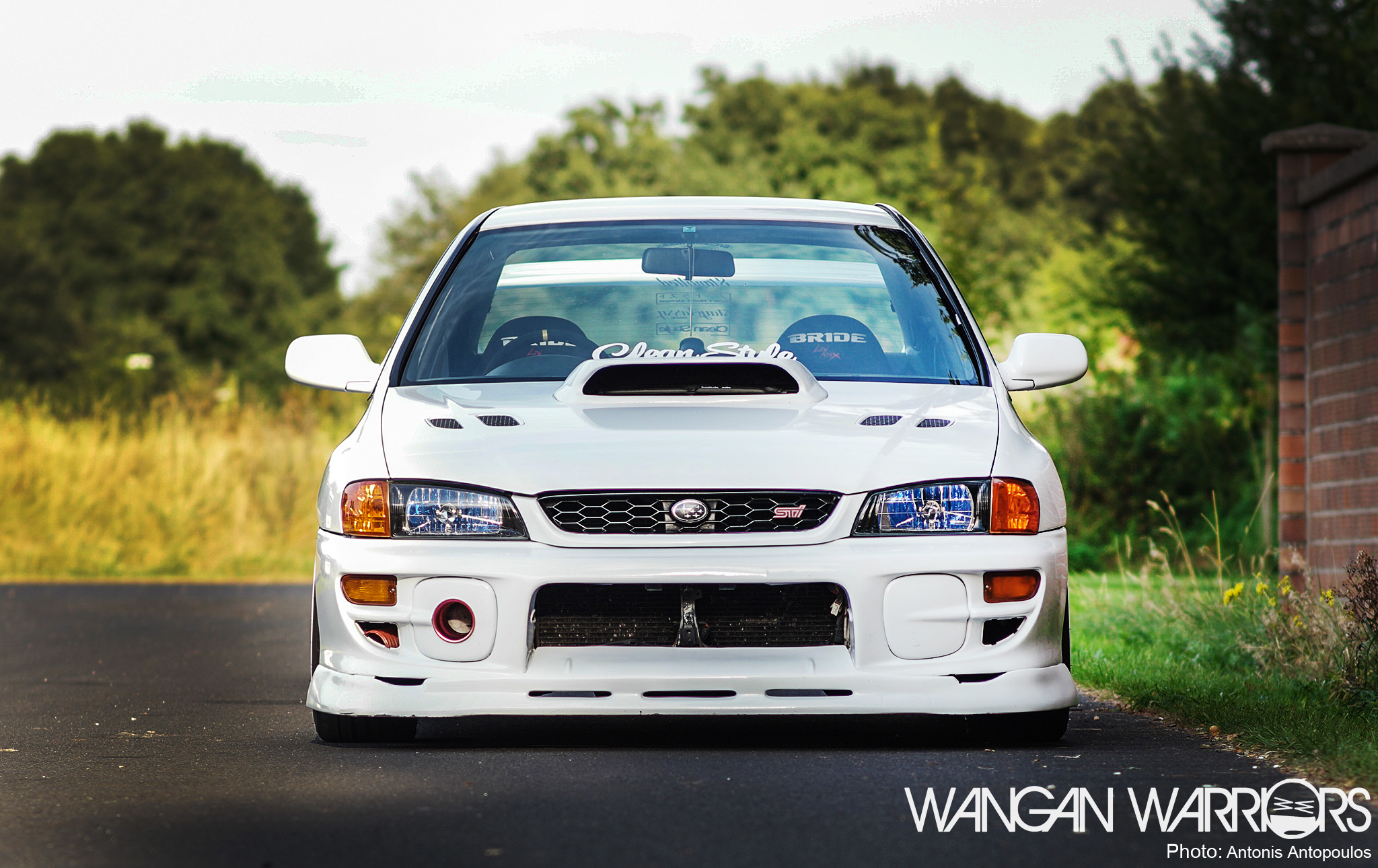 Within an hour of sharing the car on Facebook, and much to my surprise, we received a message from the owner asking us to tag him in the post. And while I didn’t really pay much attention to the origins of the car when sharing, it was only after I saw Nico’s profile that I realized this guy actually lives just an hour away from here but without the internet I would have probably never met him. 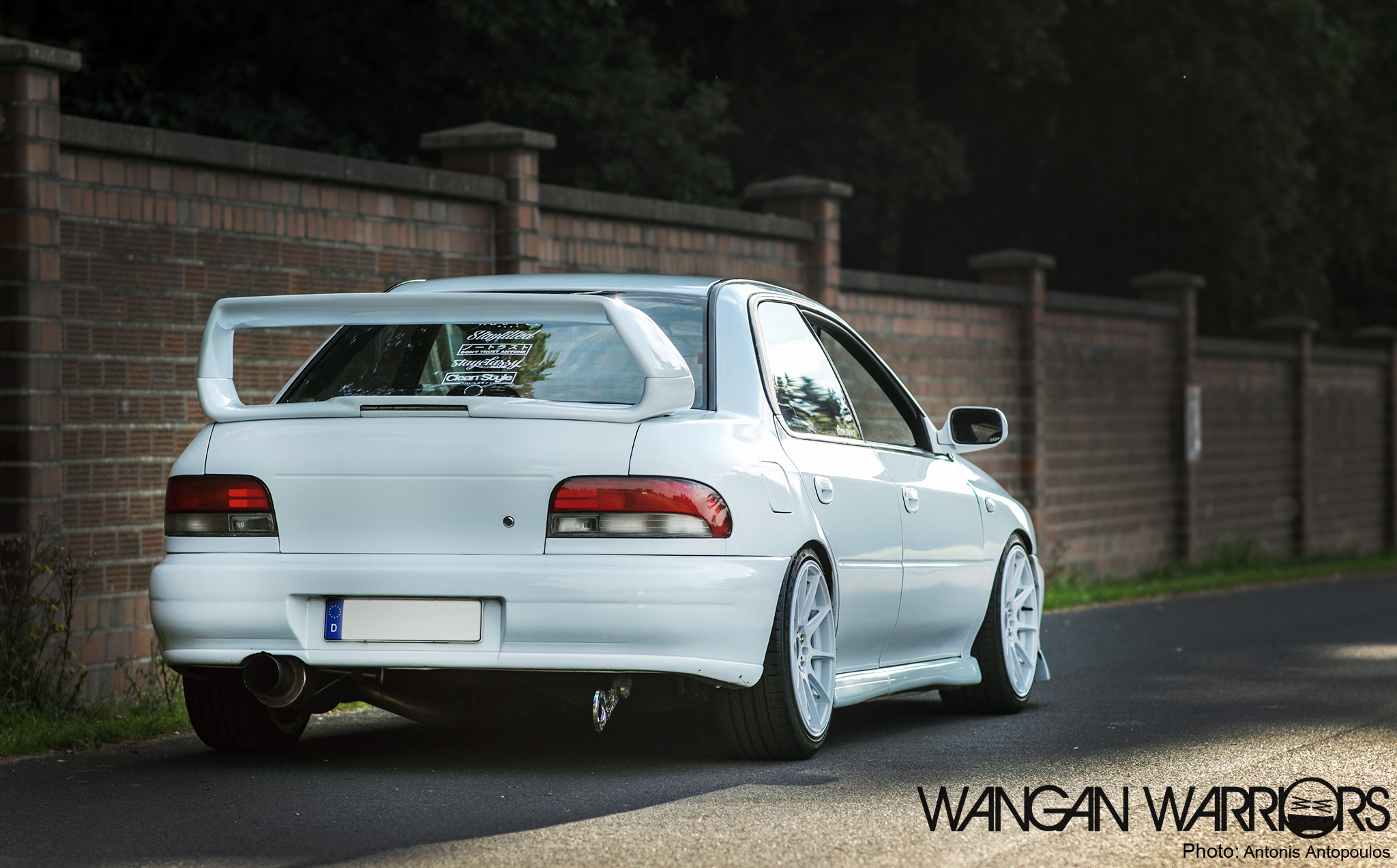 So after tagging Nico in the FB post, I sent him a message to see if he would be interested to meet up for a shoot and well…the rest speaks for itself. 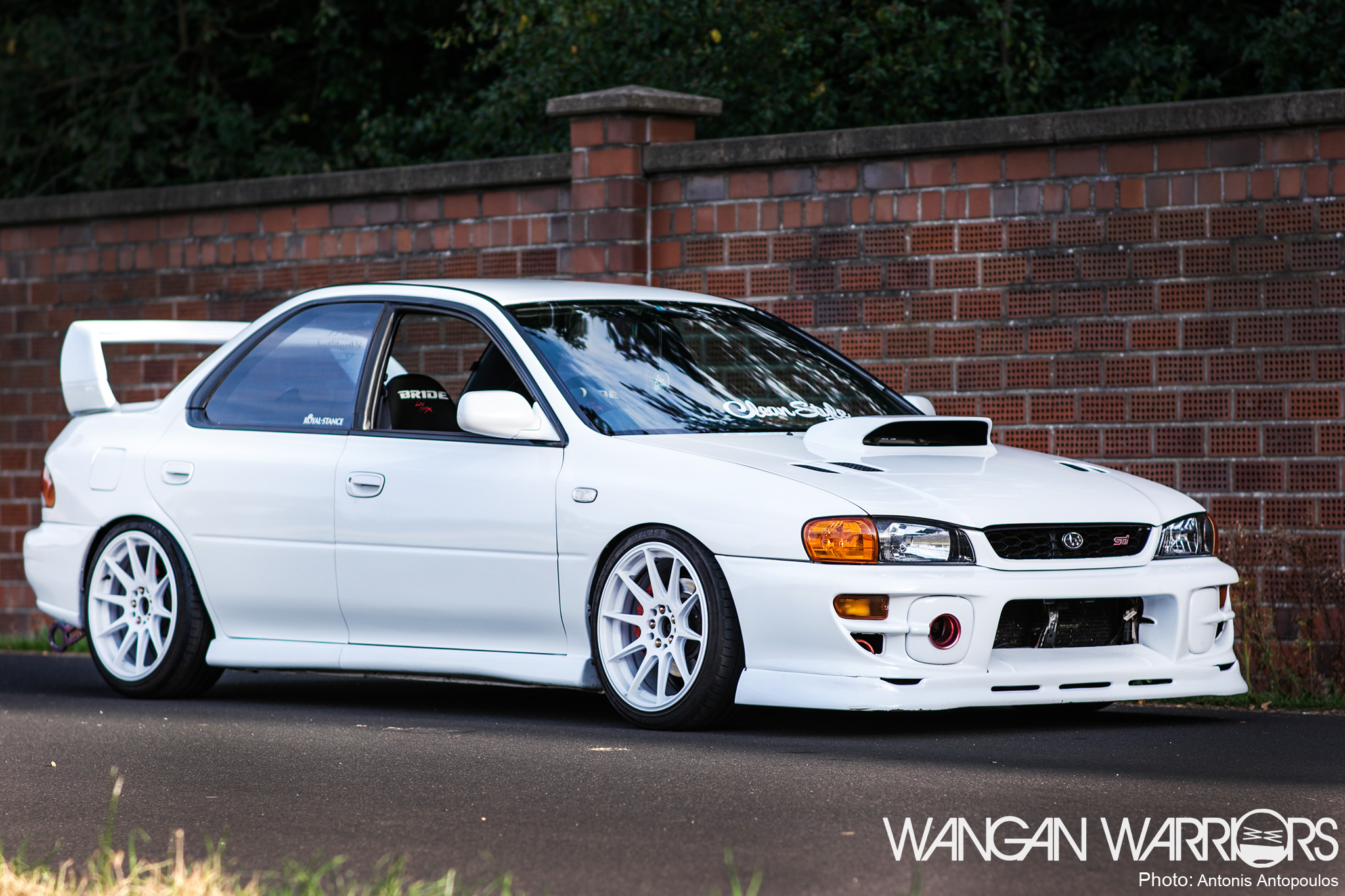 The car, which is not your normal Impreza GT Turbo as we got them in Europe but a JDM Impreza WRX STi, came fairly stock from the previous owner. Nico specifically wanted an STi model because of the little extra features like the updated taillights and a stronger drivetrain and it being RHD made it that much more unique over here. 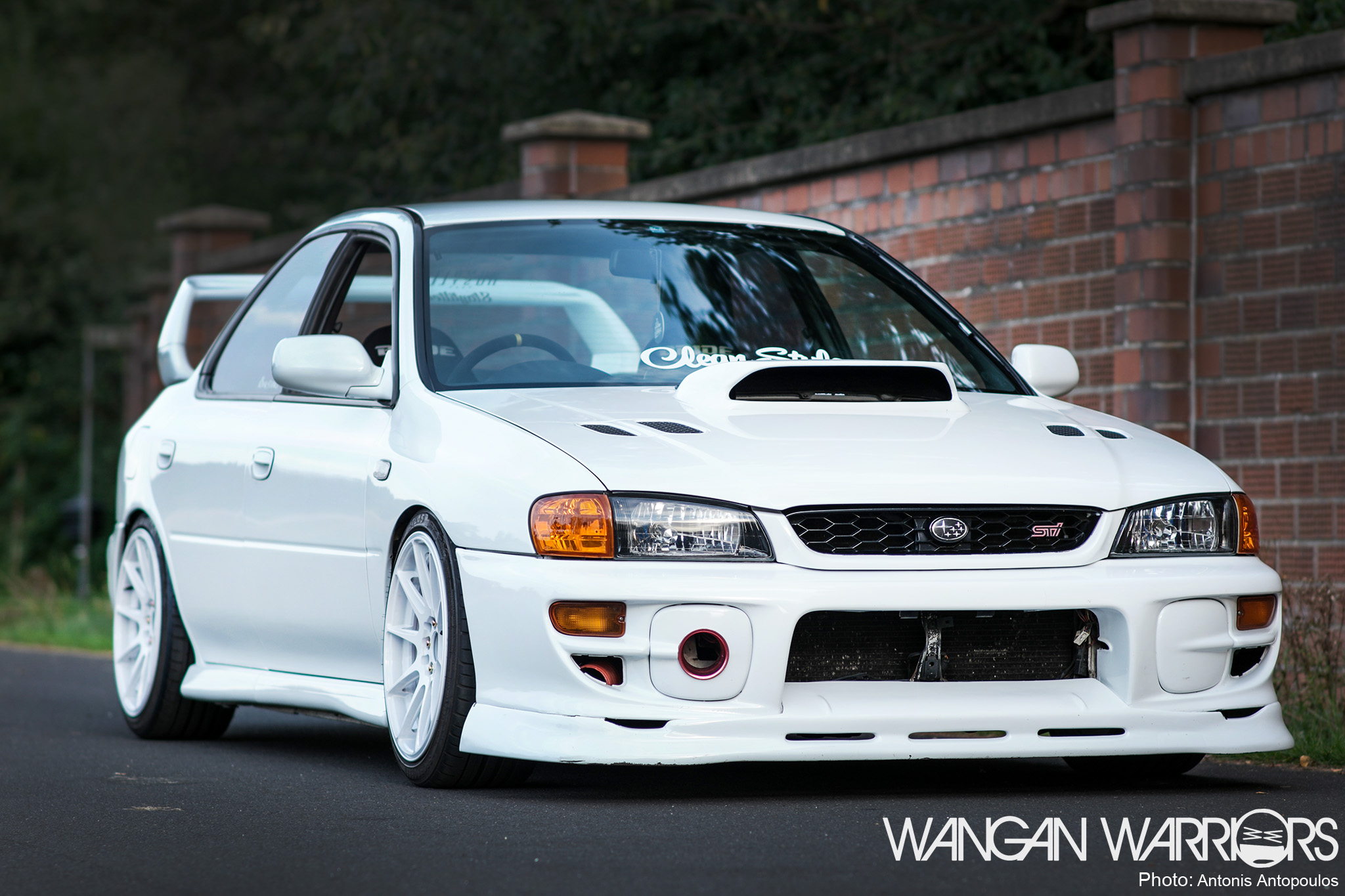 On the outside the car is running the familiar Impreza bumpers and skirts. However Nico wanted to give his Impreza a bit more presence, so with the addition of the P1 front bumper lip, V7 air scoop on the bonnet and a larger V6 spec rear wing the overall look of the car has become that little bit more mean looking. 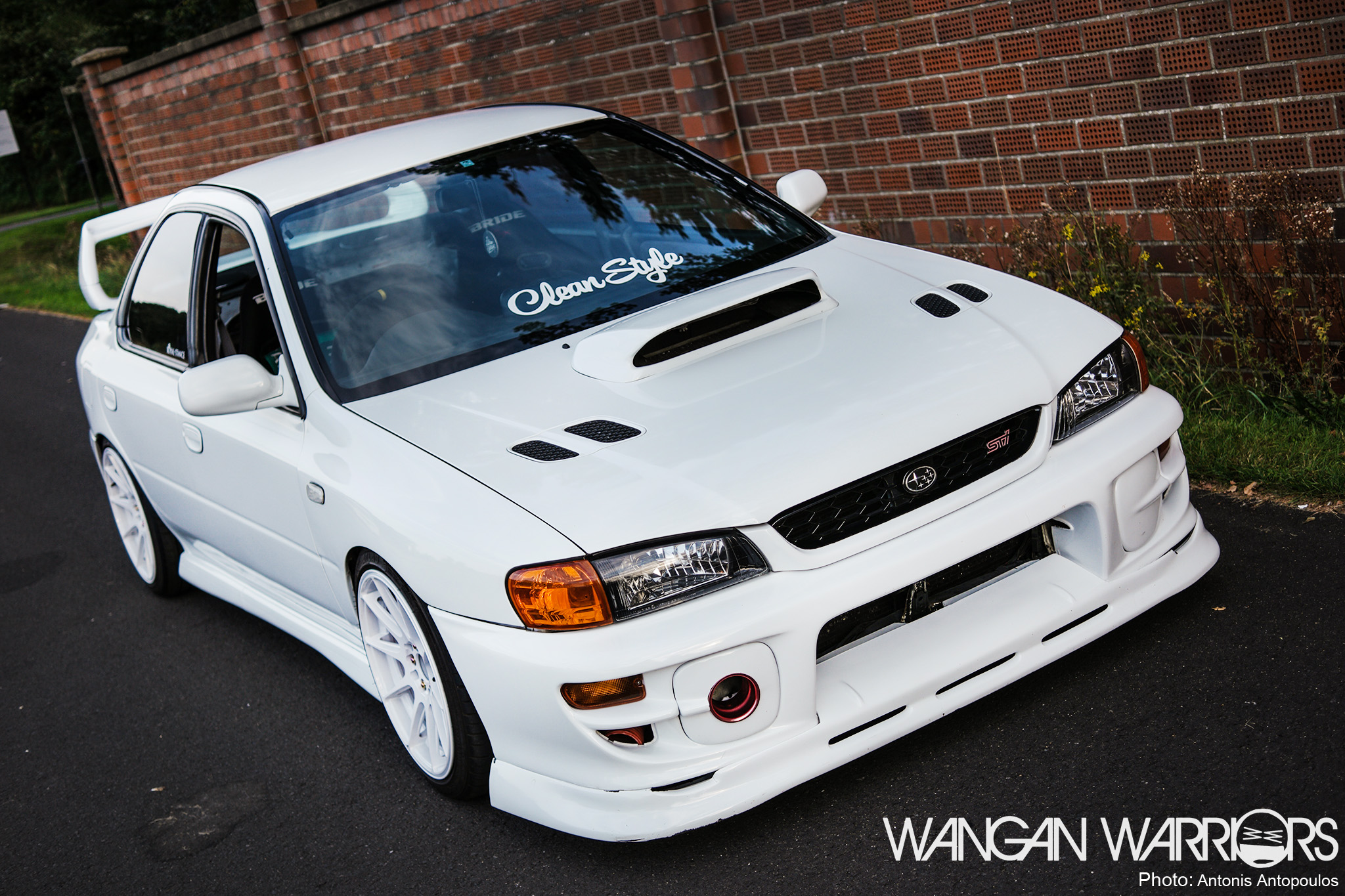 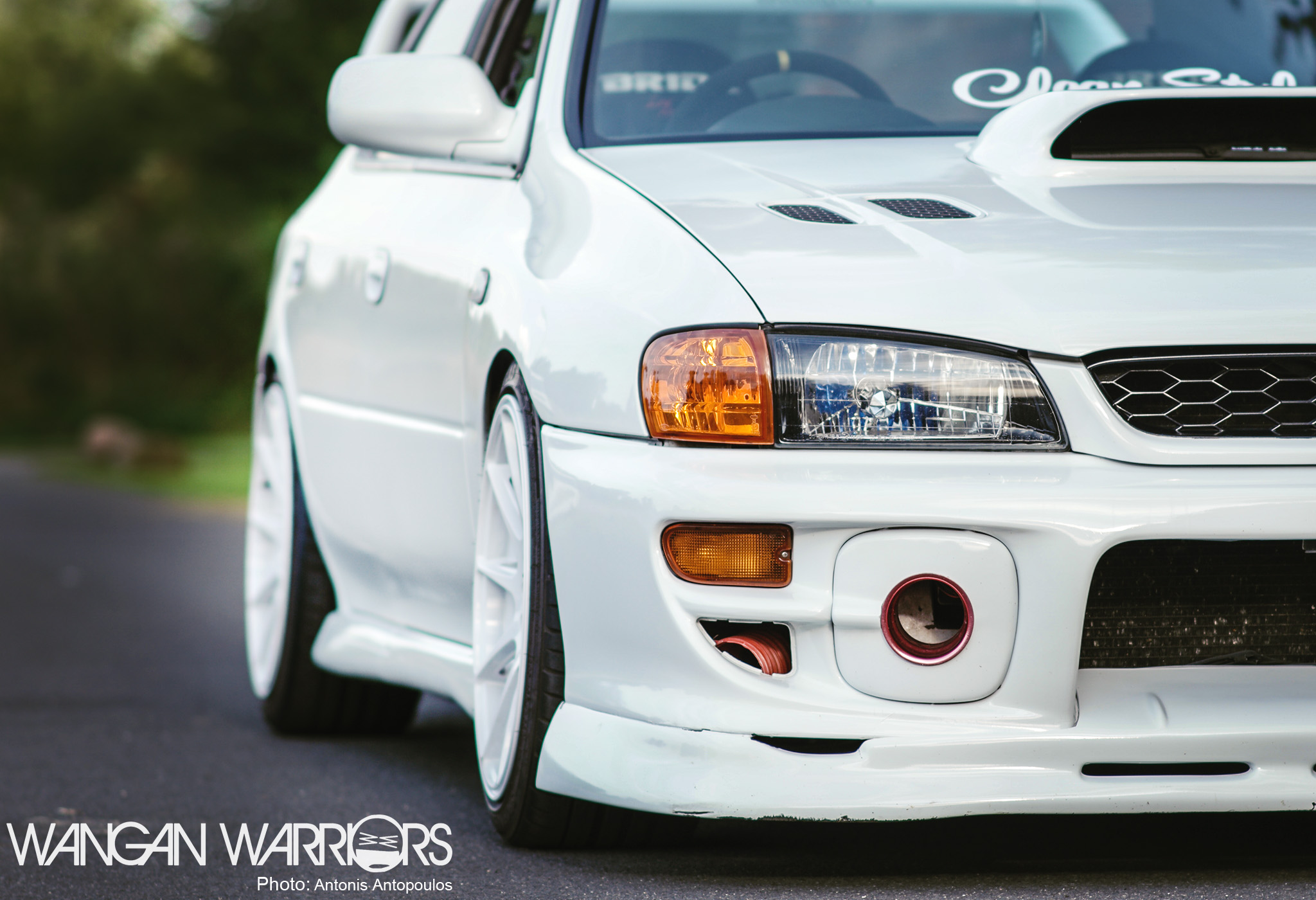 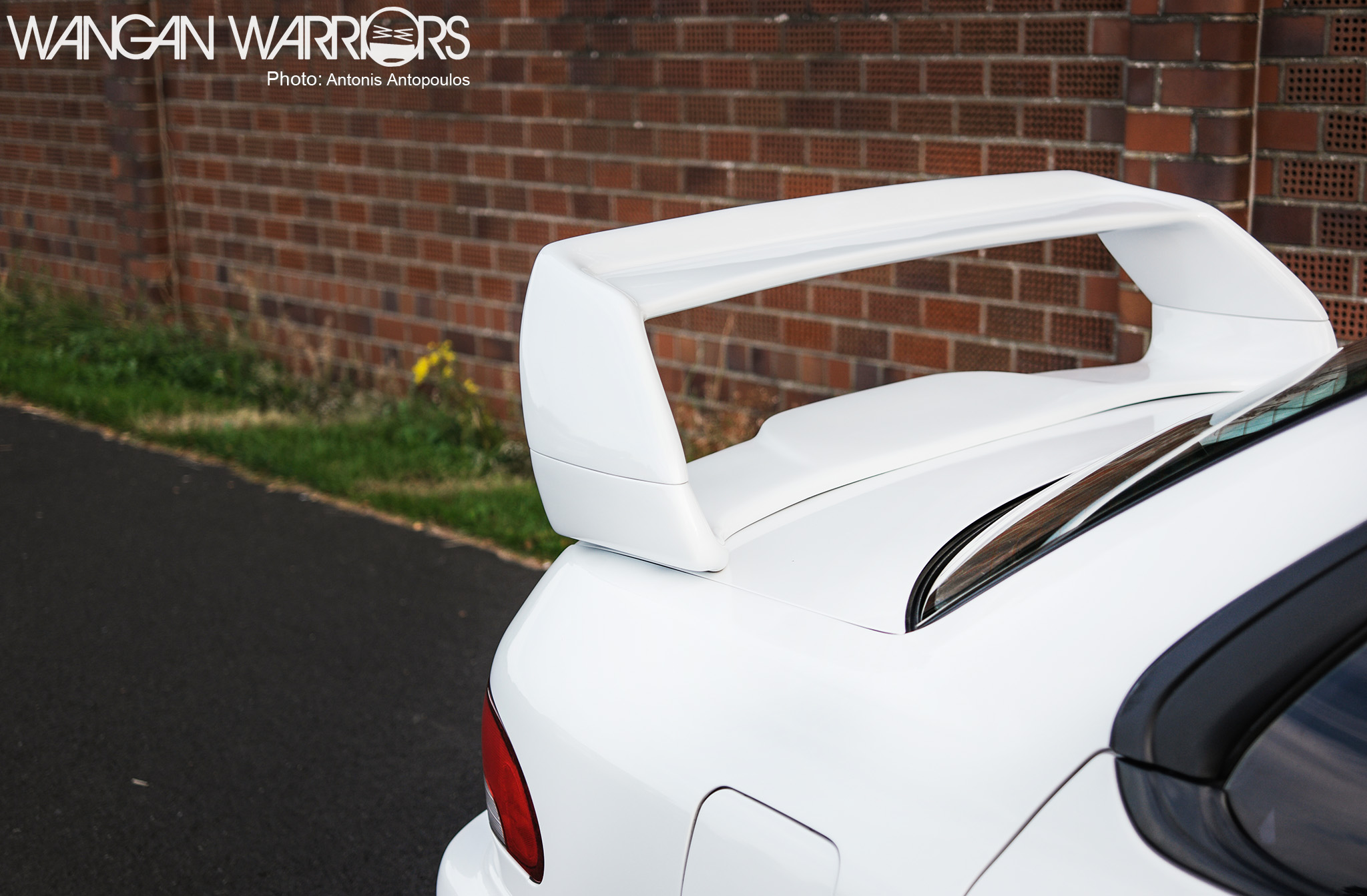 As he wasn’t planning on entering into rallies anytime soon, he also figured that the car would look better with some low, so a set of BC Racing BR coilovers was purchased as well. Nico said that he had a hard time looking for nice fitting wheels in Subaru’s 5×100 lug pattern but ended up with a set of JR 17×8.25j ET35 wheels wrapped in 205/45/17 rubber. 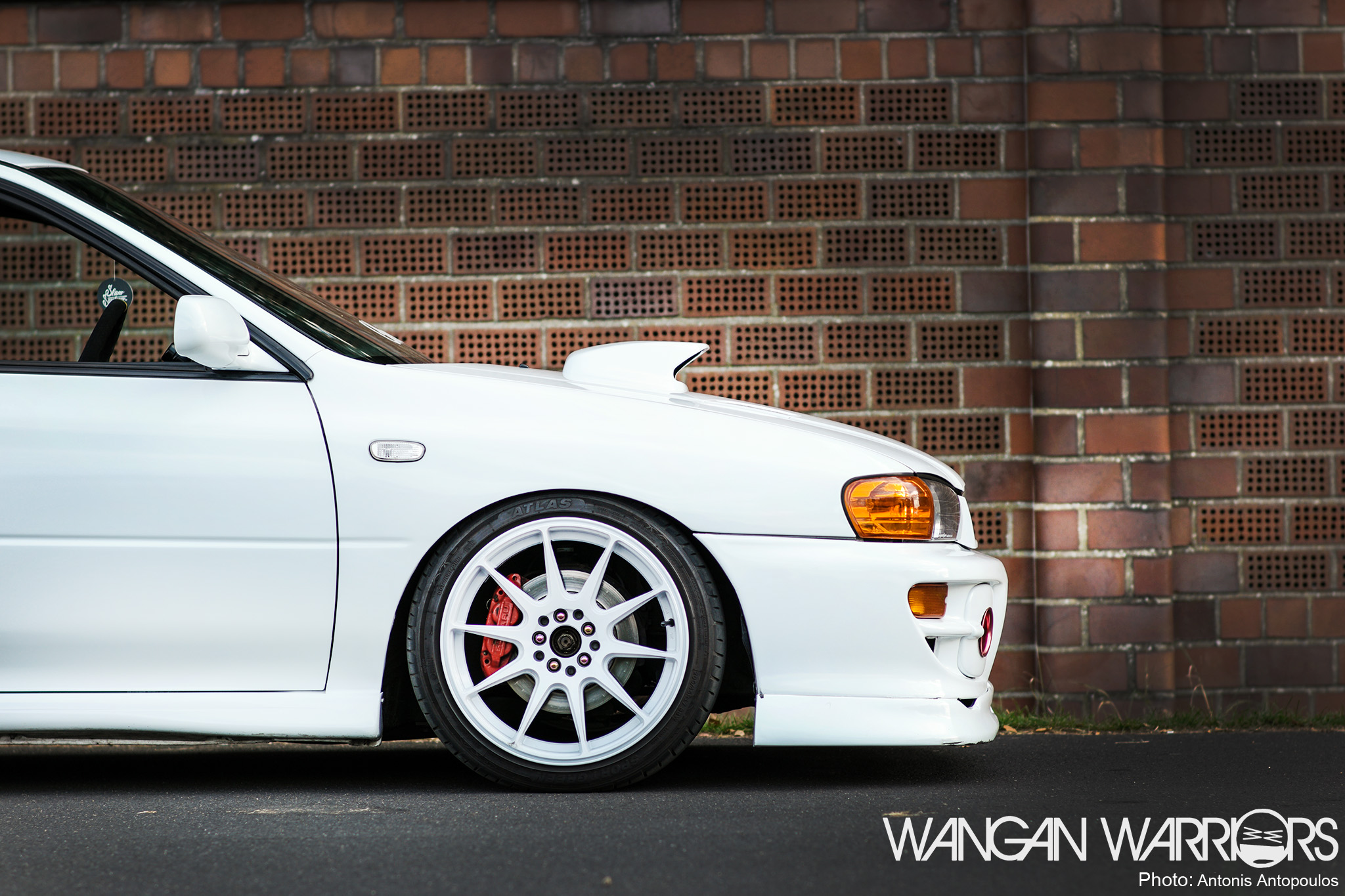 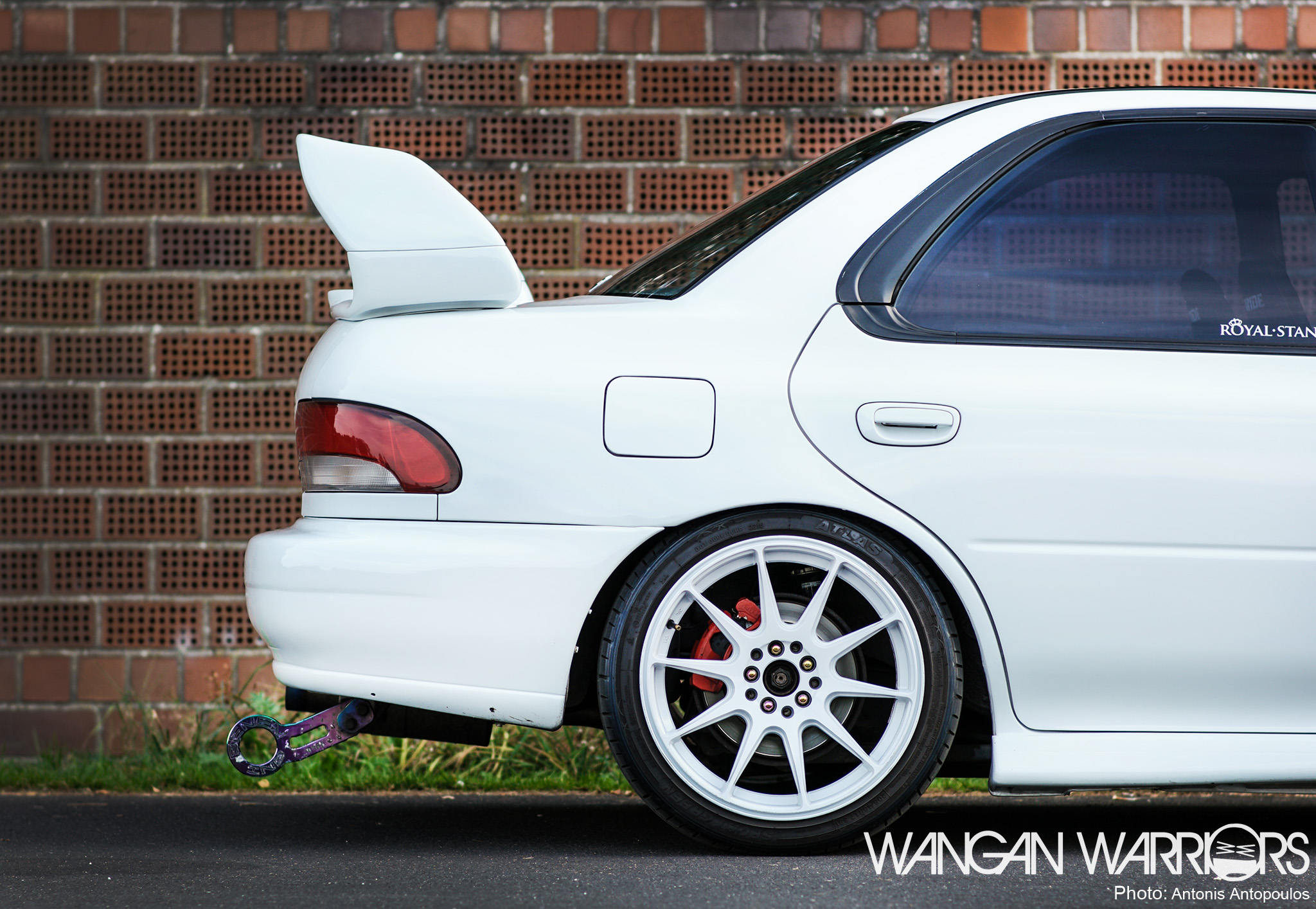 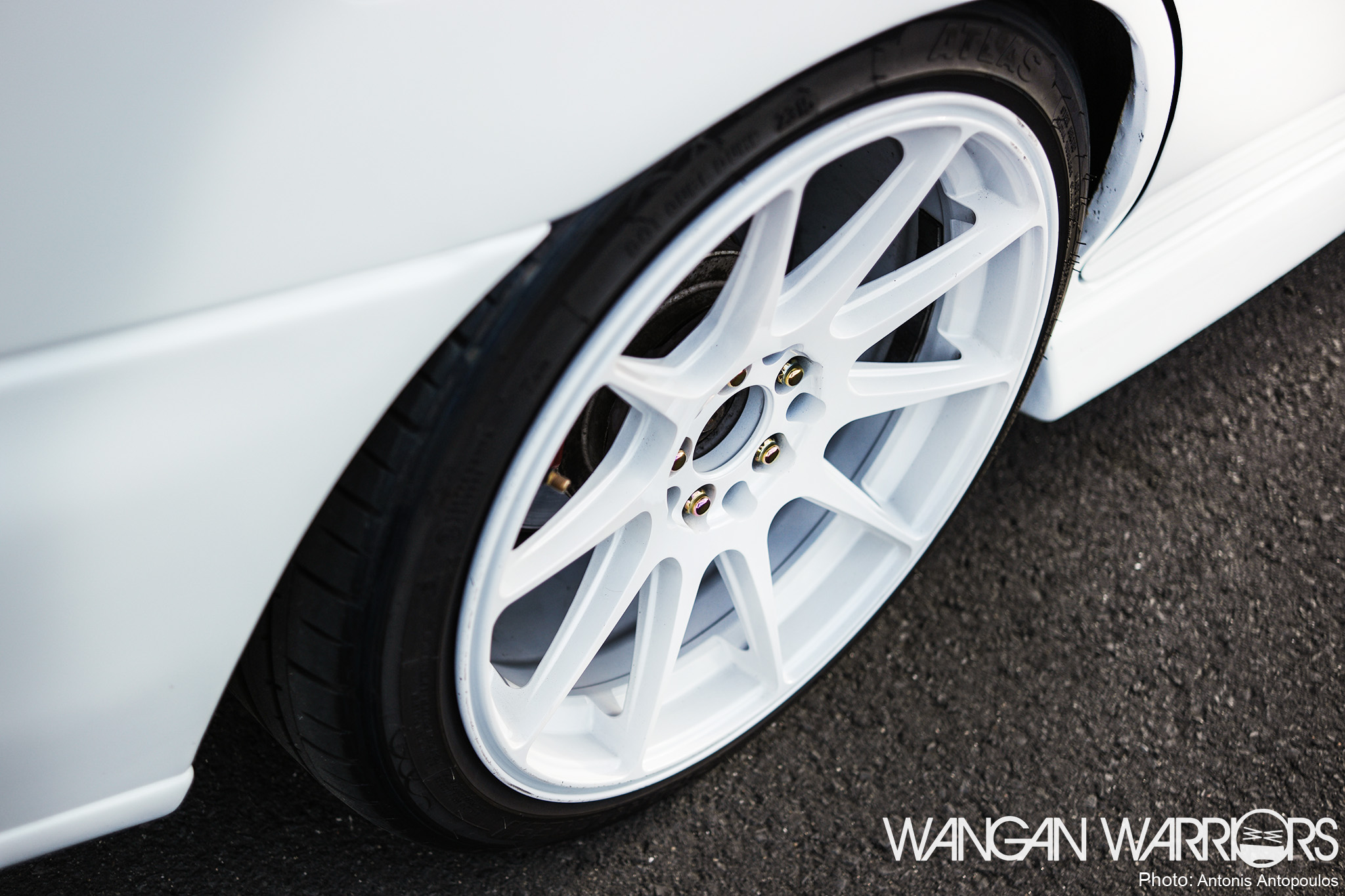 The car is running a forged EJ20K engine on a VF24 turbo with some additional intake and exhaust mods. Furthermore the car has been tuned on an ESL OpenSource ECU which also adds the benefit of launch control and anti-lag and the power level is estimated to be around 330hp. 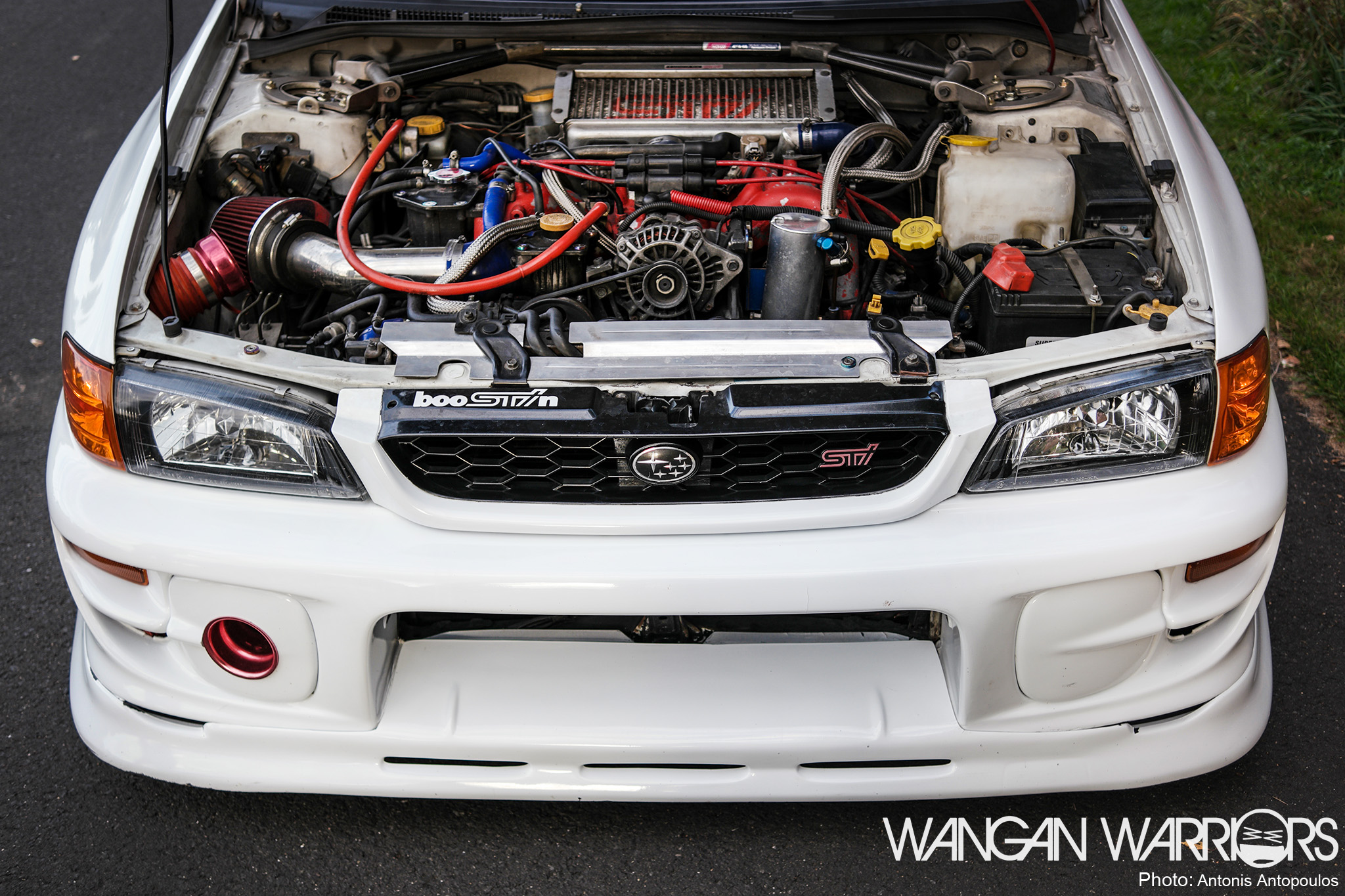 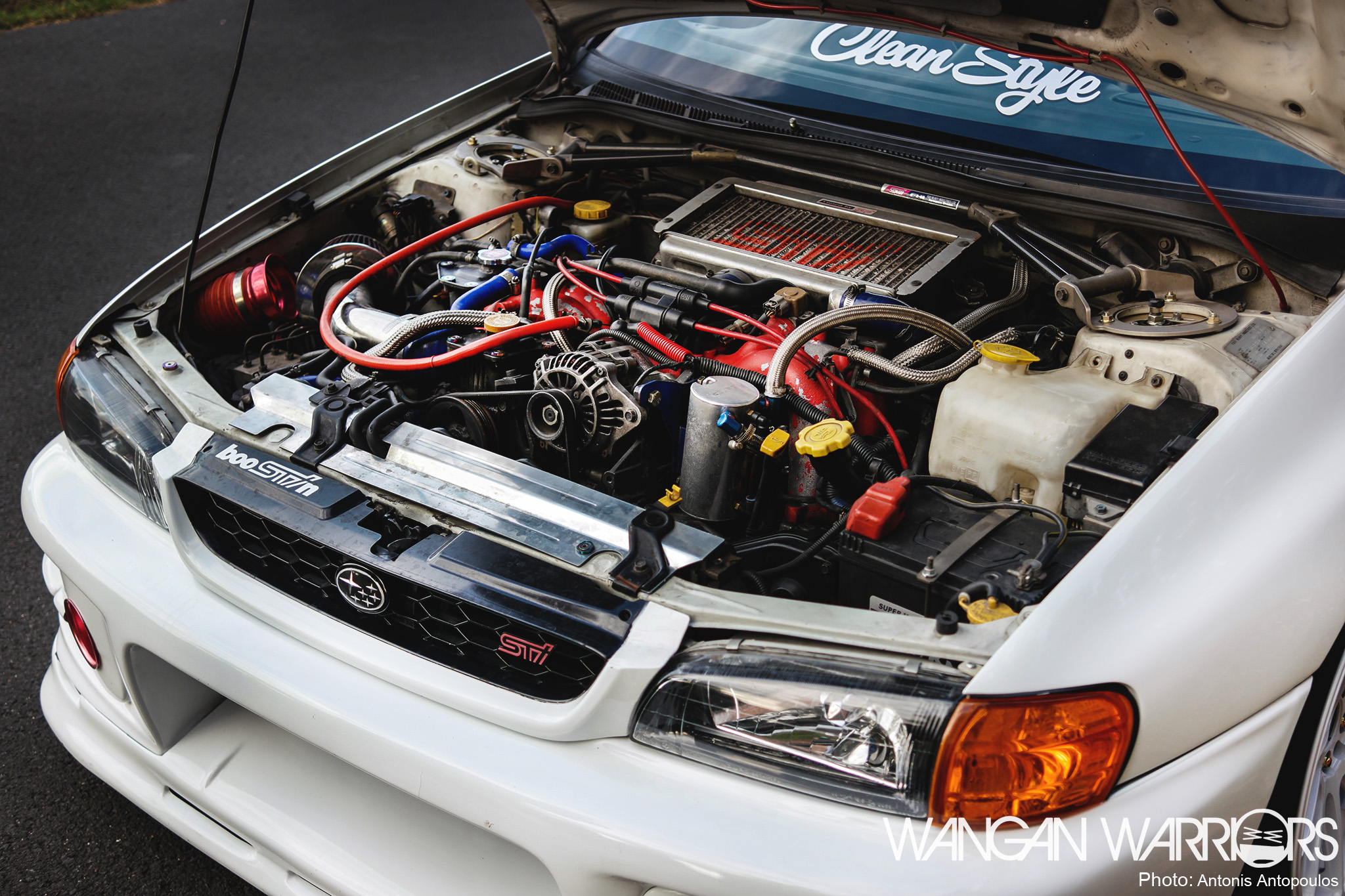 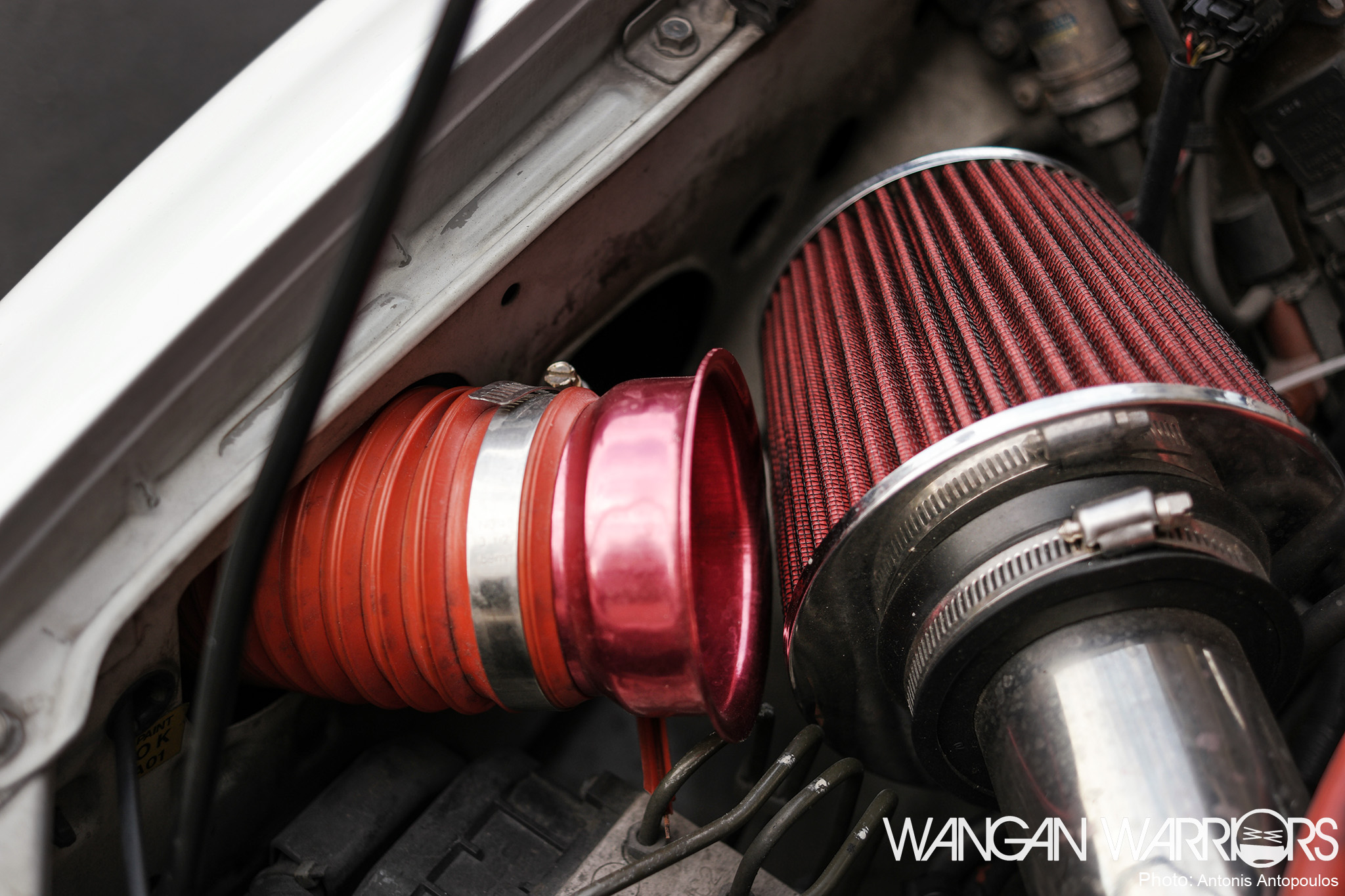 Interior wise Nico chose to run a classic combo of black Bride Gias bucketseats with green Tanaka harnesses, an OMP steering wheel and an spherical gear knob. He also ripped out all the interior from the B-pillar to the back for extra weight savings. 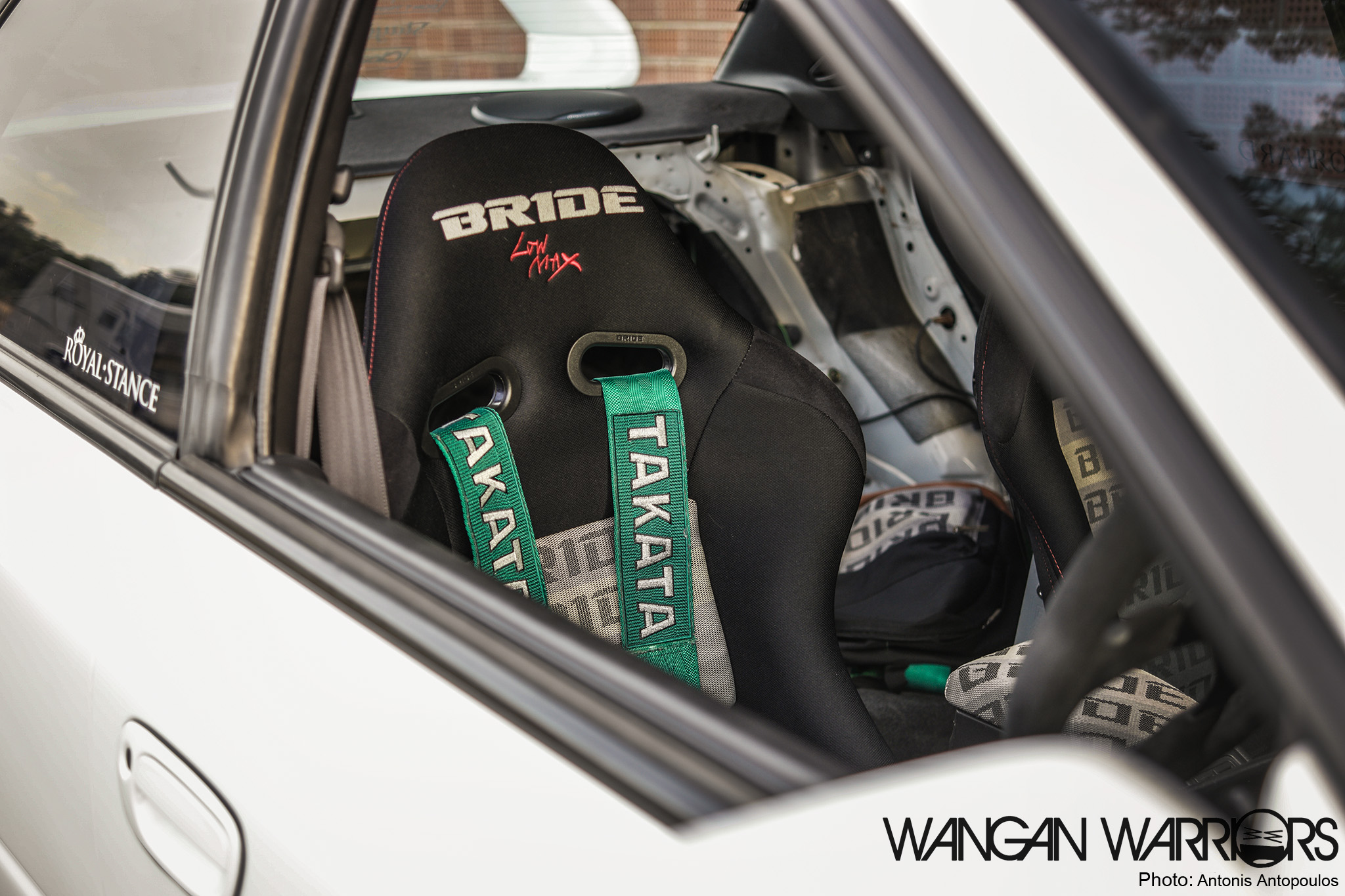 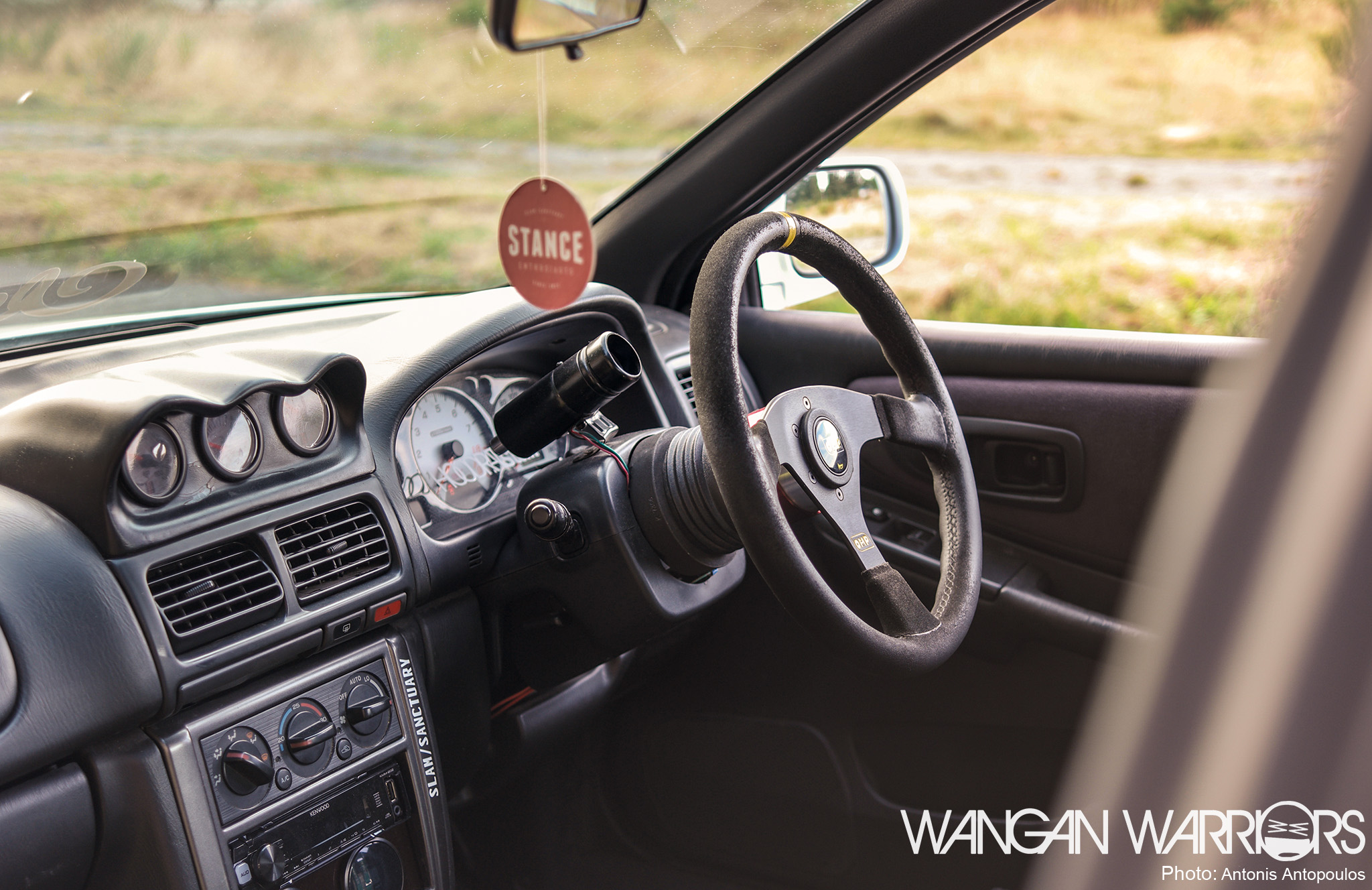 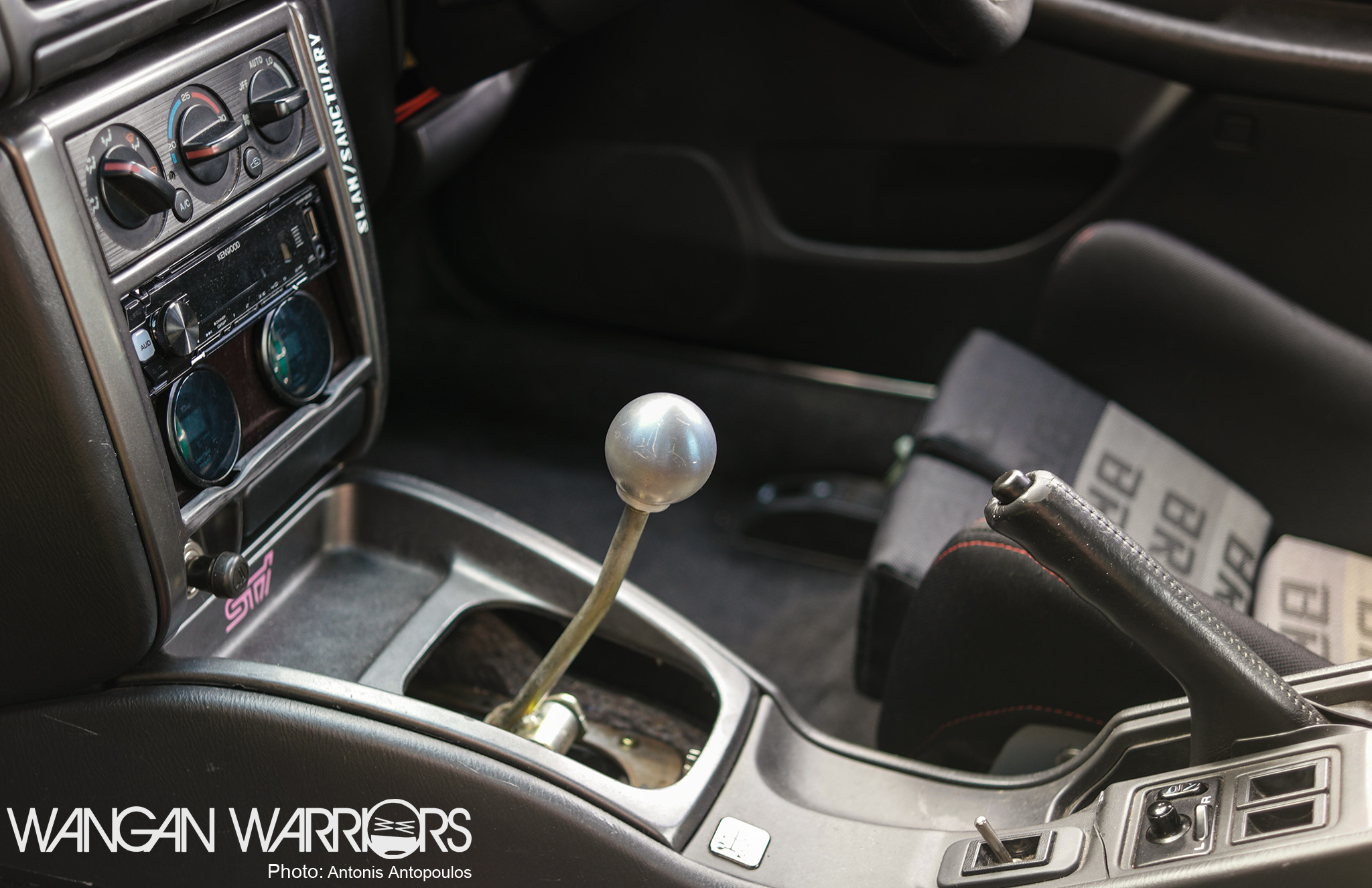 An interesting find was the intact emergency flare that is obligatory to have in all Japanese road cars and has it’s own little holder underneath the dashboard. These are usually being removed before the cars are being exported out of Japan, but I guess this one got away clean. 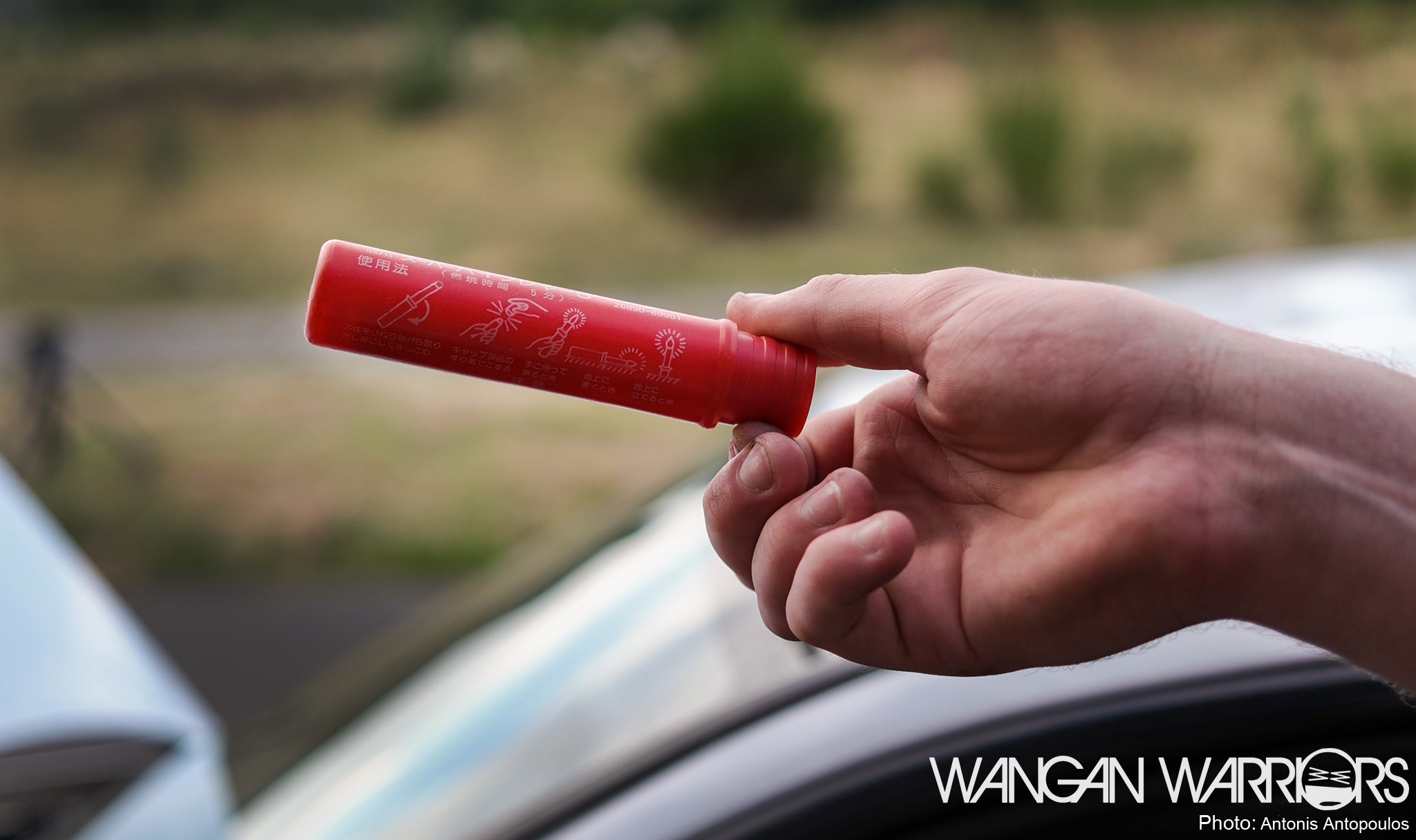 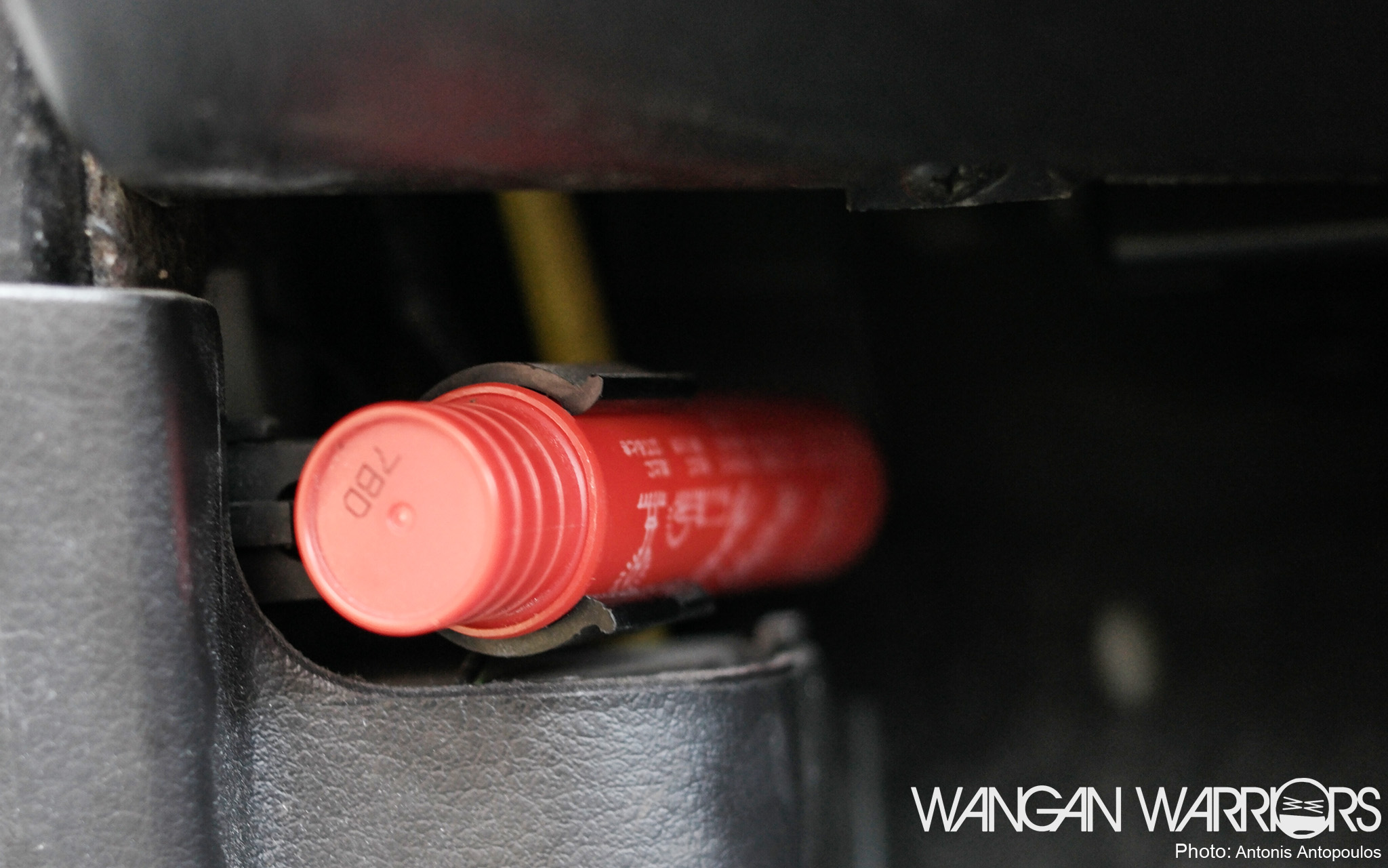 Overall I think I was mostly surprised by how light the GC8 chassis actually is and how much tuning potential it has to offer. Especially when considering how much other AWD cars weight, I think the GC8 is an awesome platform to tune into a fun little track/drag car. 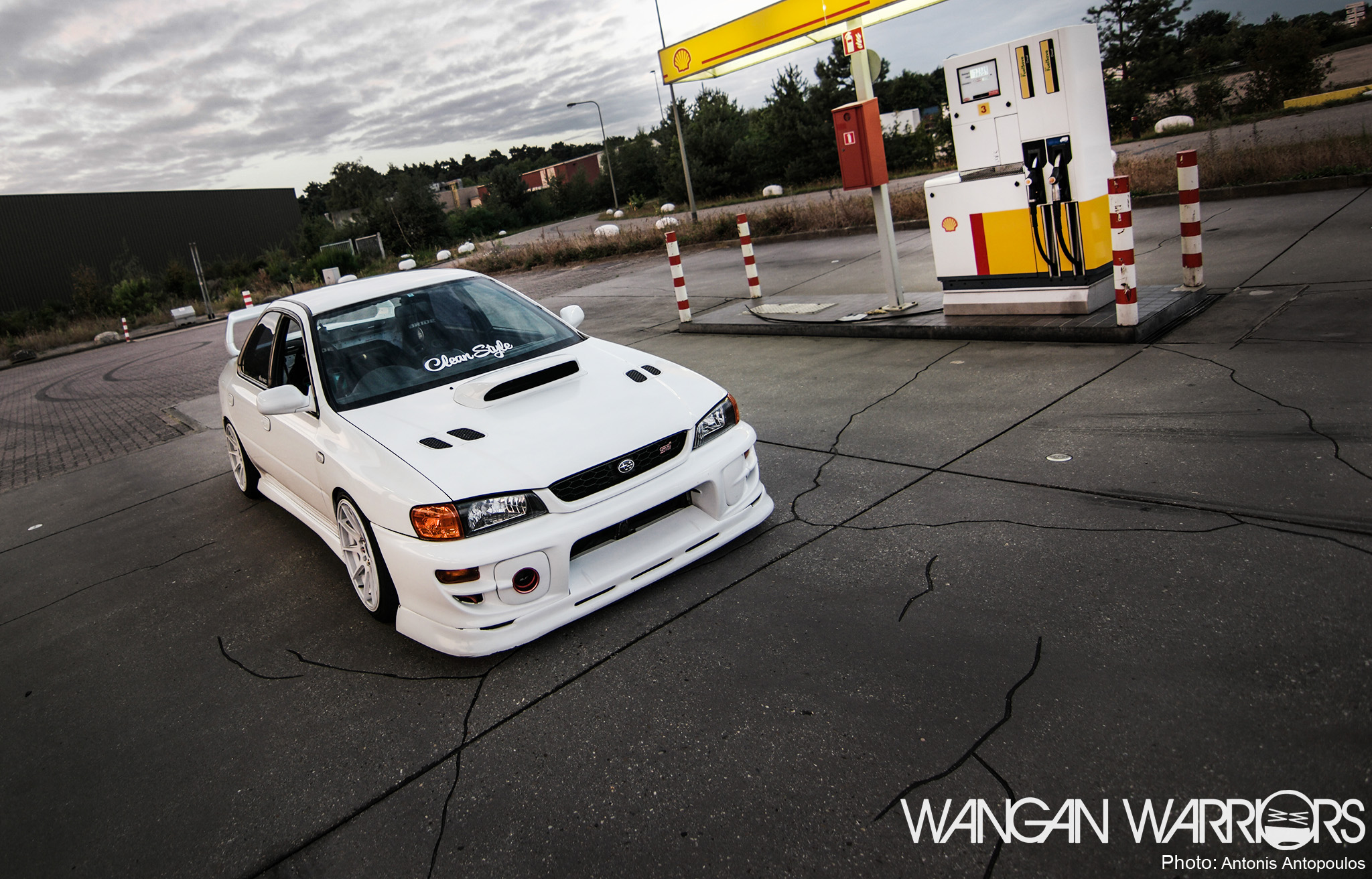 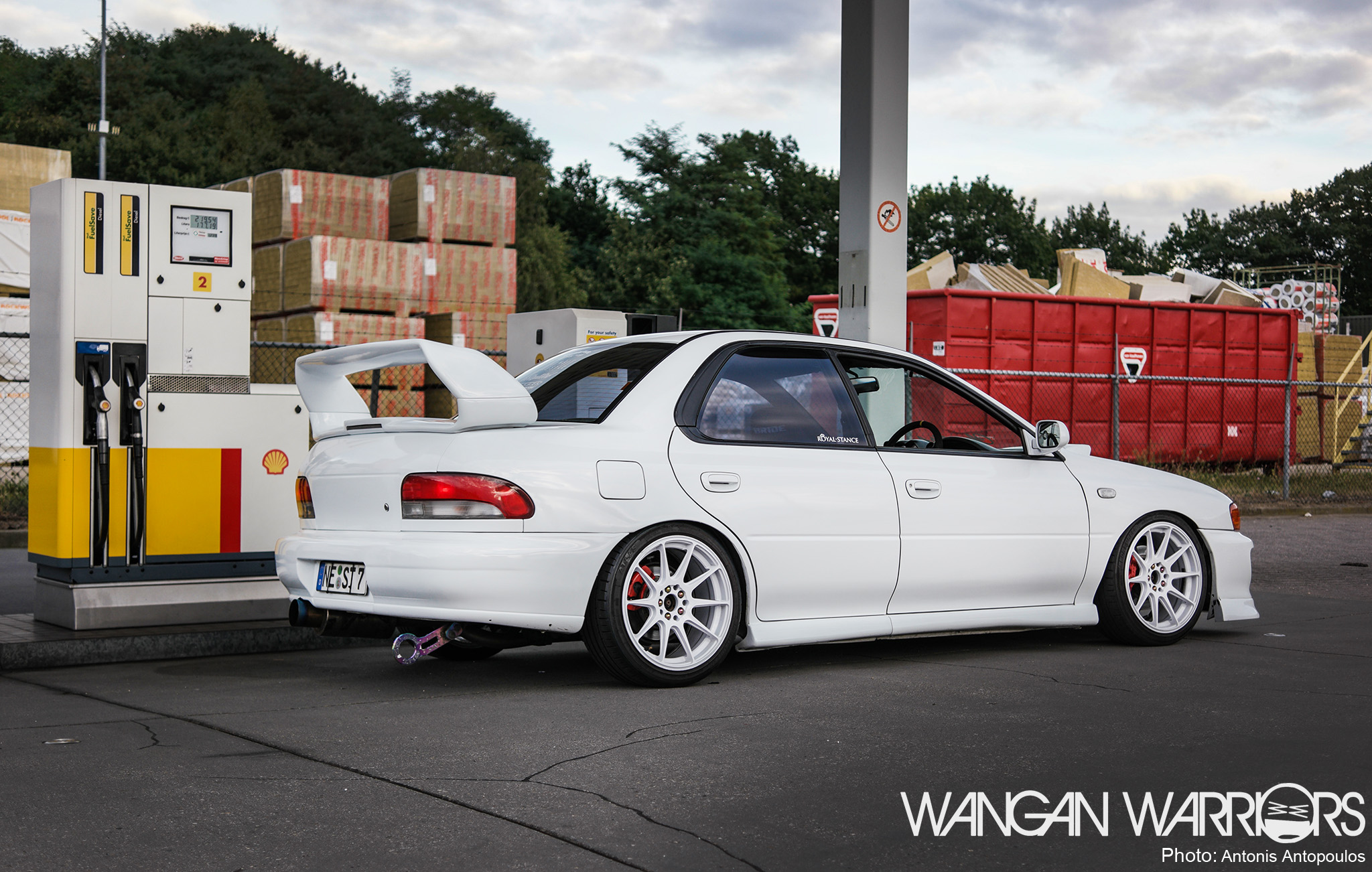 There is no arguing that such a clean and well executed example as Nico’s is a sight to be seen even when it’s standing still.
But hearing the car going into launch control and spitting fireballs with every gear change just adds so much more to the whole fun factor of owning such a car. 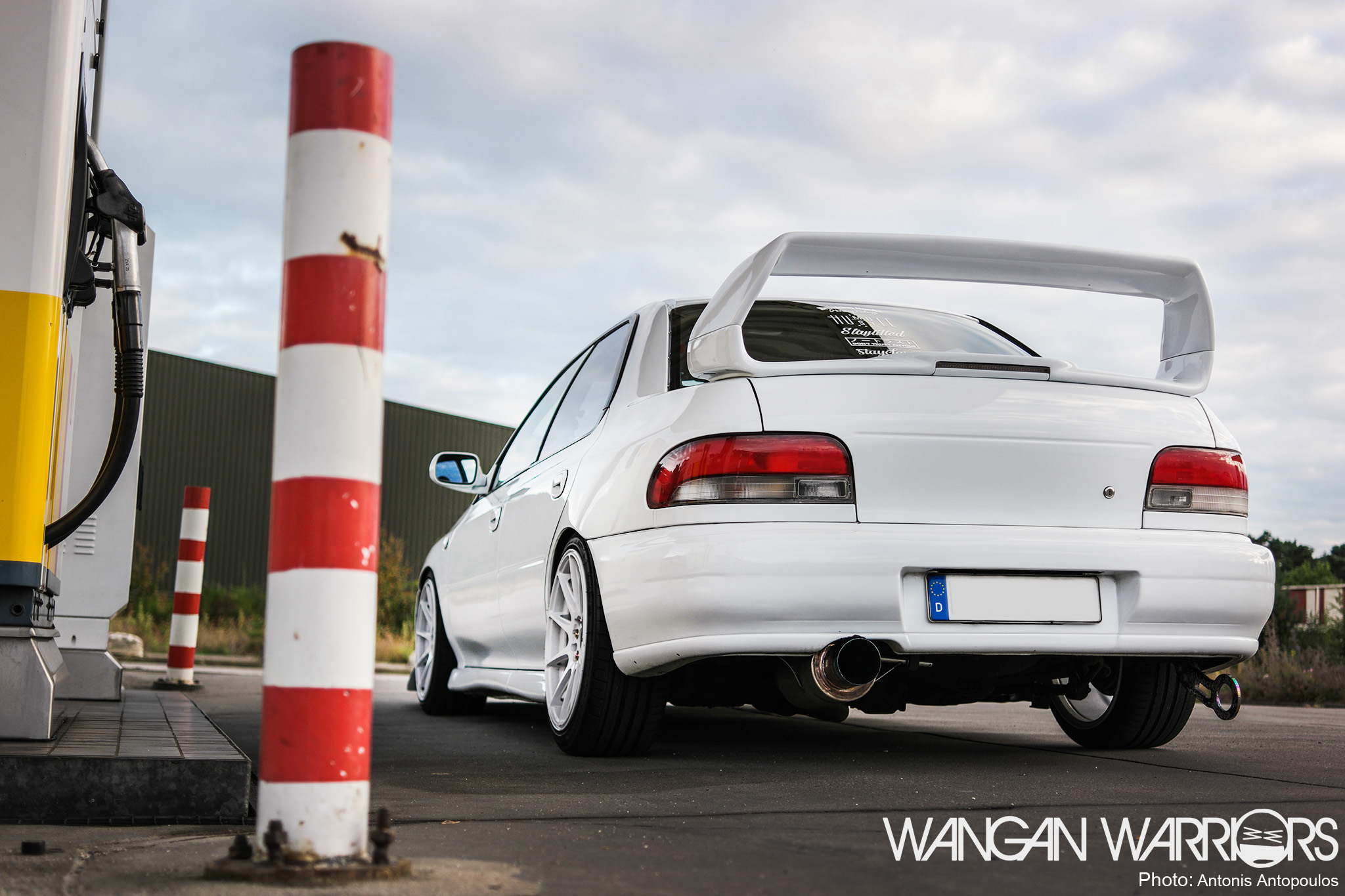 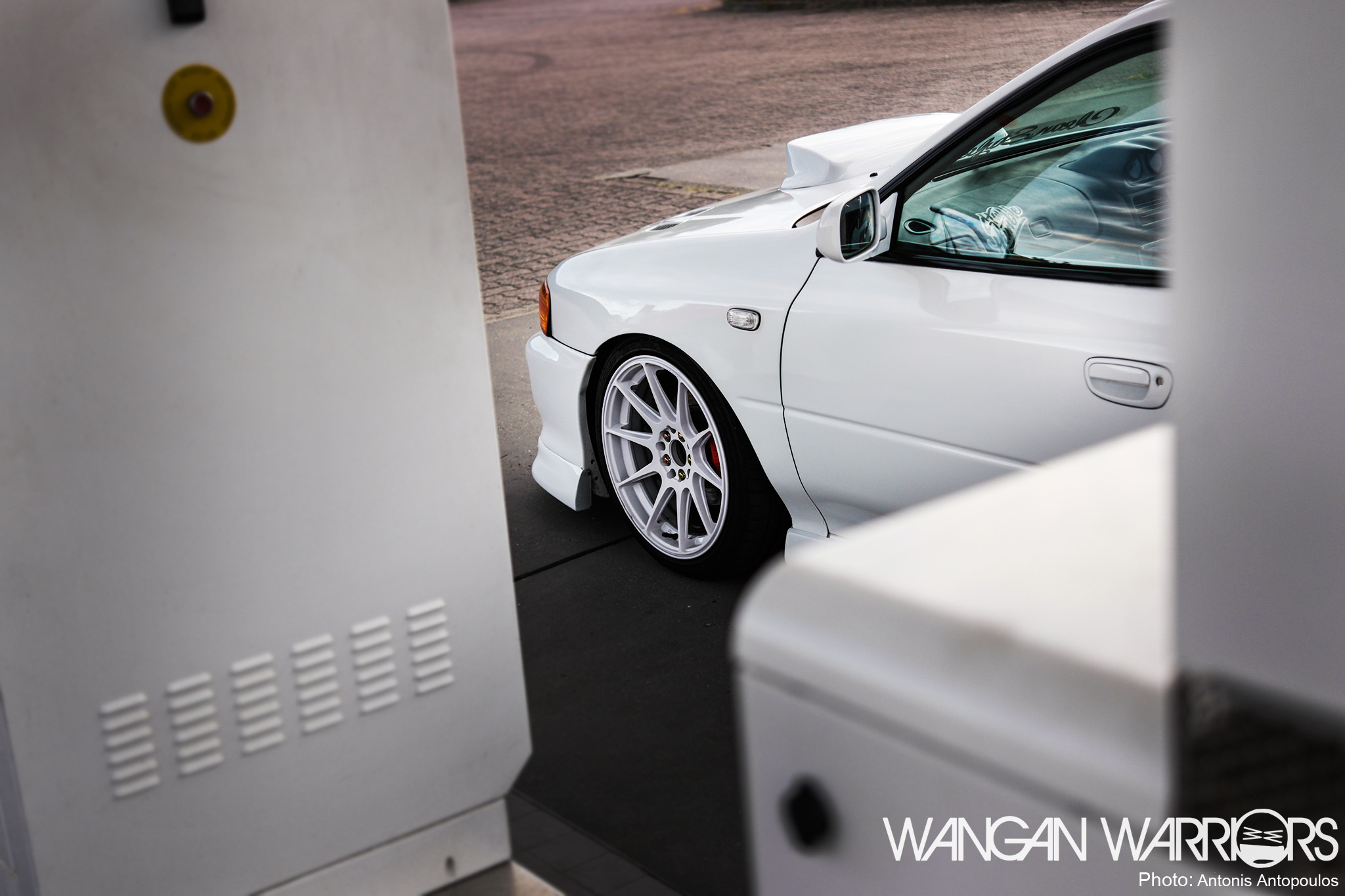 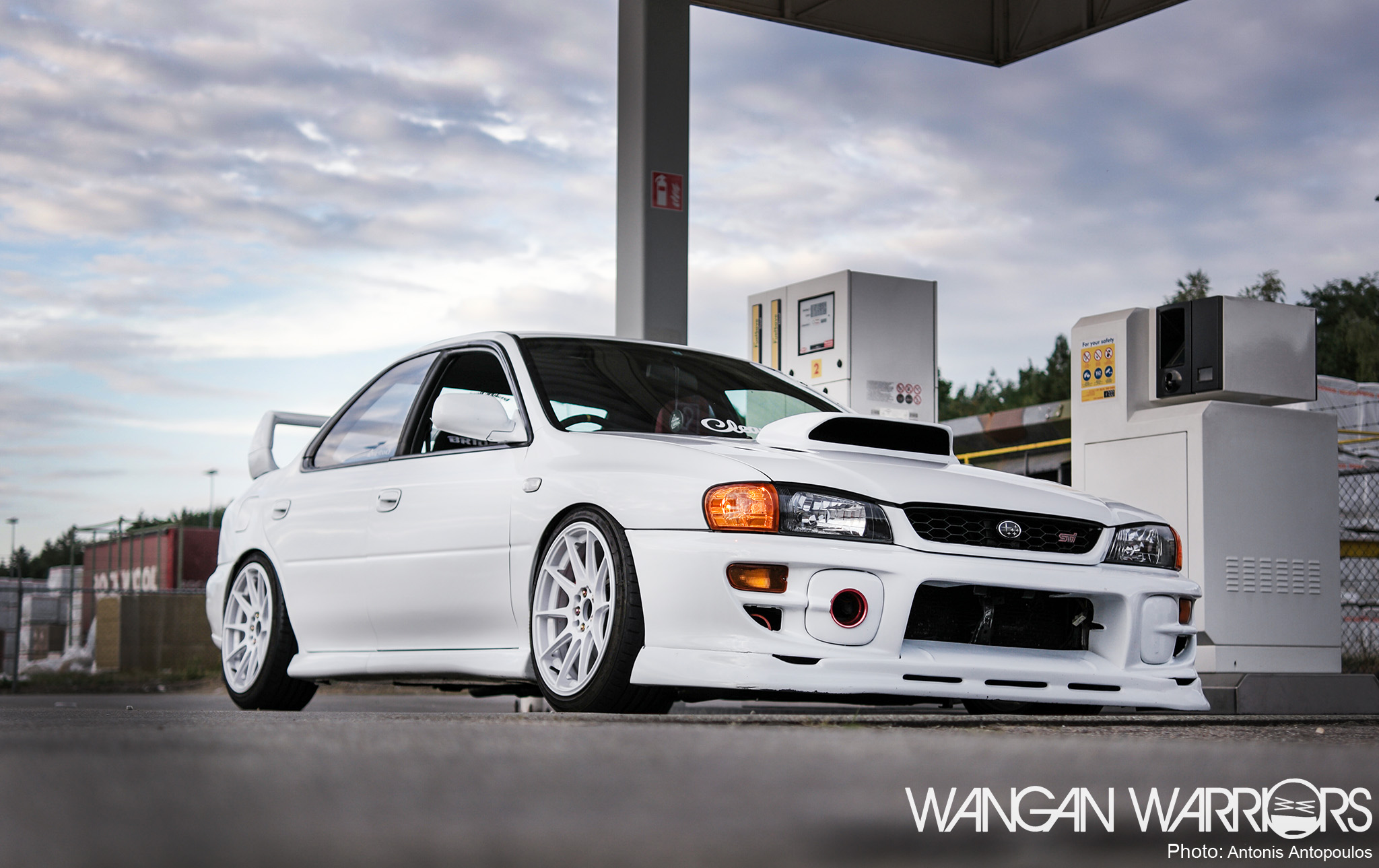 Check out a little teaser video below for said fireballs:

A huge thanks to Nico for building a very cool GC8 Impreza and for meeting up with us and showing what the car can do.
If you want to see more of the car and other projects of Nico, then follow him on Instagram: https://www.instagram.com/nico_cleanstyle 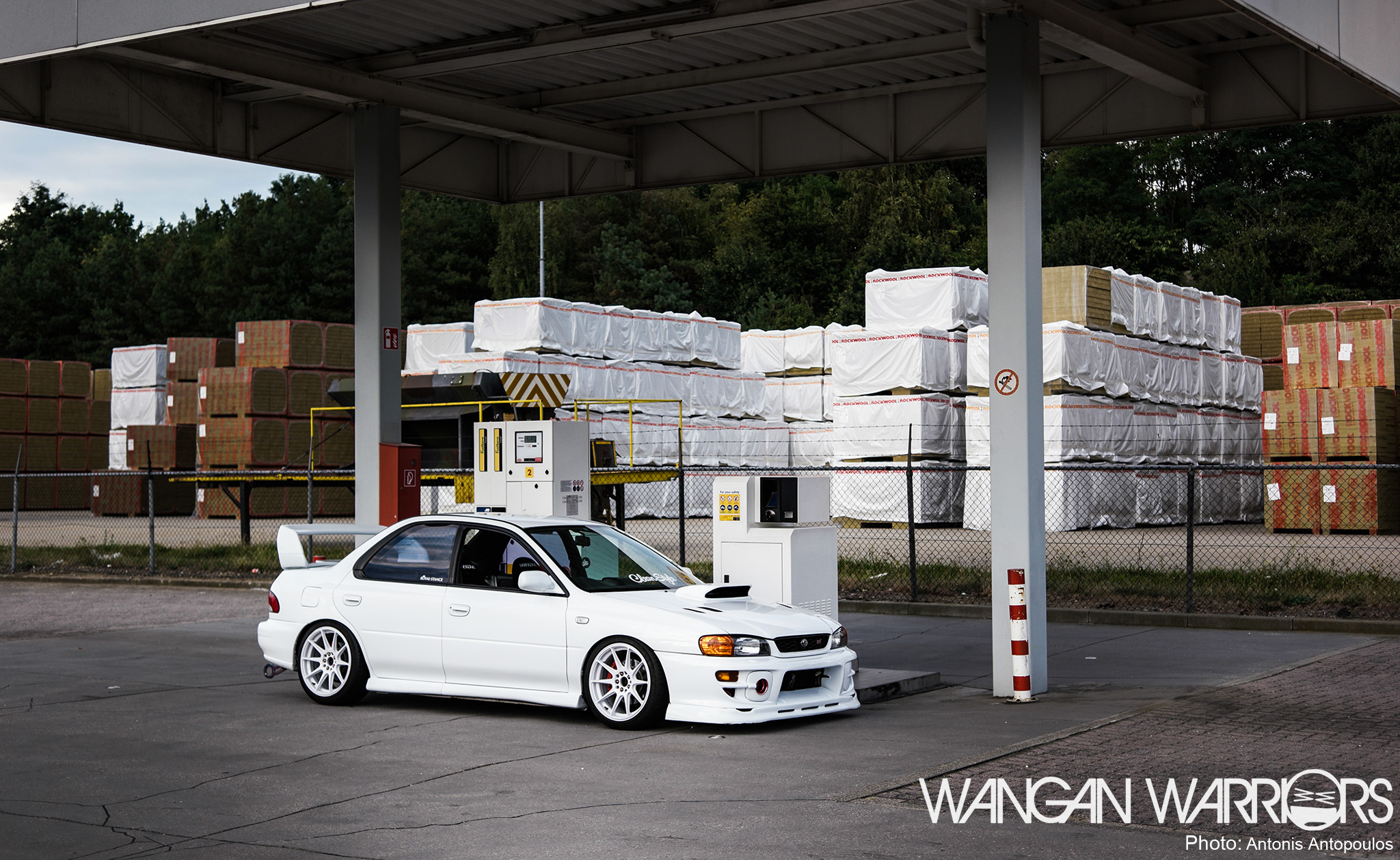 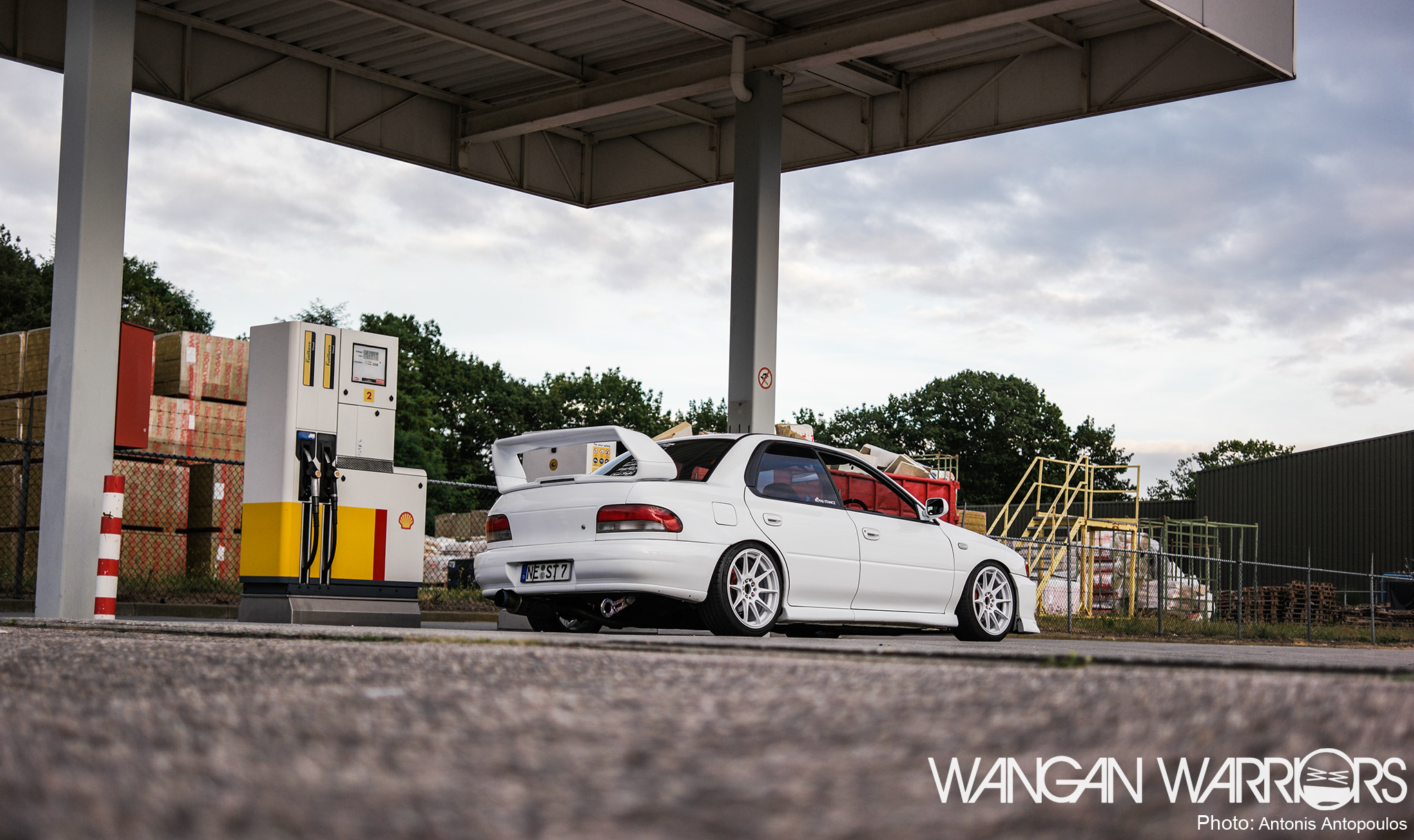