In my spare time I do a lot of different things. I enjoy watching movies, I really like spending those lazy Sunday mornings with a book and I’m always tinkering with things. The dining table is rarely used for dining, it’s more an extension of my desk where I build and modify things. 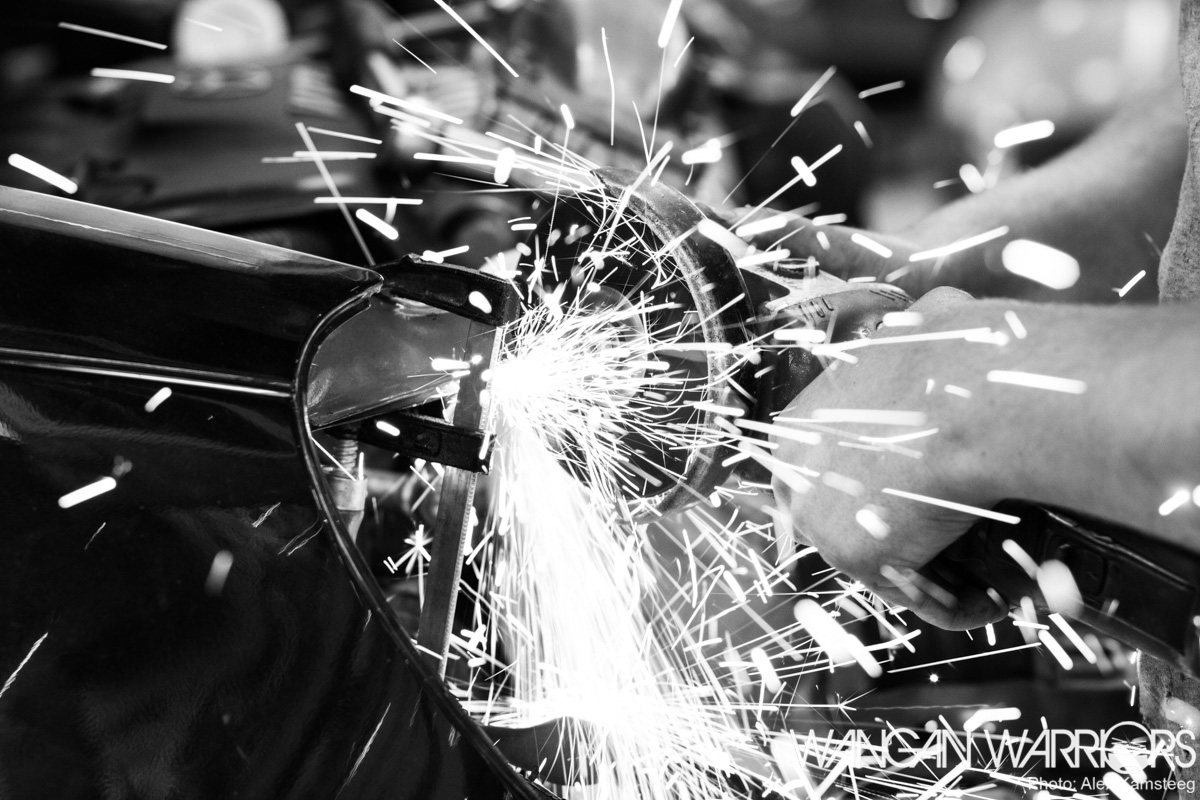 But most of the time I spend my time doing something related to cars. Something that sounds strangely odd to most people. They always think I’m driving around with a huge audio system in my trunk and lots of big wings on my car. They just can’t seem to grasp the idea that cars are something that bounds groups of people together. 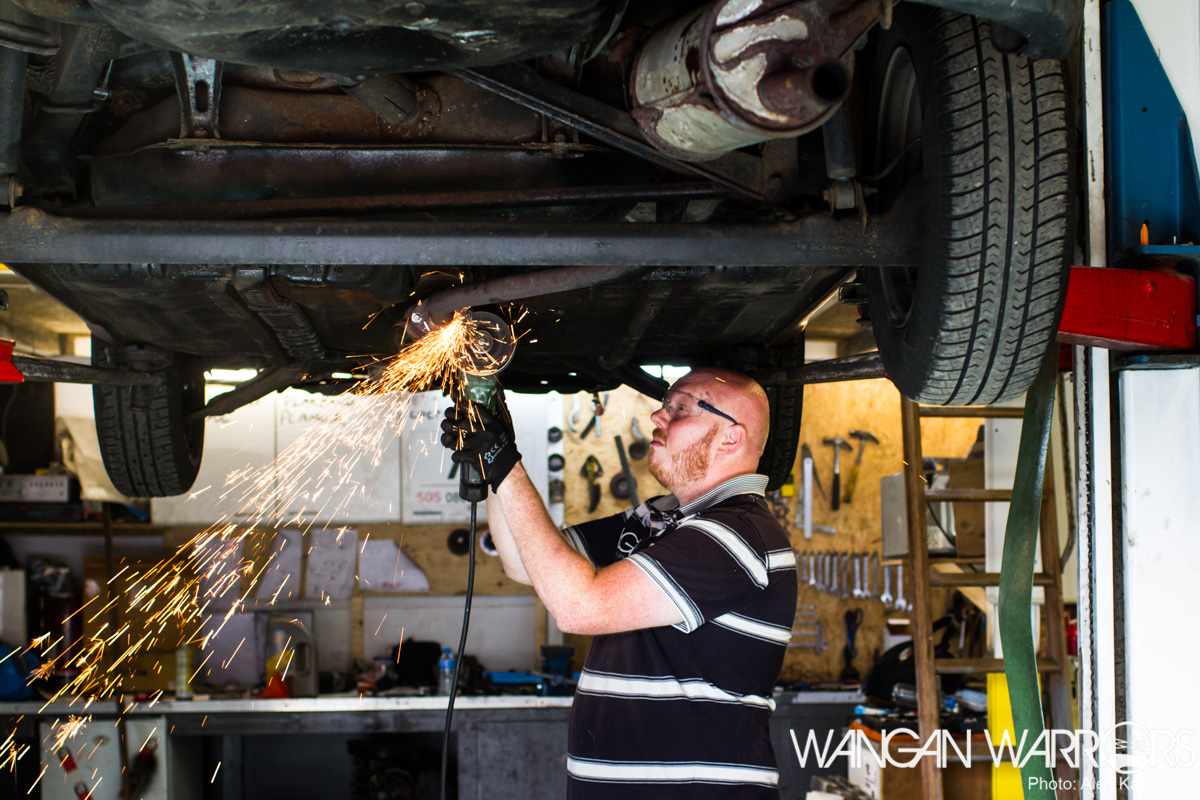 Cars are for us gearheads more than just a method of transportation. I don’t want to play the way-of-life card here, but when I write this I think about how much of my life is centered around those four-wheeled chunks of metal. I read about them, I photograph them, I write about them and I like to work on them. 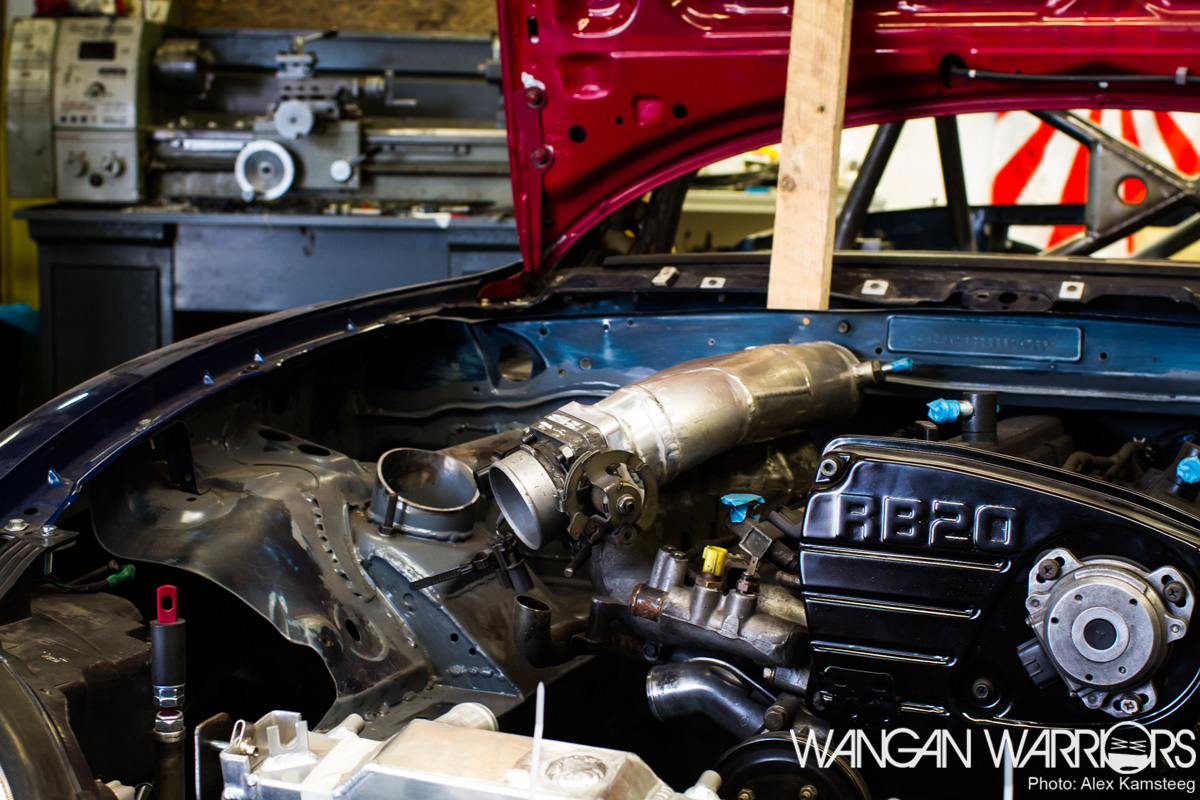 A lot of my friends are into cars too, most even a lot more than I am. Almost everything we do together is related to these vehicles. We stay up all night to watch another round of the Formula Drift championship or go to the cinema to enjoy another woefully bad car movie. And with the famous Nürburgring relatively close by we regularly rent a cabin for a weekend of hikes around the track and laps on that sacred stretch of asphalt. 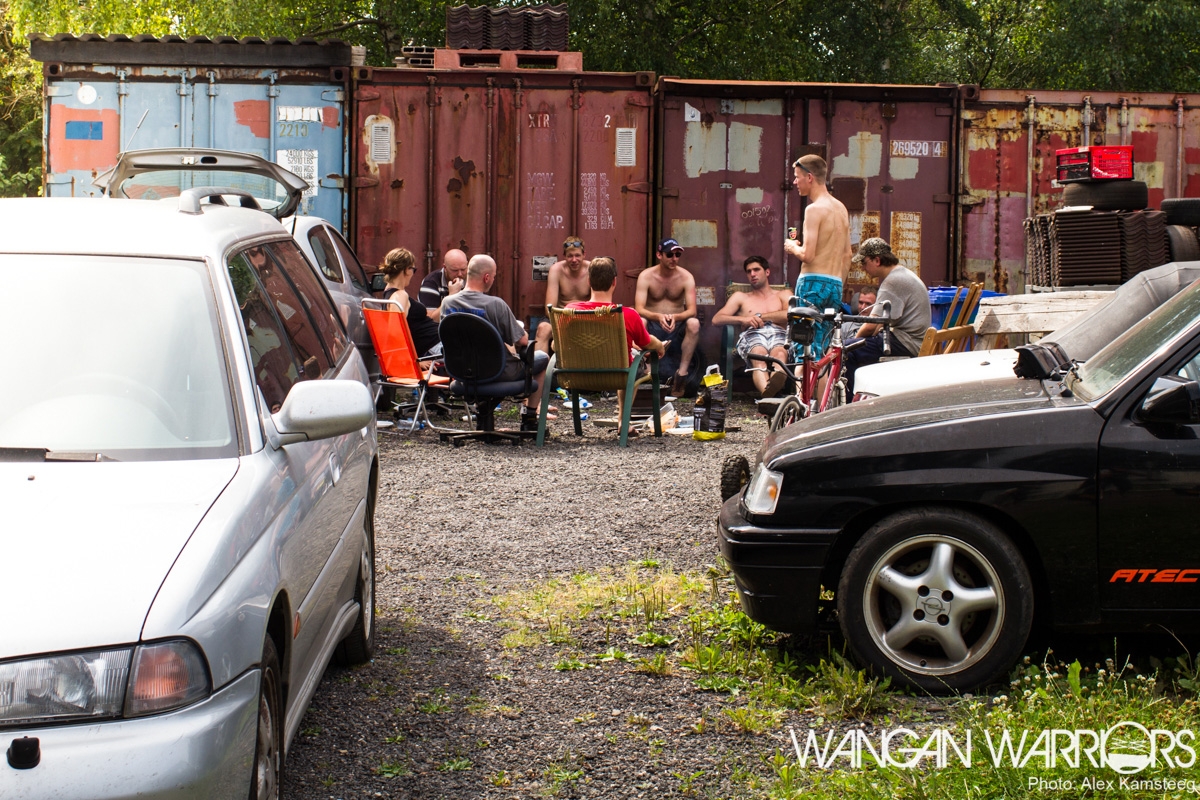 When we come together we talk about a million things, but most of the time it’s something about cars. Ambitious plans about some future modifications are discussed and some are even met with enthusiasm. Plans for meets and races are made and of course we recount stories from our shared past. 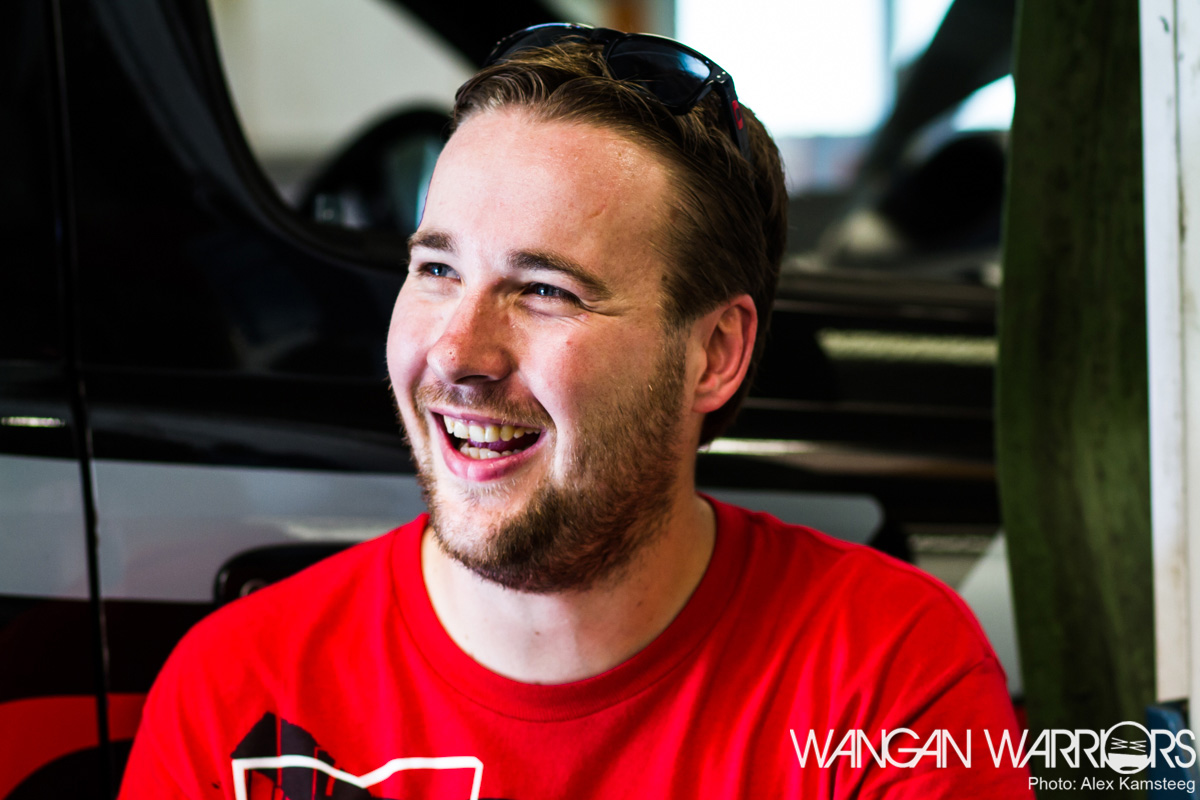 Since I met most of these guys at the strangest places we have loads of those stories. And we love to tell them, over and over again. And every time such a story is told it gets more exciting and more hilarious. 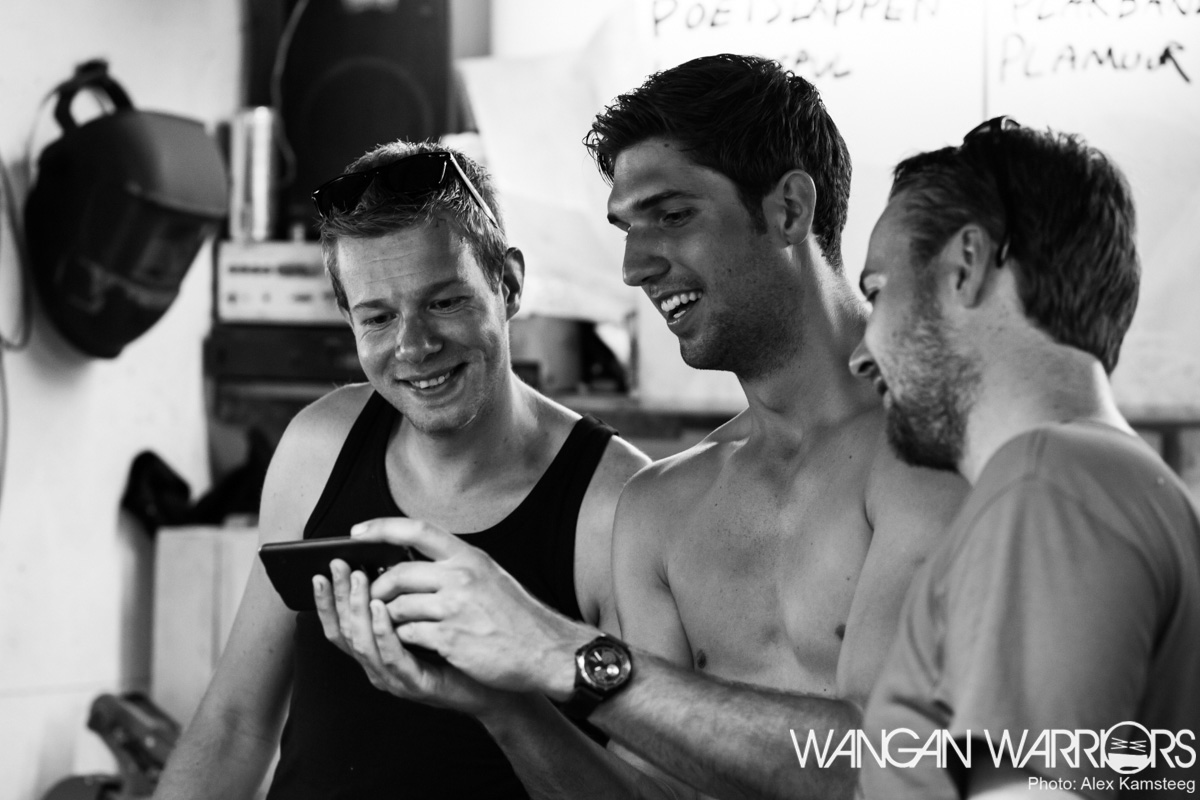 Over the years other guys joined up so we have ample opportunity to bore them with these stories. And most of the time they don’t understand them, but somehow every time we get together we do something stupid or amazing so we never run out of something to tell. 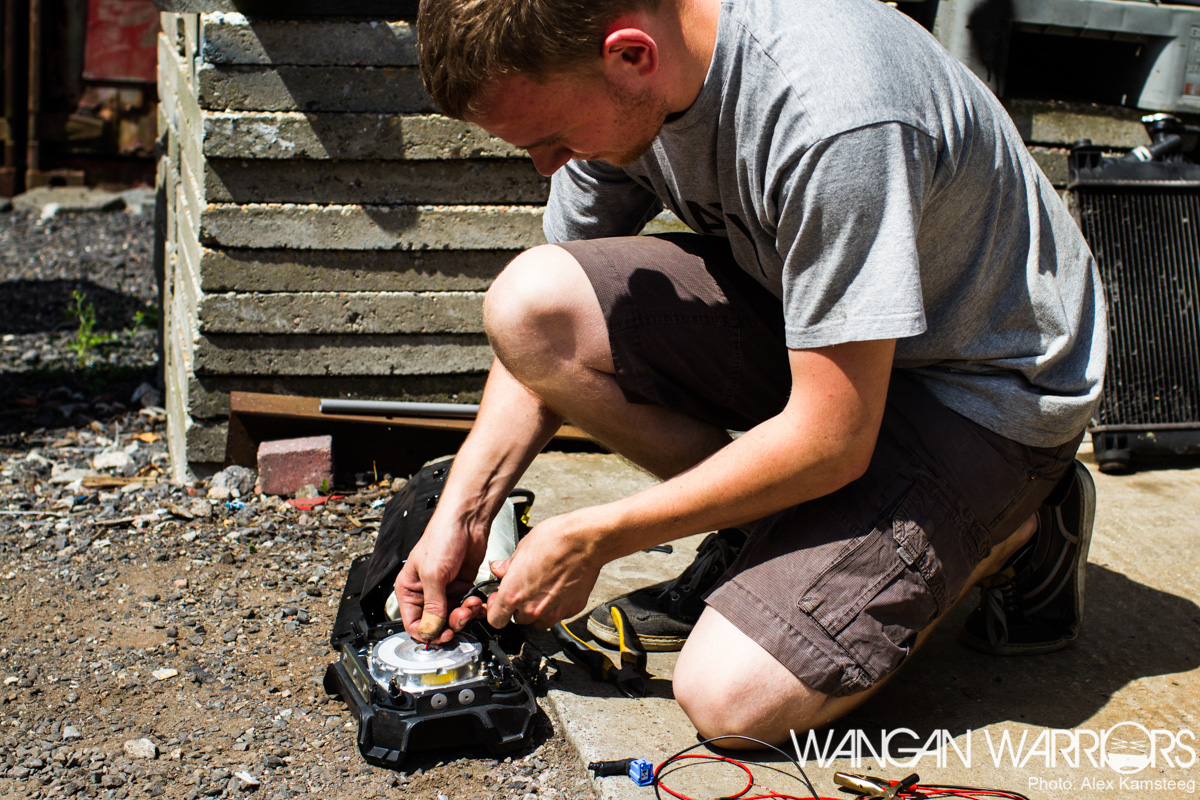 It’s quite a diverse group too, with different backgrounds, different lines of work and different skills. So, when someone has a good idea chances are there’s at least one person who can make it happen. 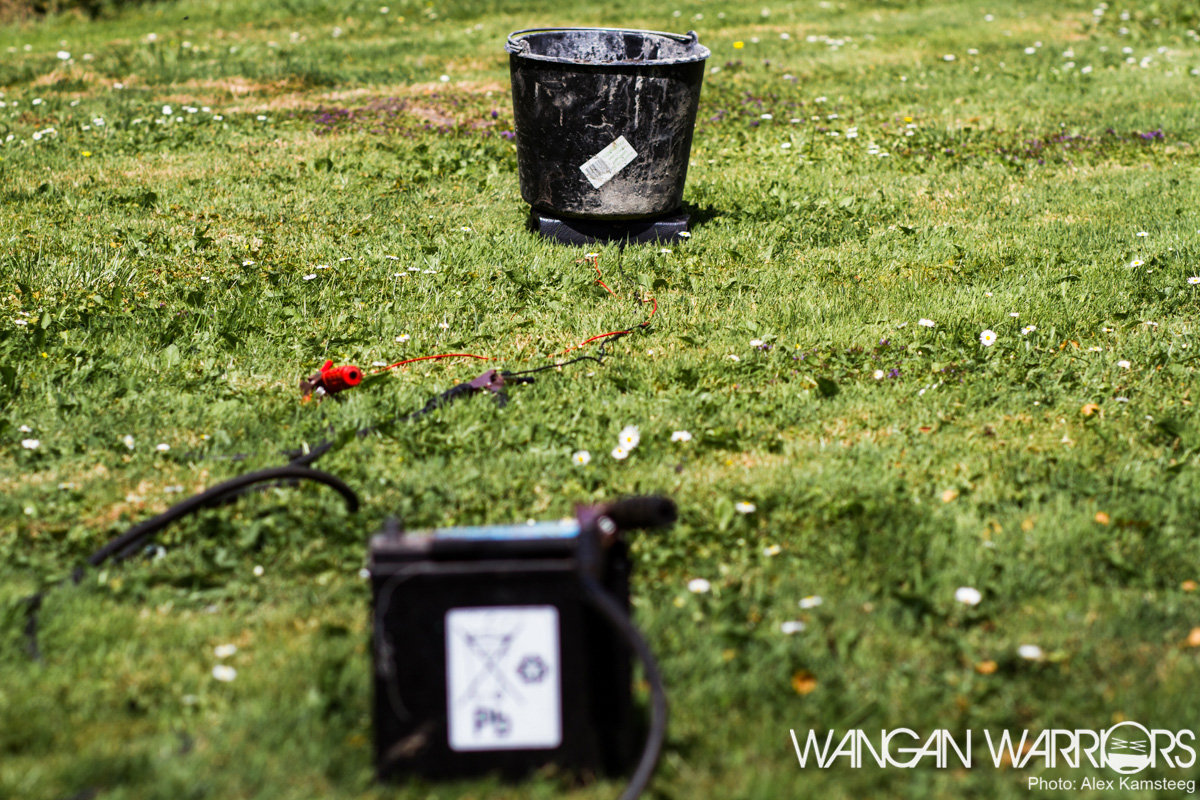 And well, have you ever run out of good, crazy and stupid ideas? We haven’t yet. Sometimes it’s an idea for a trip, other times I get a call in the middle of the night from a friend asking me to get up as soon as possible because we’re going to buy a car for his girlfriend. And sometimes, we just set things on fire. 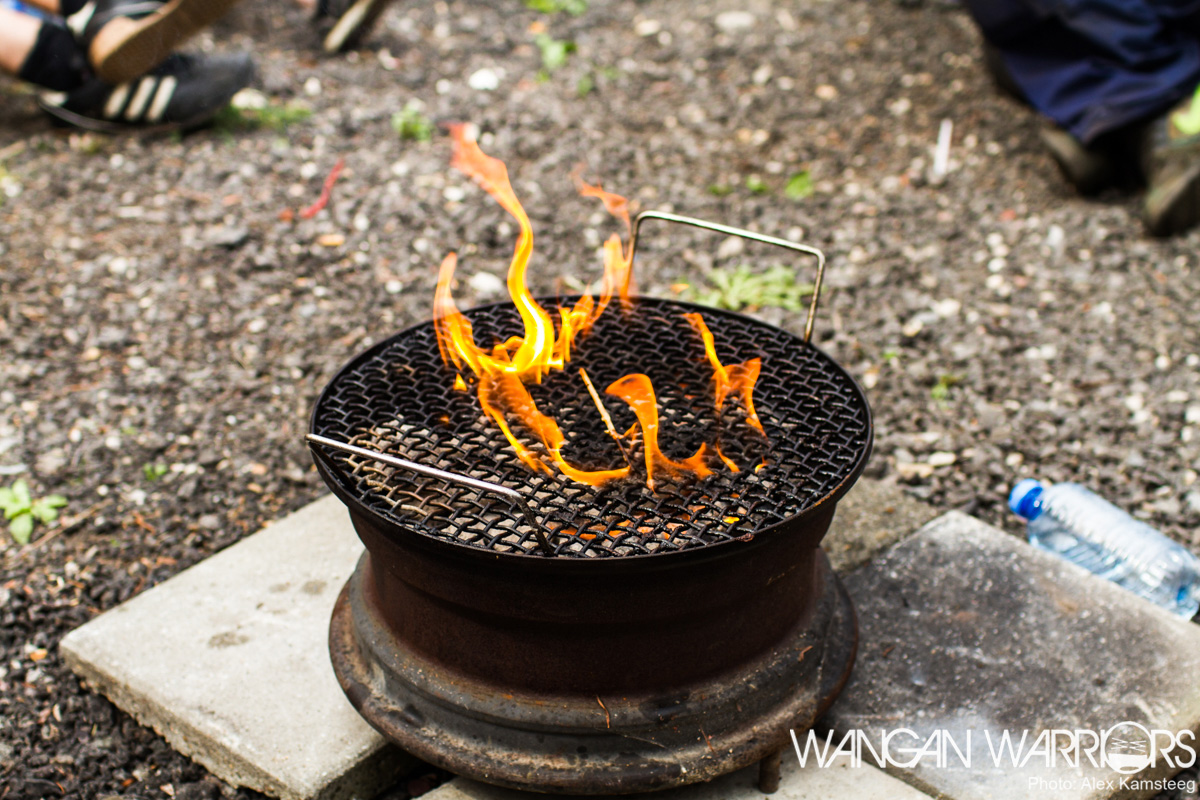 And what do we set on fire? The barbecue of course! Our resident barbecue master always forgets the sauces but he can roast a perfect piece of meat on whatever we have available that holds the charcoal inside. And he keeps that thing going for the whole day so we never run out of something to eat. 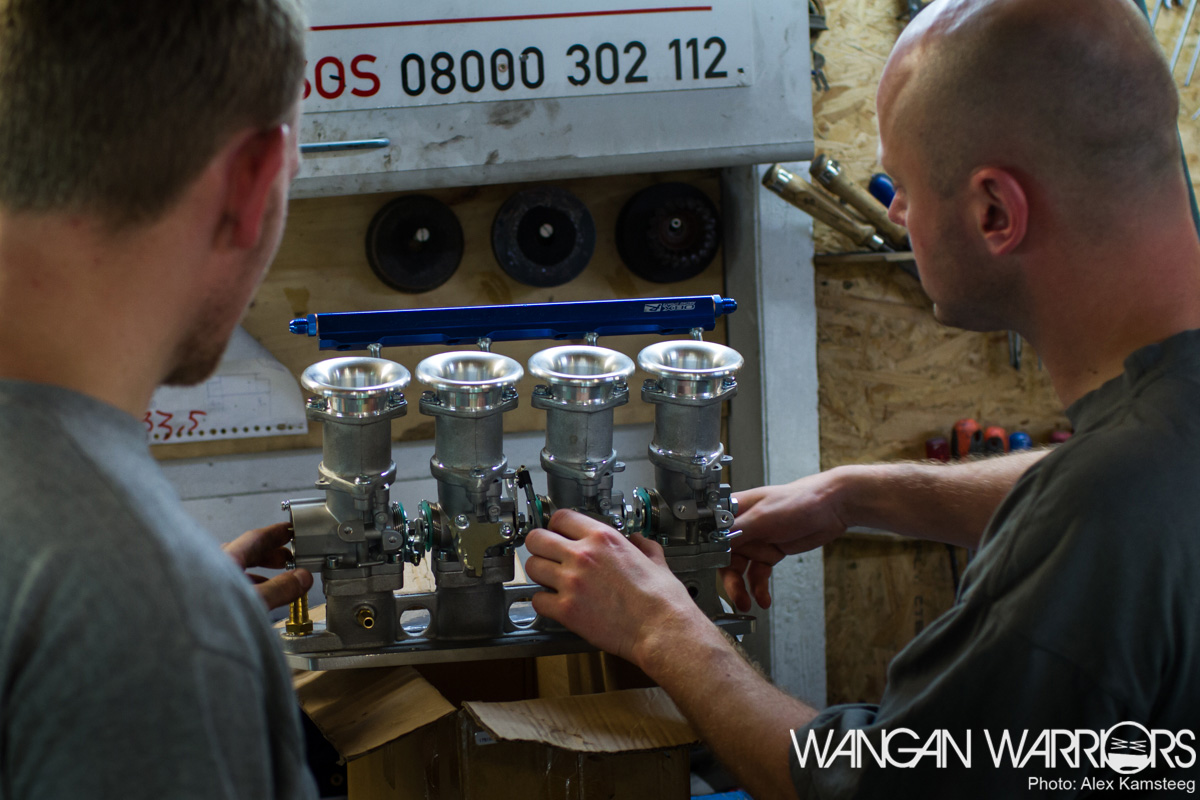 Eating and telling stories are things I can explain to people who have absolutely nothing with cars. But drooling over new and shiny parts, that is something those people can’t understand. Telling them about spending a fair bit of money on something that gets hidden under the hood just gets you puzzled looks.

And working on cars is something they find even stranger. Is it even safe to replace the brake pads when you’re not a certified mechanic? How the hell do you explain to them that you watched, completely mesmerized, how a wizard with a welding torch replaced the whole front end of a car in record time. 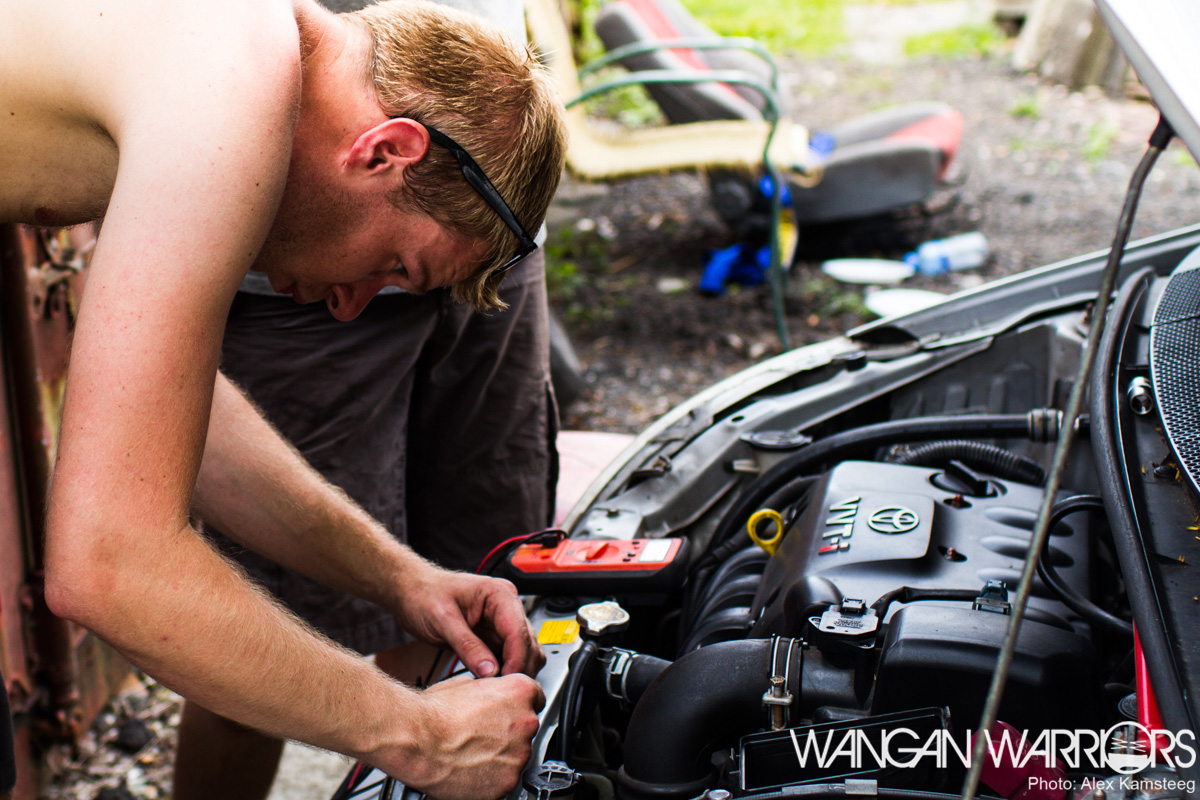 They don’t understand how I can spend hours diagnosing a weird problem with the horn of my car. They ask me why I didn’t bring it to the garage? Good question, since I couldn’t fix it and had to ask two guys with a lot more knowledge of wires and electricity for help, but it made me think. 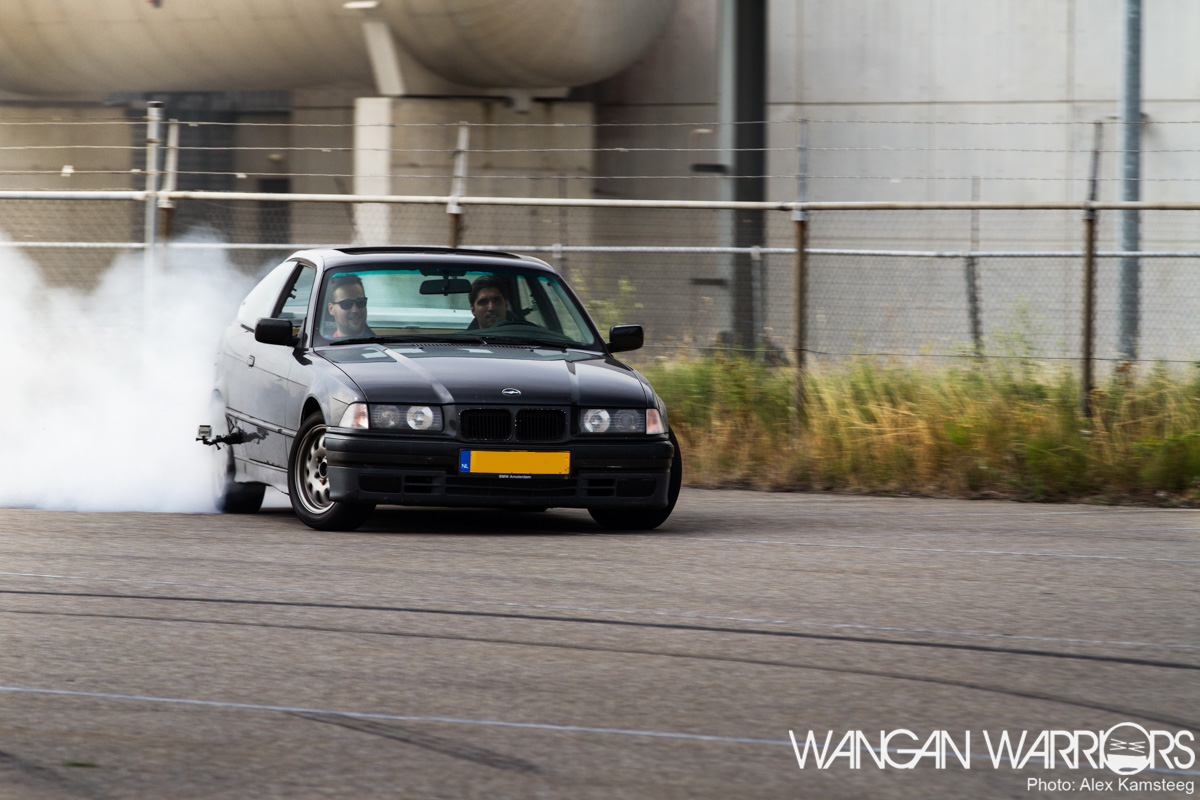 Are we car guys, and girls, such a weird bunch? I don’t think so, but I can understand why people look at us that way. Of course there are even stranger hobbies, but ours is so visible. You can’t hide your car while driving on the motorway, right? But I don’t see that as a problem, in fact it makes me enjoy cars even more. I enjoy spending time with my friends, especially when we’re covered in grease or when we’re driving a lap on the ring. That’s my hobby, and I’m proud of it. 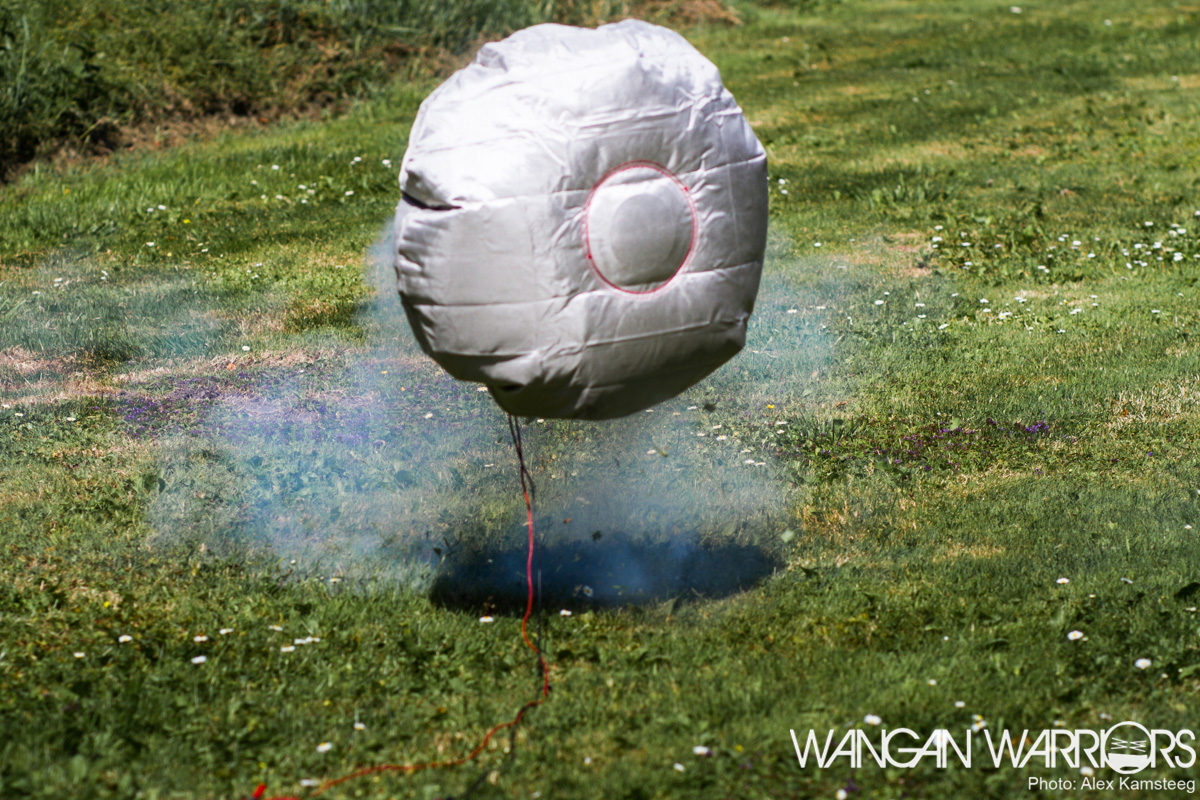 O, and those wires, the battery and the bucket? Let’s just say we never saw that bucket again.