It’s been a while since I’ve given you an update on DBM Engineering’s project Hakosuka but don’t worry, I’ve carried on following this build ever since the last blog I wrote about this project of epic proportions. 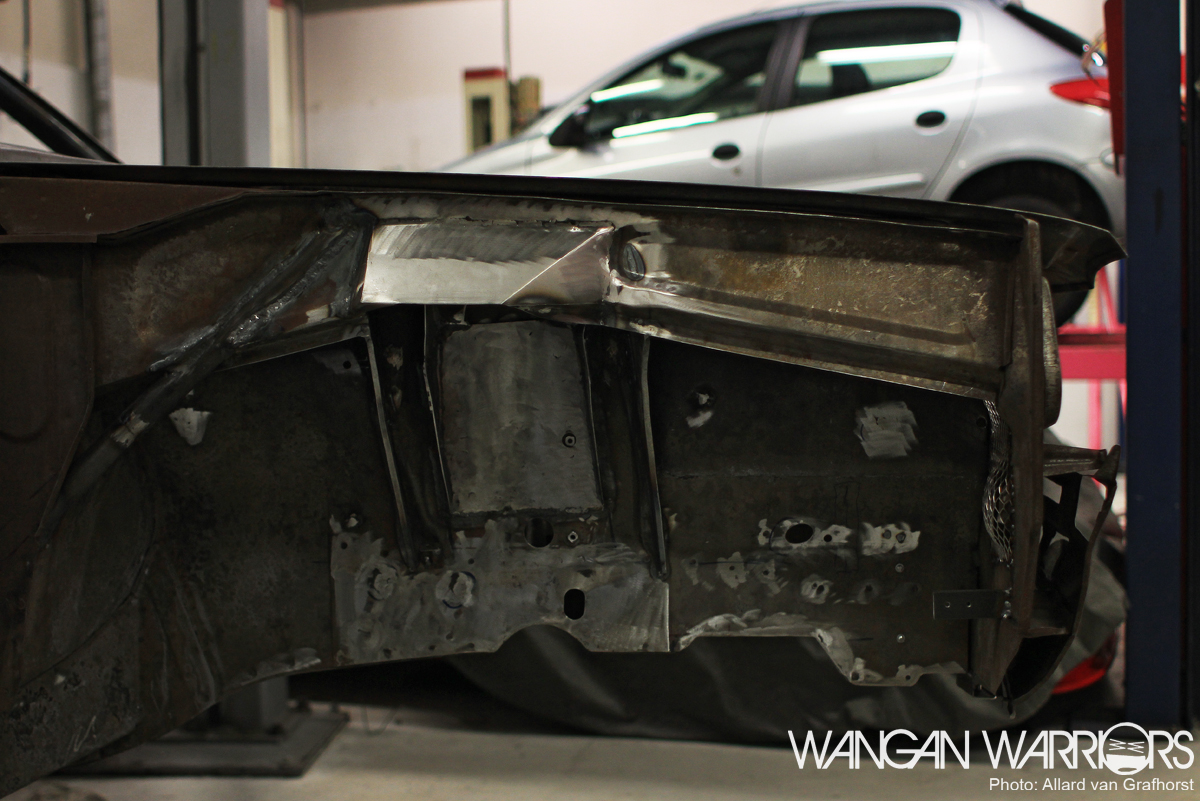 If you’ve read part two about project Hakosuka, you know that this car will receive a full drivetrain upgrade from a BCNR33. But equally important is the fact that the Hako’s chassis is getting a complete overhaul. 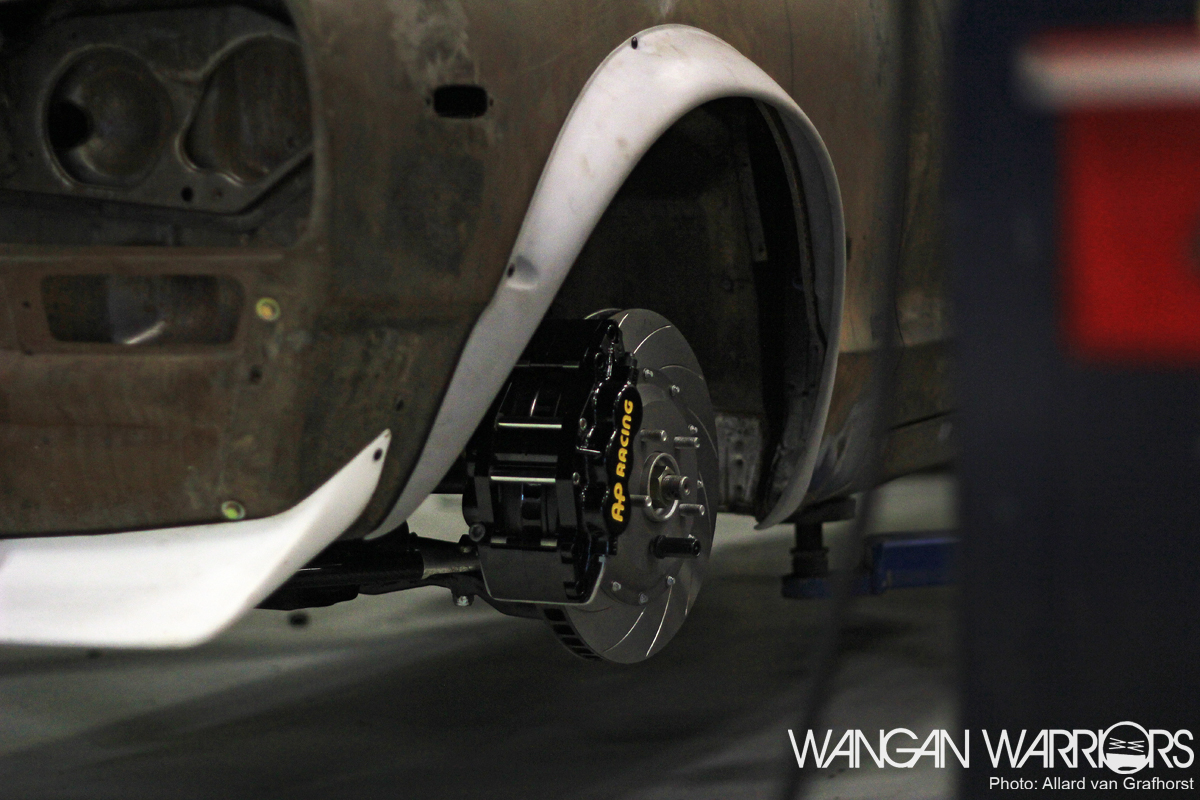 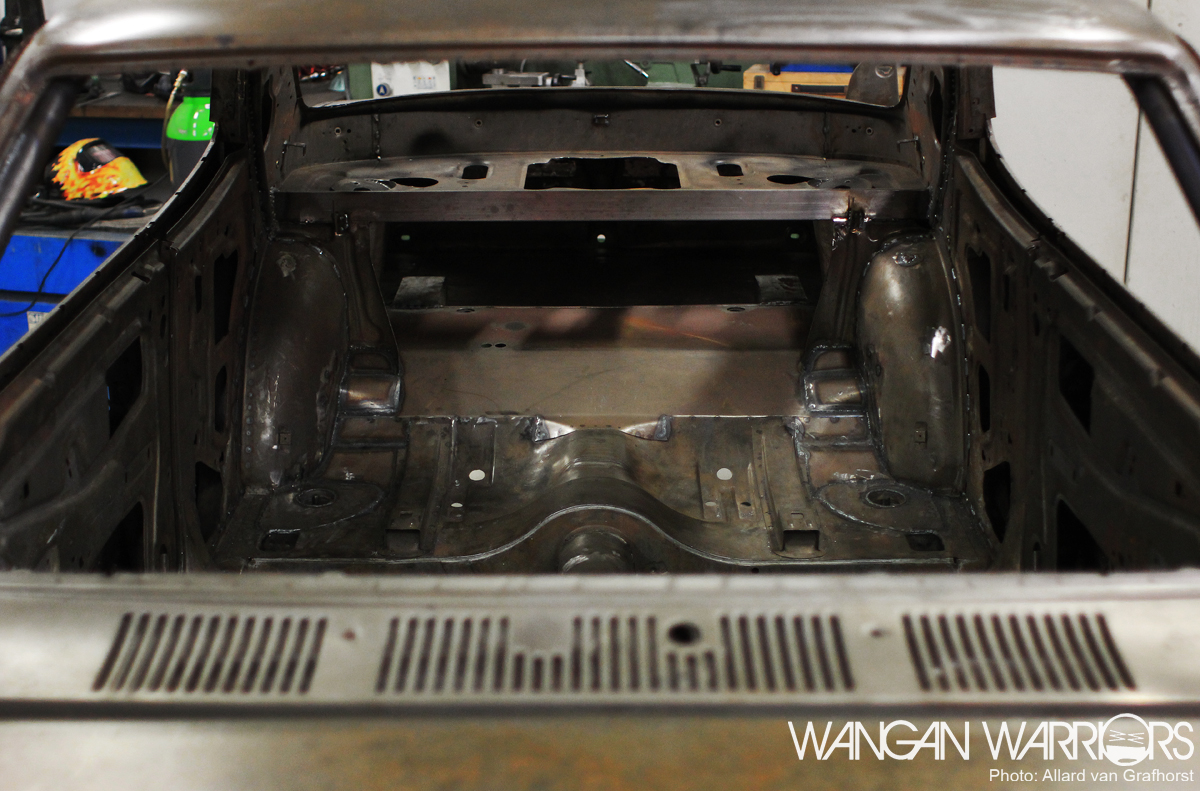 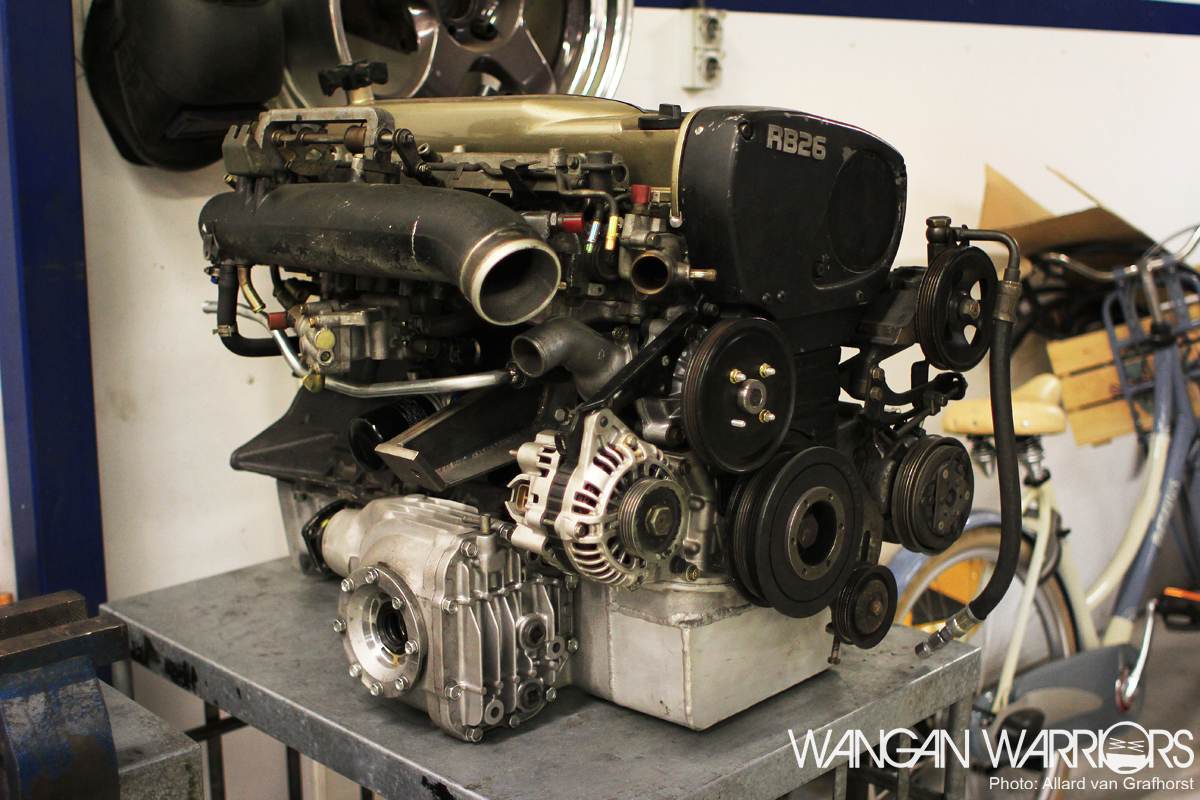 … the RB26 will throw at it, has been done. As you can see here, the sump has been modified to make sure it fits inside the tight engine bay. 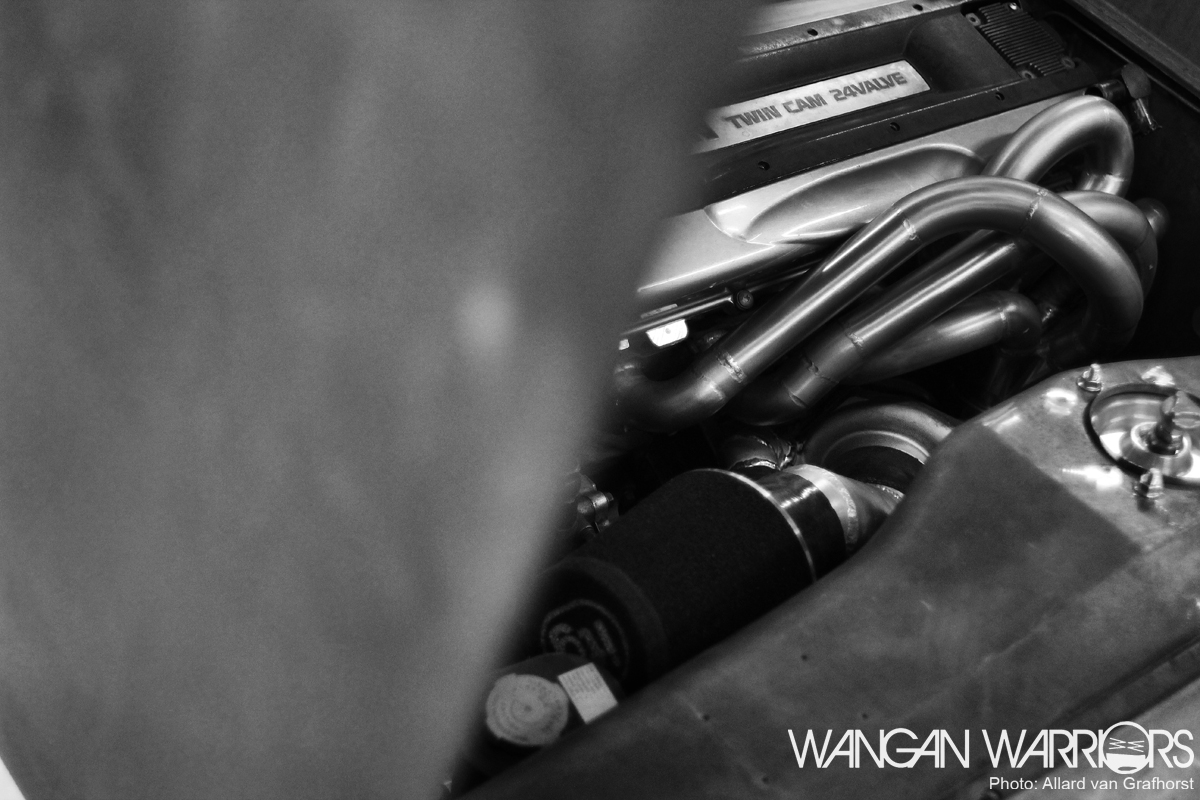 And when I say tight, I mean tight. But every downside also has it’s benefits because we wouldn’t be looking at this beautiful custom header if there was enough room for
a “normal” aftermarket exhaust manifold. 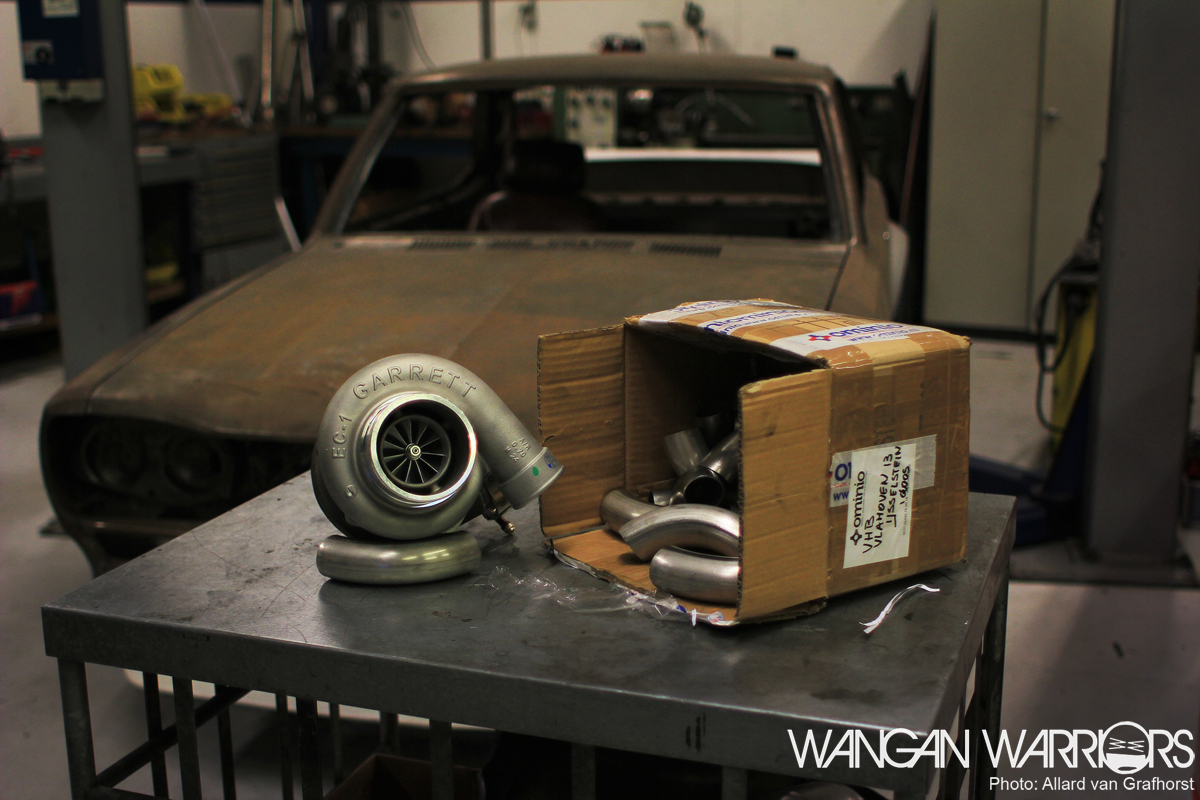 The manifold will be paired to this huge Garrett GTX35-82R dual ballbearing turbo so the restoration and all the strengthening work I mentioned earlier? It’s not only to make sure the car will live a long and prosperous live but also a necessity. 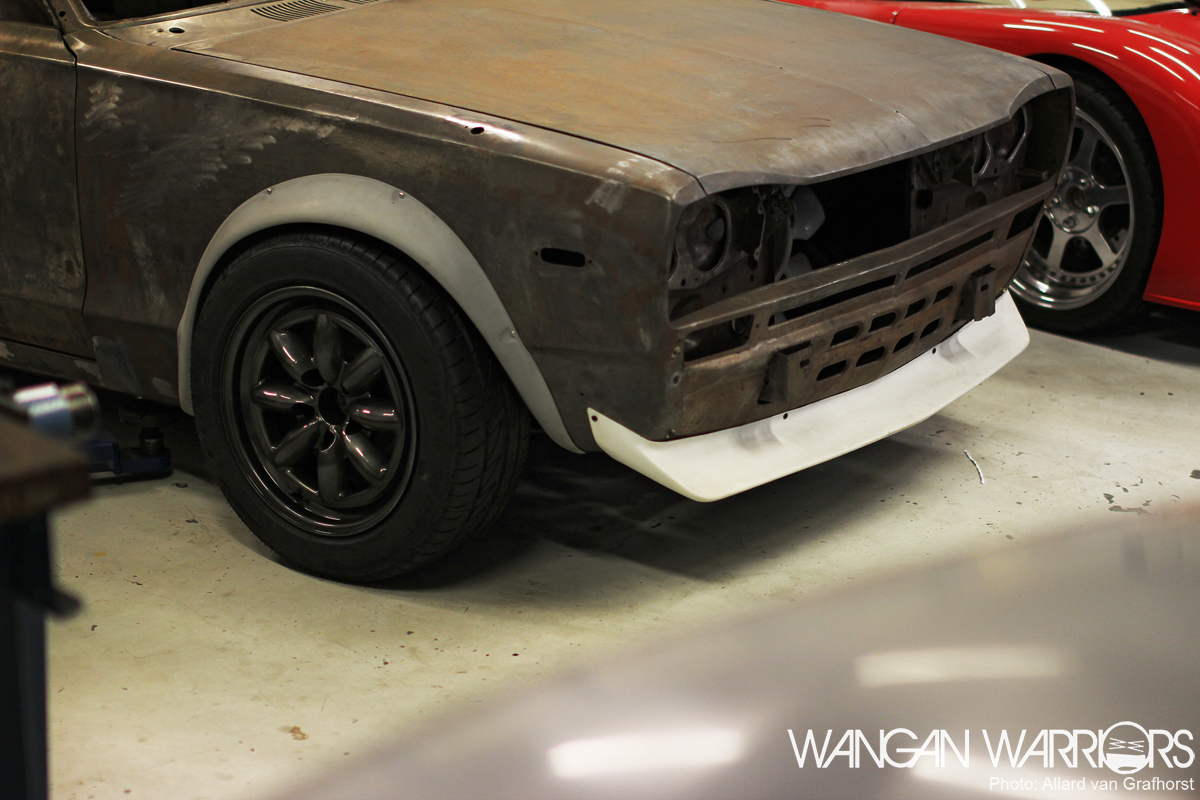 The guys at DBM engineering also received a package from the UK where Image Wheels produced a custom set of three piece wheels with hidden hardware, measuring 16 x 8J ET5 in the front and 16 x 9J ET0 in the rear. The owner opted for original Watanabes first but unfortunately they couldn’t deliver wheels in the required specs but luckily Image Wheels could! 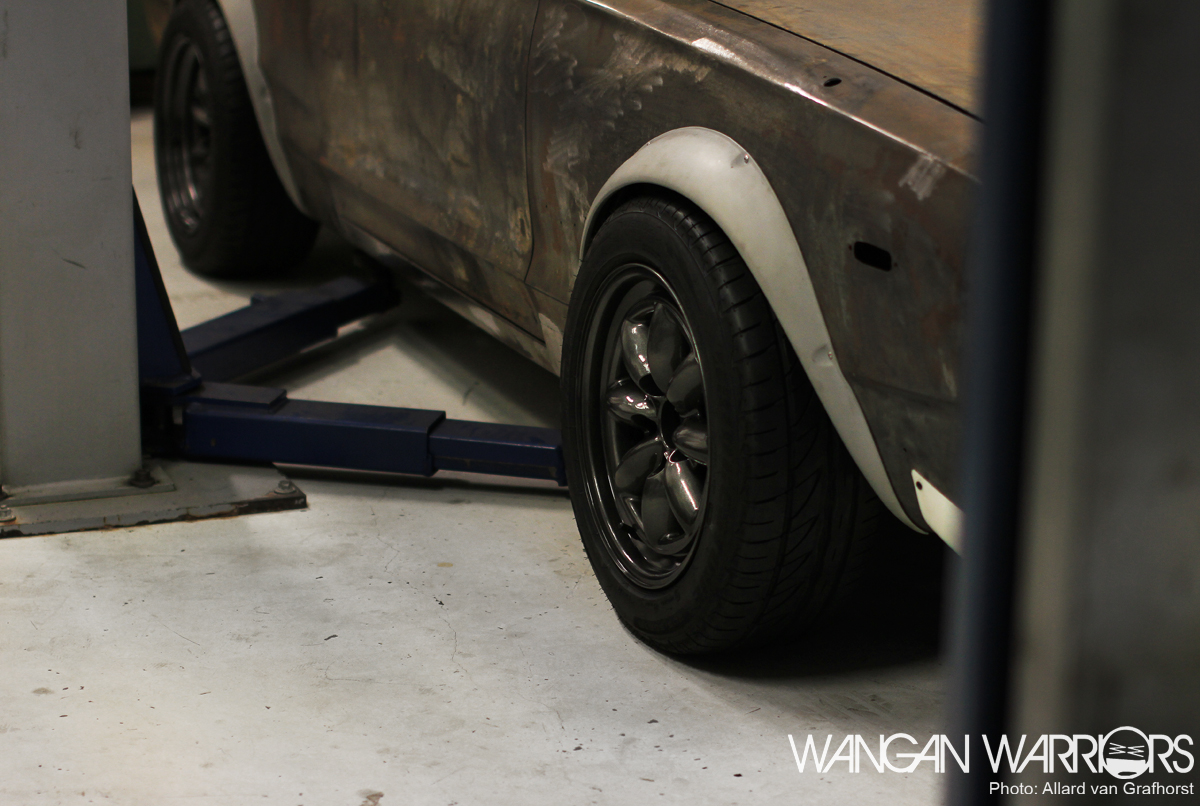 The track width of project Hakosuka has been increased dramatically, thanks to the BCNR33 subframes and everything that comes with them so deep dished, low ET wheels like you see on many Japanese Hako’s weren’t really an option. 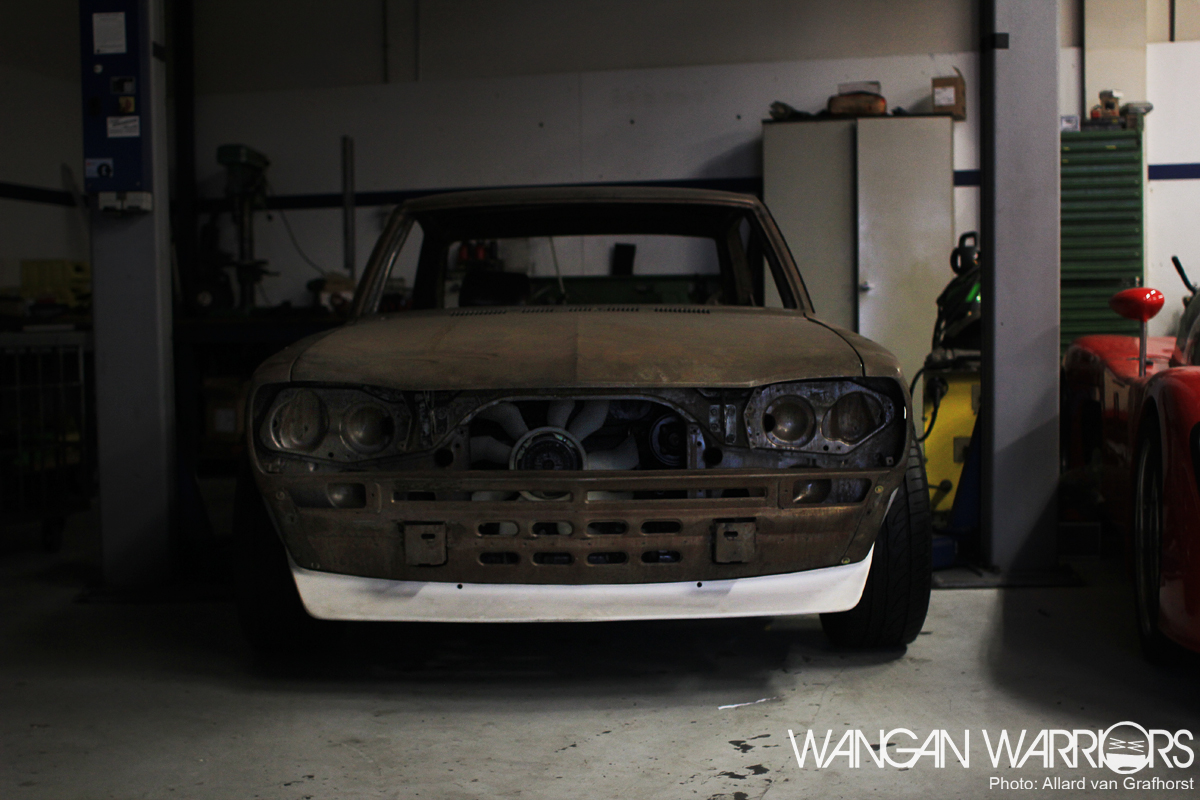 So. What’s the current status you ask? 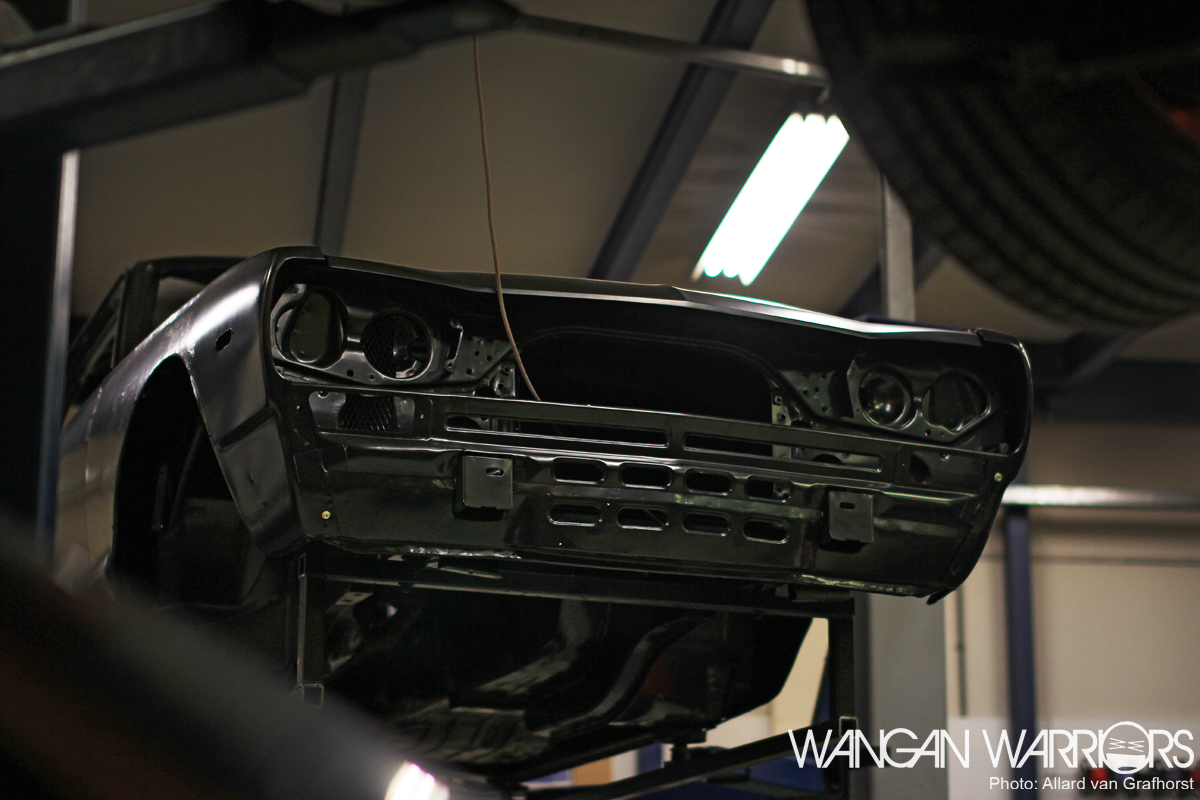 Project Hakosuka has received an E-Coat bath (KTL) which in short means she’s completely primered, top to bottom and is now ready for the bodyshop which also means that the fabrication work to the chassis is 90% done. 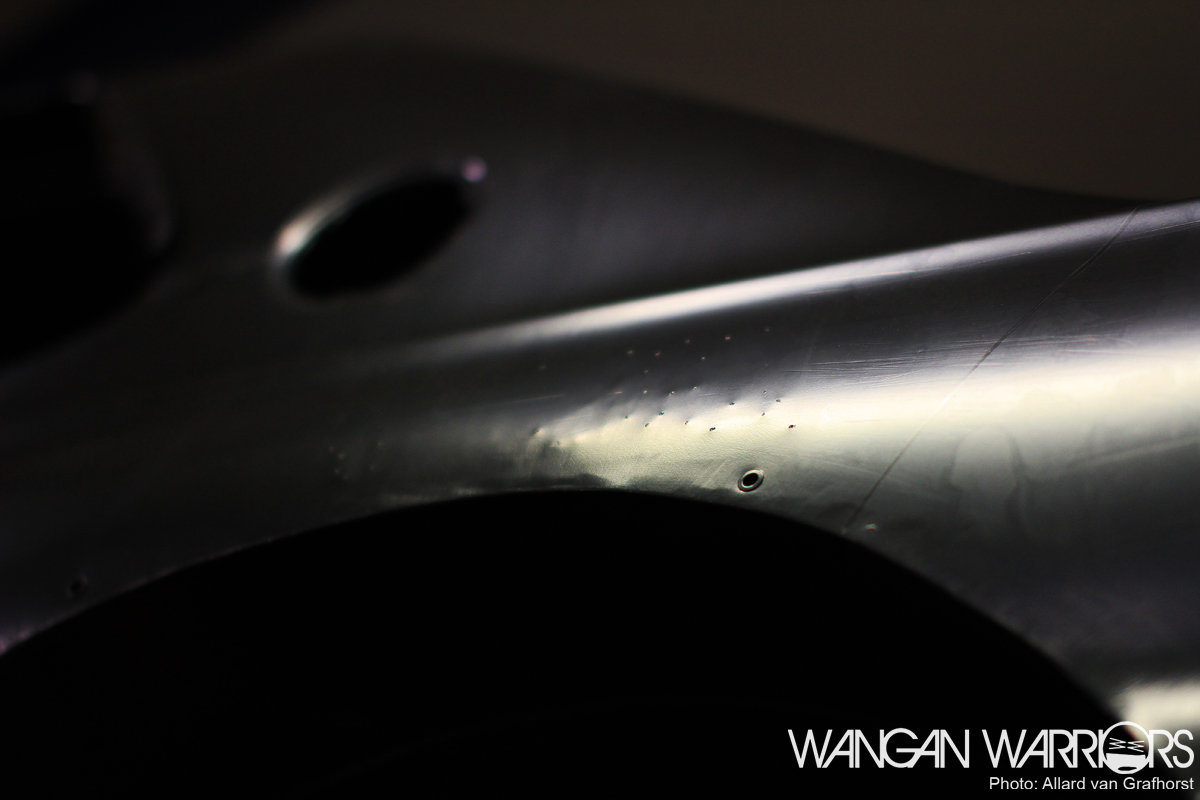 That final bath has revealed the final, minor flaws and got rid of any residual rust so the bodyshop knows what it’s up against. 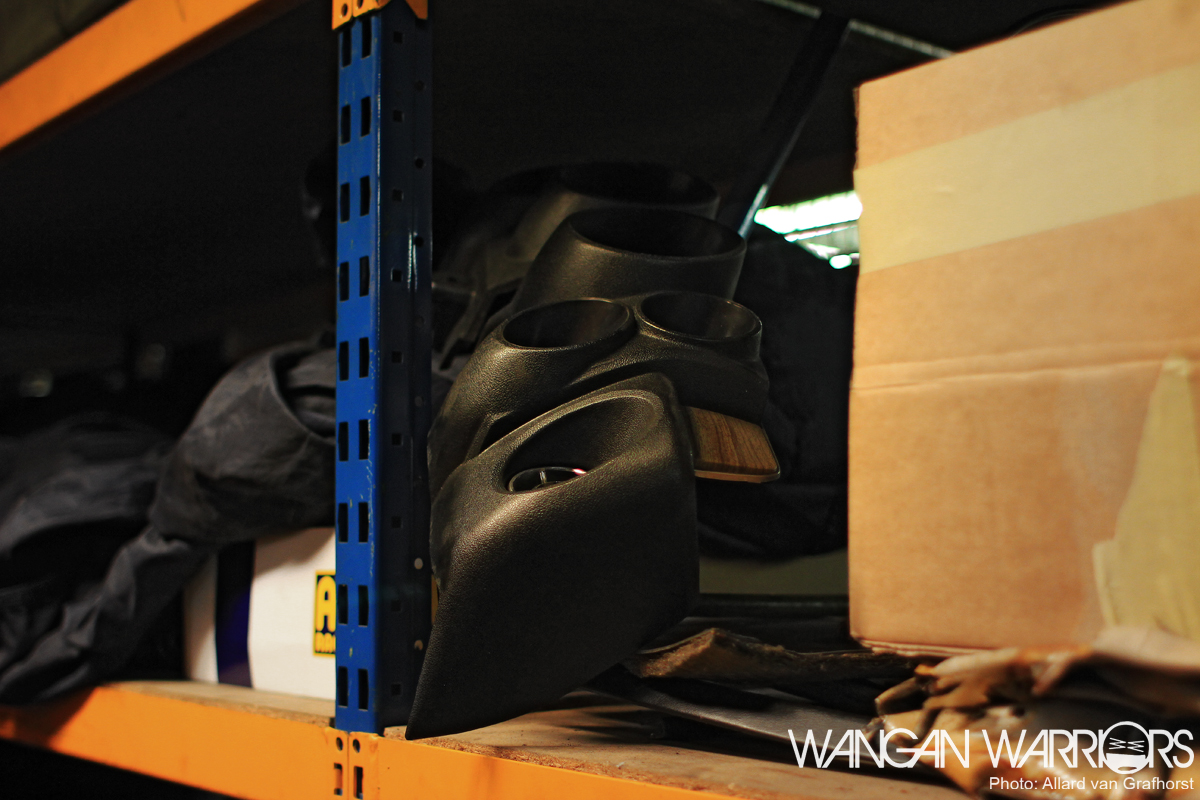 So, like these parts in the stock room, we’ll just have to wait patiently how she comes back from paint! Or maybe I’ll pay the bodyshop a visit as well. For now, you’ll just have to do with this quick update on project Hakosuka.