Become a photographer they said! It will be fun they said! Well to be honest, for about 99% of the time it is fun. But as always some gigs, shoots, days are better then   others. So when I got an invite from Kees “street race” Reijne to join him for a BBQ with his buddies in their barn, I knew that this would be one of those Saturdays that would be just a “little” better than your average Saturday! 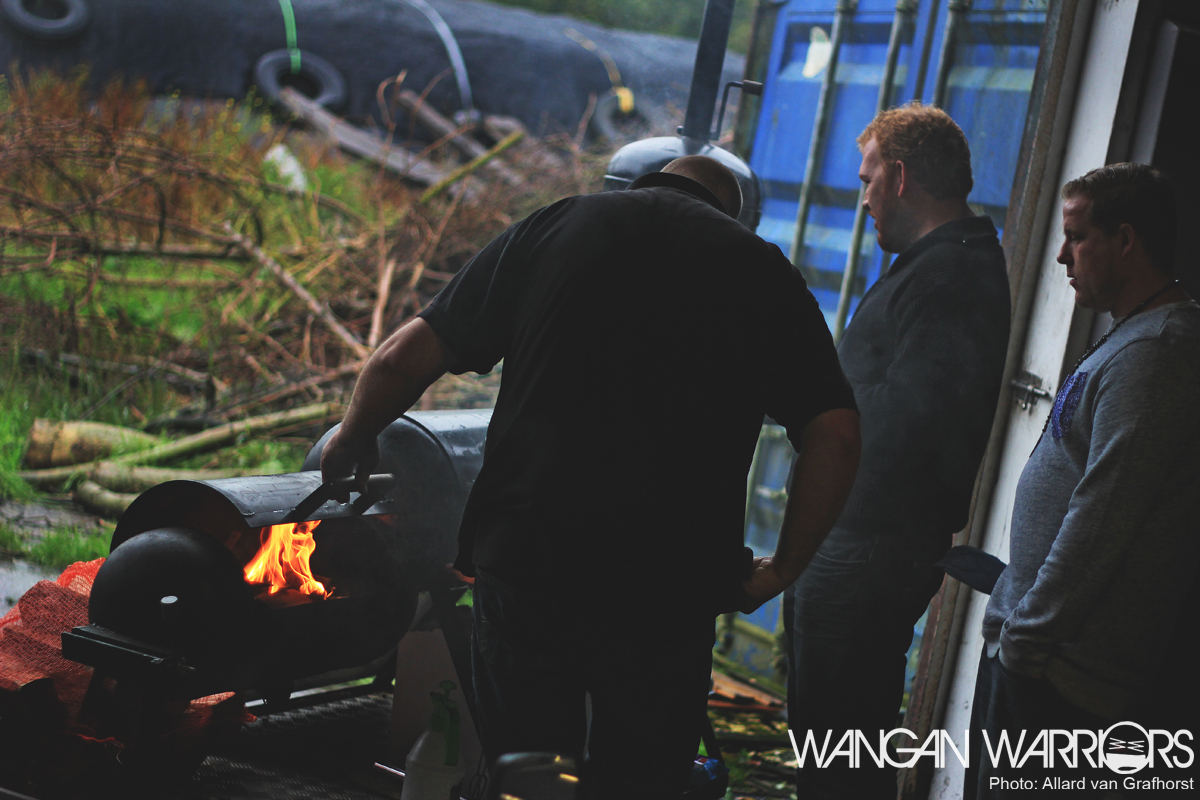 The day was of to a great start anyway because the BBQ/smoker was already fired up when I arrived. And let me tell you something… 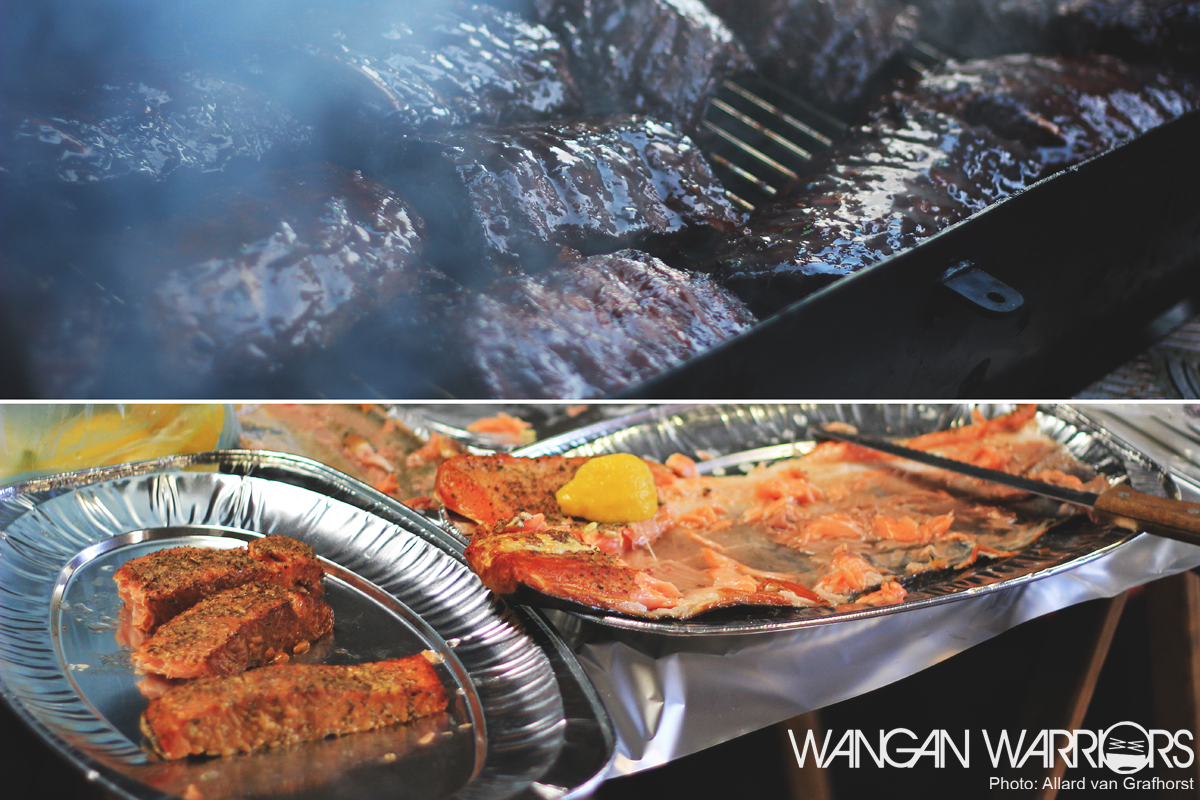 … these guys now how to slow cook some nice ribs and fish! I’ve had my share of BBQ’s in the past but I can honestly say this was some of the best stuff I’ve had in a long time! 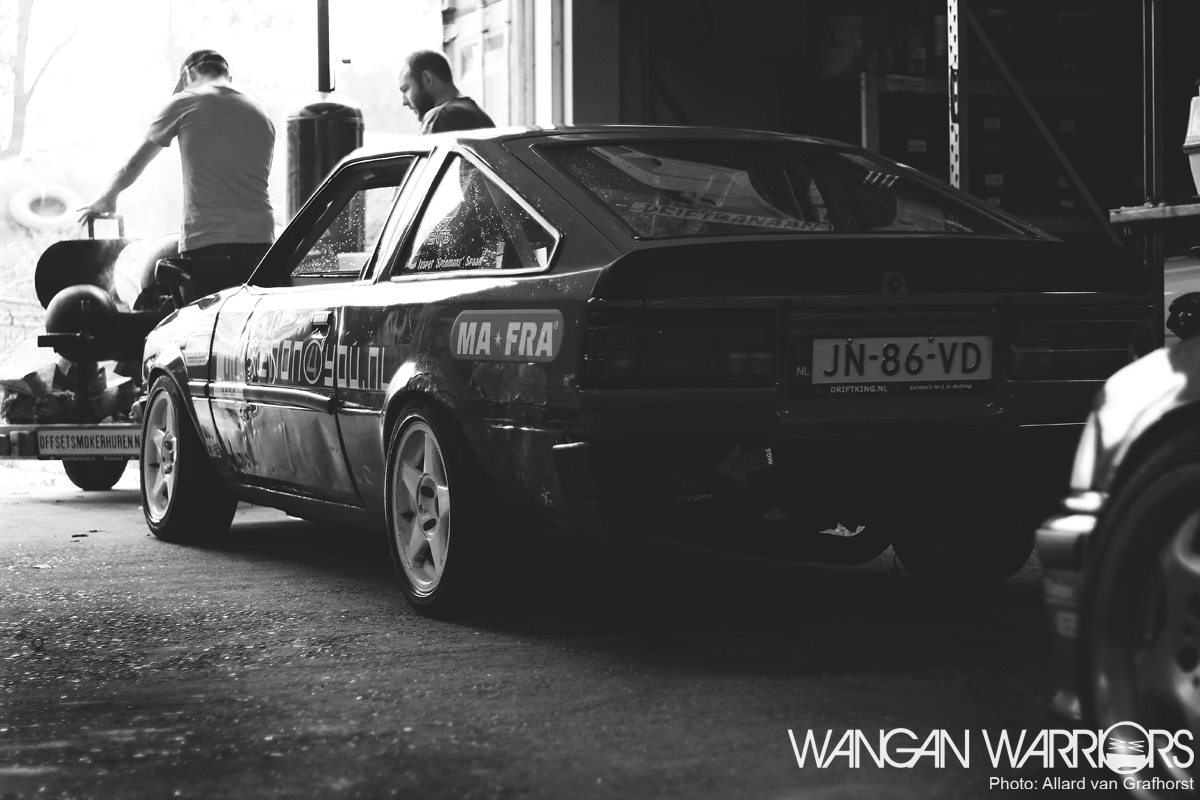 Of course it wasn’t all about hanging out and good food. Well, actually it kinda was about hanging out and good food but as a bonus, Kees shares the barn with a couple of well known names in the Dutch drifting community. Mark Reijne, Kees his brother and Jasper Spaan. Jasper drifts this rad VH45DE powered TE71 Corolla around in whatever drifting competition he can find… 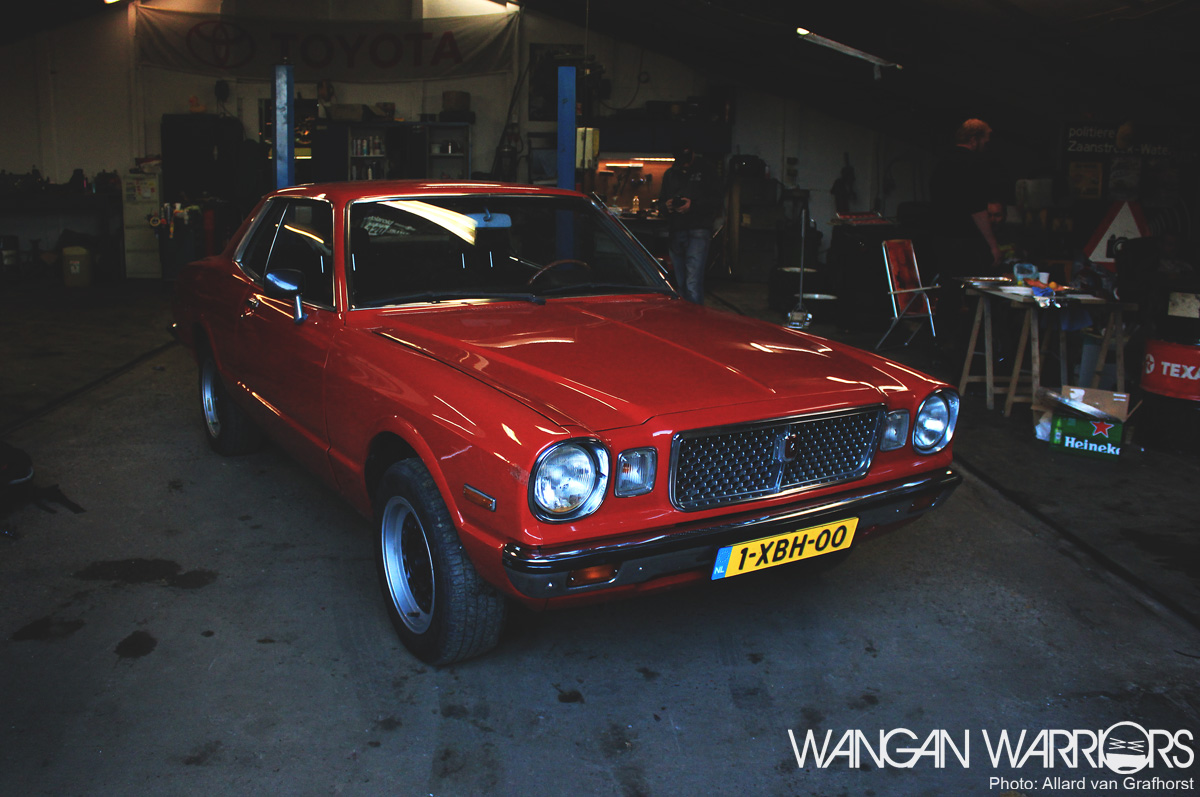 … while Mark drifts with a 1JZ powered BMW E36. Which is in fact the oddball in the family but not as much as you think. The guys are what you would call quite the Toyota lovers so in a way it isn’t that weird that a 1JZ has found it’s way into a beemer chassis. Mark also has some nice personal cars with this immaculate, currently for sale, Cressida being one of them. 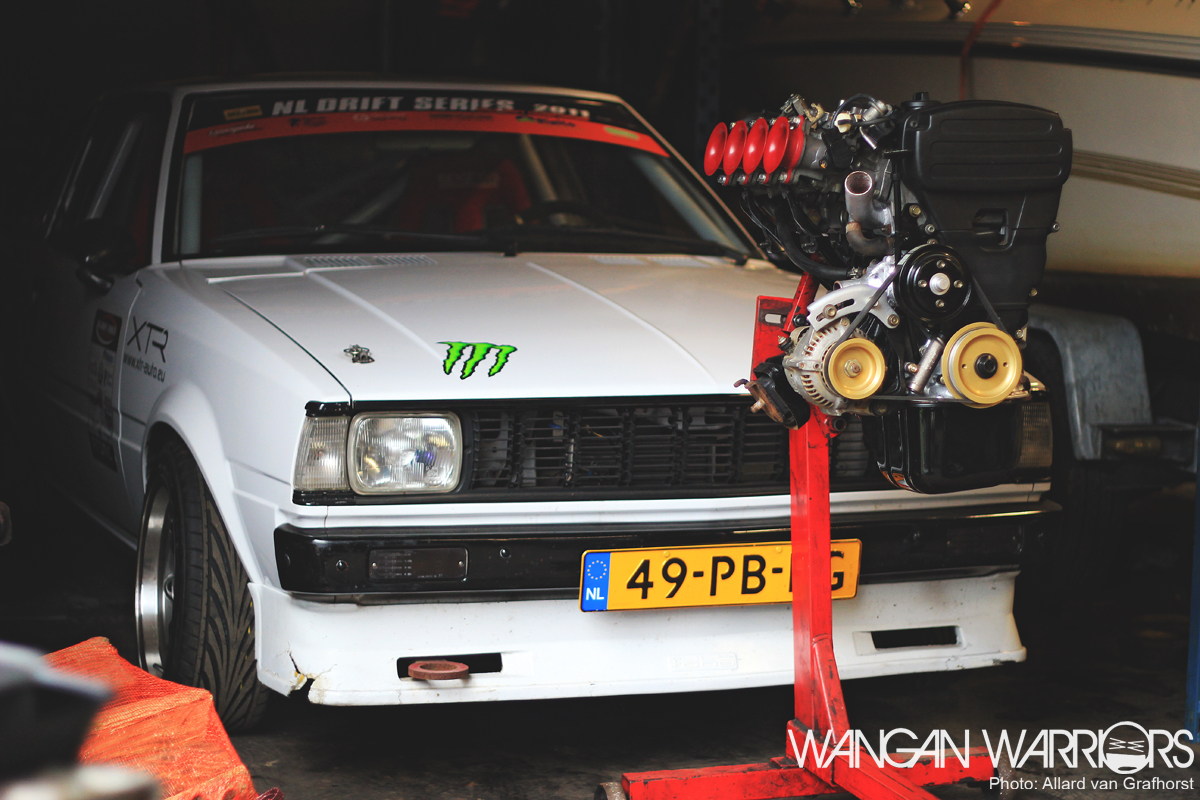 The preferred chassis for Jasper and Kees however is the Corolla TE71. Jasper is currently rebuilding this white specimen which will be fitted with a build 4A-GE blacktop to use as a backup car for his grey TE71. 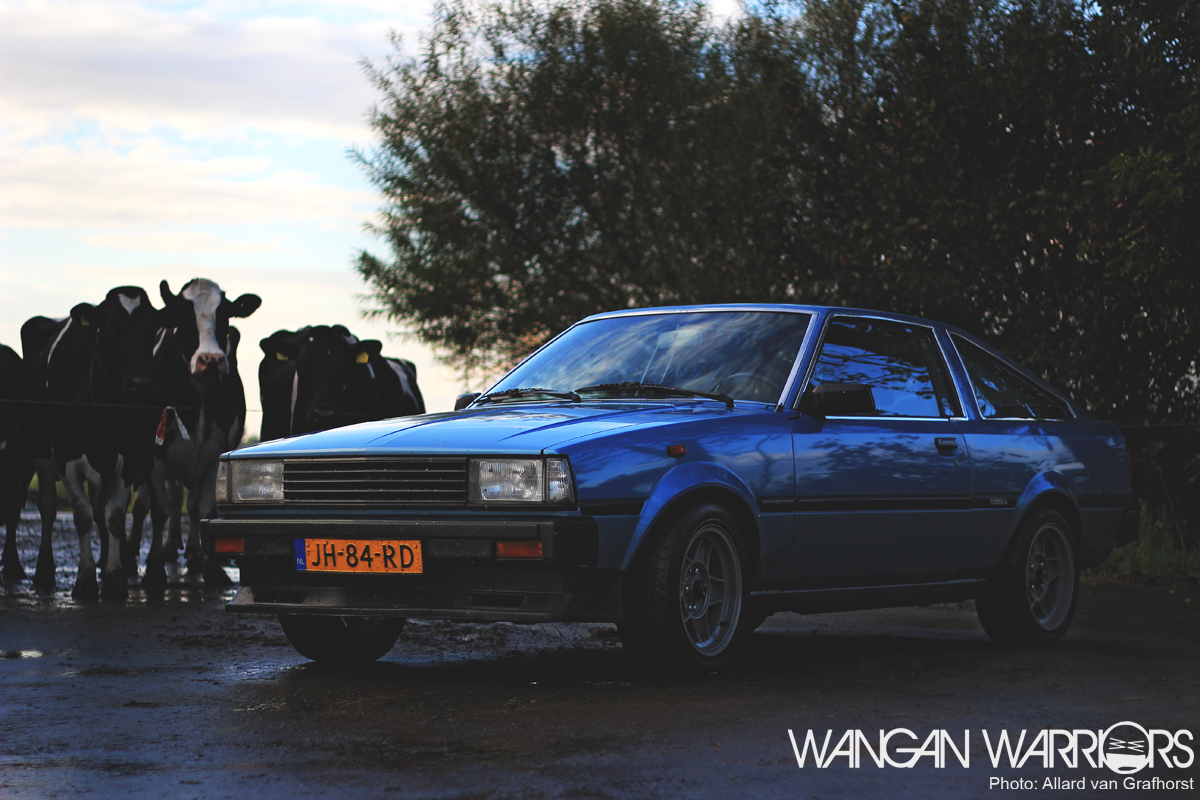 And Kees? Well, he drives, slides and hoons around in this gorgeously restored TE71 Corolla. These cars don’t need much accessories in the sense of body modifications in my opinion. Just a FOHA front spoiler and a set of ATS classics in extremely rare offsets and you’re done! Fun fact, these where not available for sale at ATS but probably custom ordered in 15×7 (et’s unknown) by an unknown racer for the 1983 Corolla cup at Circuit Park Zandvoort. 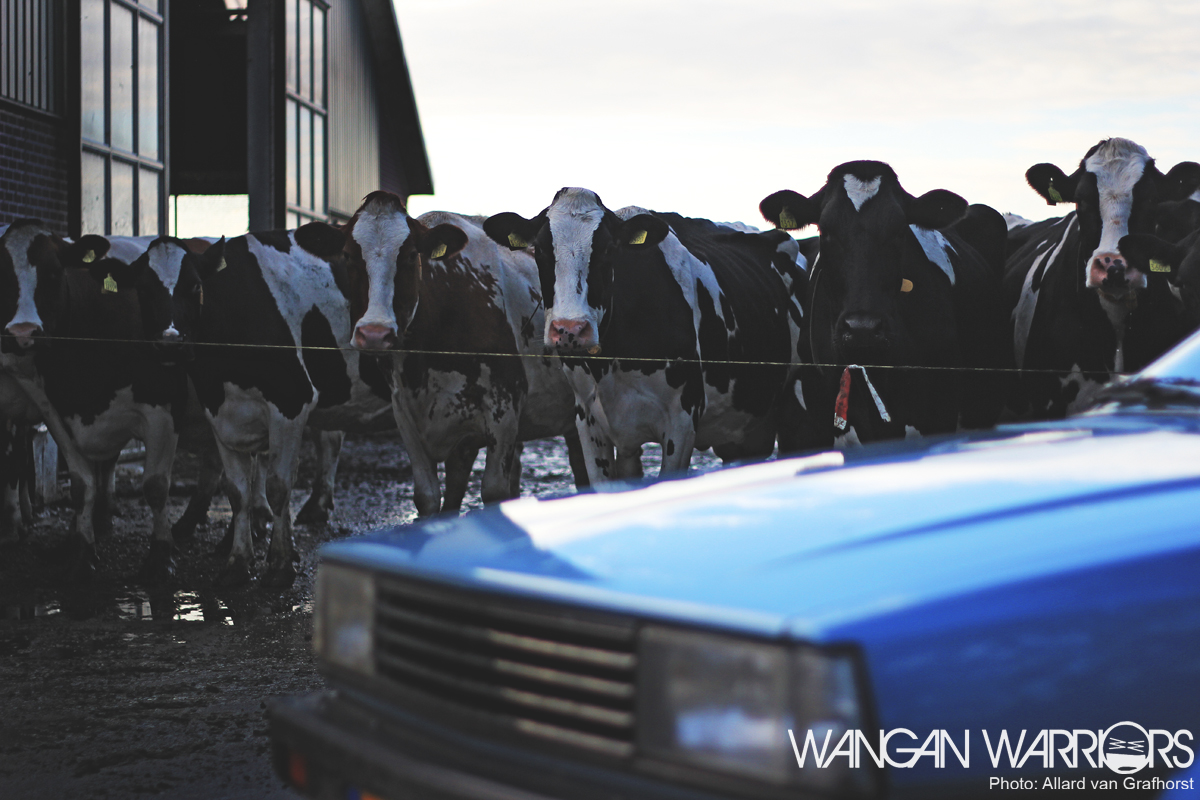 And here’s proof it even turns heads in near stock form! 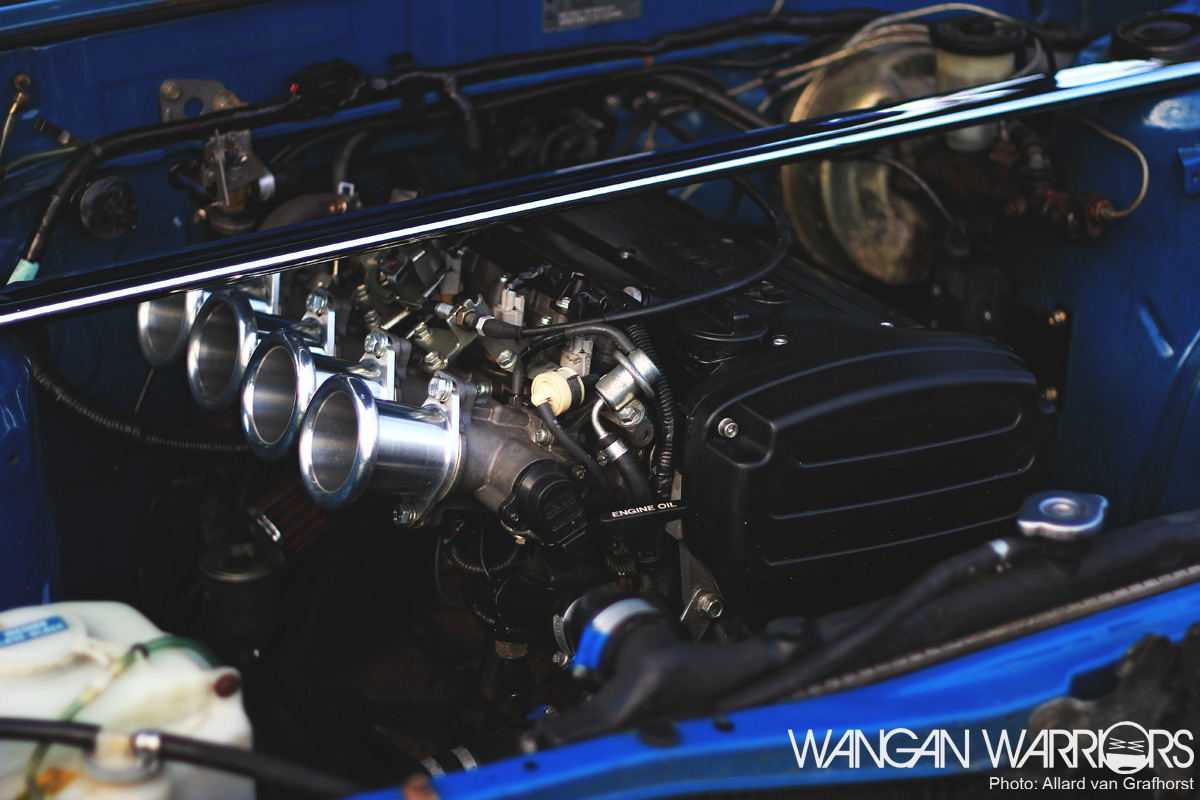 I already mentioned that the car has been completely restored but it also received a heart transplant and some fresh running gear! I love the 4A-GE blacktop. I’ve had the pleasure of owning a AW11 MR2 myself and although I adored the 16V I always wanted to swop it out for a 20V. That’s exactly what Kees did and in addition to that, he threw out the old air box and added a set of Techno Toy Tuning velocity stacks to the throttle valves. 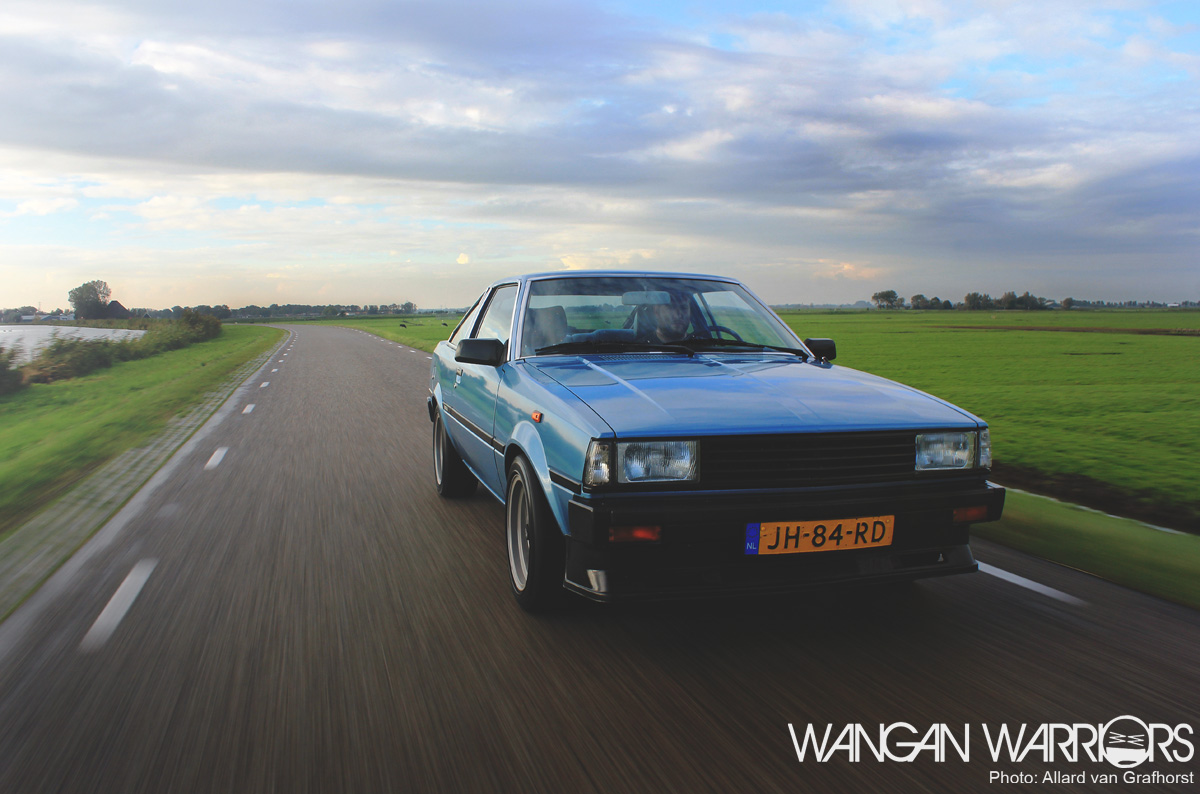 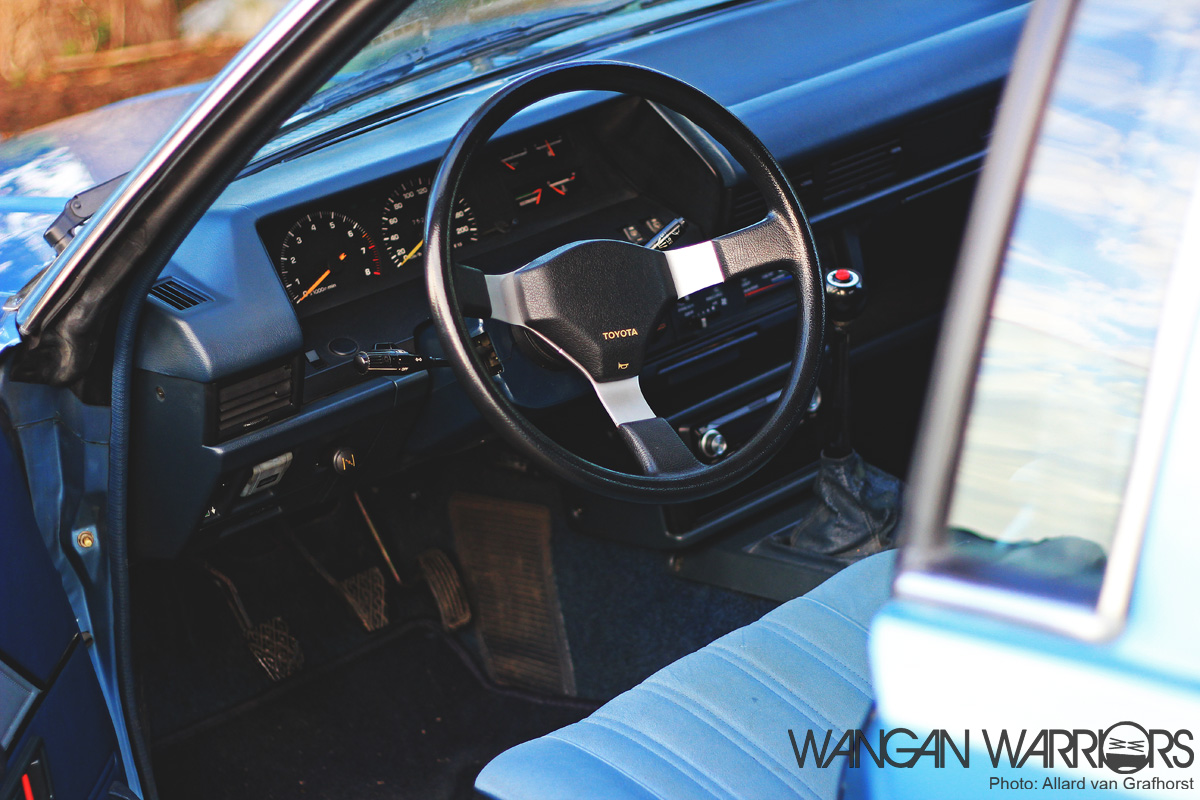 Kees kept the interior completely stock and it’s in pristine condition to say the least.
Just look at that 80’ies style dash! 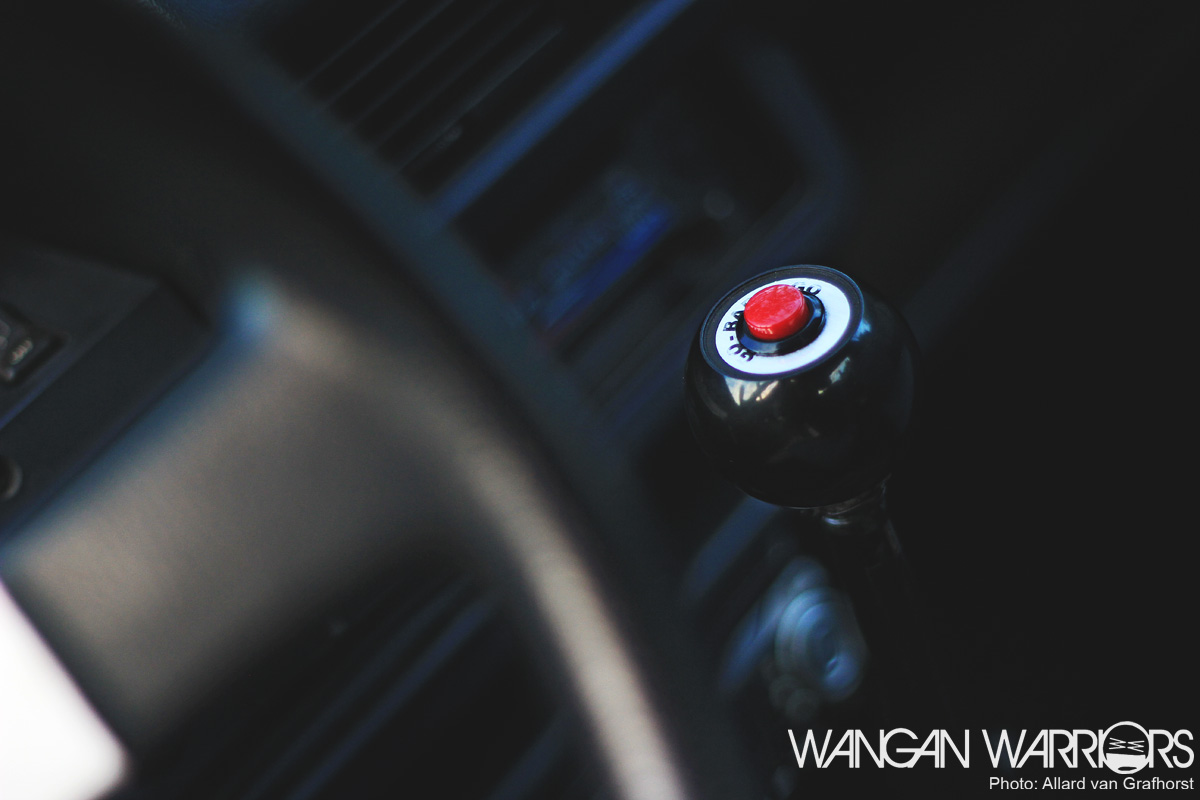 The only thing Kees changed was the gear knob. Looks familiar right? Where have we seen this before? Well, true petrol heads and movie fanatics will have seen straight away that it’s Eleanor’s gear knob from the movie “Gone in 60 seconds”.
I think it’s rather suiting as Kees only drives the TE71 like he stole it! 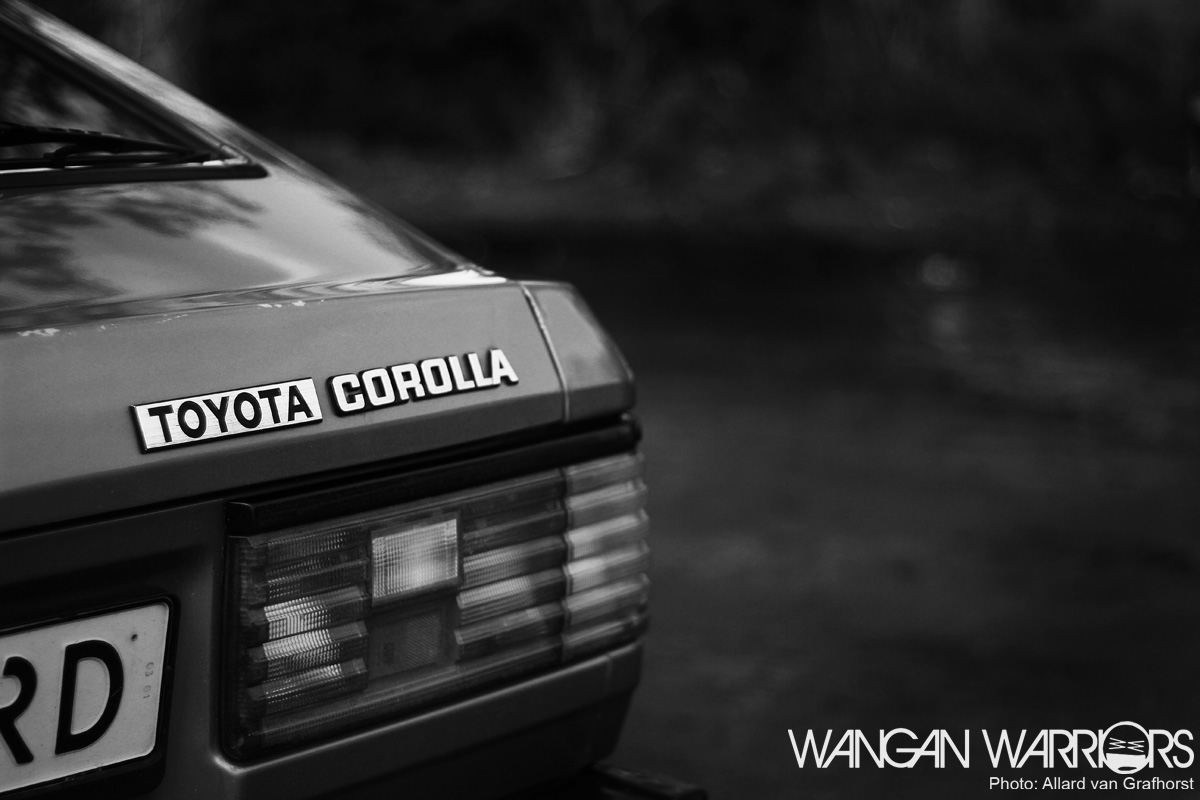 And I can assure you that with all the improvements Kees has made throughout the years, the car drives pretty darn well! Kees let me have a go at it behind the steering wheel and let me put it this way; Lightweight chassis + 4A-GE blacktop + suspension upgrades = goes like stink and handles like a dream! It’s not the fastest car out there but that’s not the purpose of this car. 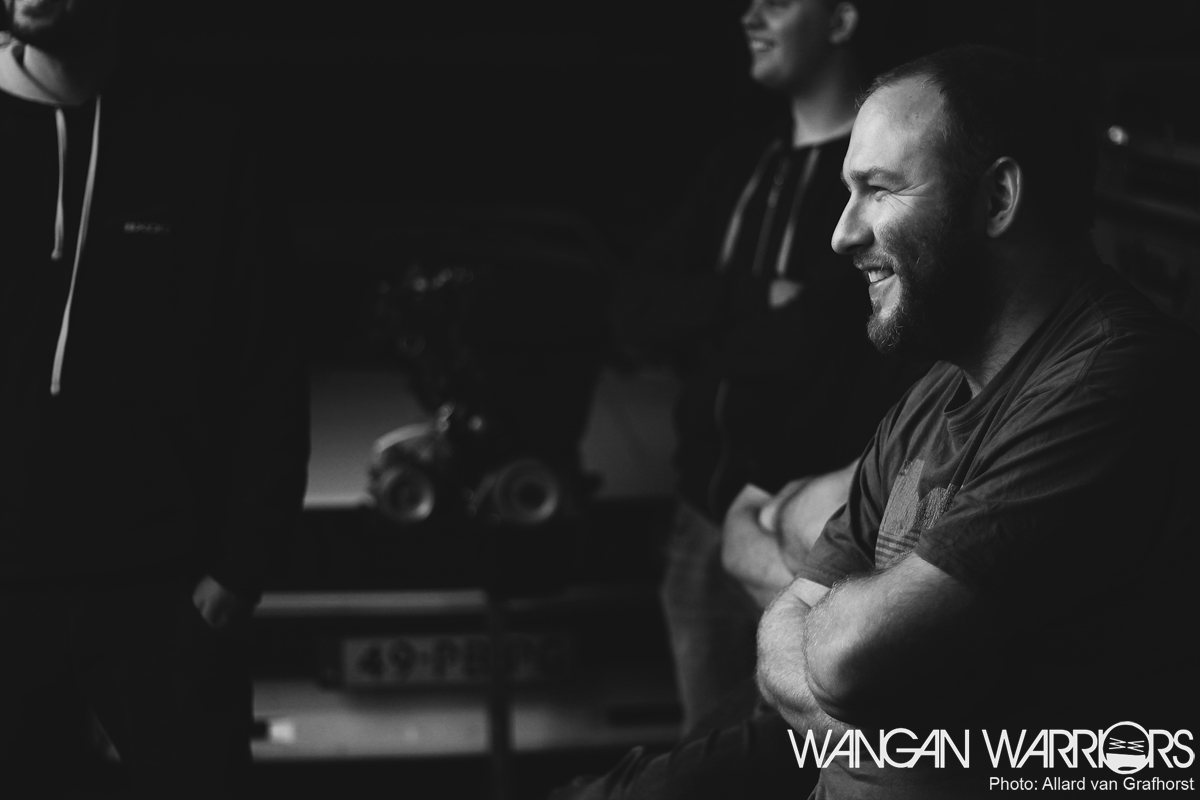 Kees purely build this car to have some good old, reliable fun. This car is his daily as well and it hasn’t had any major issues since he finished the build one and a half years ago. 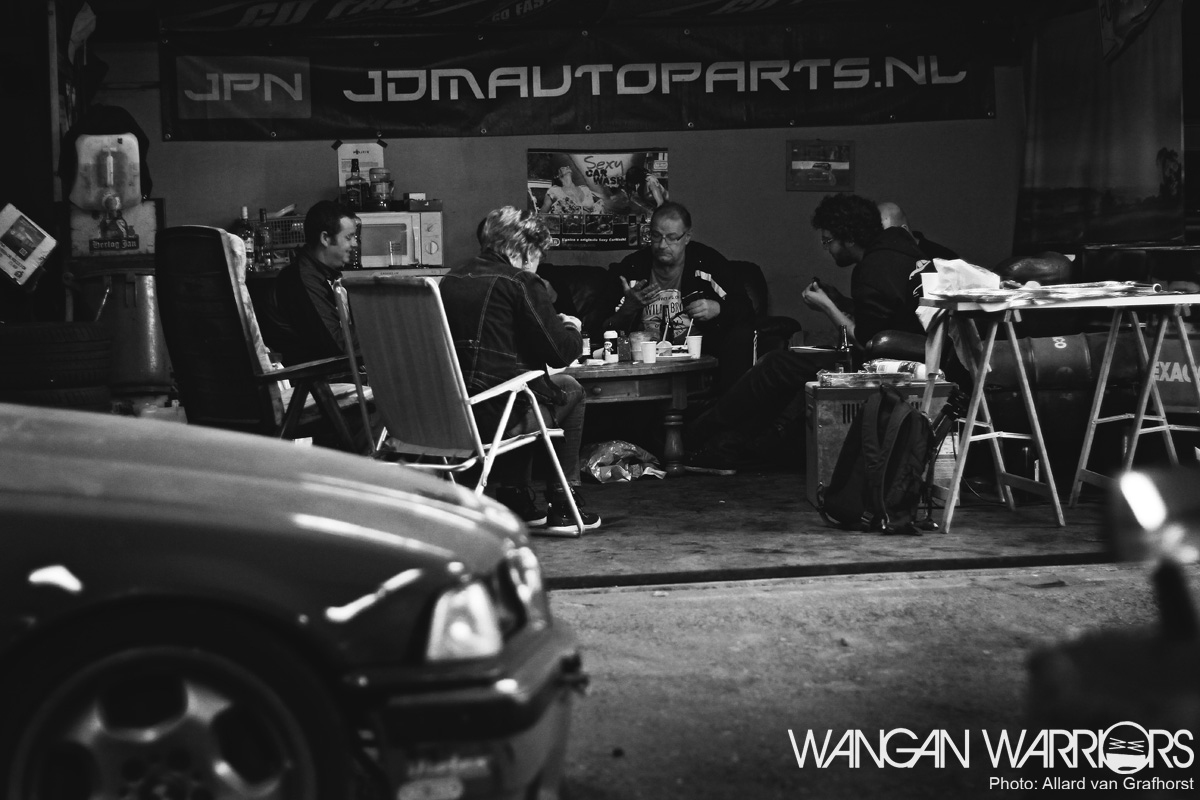 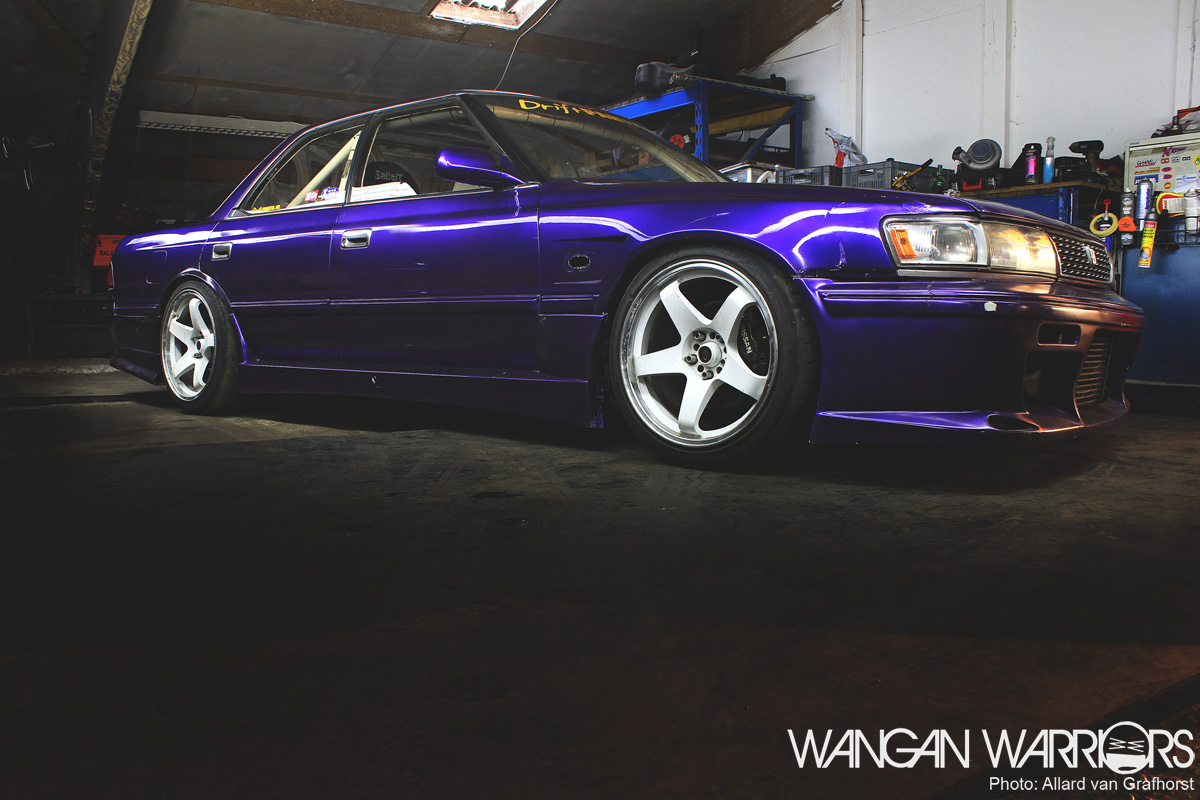 … but not before I had taken a last few photo’s, including Mark’s 1JZ Toyota MarkII JZX80 with Chaser nose job. Talking about Japanese drift style! It’s currently for sale so if you’re looking for a bad ass JDM drift car, look no further. 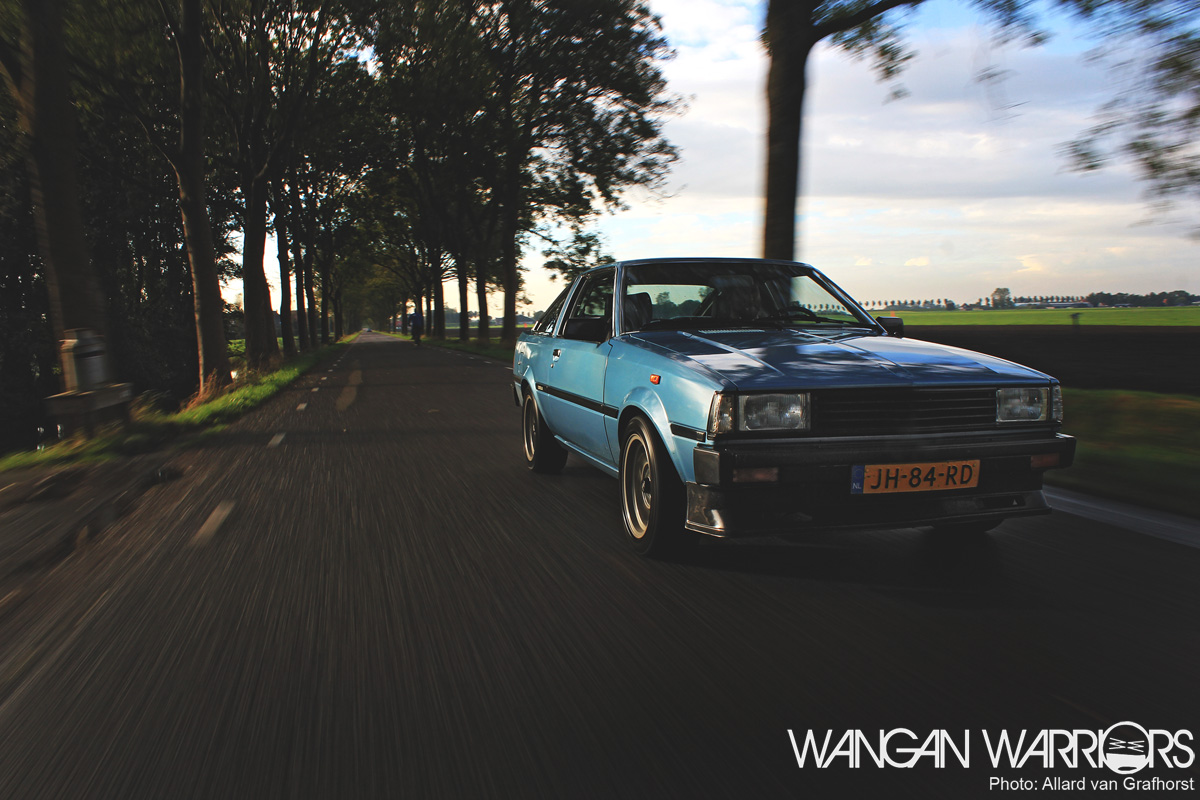 So to conclude this story, the perfect Saturday consist of the following ingredients;
A spoon full of cruising… 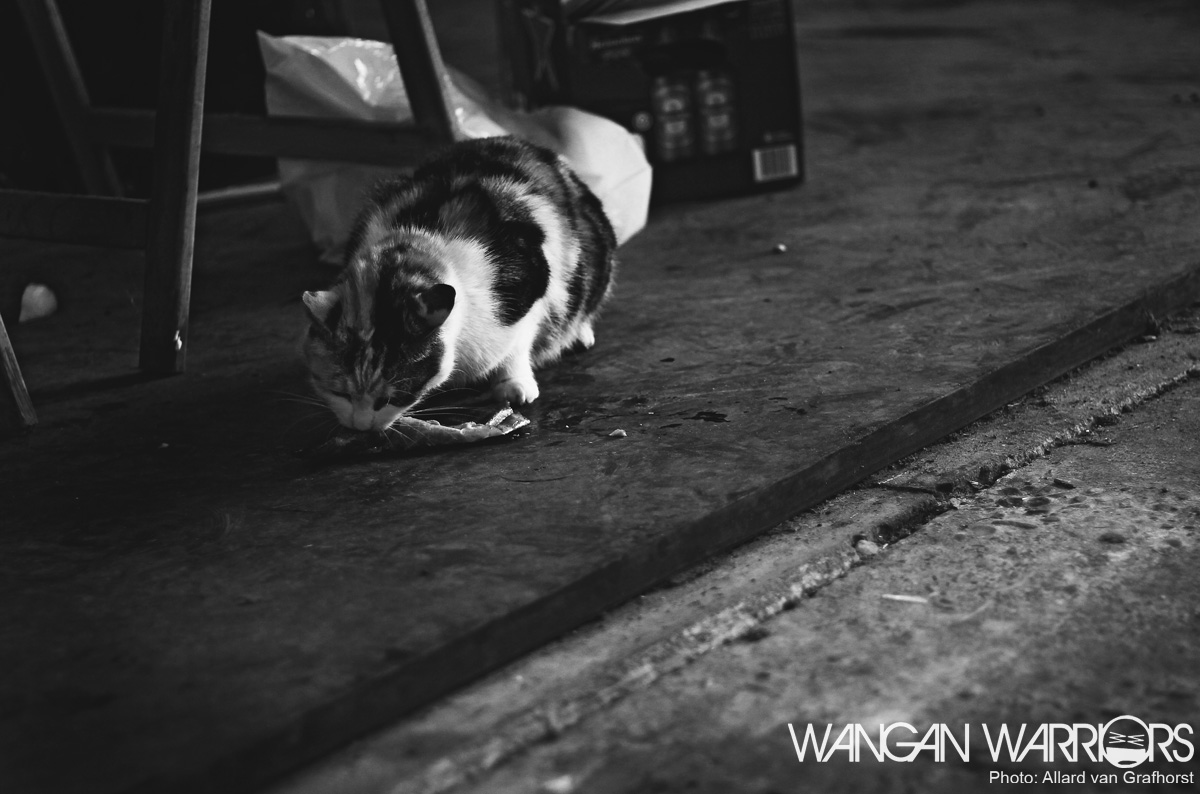 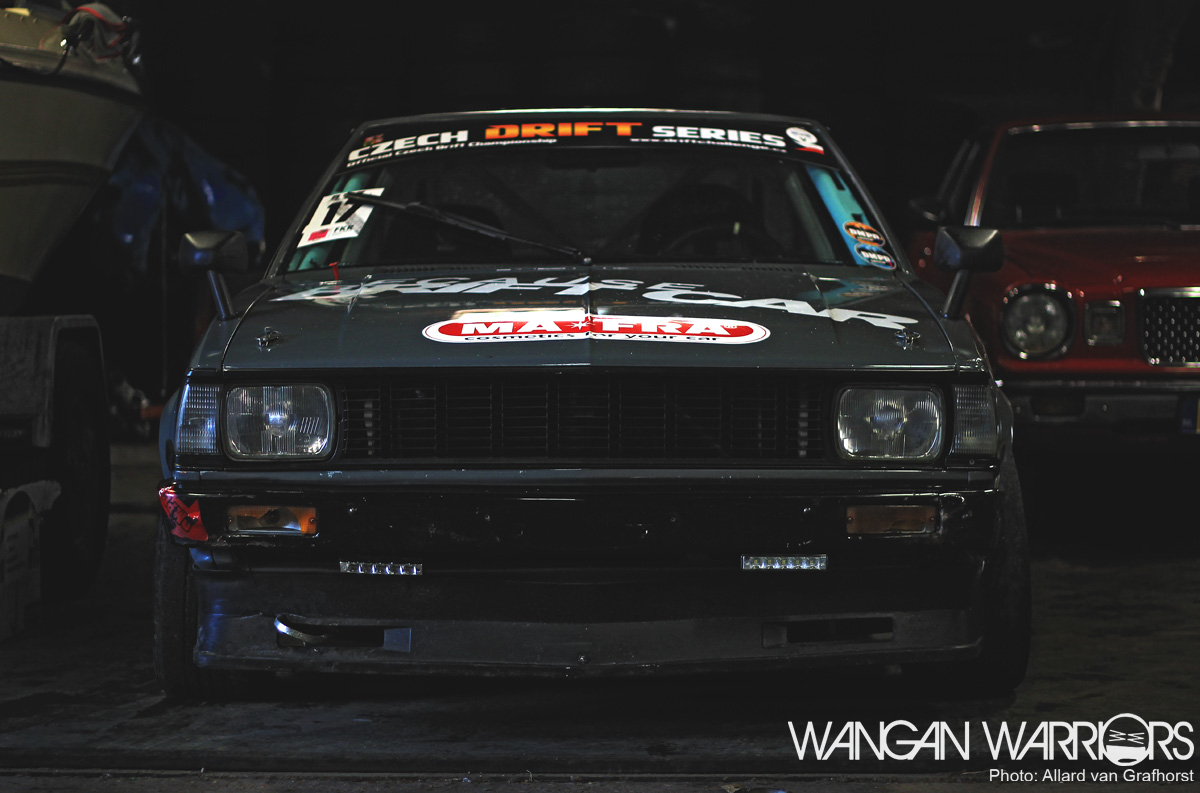 … and a barn full of awesome!!

Make sure to follow Mark and Jasper’s drifting adventures on their Facebook page and last but certainly not least, our friend Michel Lubberts from TFB Media shot a nice spotlight video about Kees! Make sure to check out, especially if you want to know why people call him Kees streetrace! 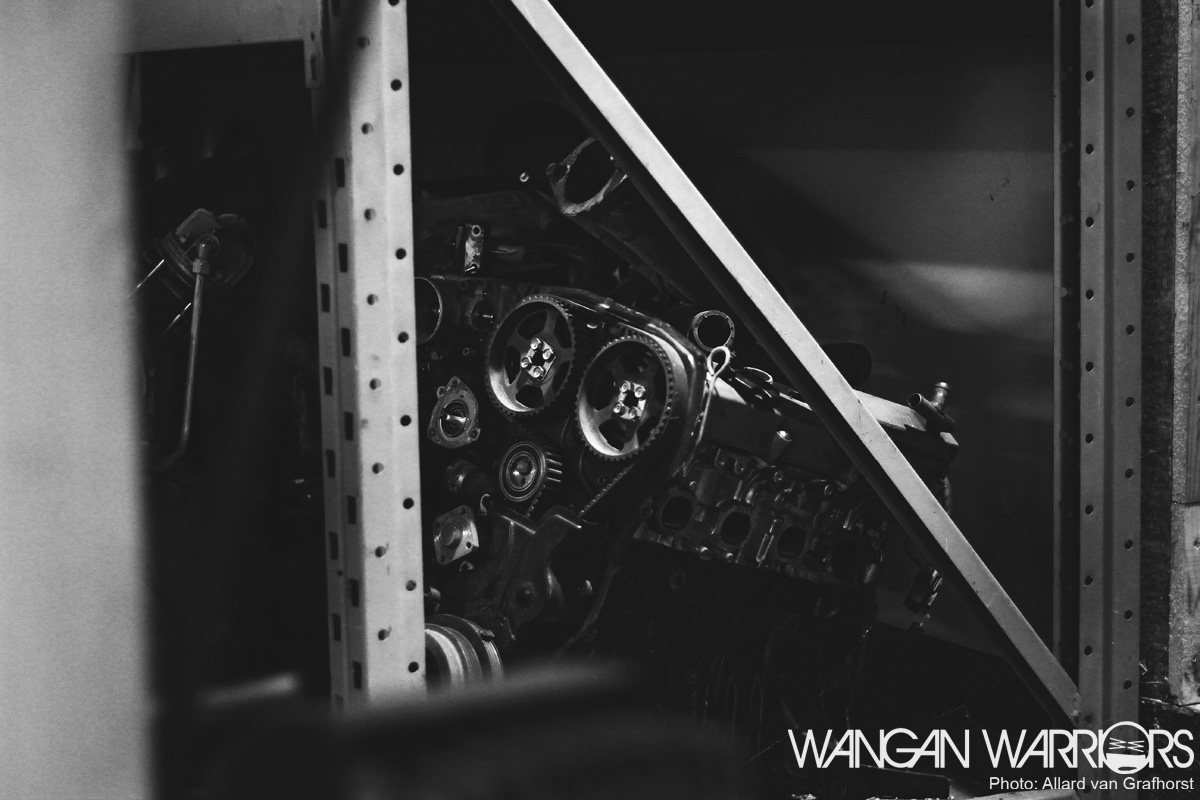 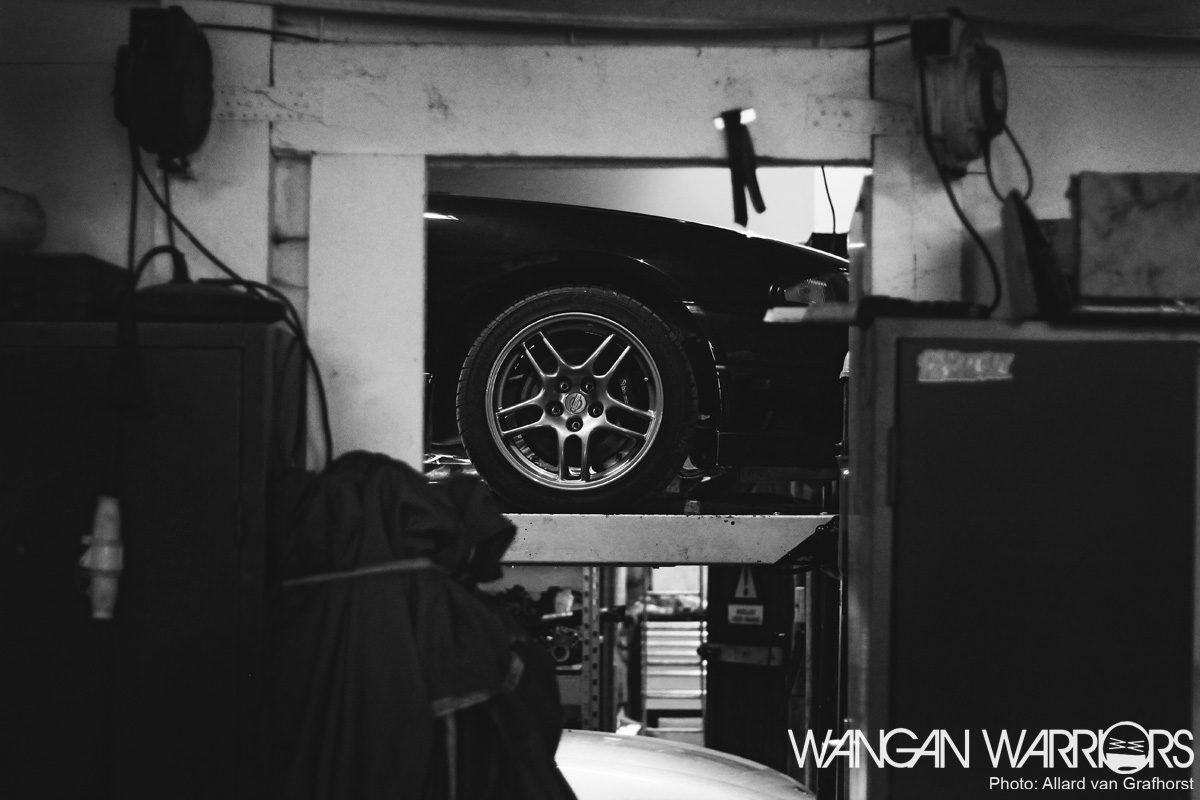 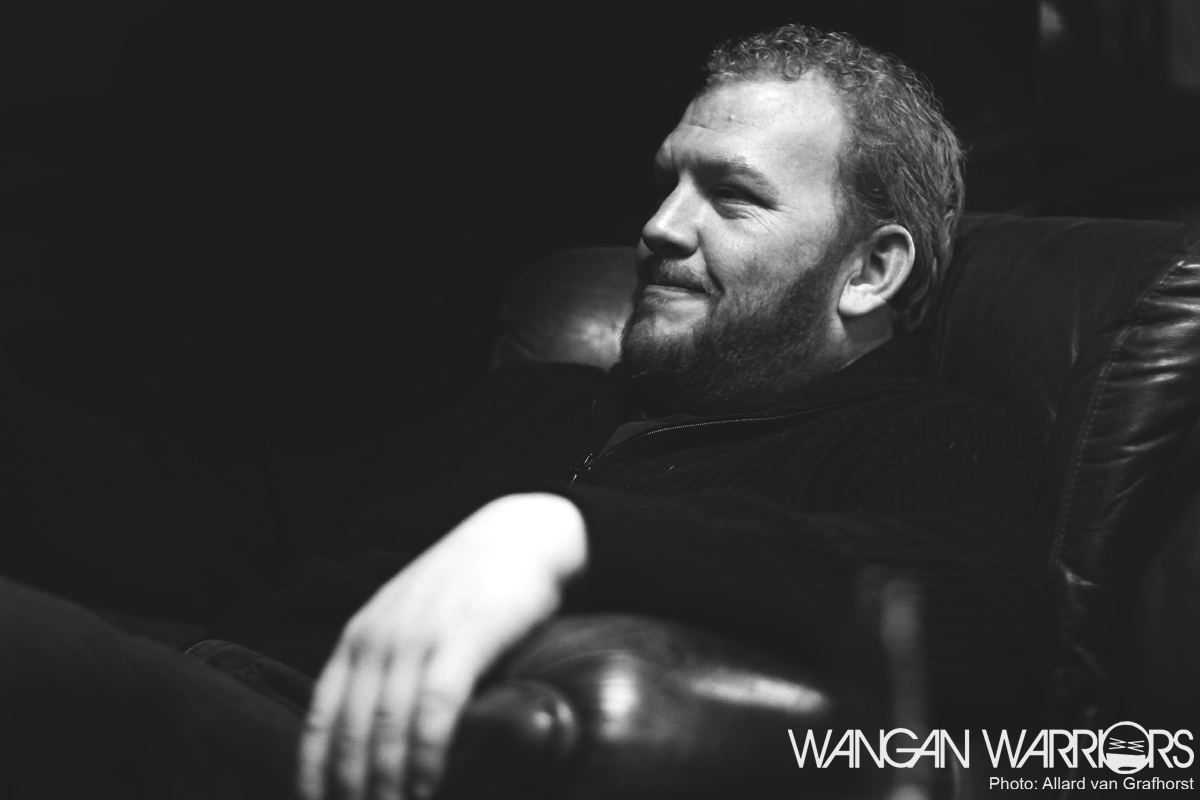 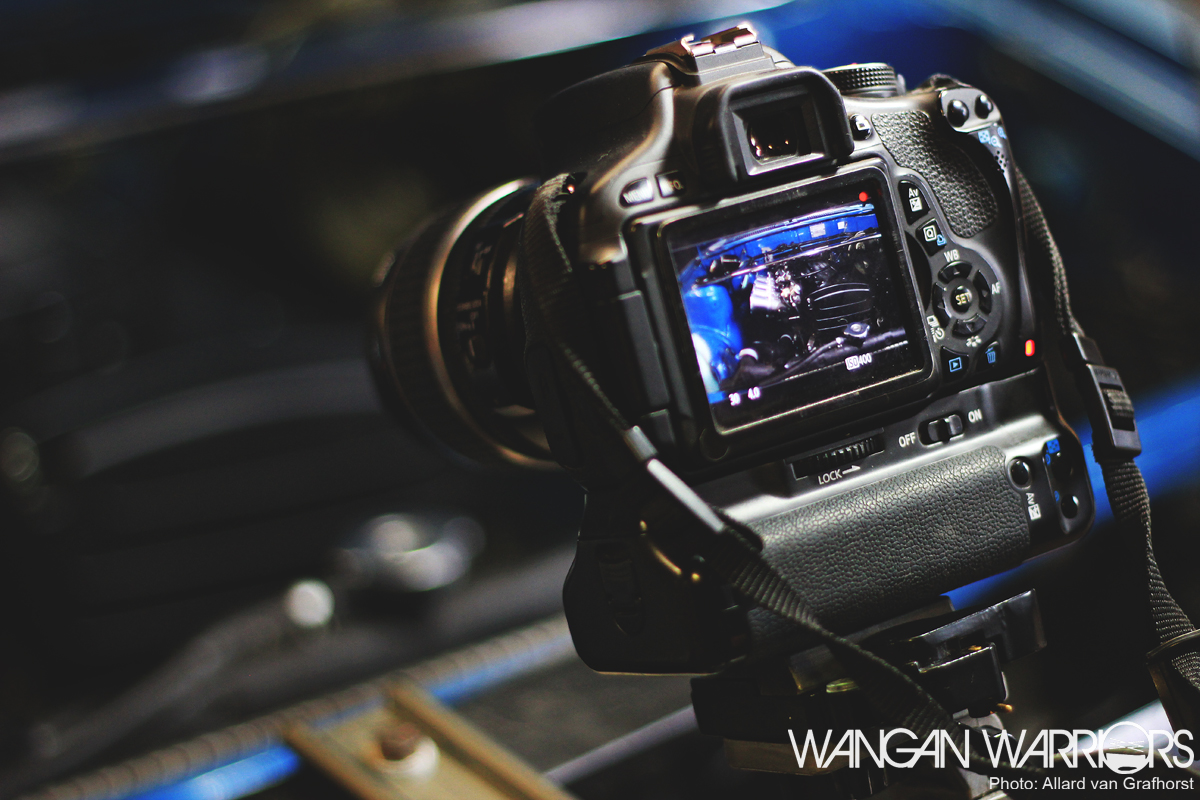 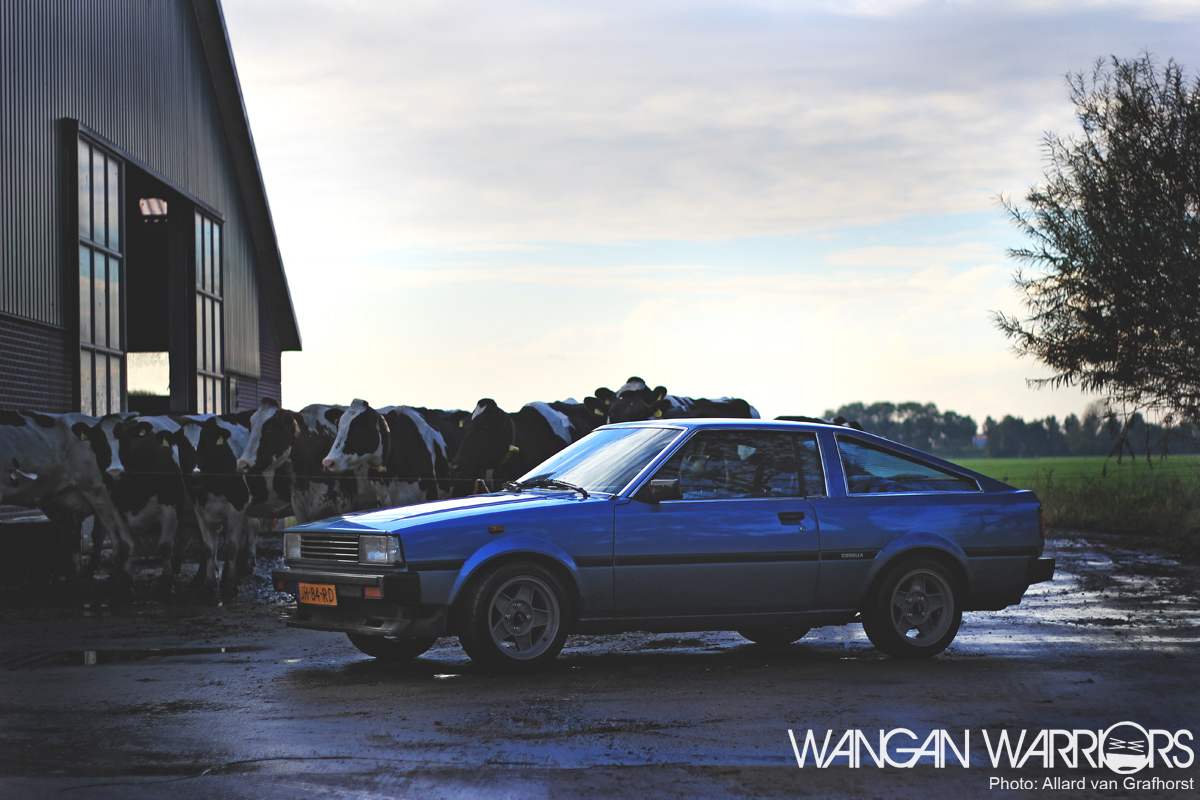 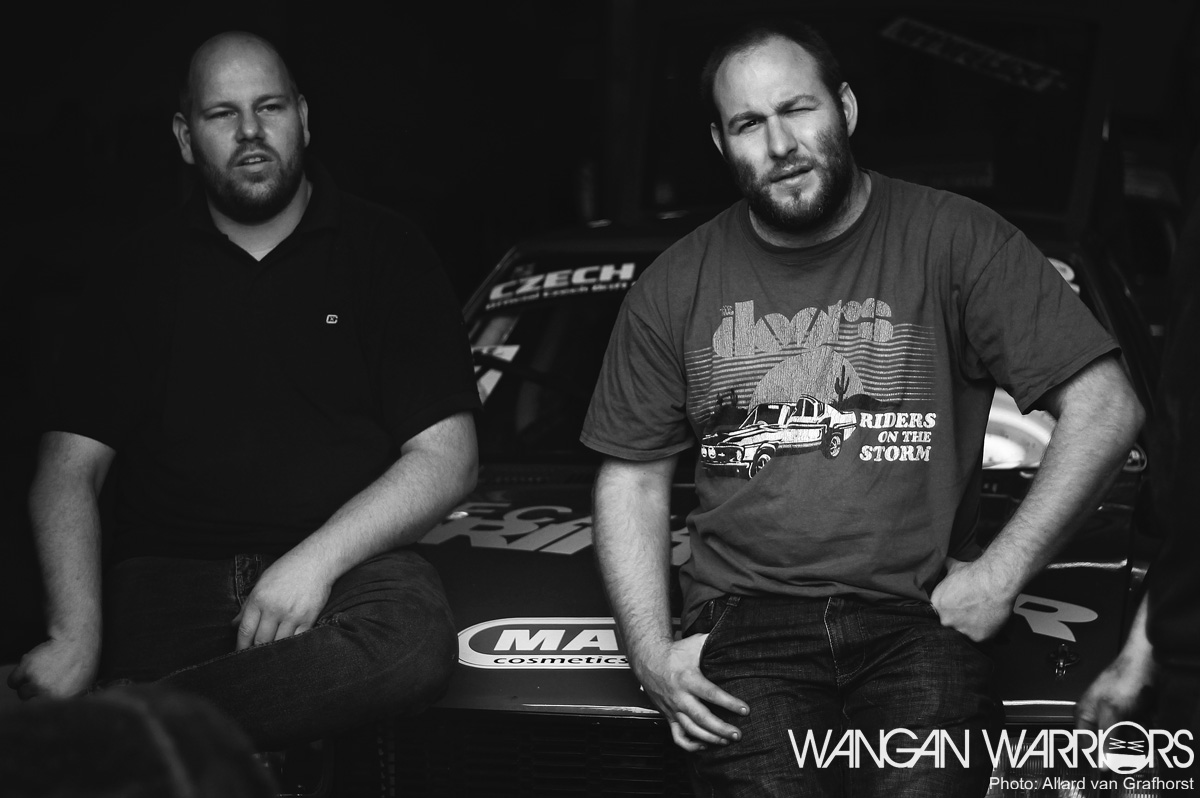 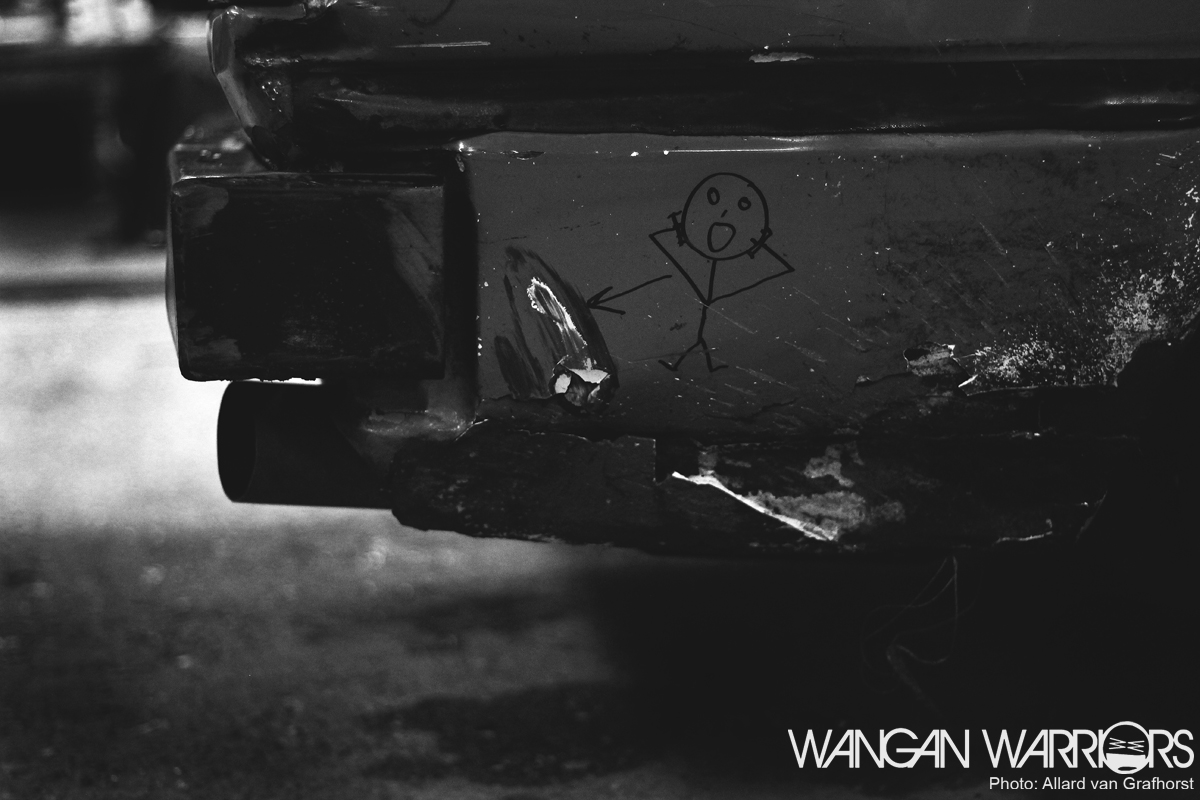