New York. The Big Apple. The American dream in the flesh. A trip to this city has been in the top 10 of my bucket list for a long, long time. But it has been in the top 3 of my sisters bucket list even longer! So when I turned thirty last July, she decided it was time to take the plunge and buy us some tickets for my birthday.  It was supposed to be a car free holiday but hey… You know me! 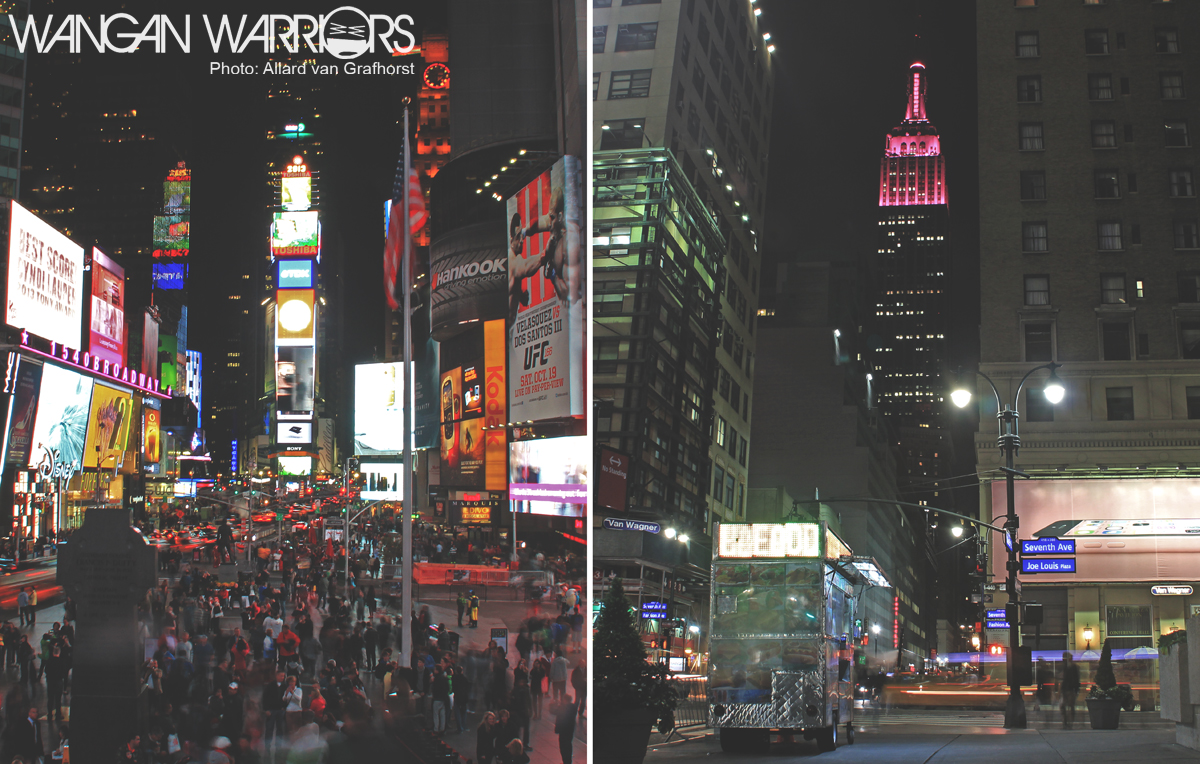 We had to wait a couple of months but finally it was the 9th of October and a big blue bird flew us to the city that never sleeps! We dumped our luggage at the hotel and decided to check out Times Square as it was only a 5 minute walk from the hotel. There’s only one word that can describe it; Chaos. And not the controlled chaos I loved so much about Tokyo. No, this was utter and uncontrolled chaos! But that’s the case almost everywhere you go although it’s no surprise that it’s chaos in the biggest train station in NY; Grand Central. But the place was beautiful and most definitely a must see if you’re in the city. 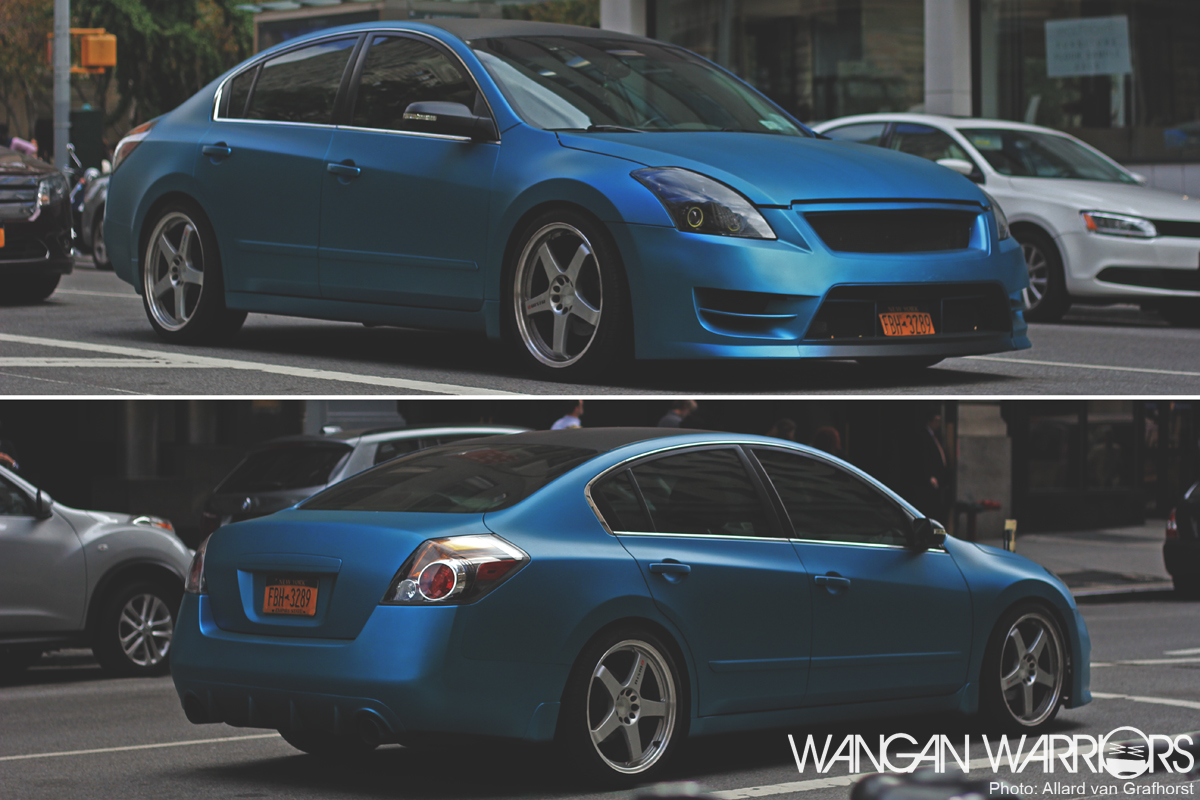 Of course I kept my eye out for some cool cars and I stumbled upon this tricked out Nissan Ultima parked close to the Flat Iron building (NYC first skyscraper). I can’t say I’m a fan of the front bumper but I like the colour and you just can’t go wrong with a set of Nismo LMGT4 wheels. All in all it looked nice and clean… 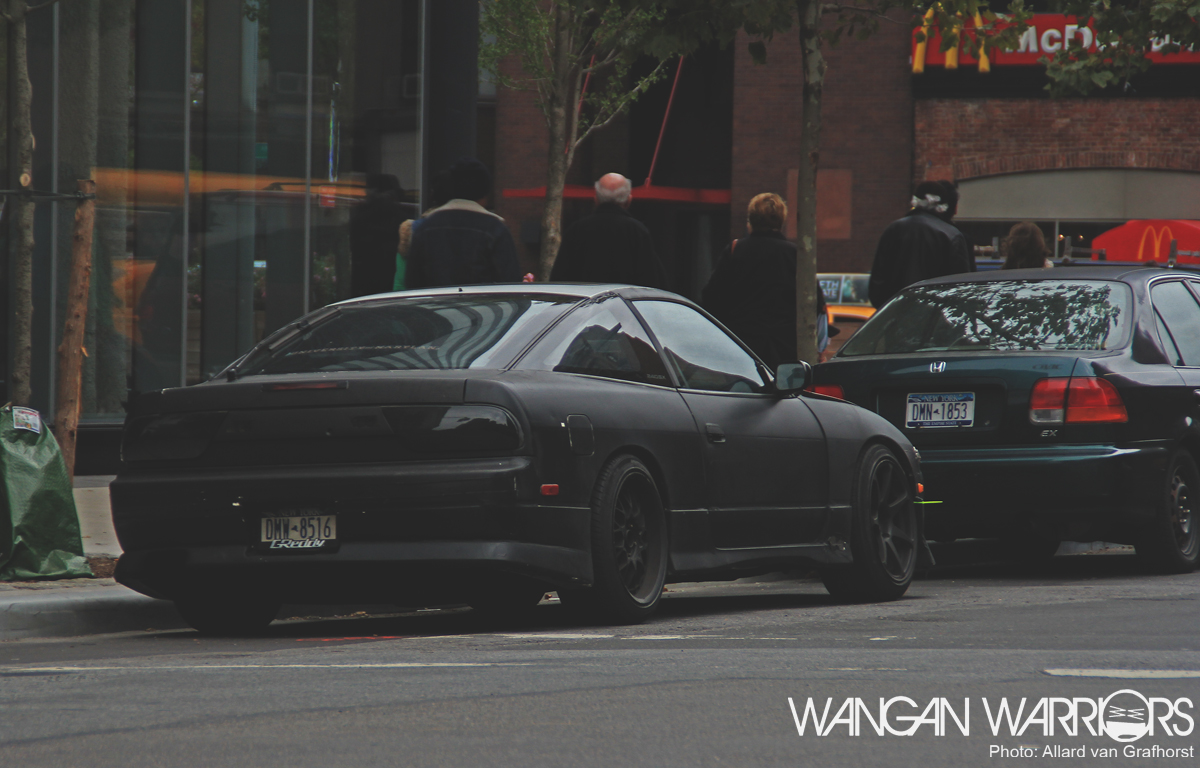 … unlike this streeto/drift 240sx I spotted a couple of hundred meters further down the street! It looked cool though, and I sure hope it’s used in the way it looks! 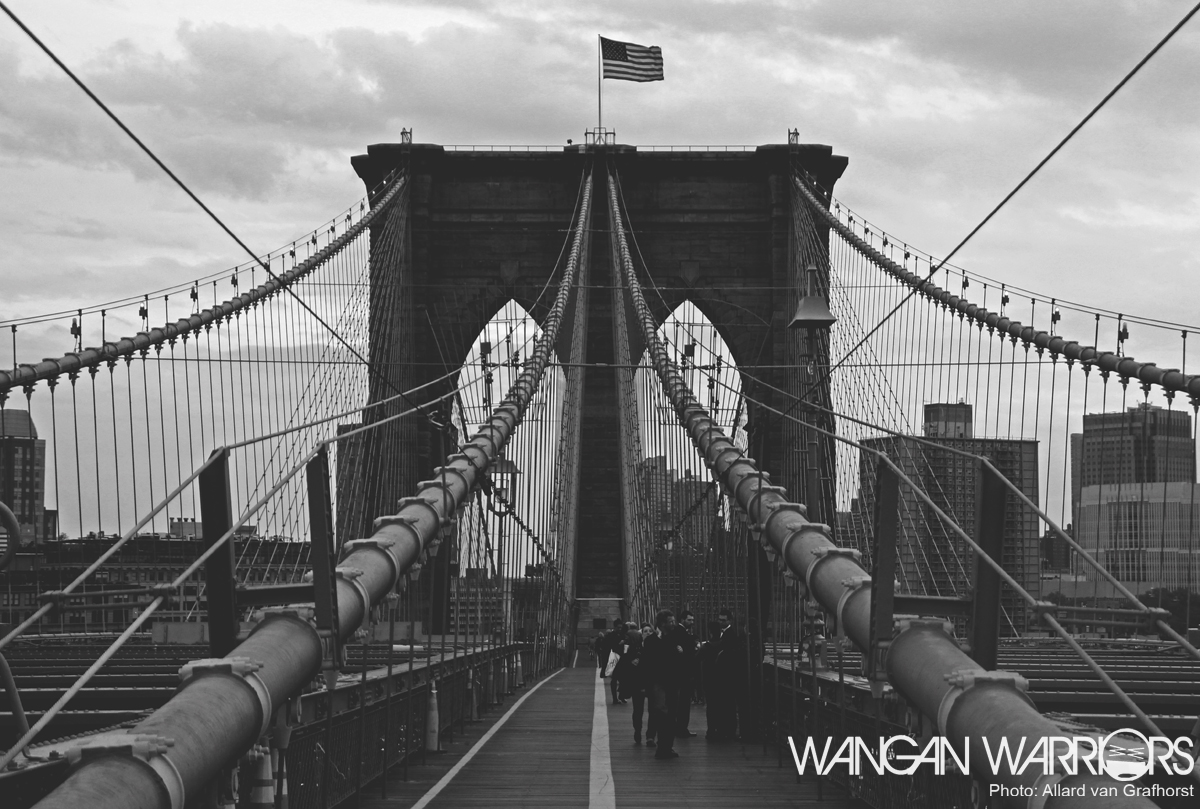 Of course you have to walk across the Brooklyn bridge to, well, Brooklyn. Not only is it an architectural masterpiece but it provides some brilliant overviews of the Manhattan skyline. It turned out we would walk across the bridge more than once but I’ll get back to you on that! 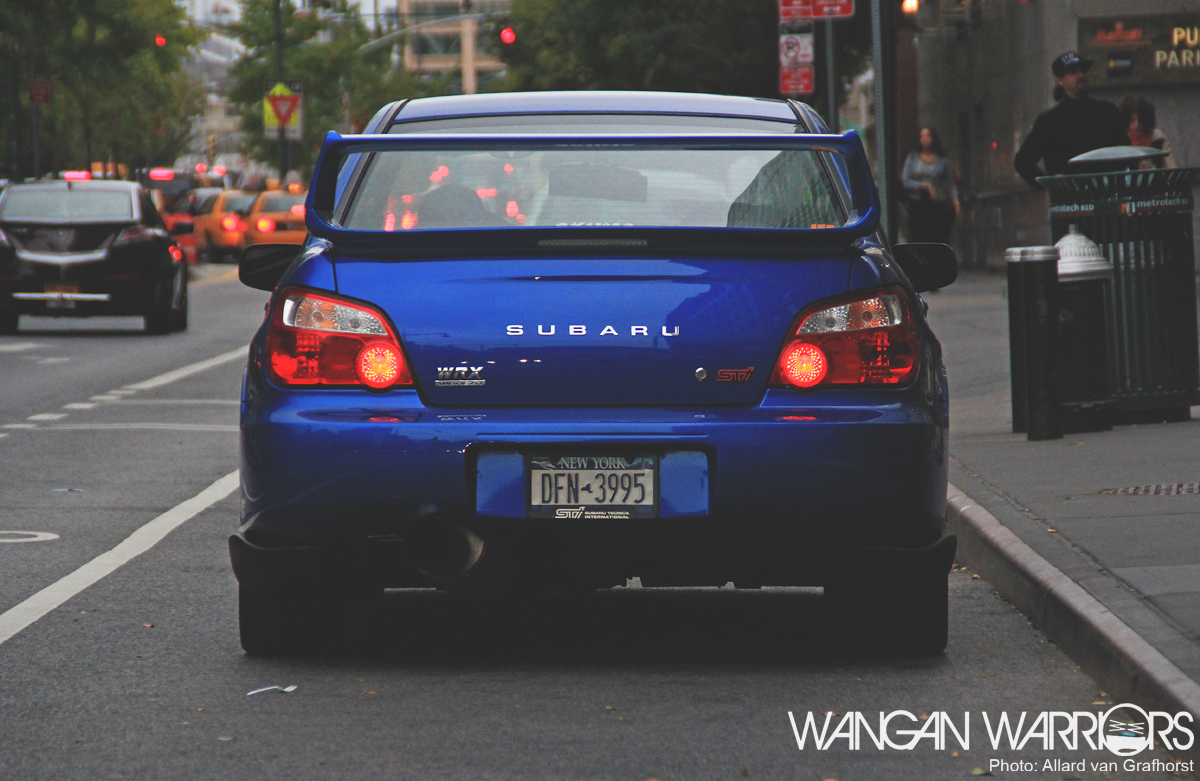 While we where having dinner in Brooklyn I spotted a blue Impreza driving by and I thought to myself it was a shame I didn’t have the chance to take a photo. I went out for a smoke five minutes later and to my surprise it was parked fifty meters from the restaurant! I quickly took some shots and it turned out that Pete, the owner, was familiar with another gentleman I had spoken to prior to our trip… 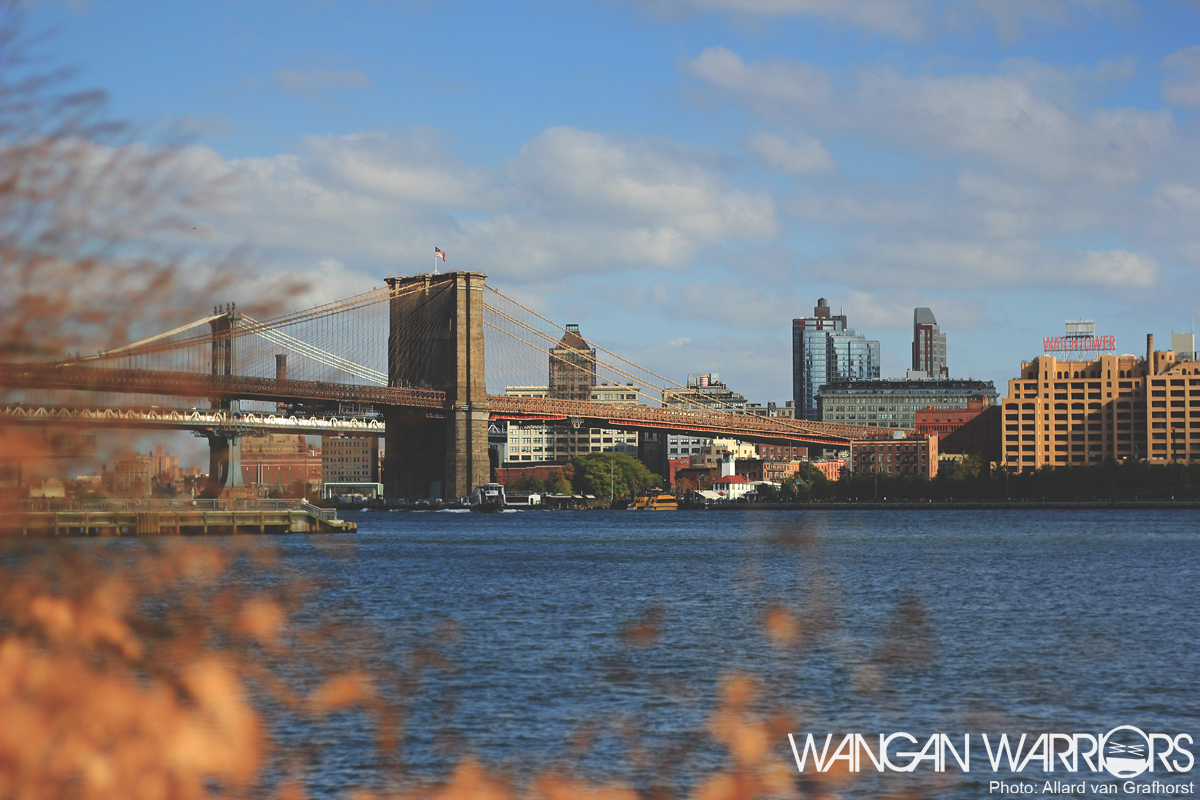 … because like I said in the first paragraph, it was supposed to be a car free trip. But a couple of weeks before we flew out to NY I posted a shout-out on FB, asking if some of my American friends knew anyone in the area that would be interested in a shoot. My good friend Armanda pointed me in the direction of Nas from Pride Motorsports (formerly known as Pride Performance). To keep a long story short, a few days later we where crossing the east river again for a date with some of the finest Japanese rides New York has to offer… 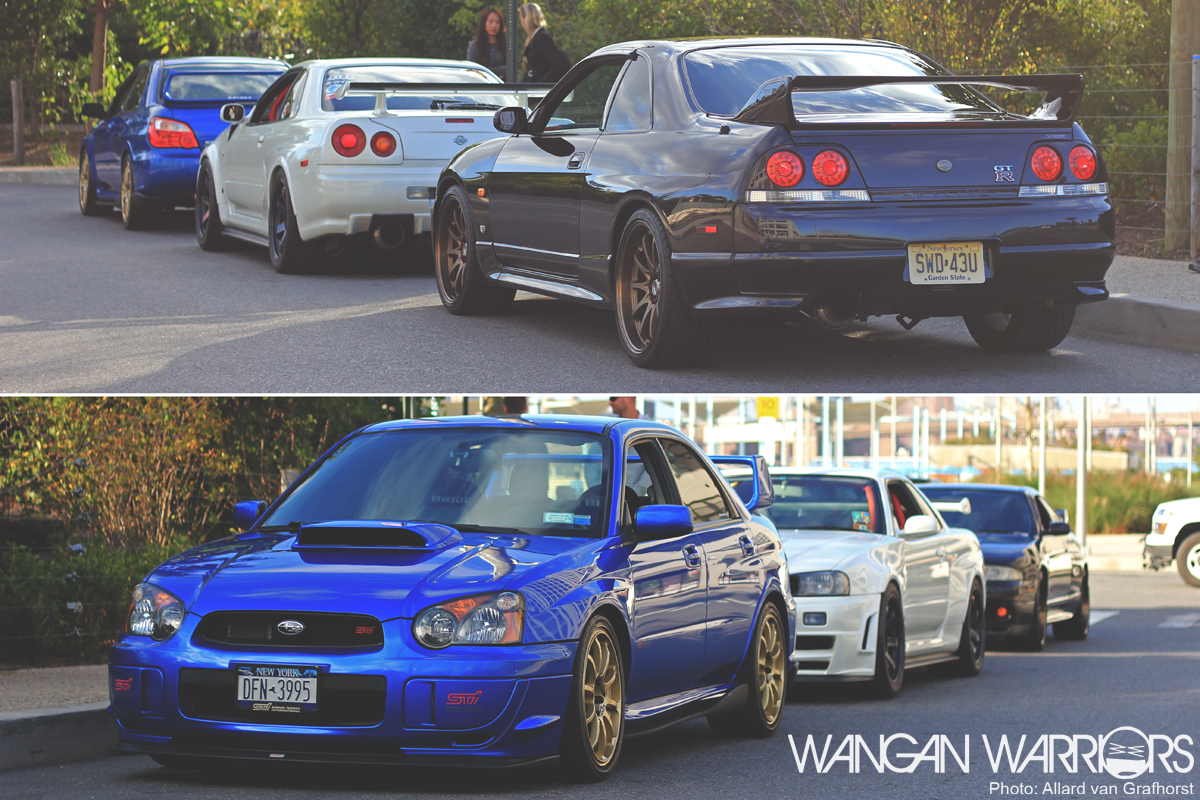 … and I got more than I could have hoped for! Nas was kind enough to take the Pride Motorsports BNR34 with him while Pete brought along his good friend Johnny who owns one of the cleanest BNR33’s I’ve ever seen! 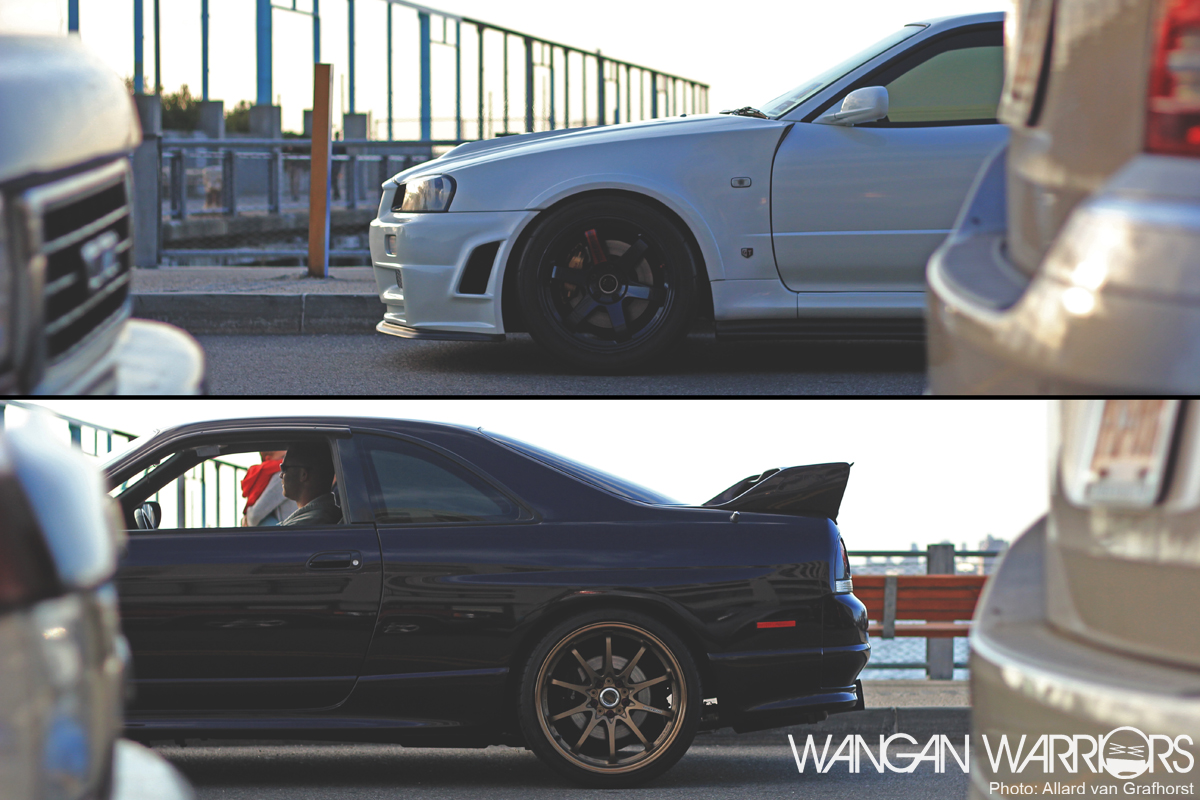 Best of all, all three cars where packed with JDM goodies! And when I say JDM, I mean JDM. Auto Select, Advan, Bride, Defi, Greddy, Tomei, Volk Racing, Nismo, Chargespeed… Just a few of the brands that can be found on these beauties. 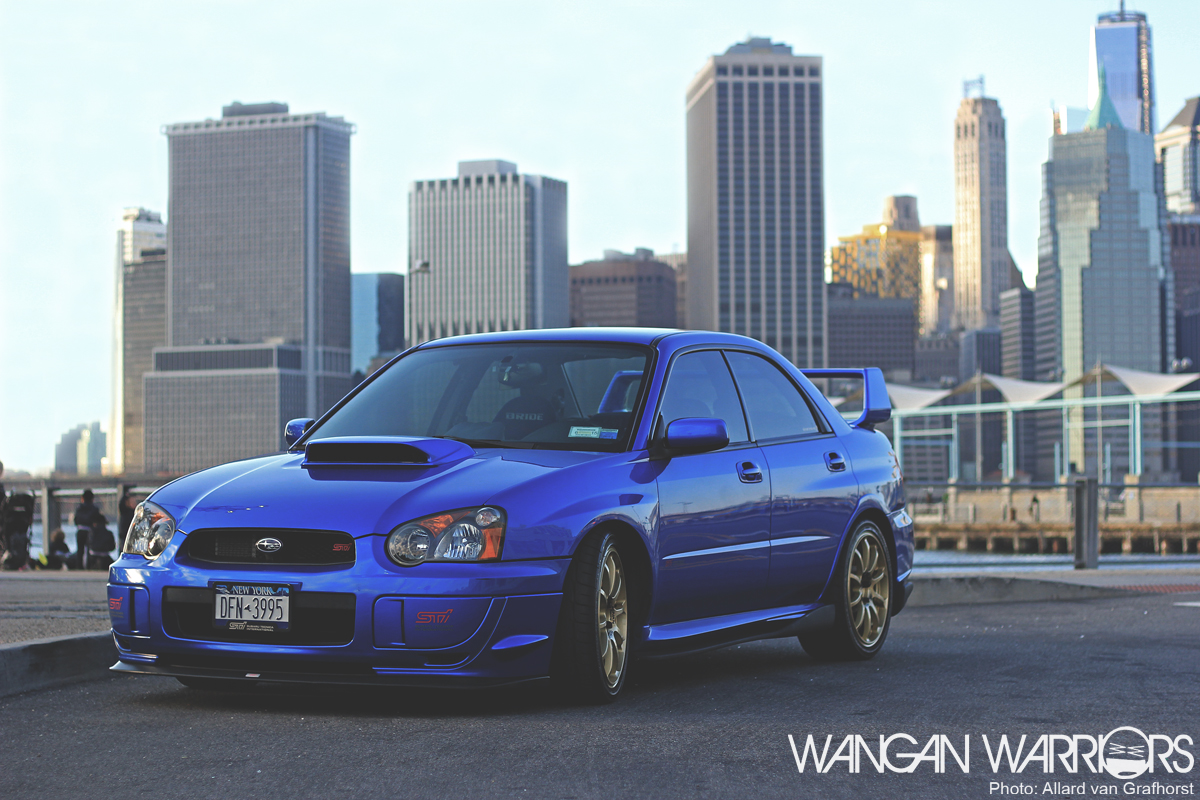 And just to top it all of… I got the chance to shoot these cars with the Manhattan skyline as a backdrop. It literally was a dream coming true! 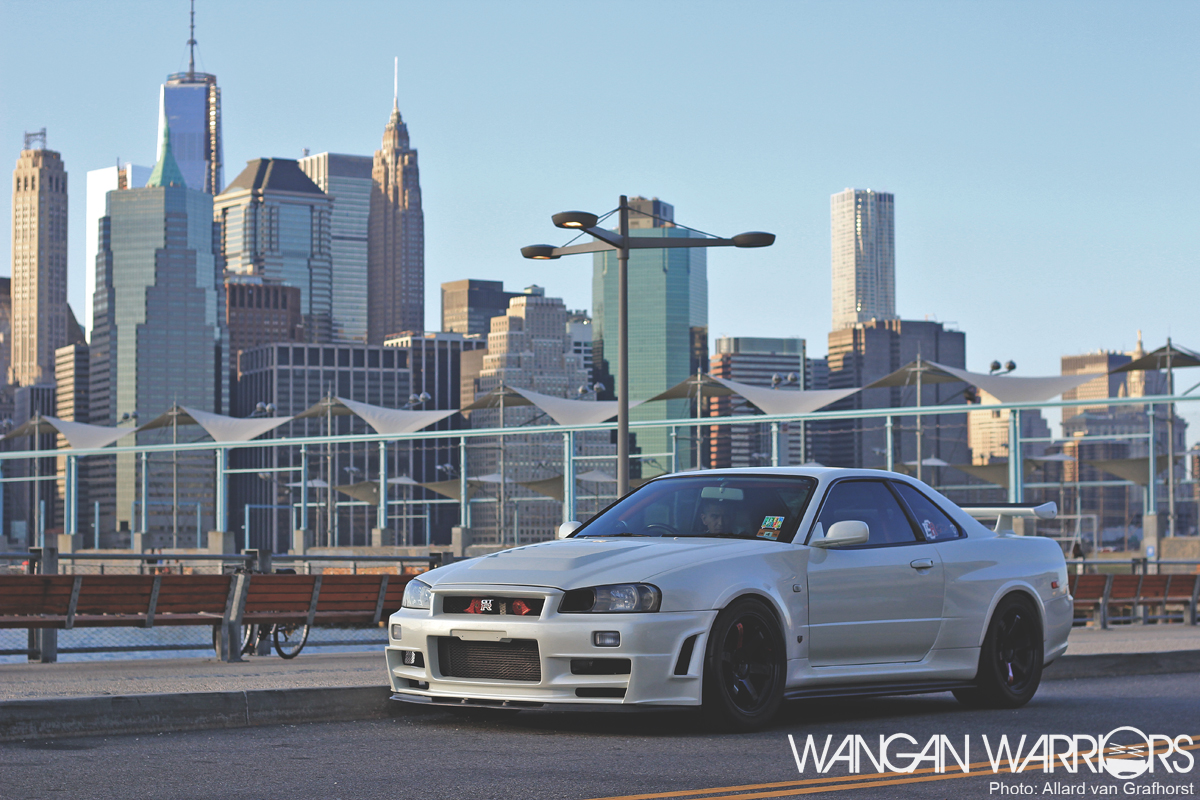 I mean… just look at it! Some beautiful cars and a drop dead gorgeous background. It just doesn’t get any better than that! Not only are the BNR33 and BNR34 a rare sight in the US… 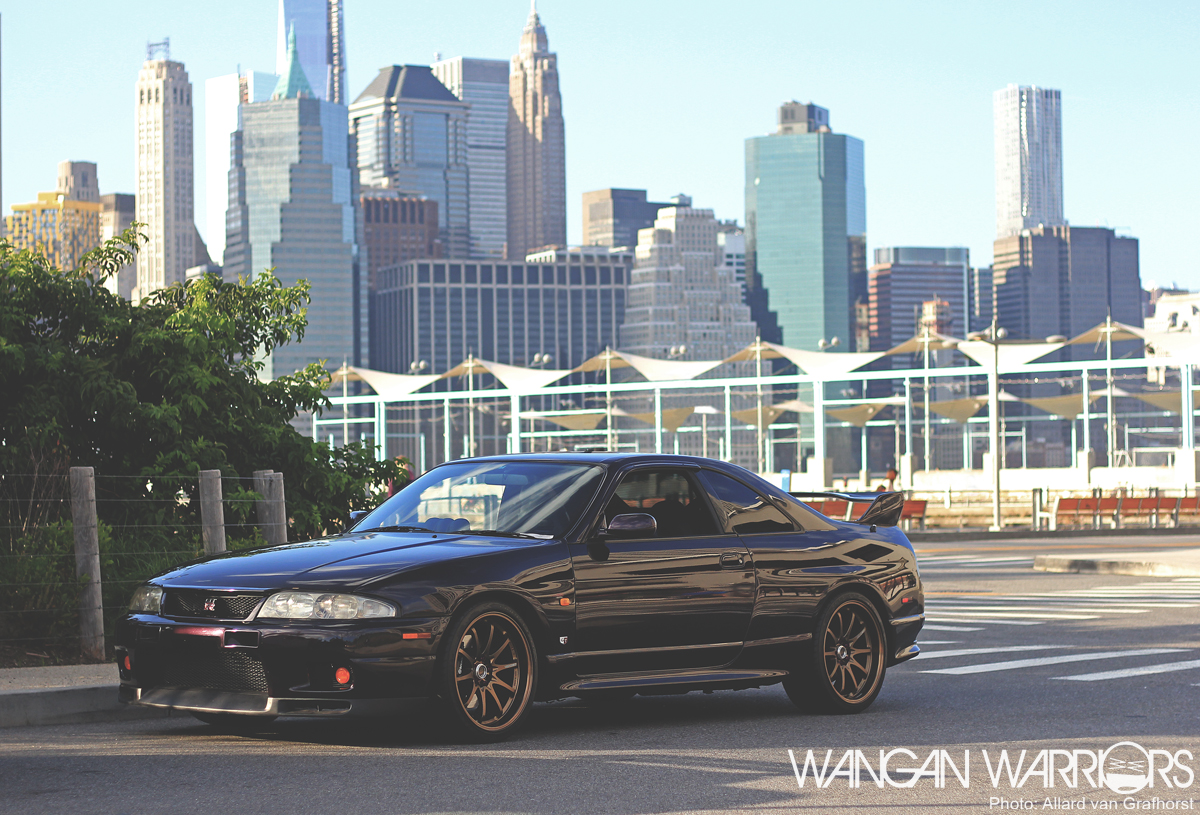 … they are actually road legal which is even more surprising! Actually, Johnny’s car is the first and only US Federally compliant 1996 R33 GTR OBD2 Skyline.
Now to be honest I’m not entirely sure what that means but it’s road legal and I can assure you that you have a better chance of bumping into the president of the United States than spotting Johnny in his gorgeous LP2 Midnight Purple machine roaming the streets! 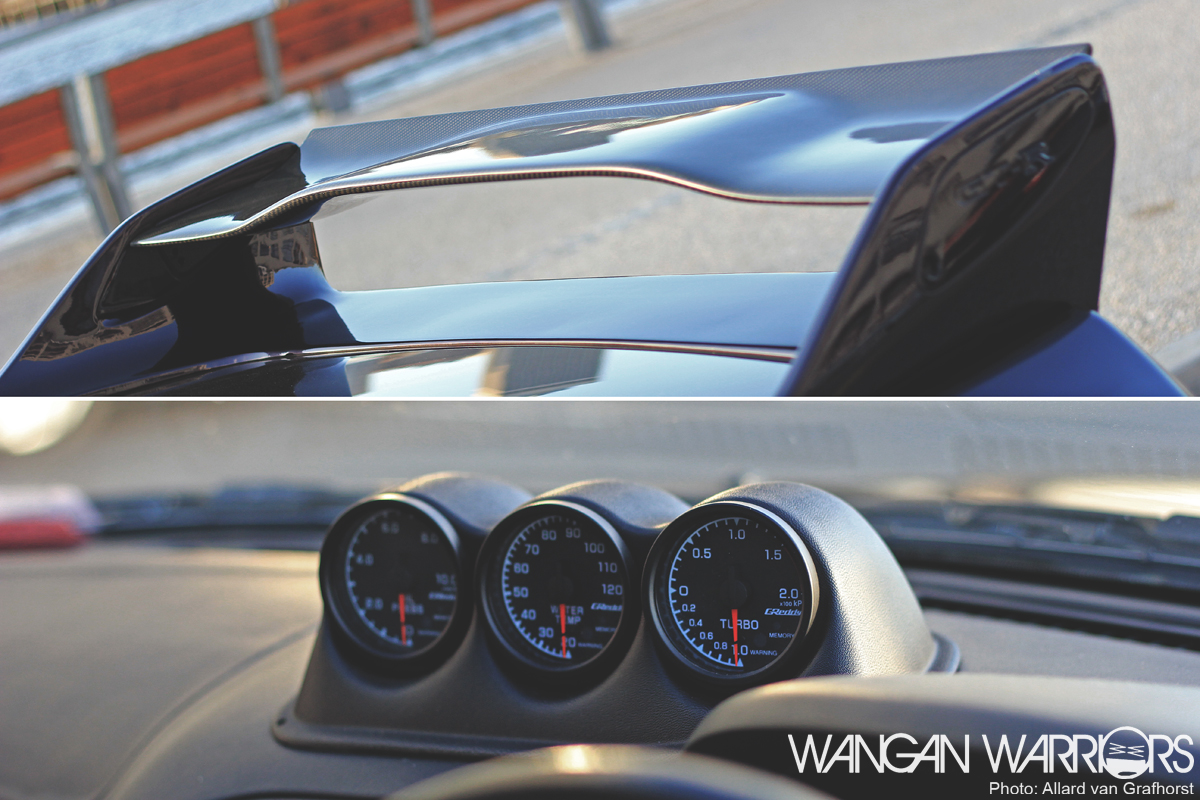 Like I said, only the best of the best is good enough for these machines! The CF Auto Select “devil” wing is rare as rocking horse poo but it just looks so good! And a full set of Greddy gauges? Why not! 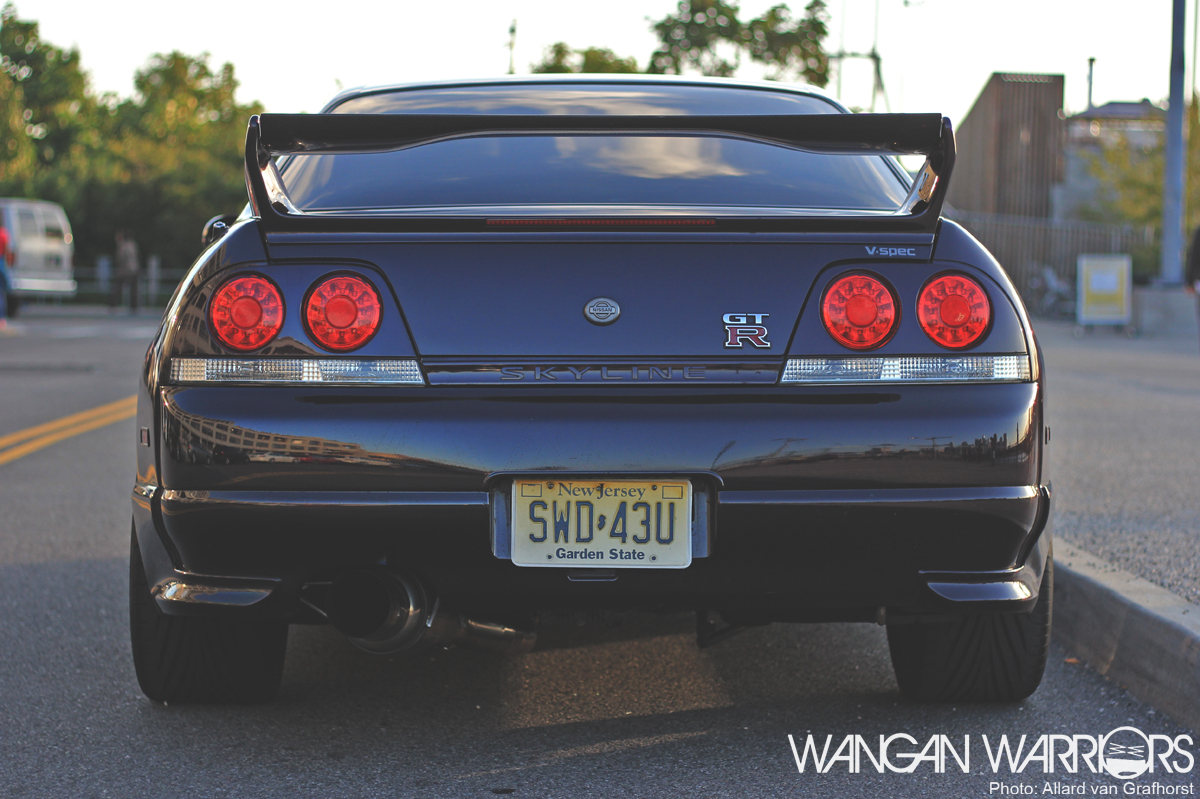 That wing just compliments that ass so well! And believe me when I say that the sound coming from the Tomei Expreme TI titanium exhaust is orgasmic. 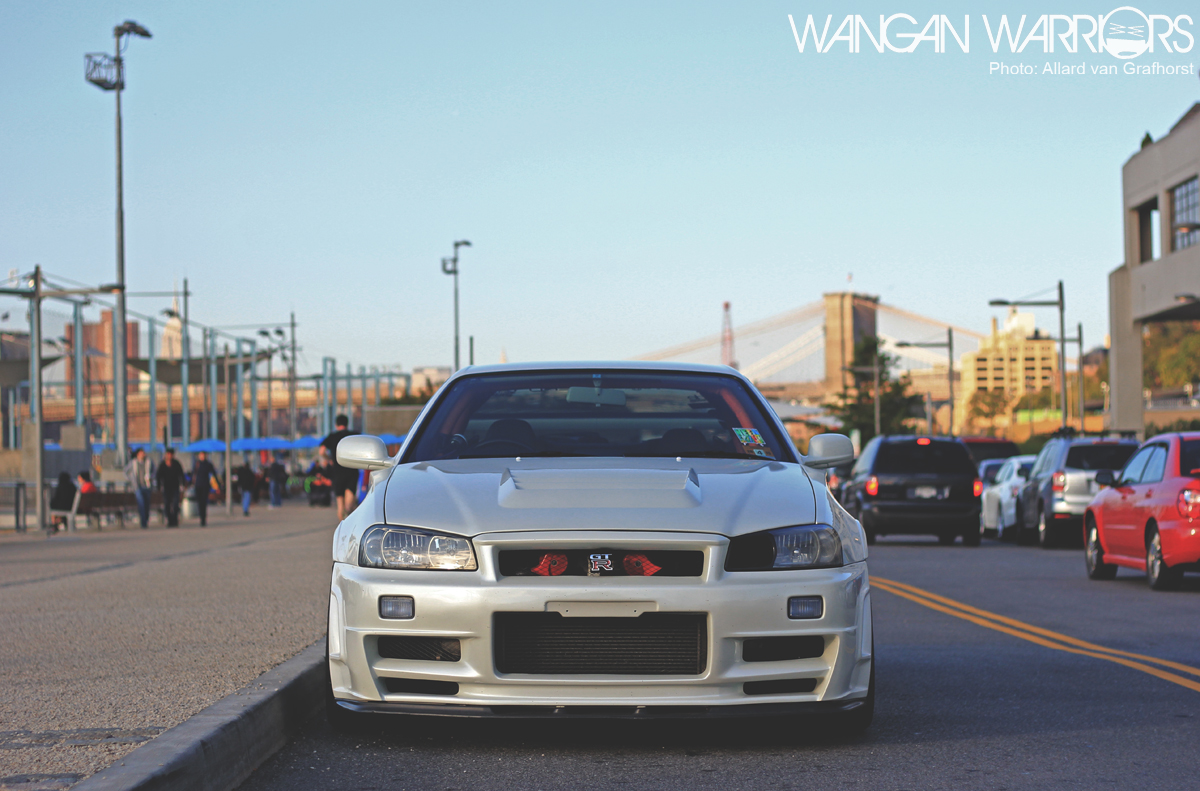 From that ass to that face… I had to pinch myself at times to see if I was awake! Z-tune bumper, fenders + over fenders, dry carbon hood… And no fake rubish aftermarket items either! No, all original Nissan/Nismo items. The headlight air intake has been developed in house by Nas at Pride Motorsports! 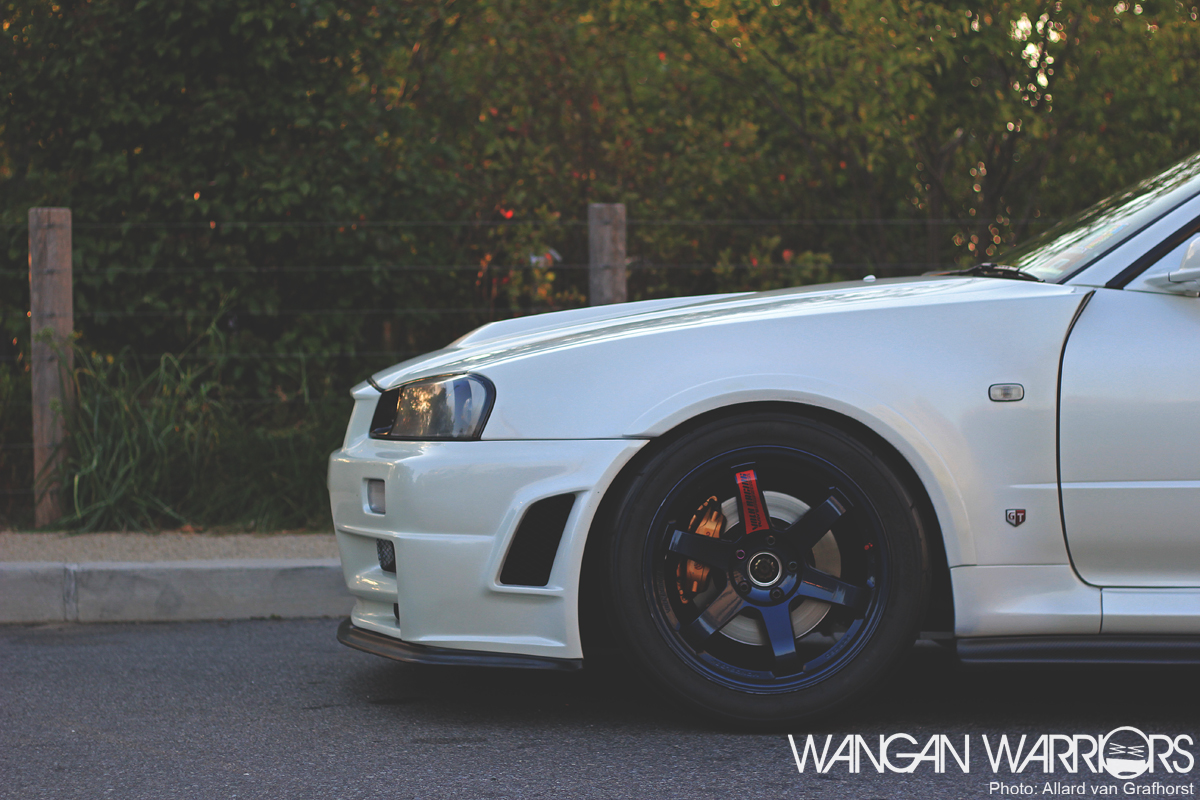 A set of TE37 Super Laps (18×11 ET18) is the choice of wheel and like a lady, the shoes complement the dress. I love the beefy look of the Toyo R888’s. Not only does it look good but that beefiness provides extra grip when needed! And I suggest you really check out the suspension specs on the bottom of this article! 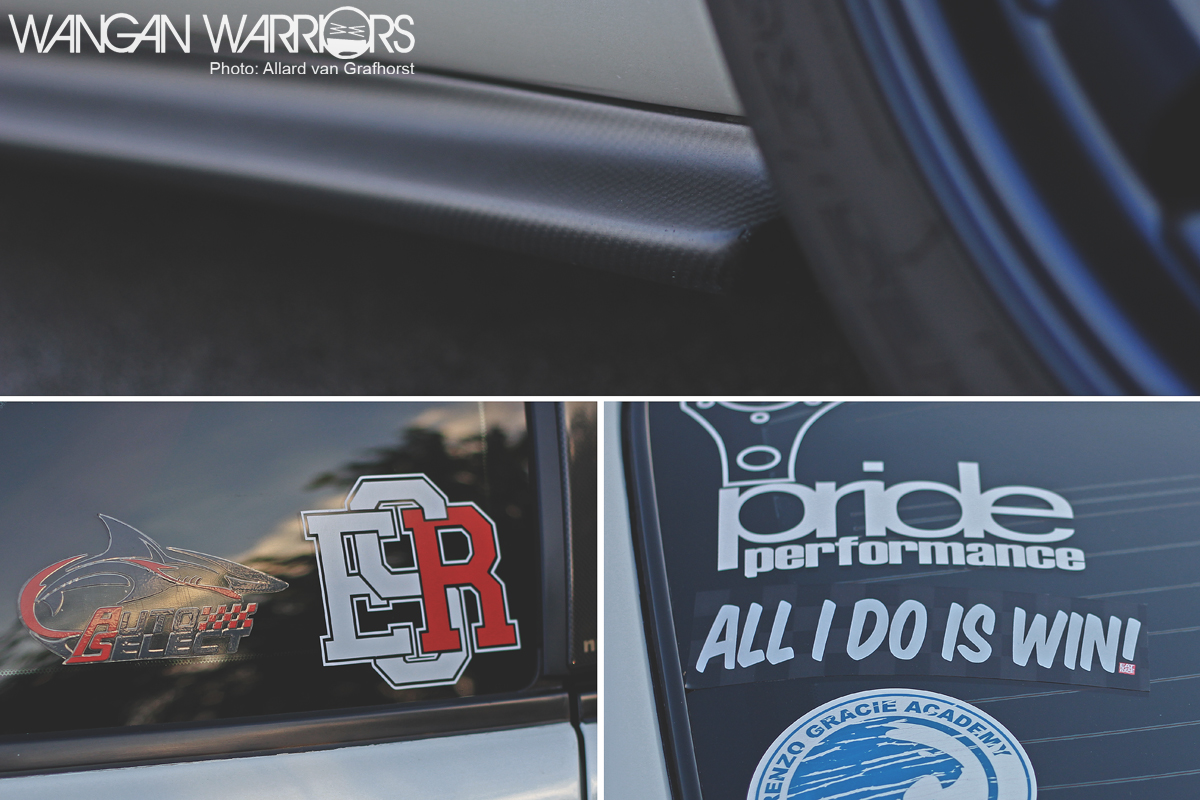 The Z-tune items are complemented by Robot Racing dry carbon sidesteps and a dry carbon wing blade. I’m not a fan of to much stickers on a car but yes… With a car like that, all you do is win! 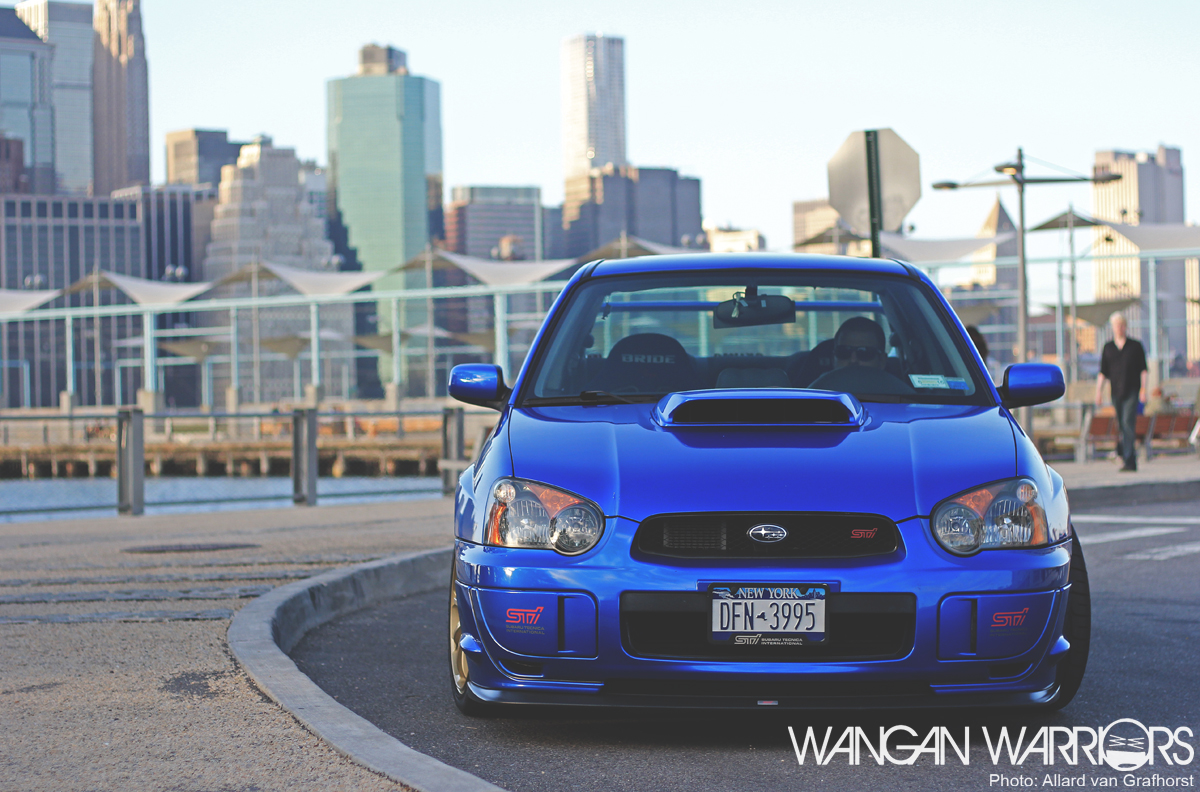 Pete’s STI is a true function over form kind of ride! Sporting some of the best mods available, Pete is not the kind of guy to cut corners when it comes to quality! 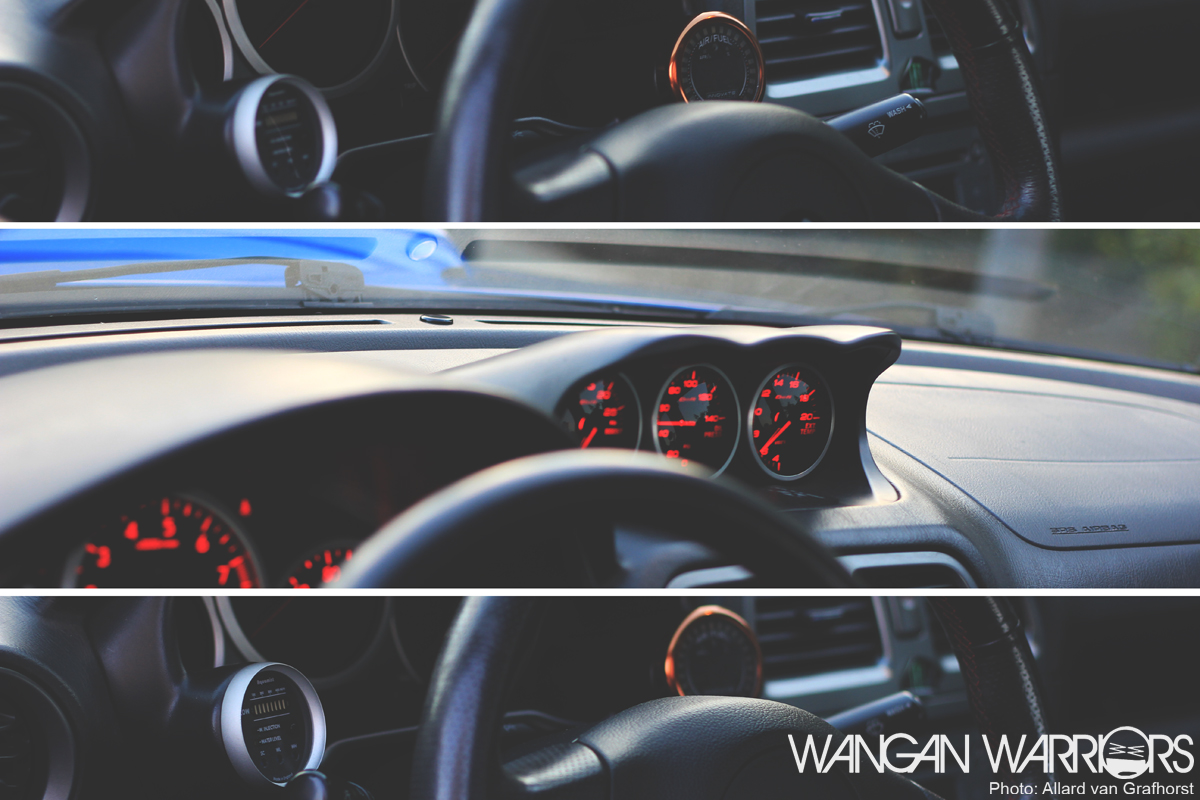 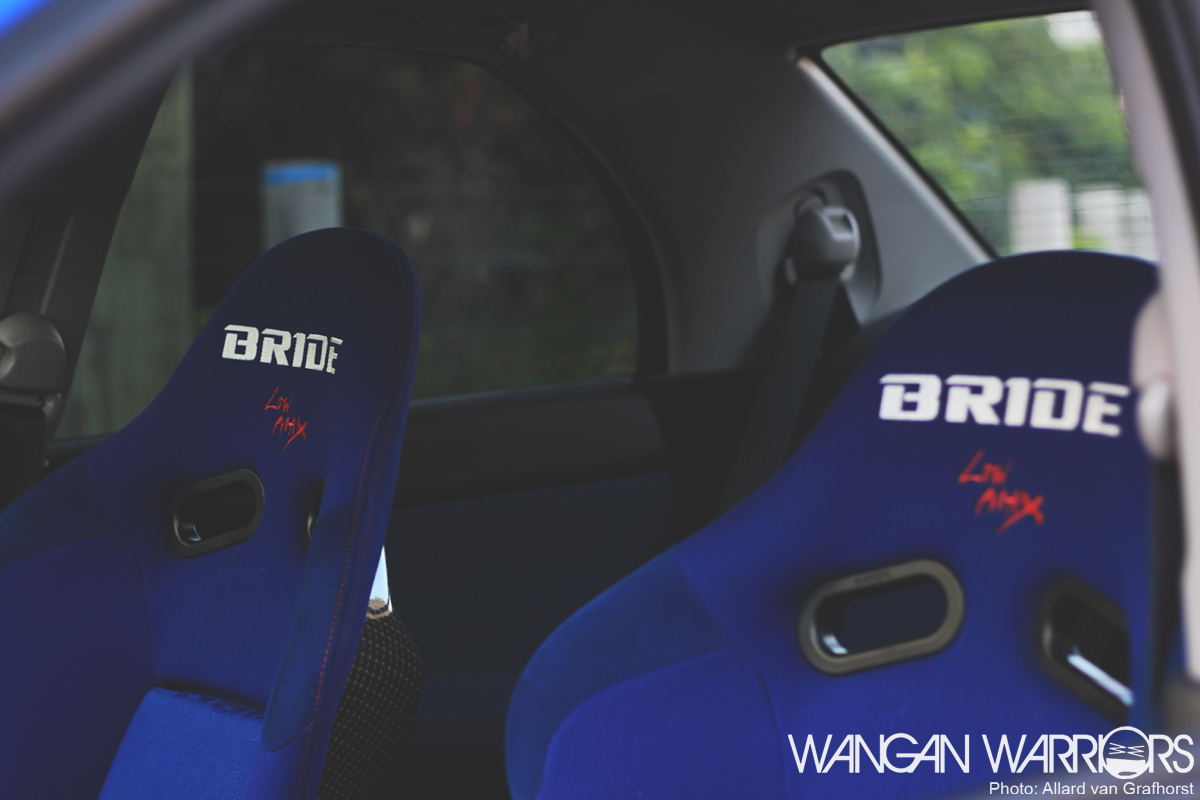 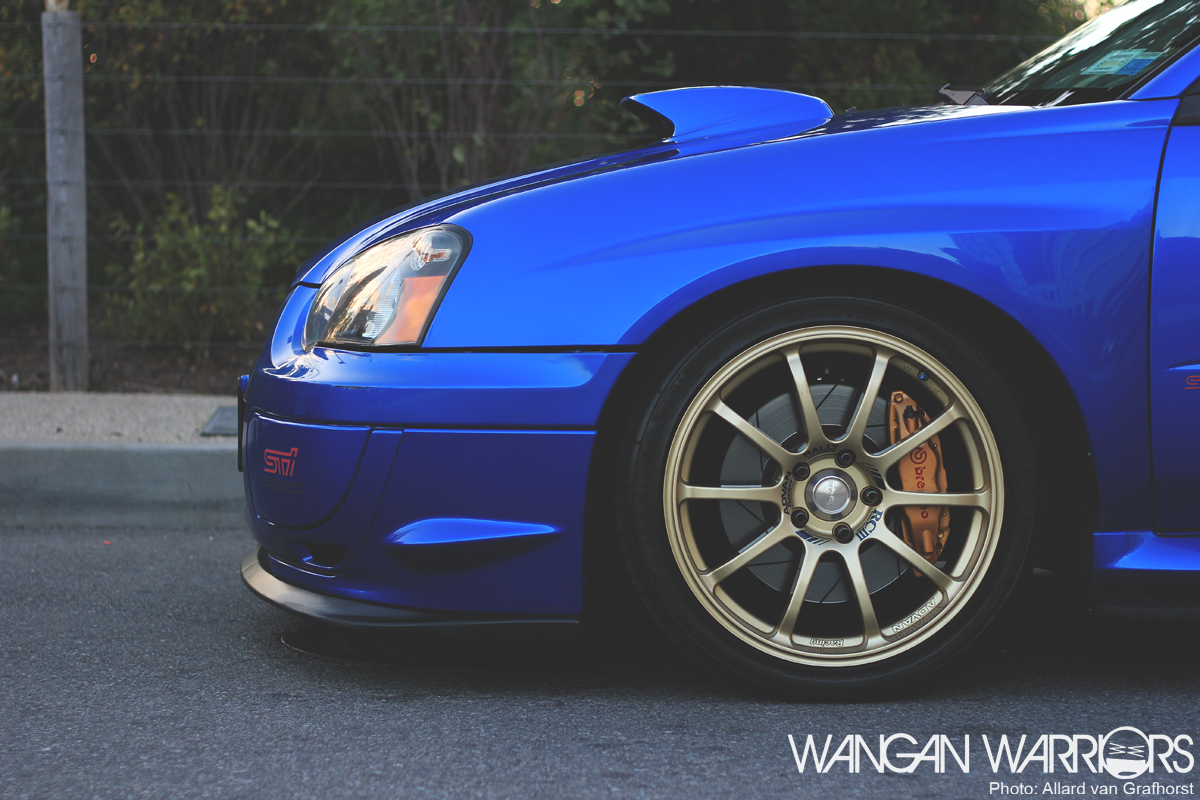 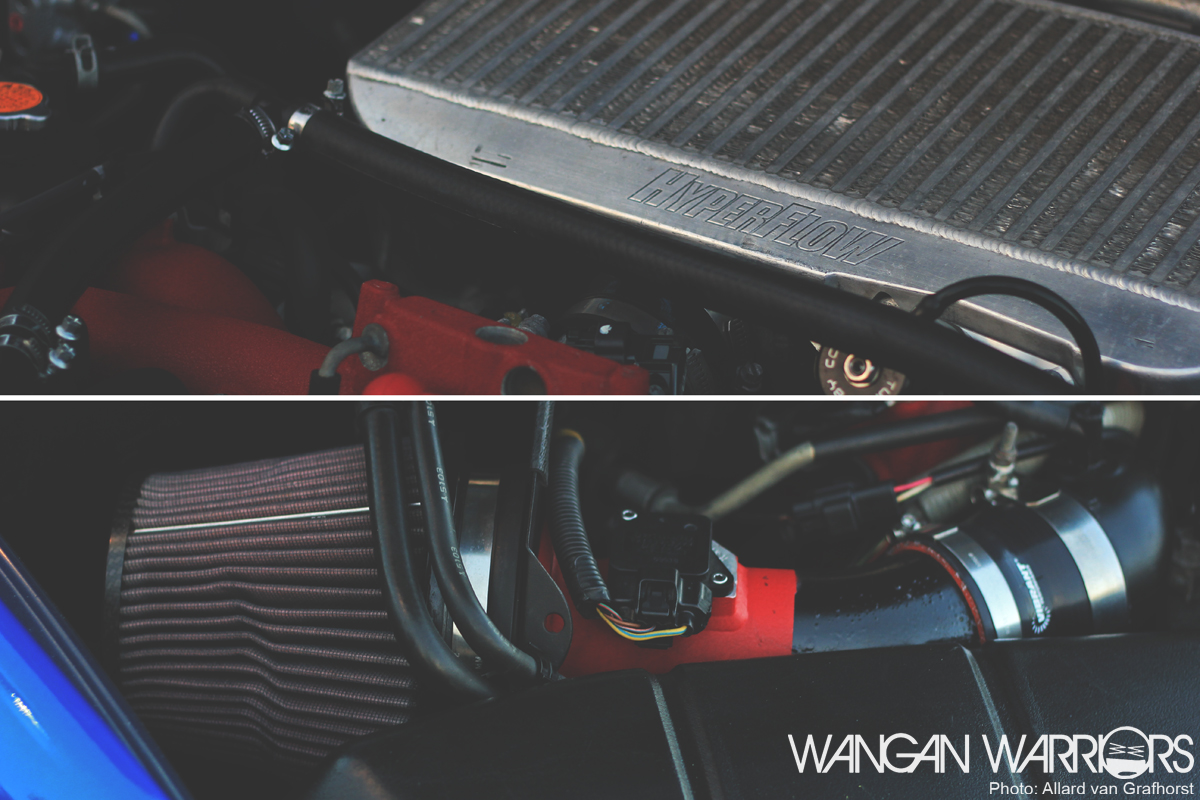 The Cosworth short block is beeing powerfed by a Tomei ARMS M7760 turbo which get’s it’s cooling from a Turbo XS intercooler. A Koyo radiator, Prova oil cooler, Tial 44mm external waste gate, Tomei turbo inlet… and again the list goes on and on and on and on! 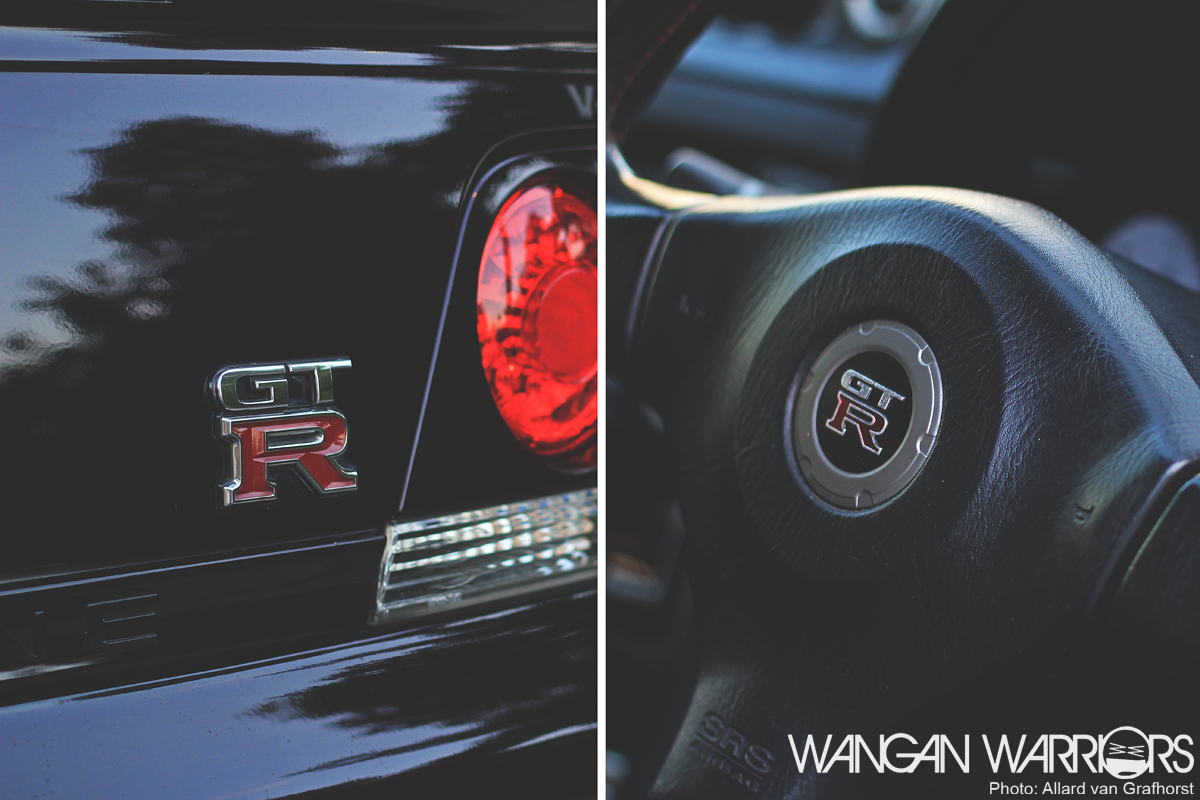 So there you have it. A beautiful afternoon, a beautiful location and some beautiful rides! I would really like to thank Armanda for hooking me up with Nas and Pete, Johnny and Nas for coming out to meet me and give me a opportunity some people can only dream of. It really was a pleasure meeting you guys and I can’t thank you enough. 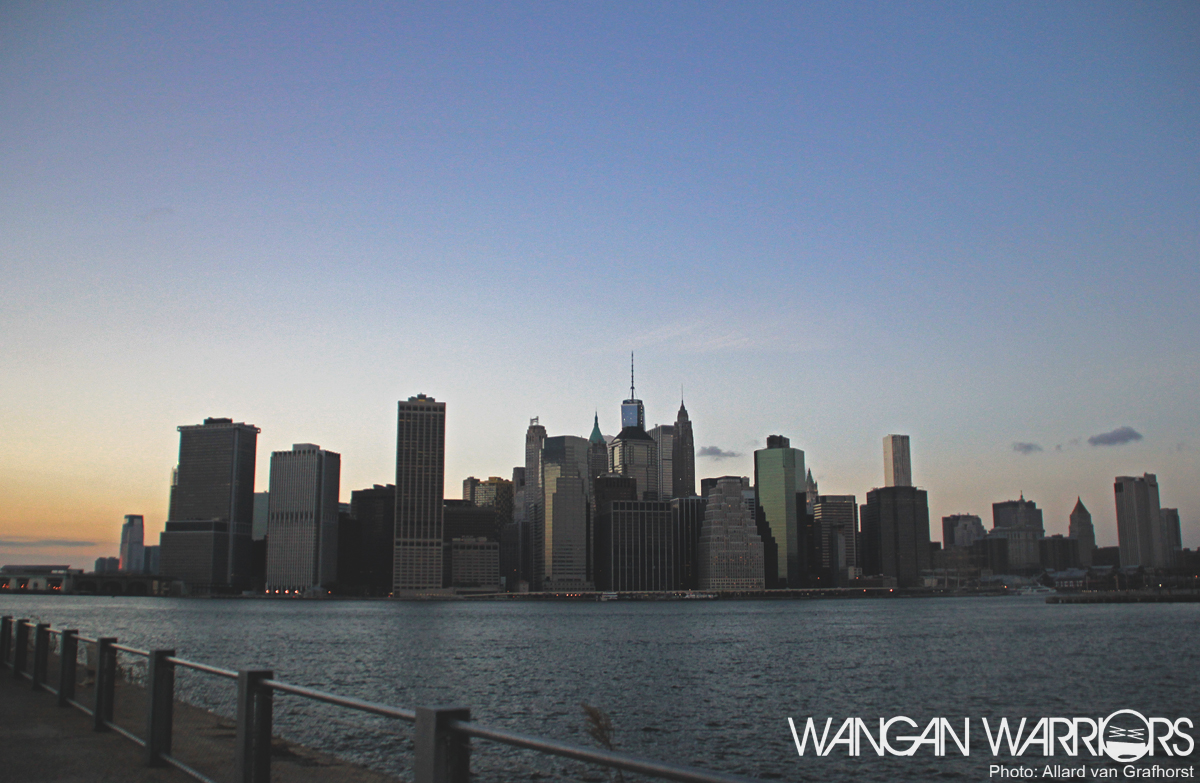 I would also like to thank my lovely sister Luciëlle for what has turned out to be the best birthday present ever. None of this would have been possible without you and I love you dearly! 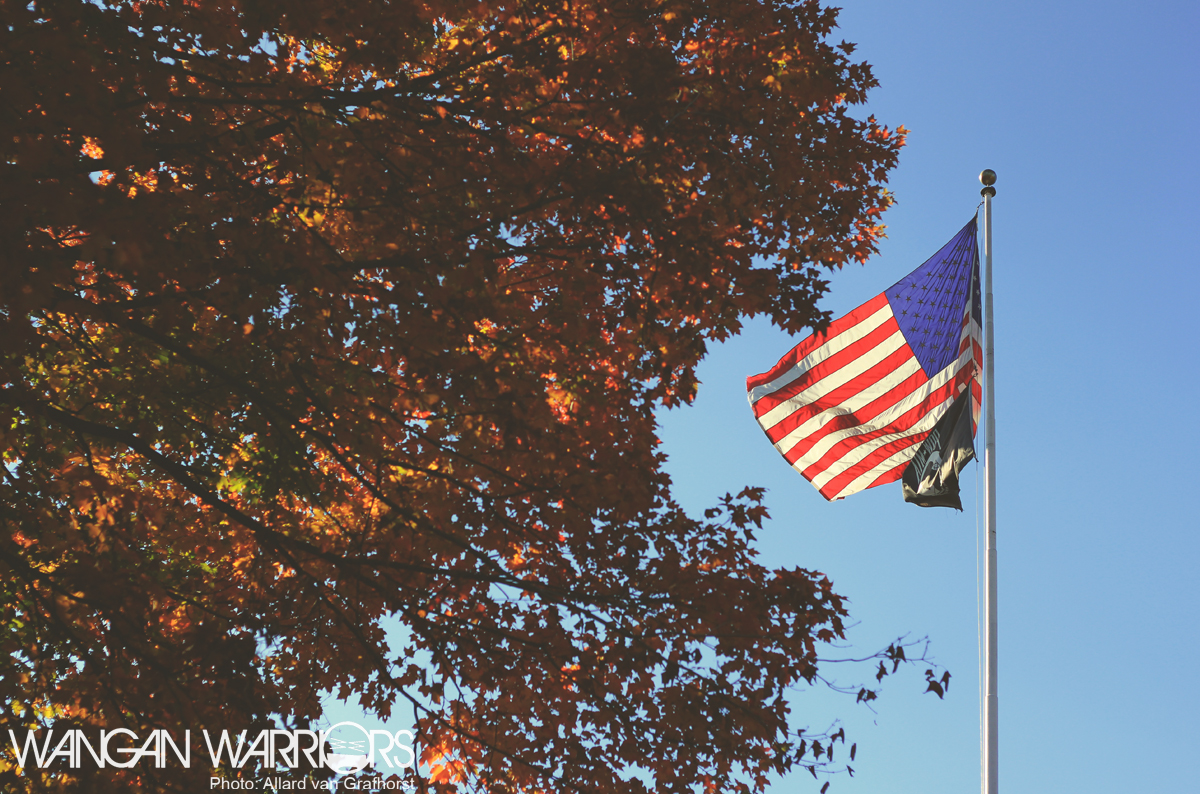 Last but not least, a big thank you to the crazy, friendly, kind people of New York for their hospitality. I must admit that New York is no Tokyo but then again, I’m biased!
Anyway…