WNGN Guests will be a series of guest articles from talented photographers who deserve some attention on Wangan Warriors. Dave Cox will kick off this series with some amazing work!
Hello Wangan Warriors! My name is Dave Cox, I am an Automotive CGI Artist (see image below) working in the heart of London, I have worked with clients such as Mazda, McLaren, Ford, Nissan, Nismo, Datsun and Infiniti. In my spare time, I like to take photos, I currently shoot for Fueltopia. CGI takes a long time to set up and create an image so photography is a more immediate way of realising images. I came to know Wangan Warriors through Bill who is a member of the media team. 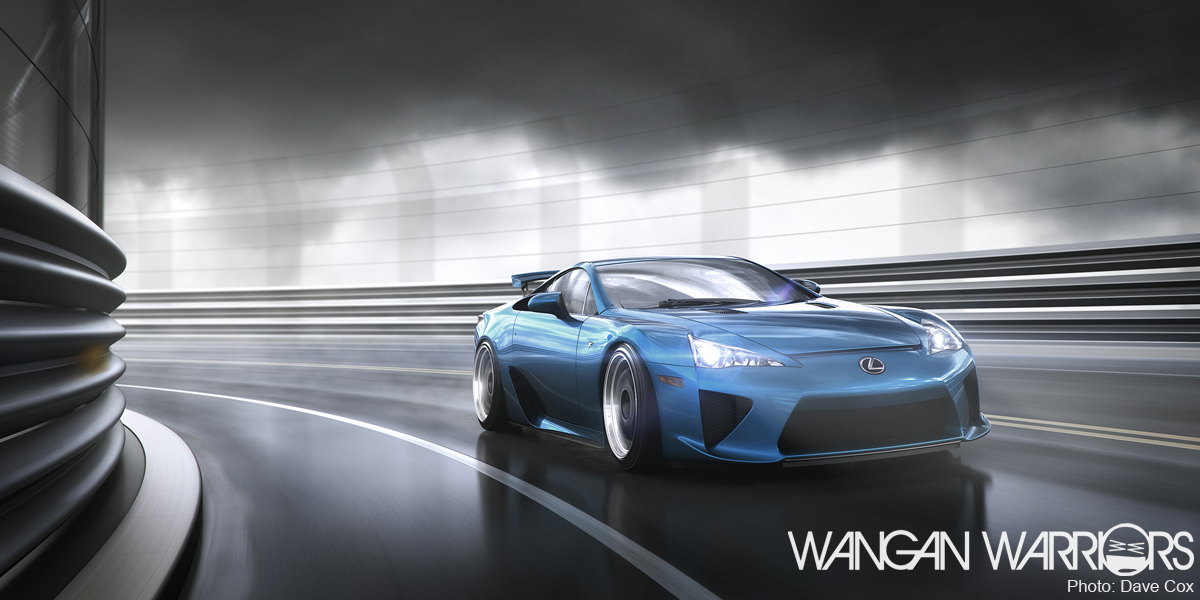 Bill, like the rest of WW has a consistent aesthetic signature which is one of the things that appeal to me. So often the Japanese Automotive culture is presented with images that look more like “snapshots” rather than offering any story or substance to the images. 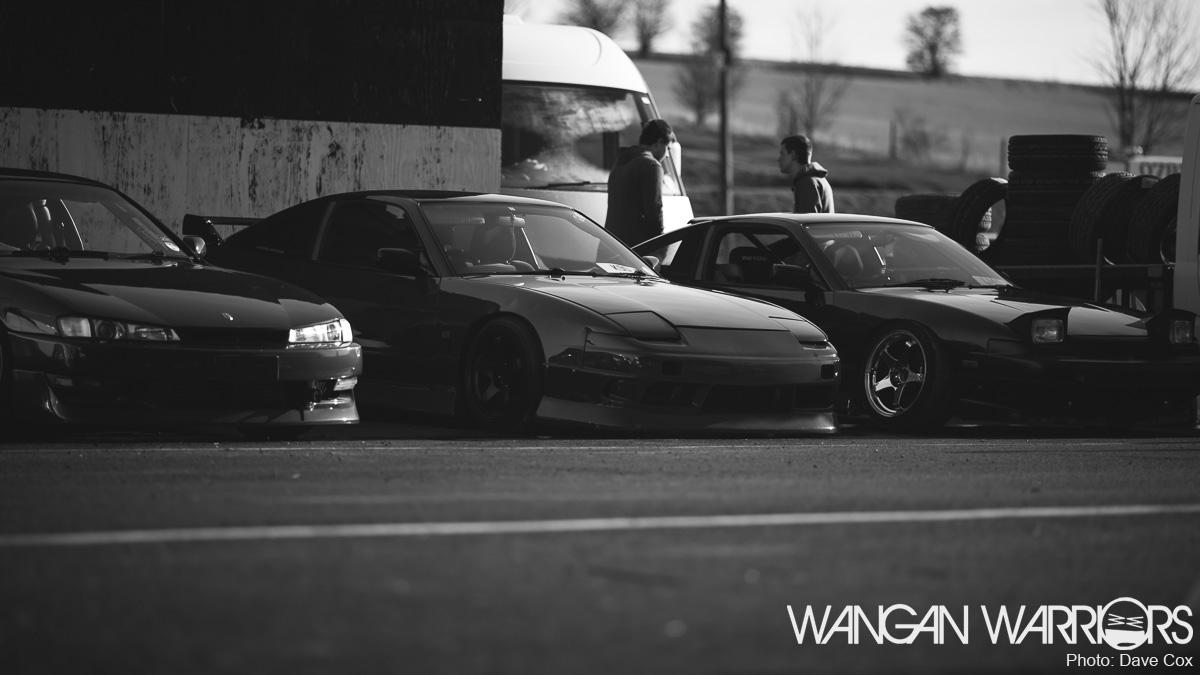 This story telling through imagery is something I personally strive to achieve in my photographic venture into the automotive scene. But I didn’t cut my teeth in the photographic world with cars. I have always been “into” photography and appreciated good composition an eye for detail but my photographic journey started with taking portraits. 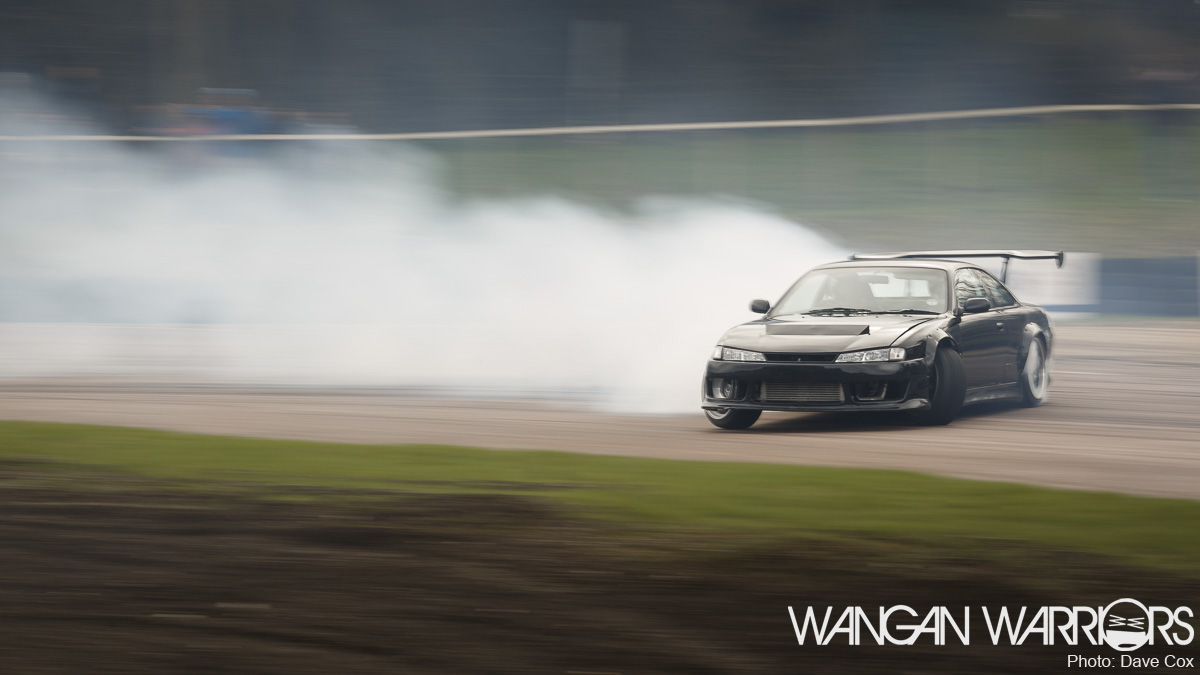 My girlfriend started her own fashion blog many years ago. Naturally, my boyfriend duties were expanded to included taking her photo. At first, I confess I had no idea what I was doing. Happily clicking away on her dSLR, I was enjoying the use of the most “pro” camera I had ever used. 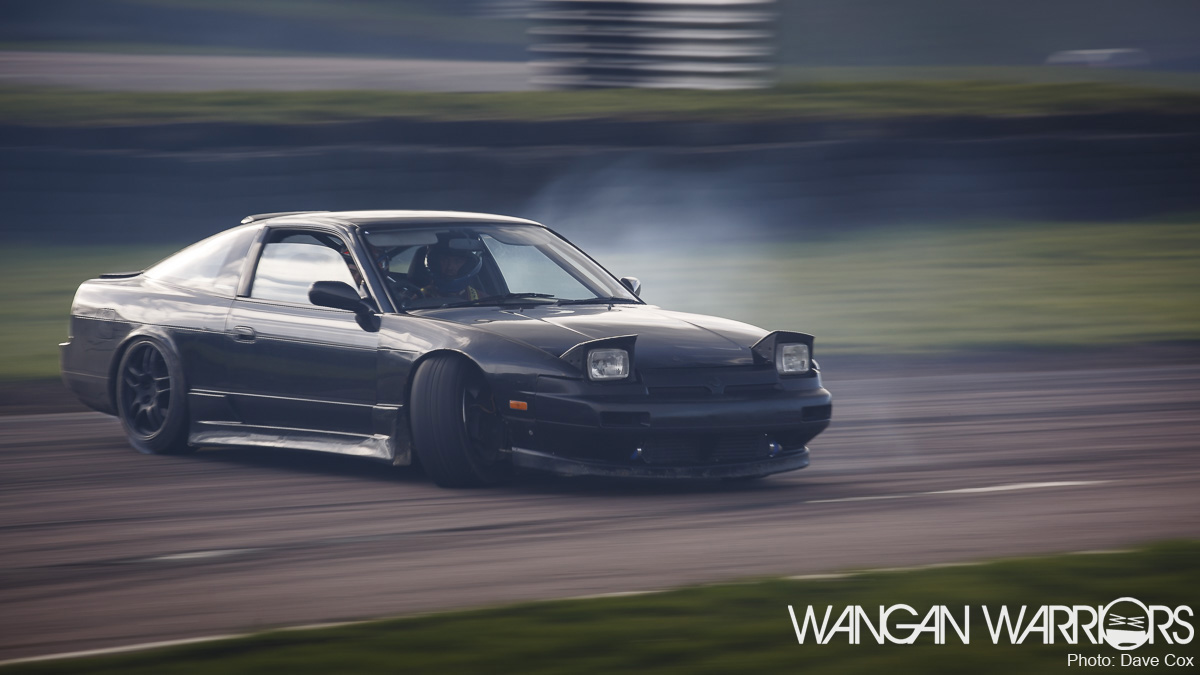 It wasn’t long before I wanted to know more. Snapping away in Auto or “P” mode just wasn’t cutting it any more. I wanted to learn how to get the best out of a camera. I knew I couldn’t afford to buy my own dSLR so I went on the hunt for a 35mm film SLR. After hours of scouring the internet, I found Canon AE-1 Program with two lenses on ebay for £30. SOLD! 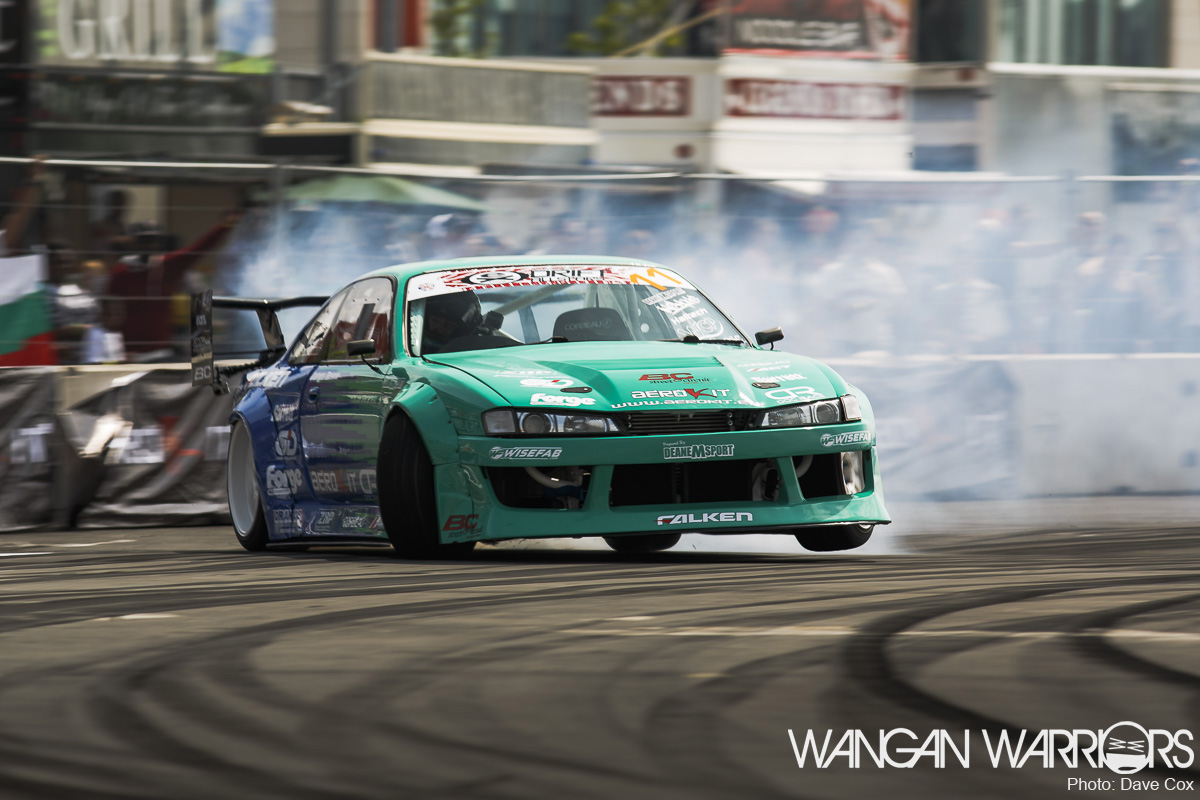 I must have spent hunderds of pounds on film. Some wasted, some good, so loaded incorrectly and some came out great and live on my walls at home. I must have made every mistake possible but that was the point, make a mistake and learn from it. It is the only way (in my eyes) to grow. All I knew whilst learning is that I really enjoyed making images. 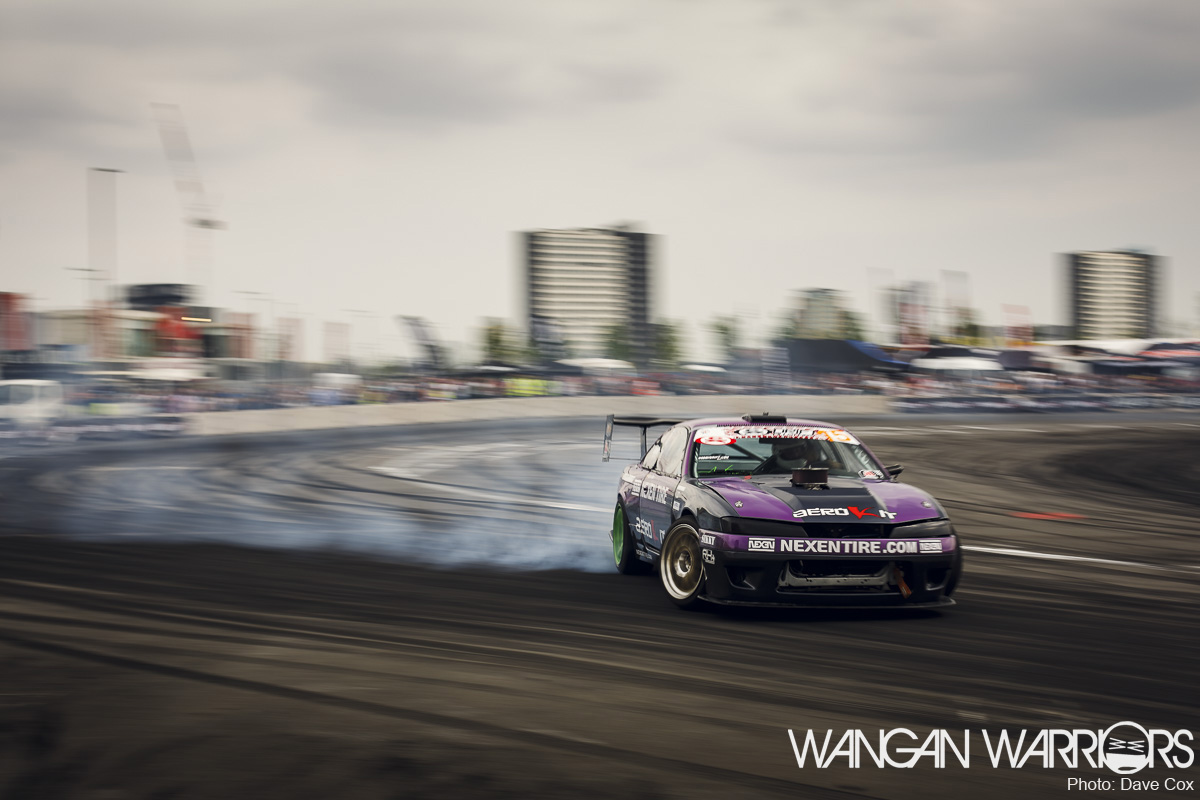 Eventually my skills improved and consequently my girlfriend’s blog images improved, and it was around this time I thought that I would like to buy my own dSLR instead of using hers. I bought my own Canon 50D and a couple of lenses and continued to take photos for her blog as well as making portraits of all my friends and people on the street. 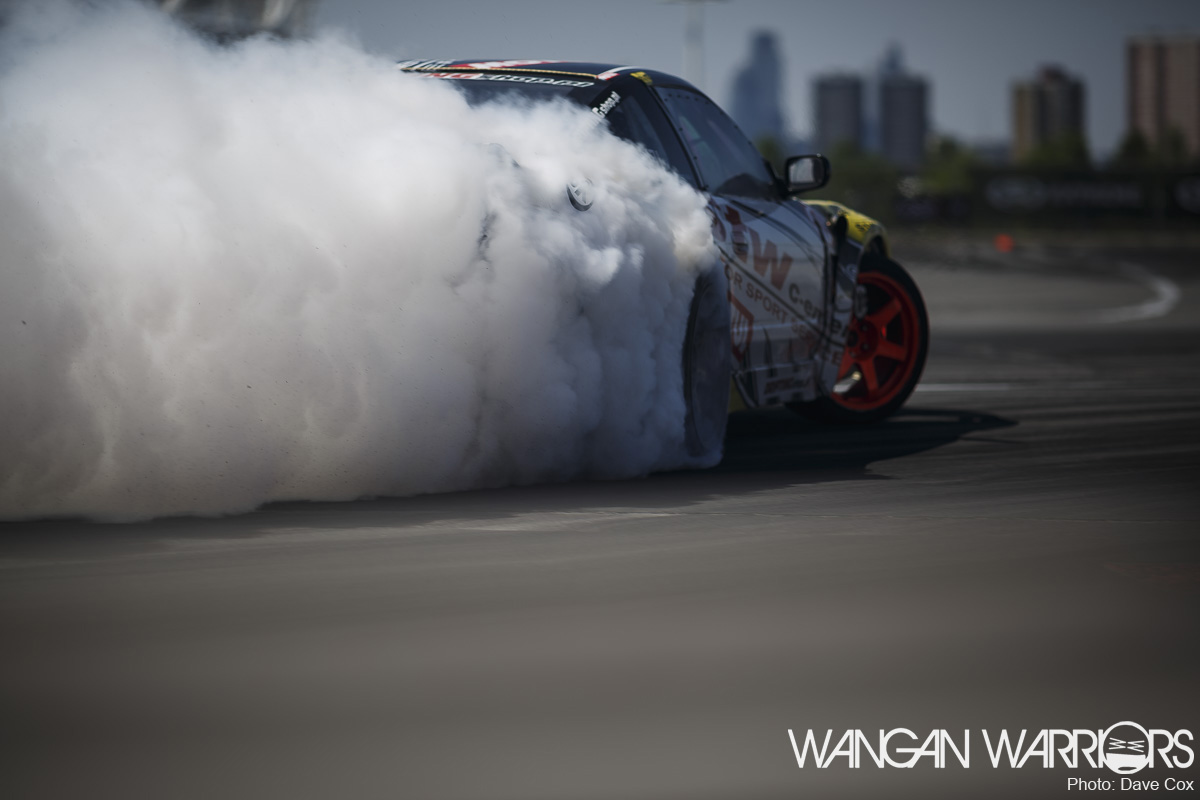 Despite being an avid petrol head since…well, forever I guess, I had never taken a photograph of car. To this day I cannot work out why it took me so long to get around to do it. It wasn’t until early 2012 that I decided to make the change. I asked Drift Allstars very nicely if I could come to one of the rounds in London for my first ever try at photographing cars on a track. 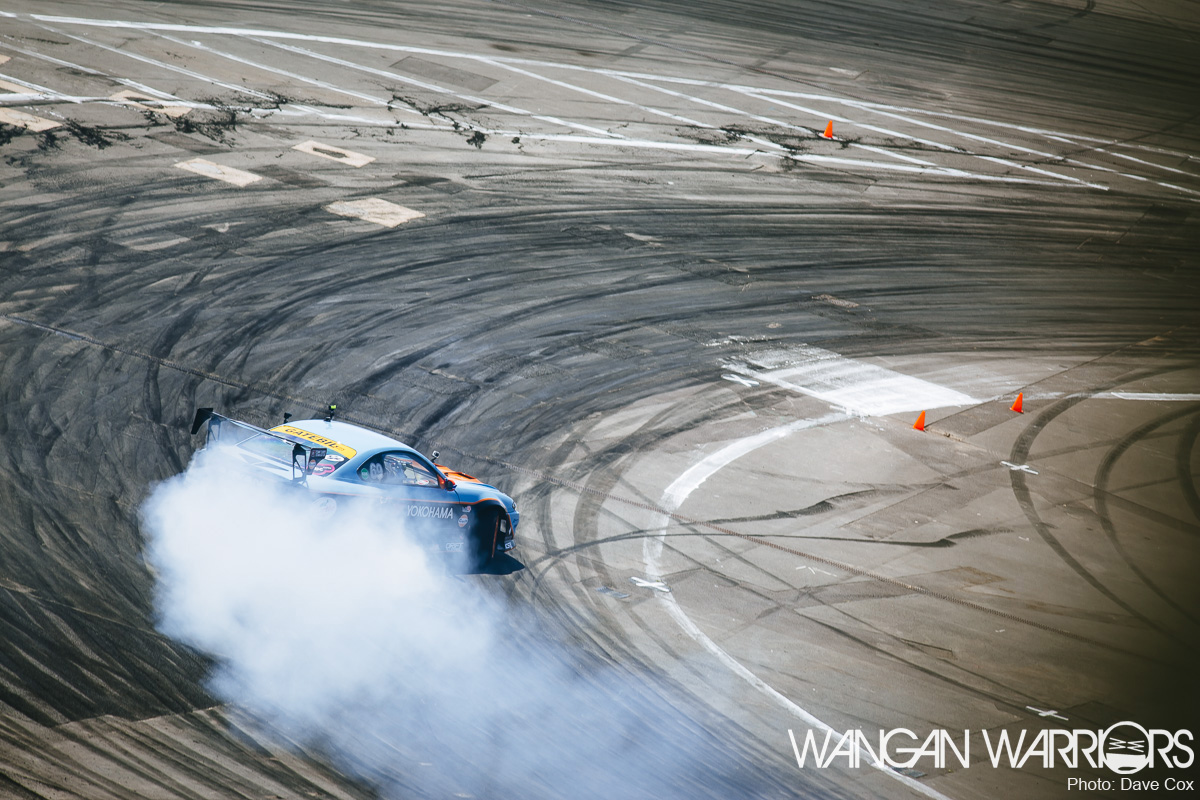 It didn’t take me long to master the basics of panning, and I spent the whole day, until my battery died panning away. I could not believe how much fun I had. I have been visiting race tracks since I was a kid but I was ALWAYS safely behind the fencing. Now, now I was standing on the infield of a track with nothing but distance separating me and the cars! 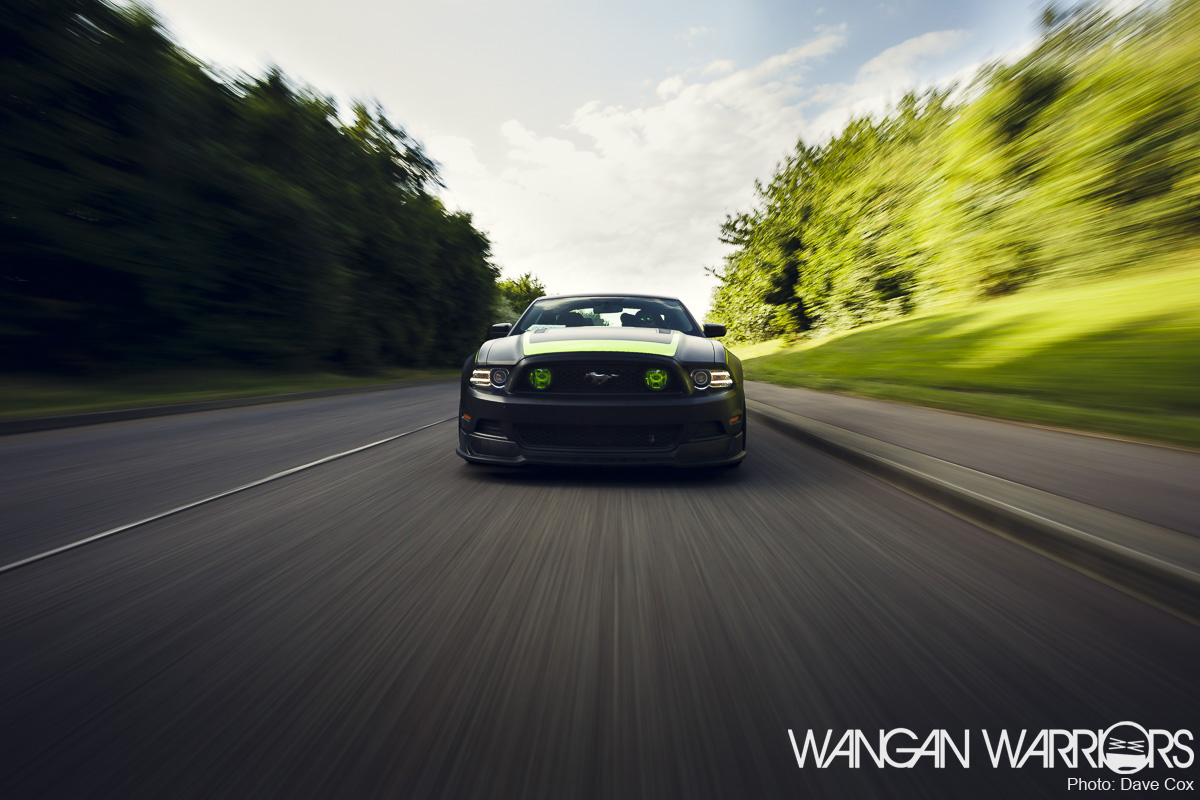 The sound of the exhaust bouncing off the inside of stadium and being in the “unsafe” zone really hightened the senses. I knew I hád to do more of this. Shortly after, I joined Fueltopia and was granted the access to carry on doing what was now my favourite hobby. 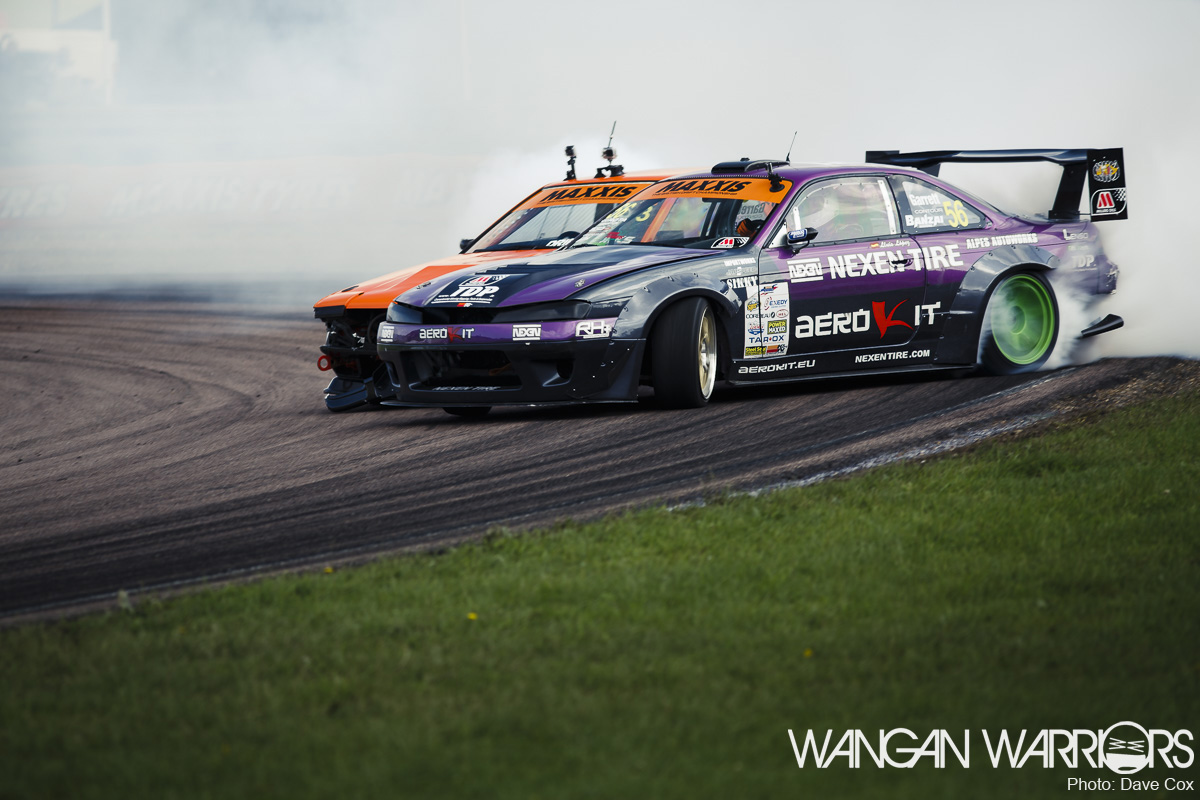 Fast forward 2 and a half years and although I don’t get to attend as many rounds as I would like, I am still doing what I enjoy. Spending the weekend with friends I have made in the car scene over the years and photographing cars from the best seat in the house could not get much better. 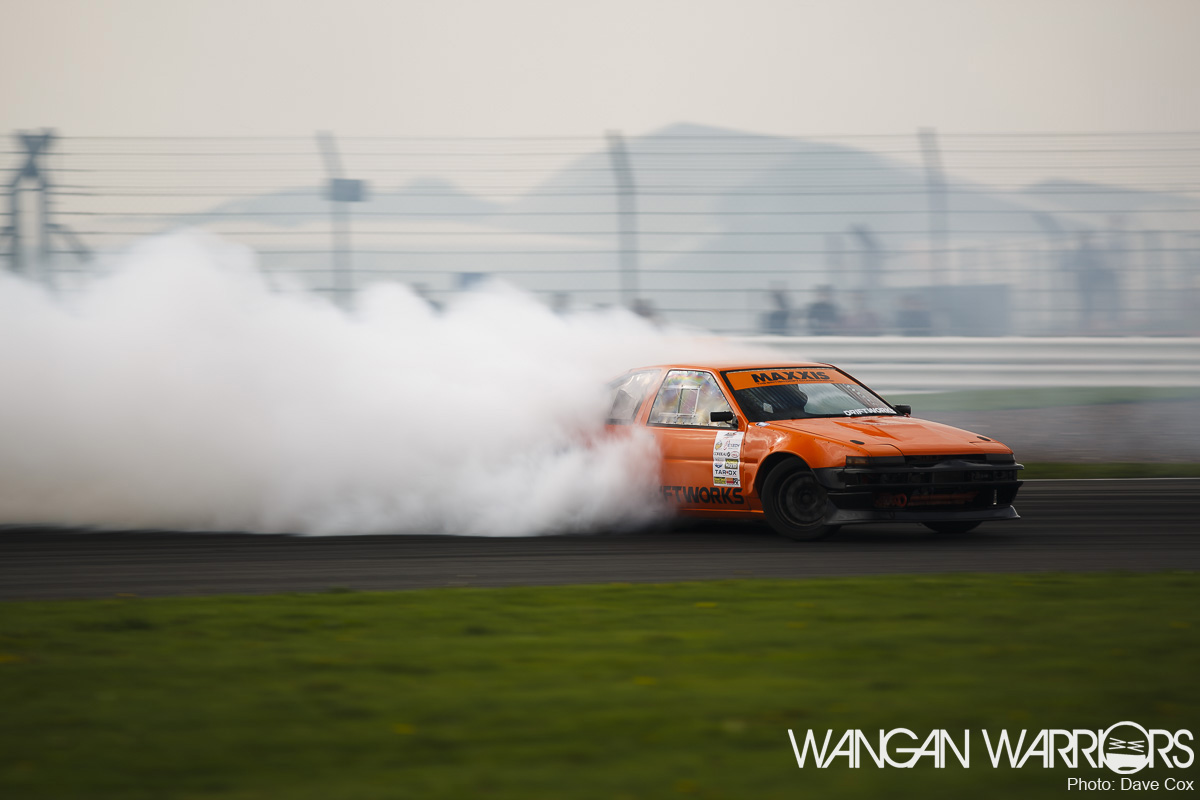 Throughout the years and to this present day there is one thing that has kept me pushing and developing and that would be a large number of influential photographers. Some are friends, some are strangers on the other side of the planet. These help me push and strive for better on a daily basis. A big influence for me when I was starting out is Rick Nunn (RickNunn.com). His attention for detail, colour and composition really helped me focus on areas that I needed to improve. His technical knowledge also really helped when I got in a pinch. 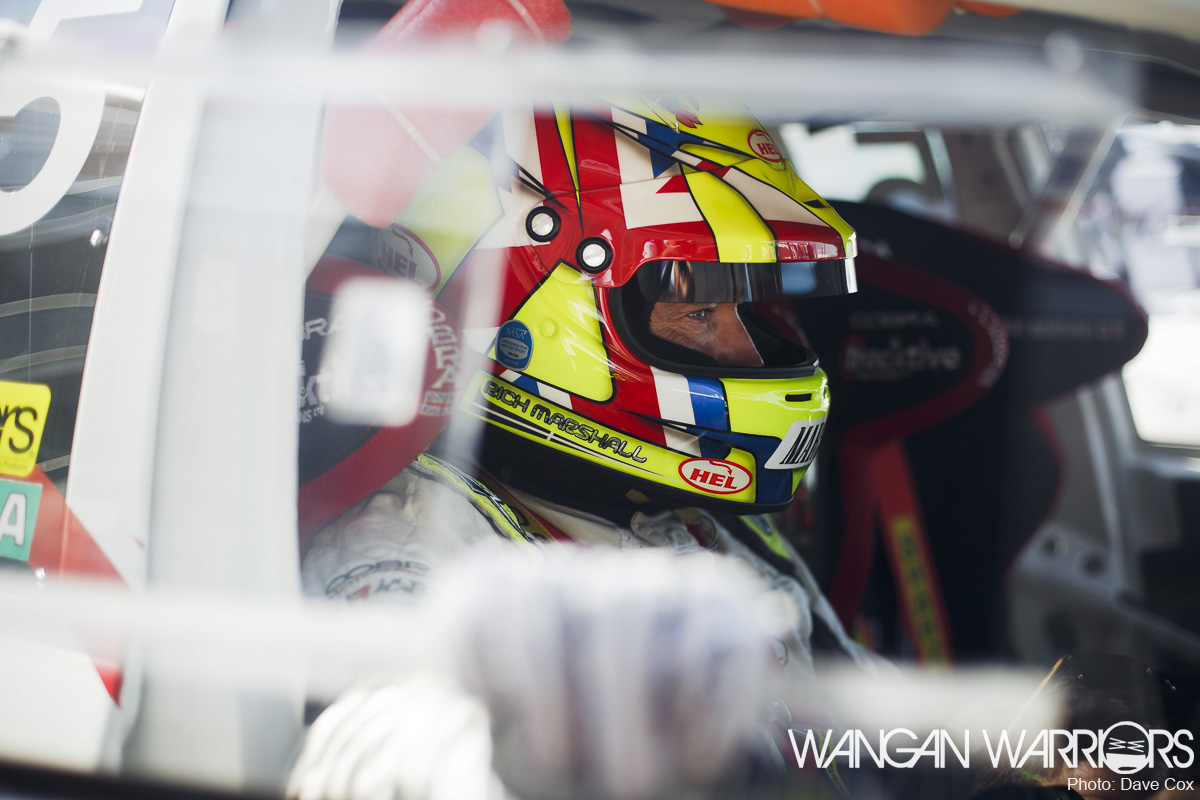 I am still in contact with him and we have met in person. It is really neat to meet someone who has inspired you. Another photographer that has been a big influence is Sean Klingelhoefer. His style has played a major part in my personal work as well as my CGI work. I still use him as my first port of call when it comes to shooting feature cars. 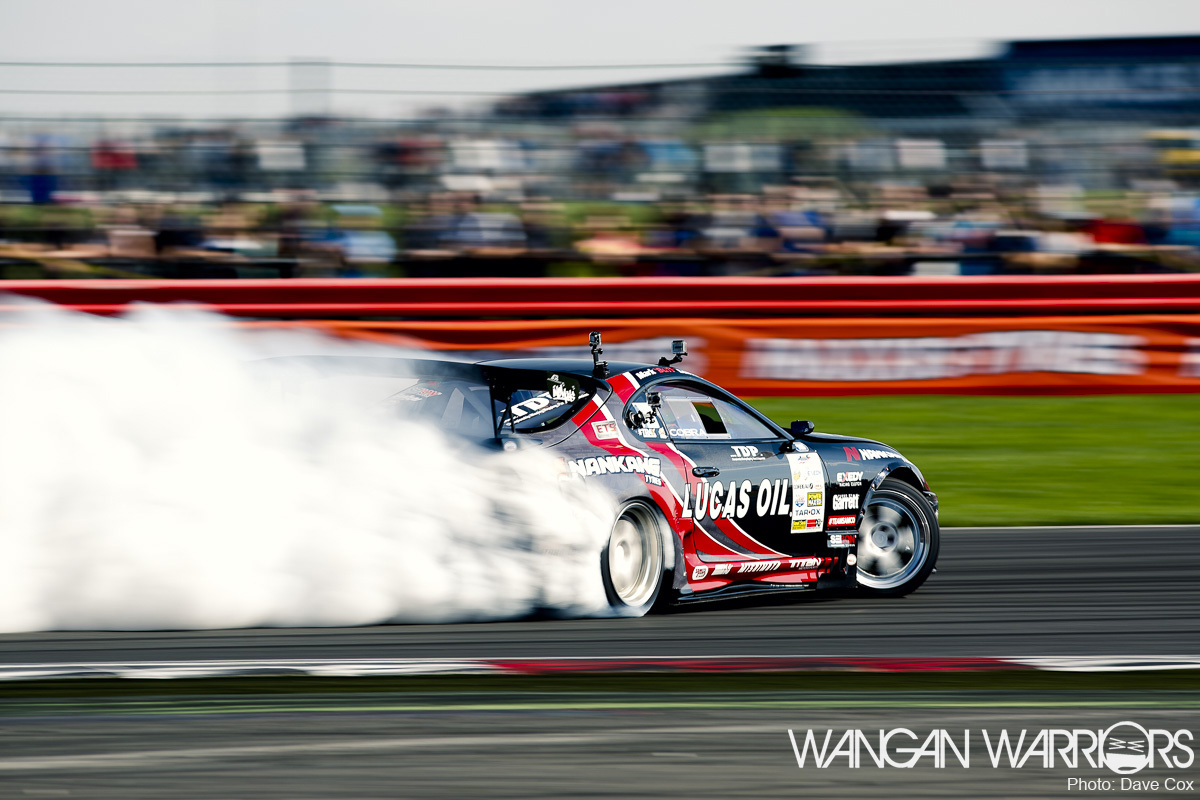 Going forward, simply put, I want to shoot more. I want to attend other events other than being so focused on drifting. I want to experience more of the car culture abroad. I would like to spend more time shooting feature cars, the few that I have done have been a lot of fun. I also find it rewarding taking the time to get to know the car. 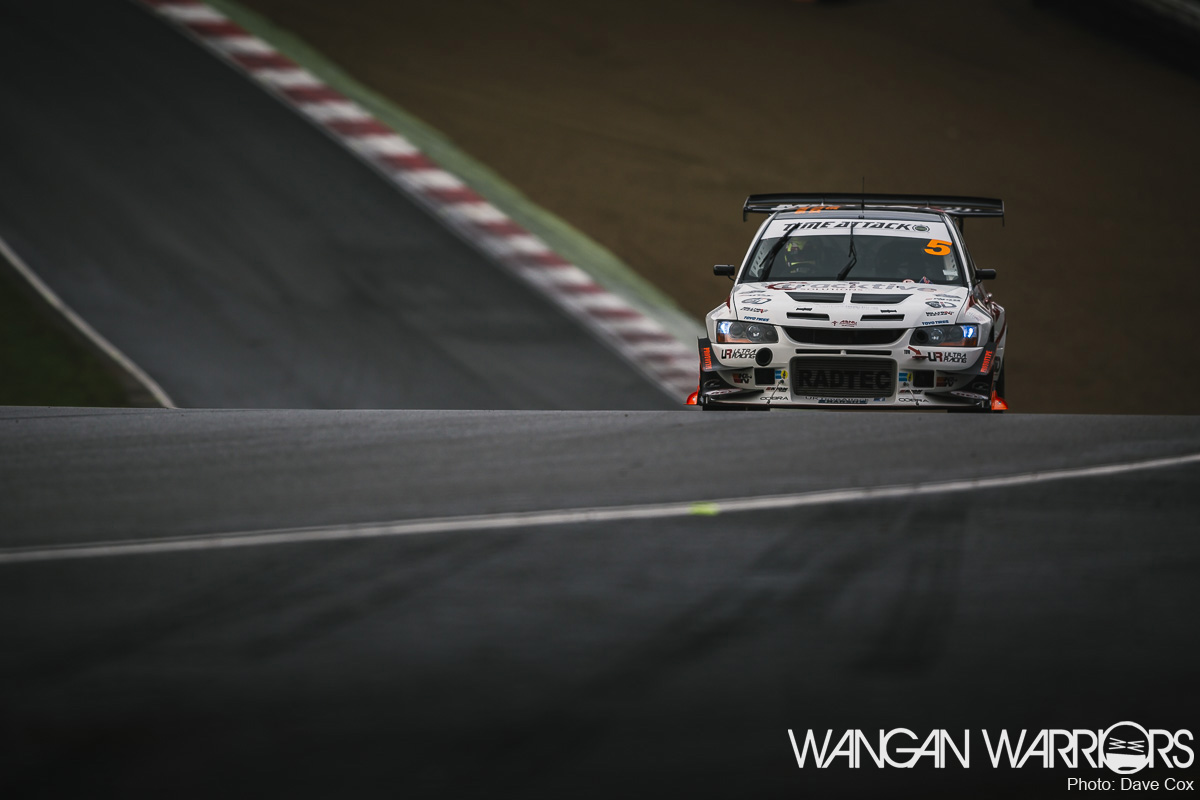 Technically, I would like to get better at story telling, and I also feel I should take advantage of the access I have more. I would like to get more portraits of drivers rather than just focusing on track side action. Sure that is where the glory is but it only tells half the story. 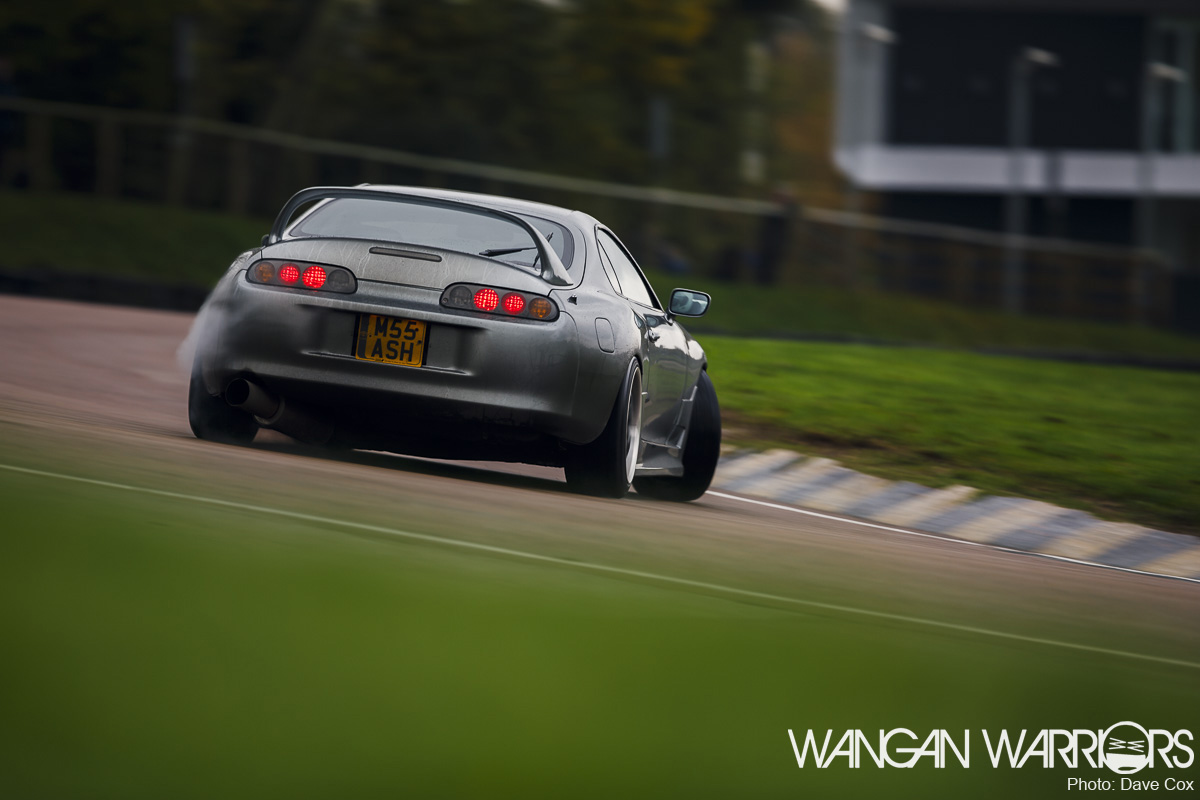 Anyway, enough from me, I’d like to thank Bill and Maurice for inviting me to share some of the limelight for a while. Cheers.