We all have goals in life right? Goals often find their origin in a dream and that’s where the idea of something you want to achieve suddenly comes to life. For many people dreams are nothing more than the word and an idea itself. Dreams do not always come true for everybody which is unfortunate of course. I have a strong belief that no matter how big the dream is, if you persue that dream with the ideas you have you will eventually reach your goal. 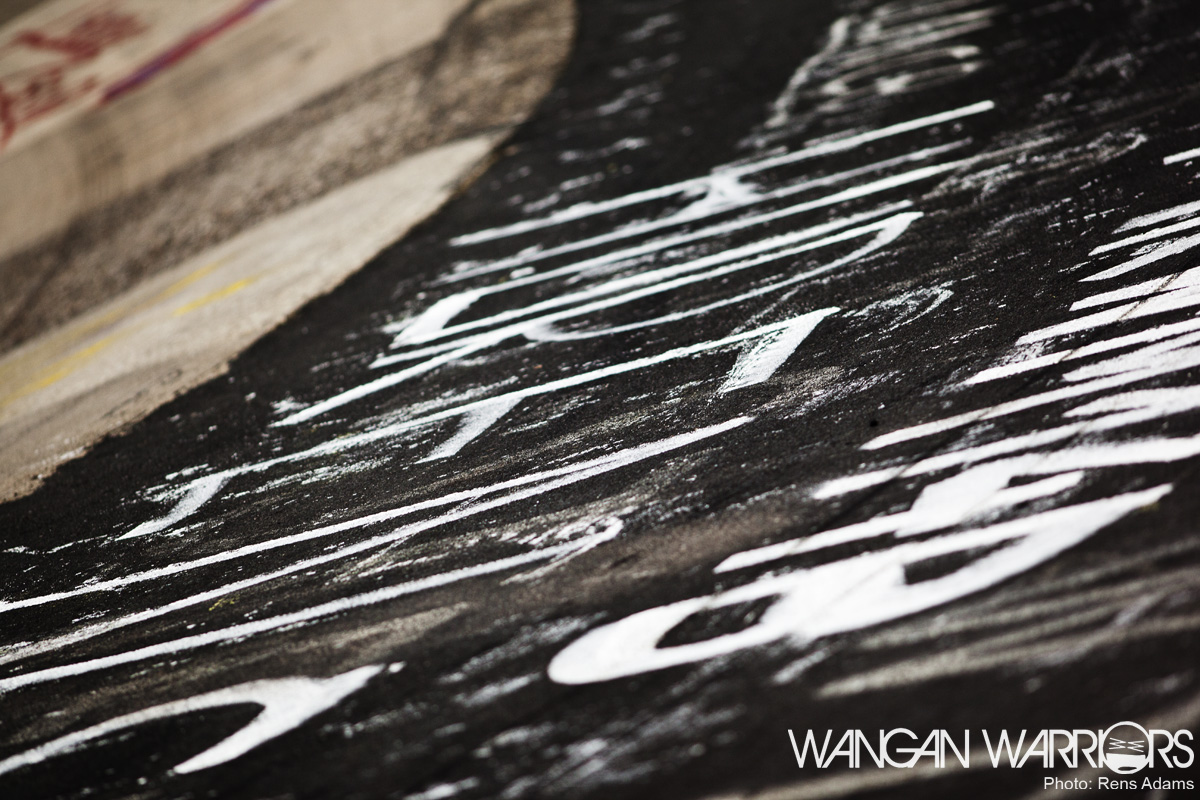 When I started messing around with a camera, about a good five years ago, there was no chance in the world I would end up making it my profession. Even though I started looking into photography studies, I honesty had no idea of achieving anything in particular. 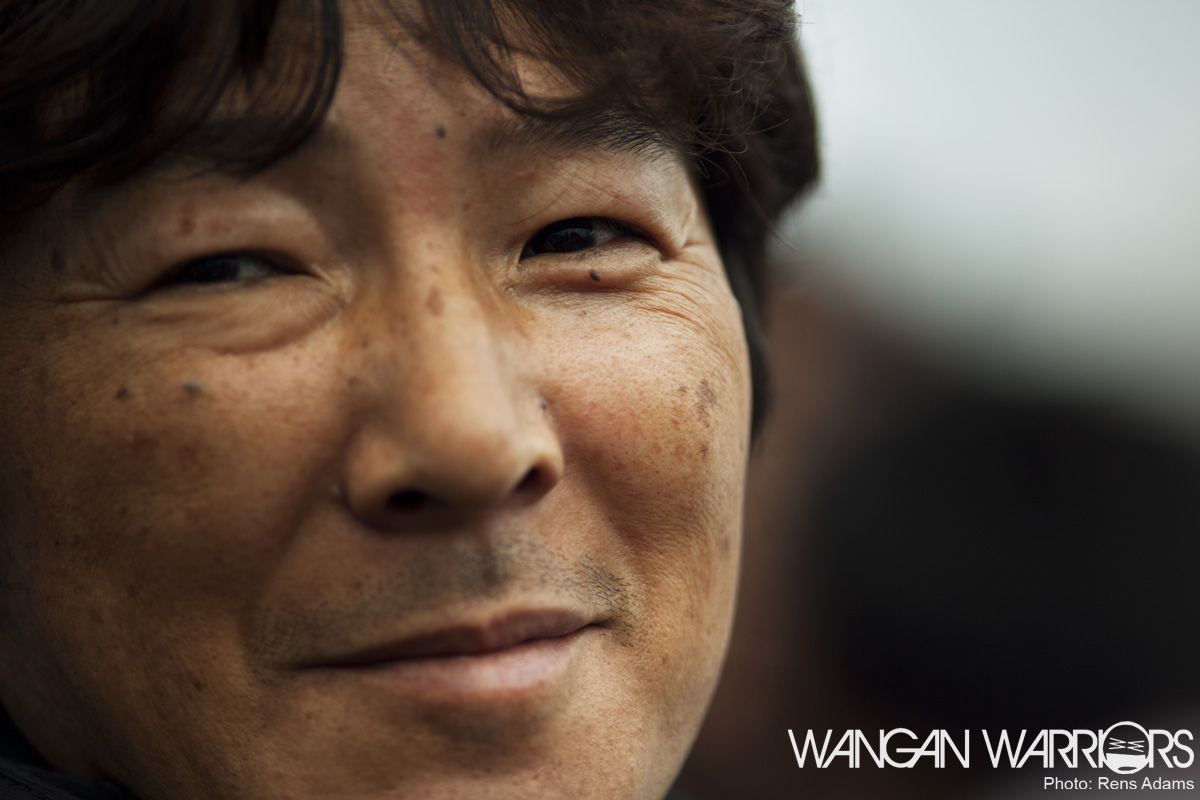 I had a dream once of shooting the N24. And for a very long time it was a little out of my league to get in there with media accreditation. However this year was different. I signed up with the idea that I probably would not be granted access because I had no real editorial order or anything. Weirdly enough the response was positive. 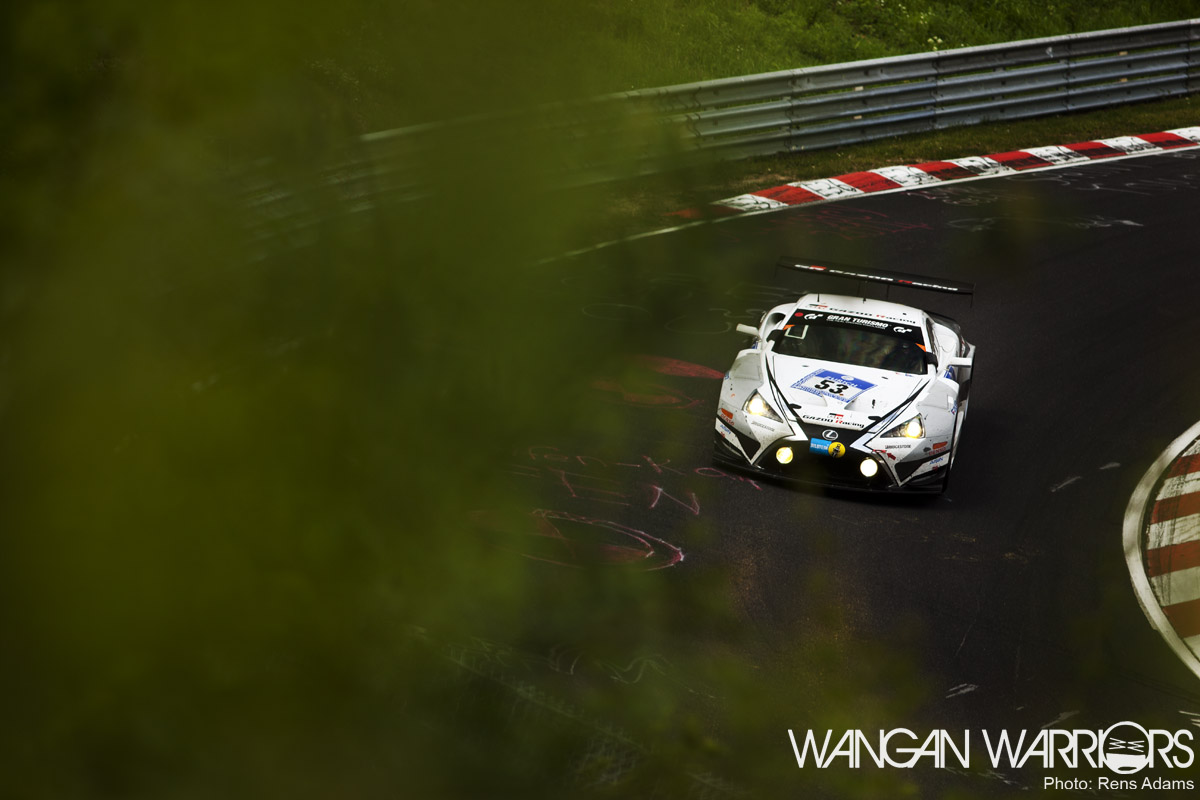 I was pleasantly surprised but I knew the 24h race would take place in a very busy week for me. I had to shoot a wedding the day before and had to be back at my regular day job studio on Monday morning so it would be around 14 days straight ‘work’ with a 24h no sleep marathon in the middle. Sounds like fun, right? 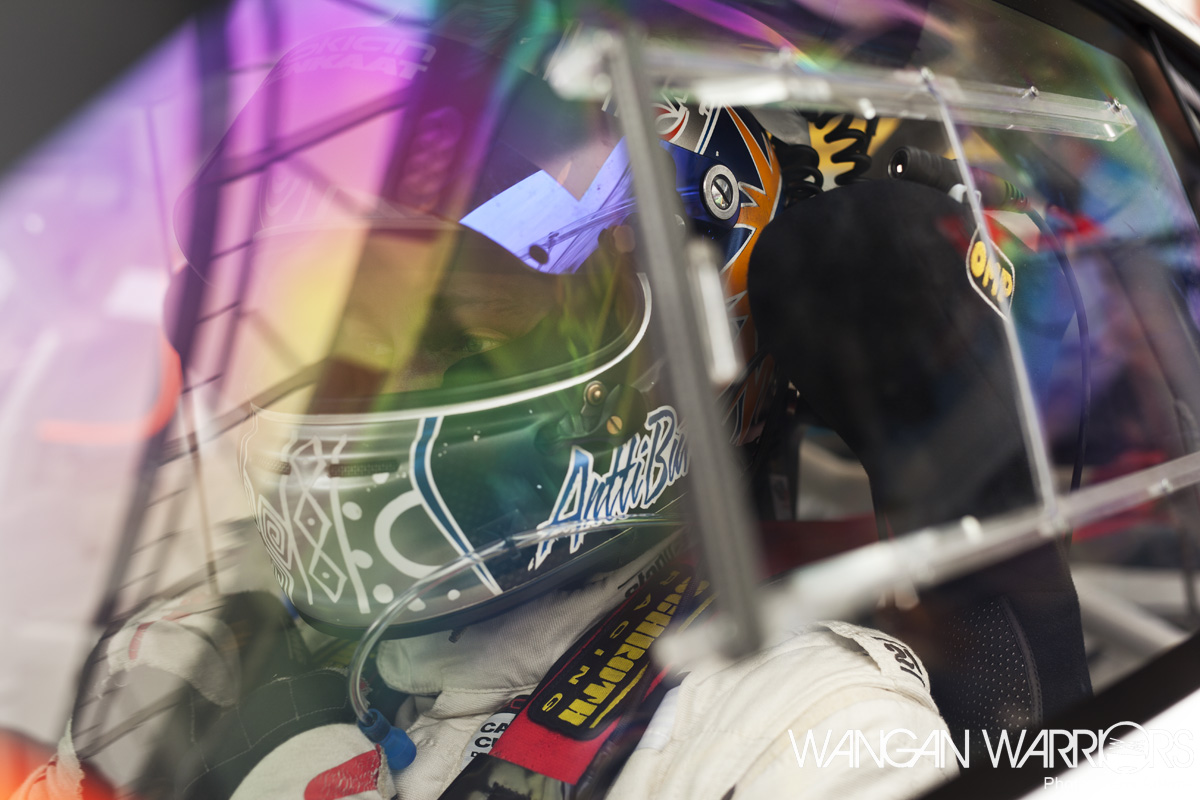 This is a dream that became reality and I couldn’t believe it until I was standing trackside and it was even more epic and unbelievable than the dreams and ideas I had of the event. 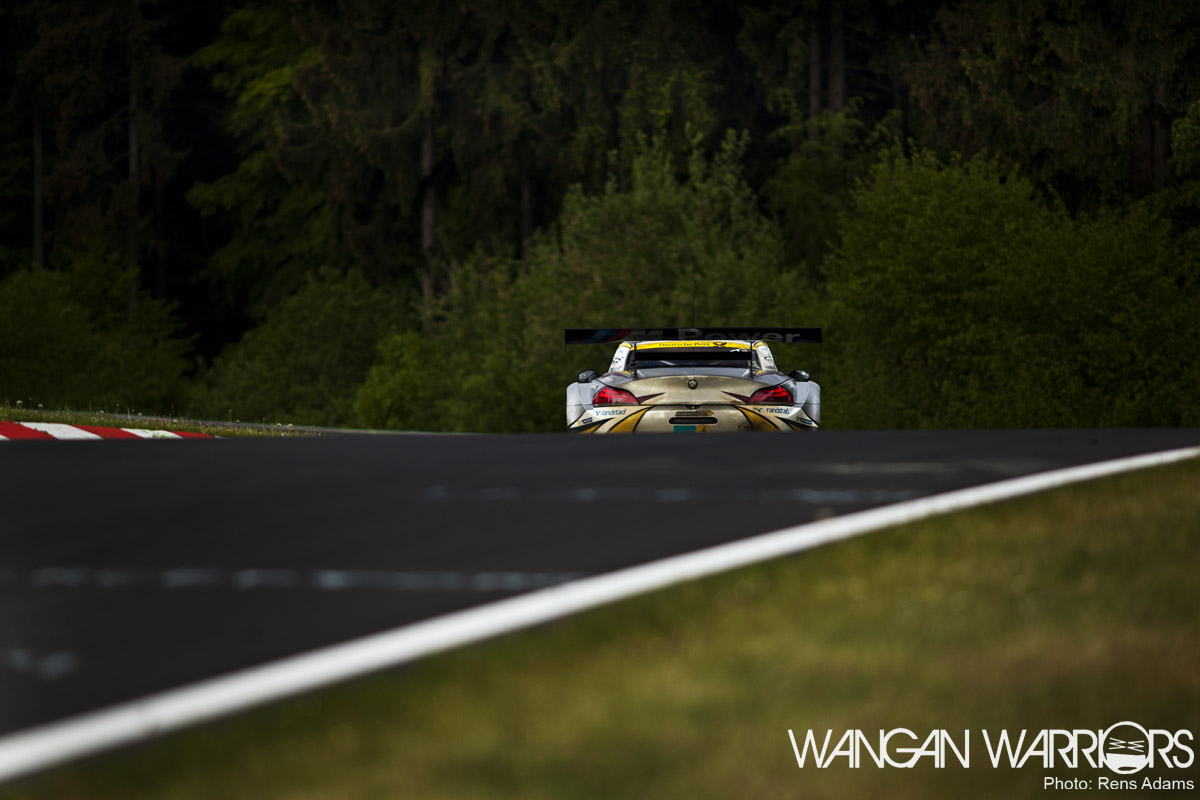 Of course all of you know that the Nürburgring is no strange place for me anymore. I’ve been there more than I can count and there is probably very little for me left to discover. 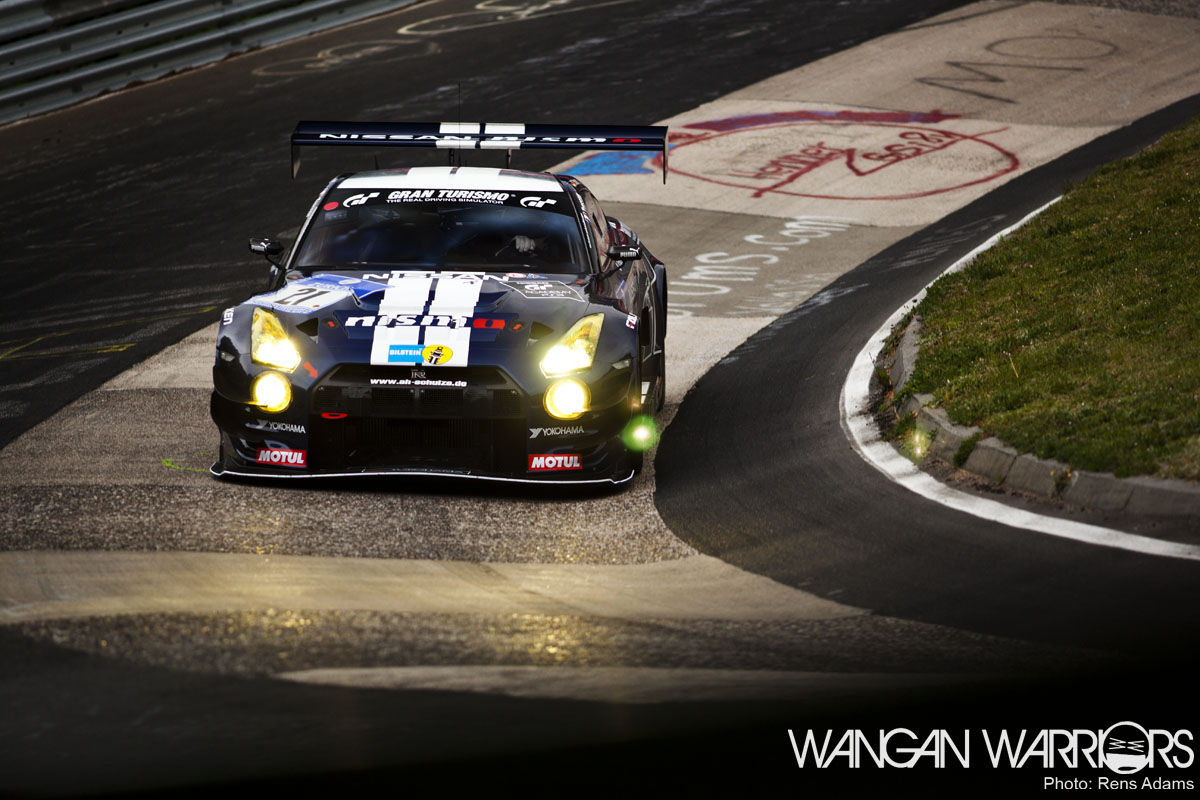 However, a race like the 24h is a real eyeopener because you’re absolutely not in charge of anything. You’re following strict media guidelines, you’re constantly moving around, looking for the next spot to shoot from and you’re hoping the weather is playing nice during the time you’re trackside. 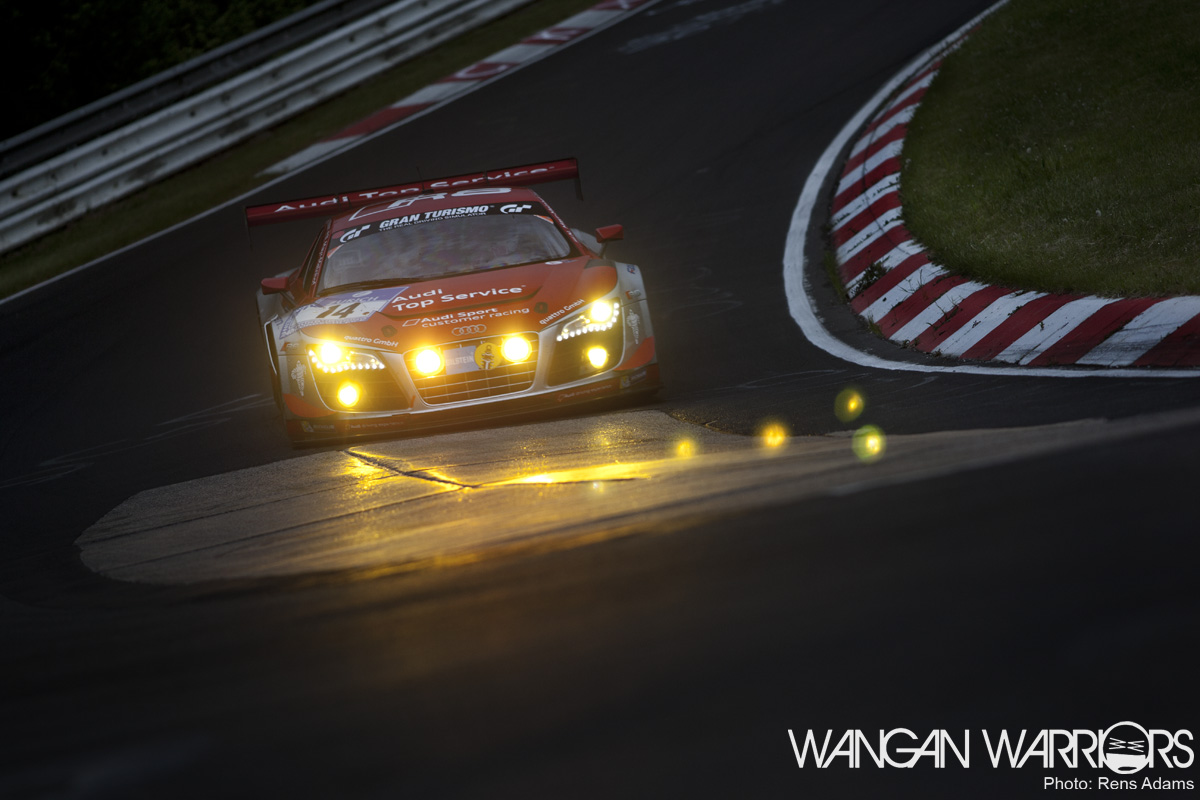 A little while before the race my good Swedish friend Arslan from Club JDM Sweden had the bright idea of asking me what I thought of shooting the event for Speedhunters.com. Since he’s been working for the website he’s able to suggest ideas to the website editors and luckily we managed to go through some ideas for the coverage. 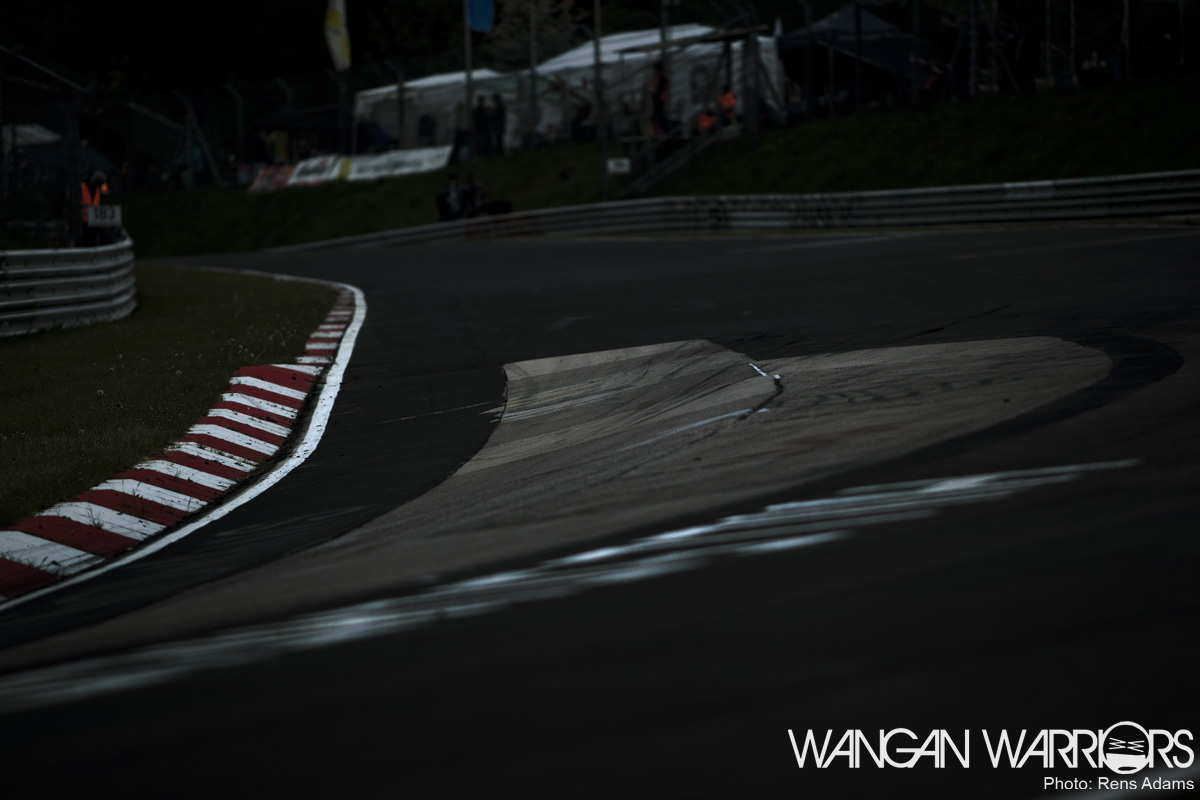 So another exciting prospect to look forward to was quite a pleasant surprise. It didn’t really change anything in my approach of the race so it was business as usual but this time on a bigger level. 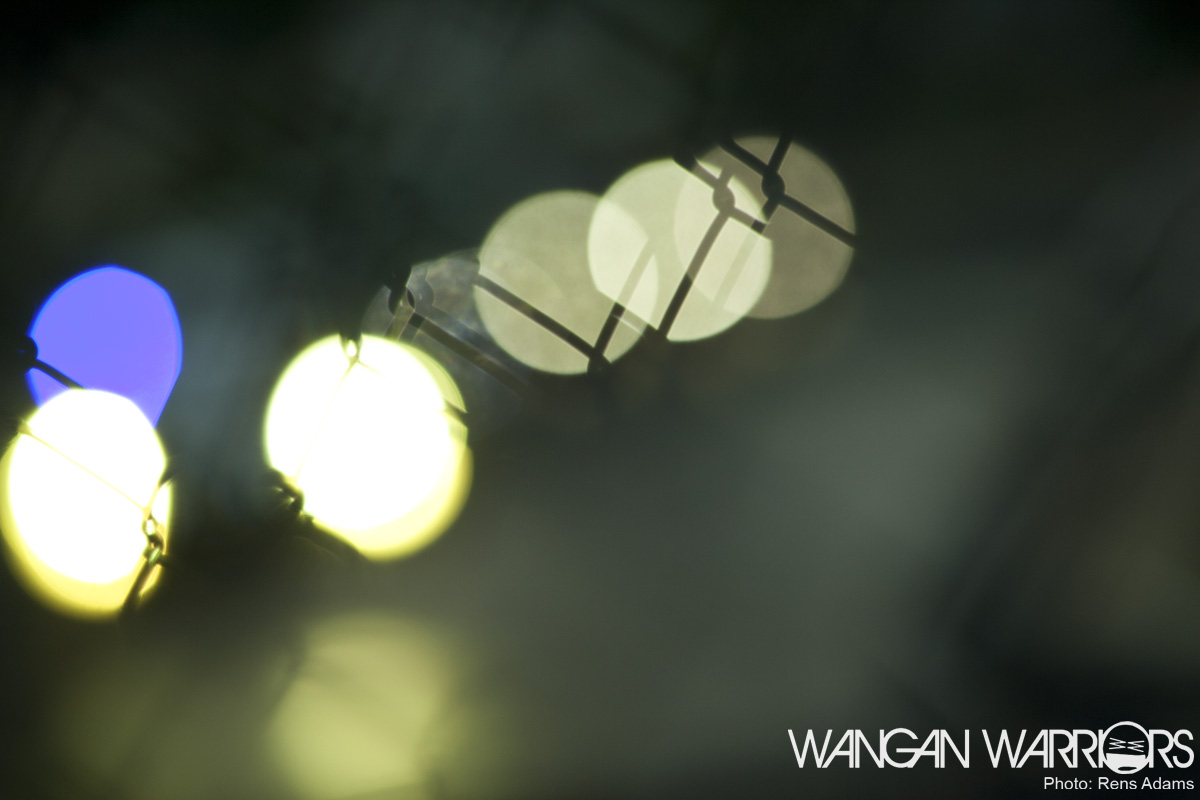 I’ll admit that I was a little uncertain about the night of the race. I wasn’t too sure if I wanted to go to sleep or if I would simply stay awake and see if I could get some nice results with no light available. 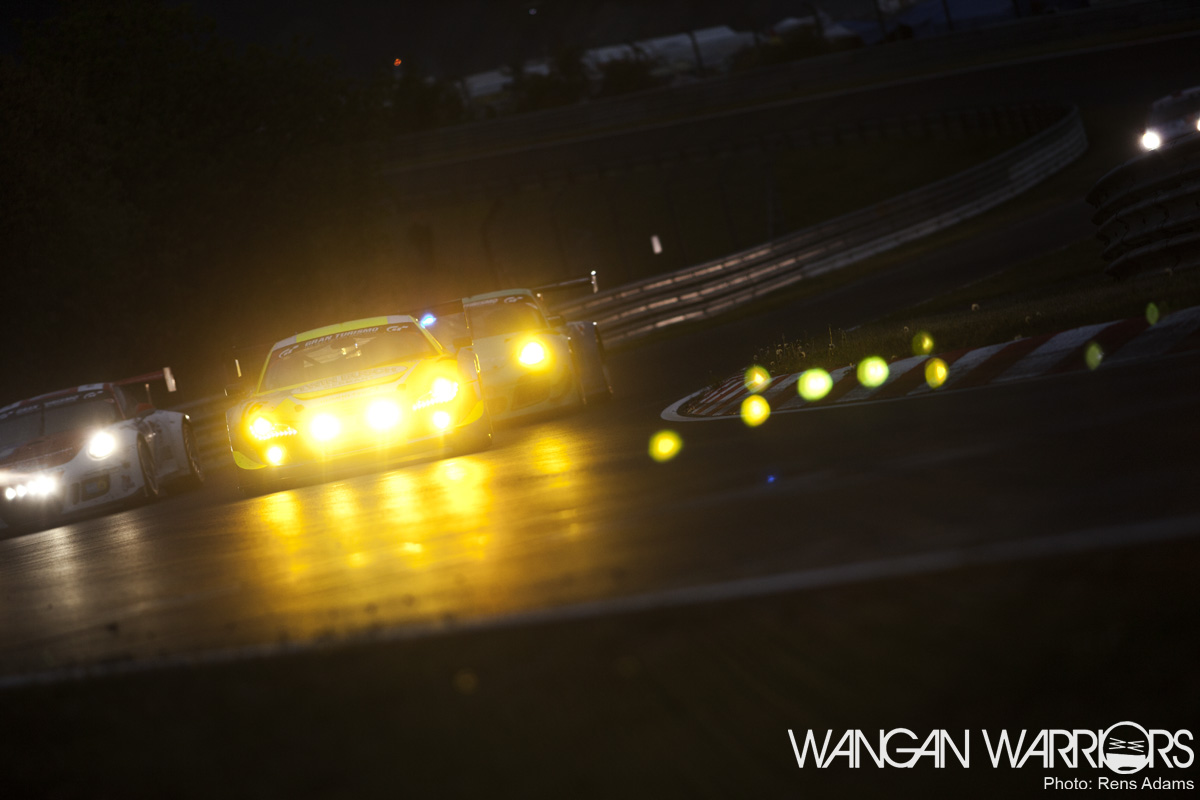 It was fun how the marshals tried to see what you were doing because there were barely any photographers trackside during the night so when they spotted me they were probably thinking what I was doing. After a short lesson of photography in my best German they were pretty surprised what modern technoligy is capable of. 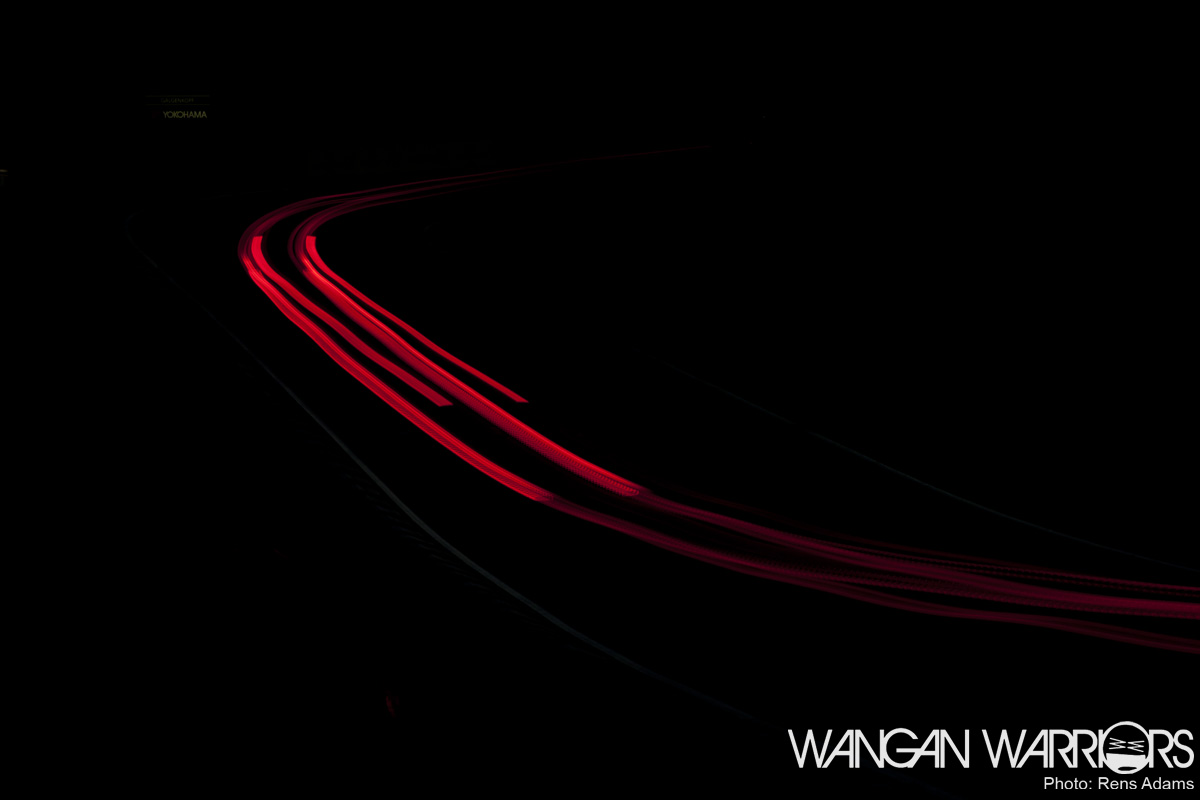 Needless to say I know my way around my camera these days but there is always room for improvement and experimentation. I wanted to keep these shots as dark as possible and use a very short shutterspeed just to highlight the breaking patern before turning to Döttinger Höhe. 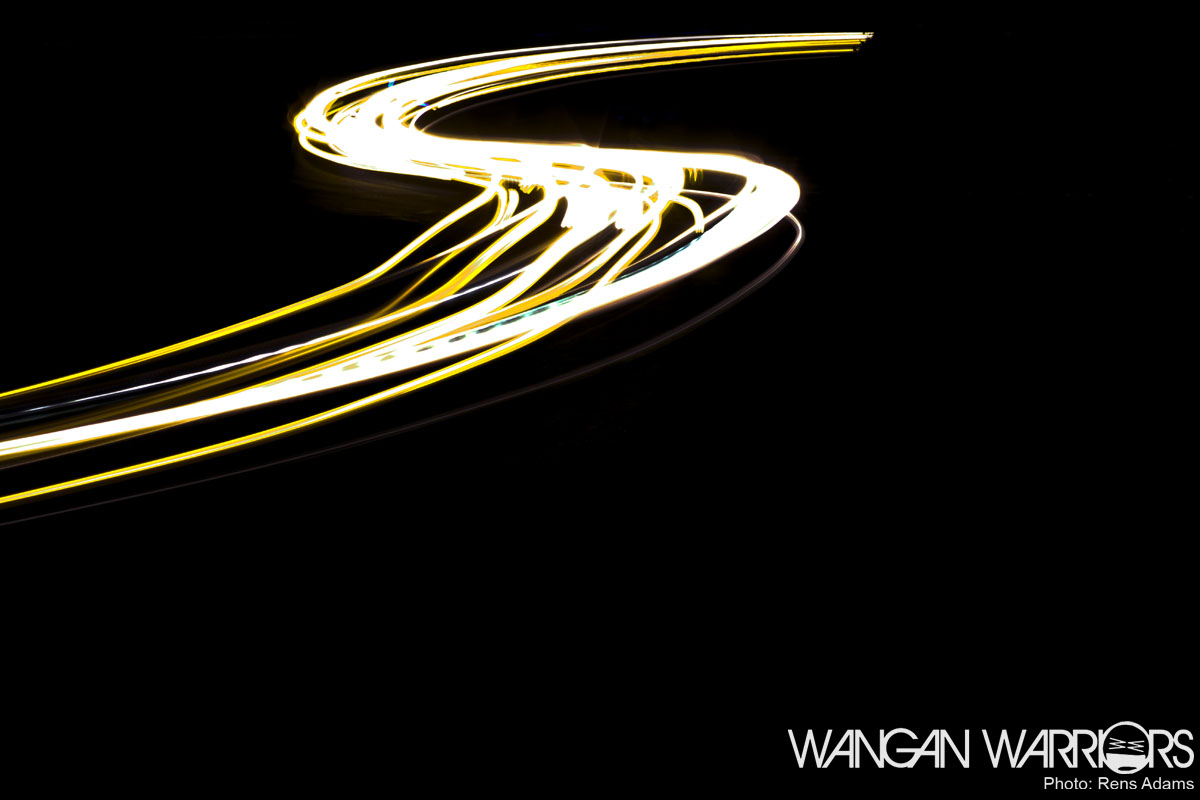 With cars moving from you it’s much easier to get clean light trails but with cars approaching it’s a different story. Everything brightens up so I timed my shot wisely to get just the enough amount of light to keep the shot abstract and without too much distraction. 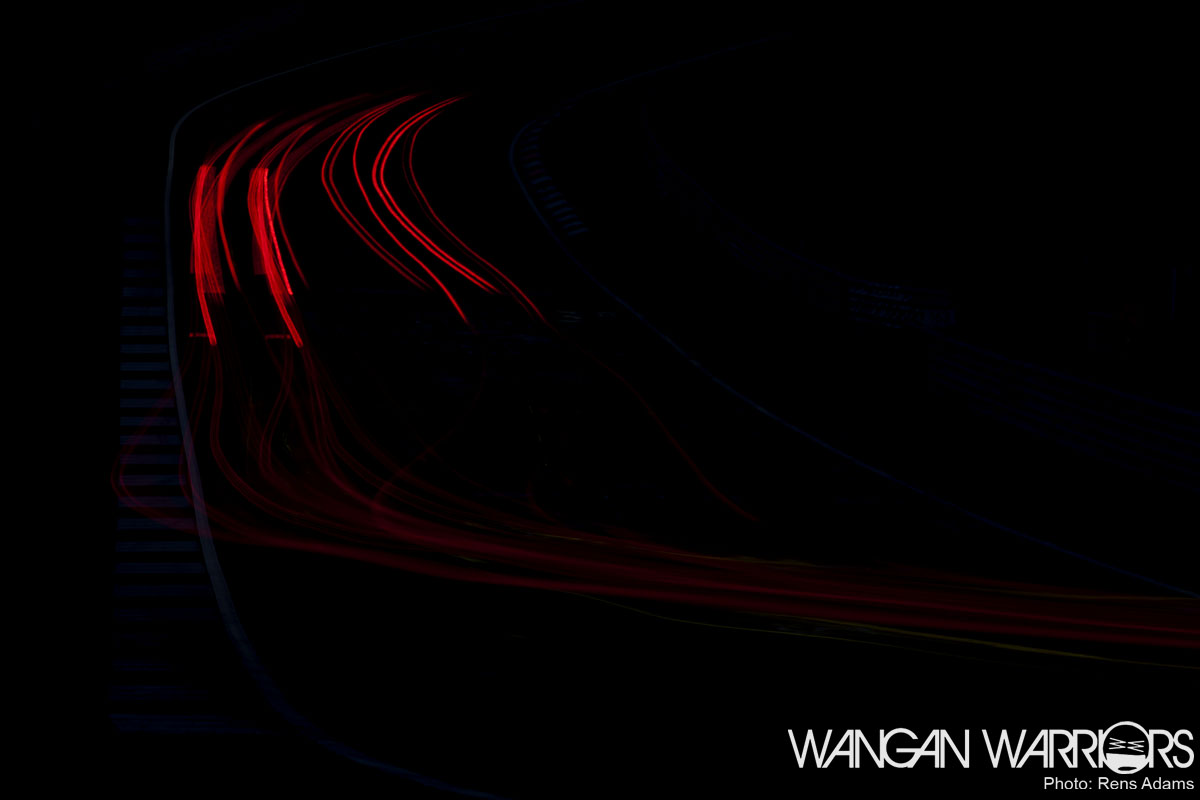 After I spent a couple hours at the media center I thought it was time to go back trackside because I couldn’t get enough of the light trails. I drove to Brünchen to get an impression of that side of the track. 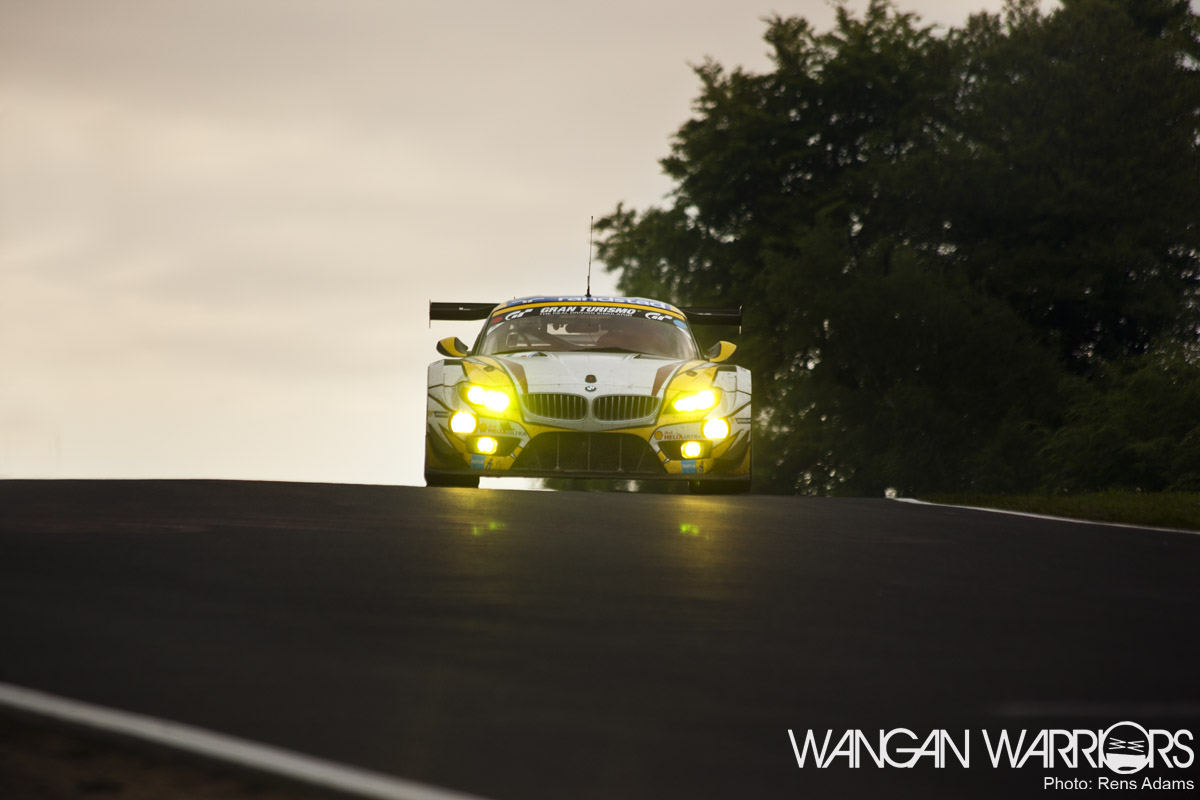 When the sun started to rise I started hiking to Pflanzgarten and dicovered a couple photo spots I didn’t know. I was surprised my fatigue wasn’t kicking in yet and I actually felt quite fit and energetic. 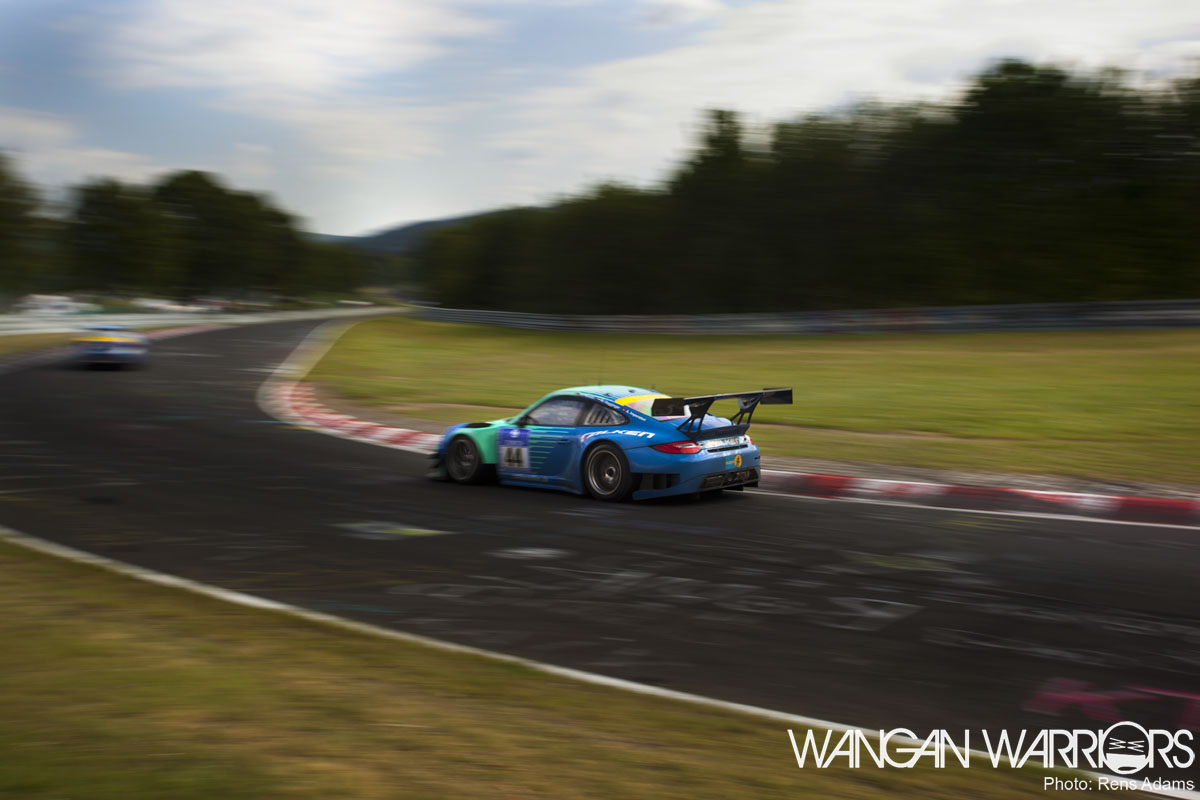 I drove to Adenauer Forst and enjoyed the first warm sunlight because the day before was pretty dark the entire time. I sat down in the grass next to the track and started reflecting a little on what I’ve been experiencing lately. I’m fully enjoying what I’m doing these days. I can’t put it any other way. 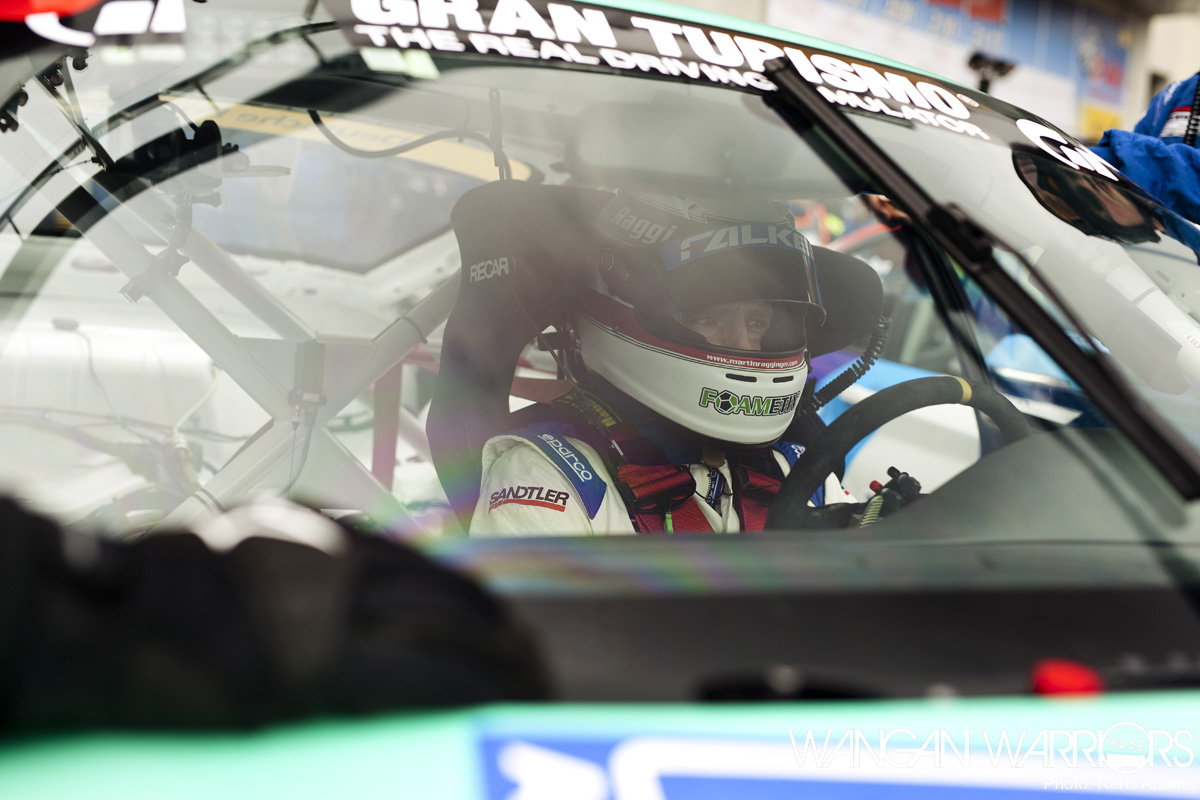 It was sad to think that it was almost over and I couldn’t picture it any better than the way I experienced it. I decided to go to the race on my own just to concentrate and focus on my photography instead of bothering where everybody was going. 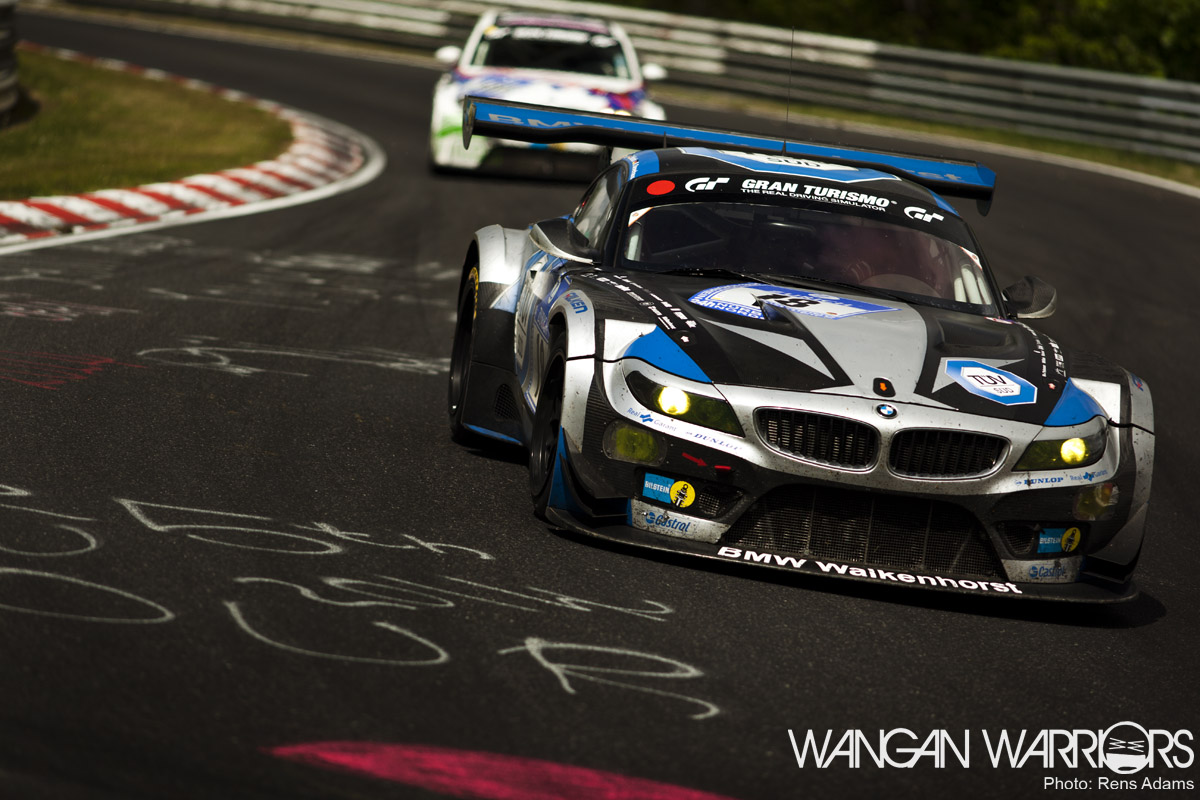 It was good to catch up with a couple old friends who were trackside as well and meet some fellow photographers during this weekend but there is just this way of me functioning better on my own. I love the entire camaraderie at this endurance, there is nothing wrong with being there alone because you’ll mingle pretty quick with everyone. 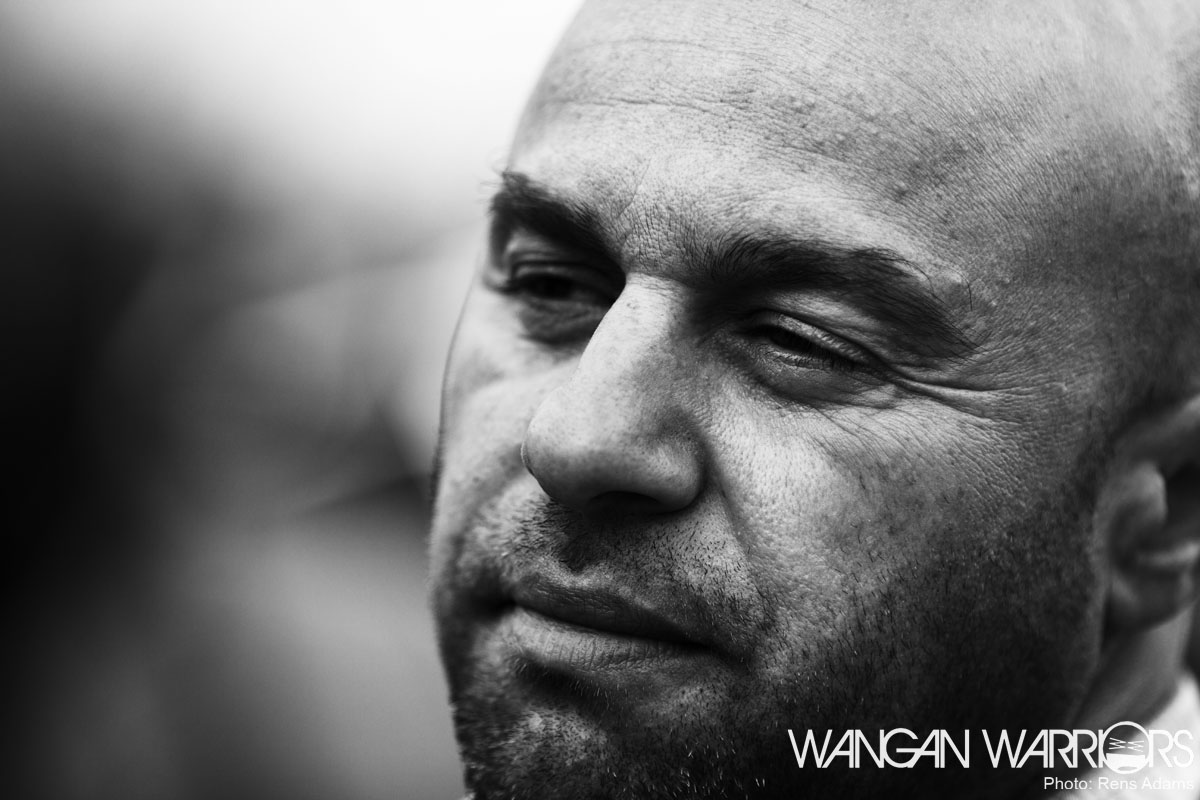 I was exhausted, satisfied, hungry, thirsty, my feet and neck hurt, and after a good 34 hours the fatigue started to play a role as well. I was sad and happy it was over because it was an experience of a lifetime. I’m looking forward to the next N24 already and I don’t think I’m going to do it any other way than I did this time.

I love the Nürburgring!