It’s a shame that I don’t attend various events that often anymore. Not that I’m not interested in them but my motivation to be on the road and driving to many places eased a lot over the past two years. Every once in a while I do decide to behave a little different and I go on a little impromtu trip. When I found out that the ‘Dropped’ event was taking place near my home, it didn’t take me too long to decide to go over and have a look. 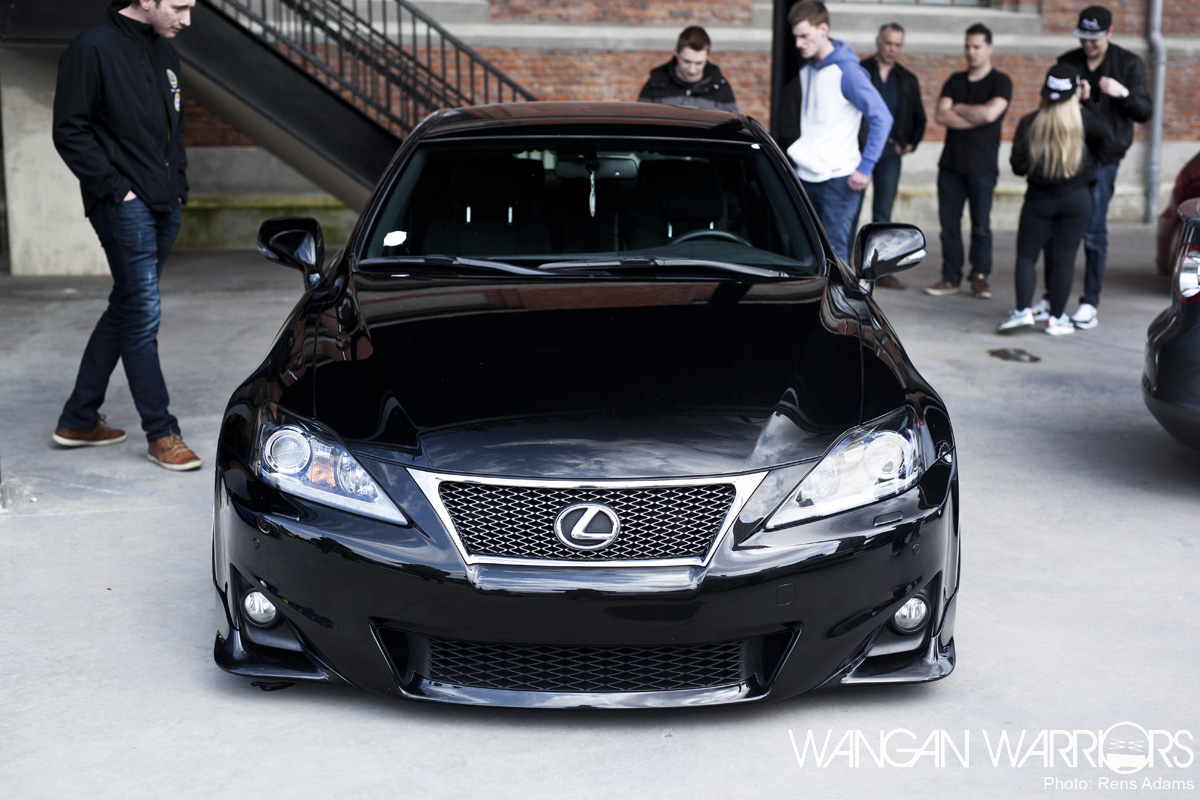 I contacted our video guru Antonis to see if he was up to come along to check out the event. The next morning we drove to Belgium to see what this event was all about. I asked a couple friends what I could expect and if there were a decent amount of Japanese cars expected. 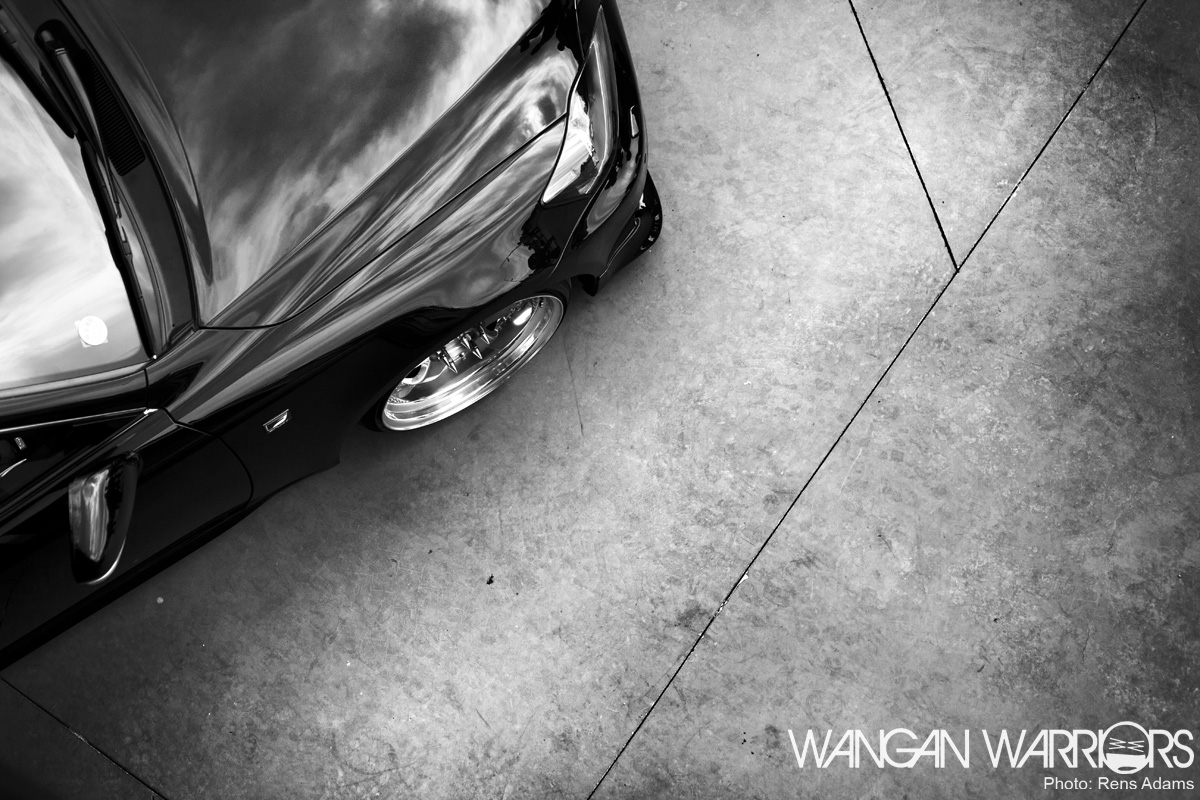 Not long after we arrived at the event it became pretty clear that this was quite the VAG party. Not in the wrong sence of the word but there was a serious lack of Japanese cars for my taste. And in the end we were out on a hunt for this website called Wangan Warriors so you get the point.

Of course there are always a couple cars that stand out. I recognised this Lexus from our first WNGN event and probably because I don’t go to many places anymore, I sort of lost track of this IS250. It was good to see it again in the wilderness. 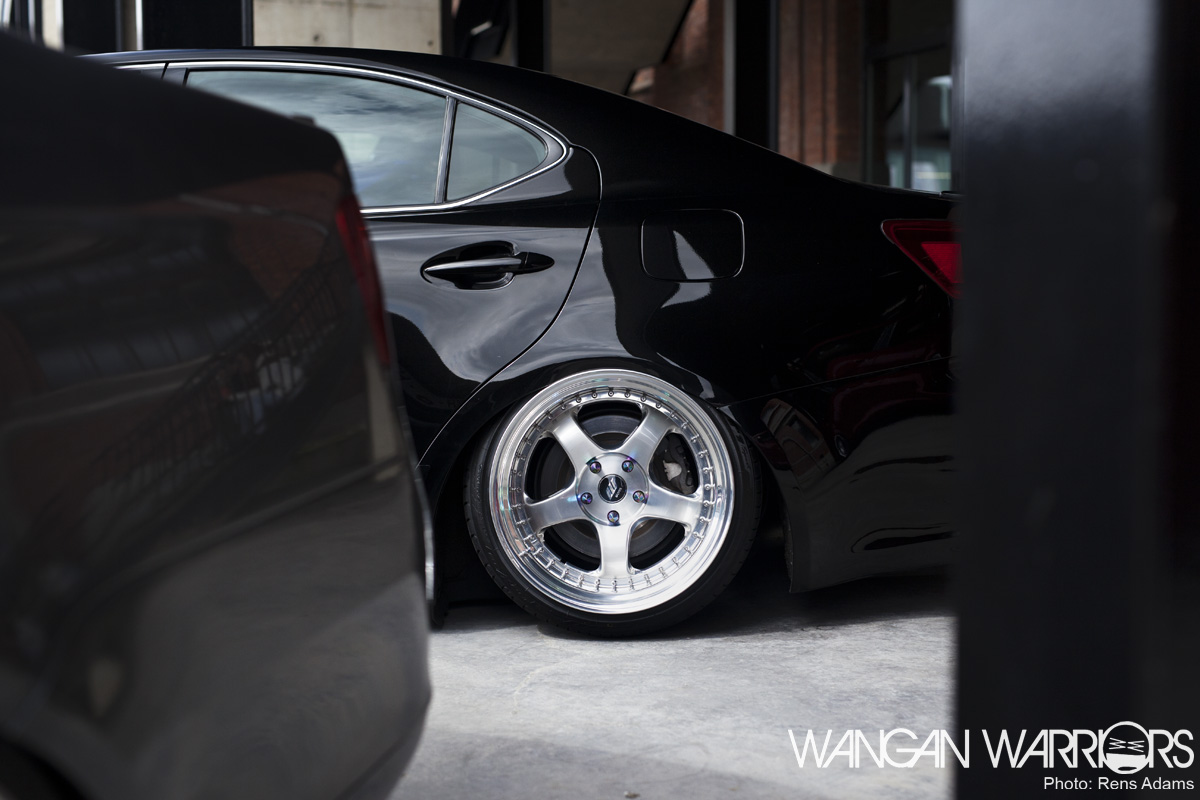 You couldn’t ignore this gorgeous appearance when walking around at the event and there were only a few people who were NOT pointing their phone or camera in the direction of the IS. I even had a hard time shooting the car without too many people around it. 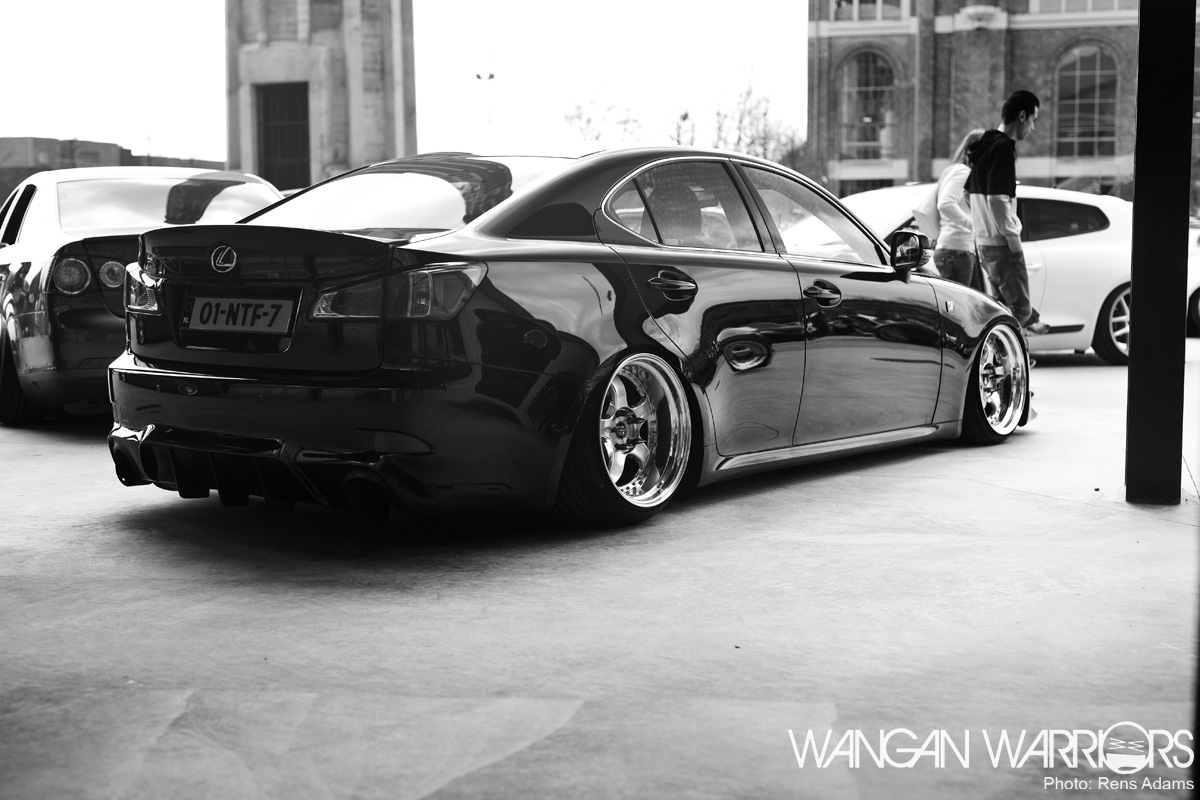 I do prefer the raw street style look of certain Japanese cars in our scene. I myself am not much of a person who likes to polish wheels, wash cars with all sort of protective wax layers and maintaining it throughout the season. But I can’t ignore the fact that this is sort of getting to me these days and leaves a good impression. 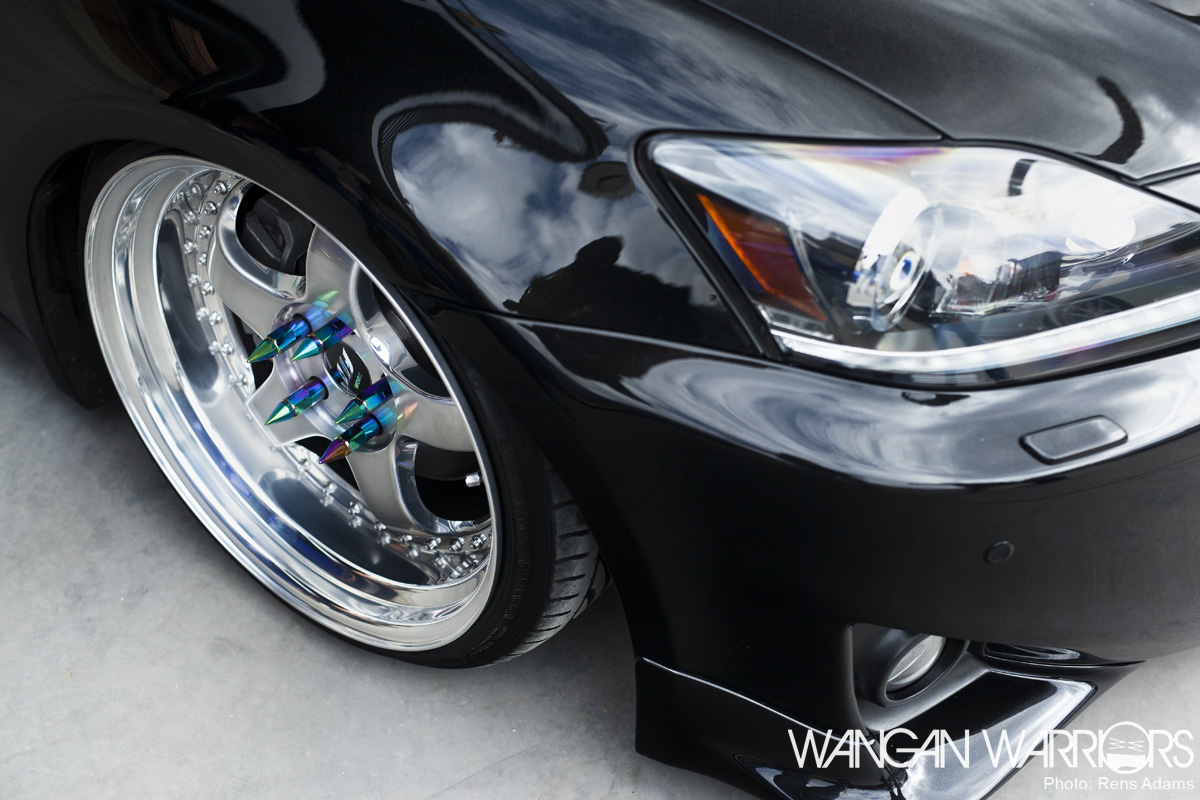 The phrase ‘shoes make the man’ absolutely applies here. I would never go for a prominent colour choice for these wheels. This has a bussinesslike and mature charisma that fits the car. 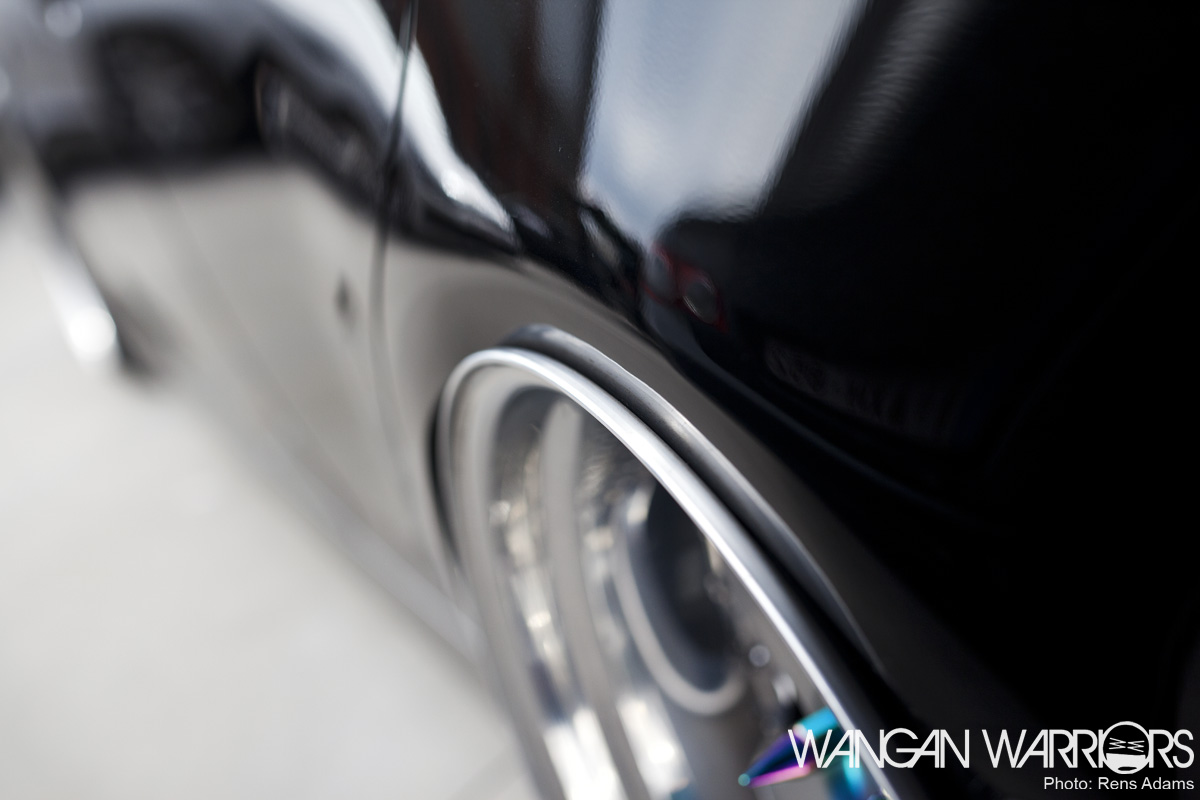 I thought it would be the right thing to do to pay a little attention to this car in this short spotlight article. Just to realise that I need to do these unplanned trips a bit more often because I kind of missed it. 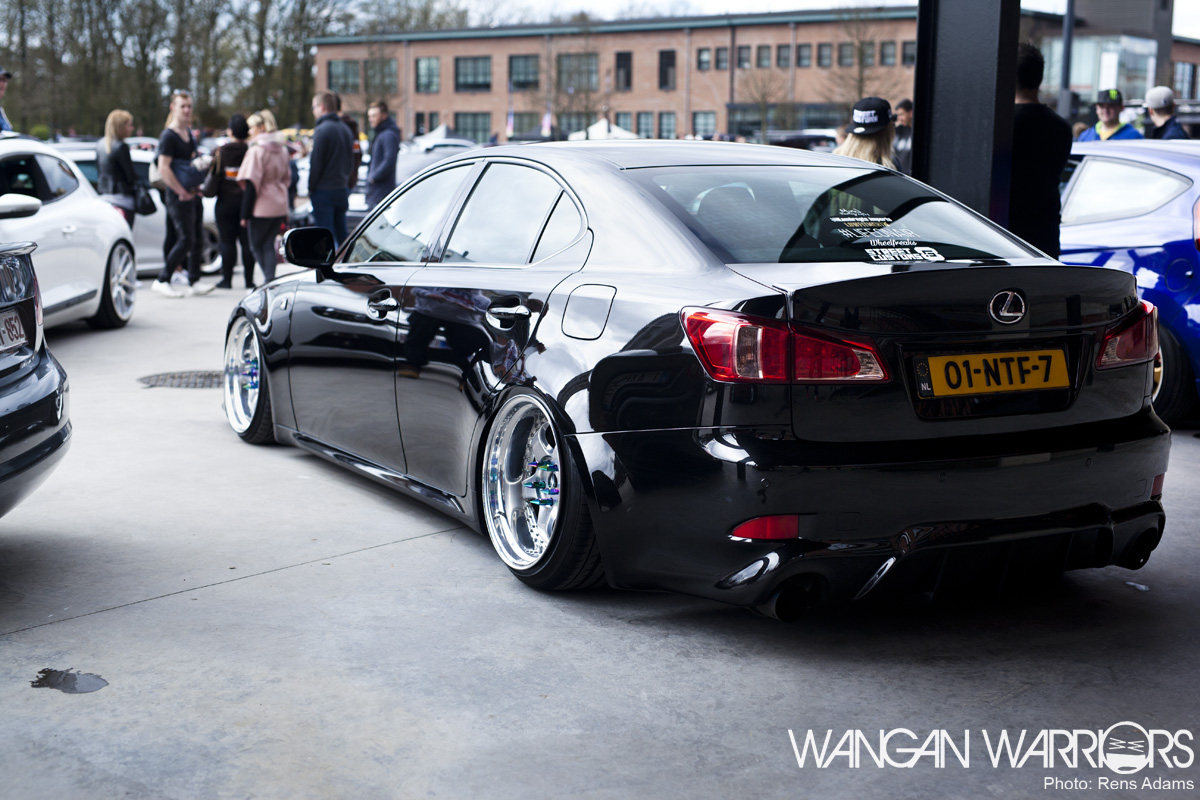 There was another eyecatcher present at the event which is basically the complete opposite of this VIP saloon. I’m still deciding if I’m going to do a short spotlight article on that car as well or if I’m visiting the particular car in its hometown for a proper car feature. Stay tuned!