WNGN Guests is a series of guest articles from talented photographers who deserve some attention on Wangan Warriors. Today we’re crossing multiple oceans to find the next talent who will tell us about his adventures in Australia, Japan and the US. Go for it, Taylor!

Hey guys, my name is Taylor Wright and I’m 21 years old from Australia. I run Brokenimage.com.au shooting photos and videos in Australia and around the world, and I can’t get enough of travelling and meeting interesting people! 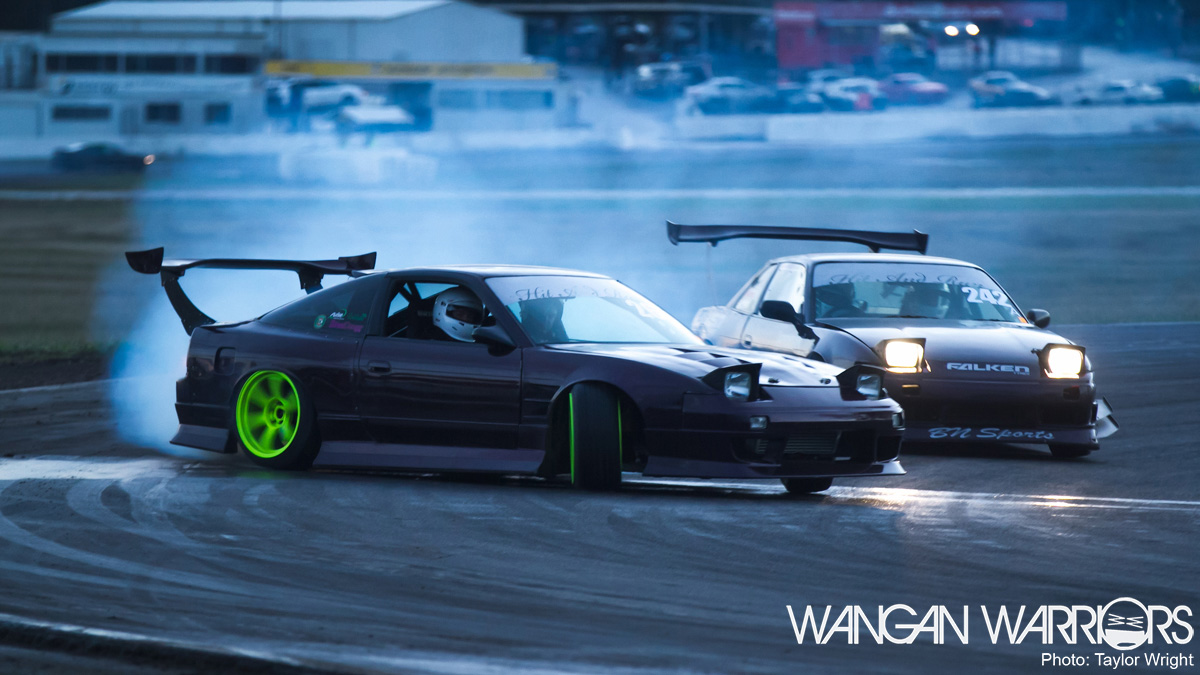 I was first introduced to Wangan Warriors through Flickr, I somehow found images Bill had shot and started following him. It’s crazy how tightly stitched the automotive community can be these days. 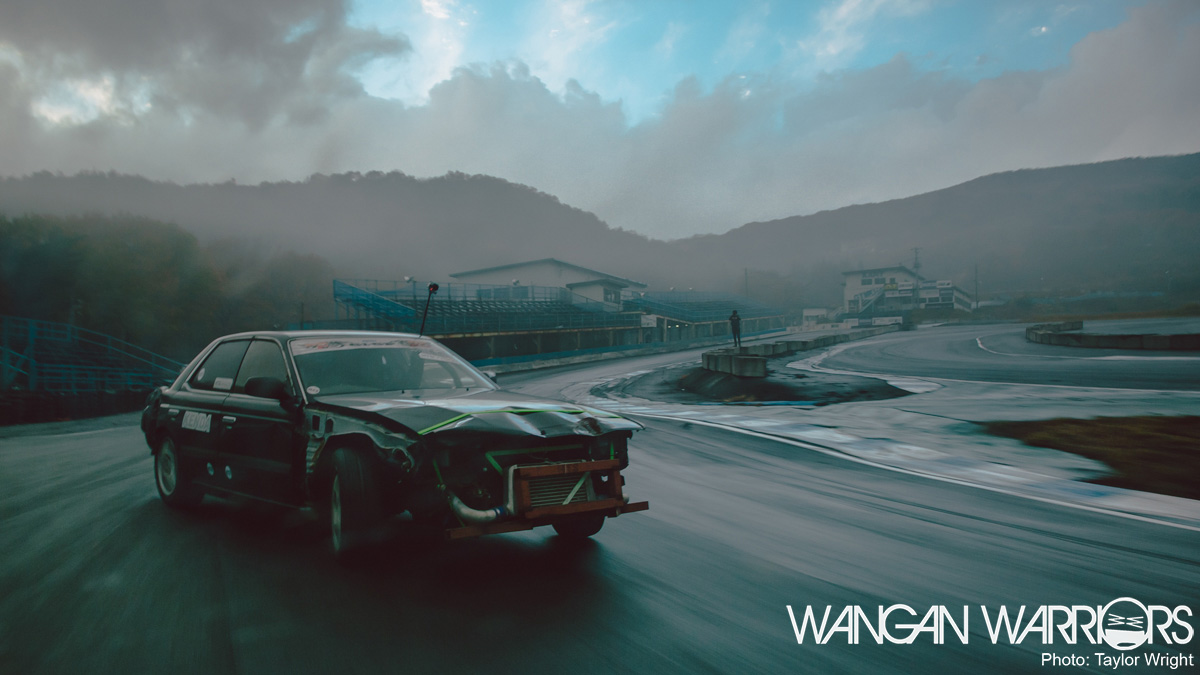 The thing that grabbed my attention about Wangan Warriors is how they do things, I am a sucker for clean, crisp and simple! I love the images the guys produce and most of all their style. 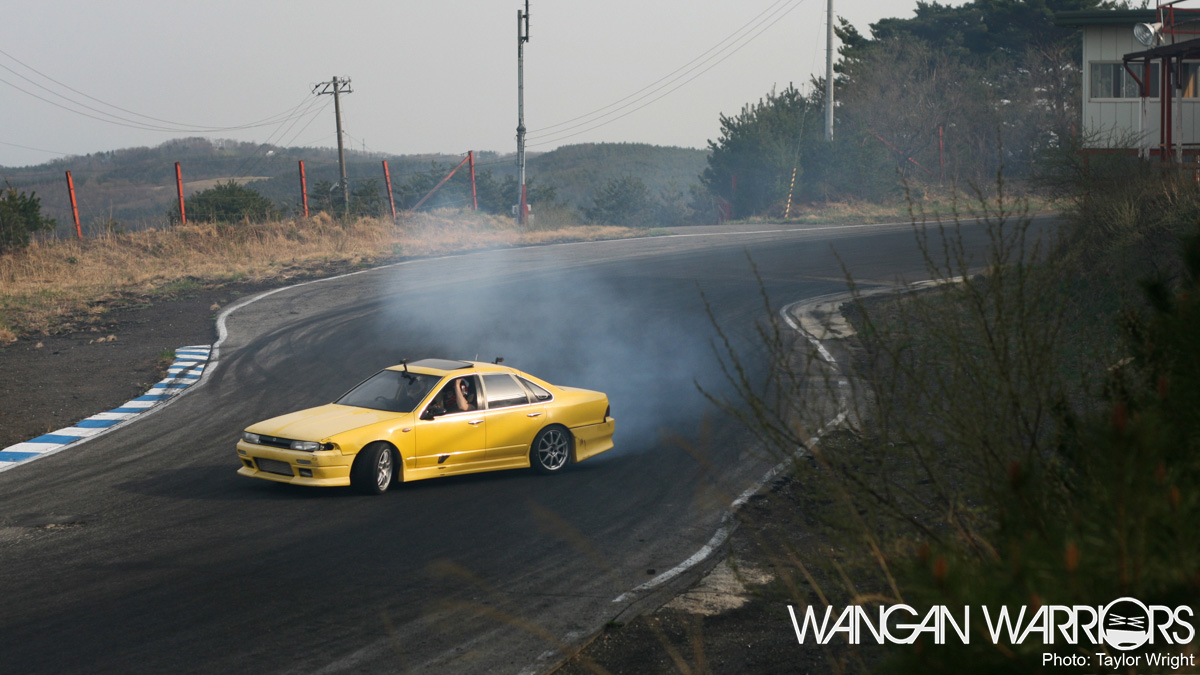 I started shooting photos when I was 15, I saved up and bought a Canon 400d which I had no idea how to use at the time. I quickly started to learn after researching all the basics and then kept my camera on manual mode for years. I somehow overlooked the priority modes, which my New Zealand friends kindly taught me only last year! I was blown away to say the least haha. 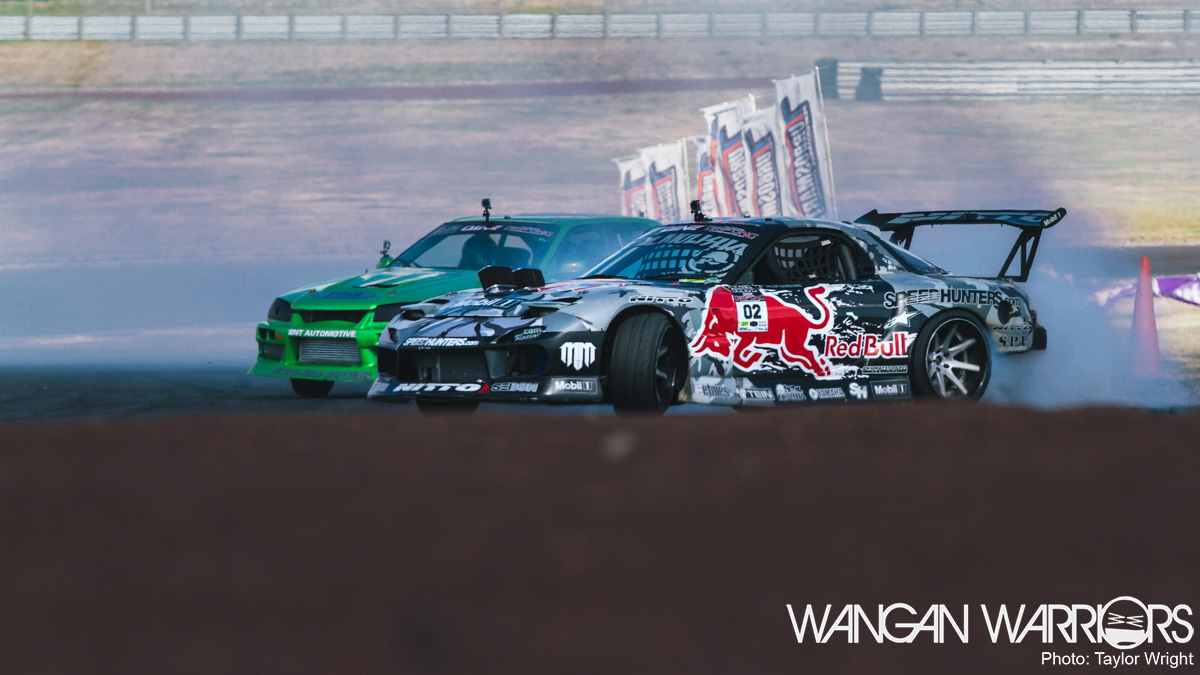 Mad Mike being chased down at Taupo, New Zealand

I first took an interest to the automotive scene in 2011. My friend Brodie Moore competed in the local drift series here in Tasmania. This lead to me getting a passenger ride in his mental SR powered AE86 and I was hooked. Since then I have travelled to Japan with Brodie five times, shooting and drifting my missile R32 Skyline at Ebisu Circuit. 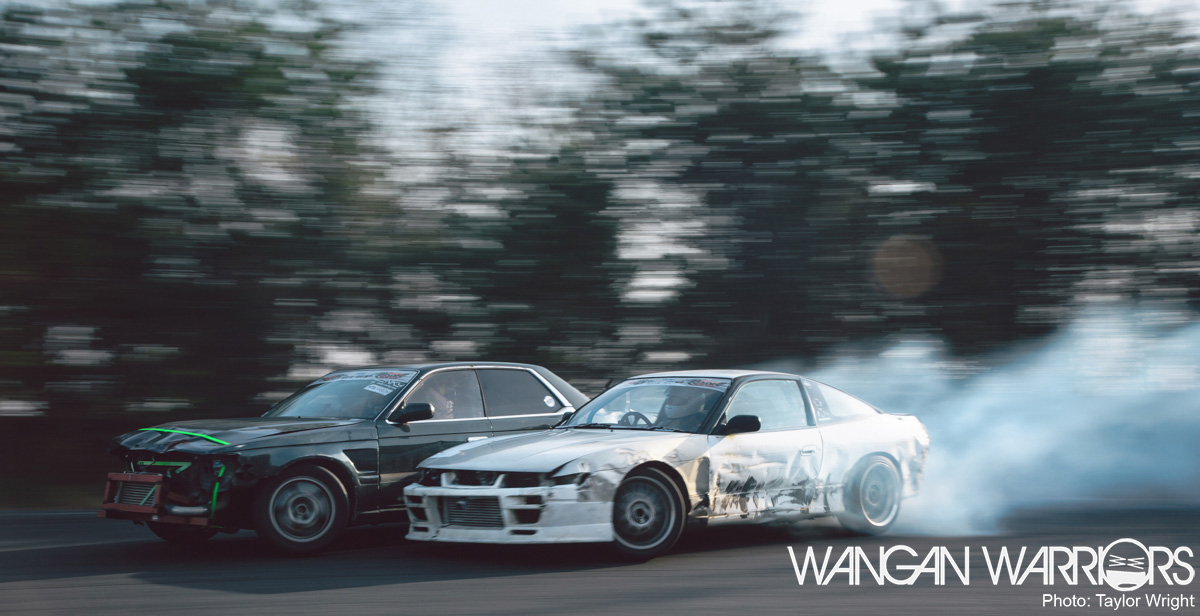 Brodie chasing Brendan in his Sil80 in Japan

My passion besides shooting photos, videos and travelling is driving. I have been drifting since 2012 in Australia and Japan, when I’m not running around with my camera I’m usually behind the wheel having fun. 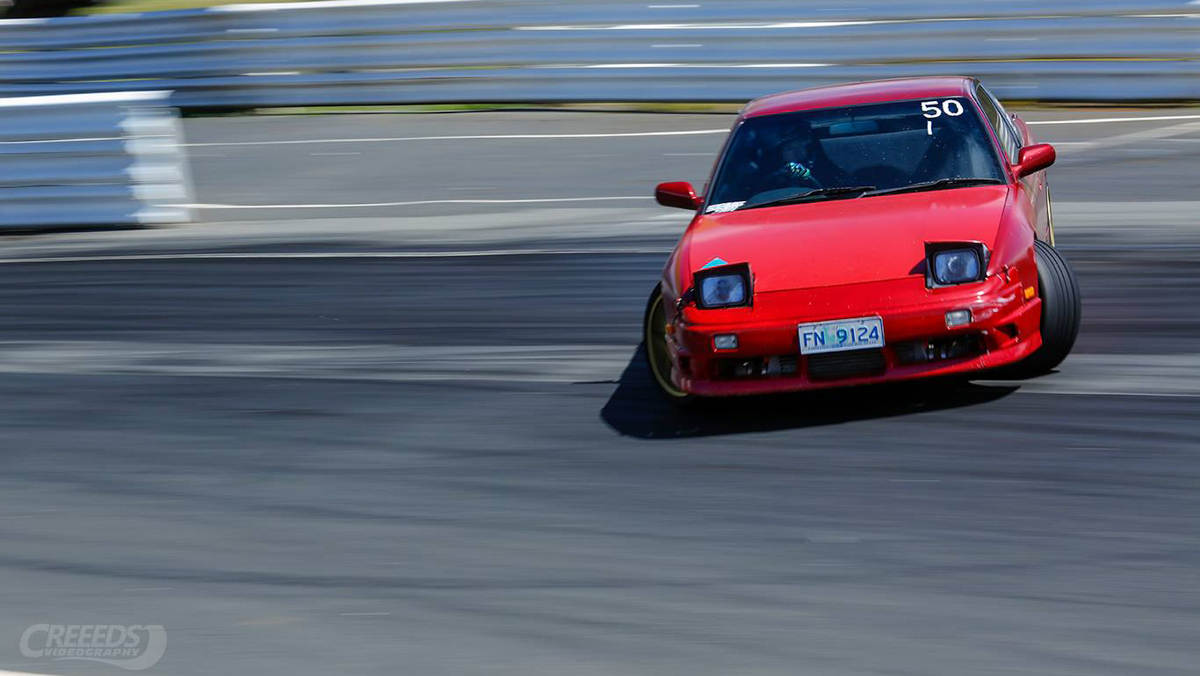 Photo of me driving at Baskerville Raceway

I own a R32 Skyline in Japan and a RPS13 here in Australia. Instead of loading the thread up with extra photos, you can watch videos of me driving below. Don’t forget to subscribe to my Youtube channel! R32 at Ebisu Circuit RPS13 in Australia 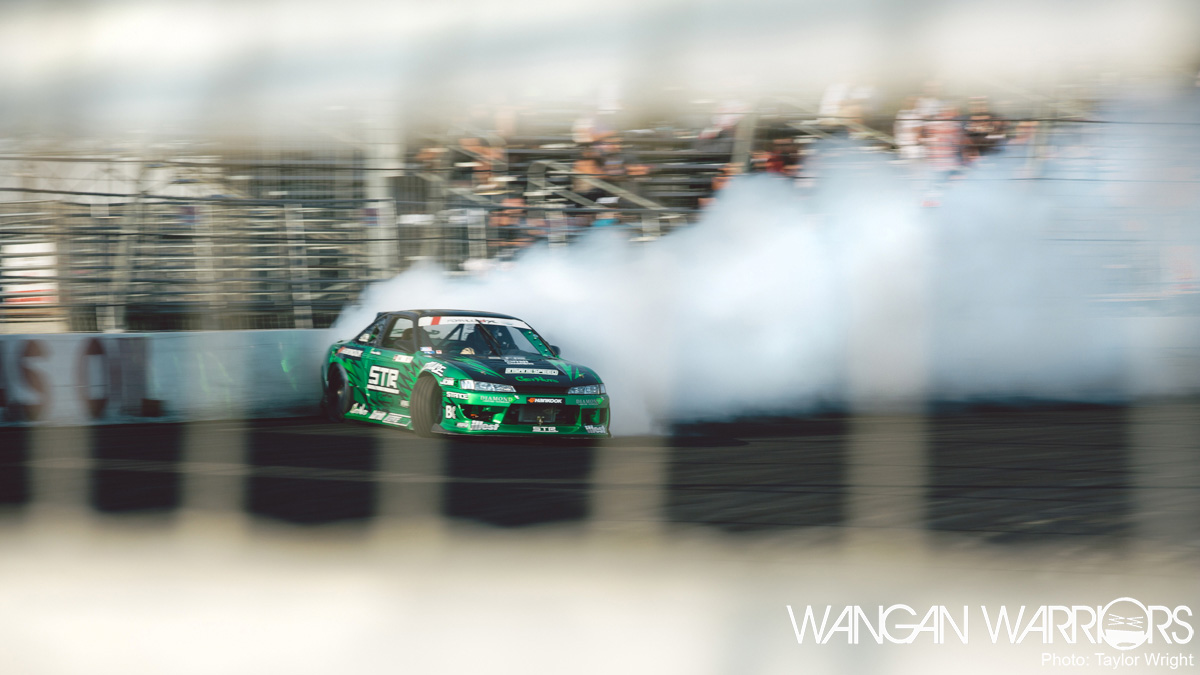 My biggest influences in the automotive industry are Larry Chen from Speedhunters and Casey from Shirtstuckedin. Both photographers take things to a new level in my opinion. After watching Larry run around at Irwindale Speedway in LA I have a new appreciation for his work ethic! 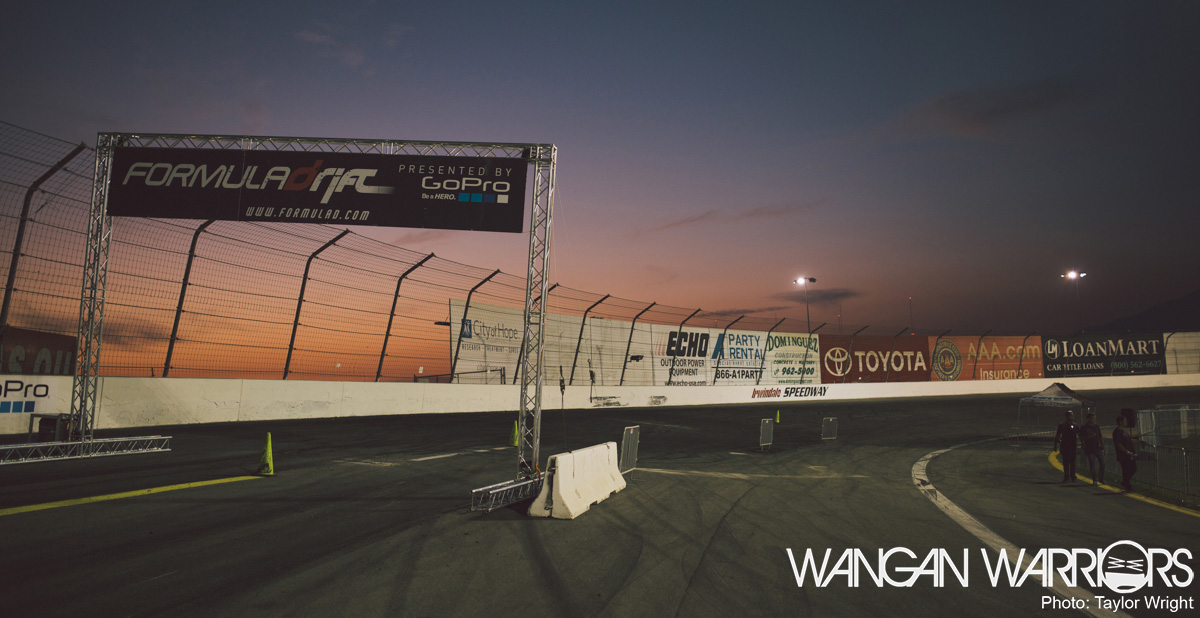 My goals for the future are to keep progressing, keep travelling and shoot different events all around the world. I strive to be different in everything I do, you will always find me standing in a different spot to everyone else and I think this really sets my work apart from others. 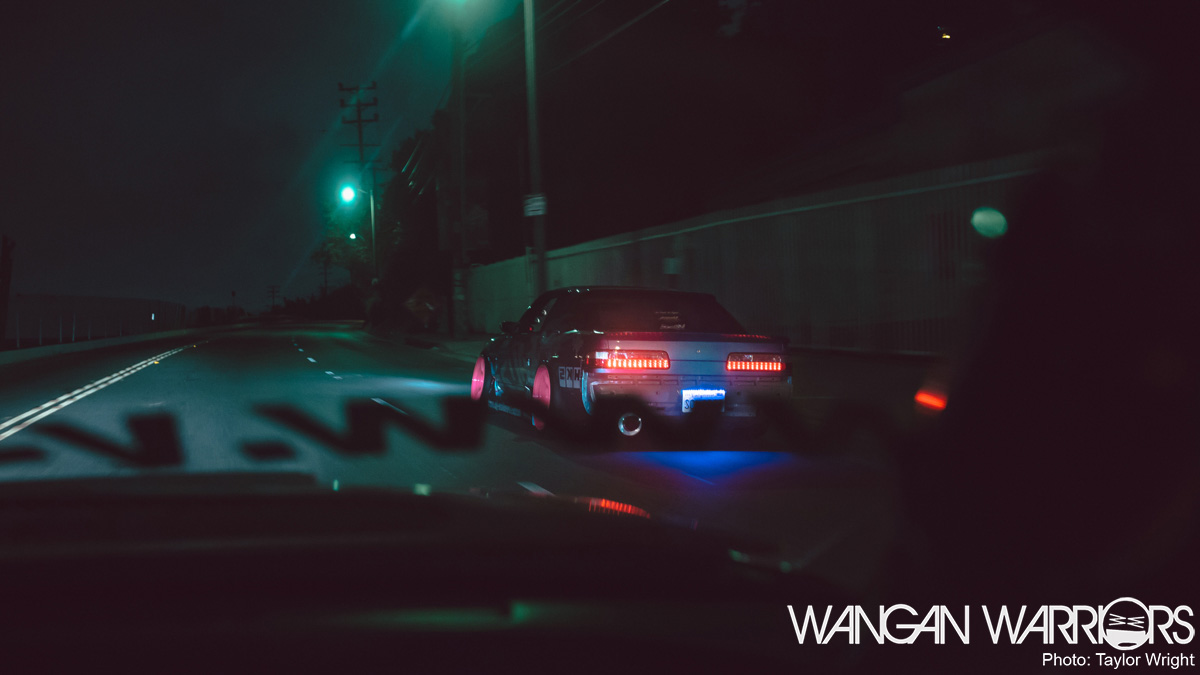 Cruising through Hollywood Highlands with AutofactoryREALIZE in LA.

Part of my progression over the last 12 months is I’ve focused on colour grading and composition, when I started shooting photos I never understood why or how people colour graded images. I soon came to realise this is a huge part of bringing an average photo to life. 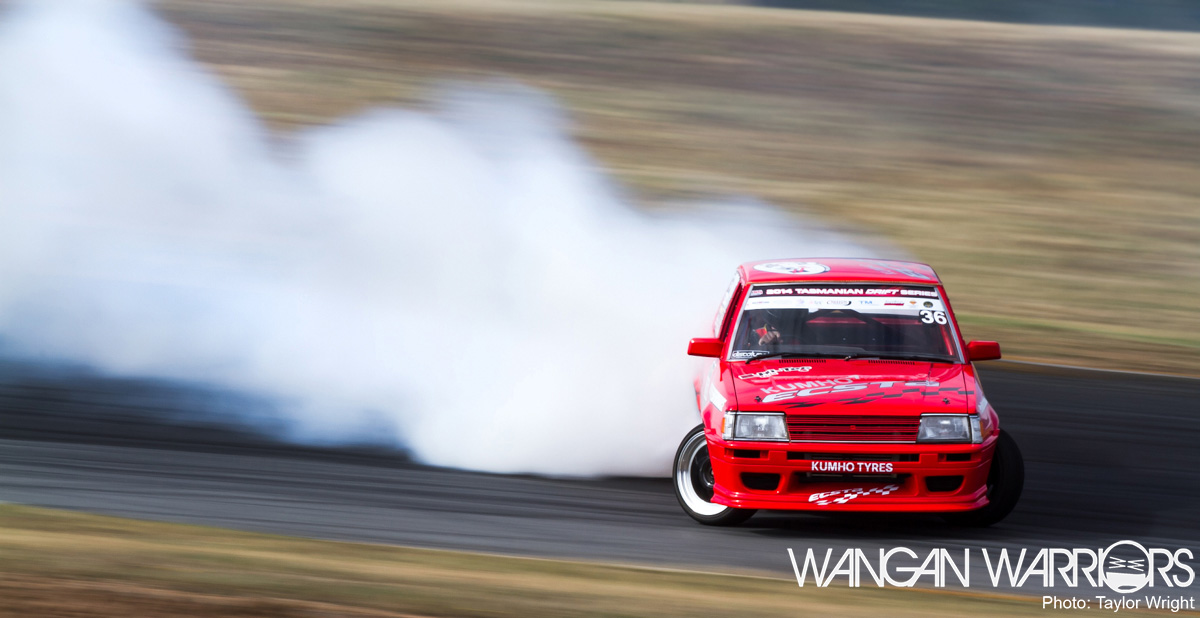 Matt Harvey in his AE71 Corolla

I’m not into completely changing the photo by adding motion blurs or chopping/changing back grounds but simple tone curve adjustments plus dodging and burning works a treat. Clean and simple is always good! 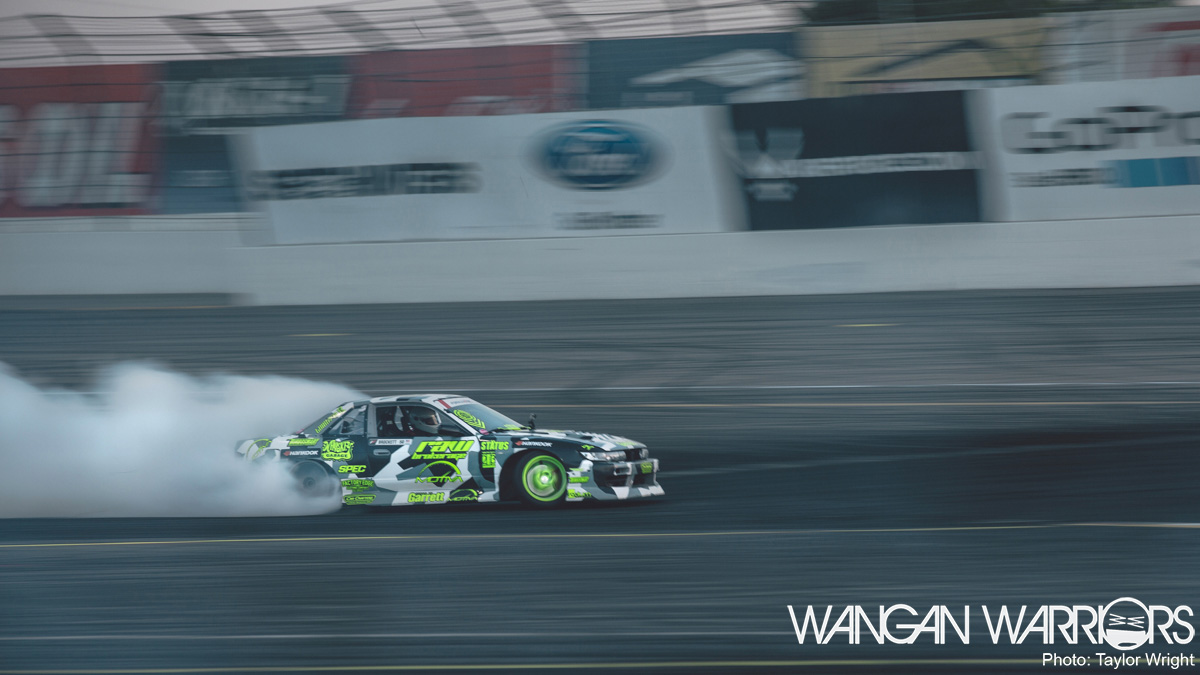 I think the thing that has helped me stand out over the last couple of years is being a driver as well as a photographer. It gives a different perspective to what you’re about to shoot. You can almost judge what the driver is doing and where they’re headed! This definitely helps getting different shots to other photographers. 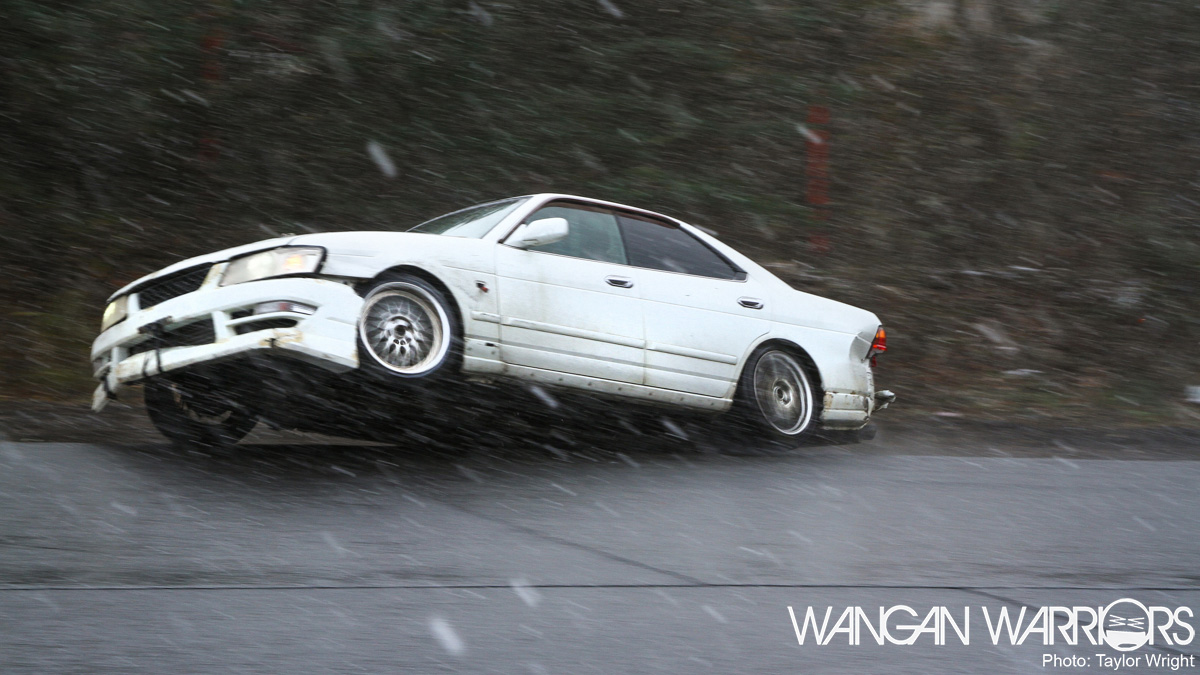 Leigh is his C35 Laurel running the Nikko line at Ebisu Circuit, Japan

I think that’s about it from me! I can’t thank Bill from Wangan Warriors enough for asking me to take part in the WNGN guests blogs. I hope to head to Europe this year and check it out so I’ll be pumped to meet some of the guys! 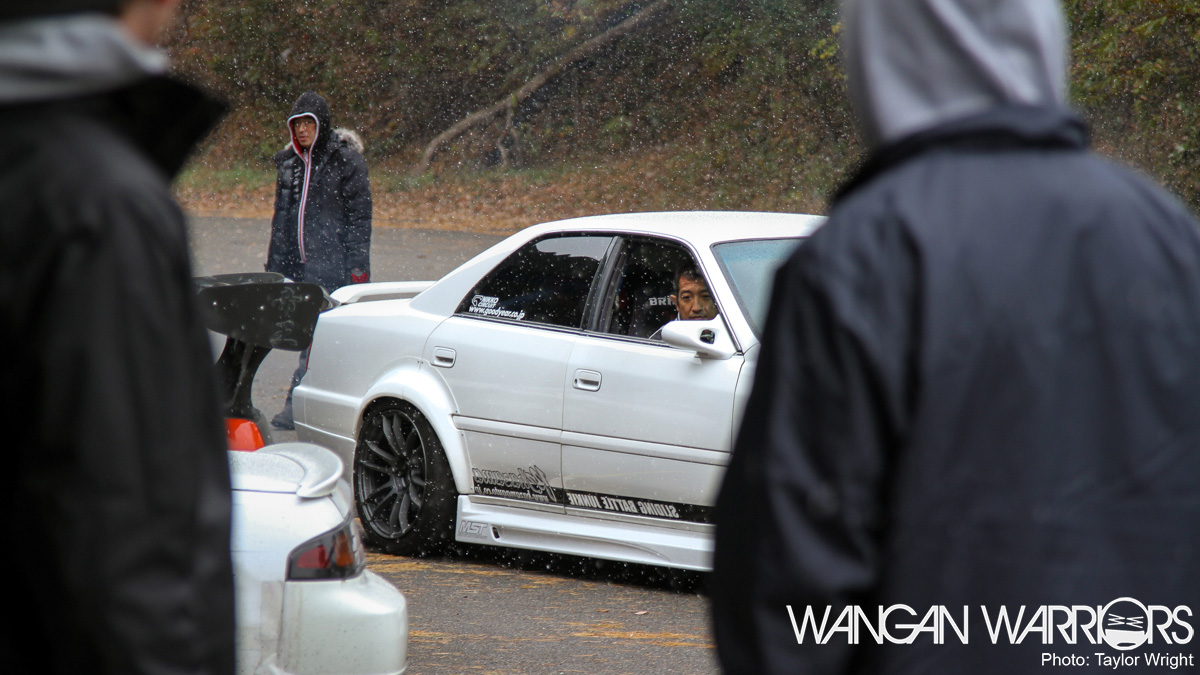 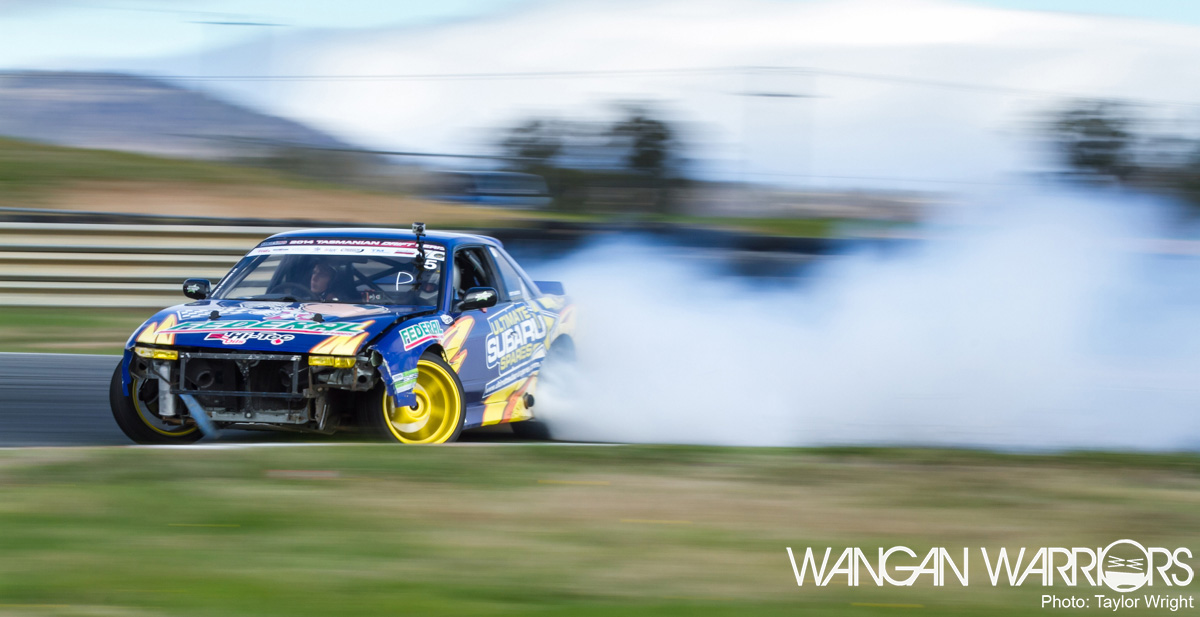 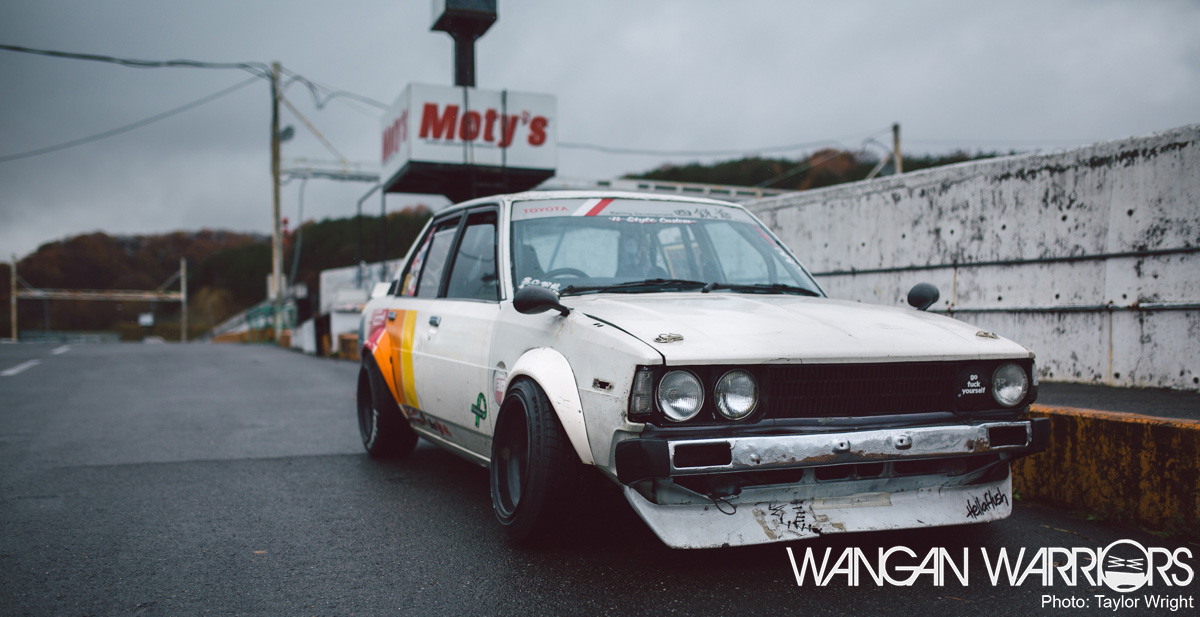