So here is something I’ve been wanting to share with you guys for a while. A few weeks ago I shared this Work in progress article and told you a little something about our very own Allard’s Rockin’ Roadster. After I captured Allard’s Roadster, he took me to visit JB tuning which was only a 20min drive from his place so I thought it was cool to meet some new faces and discover some projects. Little did I know how awesome the place would be.

Soon I was introduced to the owner of the company, Jack Van de Brug. It’s always nice to be allowed to capture photos of everything you like when visiting big companies unannounced. The main thing that caught my attention after our arrival was the hospitality and interest in our visit because I still was a stranger to them even though the guys over at JB Tuning knew Wangan Warriors. 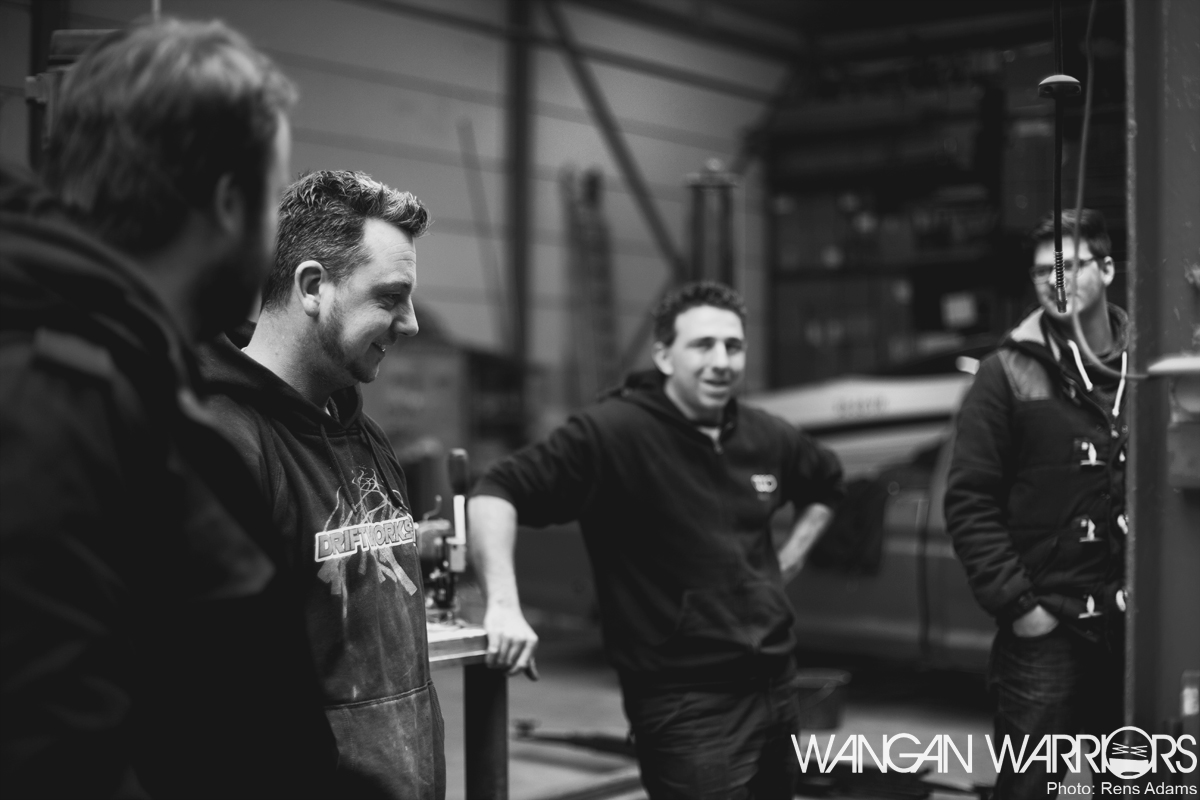 While some were catching up with each other I made my way through the shop checking out everything there was to find. At first Jack’s S14 project was something you couldn’t overlook. I can’t say at what stage the project is but there is a big ambition to have this beast rolling again this year so we’ll see what happens. 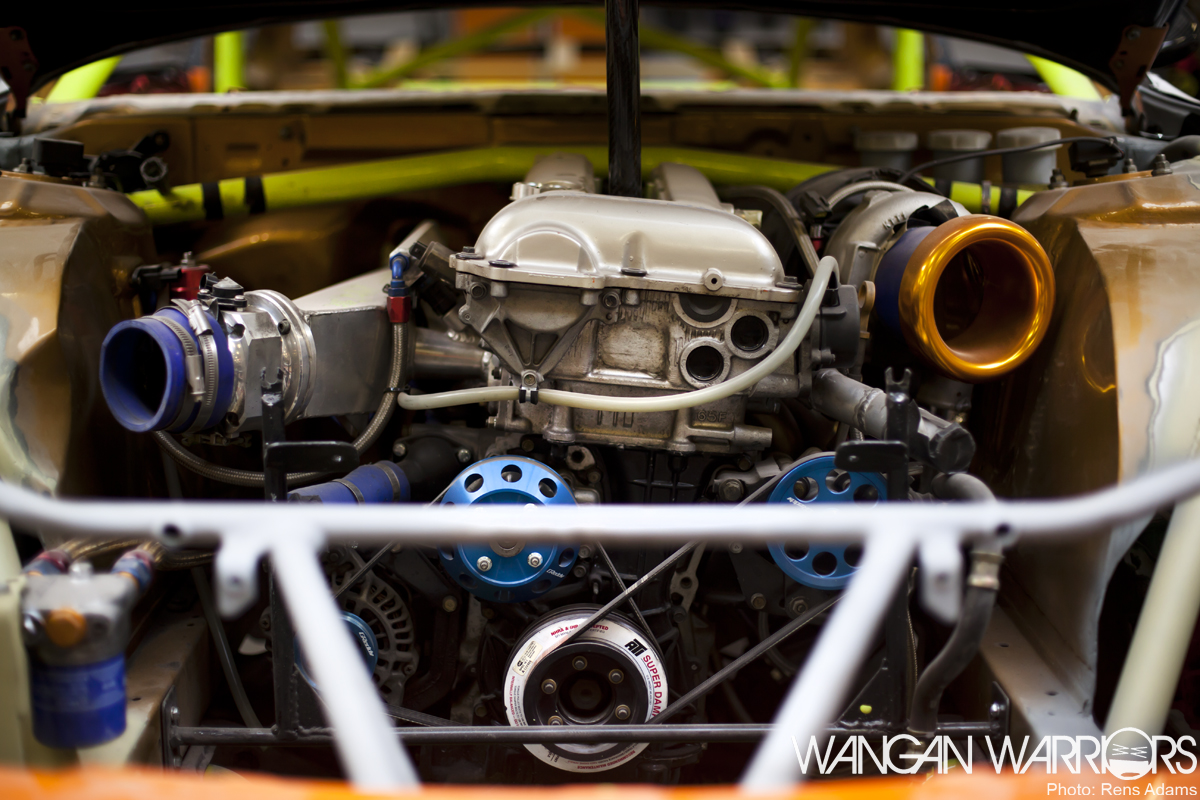 The original SR20DET was configured to a 2.2 stroker engine and upgraded with several high quality parts. You can immediately spot some brand new parts such as the Greddy pulley’s, braided QSP hoses, belts and vacuum hoses and it also tells you that the engine hasn’t been running for a while because of the complete rebuild of the Silvia. 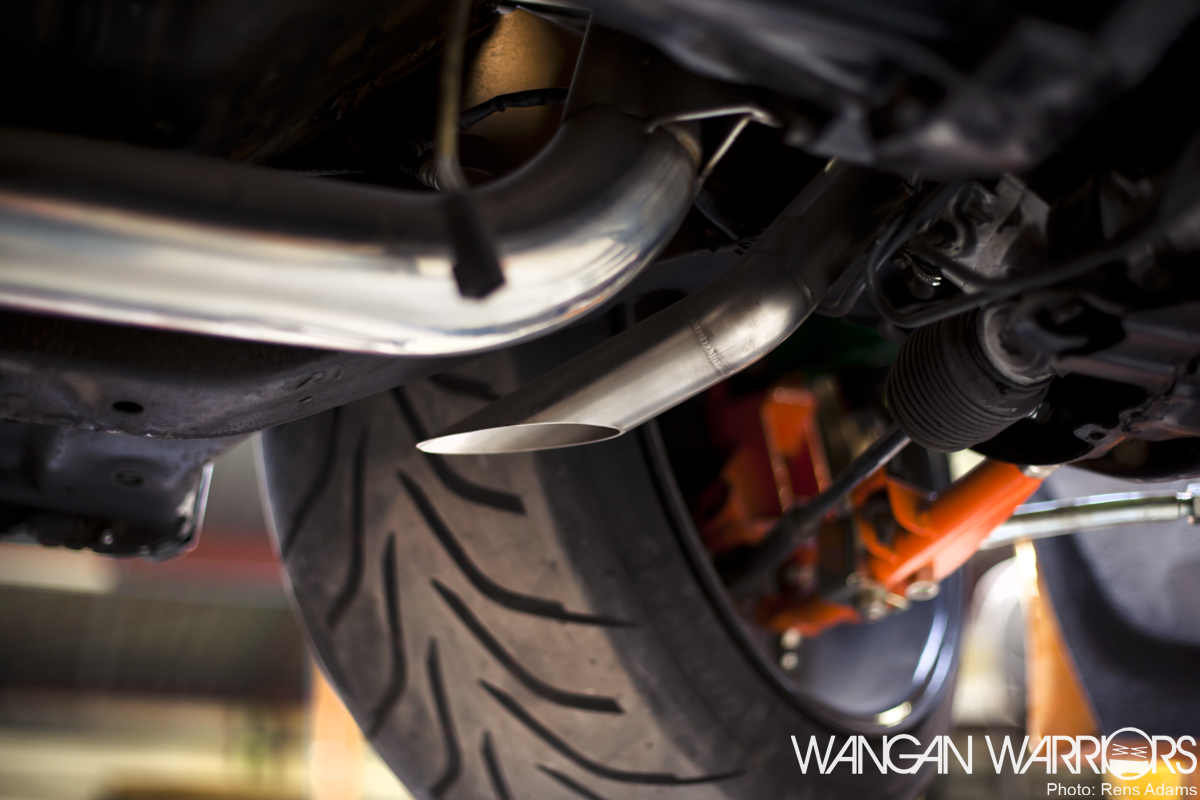 The exhaust system starts with a Fullrace exhaust manifold and has a Fullrace Screamerpipe installed for… Well you know, screaming the living crap out of everything and everyone. The rest of the exhaust system is still unknown, meaning we’re not going to tell you or Jack is fabricating something new? You’ll find out many more details about this project when the car is finished and when we do a full report about it! 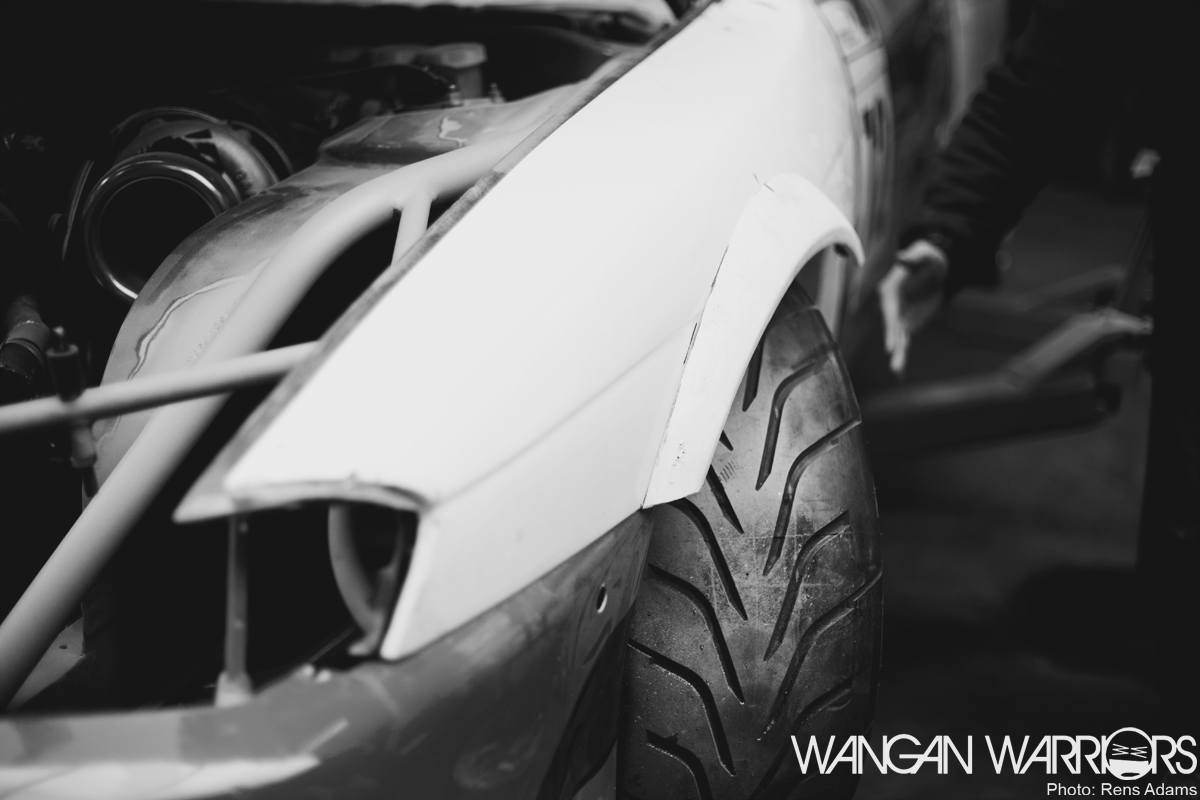 There are some wild exterior plans with the bodywork and from what I’ve learned during our visit, Jack has some serious plans with the fenders. We’re still not revealing everything but it will be some nice custom work to talk about when it’s done. 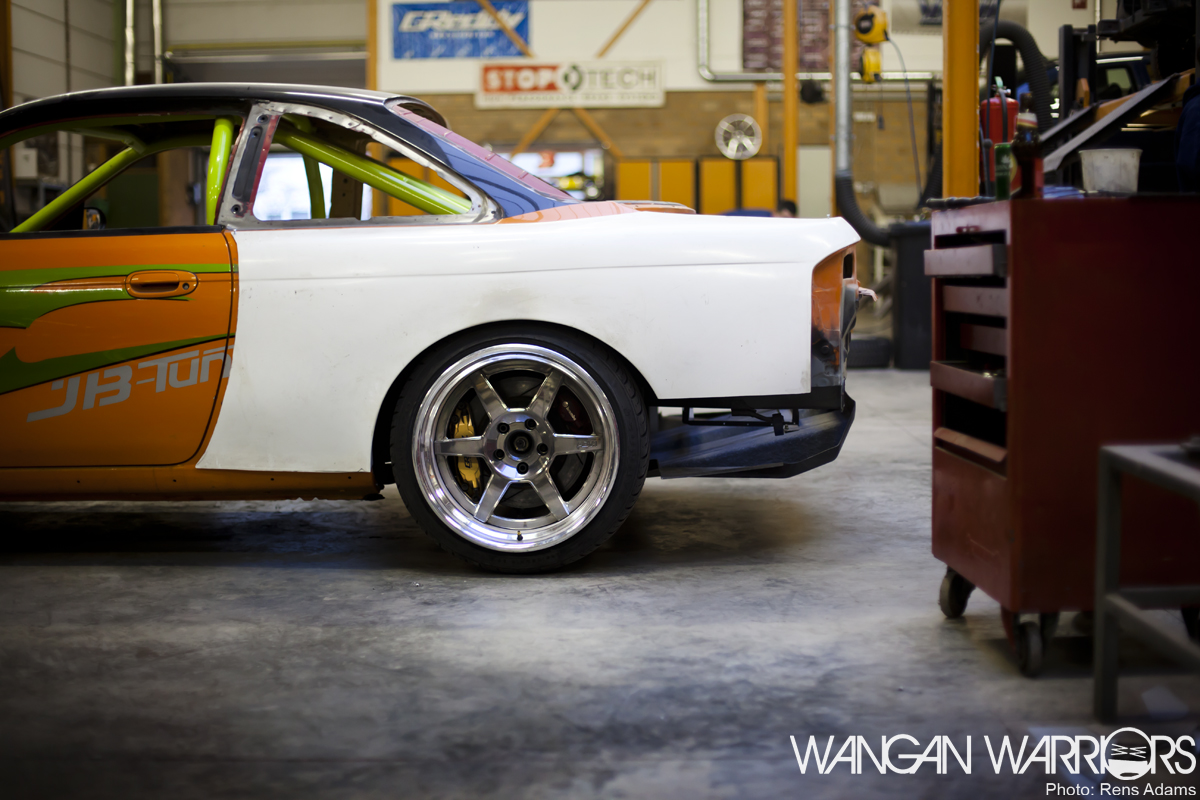 Jack fabricated his own rollcage and I really want to know his philosophy behind the complete structure. These are the details where we will be paying attention to when we do a full report when the car is done. And of course those things are real learning moments for me as well since I have two left hands and probably not even a fraction of the technical knowledge of Jack. 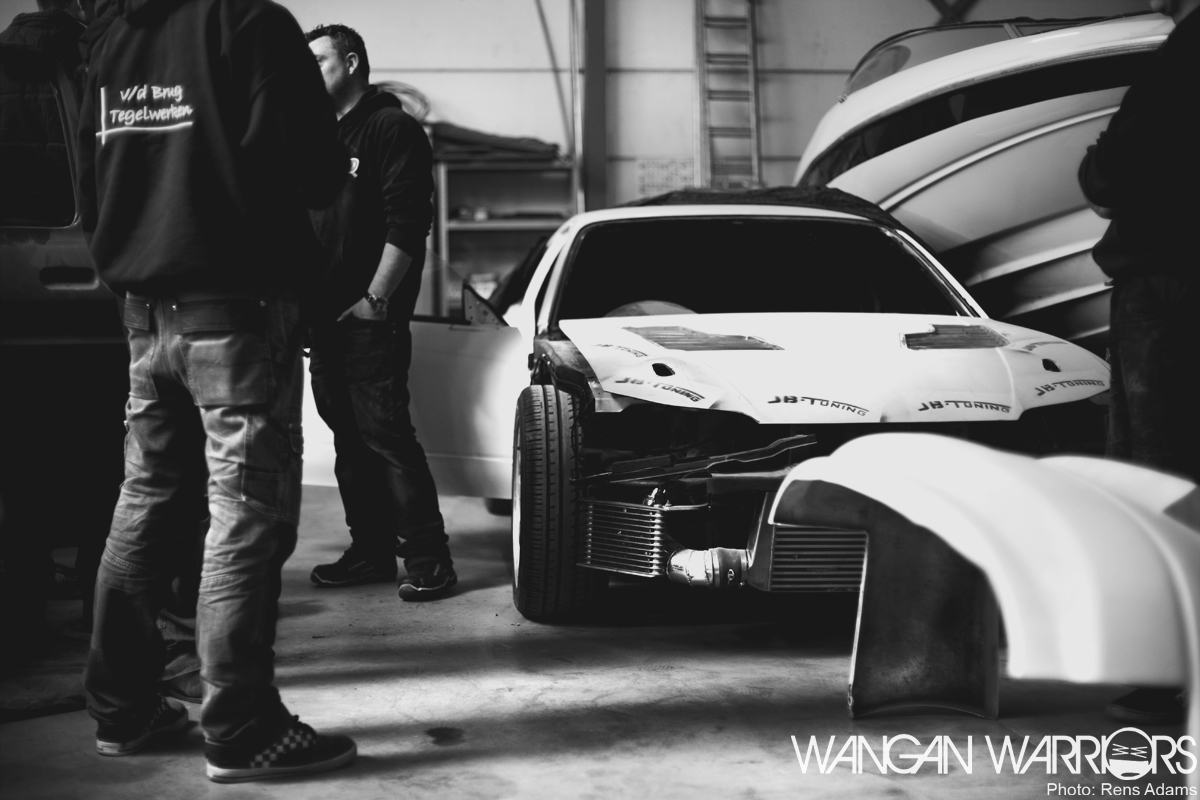 As I was walking around the warehouse I spotted Ron Van de Brug’s S15 and this one should be quite familliar to most people. This was the white S15 which was accompanied by the white Stagea with the R34 front conversion, both on very funky coloured wheels, remember? Quite the hot JDM duo during the 2012 event season! 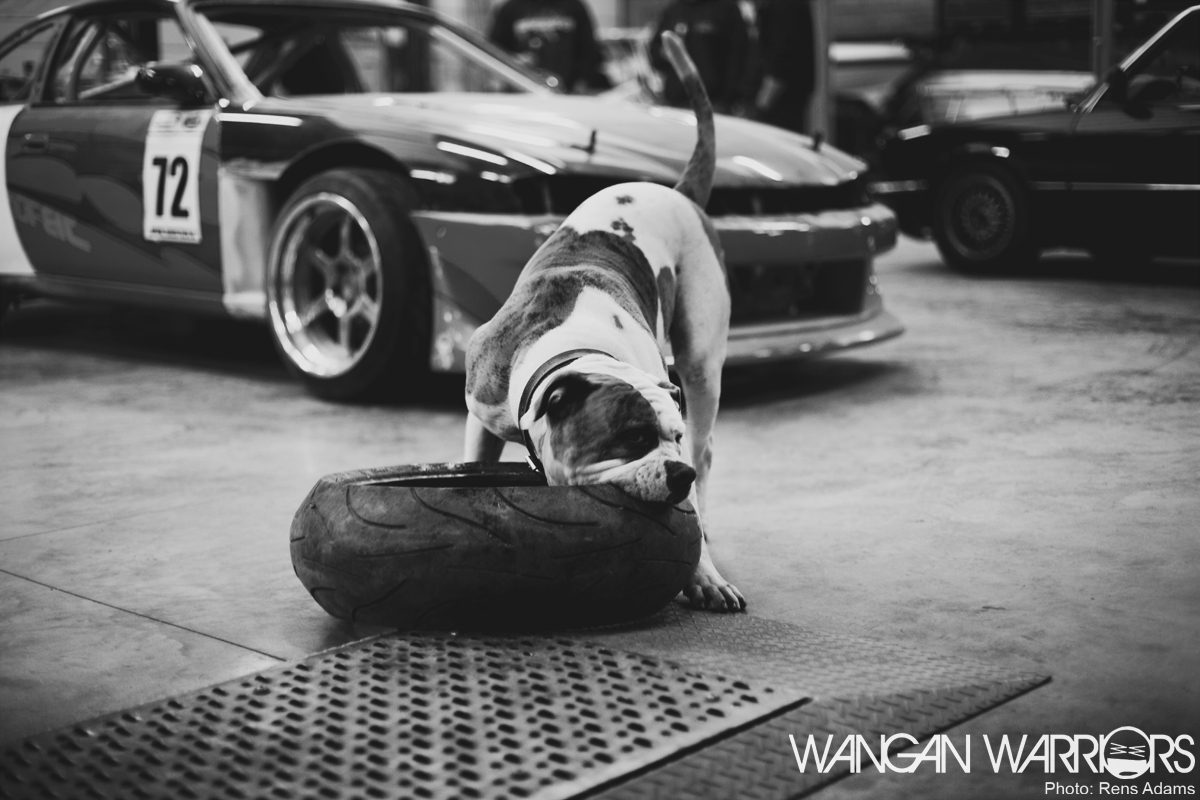 I almost forgot to tell you about Nismo. No, not the brand, the dog. This is JB-Tunings head of security dog Nismo and he’s fierce so better think twice when you mess with his tyres.

To finish up this little shovisit article, I can’t resist sharing a shot of Jack’s side project. As I’ve said before I admire other people passion about their cars and projects but I will never be able to step in such an adventure myself to build a car from scratch, I rather capture those that differ from me. This S14 is ‘done’ in my opinion, some handling upgrades, nice wheels and that’s it. Just perfect! 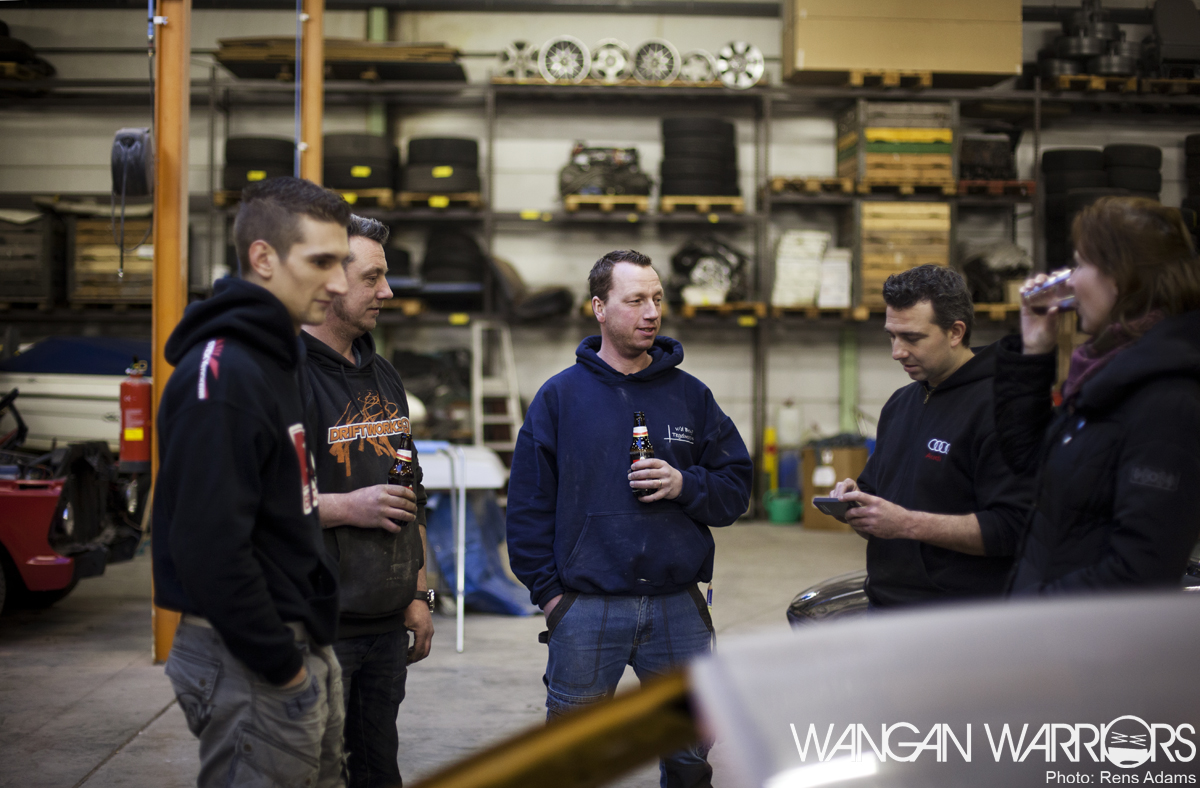 This article is not so much to show every single whereabout of JB-Tuning nor was it to show you every single detail about the S14a project. We will give you much more info in a couple of reports which we have planned for the future! Thanks to Jack for his hospitality and we will sure meet again pretty soon. Cheers guys!