Individually we can all be damn proud of where we came from whether you’ve worked hard to finish your project, traveled for hours to get to the event, support WNGN with your photography or video skills or inspire people with the style of your car. Collectively I believe we have one hell of an amazing Japanese car scene right now. If I look back to one of the very first meets Wangan Warriors organised, we’ve come a long way. None of that would be possible without so many loyal people surrounding us throughout the years. 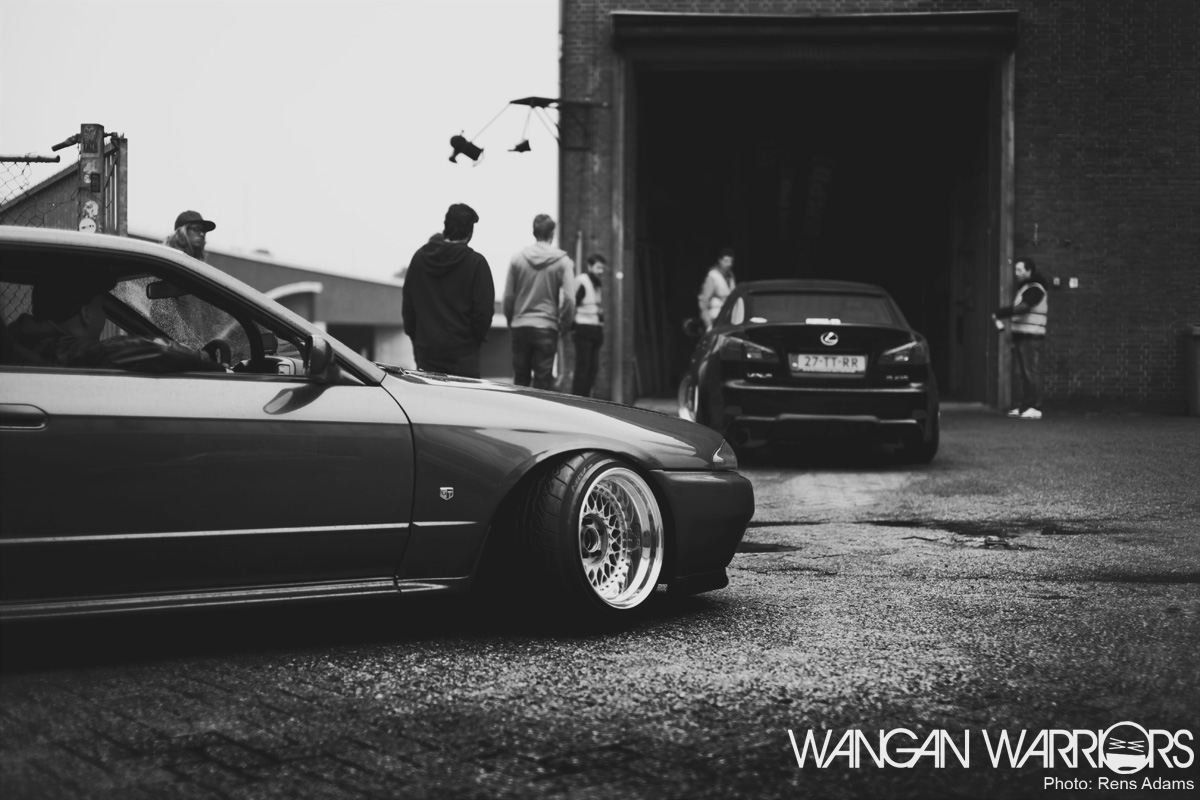 Months of preparations finally lead us to the first official Wangan Warriors event in collaboration with the DMPD organisation. We started early in the morning at De Vasim location in Nijmegen and first welcomed the entire indoor selection. We wanted the indoor area to be set and ready before the first visitors arrived. 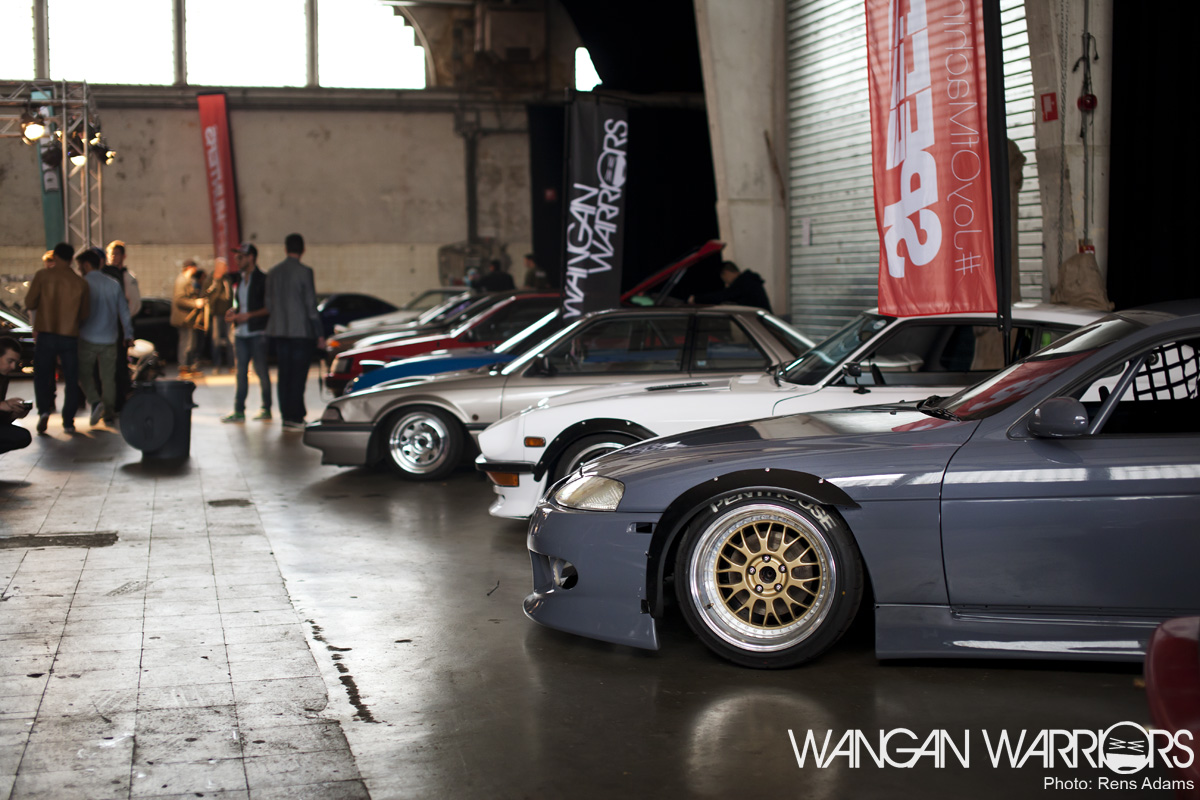 The variation and quality level of the cars present surprised me a lot. We’re still a club of many tastes and styles and I believe the WNGN selection really brought that to display. It was nice to finally see the famous and notorious Toyota Soarer of Albin Droogsma in flesh and metal at our event. 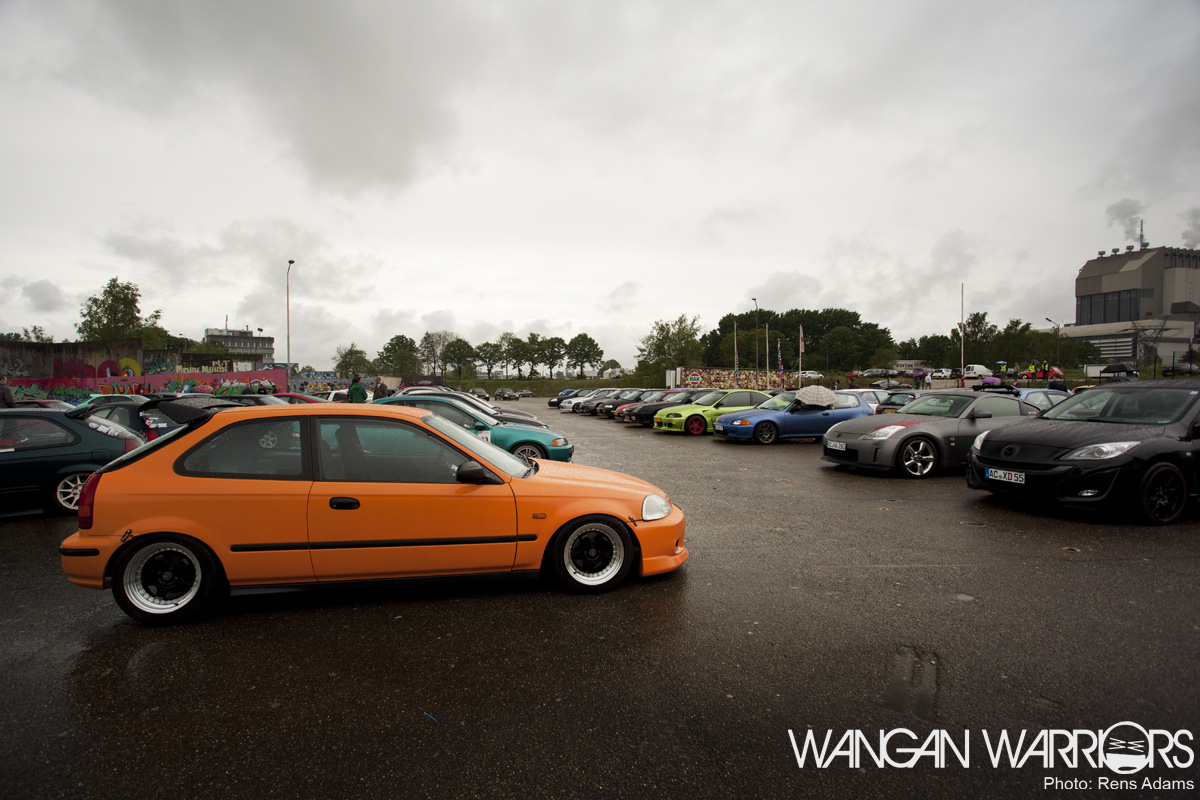 The day didn’t start well in terms of the weather. It was dark, wet and dreary but that didn’t keep people from joining us at the event. The outdoor areas started to fill up steadily and visitors were in a good mood despite the rain. 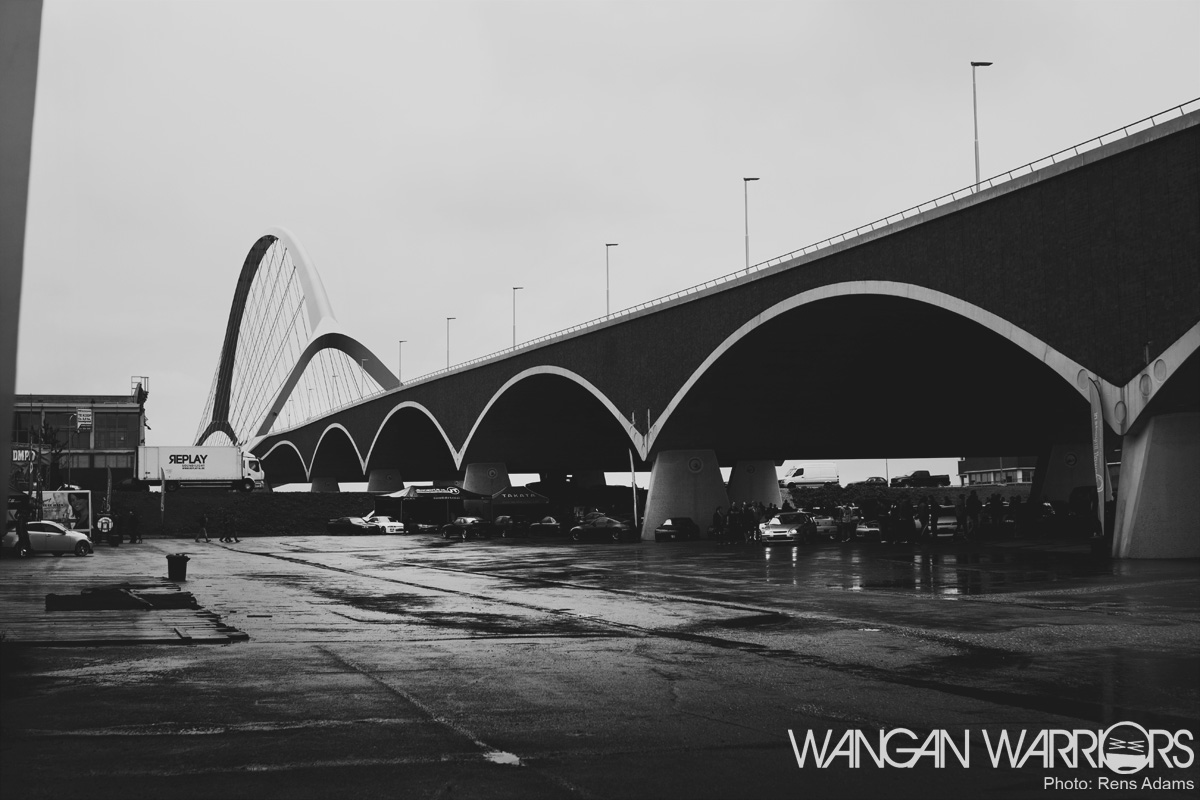 People could find a dry place inside of De Vasim building or under the newly built bridge at the back of the location. Over there was another large amount of cars parked and we decided to place the company stands there as well so that they could display their cars and products in a semi-dry place. 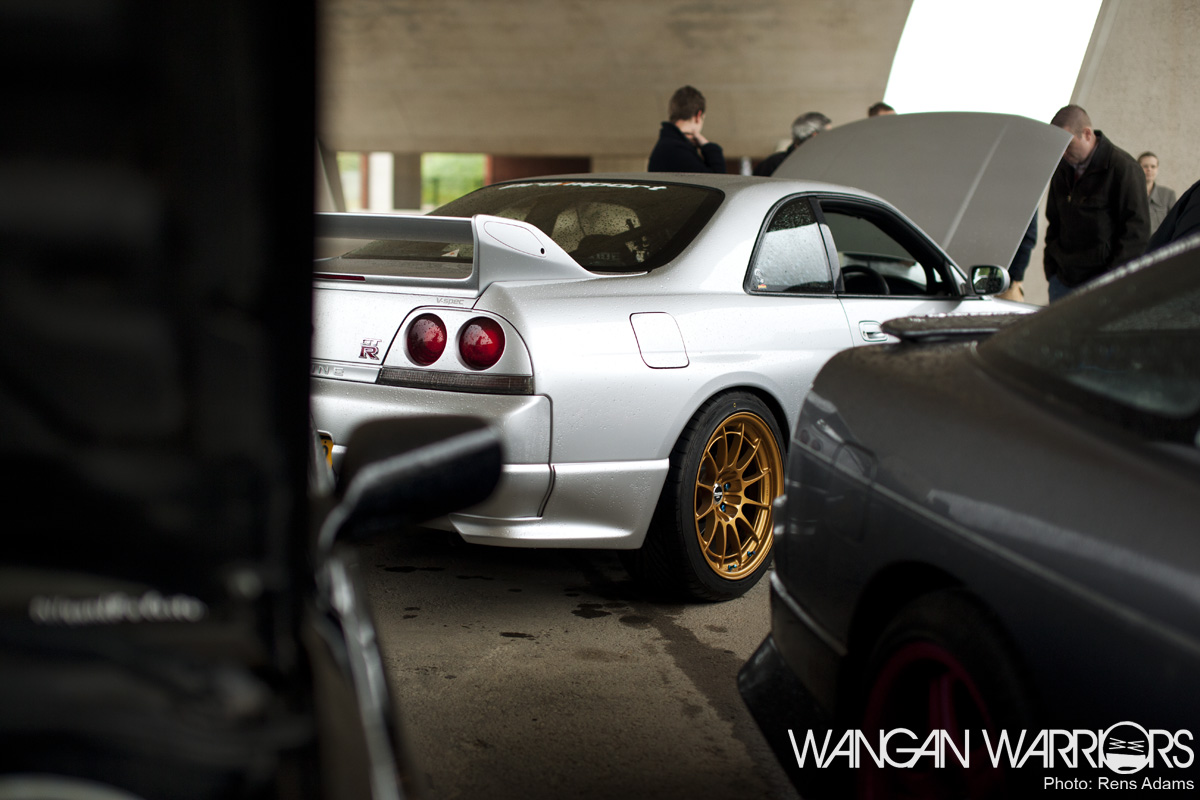 I was pleasantly surprised to see a couple of cars which I’d been following in the past few months and of which the owners kept me updated throughout the course of their projects. One of them is Niels Gijsberts, who ownes this BNR33. I saw some previews coming by on Facebook but I really needed to see the final result in real life. 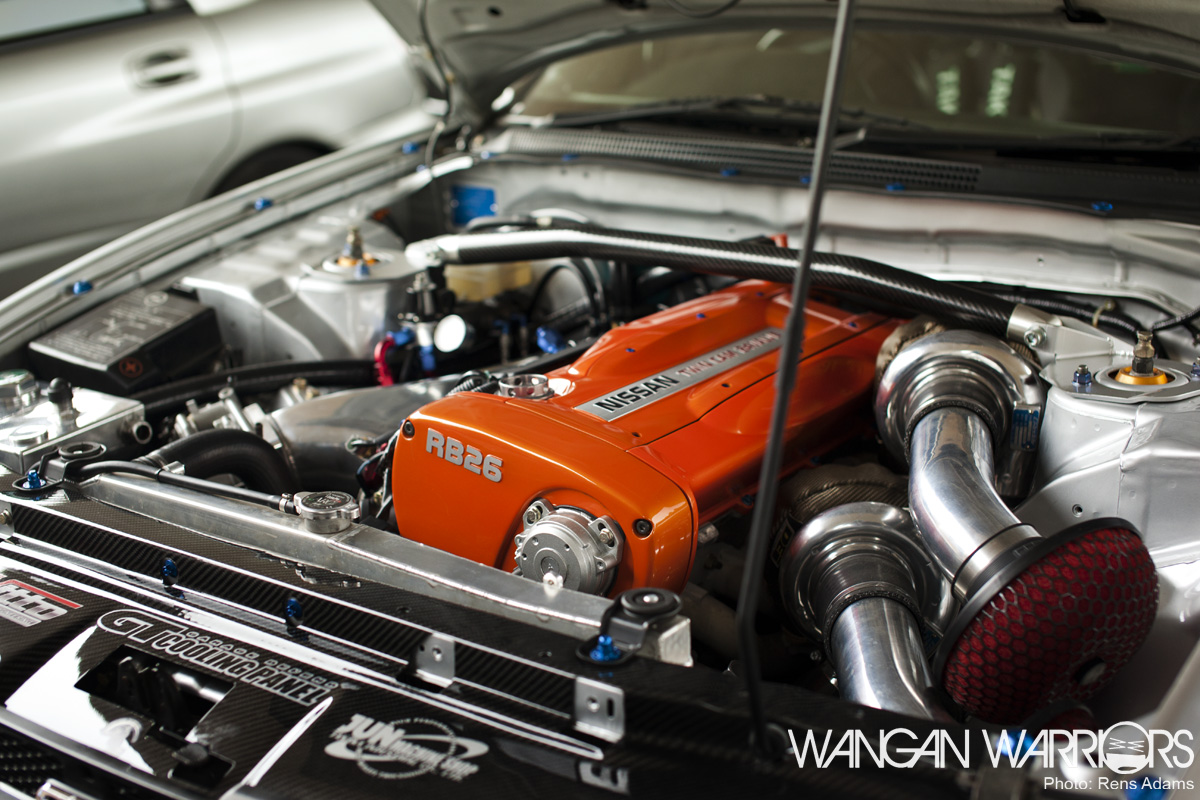 Niels had the RB26DETT rebuilt at Pro-Import and there are not many words needed to say how insanely amazing this looks. Looks and performance combined in a perfect way, if you ask me. Definitely after my trip to the UK my attention to R33’s grew immensely, so I’m happy you made it to the event Niels, too bad we didn’t have a quick chat. 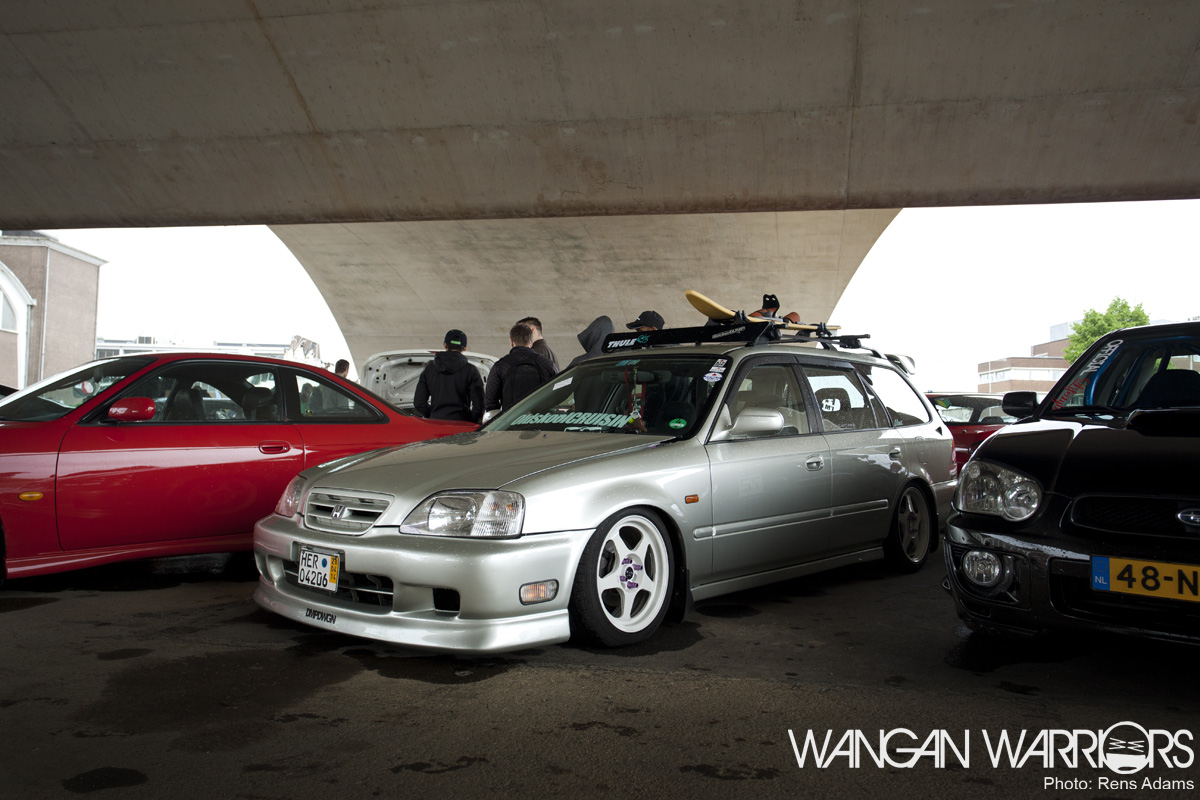 My personal favourite car of the event was this Honda Orthia which was a suprise to see. Honda is a very popular brand in our tuning scene and allow me to say that it is very hard to be unique with some of the more common models of the brand. This Orthia really was an exception of that idea of mine and I hope to see it again at one of our future events. 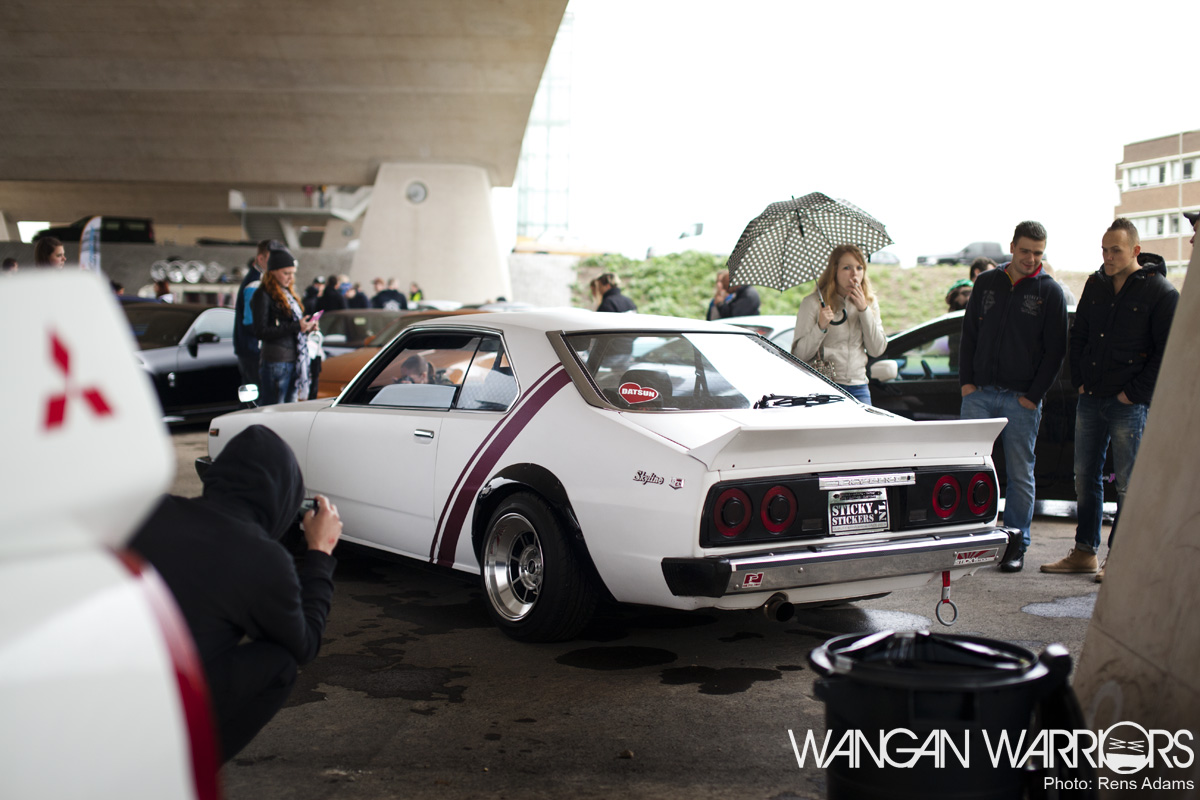 As I said earlier we have a lot of loyal people surrounding us and with that I do not only mean our club and crew members or companies who support us but our devoted and supporting visitors who always keep returning. Carlo de Grundt is one of those guys who loves to display his C210 and he has perfectly good reasons for that. A kind guy and loyal visitor of our meets! 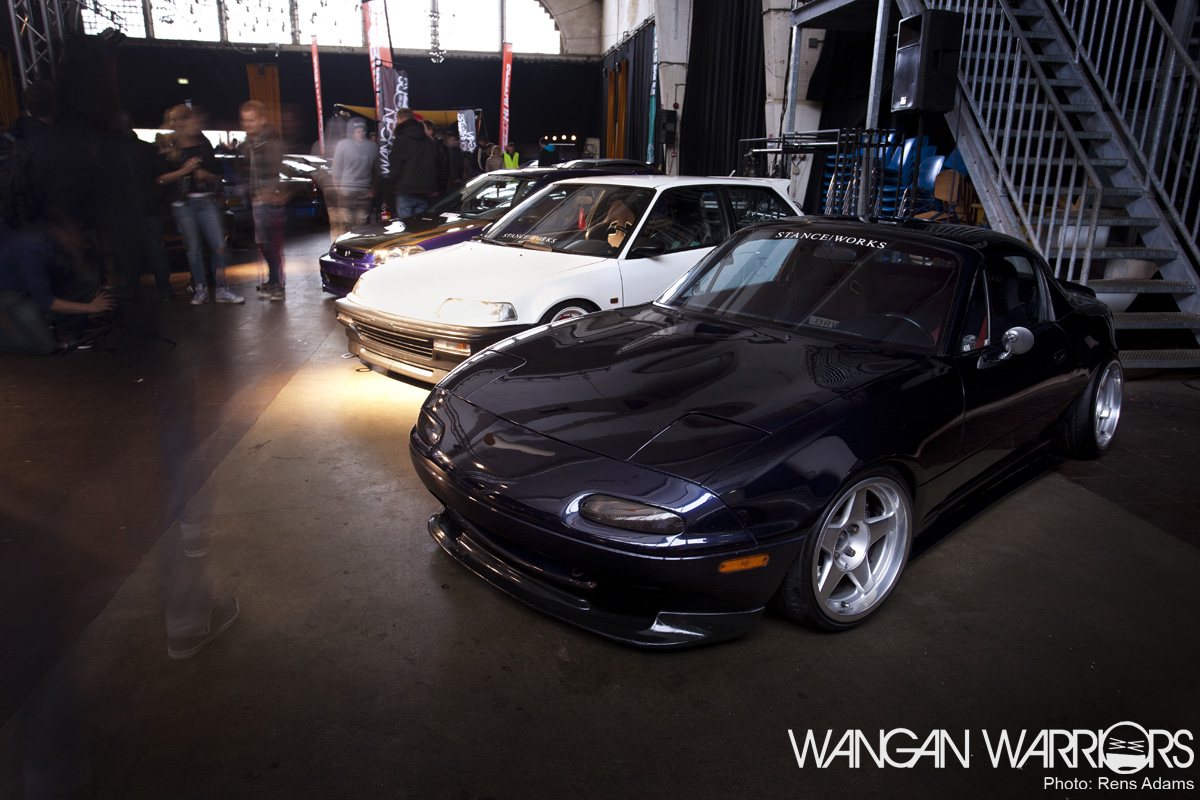 Another timeless beauty is Dylan Mirtic’s Mazda Miata who also joined us for the WNGN promotion day in March. I believe Dylan is a known guy in our scene by now and it’s always a cool sight to see him arriving in this low hairdressers car. 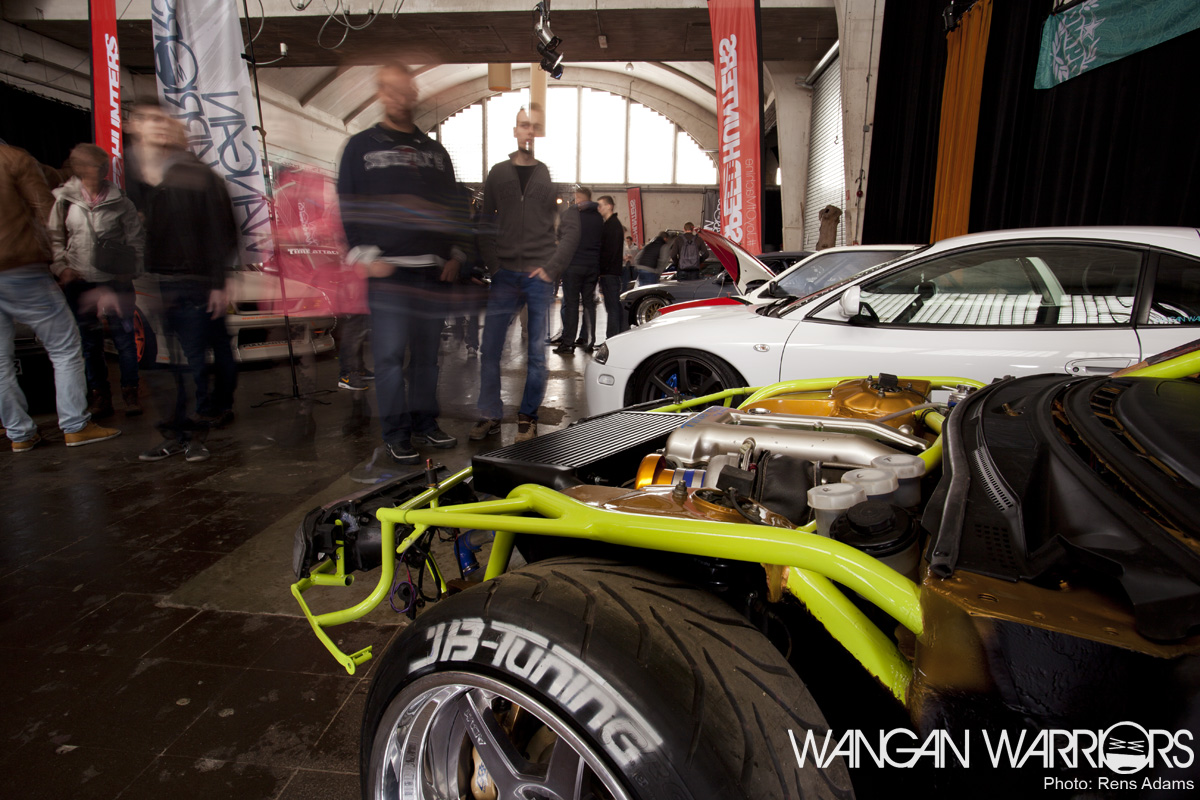 I believe none of you expected an unfinished project car on the indoor area and neither did we. We invited Jack of JB-Tuning to join us for the event with his S14, knowing he has a clean S14 which is lowered and has a nice set of wheels. But suddenly this guy arrives with this project on a trailer. How awesome is that?! Miscommunications do happen in good ways as well. 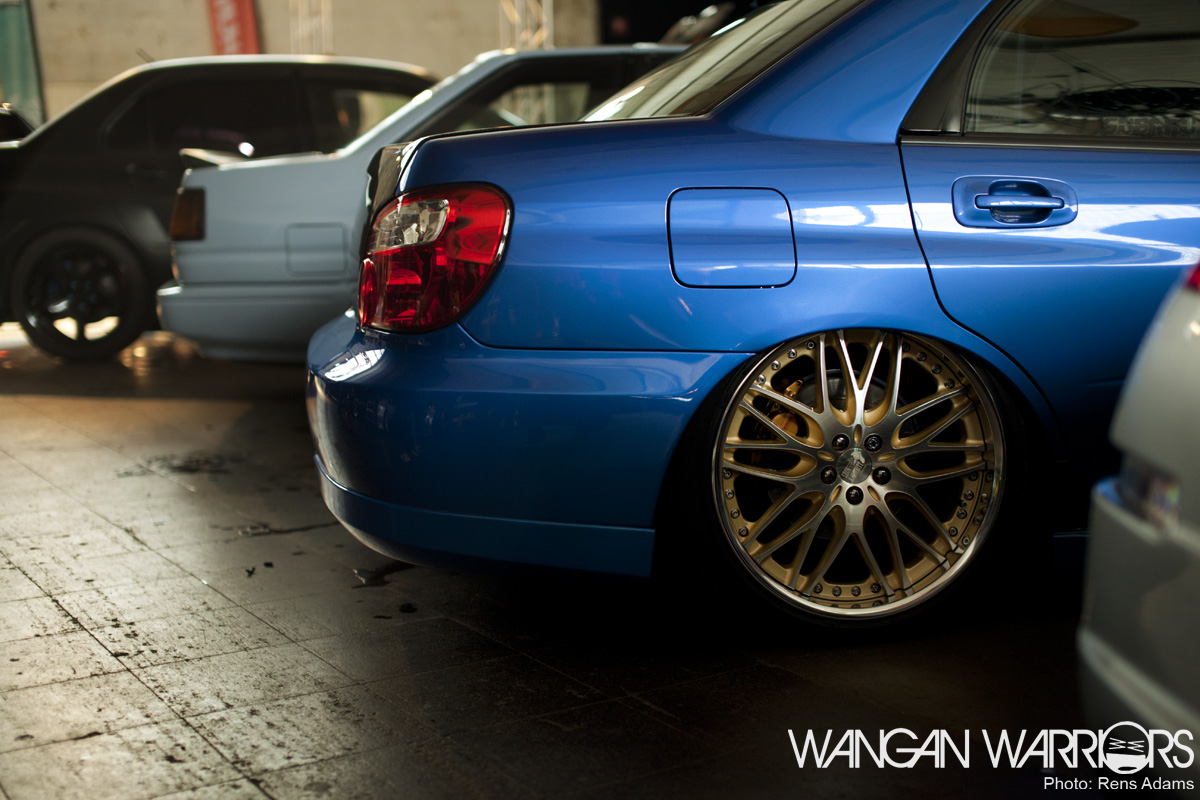 Arjan van Eck takes good care of his Impreza as you can see. There was a time that airride systems where not that common in our Japanese community and by some people even unaccepted. Luckily our community is growing and changing and for some people it’s a challenge and a gamble when they dare to be different. I really love the look of the Subaru as it is right now! Well done Arjan! 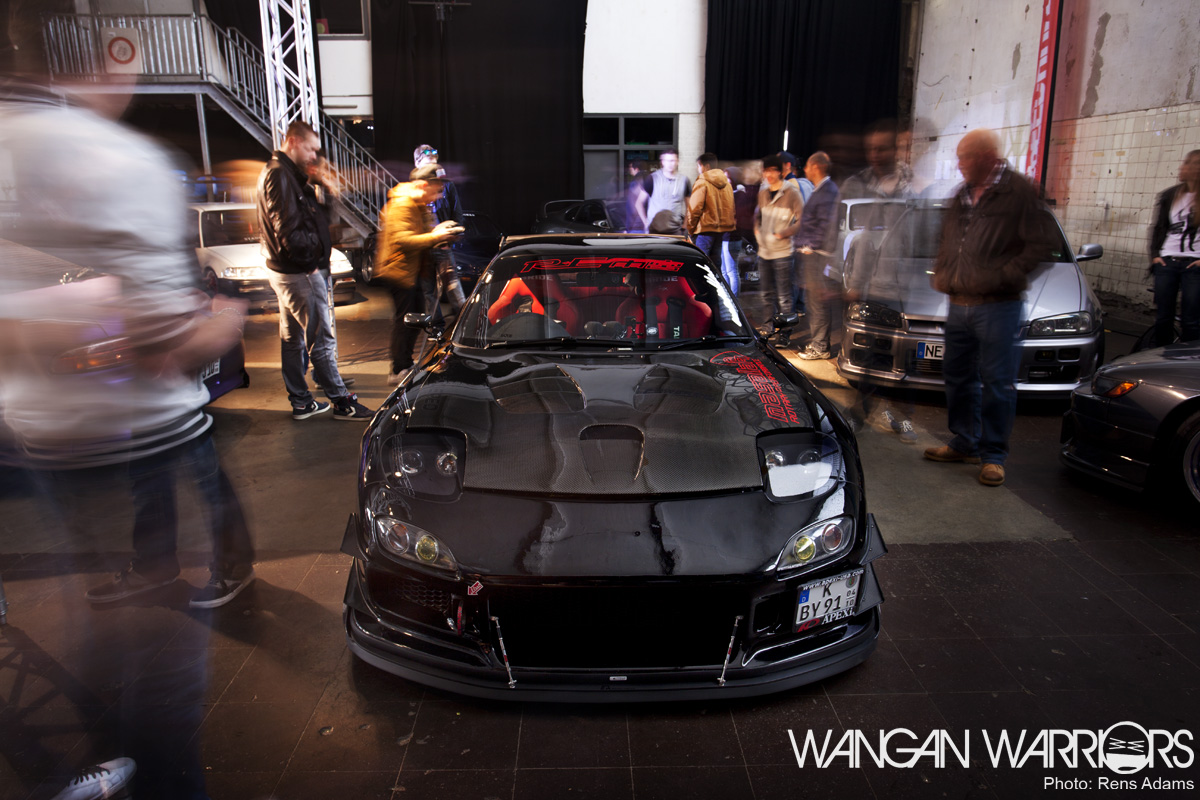 Germany was very well represented at the event, both indoor and at the outdoor areas. Through some of the contacts and friends we’ve made through time, we’ve got in contact with people who own amazing cars. I’m happy to see and experience their enthousiasm and it brings me joy knowing people are willing to drive hundreds of kilometers to get to our event. 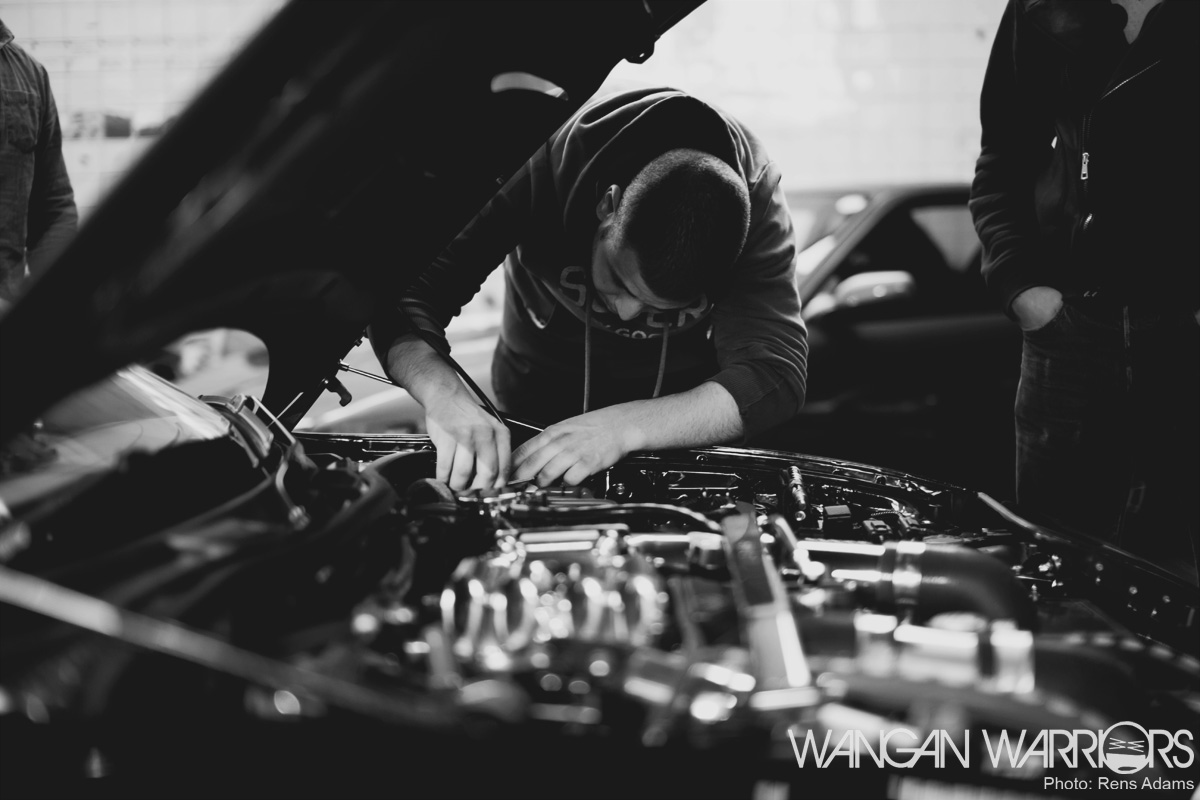 The proud owner of this immaculate FD is Tayfun Yzc and he drove from Cologne with a bunch of other guys to attend the event. We’re planning to shoot a few German cars in the near future because we believe masterpieces like this deserve a little exposure on Wangan Warriors. 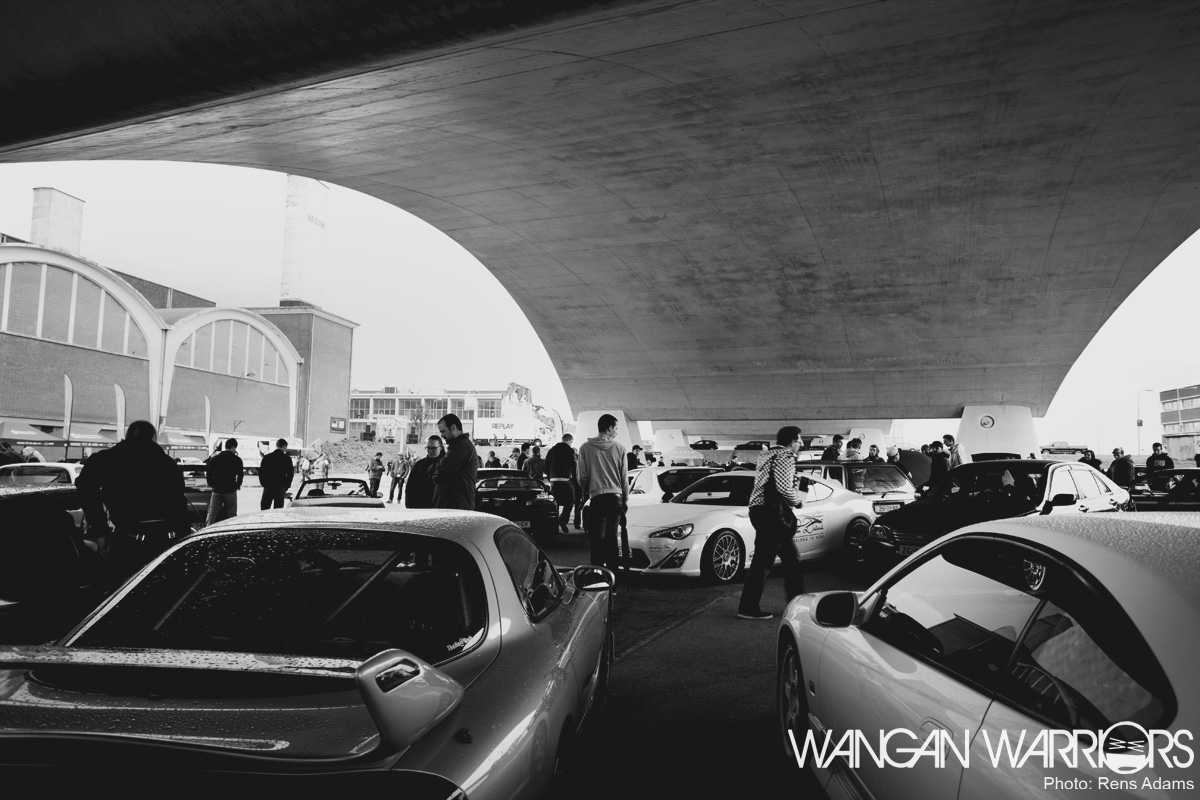 It seemed that most people did have a good time and I’ve already seen some impressive photowork coming by through the social media channels, and I’m looking forward to more. There was a steady stream of people arriving throughout the day and in the afternoon the dark sky started to clear up. 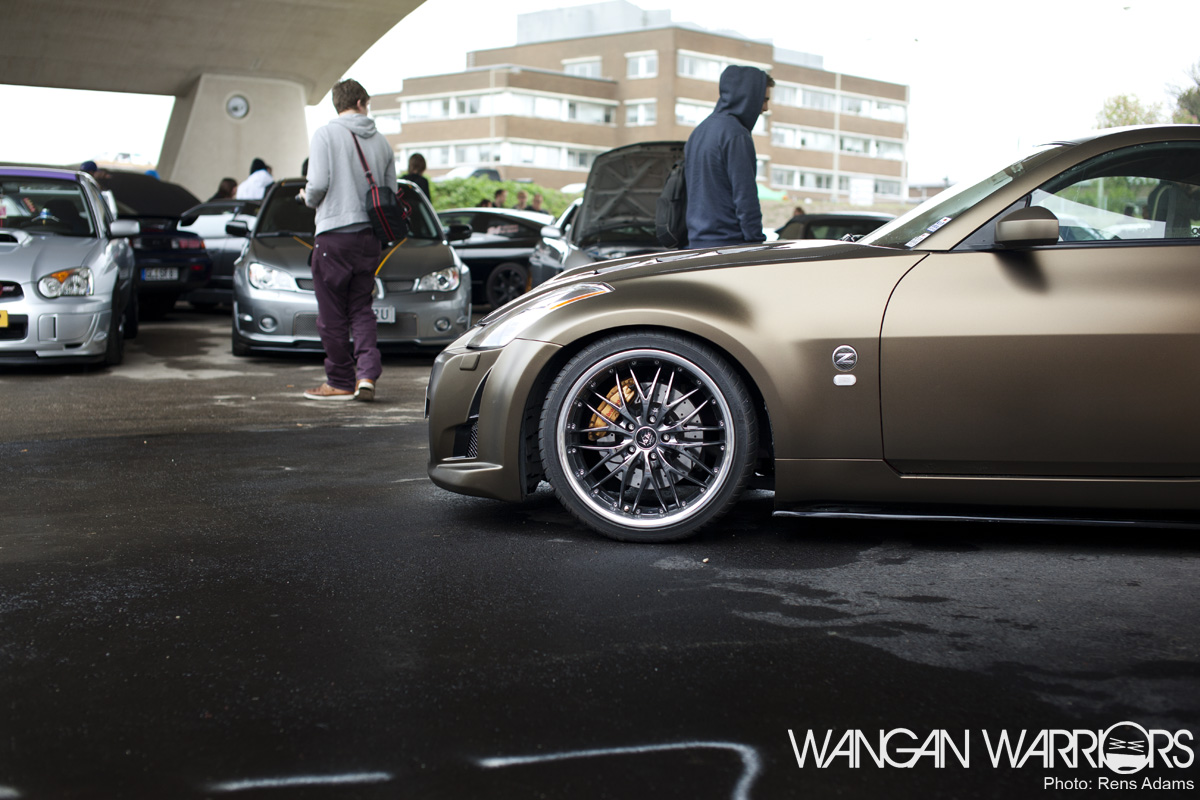 One of the many amazing cars under the bridge was this bronze wrapped Fairlady. Again a fine example brought to Nijmegen by our German neighbors. I believe it’s about time to return the favour and visit a few German events to cover for the website, any suggestions?! 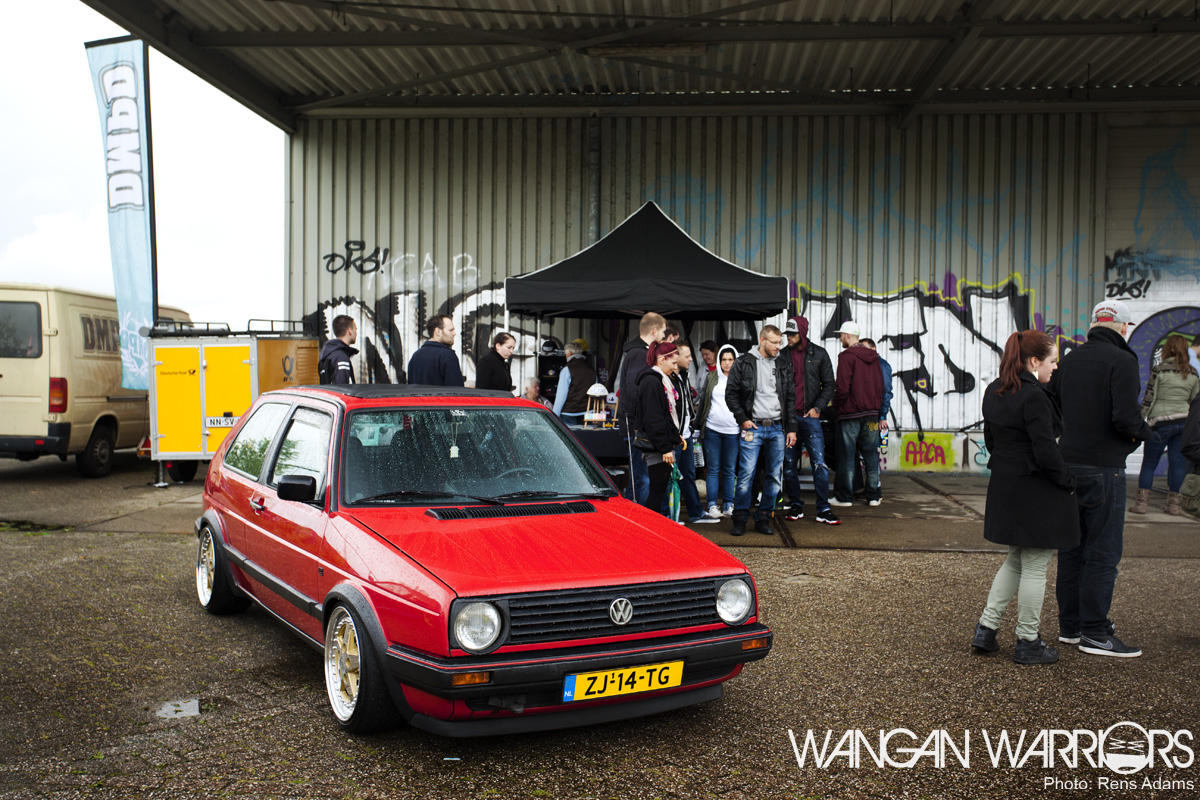 I hope many people took the chance to participate in the lottery for the car parts. The DMPD location at the Waalhalla skatepark was the place to get those tickets. It was funny that there were many people who offered me bribes to stage the outcome of the lottery. Sadly for them I’m not in the position to arrange such things. I do have other superpowers though! 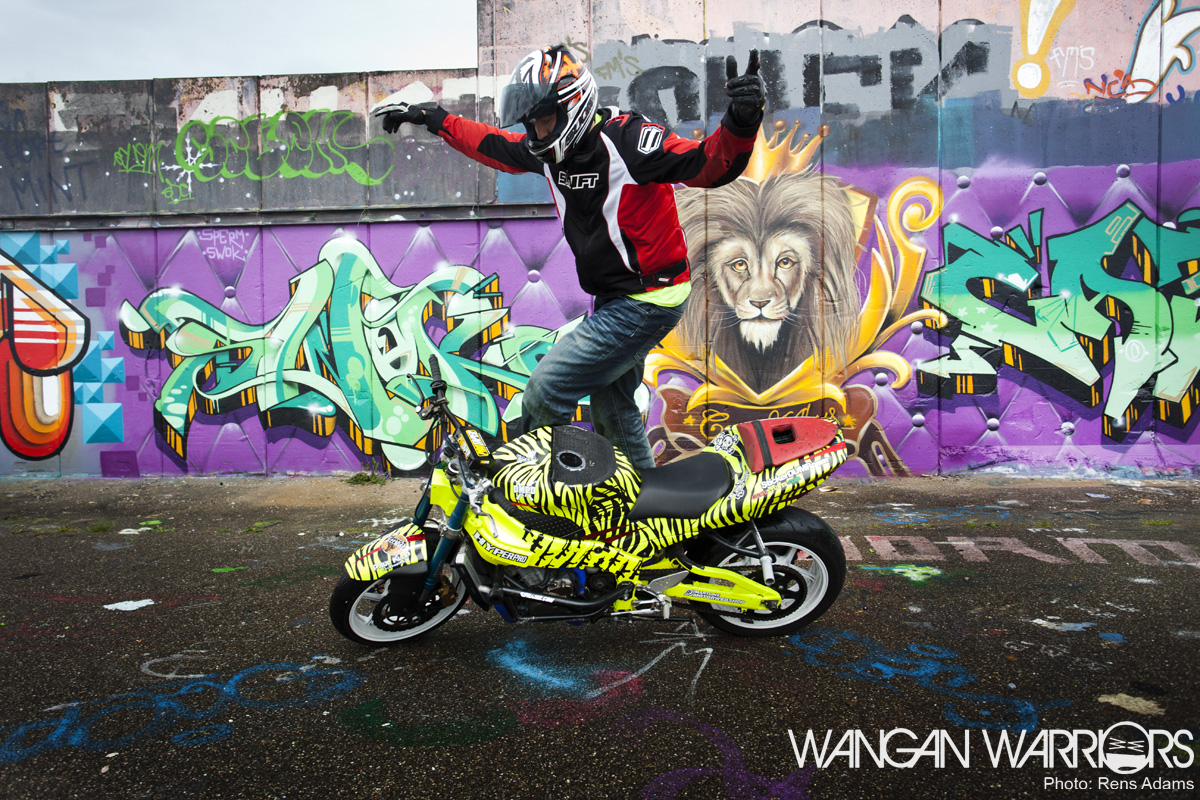 The graffiti event ‘Just writing my name’, which took place on the preparation day on Saturday, made sure all the walls in front of the Vasim where decorated with new artwork by many amazing artists. It was a nice way to do photoshoots when the sun finally showed itself. 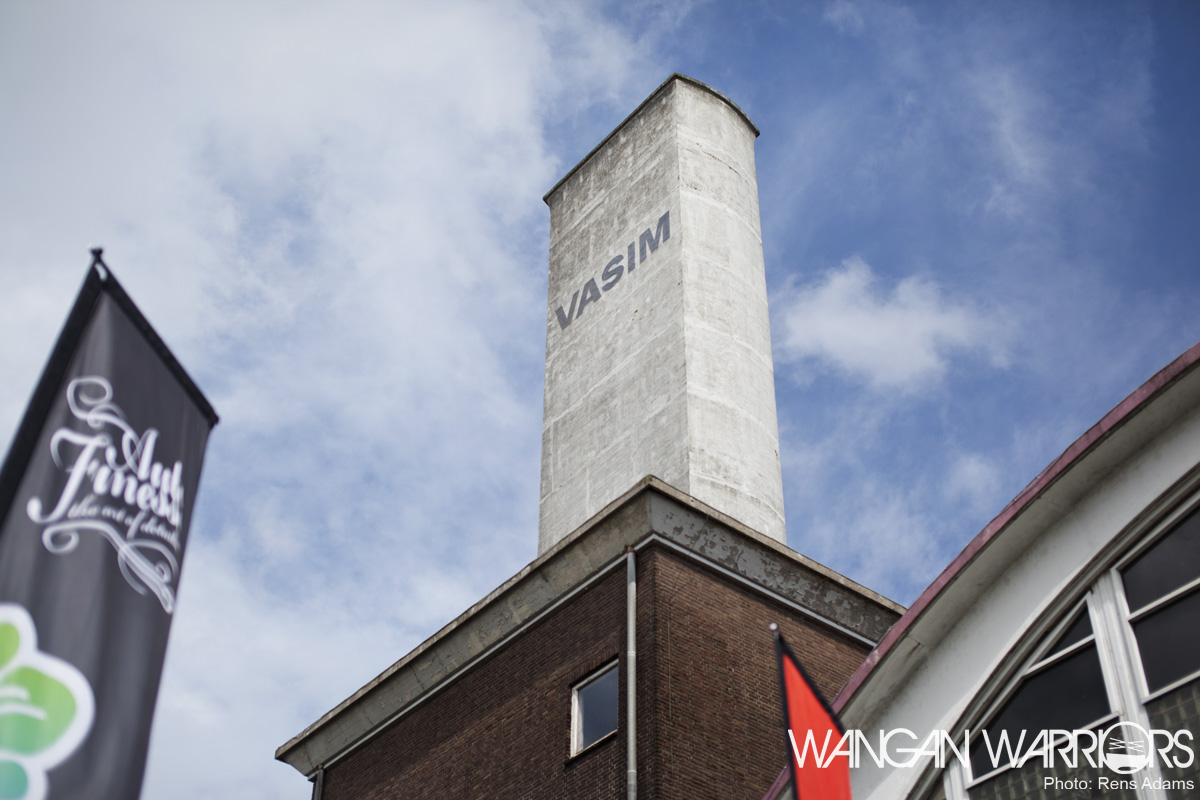 A clear blue sky was something we hoped to have for the entire day but we could only enjoy it when the event was almost over. I did see the mood changing and some people already decided to leave the event, others stuck around to do some photoshoots or stayed for the draw of the lottery. 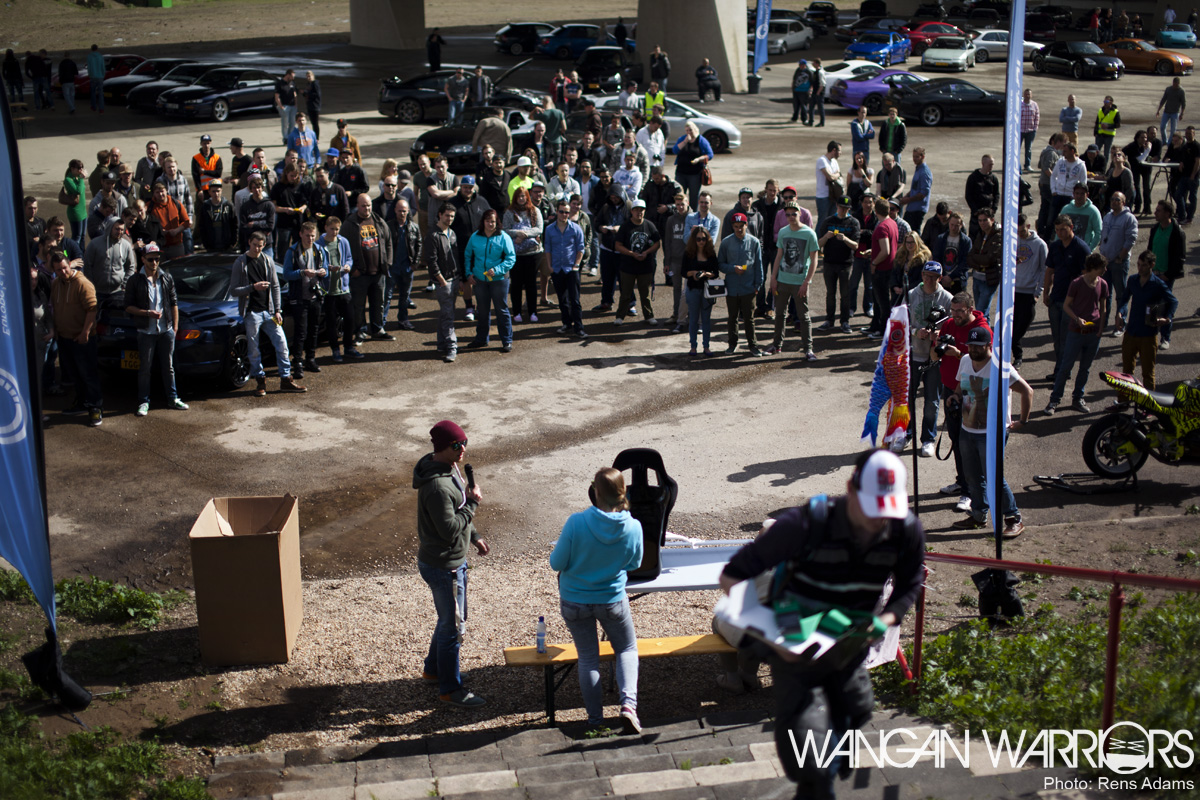 Maurice, one of our editors, was kind enough to do the presentation for that and had the honour of offering the lucky winners their trophy. I hope everyone is happy with their prize and puts the car parts to good use. The day was slowly coming to and end and most people lingered around at the location for a little while in the not expected but oh-so-welcome sun. 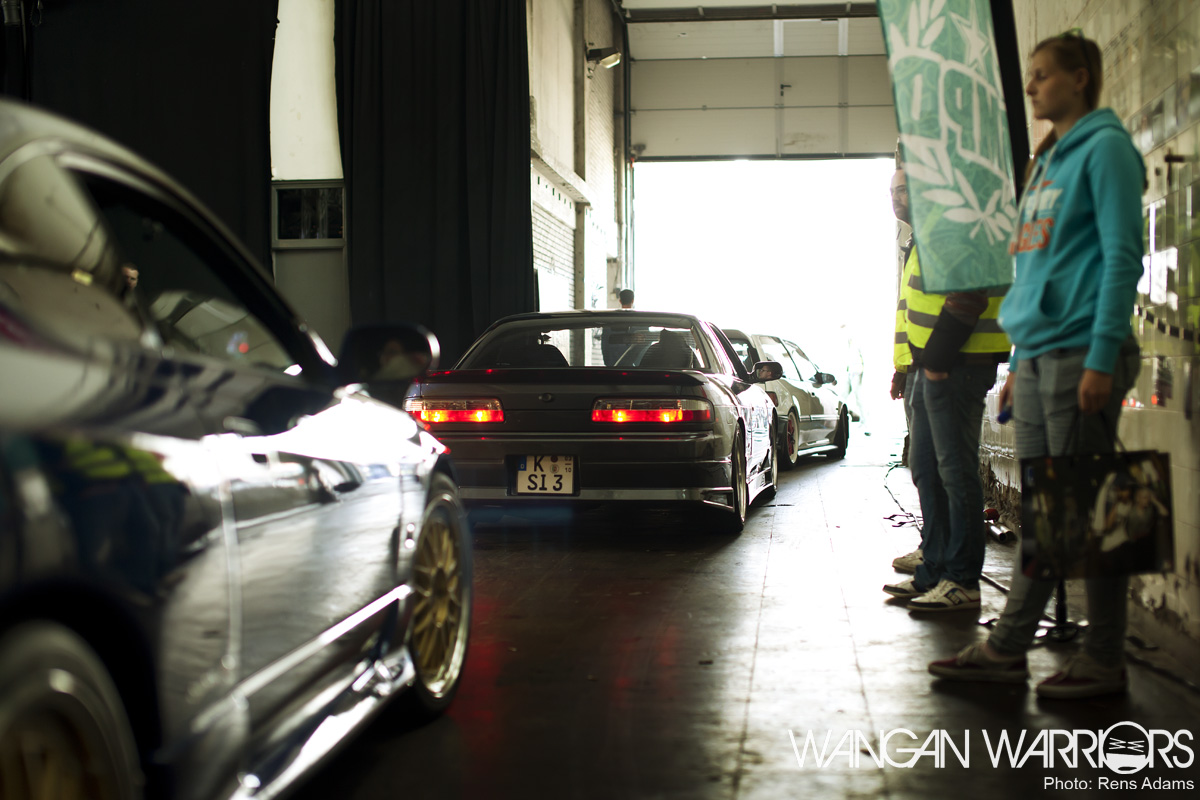 Most people still had a long drive ahead of them so we opened the gate of the indoor area when the majority of the visitors left. I can only come to the conclusion that we are very thankful. Thankful for all the people who came to the event, thankful for the DMPD organisation for helping us out so much, thankful for all those loyal people who keep returning to our events and I could name 1000 more things we’re thankful for. 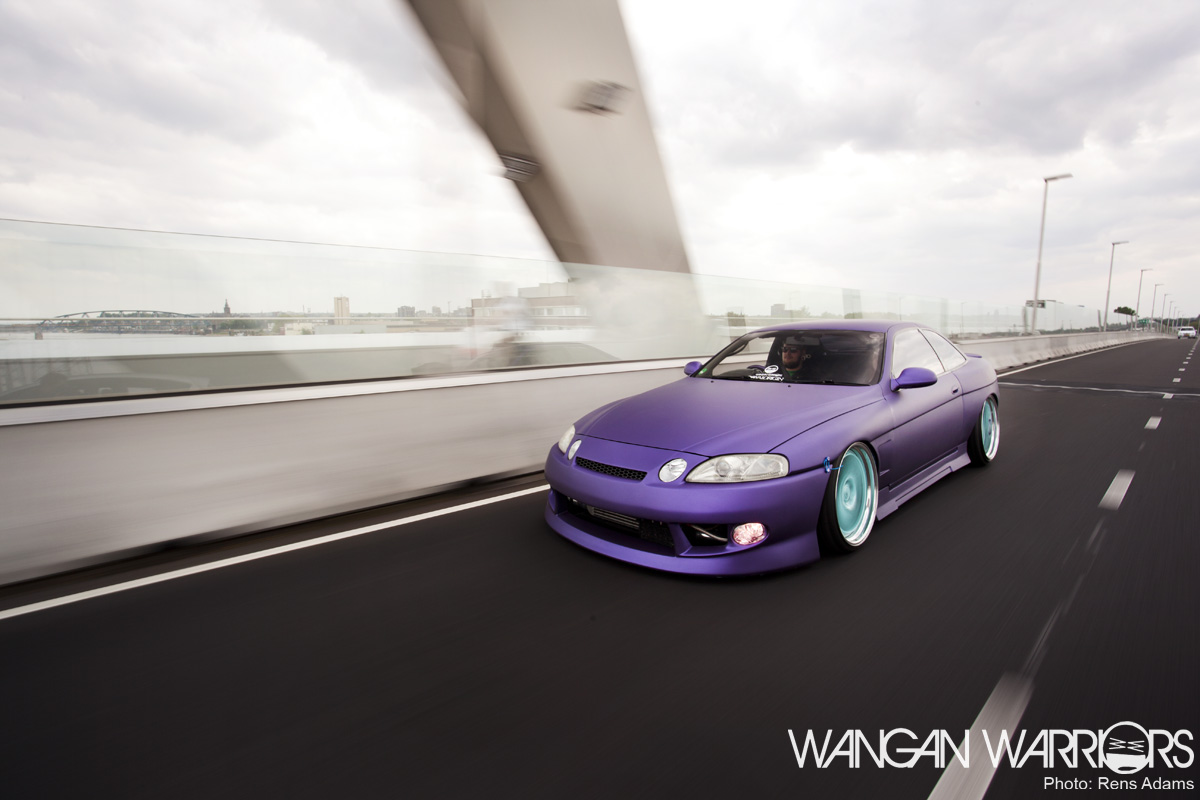 I have to point out that we’re far from done with our event coverage after this article. Alex, Maurice and Allard will all have some nice coverage ready for you in the coming days and weeks. A shout out to the person who drove all the way from Leipzig Germany, Kai Dörge and his girlfriend, we hope it was worth the roadtrip over here and we would be happy to welcome you at our future events. There is a cool feature coming of your car as well! 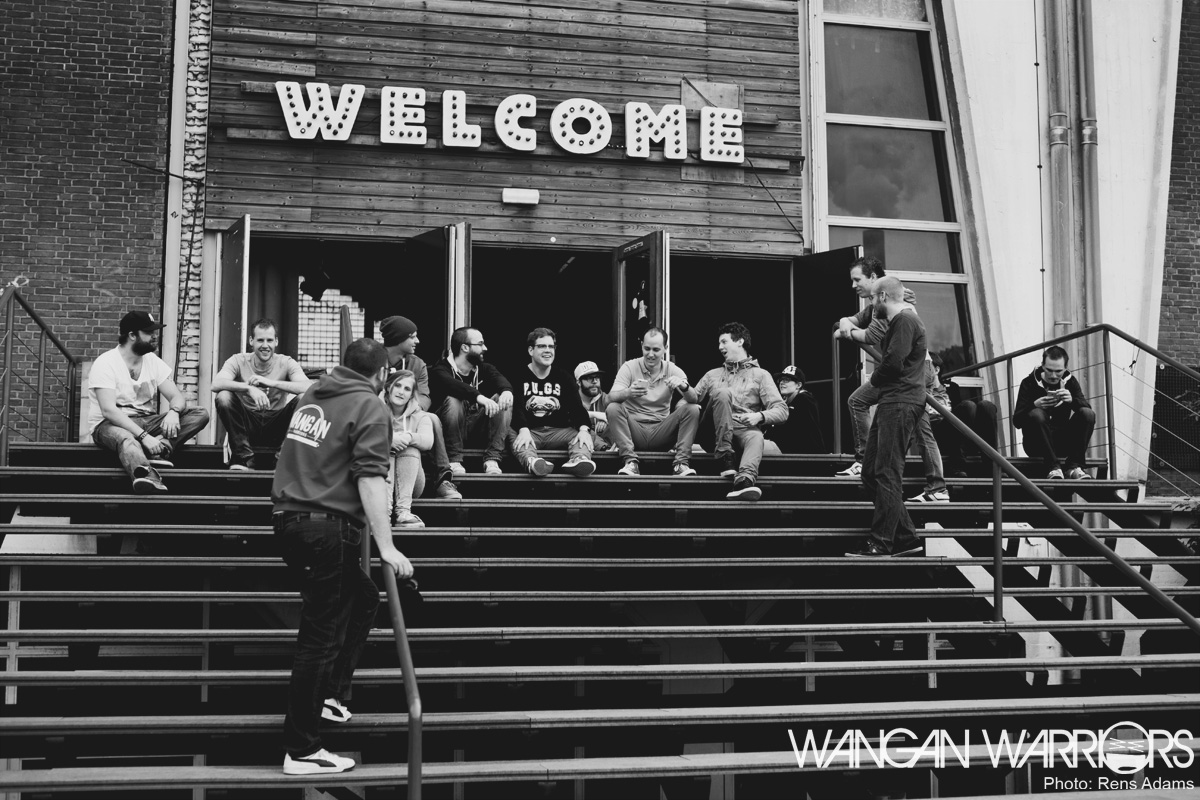 What’s next? Who knows, time will tell I guess… We will all have to take a moment and clear our heads for a second and after that we’ll make plans for the next big step. Thanks again to everyone involved and on behalf of Wangan Warriors, we salute you! See you next time!