We work hard. We work to provide for our families, pay our mortgage or to maintain our passions. I’m no exception. I’m just your average Joe with a passion for cars and cameras and I have the great pleasure of combining those two, here, on our humble blog. It’s mostly during the late hours of the day that I’m working on my passions, either browsing the web for my next subject or working on my own subject. But sometimes life gives you lemons. And when it does it’s best to make some fine lemonade! 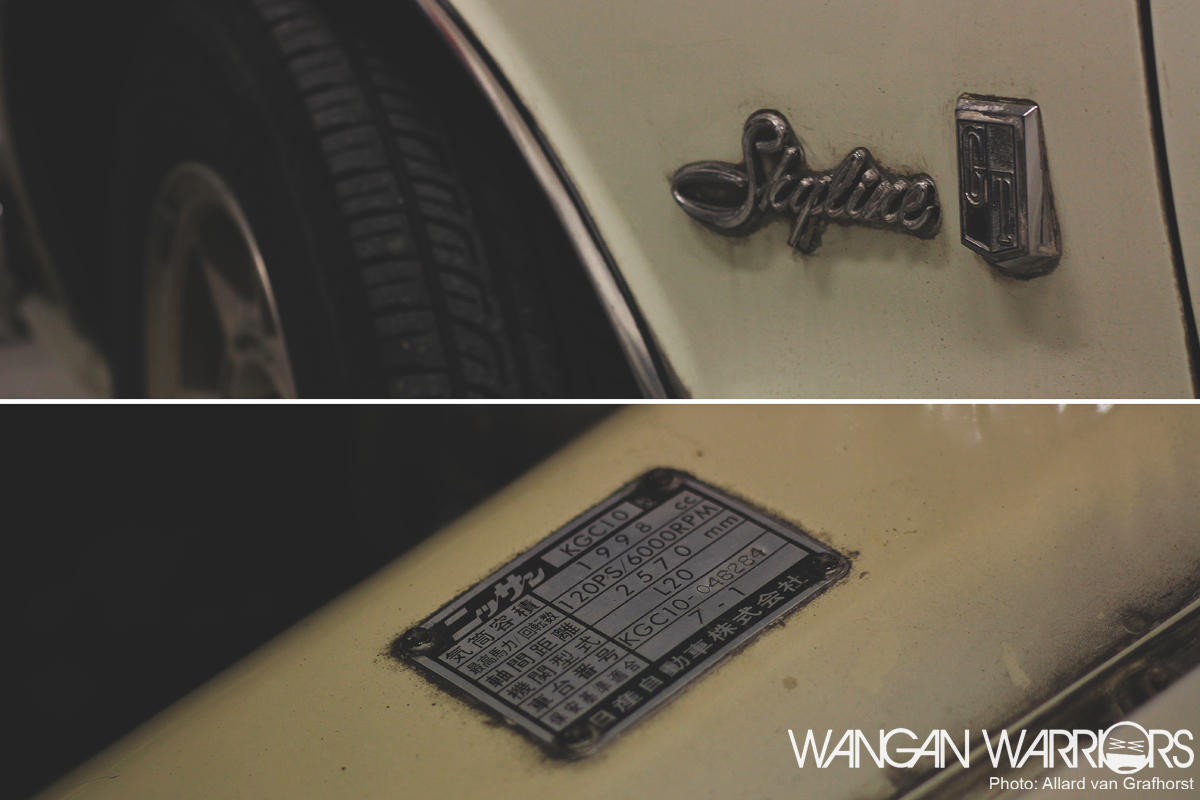 The lemon in question presented itself during an average day at work. I got a Facebook message from Jeroen from DBM-engineering with his phone number and the question to give him a call because he had something that could turn out very interesting. I’ve never spoken with him before but let’s say that his phone was ringing two seconds after I read his message. 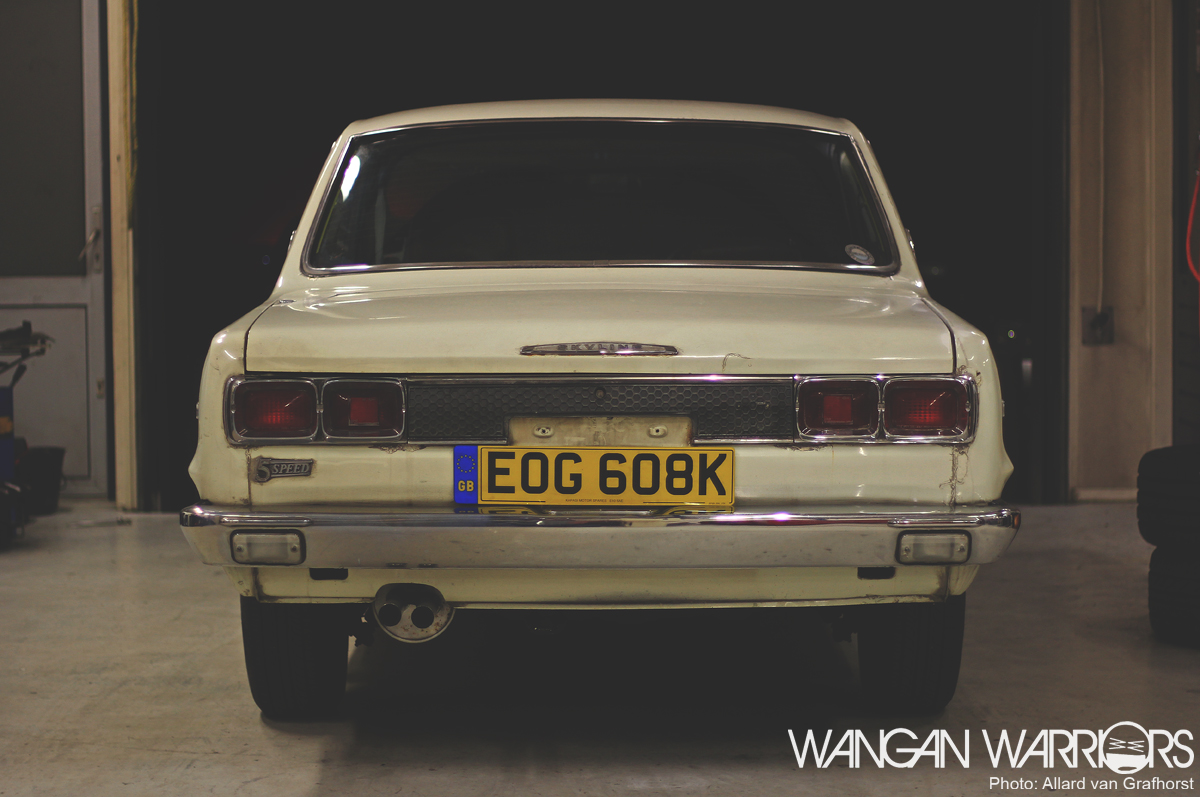 Long story short; The good people of DBM-engineering just got a Nissan Skyline KGC10 from a customer for a complete restoration but with a twist! And Jeroen wanted me to follow the complete build from start to finish! Like I said… sometimes life gives you lemons and all of a sudden I had a craving for some classic lemonade. 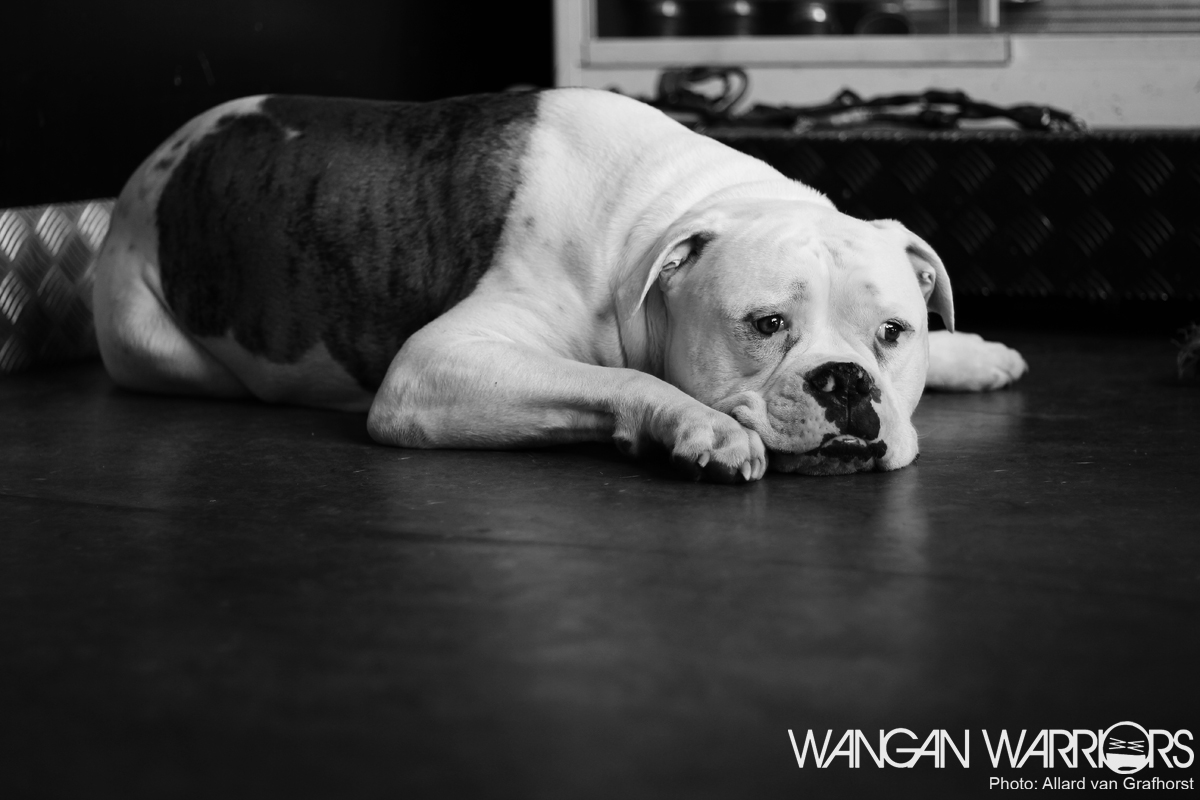 A couple of days later I was greeted by what I thought was a familiar face, Jeroen’s dog Sieb. It turns out Sieb is Nismo’s brother and If you’ve read Rens his article about JB-Tuning, Nismo is the “guard dog” over at JB. As you can see, Sieb clearly takes his guard duties at DBM-engineering very, very seriously. 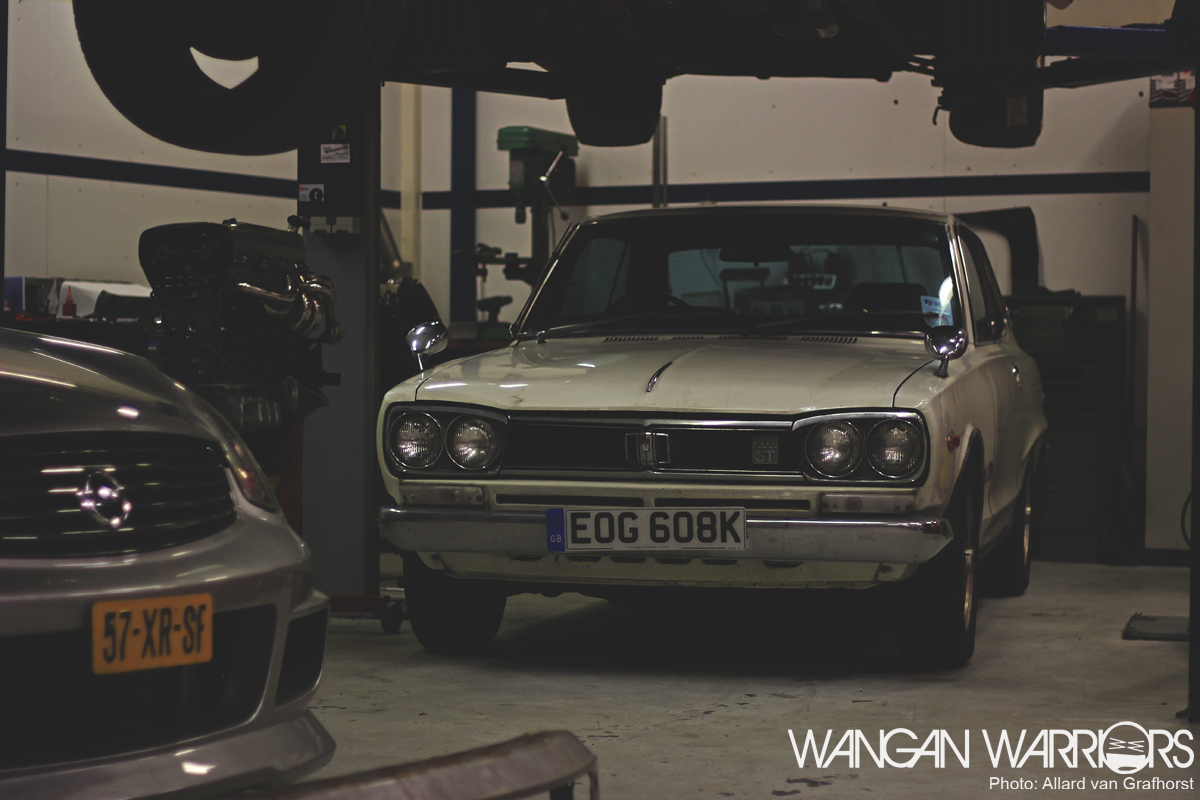 But back to the  reason for my visit! For me the KGC10, also know as “Hakosuka, is one of the holy grails of classic JDM engineering. The only thing better would be a KPGC10, simply put, GT-R. But these are not only much rarer, they are also more expensive and that’s an understatement to say the least. 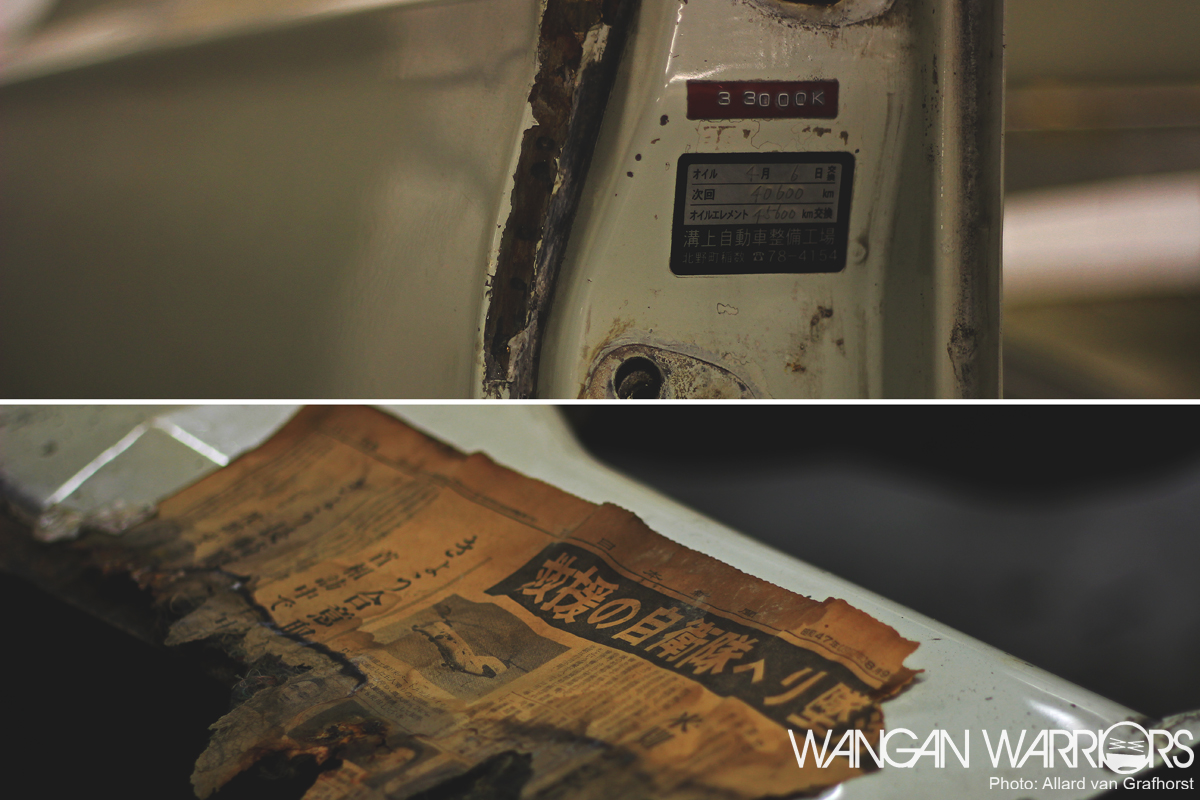 Maybe it’s a good thing it’s not a GT-R because clean examples are hard to come by and I’m somewhat of a purist when it comes to classics. On the other hand, Rocky Auto can eat it’s heart out when this thing is finished! I’m not going to reveal everything as I’m still following the progress on this thing of beauty… 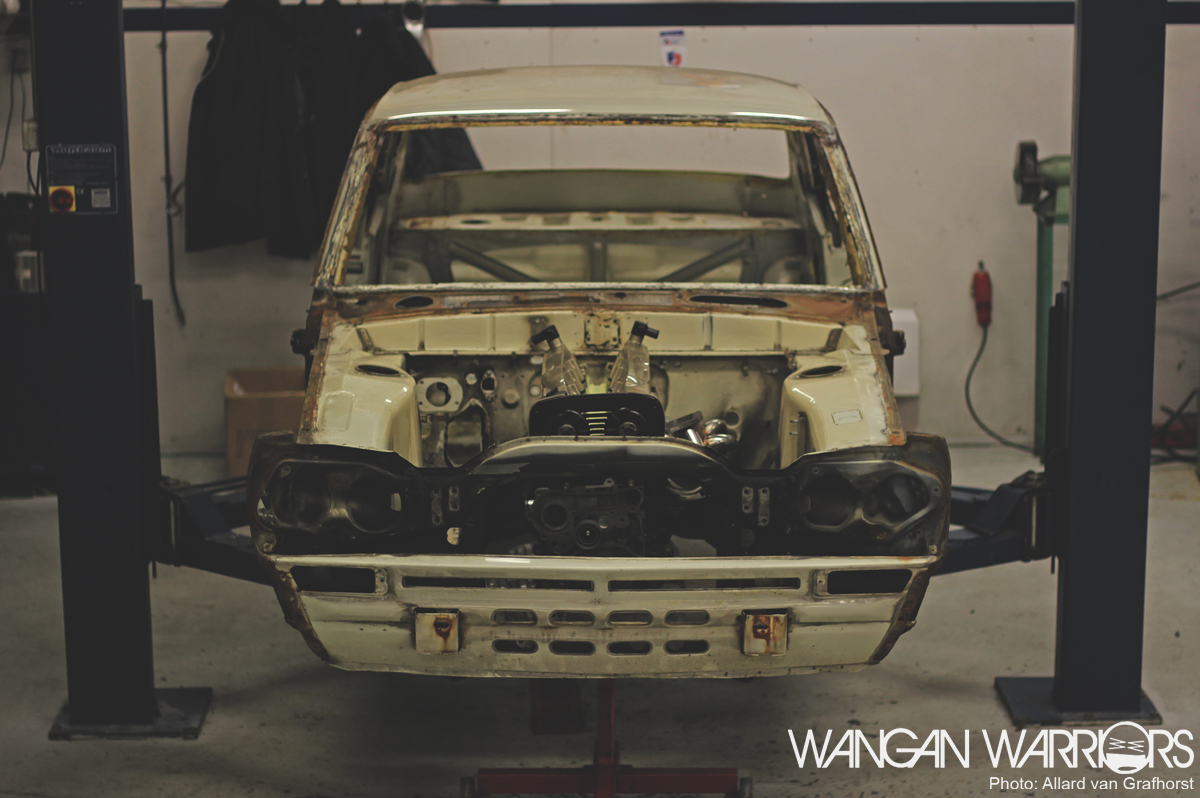 … but let me show you a glimpse of what’s to come! Yes, that’s an RB26 in a now completely stripped out shell…. 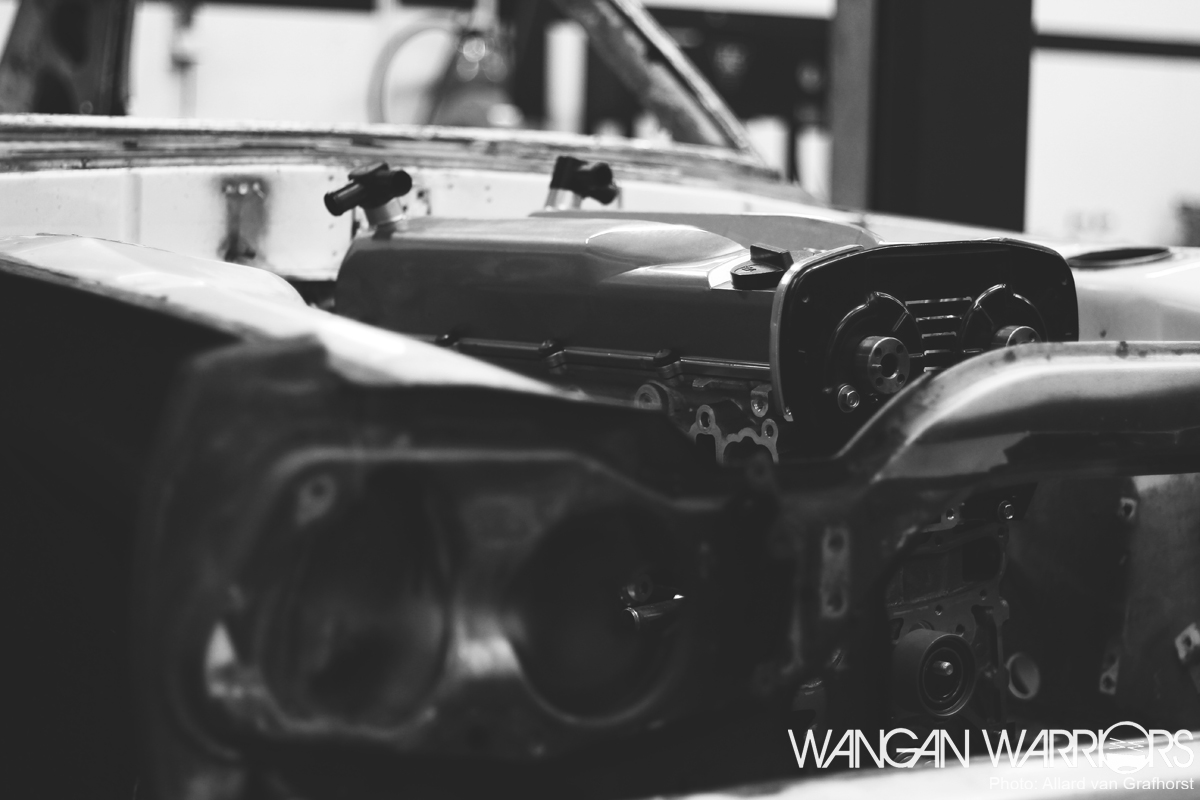 … and it looks right at home! When finished, this car will have a “little” more oomph than she had with the original L20 in-line six engine. But that’s not all! 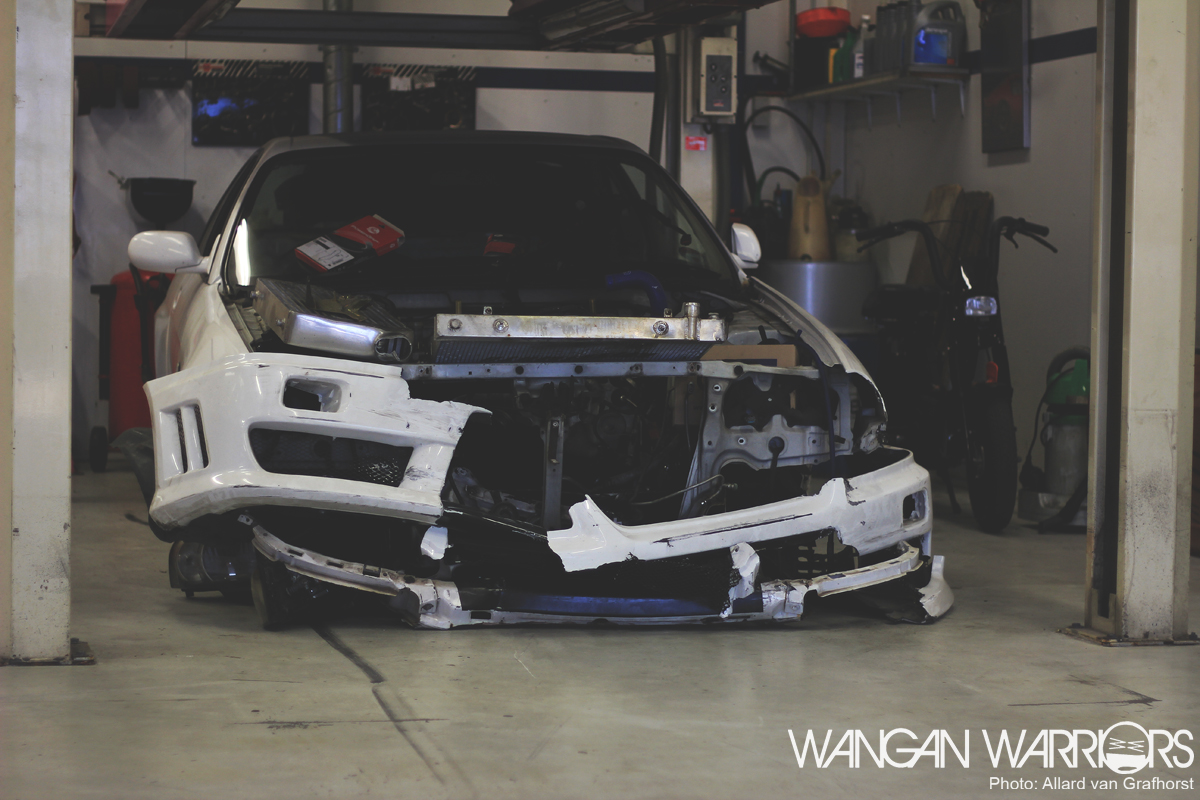 I’m not saying how and what but this BNR33 chassis will provide some more donor parts! Can you guess where I’m going? If so let us know in the comments but I have to warn you, I won’t tell in case you guys take a right guess. Maybe in the next article. 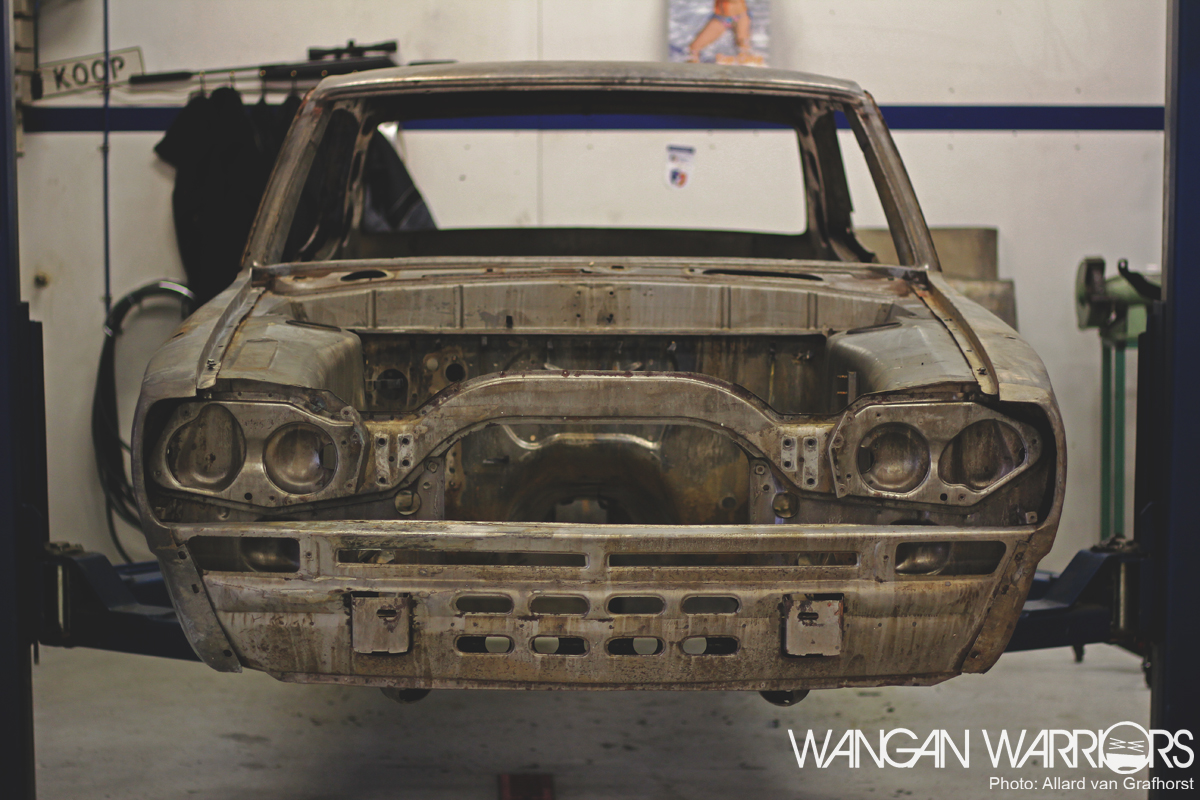 This is the current state of the car. She’s been away for an acid bath, cleaning away years of dirt, rubble and paint, leaving just a naked bare shell. It’s kind of looking at a naked women for the first time! It’s just as sexy. 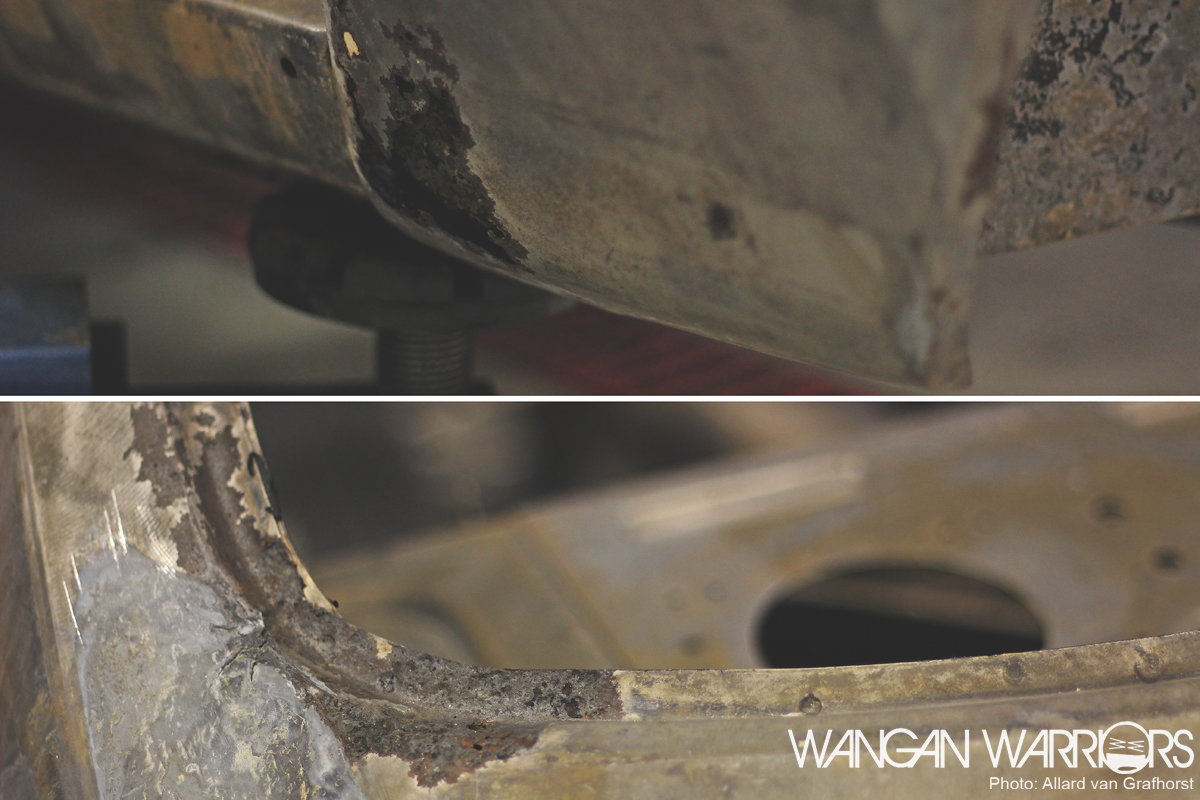 And for a girl her age she’s still in quite a good shape. Rock solid with just a few spots that need attention but nothing some new steel and a welder couldn’t fix.
I’ll be visiting DBM-engineering regularly to keep up with the progress on this old lady’s recovery… 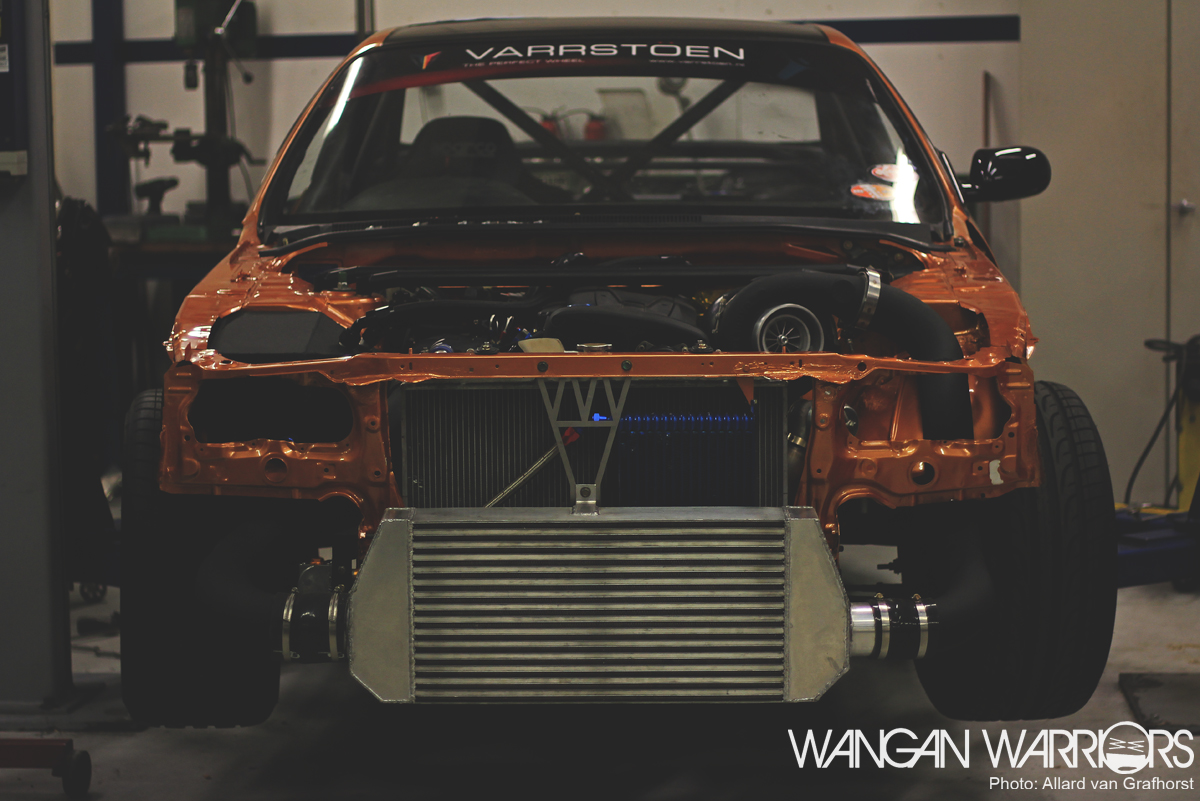 … and maybe for some other fine projects they might have laying around in the shop!
For now I would like to thank Jeroen from DBM-engineering for having me around to follow this icon in Japanese automotive history!