I saw this car attending the 3rd round of the Nürburgring Drift Cup back in October 2015. Simon, the driver/owner, imported this awesome Toyota Corolla from Japan in the summer of 2015. After doing some minor modifications, such as installing a FIA fire extinguishing system and relocating the gearbox shifter position further back,  Simon decided to unleash the car on the famous Nürburgring circuit. 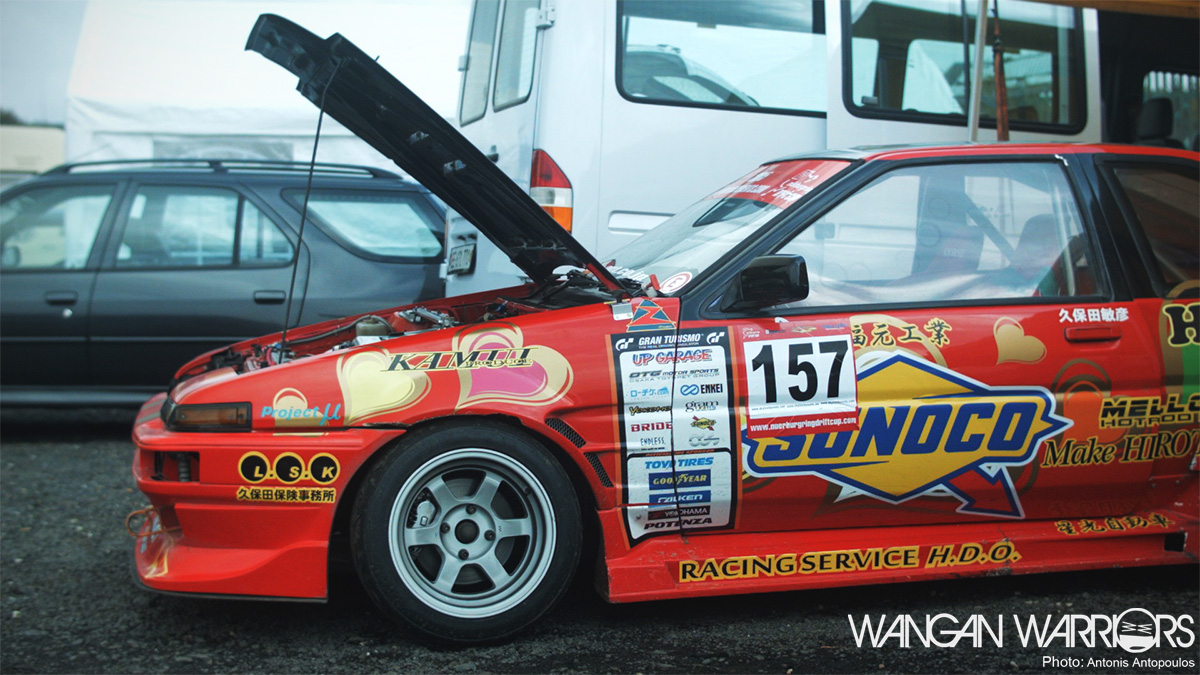 After shortly talking to Simon about the car, I understood that this would be his first time driving the AE86 on a dry track and also the first time drifting at such high speeds with 4th gear entries. So when he asked me whether I would like a ride in the AE86 out on-track, it sure made me raise an eyebrow or two… 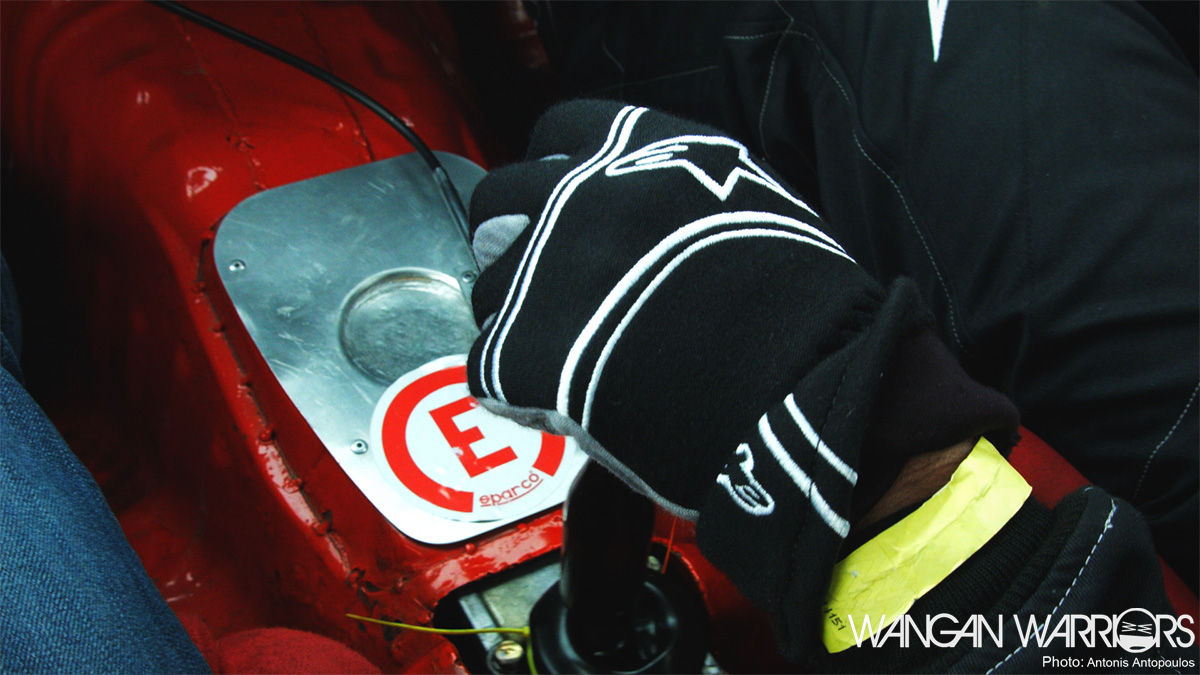 (ofcourse I took him up on his offer!)

Simon said that the car was actually very easy to get a feel for, very confidence inspiring and loads of fun to drive. Having sat in the passenger seat with a huge grin from ear to ear, I can only concur that this little Hachi-Roku is a blast to drive or be driven in! Being an ’80s Toyota Corolla the car is super light, thanks to the 380hp strong and responsive SR20det engine in the front, you can literally flick this car into any corner, stomp on the gas pedal and smoke your way down the whole track. 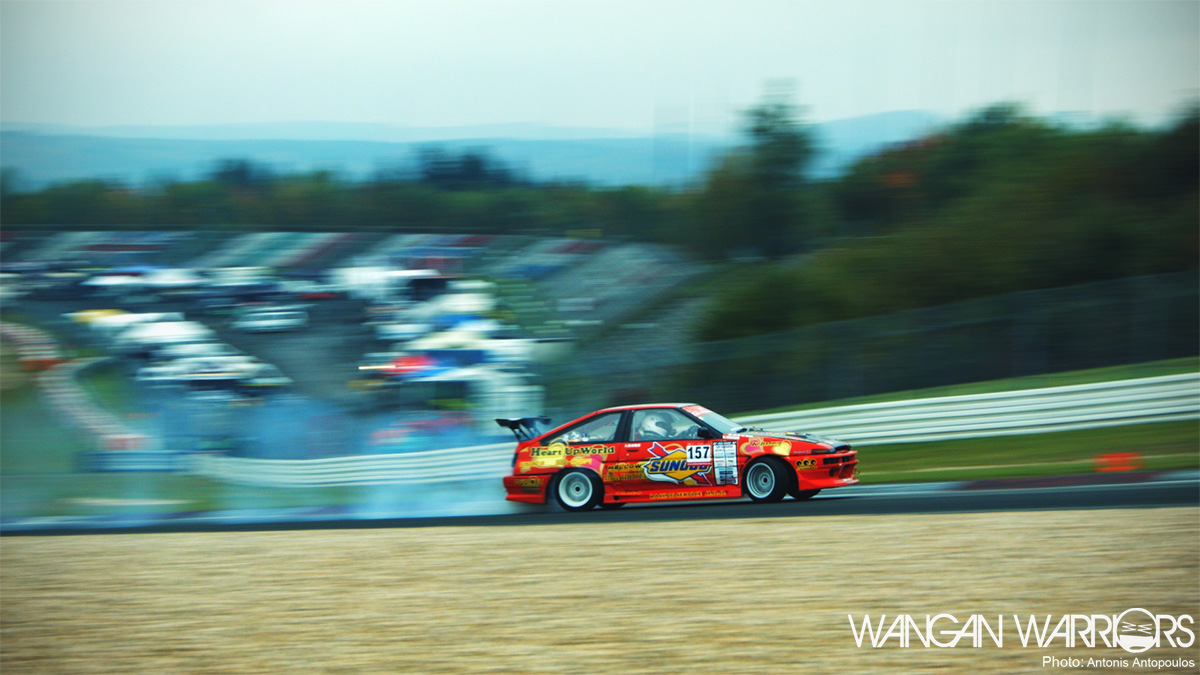 Having previously owned both an AE86 and S14 Silvia myself, I was very interested to see how the car was built and how Nissan’s SR20det was putting down it’s power through the light AE86 chassis.

First stop the engine:
SR20’s are known to withstand 400hp on stock internals, however, the stock turbo cannot output enough air to feed the engine, so an IHI RX6 turbo was added to the mix. (A little fun fact about the turbo: Variations of these were used on the Ferrari F40, Honda F1 turbo cars and ’90s rally cars due to their incredibly fast response and spool-up times.) Unfortunately they are now out of production and very hard to come by second hand. 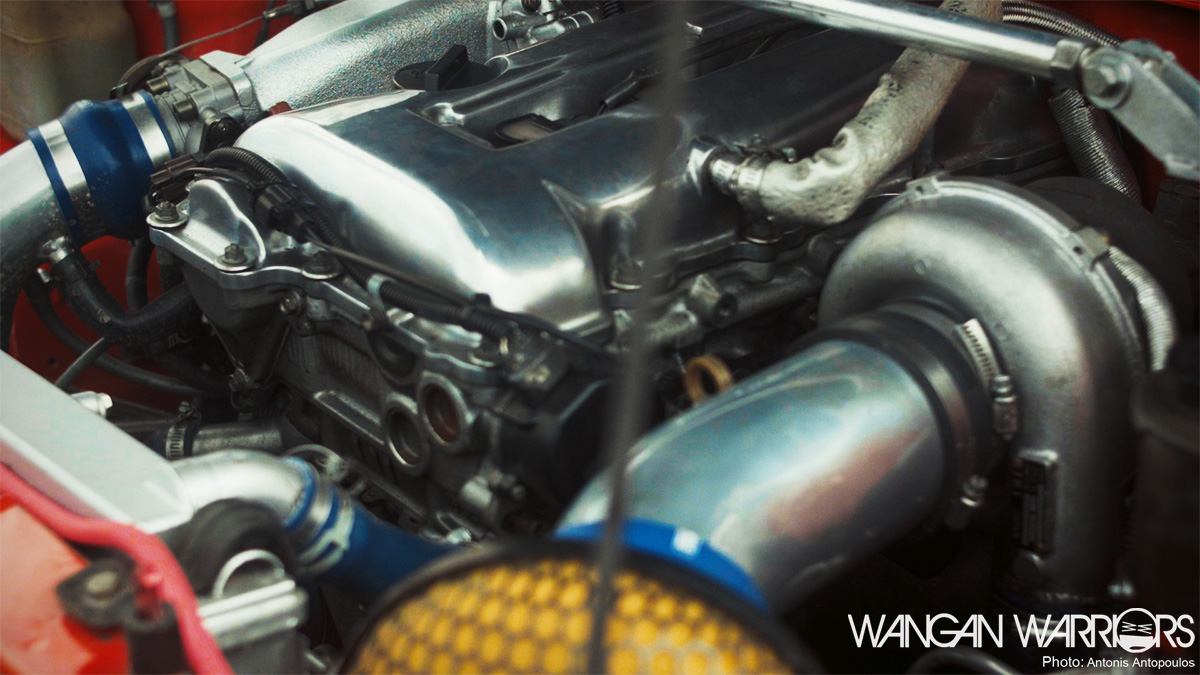 On the transmission side we find a stock SR20det gearbox mated to a GX71 rear axle with an ATS LSD. The GX71 axle swap is a common option for AE86 owners who run over 200hp, since the stock real axles have a tendency to twist and break at higher power.

Inside we find two Bride racing seats, Takata harnesses, a Cusco rollcage with added sidebars, a Nardi steering wheel and a full set of Defi gauges. 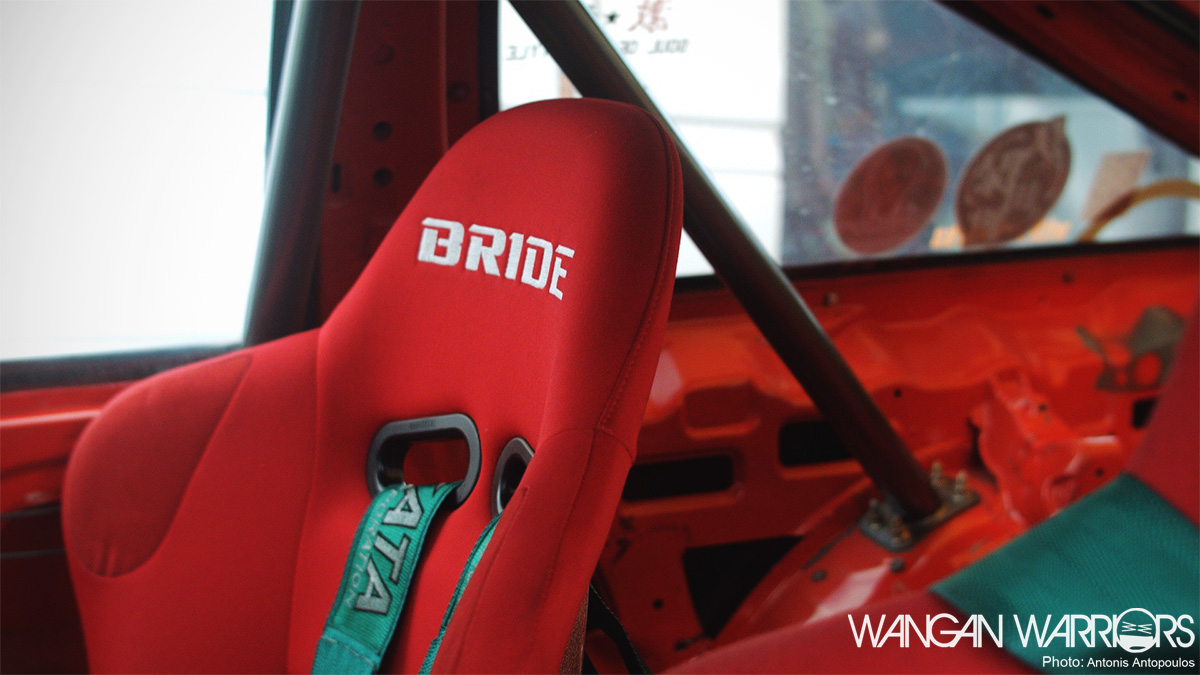 The car is fully stripped, running a carbon fiber hood and FRP doors and hatch with lexan windows all around. This adds up to a grand total of 980kg and 380hp, which brings this old little corolla into today’s supercar league, with a power to weight ratio of 2.58! 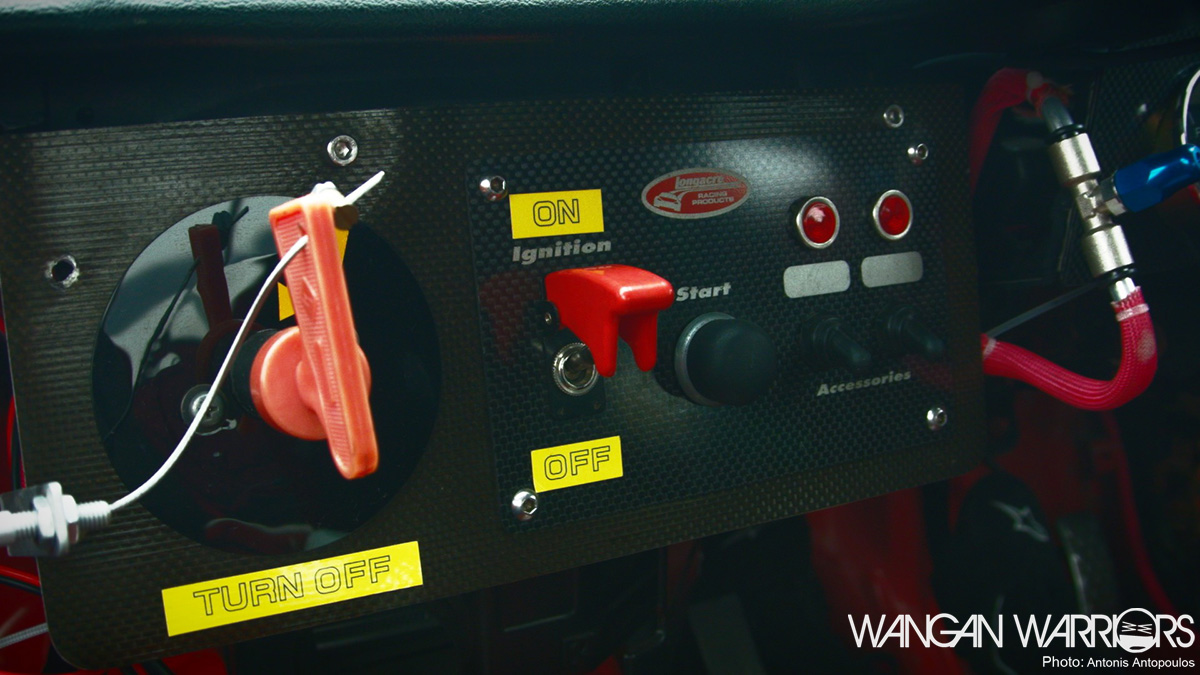 Enjoy the video and keep an eye out for Simon’s AE86 which will be attending the Nürburgring Drift Cup series in 2016 as well!