私は床屋だ、これは私の車です. Not really though, but it is best to not take ourselves too seriously in this hobby. Or in life. It is my personal opinion that when you are open to different people, tastes and cultures you meet a lot of interesting people and stumble upon a lot of interesting thing. “What has this guy smoked that makes him ramble like this?”, you might ask. Well nothing to be honest, but this look at life is indirectly responsible for me sitting here writing this first paragraph. And everyone knows first paragraphs are always the hardest. Therefore, let me no longer bore you with my profoundness and allow me to introduce myself first. 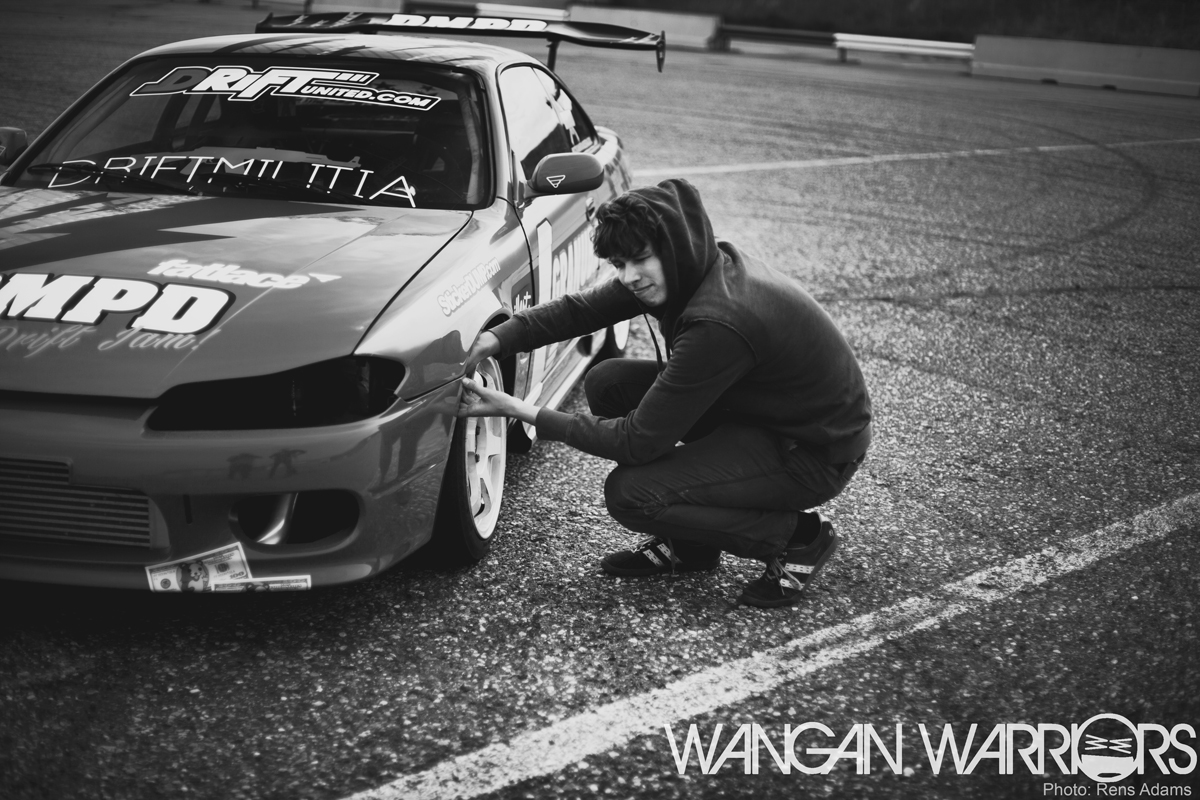 Let’s get back to the basics. My name is Bop Westerduin, I’m in my (early) 20’s and I work at a major construction firm as a Mechanical Engineer. At the age of 13 I was introduced to car culture, and the sport of drifting to be precise, for the first time. I had gotten into RC-Drifting which is where I met Mick, the owner of this S14 which has graced this website some time ago.
Things progressed naturally from that point and by the time I turned 18 and got my drivers license the hi-oku was running through my veins at full boost. Even before I was allowed to drive I already had a few laps of Zandvoort under my belt courtesy a now-deceased Ford Sierra and I was in the market for a car of my own. 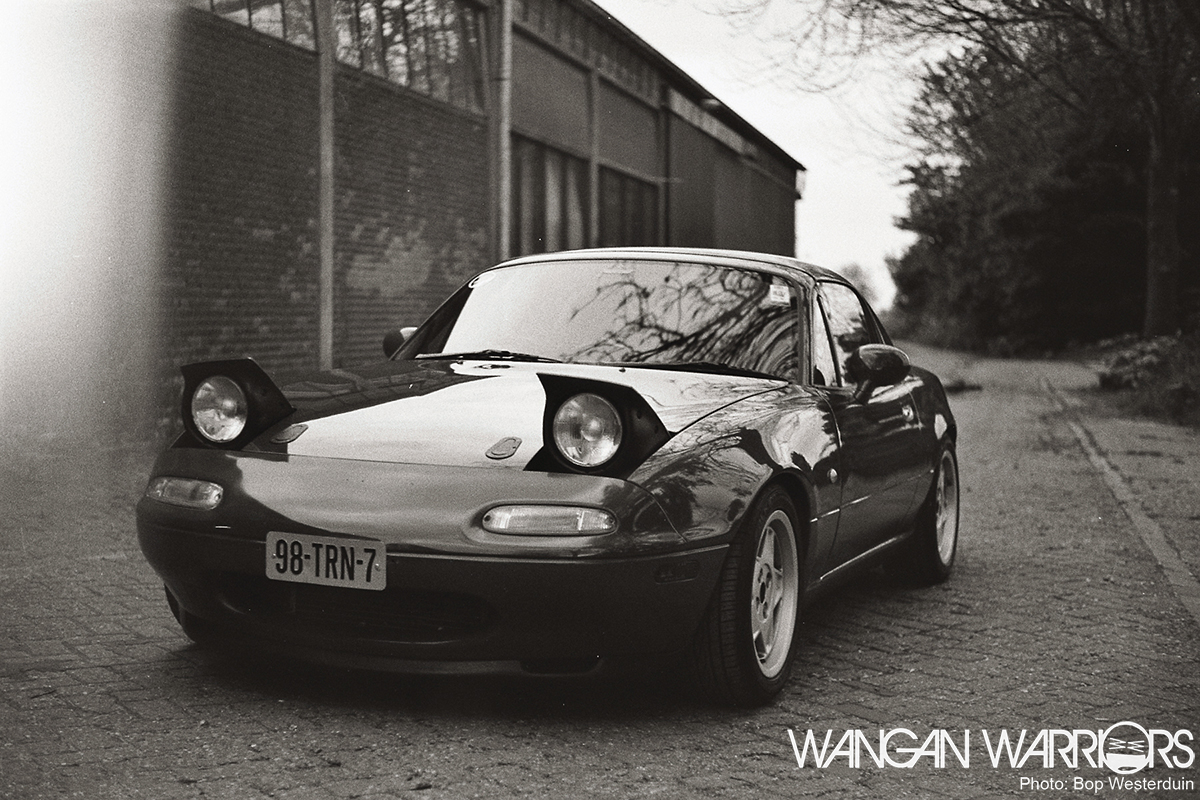 The Mazda Miata <3 Or, in my case, a Eunos Roadster imported straight from the motherland. When it rolled out of the factory in Hiroshima 20 years ago it was a 1.8l Sport-Edition boasting just over 100kWs (or 138hp) which was delivered to the rear wheels through a 1.5-way limited-slip differential. Ever since the first time I had a go in a Miata I was hooked on the nimble and razor-sharp chassis which, combined with the front-engine/rear-wheel-drive layout and near 50/50 weight distribution, is #joyofmachine in it’s purest form! 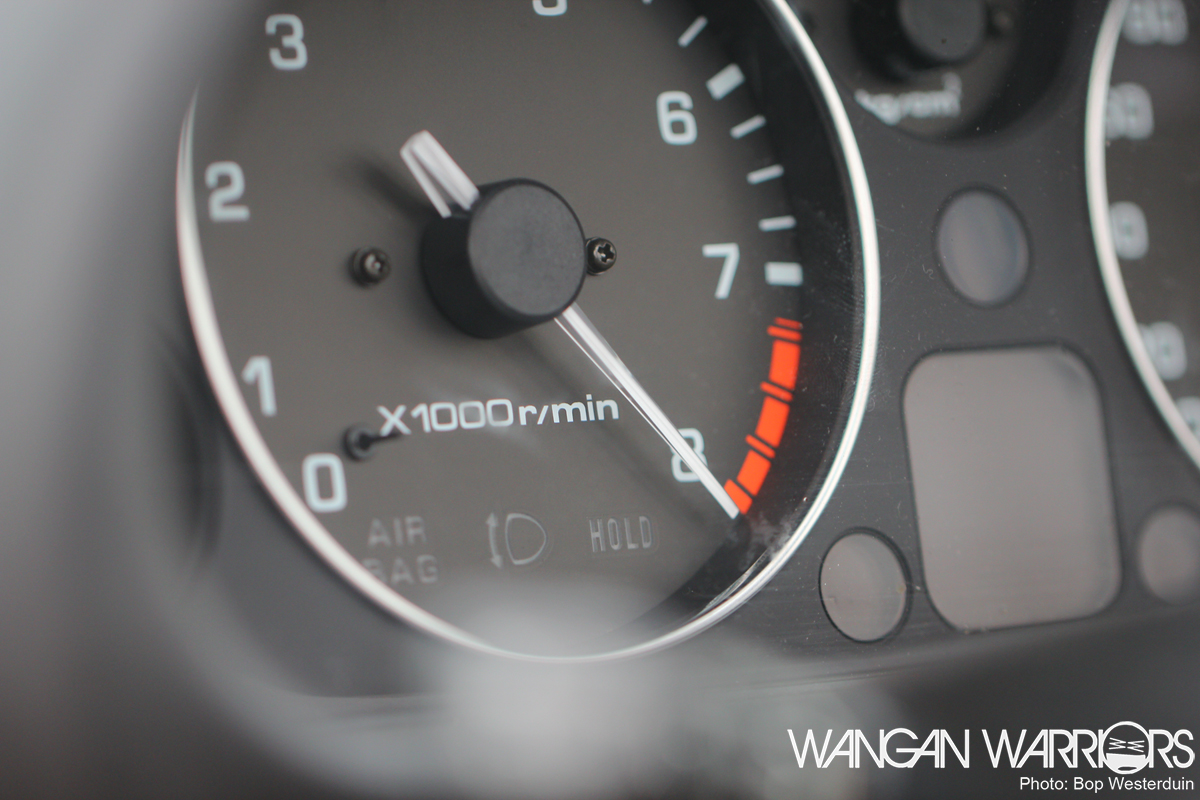 Ofcourse, things didn’t stop there. The image above proves this point. I’m not going to go in too much detail as I’d like to show you the car in detail once I’m done with this winters’ mods, but lets me just inform you that the stock engine only revs to 7500 rpm.

Alright, enough banter about me and my ride. Most people know the Miata carries the image of a ‘hairdressers car’, hence the opening of this article. And fair enough, when I bought mine most of the MX-5 owners were either mid-life-men or females. But as the Miata got more affordable over the years my generation started appreciating this little sportscar more and more until, eventually, a little ‘subculture’ was formed called Roadster Crew. 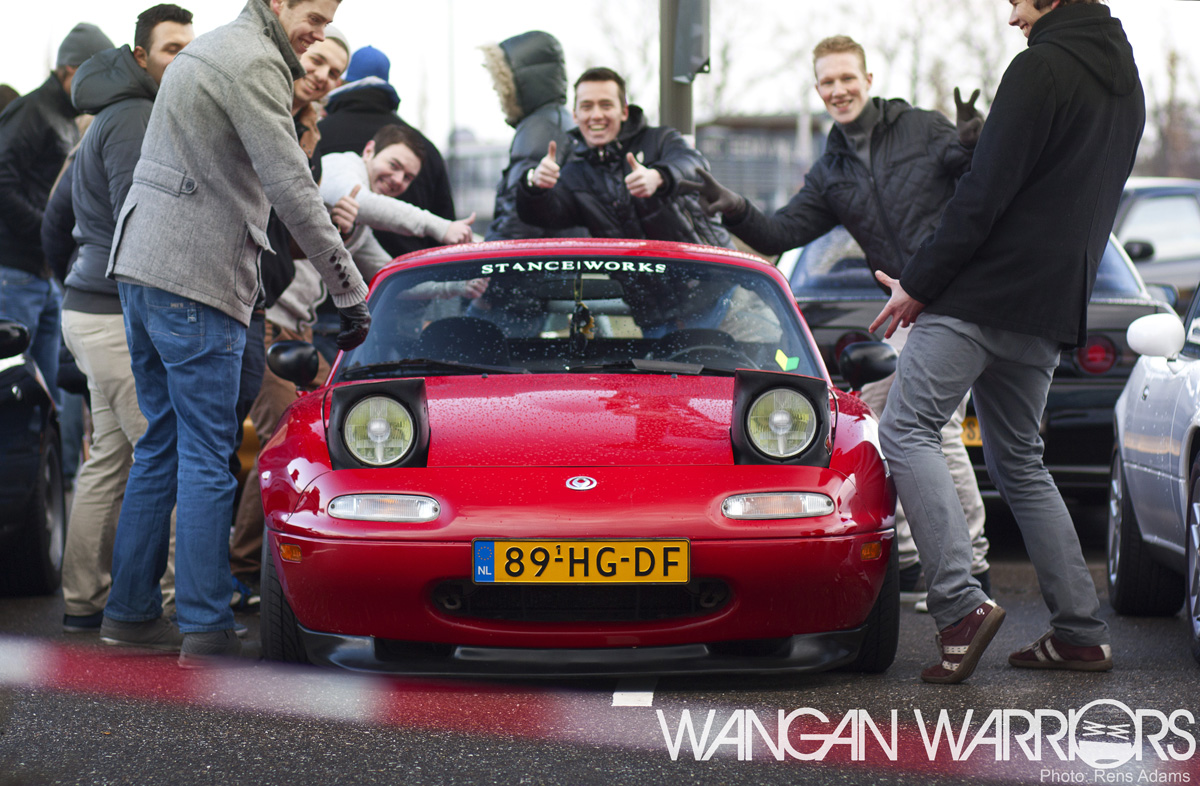 You’ve probably seen this looney bunch on here before as we tend to not take ourselves too seriously whenever a camera is pointed our way. And personally, that’s the way I like my car culture the best; having fun with friends, looking at other peoples’ rides in an open-minded way and just thoroughly enjoying yourself with some bacon and eggs on the side. Sure, I too have a personal preference when it comes to modifying cars but that doesn’t mean I don’t like to taste different flavours. Whenever I see a car that I connect with I try to find the owner to hear the story behind the choices. Even though I’m a bit of a Mazda man for me it’s more important what’s behind a certain build than the badge it wears.
Which brings me to how I got here. 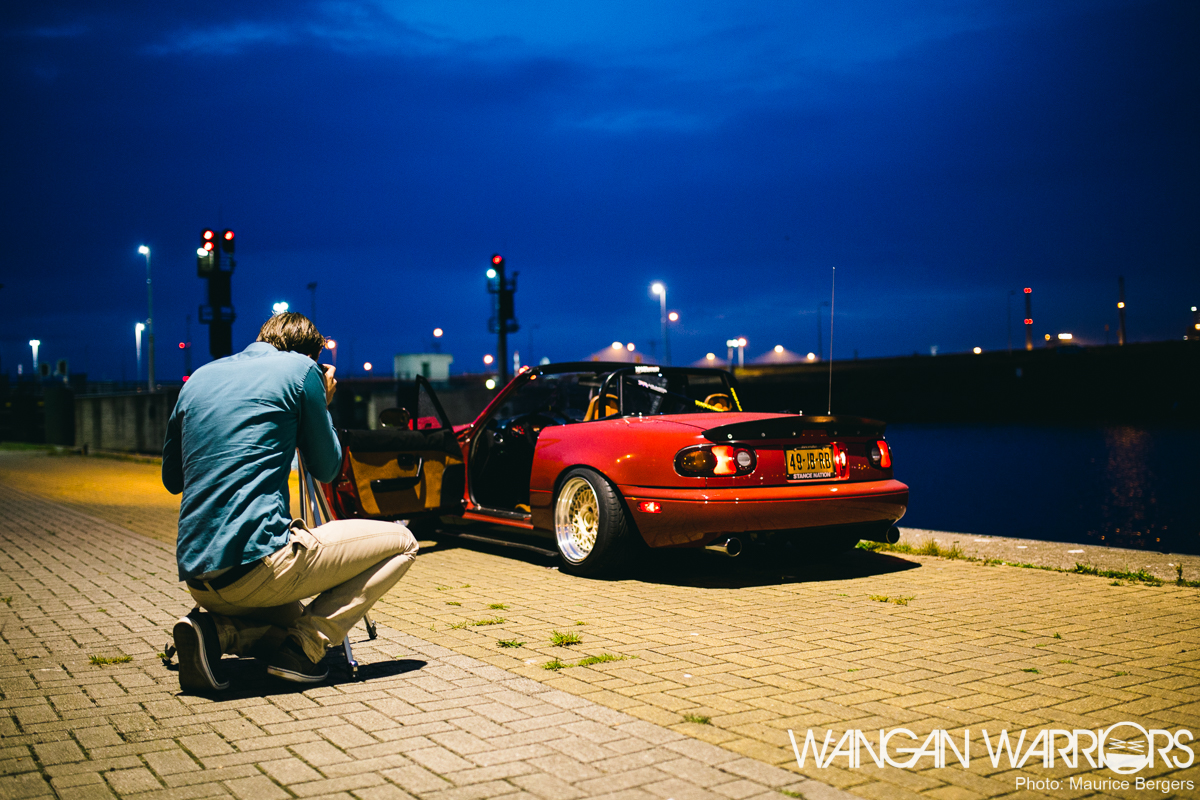 I’ve known the Wangan guys for a few years now and I’ve always been really excited when a new blog was announced. I myself have written quite a few articles on different blogs and magazines over the last few years, and somehow the guys must have gotten wind of this because earliers this year I was approached by Rens. The question was if I’d be interested in becoming a writer for this blog. Ofcourse there could only be one answer: yes!

Next to writing I’ll also be co-shooting features, like this upcoming feature I shot together with Maurice. I’m a bit of a hipster as I only have an analog SLR so the shots you see wearing my name are either digitalised or shot with borrowed bodies(I have adapters for my own lenses to fit on Canon DSLR’s). 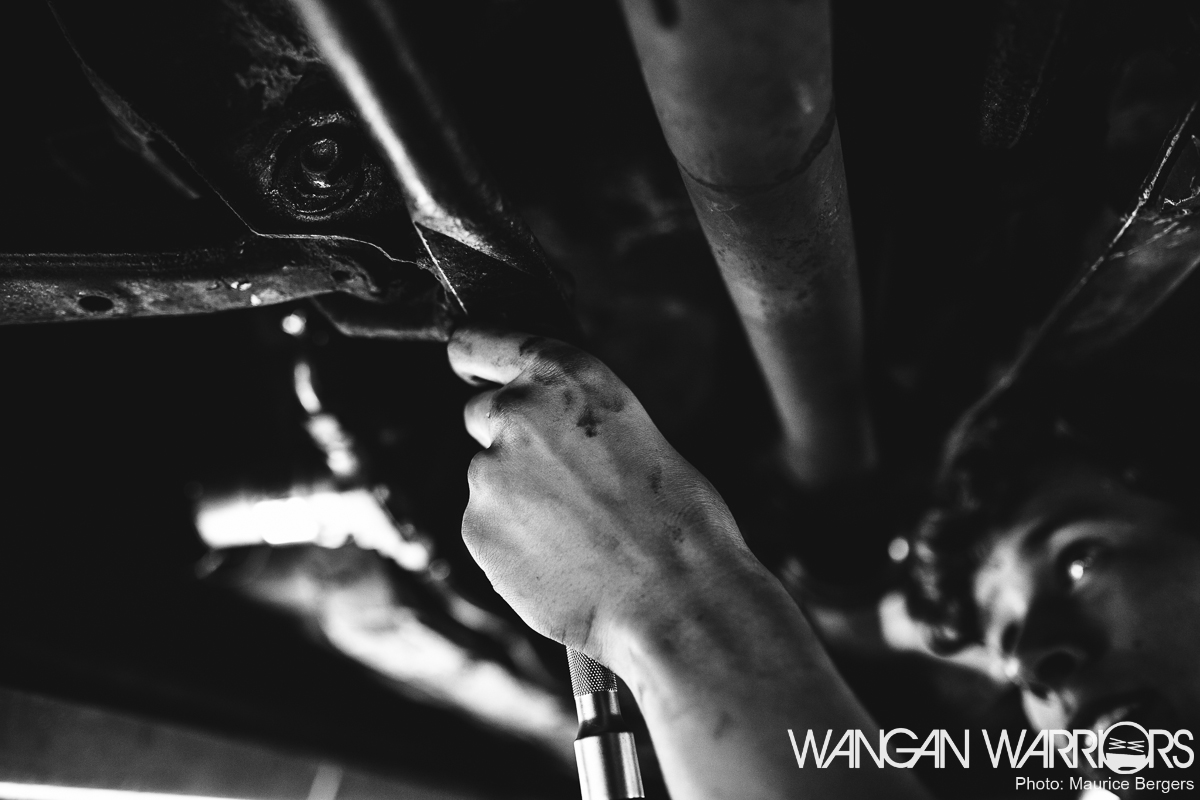 So yeah, when I’m not in the garage spannering away on my own car I will scouring the interwebs looking for possible features and events as well as writing semi-humorously articles for you guys to enjoy. *cue laughter* Until then, I hope you enjoy my writing. LYLT.