Evolution. Mother nature’s way of improving our humble blue planet. We started out as a microbe. The microbe evolved into a fish. The fish evolved into a reptile. The reptile evolved into monkey and the monkey evolved into a human being. The same thing can be applied to the automotive scene and in this case I’ll take our own meetings as an example because it’s a perfect example of automotive evolution at its best! 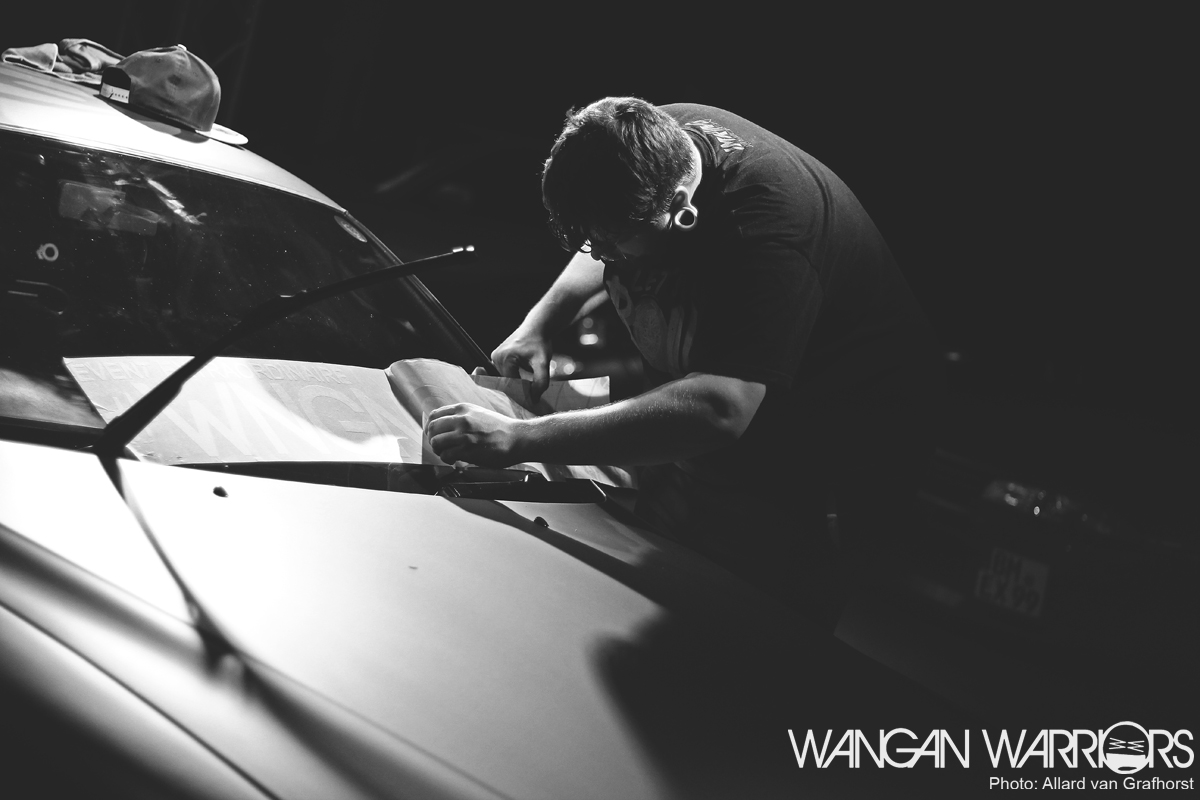 I remember the very first time I attended a Wangan Warriors meet. It was a couple of years ago and a typical Dutch summers day. Which meant that it was pouring with rain! There were just forty somewhat cars and if you double that you have the number of visitors, but still the people that took the trouble to drop by where truly enjoying themselves. It’s safe to say that the warriors made a lasting impression. 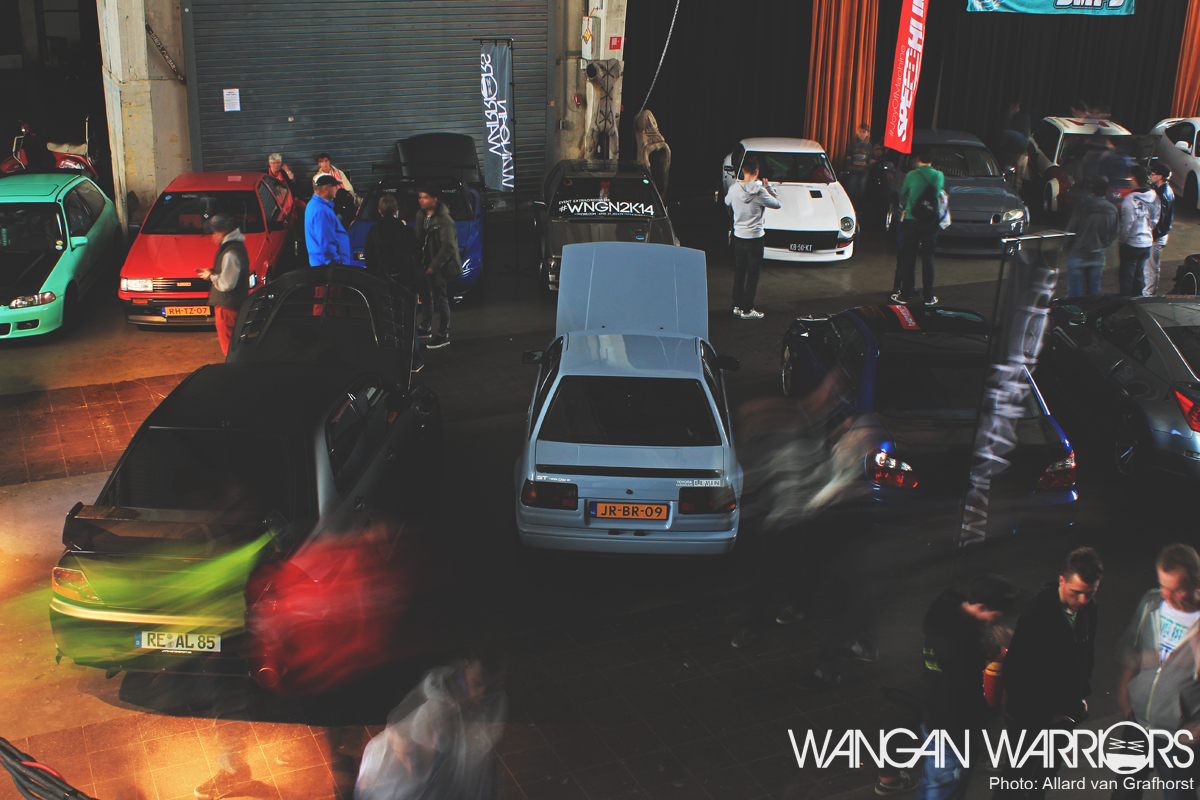 Fast forward a couple of years and I myself am a part of the Warriors family! I dare to say we have some of the most talented people around in our organization and even a blogger in the UK. We’re expanding in ways we couldn’t imagine a couple of years back. We’re truly evolving so it was only natural we would try to do things differently!
Hence, the #WNGN concept was born! 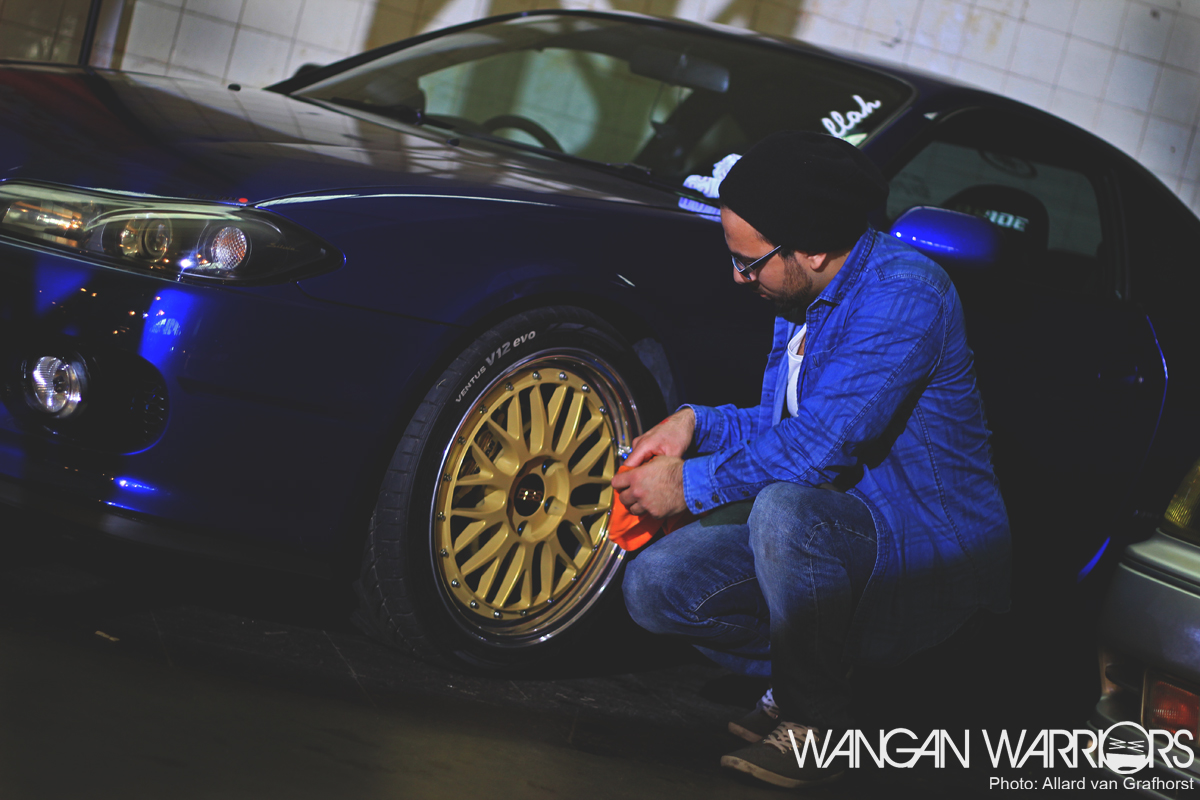 Our “regular” meetings have a very open vibe. Anyone that drives a Japanese branded vehicle is welcome and if you don’t you’re more than welcome as a visitor.
We raised the bar a little with our first real event with two areas for selected cars. 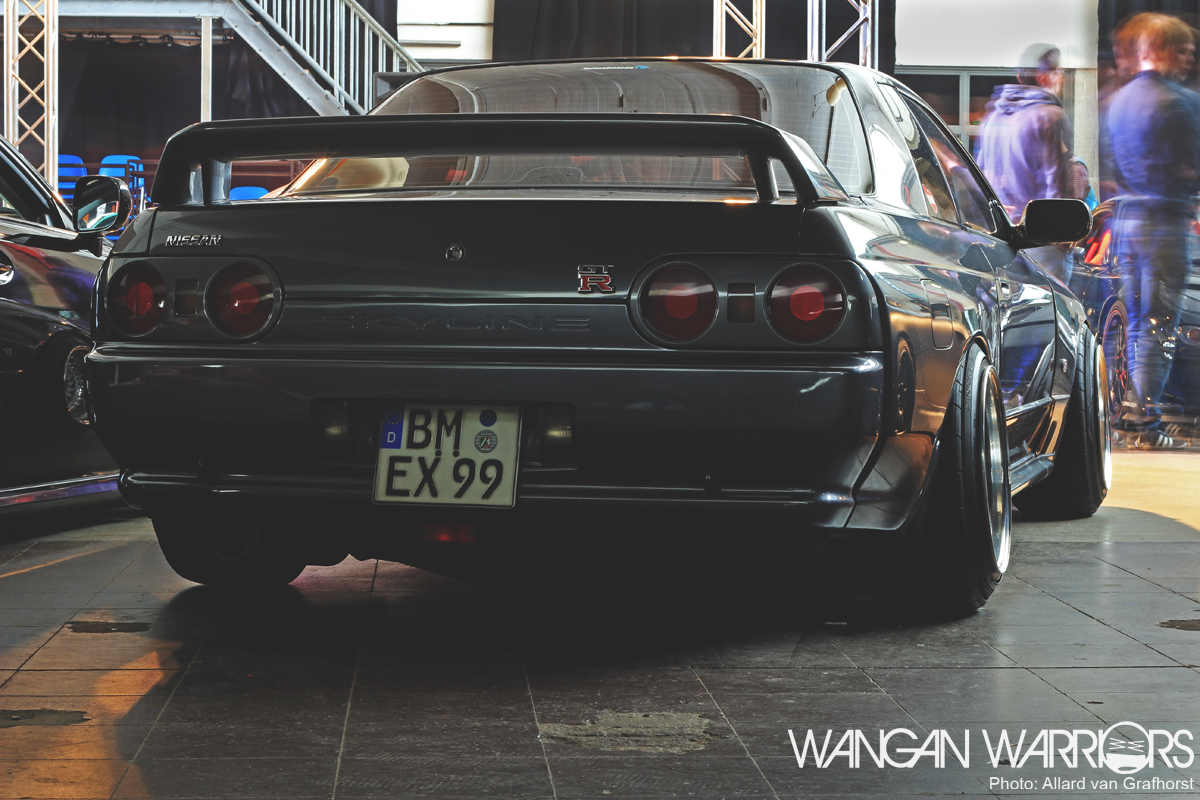 The indoor area was purely meant for pre-selected cars only… 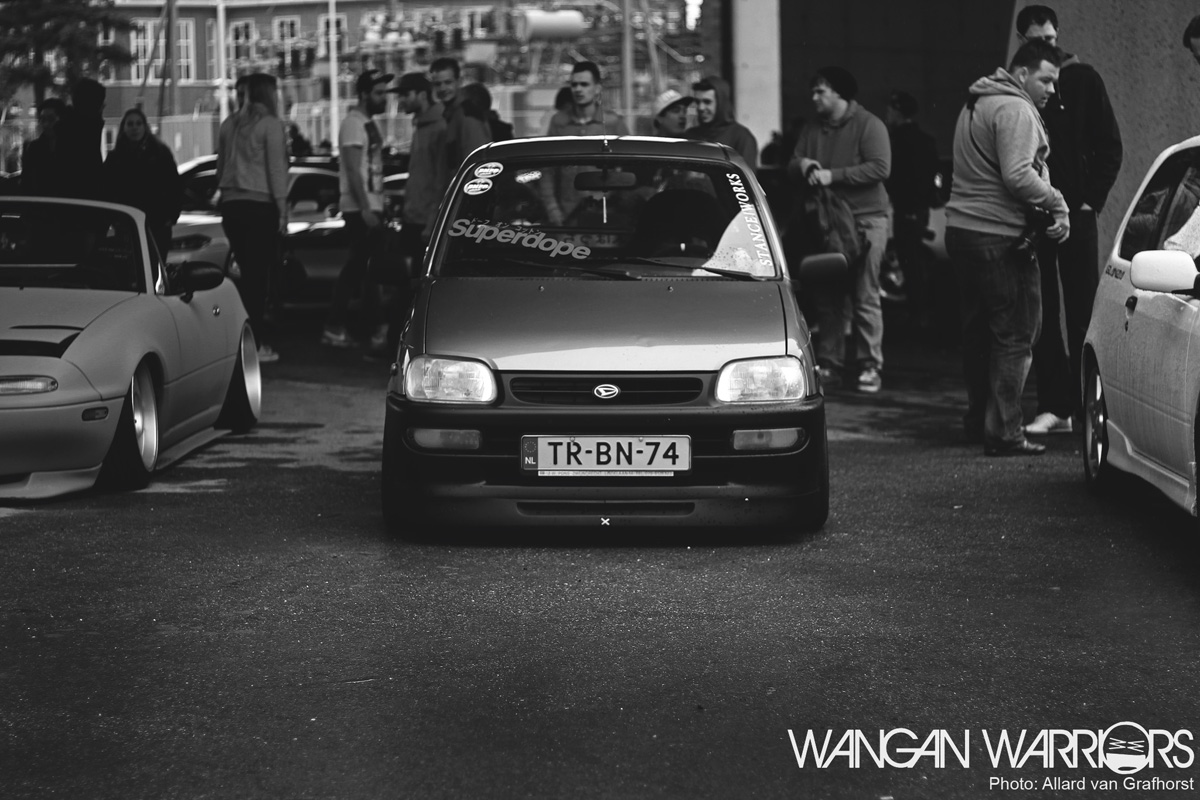 … and the outdoor area was filled with cars selected at the main entrance.
I personally think we had a great mix in both areas of some of the finest JDM material Europe has to offer. Europe you say? Yes! Because we had cars and people from all over the European union. 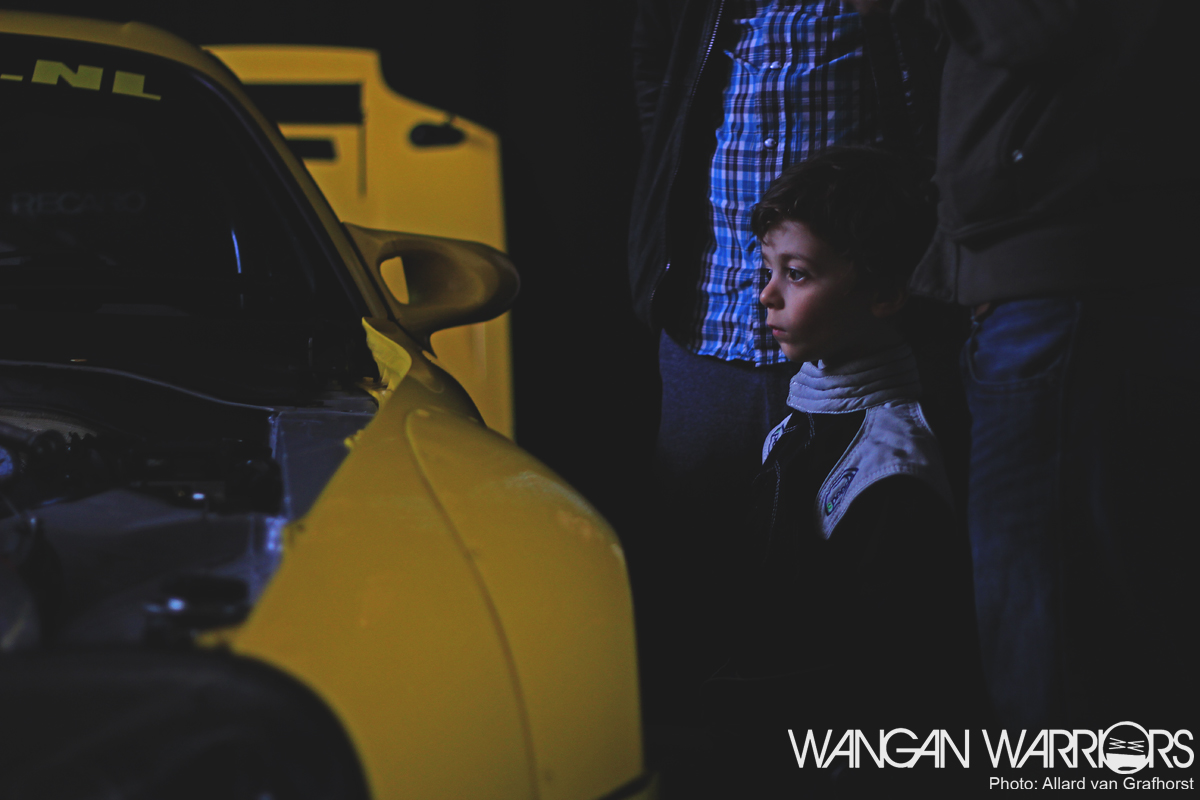 The next step in our evolutionary process has already been made. This little fella was supposed to be go-karting with his dad, but due to the bad weather they decided to pay de Vasim a visit. He’s still wearing his racing overall (with pride)! The level of enthusiasm presented by him was something I recognized from when I visited the Zandvoort circuit for the first time as a kid together with my dad. 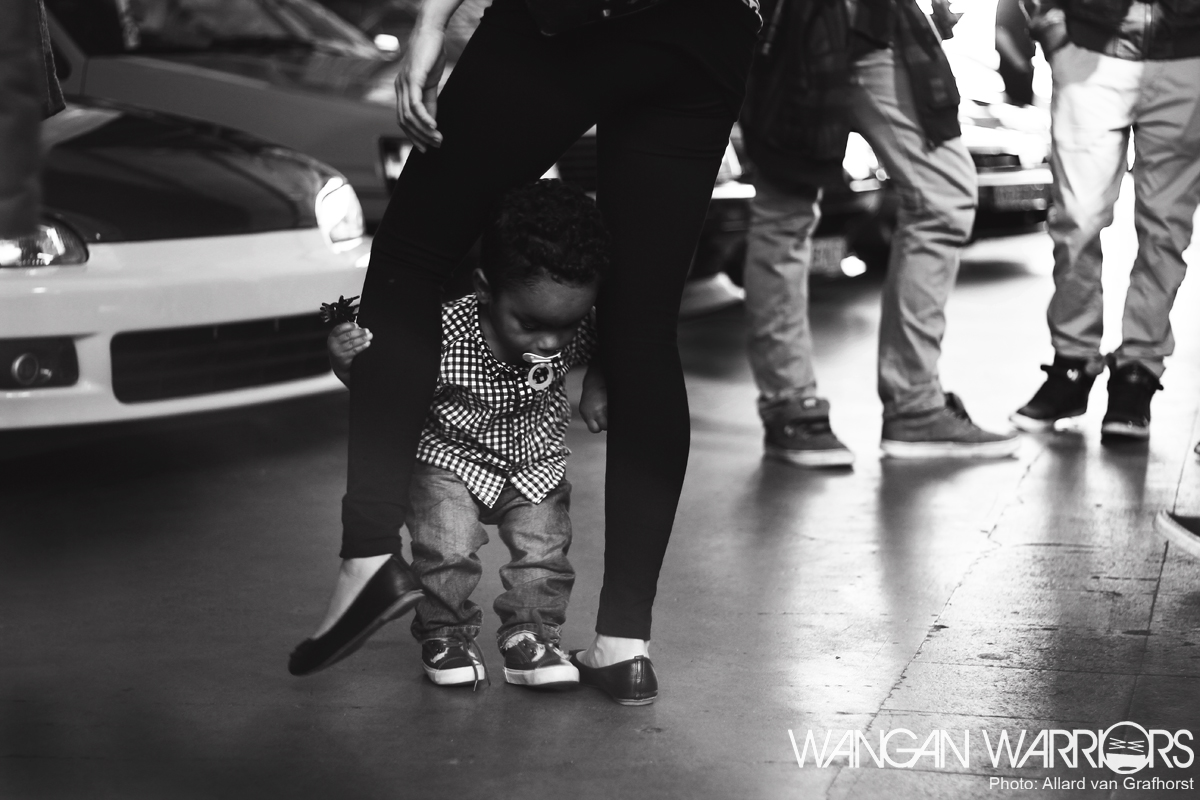 It’s a reassuring thought that the future generation of car enthusiast is guaranteed as he wasn’t the only kid around. But even at a car show you have to make some time to entertain your mom. It can’t be about cars all the time when you’re still in diapers! 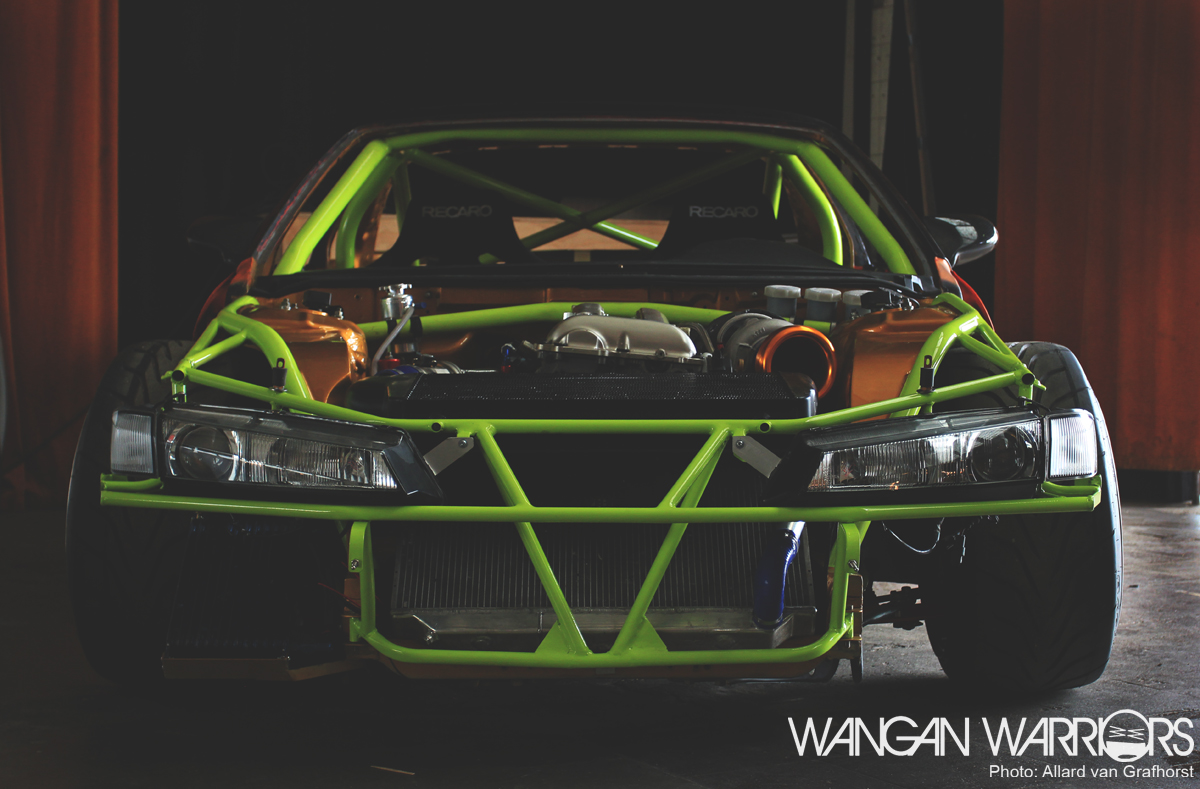 We wouldn’t be where we are now if we hadn’t met some great people along the way! People like Jack from JB-Tuning who brought his insane S14A project instead of his S14 street car. The paint was literally still wet at some places! 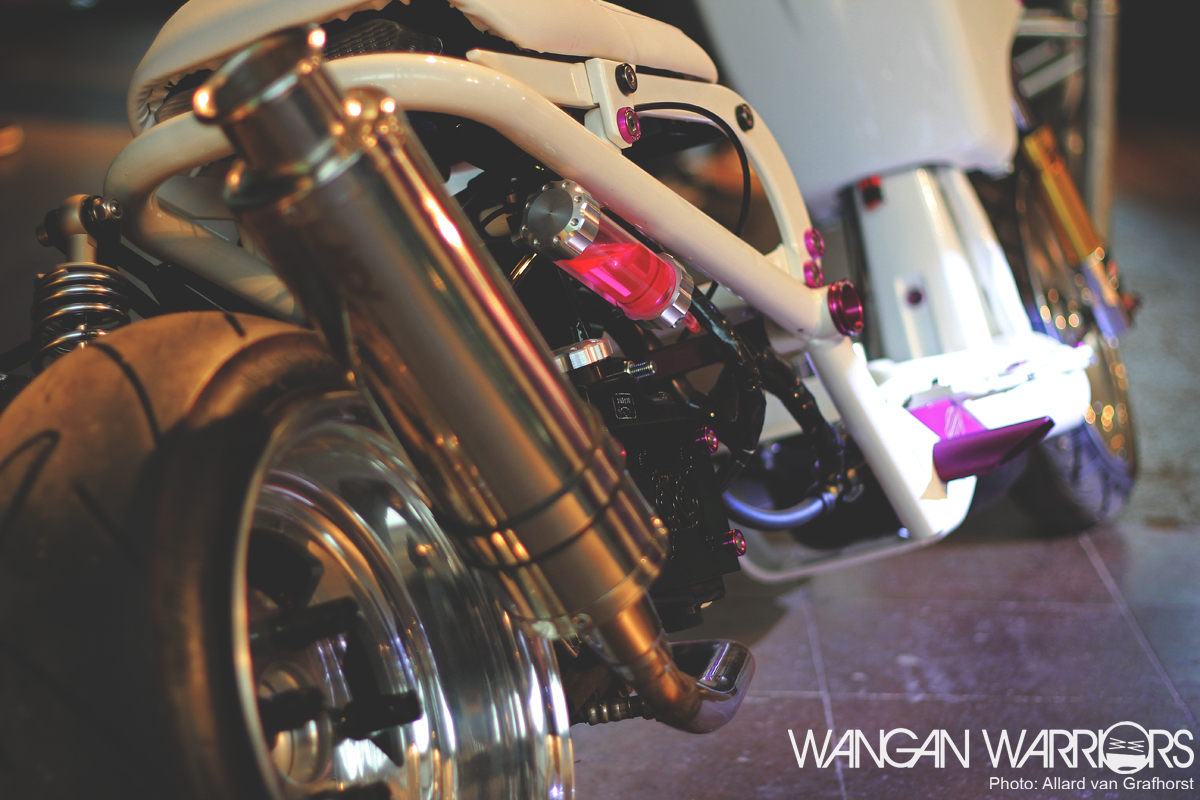 Or people like Inne and Michiel from Stickerdump who have supported us throughout the  years and finished their Ruckus just in time for #WNGN. The detail on this thing is amazing by the way. You really should see this in person just to appreciate the work that’s gone into this beauty! 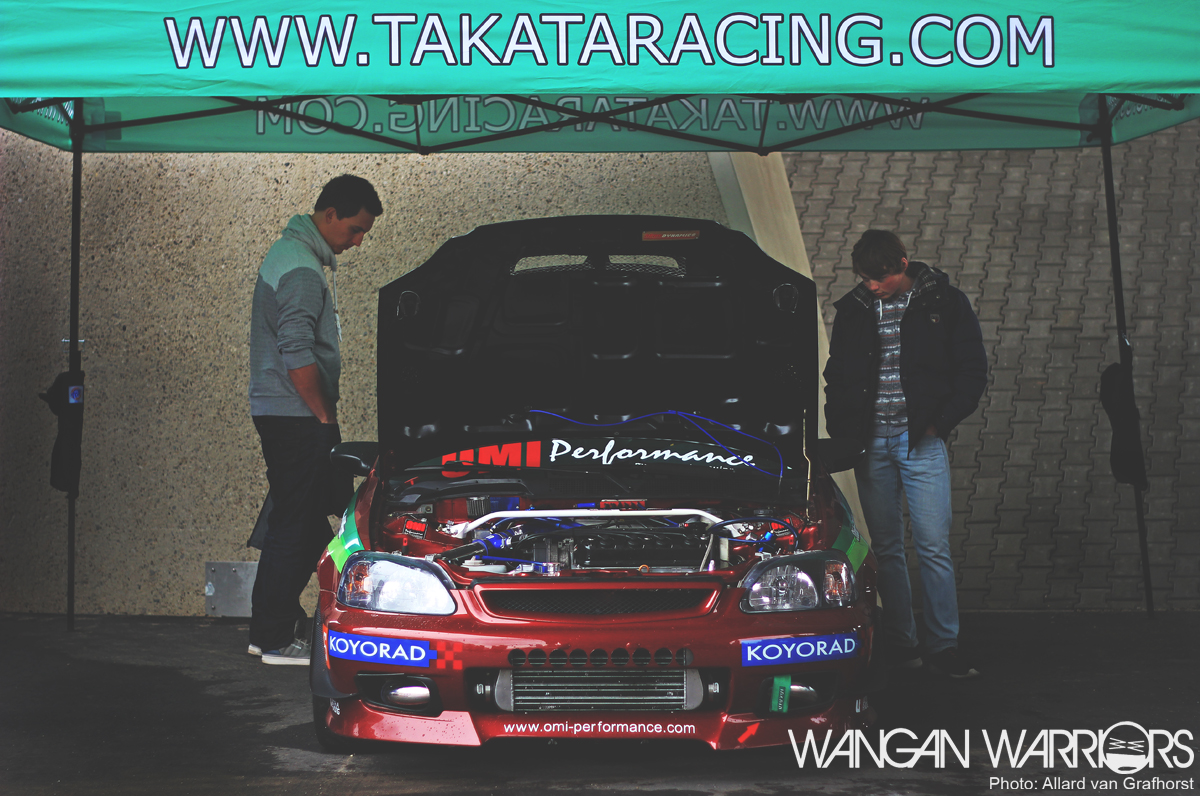 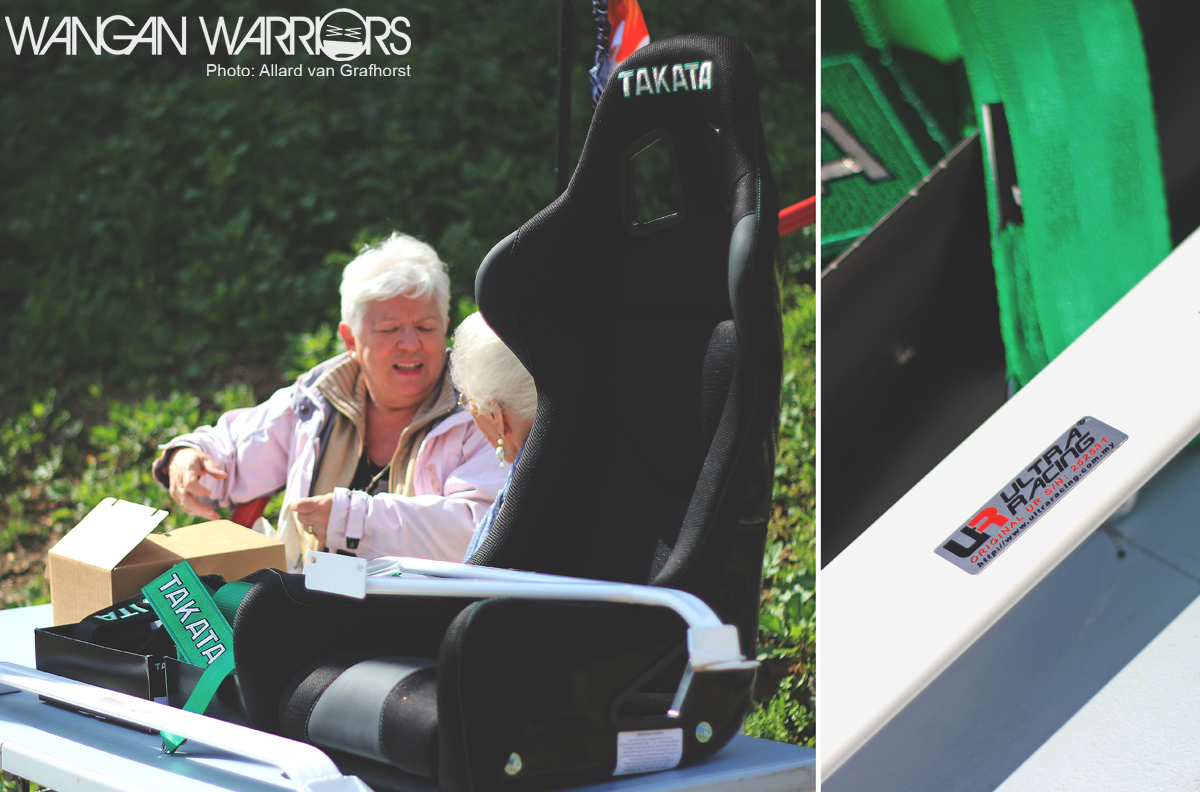 The good people of Takata where nice enough to sponsor us two harnesses and a bucket seat for our raffle while Showoff Imports provided us with not one but two chassis braces from Ultra Racing! We can’t thank them enough for this! 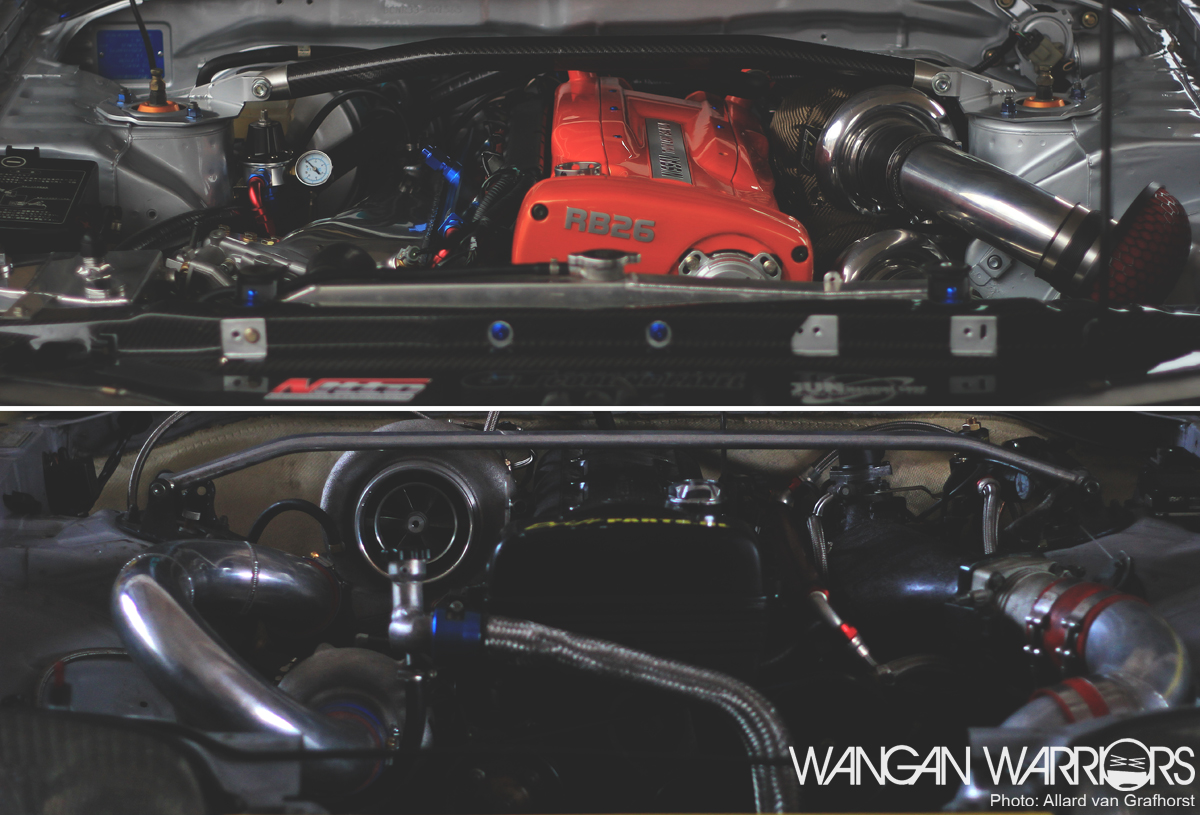 For me there’s just one problem with evolution and growth. It’s a first world problem, but I’ll try to explain. You see, I meet a lot of people as a photographer and most of these people come to visit the same events I shoot. Now the thing is that I take some time for a chat with almost all these people. Which leaves me less time to shoot at said events because of this! But I have a solution for this “problem”! Events should last longer so I can shoot more. Sounds like a plan right? 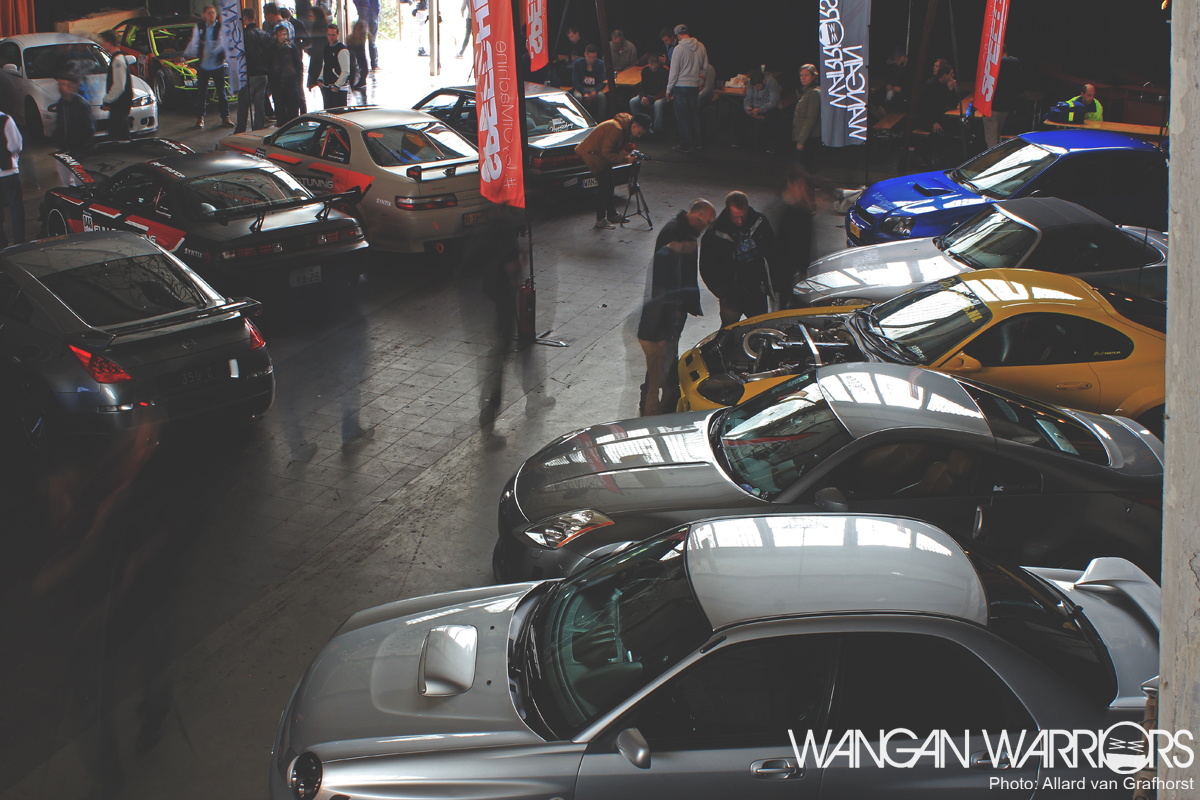 For now the circle is complete. From a small bunch of enthusiasts to a club with a healthy organization, a forum with members from all over the globe, a well-maintained blog and now with an event of our own. 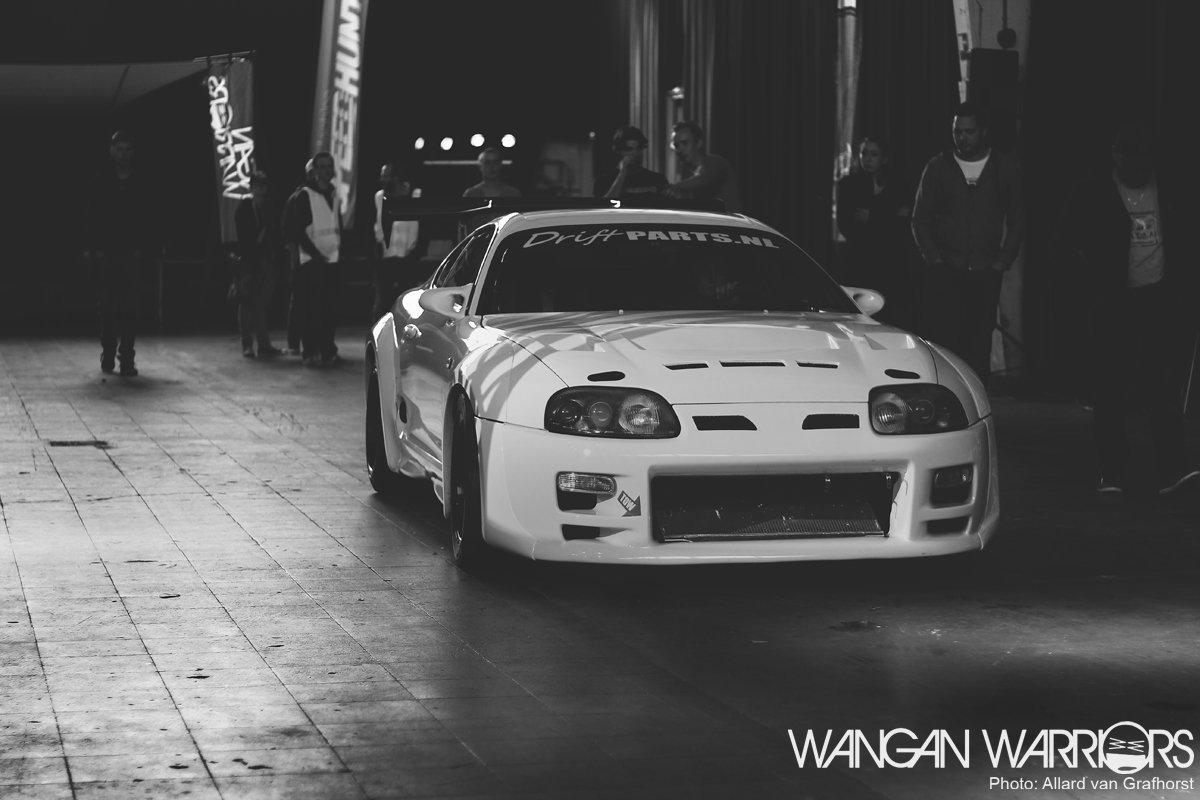 An event which started with a bang. It couldn’t have gone any better if you ask me! 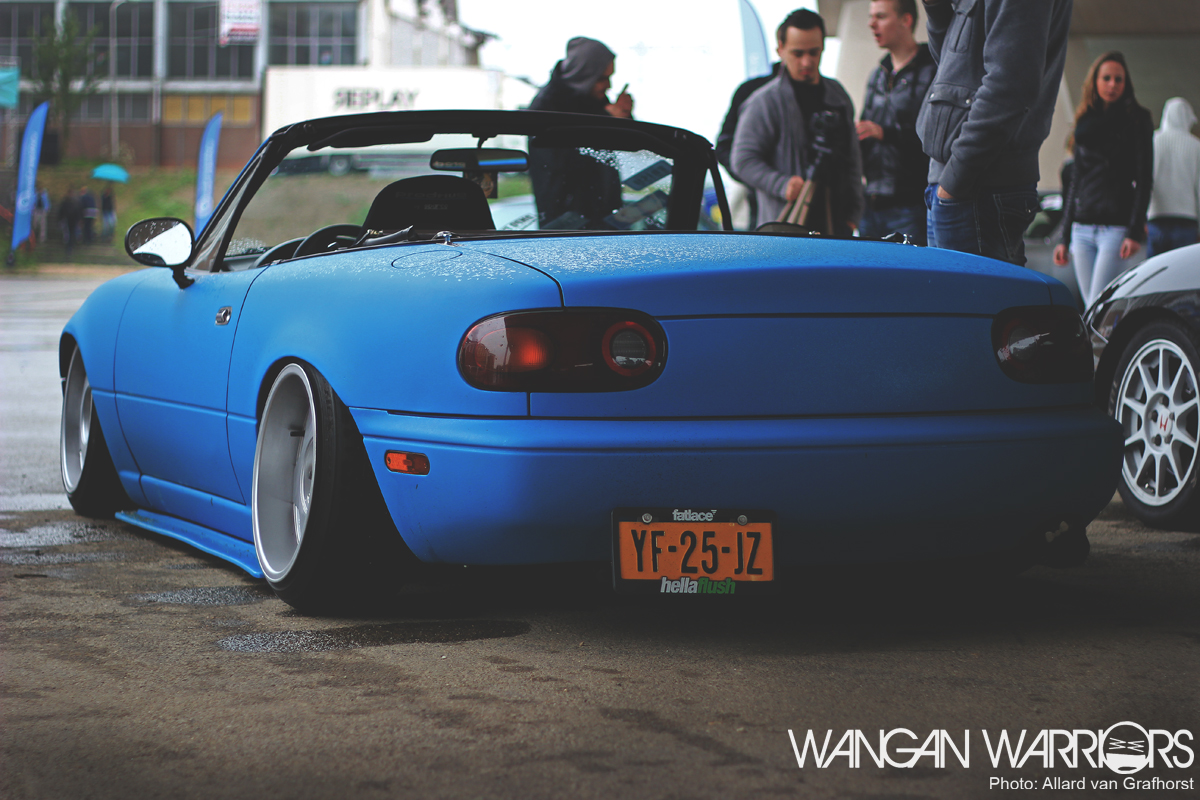 Of course we can’t please everyone. But I can assure you that if we could, we most certainly would! But that’s the beauty trial and error. Because if you don’t try, you can’t fail. Or as my mother always says; “it’s better to regret something you’ve done than regret that you did nothing!” 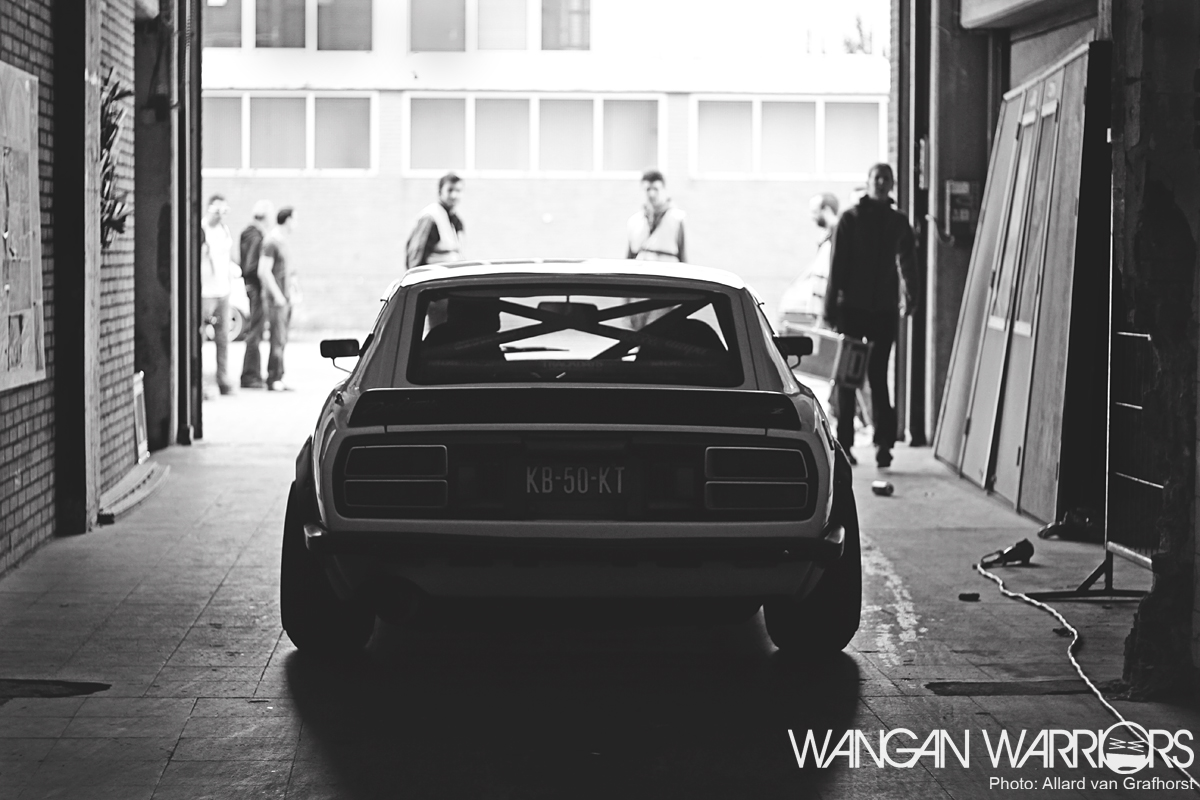 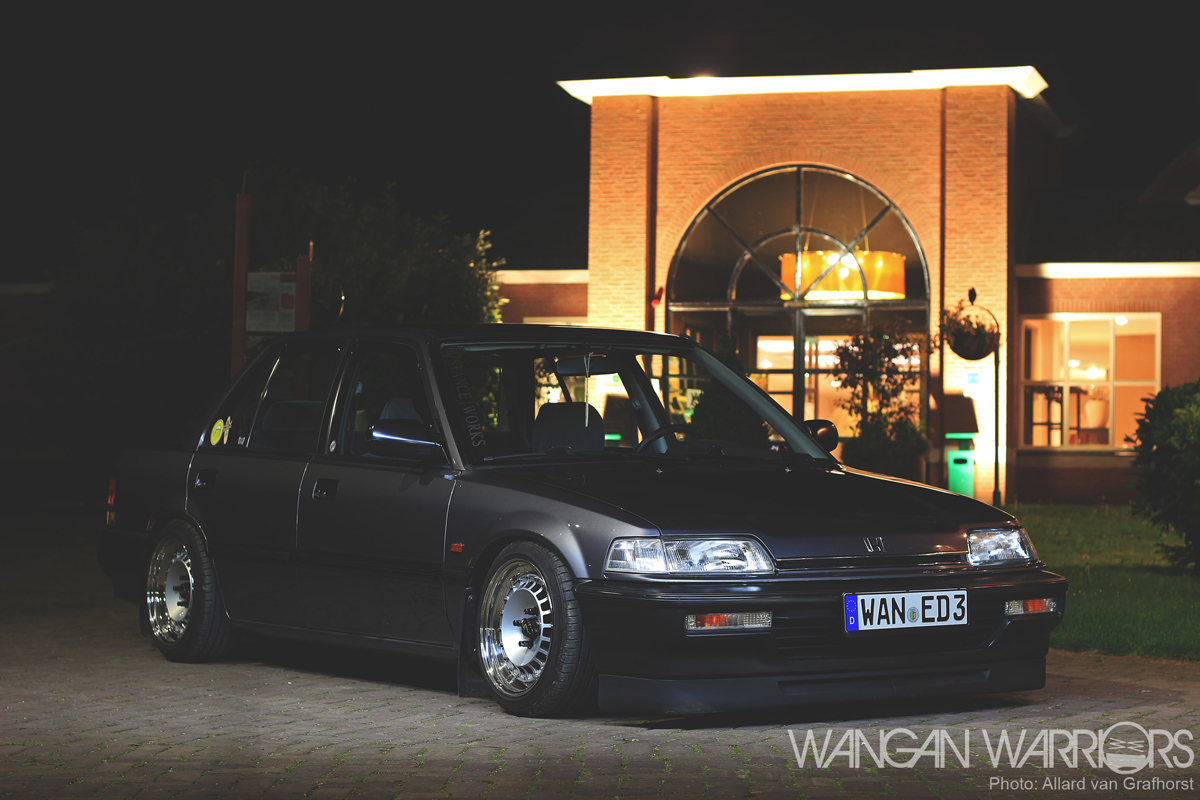 Or I wouldn’t have shot this very clean Honda EF saloon at the hotel on Saturday night  for a future blog! 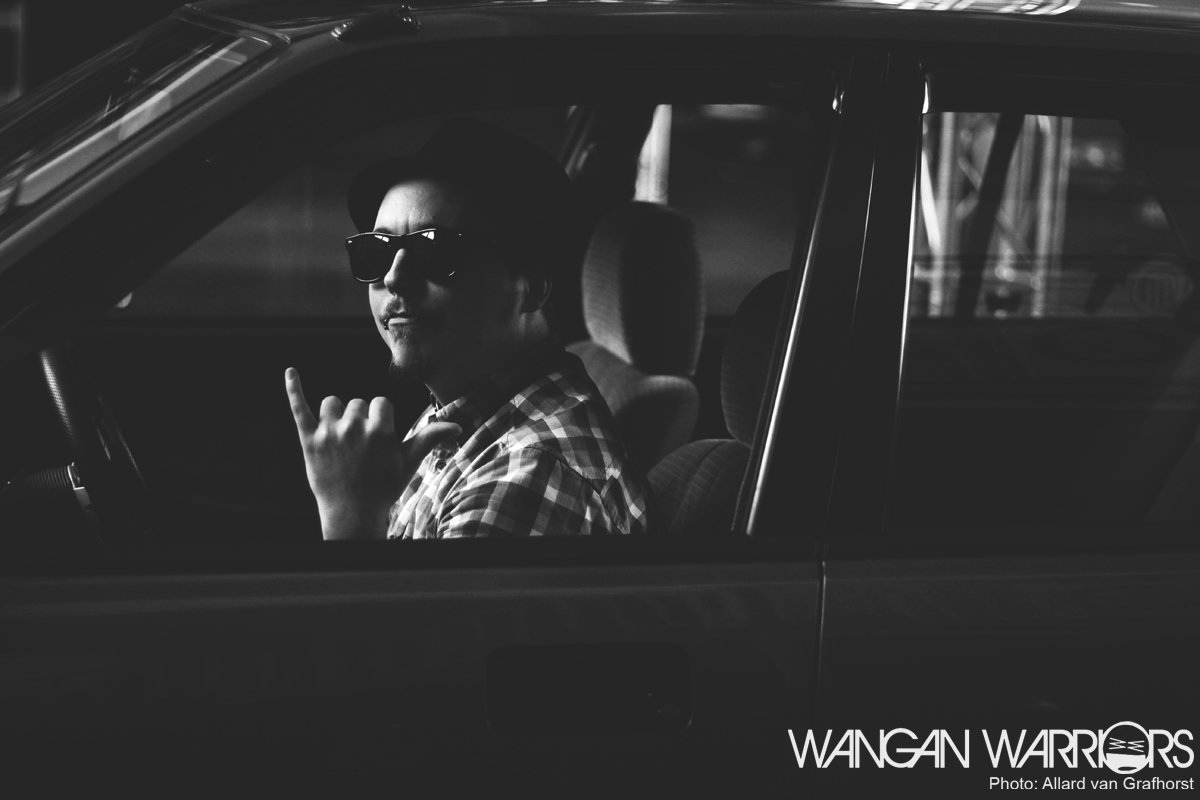 Or I could tell you right now that this is probably the last event we’ve organized.
But it’s not. Because it was a great success, with great cars and some great people!
So rest assure, we will be back and we will keep on climbing the ladder of evolution.
In fact…