Hachiroku. Initial D. Keichi Tsuchiya. Just some numbers/words/names to some, the start of a life dedicated to drifting for others. Introduced in 1983 it was the last of the rear wheel drive corollas and proved to be pretty popular amongst car enthusiasts and not just amongst drifters as it’s been just in a European GT classes, Japanese and US Group A and N classes and even proved a popular chassis for rallying.
But alas, like I said it was the last of the RWD corollas and although Toyota still proved to be capable of building iconic sports cars like the Supra or MR2 it took some time before they would develop a new, affordable front engined, rear wheel driven sportscar. 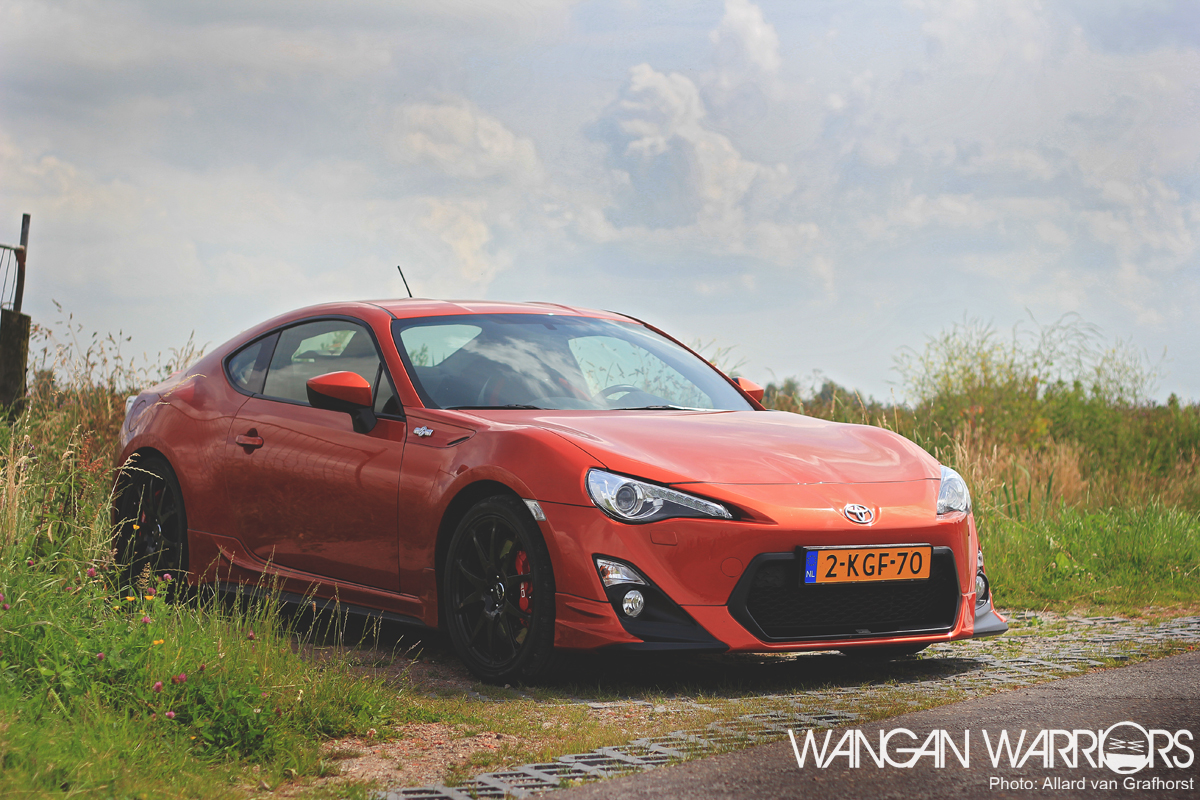 Skip to 2009 when out of the blue Toyota presented the world with the FT86 concept but it would take another two years before Toyota, Subaru (the BRZ) and Scion (the FRS) would unveil their final concept to the world. Finally, in 2012 the car was available at your local Toyota/Subaru ,and if you live in the states, Scion dealership. 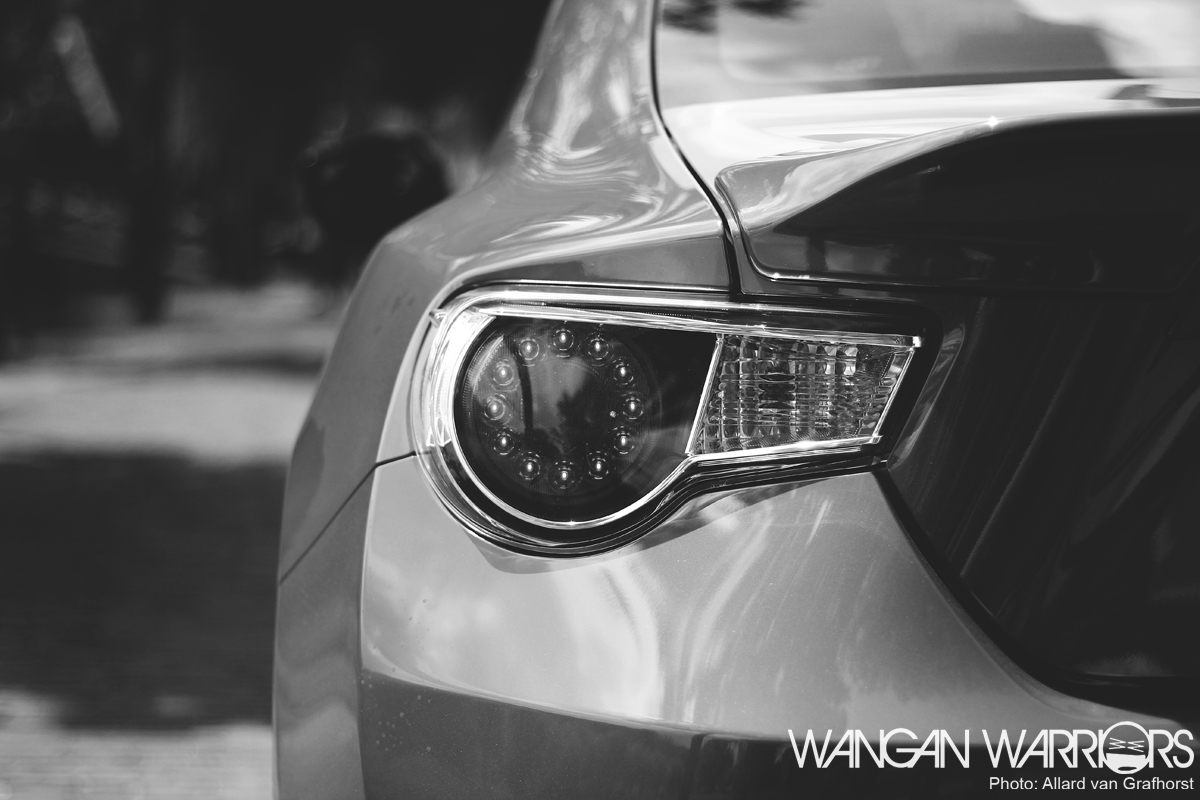 It proved to be an instant sales hit around the globe and tuners around the world made sure to jump on the bandwagon because let’s face it, it was a while ago that a Japanese brand launched an affordable sportscar on a global scale! Funny enough it seems that Europe is the only continent that hasn’t embraced the GT86 just yet so I must admit I get a little jealous when I see another gorgeous, tuned, stanced, wide bodied GT86/BRZ/FRS pop up on the world wide web. 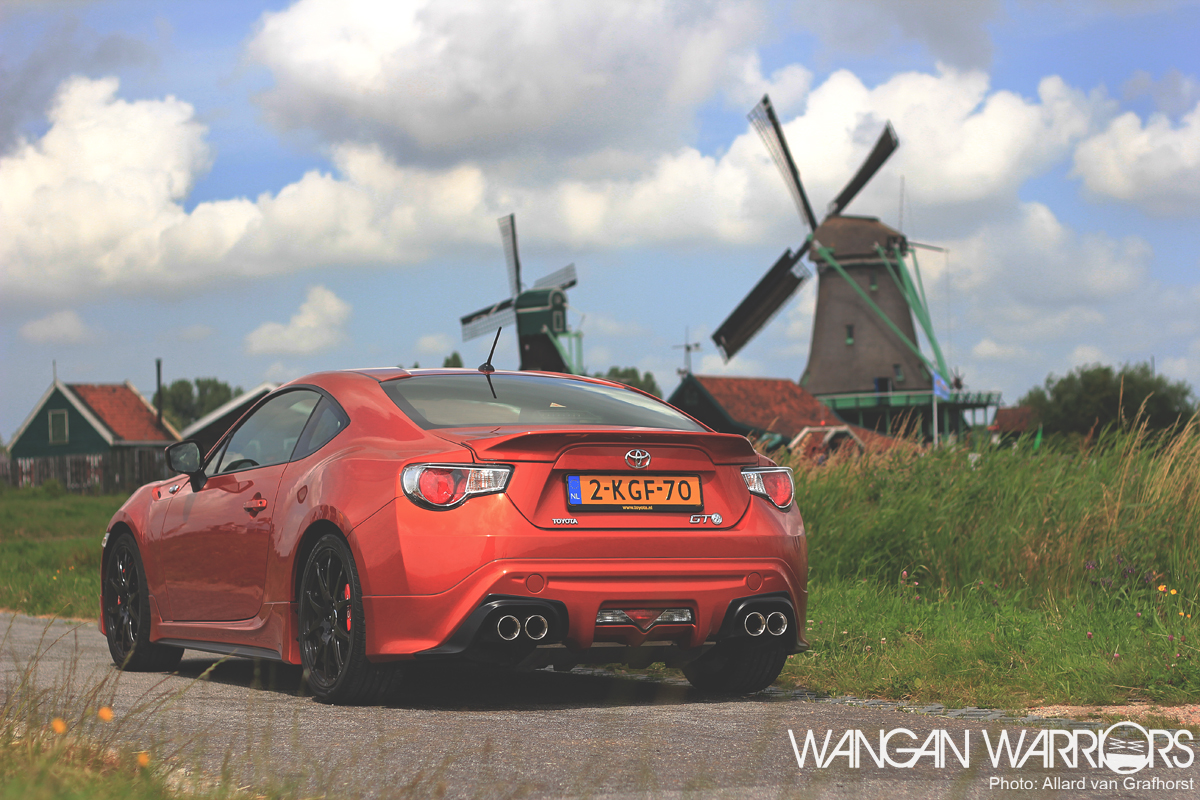 So when Odiel Mennink from FemmeFrontaal asked me for a date with the GT86, the TRD version no less, I finally got to see and feel what the fuzz was really all about. I’ve had encounters with these cars before and even spotted them at the 2012 Tokyo Auto Salon but this would be my first, sadly short, time behind the wheel! 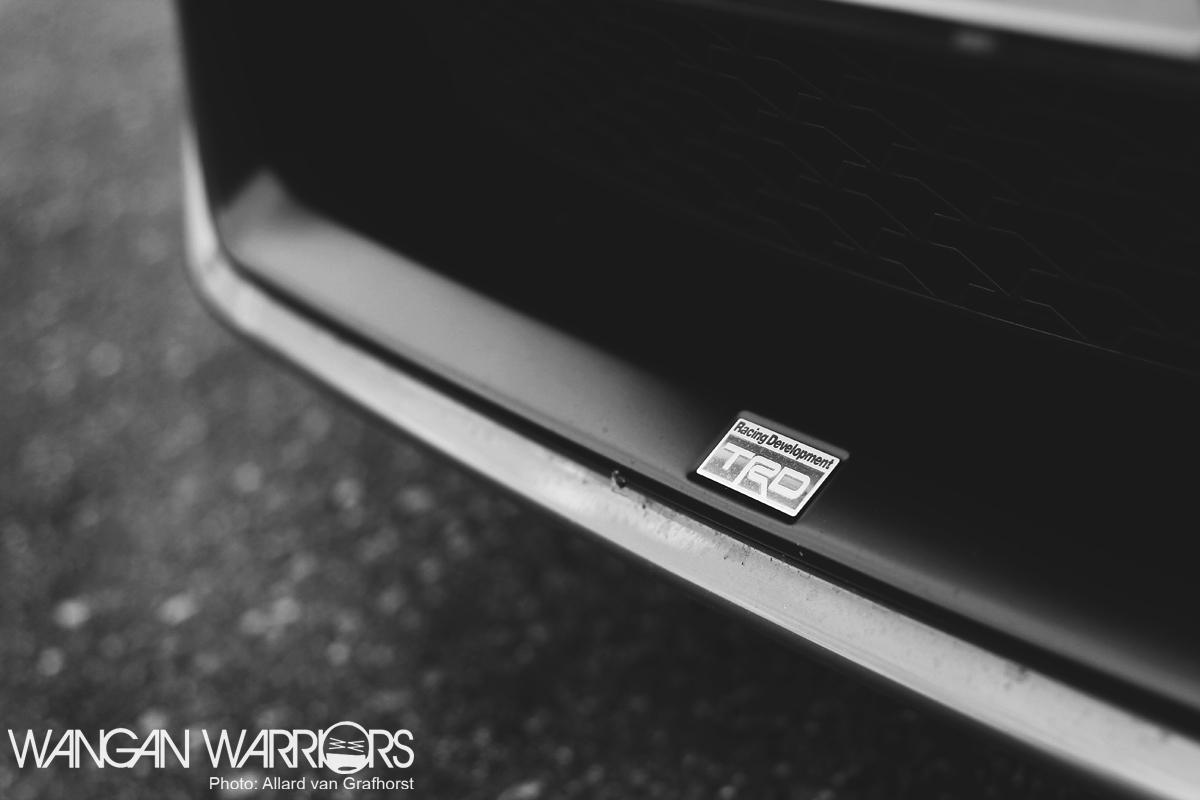 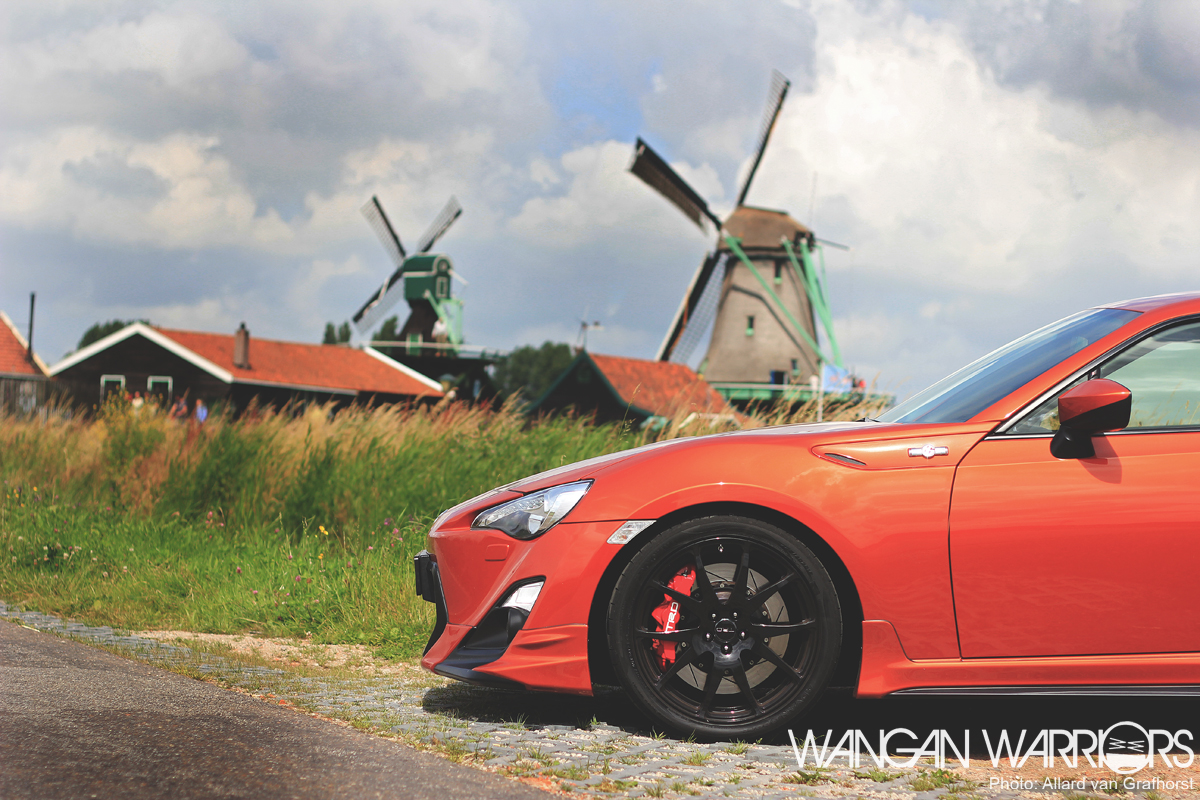 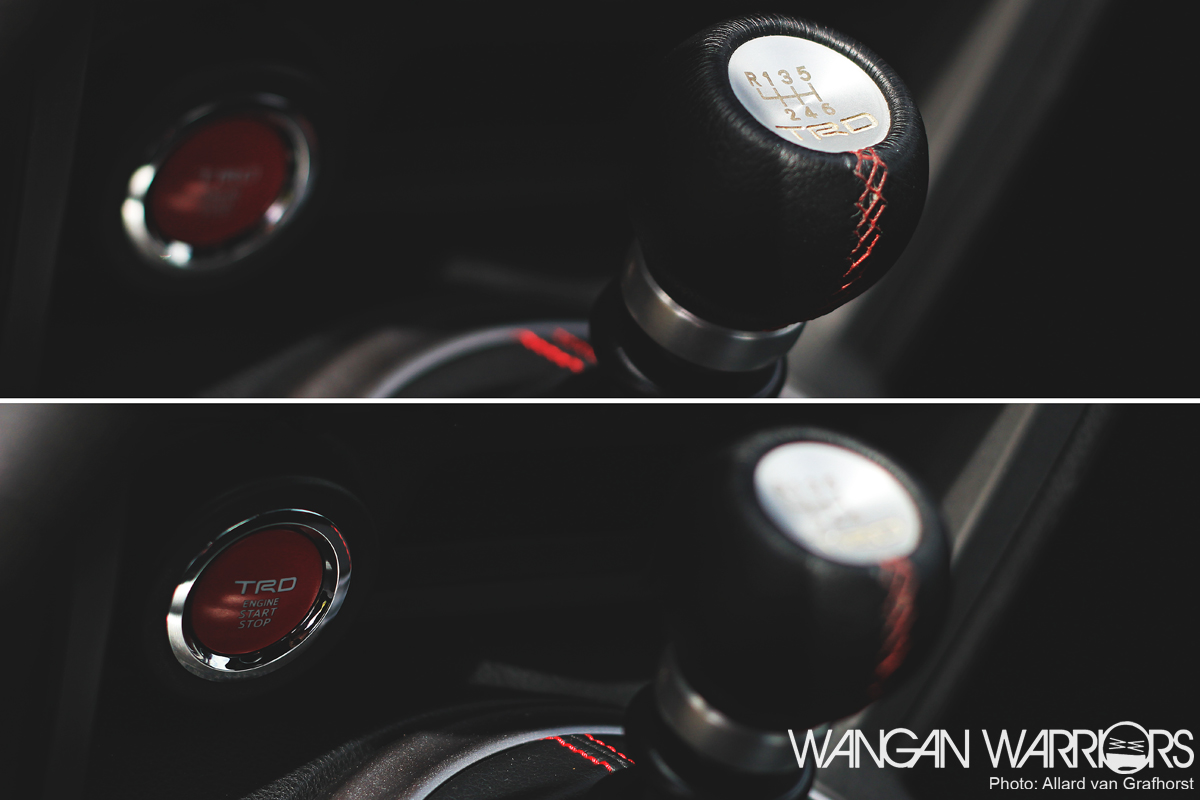 … and last but not least a TRD shift knob and TRD starter button, the GT86… wait for it… TRD sure looks more aggressive than it’s “normal” version. It drives aggressive as well but I can’t help but think that Toyota could have gotten more out of the 200bhp, 2.0 liter boxer engine. It’s been debated to death but why not use the 2.0 or 2.5 liter subaru turbo boxer? 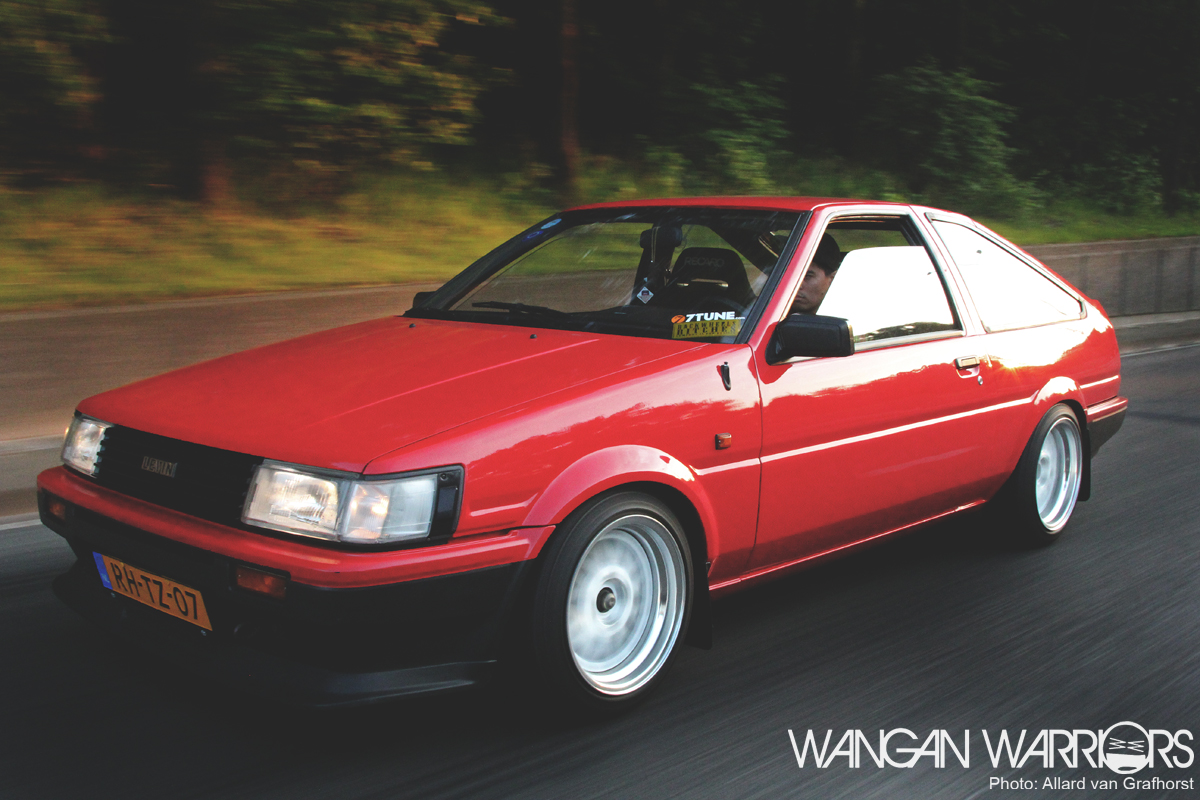 But I have to admit that if the GT86 has inherited anything from it’s illustrious predecessor it’s the drivability and the feeling your in total control! It’s a drivers car, just like it’s father! 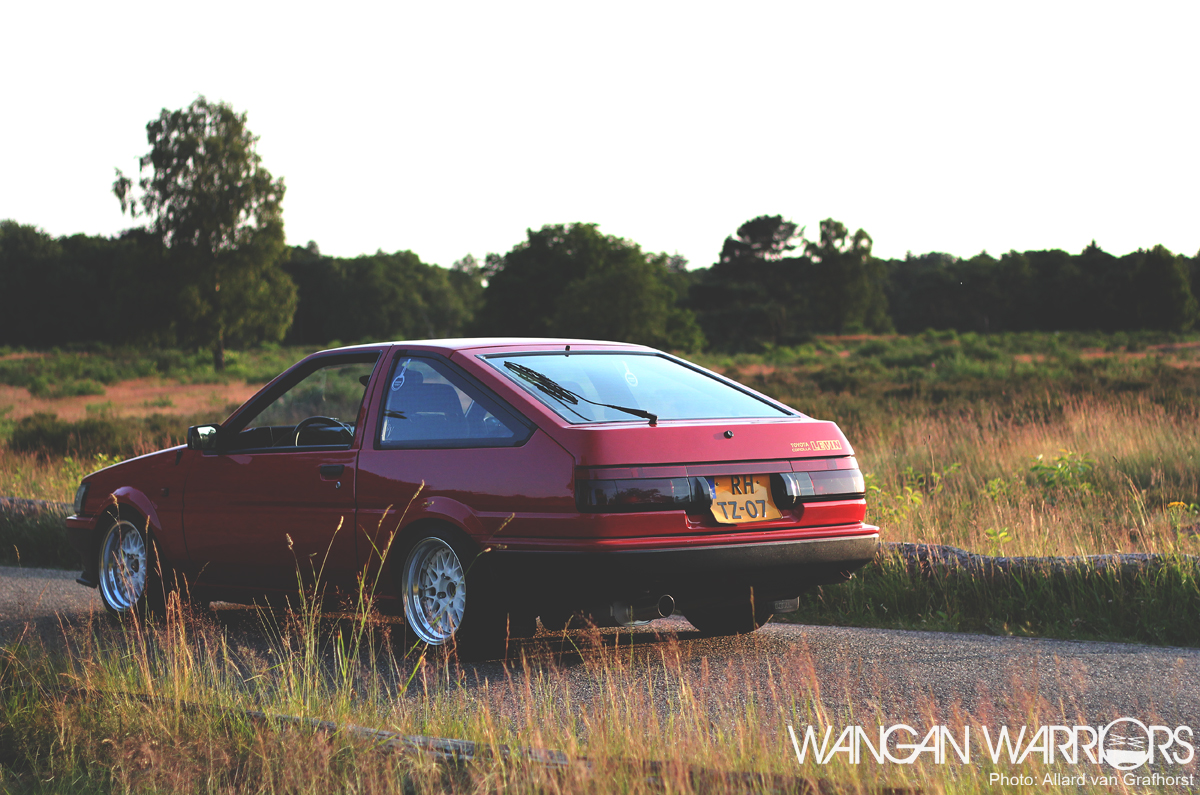 You see, I’m fortunate enough to have a friend that happens to have one of the cleanest AE86 Levin’s in the Netherlands. And seeing as it’s 8-6 day I though it would be a nice idea to compare the two. Well, of course it would be impossible to compare them seeing as there’s almost 30 years between the two… 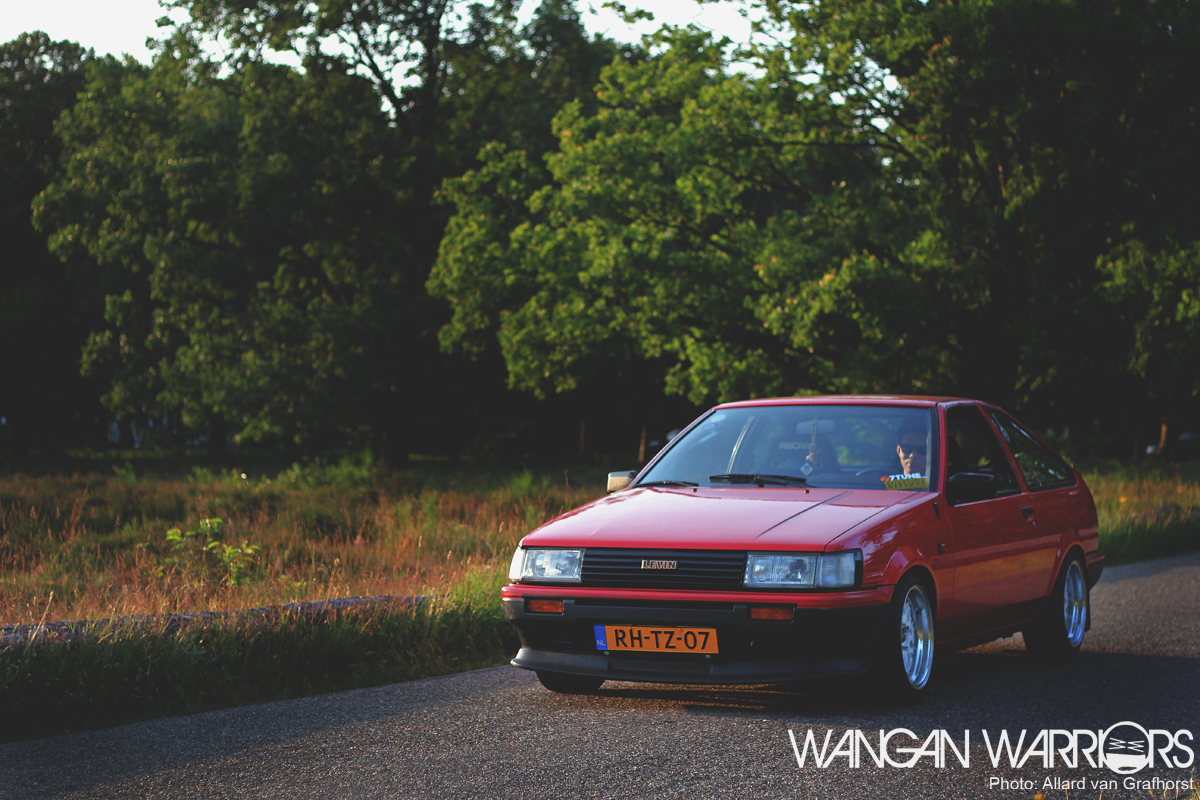 … but still, there are some striking similarities between them. I’ll point out just two of them here.
– #1: The AE86 was revolutionary in it’s design and simplicity back in the day while still being affordable. It wasn’t exactly a high powered car… 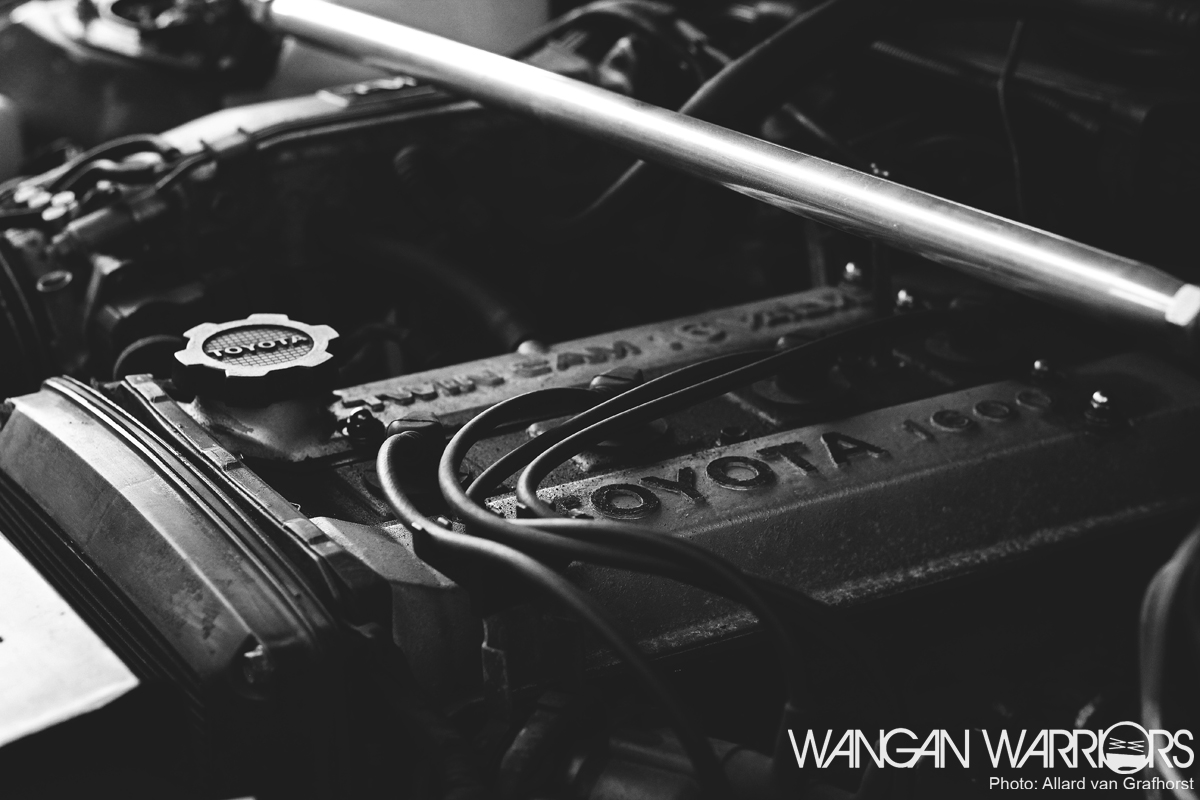 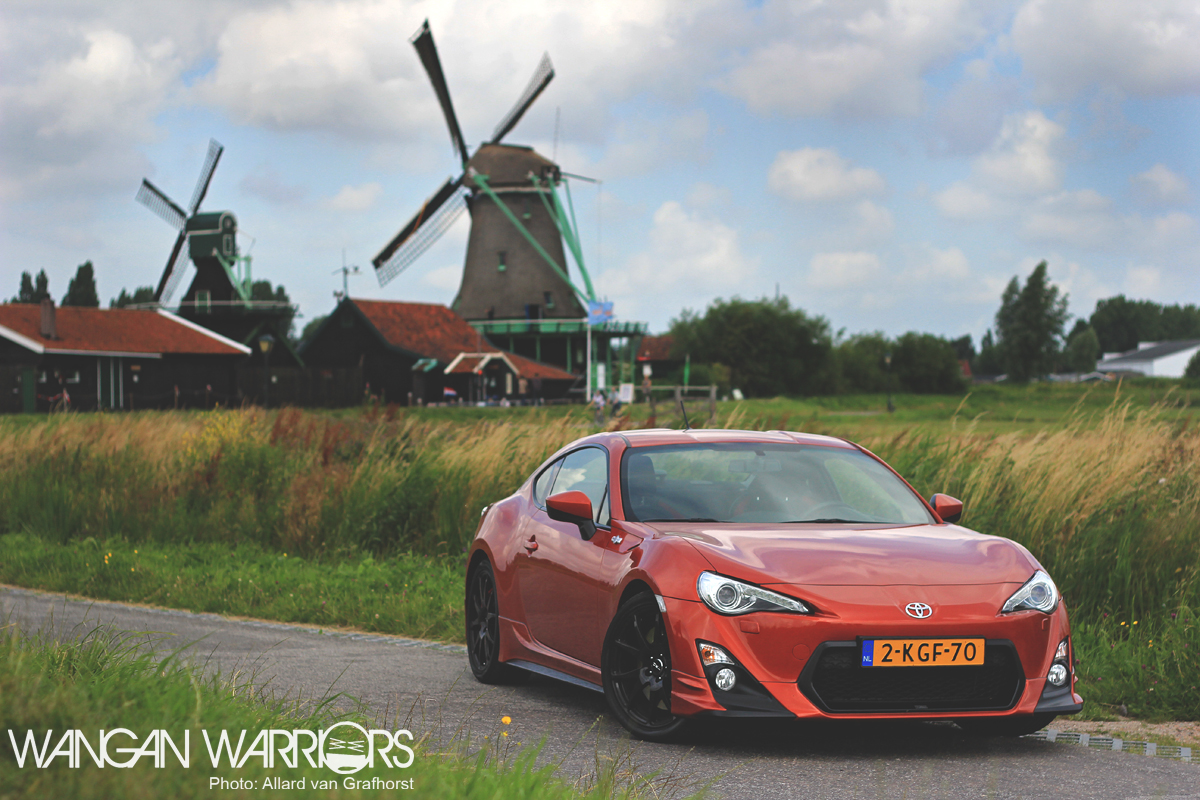 The same can be said about the GT86. While it’s not the big horsepower car we want it to be it still feels nimble and while it may not be as revolutionary in this day and age compared to it’s father then, it still is a reasonably affordable sportscar that gives you a proper bang for your buck. There’s one but, a lot of the TRD goodies are optional  and those options aren’t cheap. The brakes for example are a staggering 10.500 euro! But they are worth every penny and for that kind of money you can brag at a fellow petrol head that your brakes cost as much as the Fiesta next door. 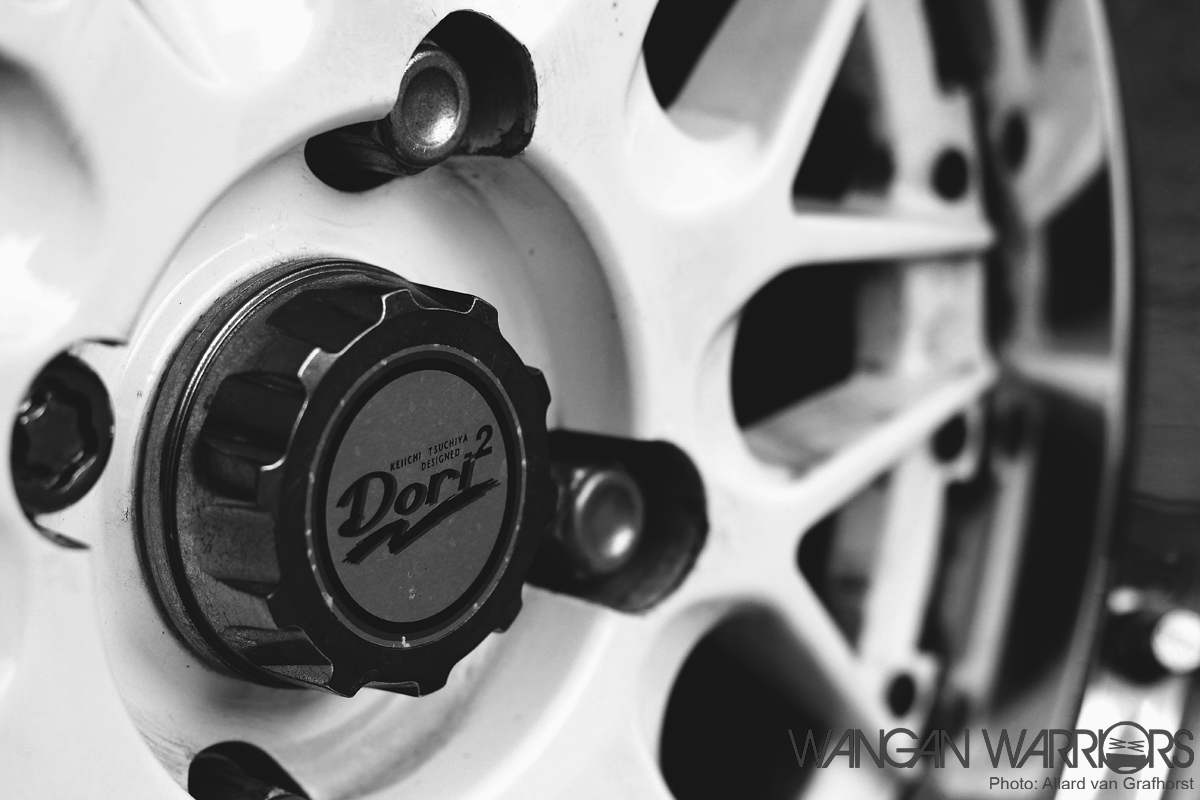 – #2: Being a nimble, affordable and popular sport car gives you an extra advantage.
You get embraced by the tuning industry! While there are still new products coming out for the AE86 30 years after production started the same thing goes for the GT86.
You can get anything you want for it and most of the body kits, suspension upgrades, tuning accessories and what not where available within six months of it’s release! 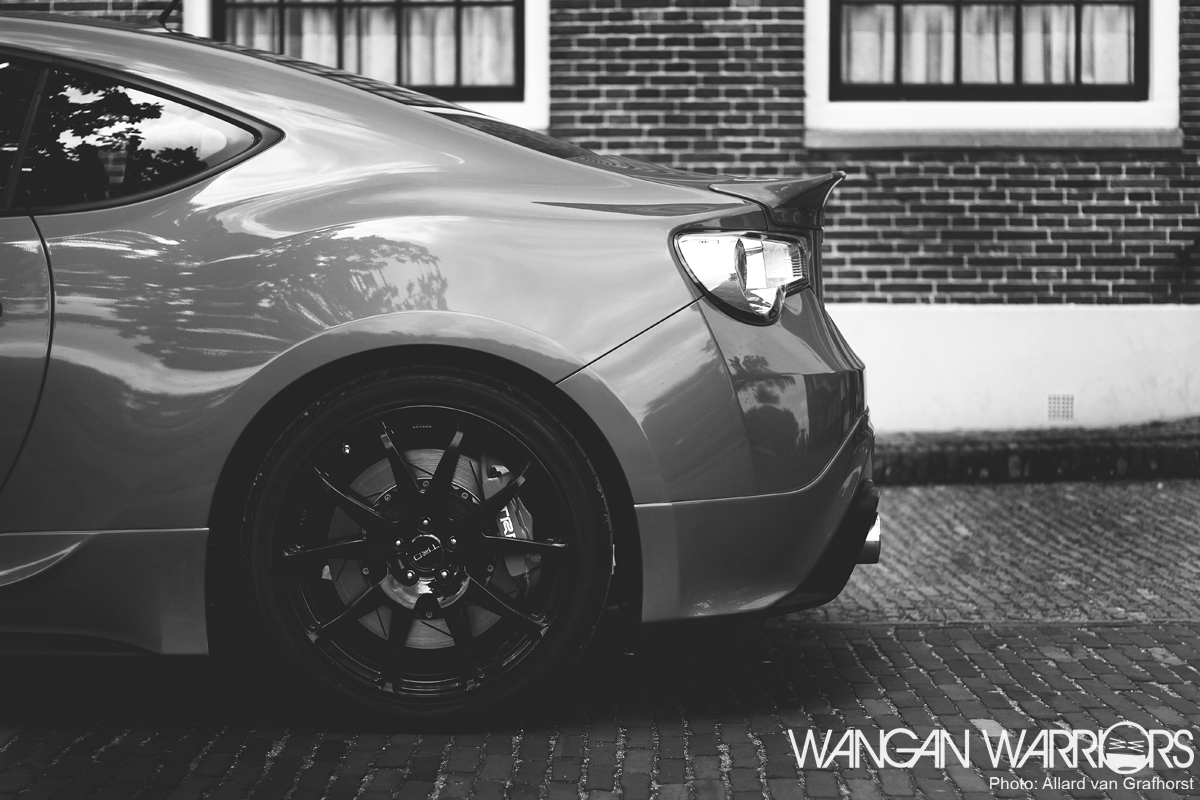 That also gives the GT86 all the more room to become a future classic even with “just” 200bhp. Because there are options aplenty to give those numbers a big boost and if you have the time and money you can always put a 1/1.5/2JZ in it as proven in Japan and the US. 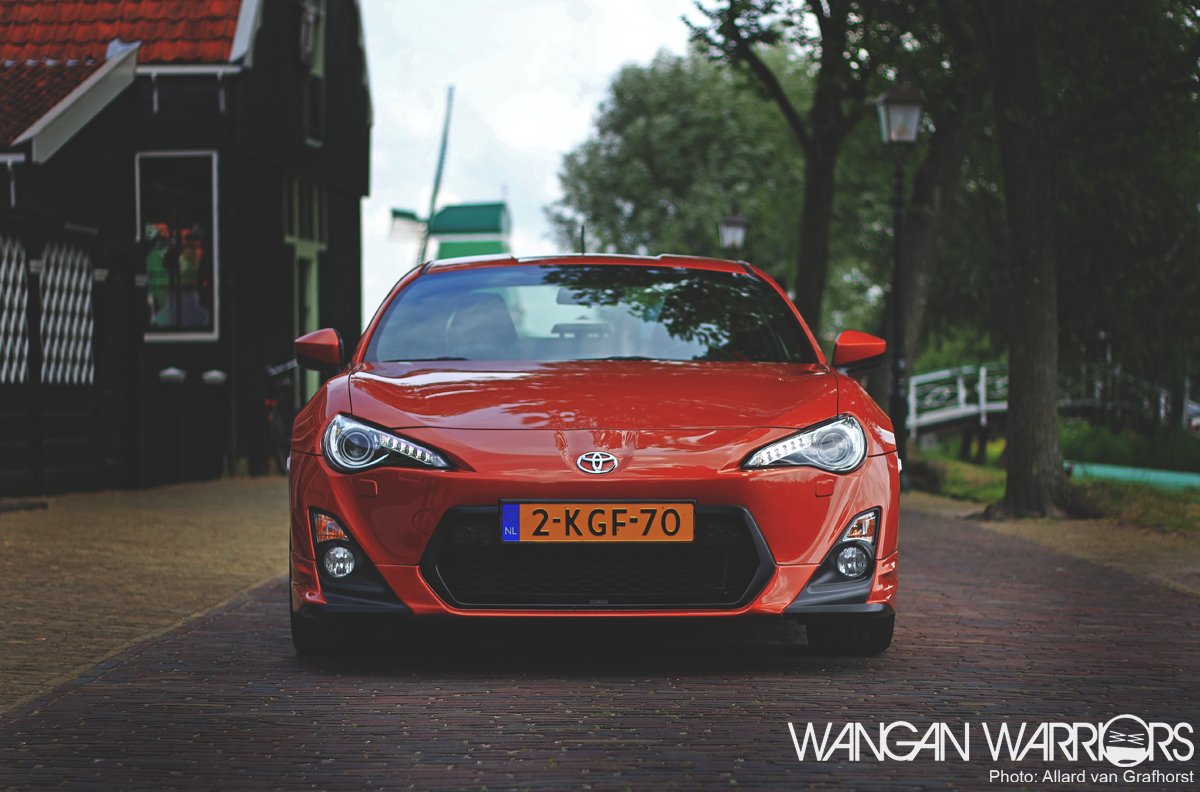 So, does the GT86 have what it takes? Can it live up to the expectations now that the novelty of being a new model has worn of? 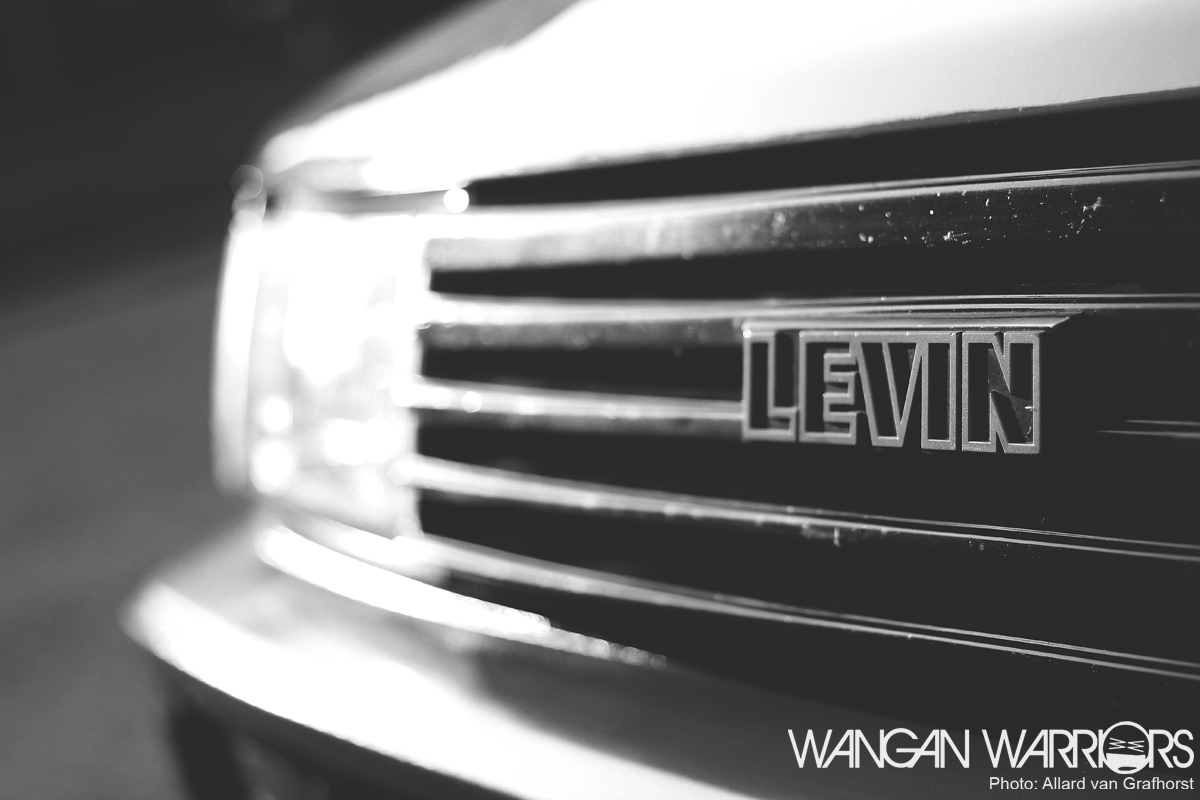 Can it live up to it’s fathers high expectations? Is it… a classic to be? 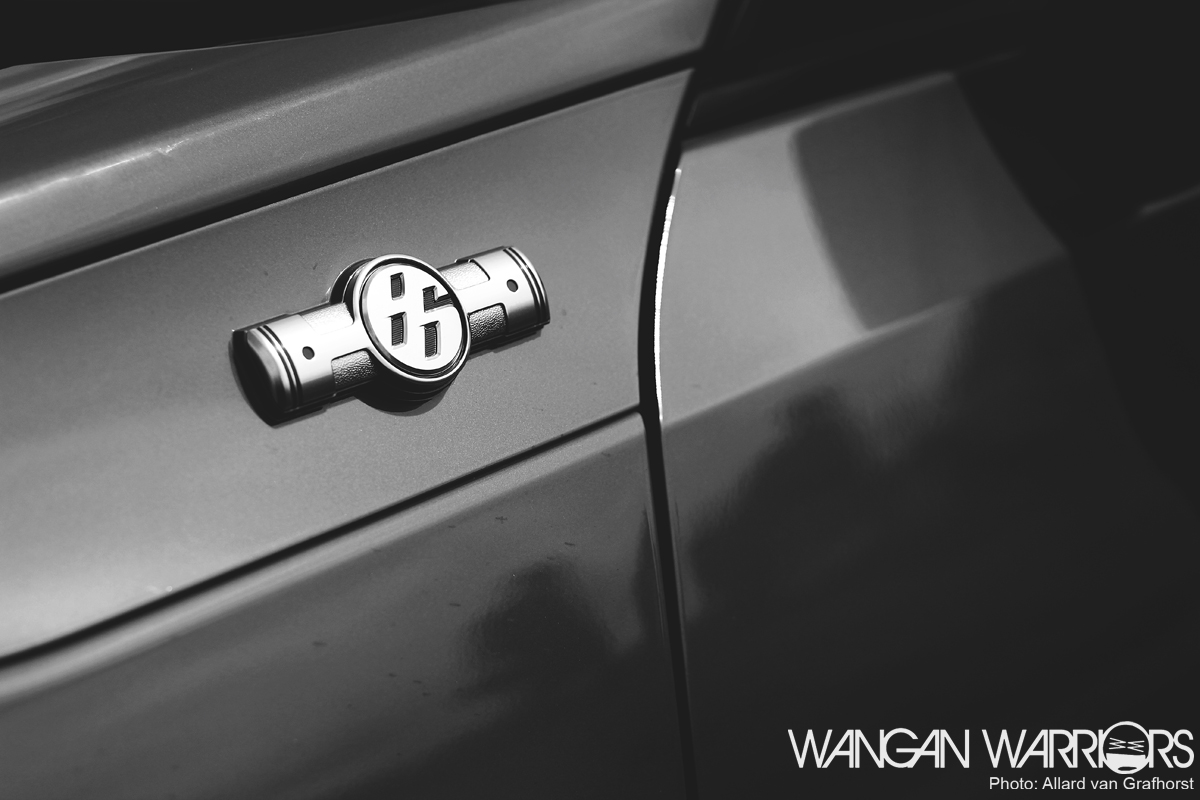 I’ve driven a lot of cars but not many with the potential the GT86 has. So with that in mind, I think the only right answer is: Yes, it’s definitely a classic to be! 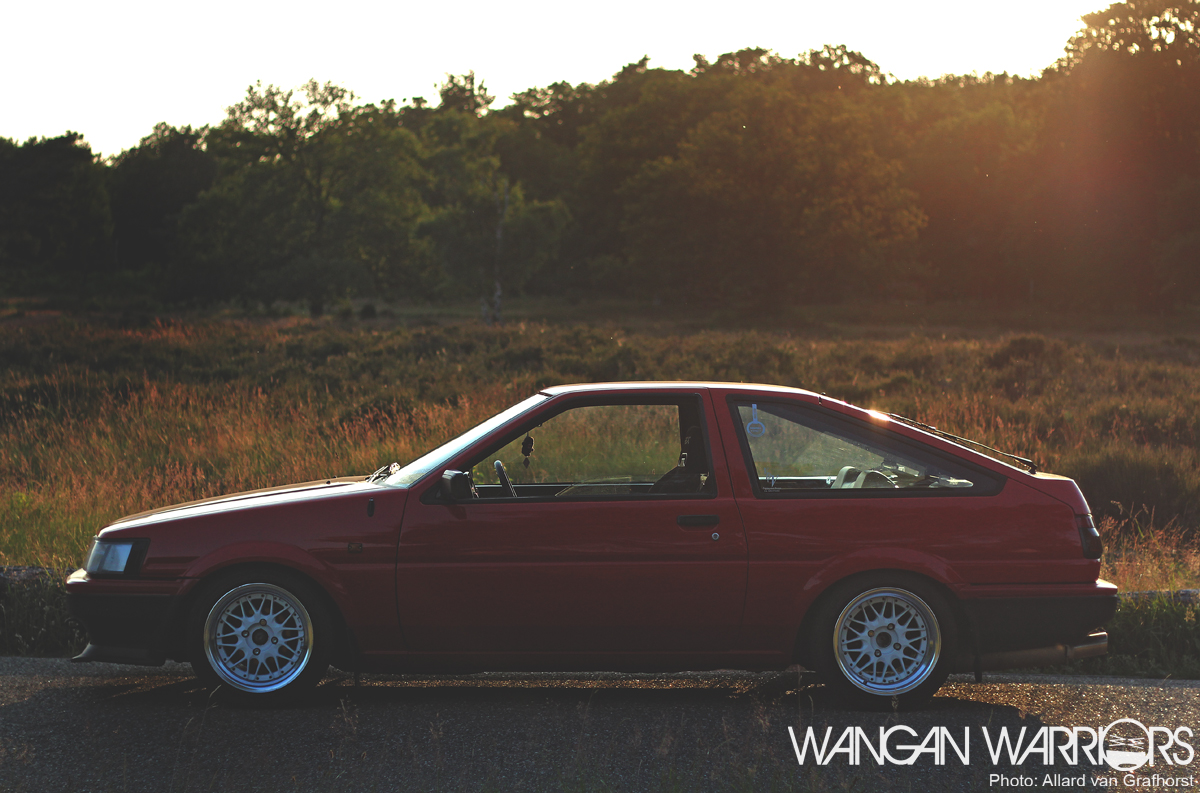 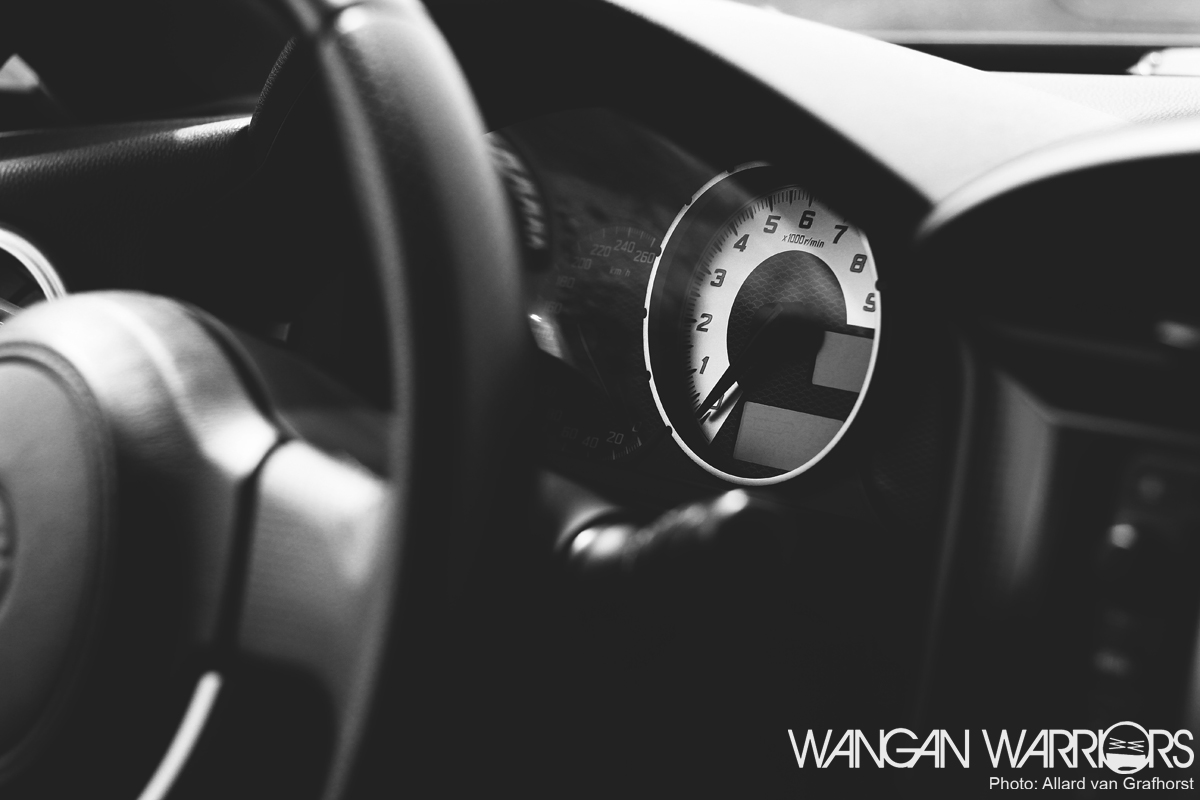 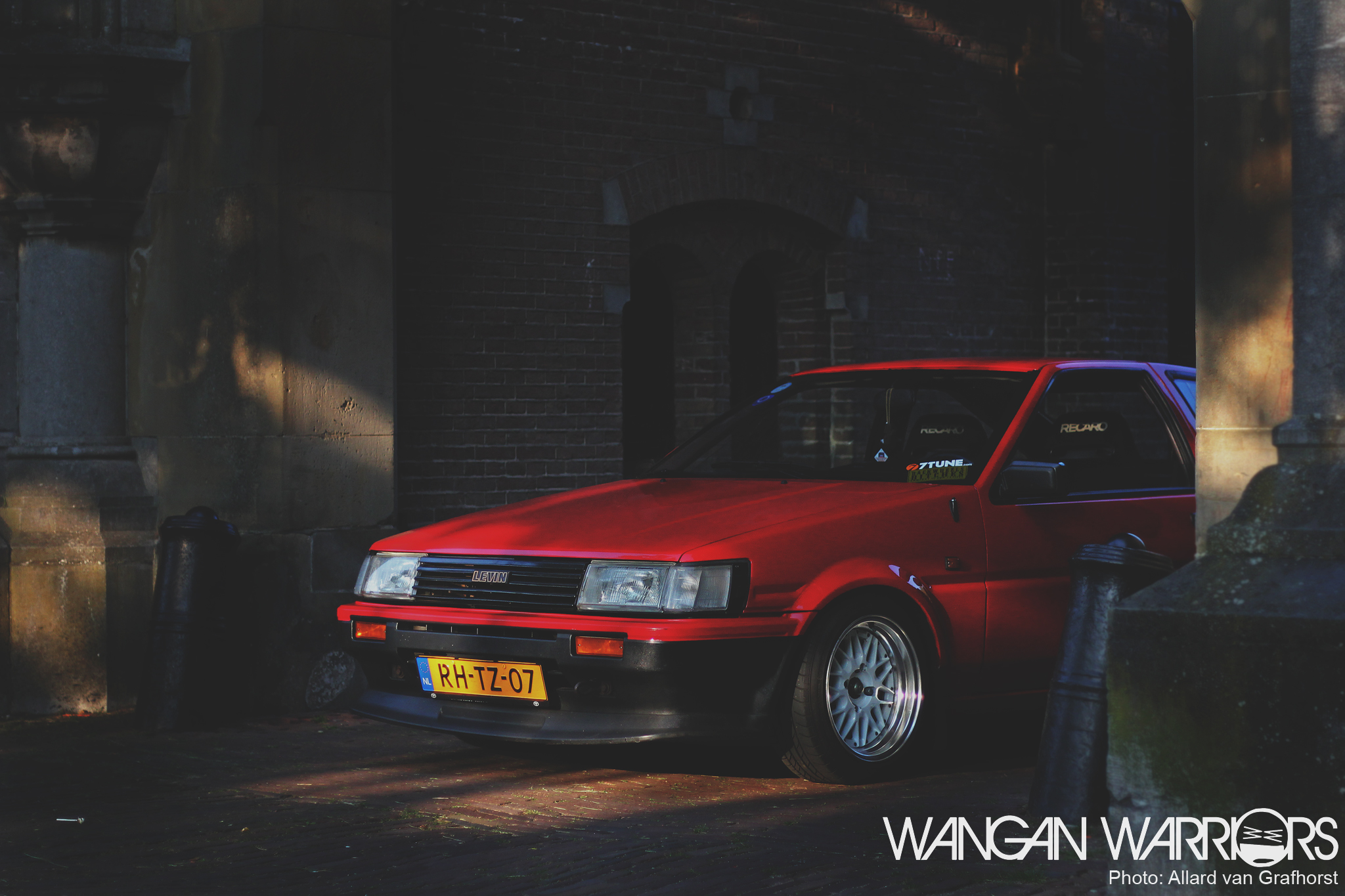 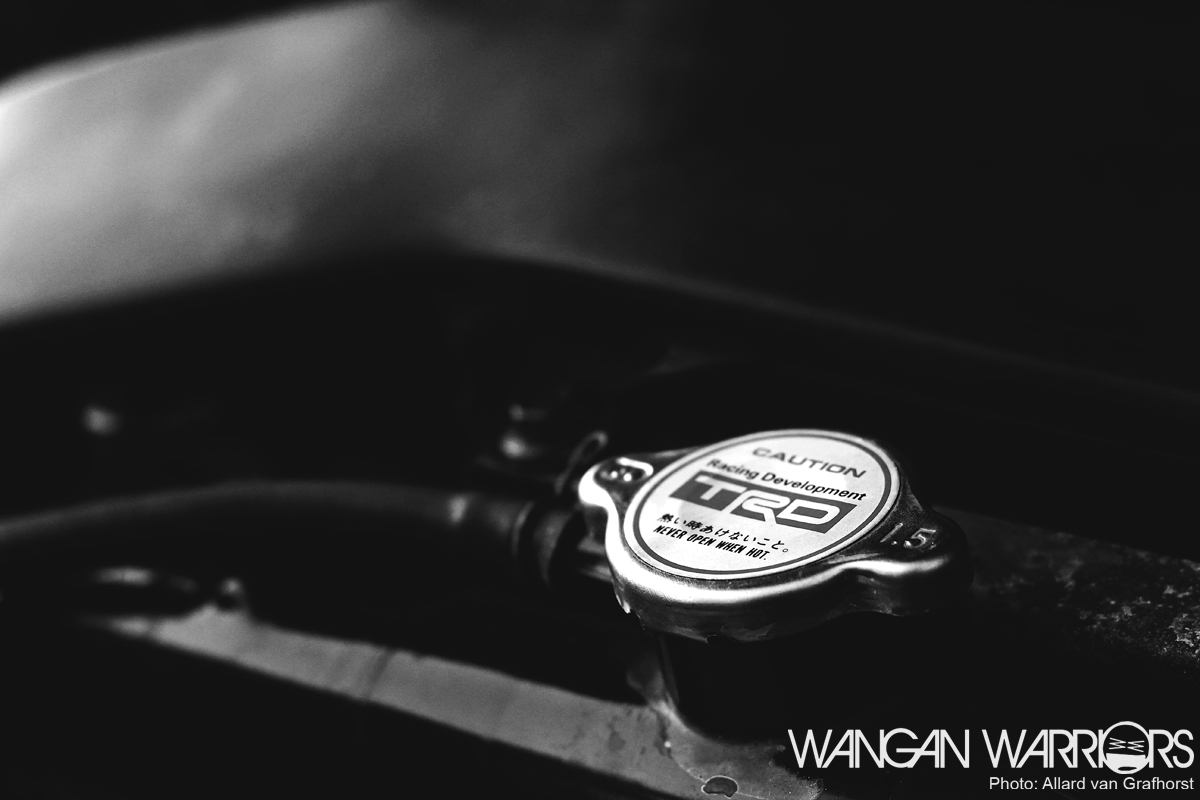 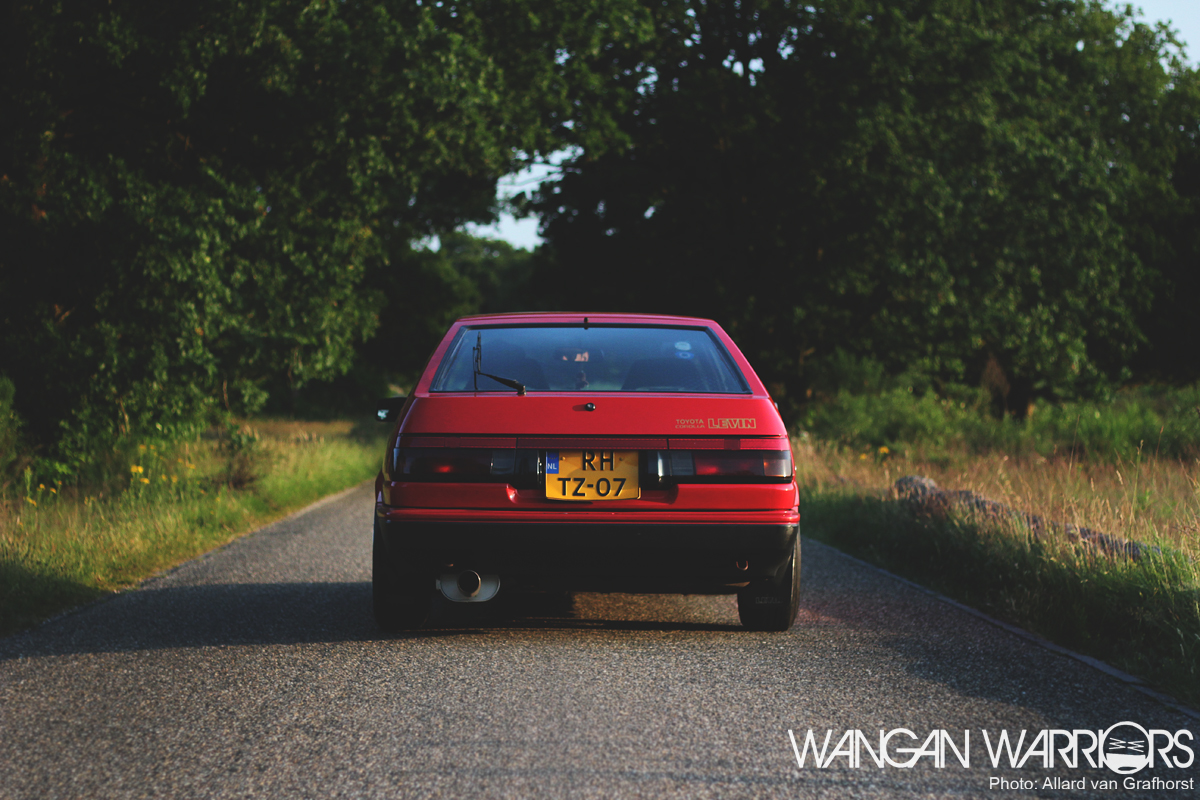